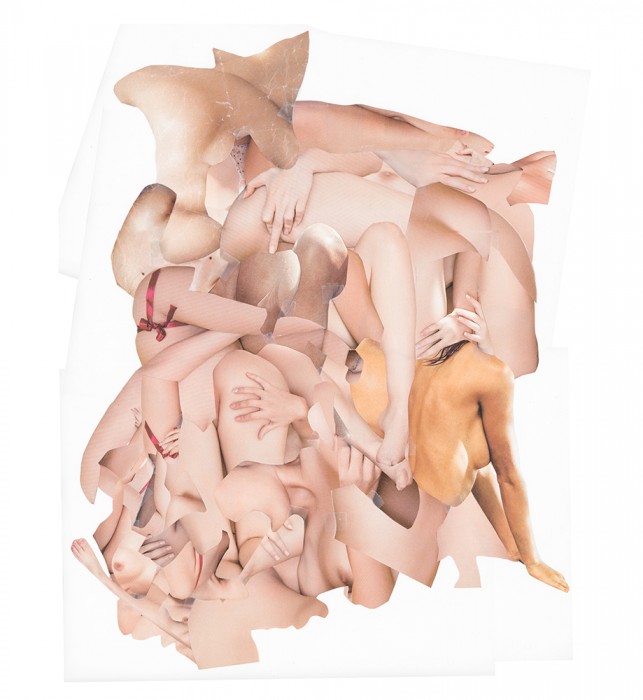 Autumn Elizabeth Clark was born in 1989 and raised in Rhode Island. Clark started making photographs in high school and took classes at the Rhode Island School of Design before moving to Milwaukee, WI. Clark received their BFA in photography from Milwaukee Institute of Art and Design in 2011 before moving to Chicago, IL to receive their MFA from the University of Chicago in 2015. Clark works in an array of forms including photography, collage, and video while focusing on social constructs, the ideas of truth and manipulation. Clark’s work has been collected by MOMA Library and New York Public Library after being in the LA Art Book Fair in 2016. Clark also exhibited work at Chicago Expo, 65grand and Baby Blue Gallery in Chicago, BOY TOY CHAMPIONSHIP in LA, Cinco Espacios en el Quinto art fair in Mexico City and VAR Gallery in Milwaukee.  IG: @autumnelizabethclark.tif/ 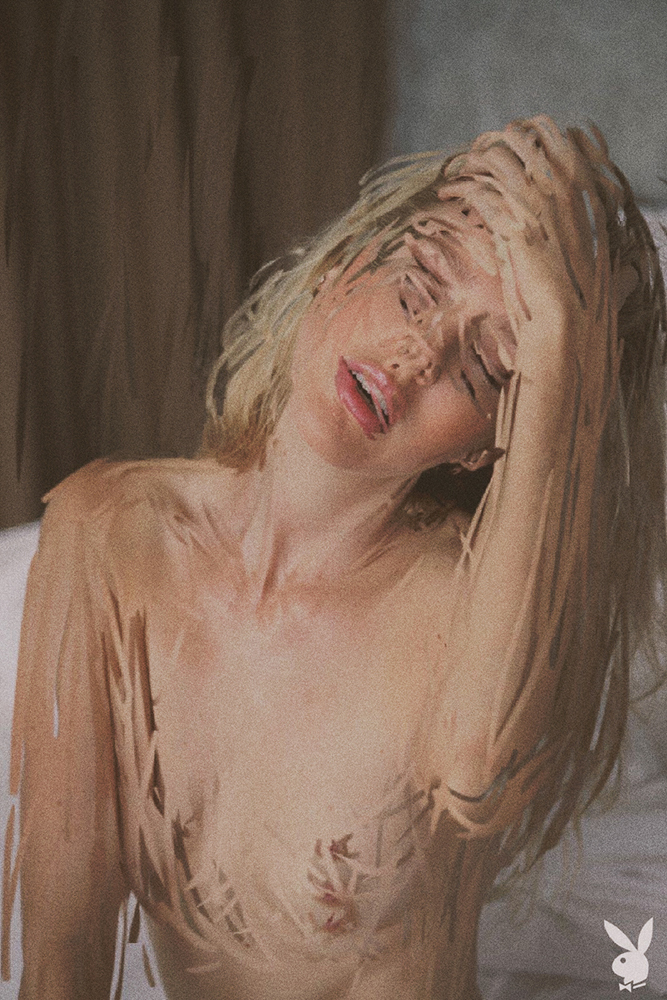 Fantasy plays a large role in my practice with photography being a magical process and medium with capturing light, lenses bringing things into focus that may have gone unnoticed, and its ability to transform the mundane and ordinary into otherworldly. Erotica is in its nature a fantasy unfolded before our eyes and is important in not only escapism but a way of processing one’s own desires and confronting forbidden ideas. The use of erotica in the work is to use as a vehicle to apply pressure to taboo topics that are frequently part of current conservative social structures such as how bodies, sex, gender, and sexuality are controlled and regarded in the day today. With often employing painting techniques in using photographs as the paint with the adding and reductive qualities of building layers in composing the photographic imagery.

The processes in collage, mixed media and photomontage have a violent nature, the use of cutting, tearing, and erasing parts of the imagery which reinforces in my practice how often times conservative social structures abuse, manipulate, and destroy those who live outside of certain viewpoints in the world. The use of analog tropes in photography and collage such as grain, multiple exposures, light leaks, leaving various evidence of tape, paint, and other materials on the image and having a viewer perhaps question in determining where digital manipulation starts and analog begins in the pieces. These methods speak to photography’s enticingly deceptive fantasy of reality that has since its creation presented for our consumption various messages, contexts, and content to be used as re-affirming truths. However now in the digital age of facetune and Adobe Suites, we have found ourselves gazing at a new foundation for challenging preconceived notions of photography which can create an unreliable narrator as a more compelling witness. The title, On My Knees, comes from a lyric in Madonna’s lead single from her fourth studio albums, Like A Prayer, which incorporates both sexual innuendo and religious traditions of positioning one’s body in prayer. On My Knees is a build-up and removal of various layers of a repetitive pose found in erotica also harkening to angels and cherubs and a subservient being ready to worship and serve a “master”. The interior space surrounding the kneeling figure is that of a domestic living room-like space for which a femme body is often told is their place to reside/be imprisoned. Using various bodies to construct a new body, unworldly form, but also seemingly a composite of the same person moving into a position of worship. Using elements such as hair to also build a wing coming from the back of the figure is to give an element of fantasy, the angel. Ideas of a sinner needing to be forgiven, the on-going nature of erotica being disapproved, and the naked femme form being one of shame now placed in a context of religion and angelic qualities to clash between jezebel and saint, a burden femme bodies often carry in life. 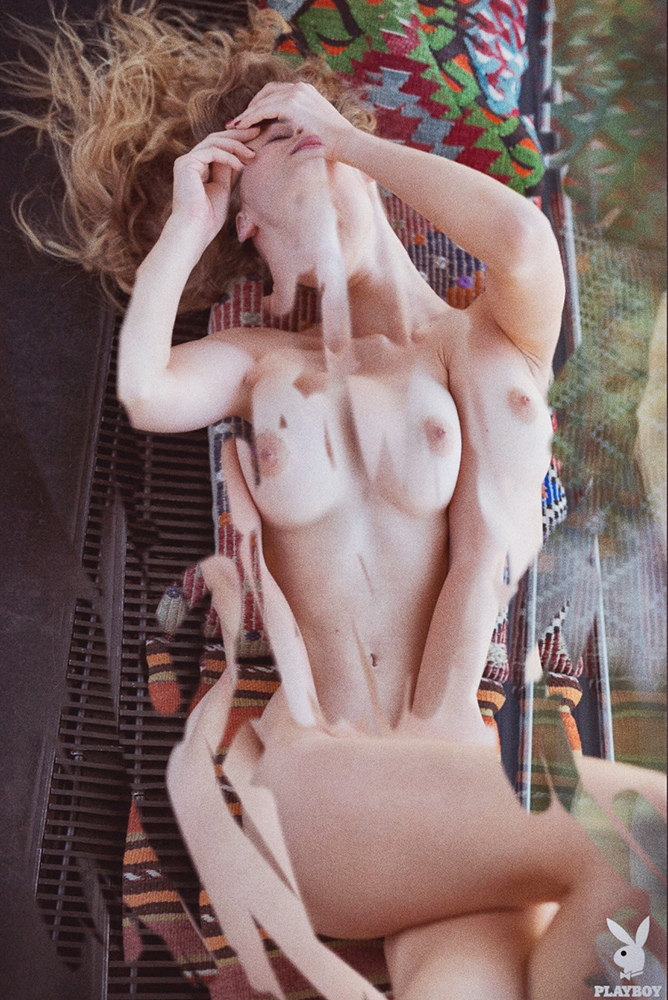 Would you be able to expand upon your process for creating images?

It is very explorative in many ways, very mood driven, at times I feel like I have just made my own jigsaw puzzle and I have never seen the cover depicting the final image. Lately, it has been that I am focusing on a thought and then I create a set of guidelines for the creation of each piece. It is somewhat like cooking for me, I have the ingredient I want to highlight and then from there it’s determining what flavors and cooking method I want to apply to the main ingredient. Silly, I know! 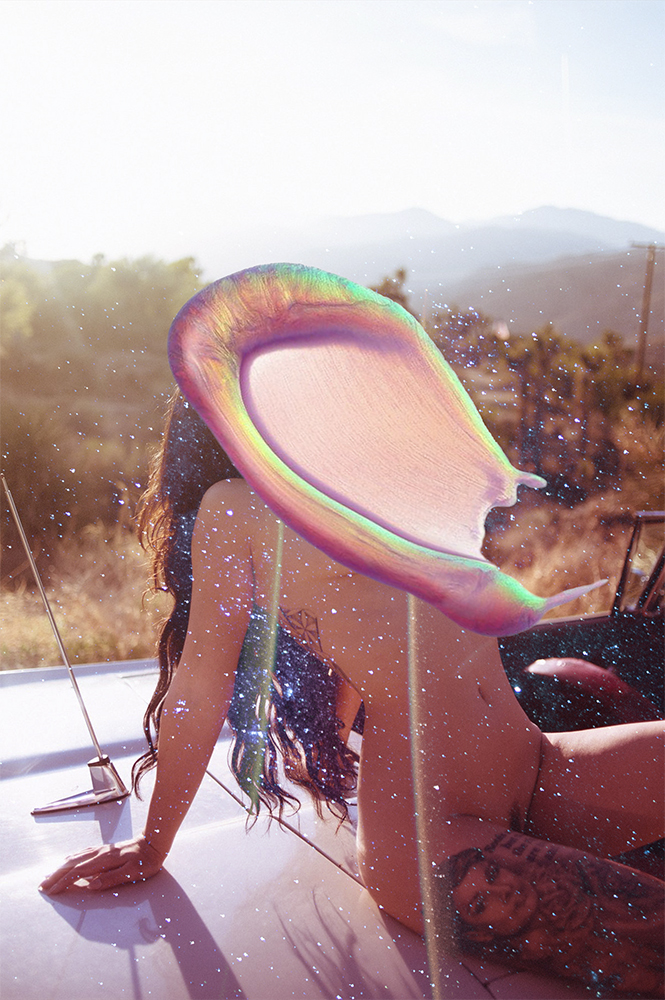 Do you have a set plan when making the pieces, or do you employ a more intuitive approach to them? When do you decide to finish a piece?

I do both methods, I think that blindly making something can be revealing and opens yourself up to discovery. There are times I will be working on a collage that I am focusing on and then the scraps that I have left aside, I begin building off of as well, but try to make more subconscious gestures versus more contemplated gestures. The piece is either complete if I finished a set of rules or intuition based. 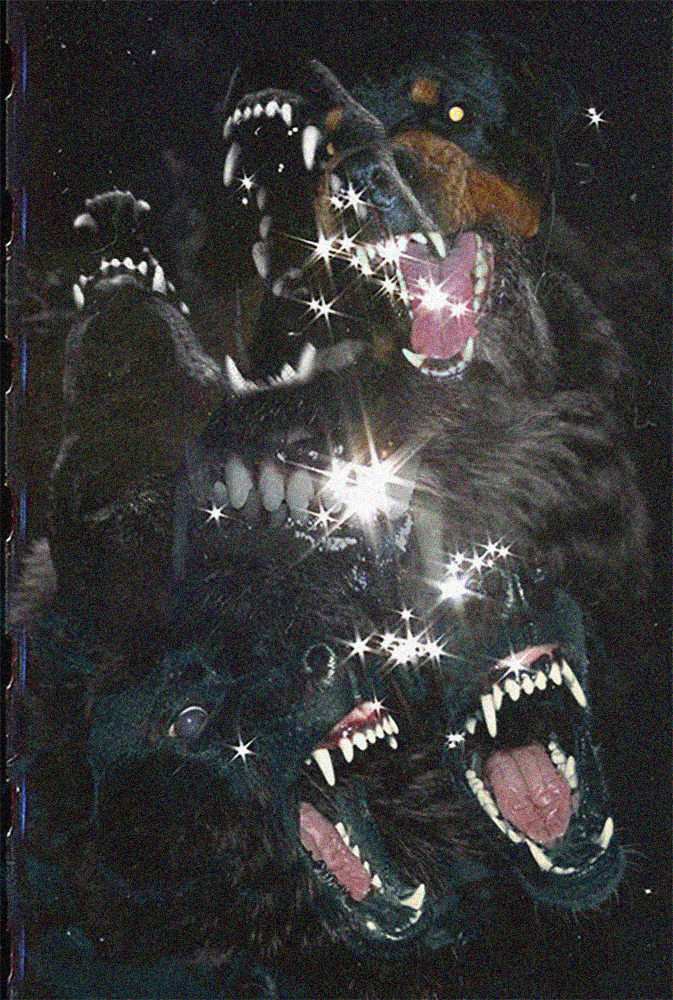 Fantasy is the most important to me when it comes to the use of erotica and pornography which to me relates to photography and the suspending of reality. Sexual empowerment is important for every person, to feel as though you have complete anatomy to either lose yourself or find yourself in ways you feel safe and confident in no matter what that may look like for each person. 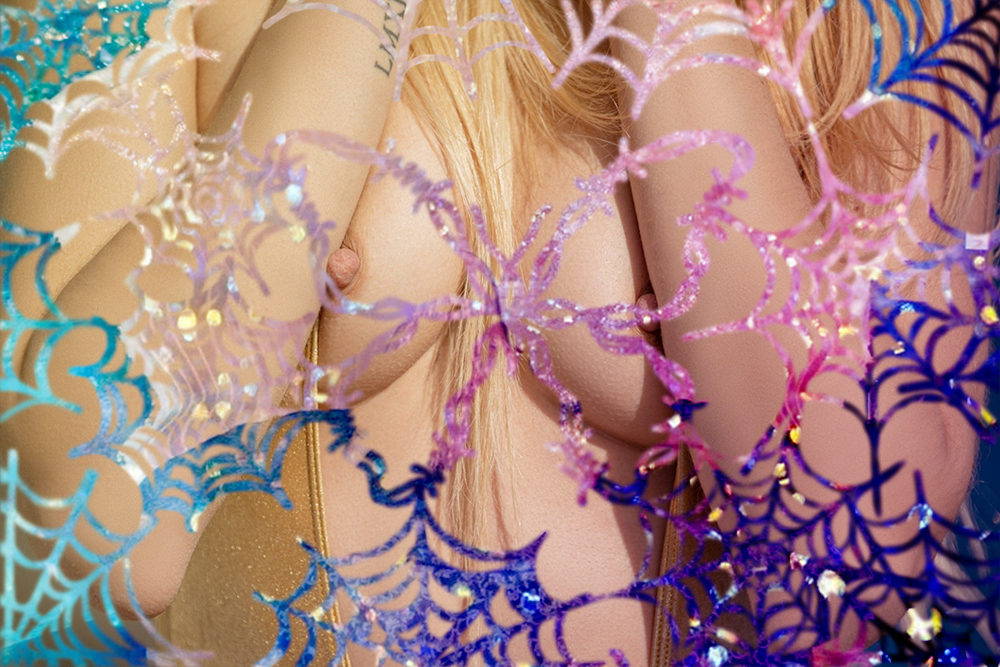 Do you have any significant influences in your art practice?  Be it family, fellow artists, or meaningful life experiences?

I’d have to say lately it’s been meeting people with body dysmorphia, struggling with eating disorders and self image which I can relate to as growing up the weight you were was always spoken about constantly and I find it is very prevalent in many people’s lives. I think being comfortable in your skin is imperative to finding your own beauty alongside not listening to social constructs of beauty which are non stop being force fed to us through photography and film through movies, social media, reality tv and in the beauty industry with corset just now being called spanx and diets that continue to suppress people from focusing on loving themselves. 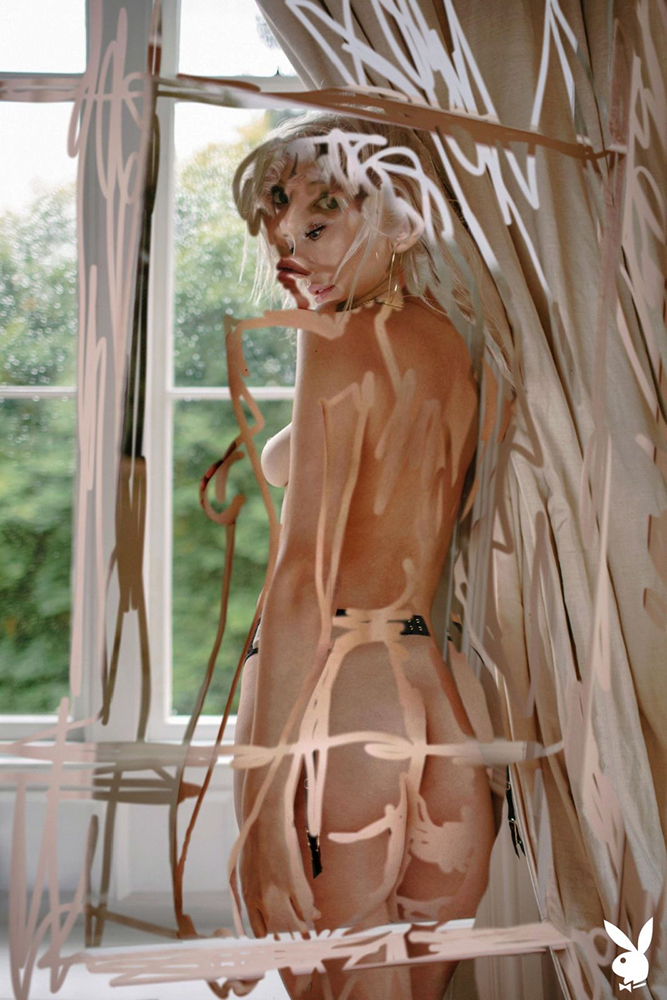 In your statement, you mentioned the blurring of analog and digital techniques that influence our perceptions of truth and falsehoods. Do you see any distinction between fantasy and reality? What responsibility do these “narrators” have?

I really like this question, it makes me want to smoke some weed, drink some wine and get all nerdy about it. To create a fantasy is still reality, yet a fantasy isn’t necessarily reality, but I do believe fantasy holds a lot of truth. I don’t think responsibility lies necessarily with the “narrators” more so relies on the viewer; that being said I’ve seen a movement beginning to happen that when social media posts have any sort of manipulation and editing take place then they have to have a tag saying so. Very much like the Fyre Festival and the ad hashtag that came out of that scandal. 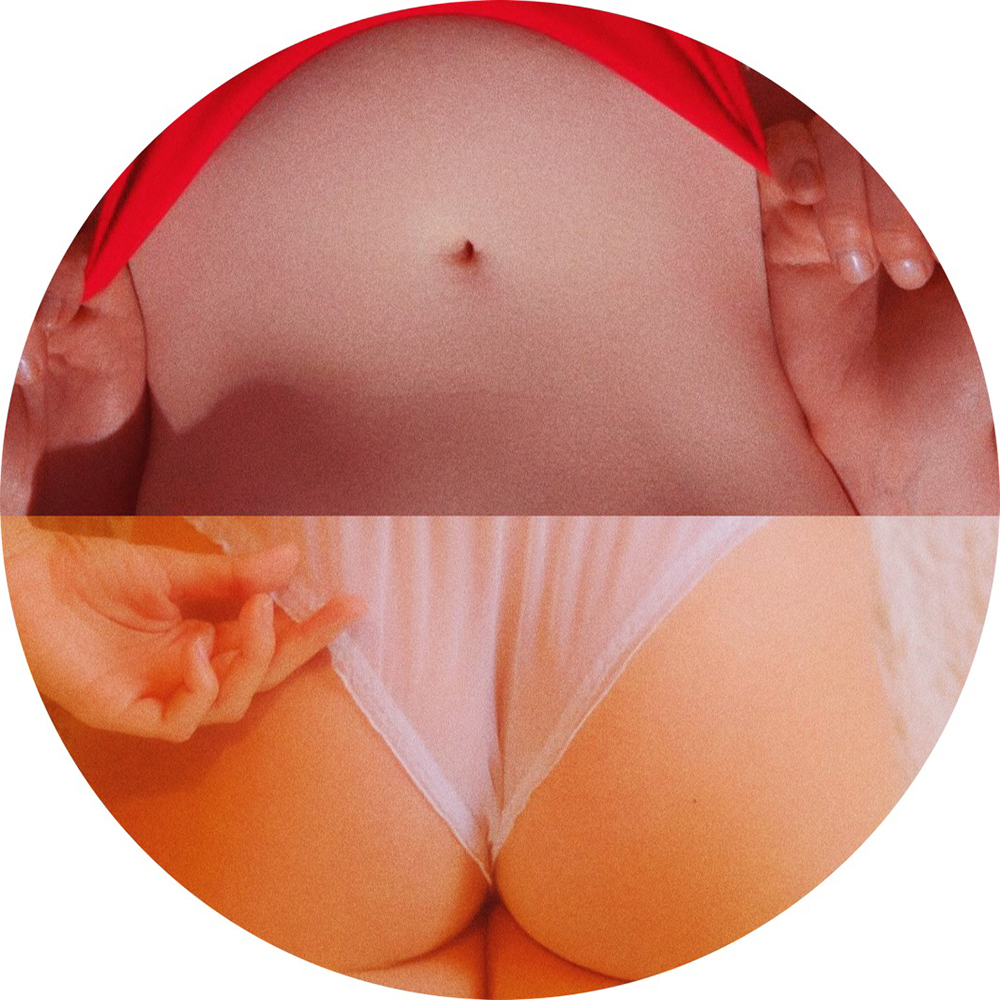 Does social media influence your work? You mentioned social media editing programs like Facetune, which allows people to edit their photos to enhance their appearance: do you have any favorite places to find source material?

Oh definitely, a lot of the reasons why I find folks have body dysmorphia as well as a myriad of issues has to do with the influence of social media upon their self image. As well as the perpetual posts from influencers stating the things they had posted on social media were in many ways a fantasy, an untrue story of their reality. I personally have posted photos of social media where one didn’t know I had a black eye from my partner at the time and was smiling playfully for a holiday photo while concealing this fact. I think social media is incredibly powerful and carries a lot of influence in today’s society.

I have a various selection of sources, most of the time it’s pornography magazines like Playboy, Cheri, Penthouse, fashion magazines like Cosmopolitan, Vogue, W, Elle along with just constantly sweeping websites like Tumblr, Pinterest and the like for images. I’ll quote Jeannette Hayes here and say: “As I’ve said in the past, if you put something on the internet, it’s mine. And I mean that vice versa as well,” she said. “Anything I put on the internet is yours, too.” [Artnet 2017] 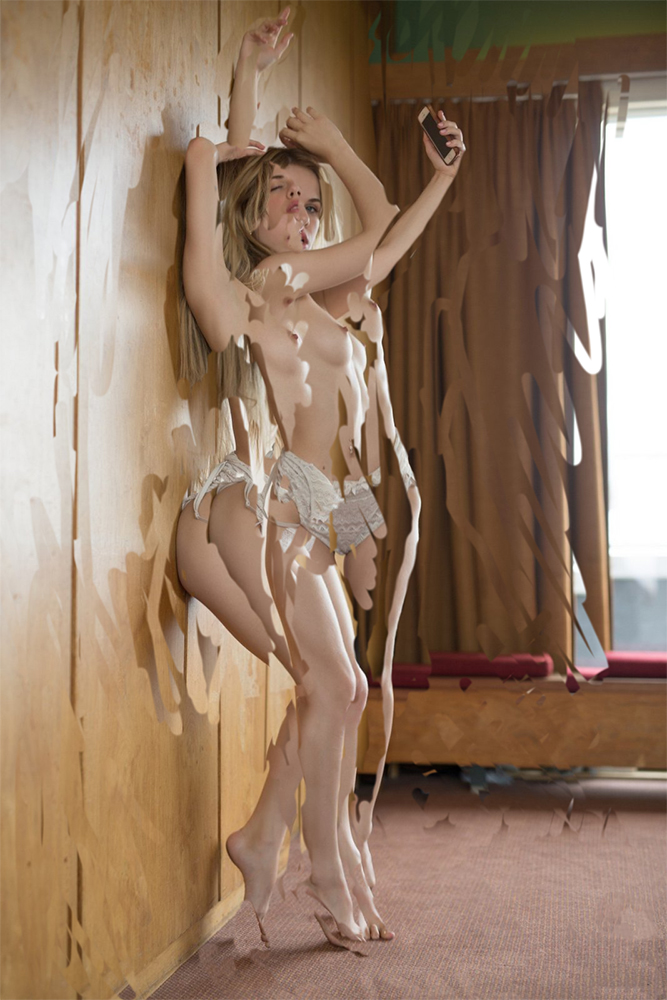 When not making artwork, what do you enjoy most to do in your free time?

I’m really into the culinary world, my partner is an amazing chef, many of my friends are badass bartenders, chefs, and service industry folks! I am working towards becoming a sommelier which right now feels odd with restaurants and bars being closed again (and some for good) as we find ourselves with ever climbing numbers of cases. Outside of that I’m playing video games and watching a lot of tv and movies like the Taurus I am inside. 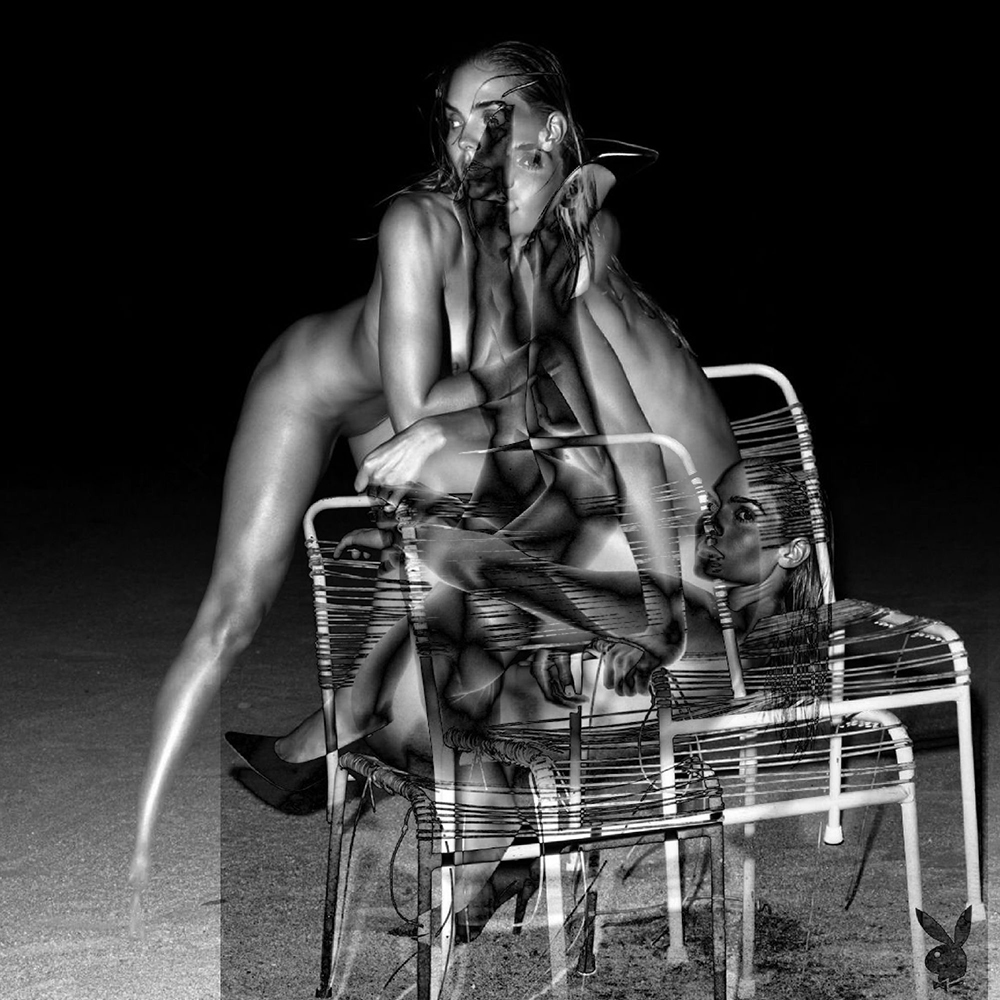 What is next for you, Autumn? How are you handling the pandemic while simultaneously continuing to create?

Just moved back to Chicago after being on the east coast for two years, started a short ghost story inspired by a new apartment and working odd jobs while I am able during this time. I’d like to think I have been able to handle the pandemic pretty well, I was homeschooled from first grade till I graduated high school, so being at home is very nostalgic in a way for me. 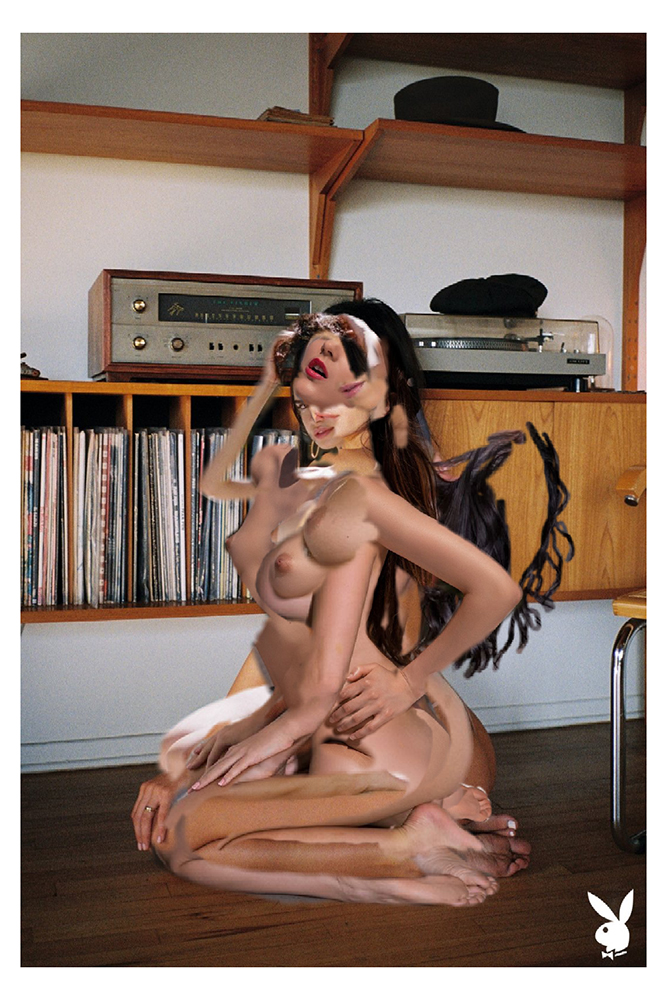 NEXT | The Right to Herself >
< Focus on Collage: Daria Birang | PREV