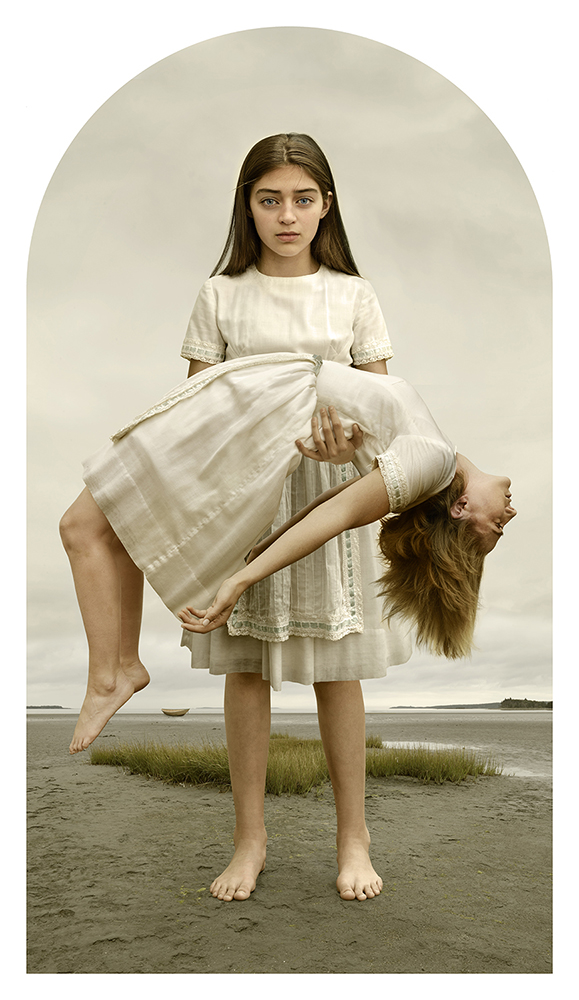 ©Tom Chambers, Forever in a Day

Projects featured this week were selected from our call-for-submissions. We will be accepting new projects for review from April 4th-10th, 2021. Today, we are looking at the series Tales of Heroines by Tom Chambers.

Photographer Tom Chambers was raised in the Amish farm country of Lancaster, Pennsylvania. Tom completed a B.F.A. in 1985 from The Ringling School of Art, Sarasota, Florida majoring in graphic design with an emphasis in photography. Since 1998 Tom has exhibited photomontage images from ten photographic series both nationally and internationally in twenty three solo exhibitions and over seventy group exhibitions and art fairs. 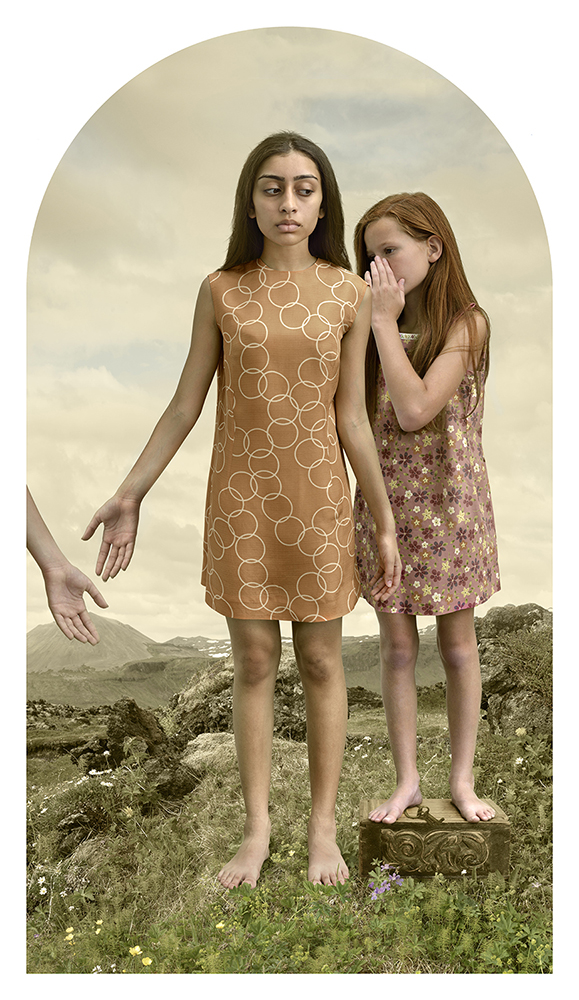 Raised in a family alongside four brothers and the absence of sisters, my eyes were opened by my daughter’s growing up experiences from a girl to a teenager to a young woman. As a result, I am in awe of determined young women like my daughter who meet and negotiate both small daily hurdles and major life challenges. Their determination, empathy, and ingenuity in navigating a complex world make them heroines in my eyes.

My photographic series Tales of Heroines is a collection of stories about the lives of young women told through portraits. The subjects squarely face the viewer and the images employ a consistent format with a low horizon line, vertical orientation, and arched framing which invites the viewer into the story. Using magic realism, the power of storytelling emanates from the details in the photomontages. The stories are intentionally provocative enticing the viewer to engage with questions about the Tales of Heroines. 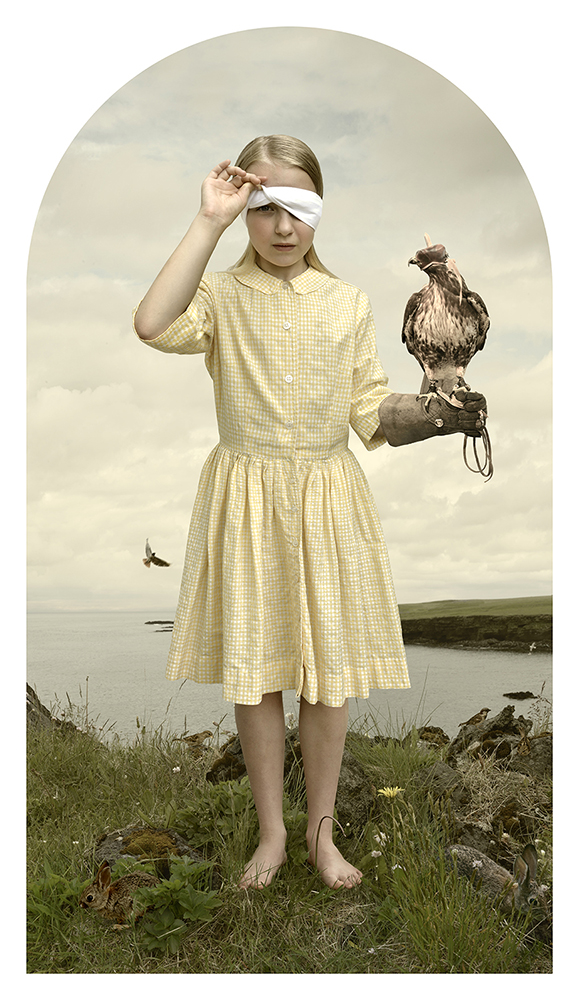 Daniel George: You write that observations of your daughter’s experiences growing up were an impetus for this work. At what point did you decide to pay homage to her, and other young women, by creating these photographs?

Tom Chambers: When our daughter was born, I imagined that I would see her as a reflection of me.  But I was way off base, she was a combination of both her parents’ personalities, all mixed together with a large dose of her own personality.  Her individuality was noticeable from birth to the point when she graduated from college and was self-sufficient with a job of her own.  I could see that she was her own person and not a mini-version of me.  Her battles and victories were hers and not mine. Like her peers, many of those challenges were unique to being female, and ones that I have not faced. I have seen the strength and resilience she demonstrated when things were not easy. I love the grit that she has shown, and that while she she shows great diplomacy, she doesn’t take grief from anyone about anything.

About twelve years ago, my interest in her growing up journey inspired the Rite of Passage series. And now more recently I have observed the way she seized her independence in her adult years.  Tales of Heroines has been a means to express visually through photography an understanding and respect for young women who successfully navigate uncomfortable, unfair, and challenging situations. 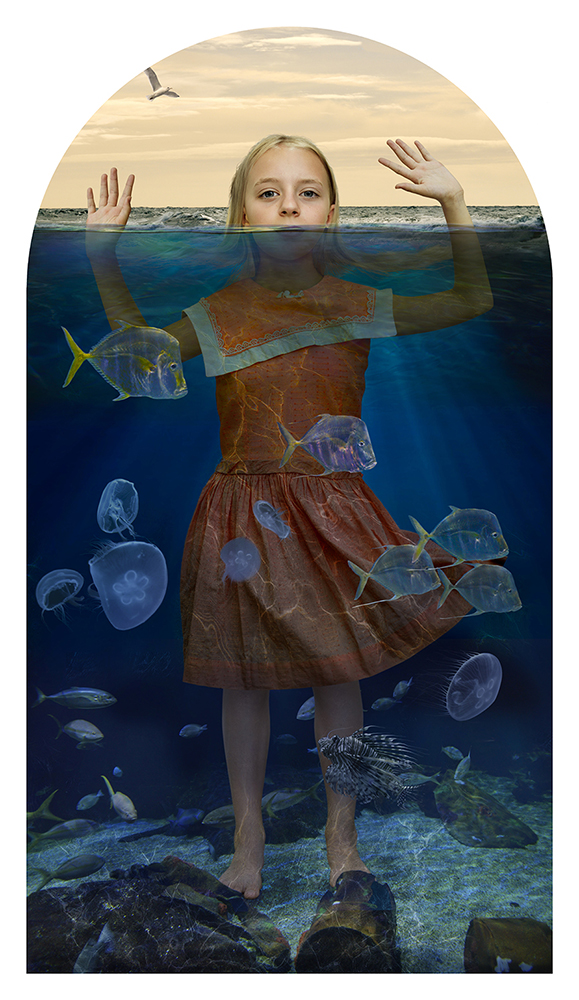 ©Tom Chambers, I Can Touch

DG: Was your daughter involved with this project—at any point, from development to its final realization? If so, what did she contribute?

TC: My daughter did not play an active role in the development of the Tales of Heroines. However, I continue to enjoy watching the ways in which she takes on the challenges of her career, relationships, and now home ownership. It’s inspiring to see a young woman tackle a house repair with a tape measure, hammer and screwdriver; remove a dead mouse from the crawl space; negotiate a medical bill with an insurance company; or navigate healthy and unhealthy relationships. I have grown to understand that young women have an extra layer of challenge just because of their gender. 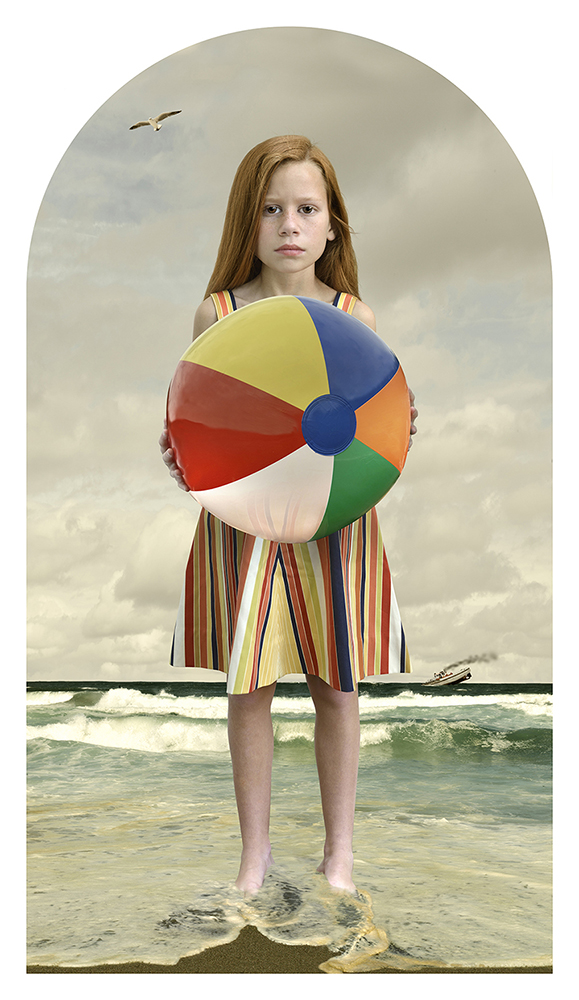 ©Tom Chambers, In The Summer

DG: The arched frames and static poses of the figures call to mind religious altarpieces. It also feels like you are leaning heavy into allegory. Could you talk about your intentions with these choices?

TC: Whether its Mexican or Italian in origin, I’m heavily influenced by religious iconography.  My first series was titled Ex Votos after Mexican religious painting on tin which paid homage to the artist’s favorite saint in light of a miracle that has occurred.  Allegory is present in these new narrative images from the Tales of Heroines. For example, in the image Hide Your Eyes both the girl and falcon are blindfolded, but the young girl peaks out in a show of strength. The narrative in this image, as in other images, is left for the viewer to decide how the subjects became blindfolded and what it means that the young girl is rejecting her blindfold.

The arched frames are unique for me in my Tales of Heroines series. In all the images, the arch gives added importance to the subject by inferring the depiction of a saint.  Furthermore, the arched format makes the viewer feel as though one is viewing the image through a portal in space and time or keyhole into a private incident.

Initially when I started this series I felt that it was time for a change from my usual format and I made some intentional choices.  To force this change in direction I created a set of guidelines to follow in creating the portraits. First, I was interested in using portraiture to present a narrative, something I had never done. The subject is fully shown from head to toe, and facing forward, directly confronting the camera.  The horizon line is kept low, about knee height, making the majority of the background sky which creates less distraction from the subject.  All colors, including skin tones, are somewhat muted since I didn’t want color to play a major role. Using these parameters my Tales of Heroines series take a different direction from my earlier work. 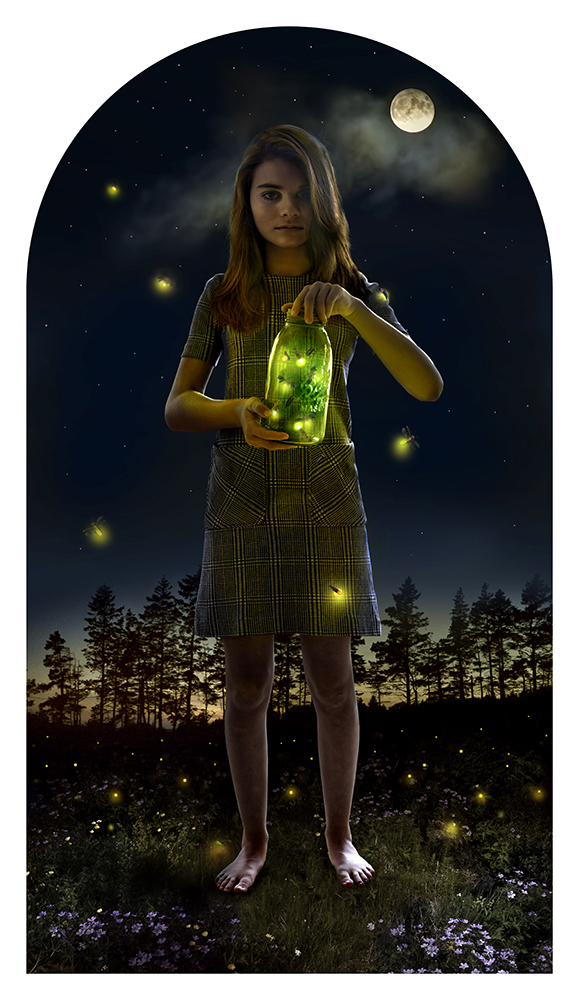 ©Tom Chambers, Lighting in a Jar

DG: I am interested in your use of photomontage, not only in this series, but in the majority of work you have created throughout the years. What sustains your interest in this method of image making?

TC: I am intrigued by the mechanical process or the building of a photomontage image. Early in my life I was a boat mechanic in the Navy and later for a charter sailboat company.  At one point I built stained glass church windows with a studio in Florida, as well as sold my own autonomous contemporary panels at craft shows.  In later years I worked as a graphic designer and art director creating packaging. I guess you would say that I have the aptitude and interest in constructing something, including photography. I like the challenge of photographing unrelated objects and making them seamlessly fit together as one piece in order to express an idea.  In my work photomontage is the making rather than the taking of images. 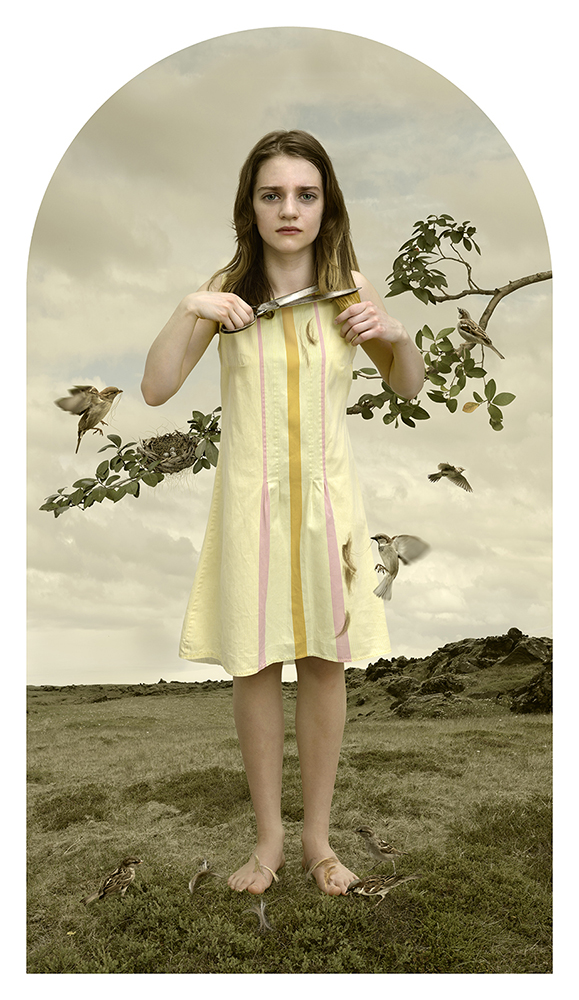 DG: Your artist statement mentions that having a daughter shifted your perceptions of the world, after having grown up in a family of boys. I imagine that your focus on creating this work and delving into these stories prompted an even greater awareness of the “daily hurdles and major life challenges” that she, and other women face. Would you mind sharing what you learned, or how making this work changed you?

TC: I grew up with four brothers who were and still are my closet friends. However, our closeness comes from shared experiences and unspoken understandings, and not necessarily through verbal interaction. Although we were not encouraged to express our feelings as young boys, we had plenty of physical contact through jostling and roughhousing, including the occasional bop on the head. Women in my life are better at communicating and sharing feelings, which I see in the way that my wife and daughter communicate.  I recognize where I fall short as a communicator and find that it’s easier for me to express my feelings visually through imagery.

The Tales of Heroines series was a way for me to consolidate my observations and feelings about the challenges and choices faced by young women, and to communicate my feelings about what I see. With No You Don’t, I explore the whole question of who is protecting whom and where does that strength come from. With Tea for Two, the expression of care and sustenance is offered. The generous provision of basic life necessities is pictured in Water is Life.  Being available for support is shown in Forever In a Day. Each image contains both my feelings and a story to be interpreted by the viewer about challenges managed by young women. While I can try to put myself into the shoes of young women, I acknowledge that as a male I will never truly understand their experiences. 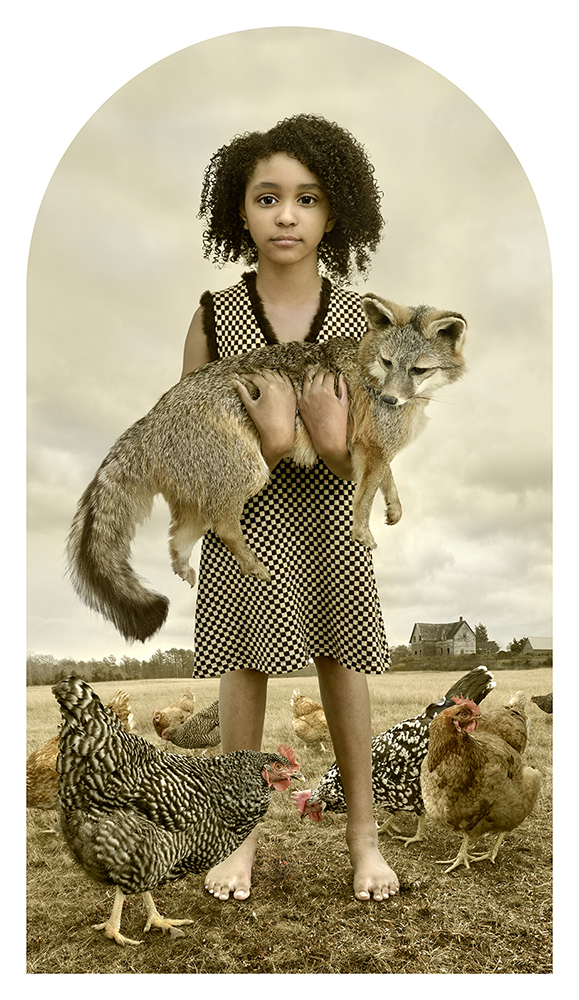 ©Tom Chambers, No You Don’t 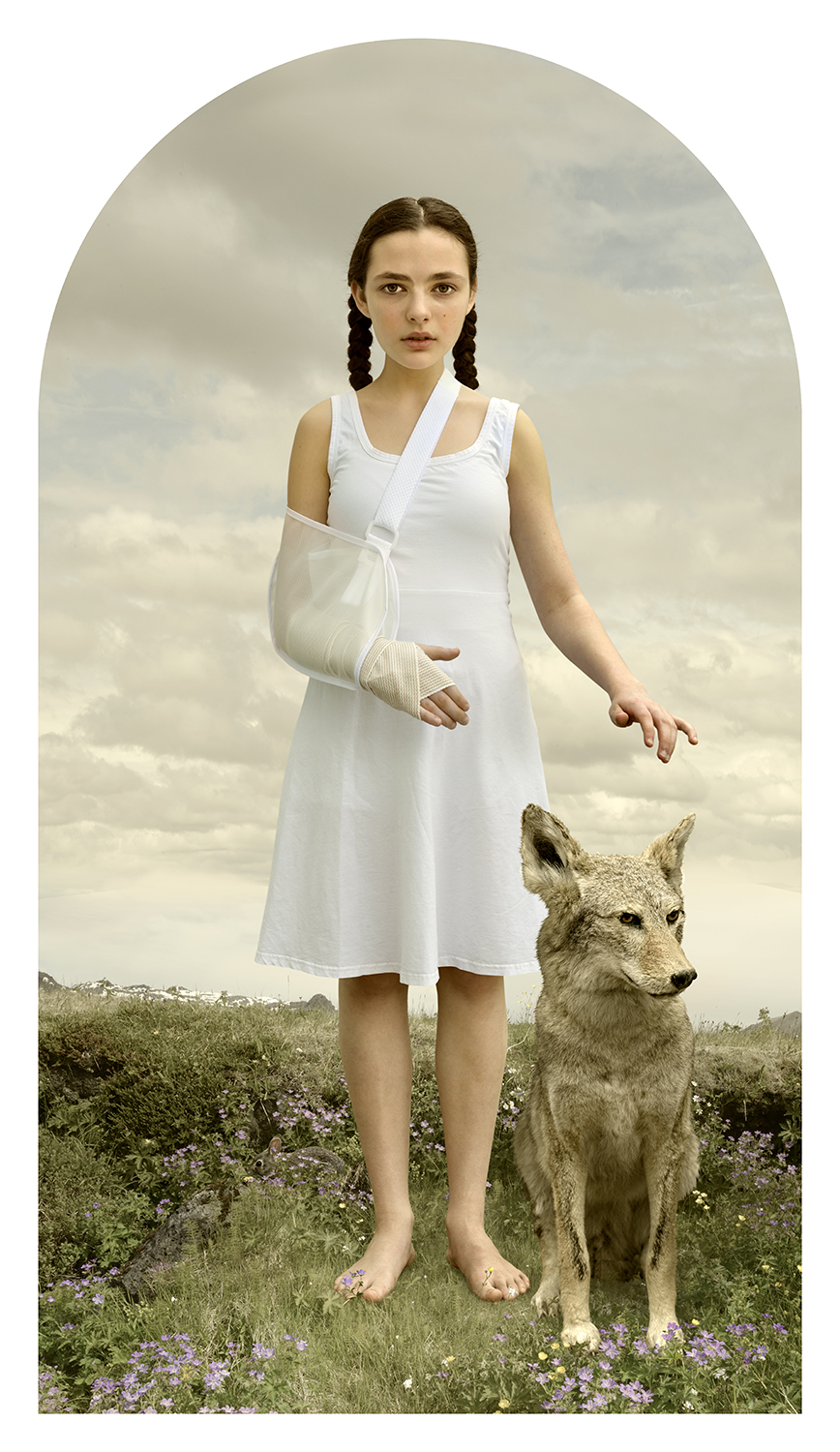 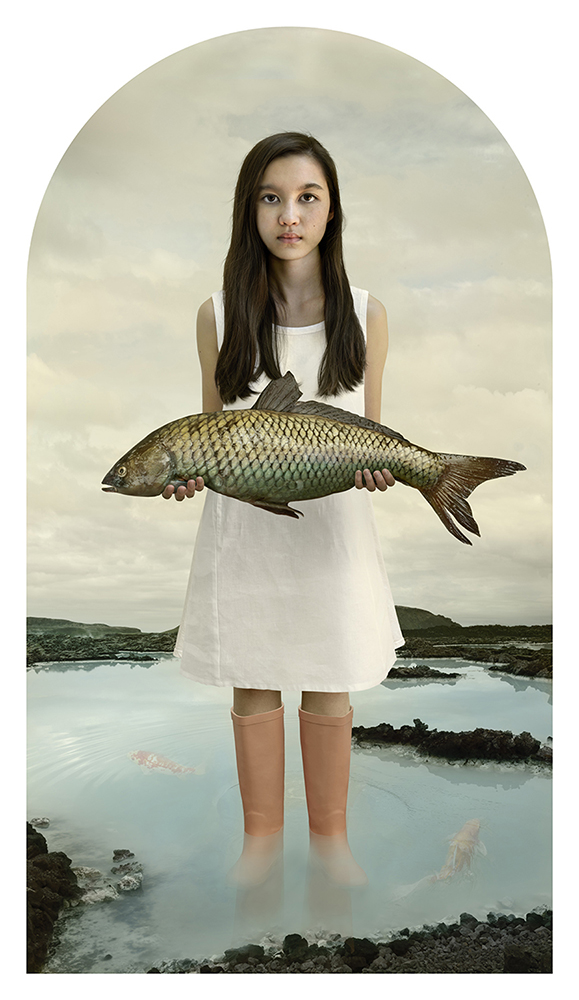 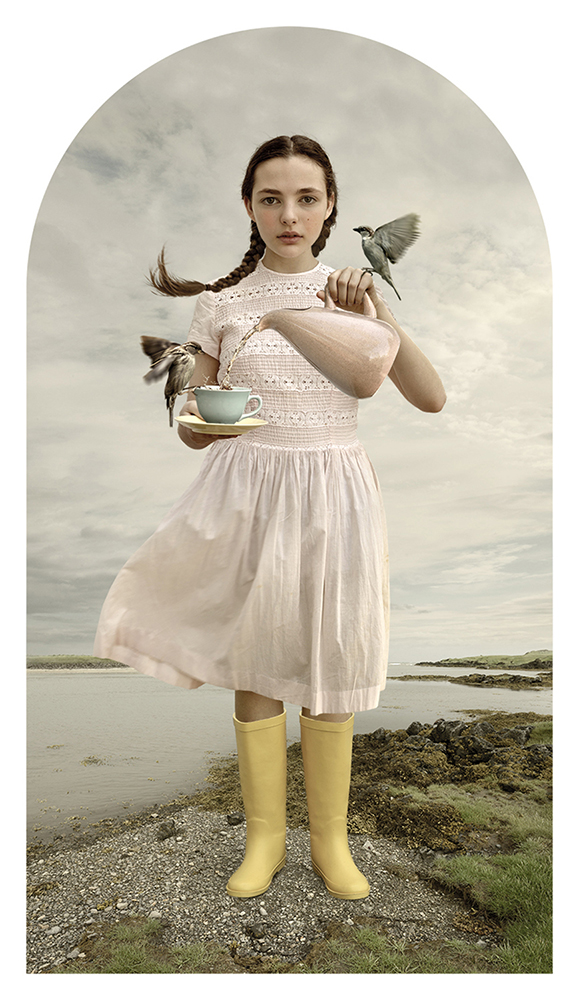 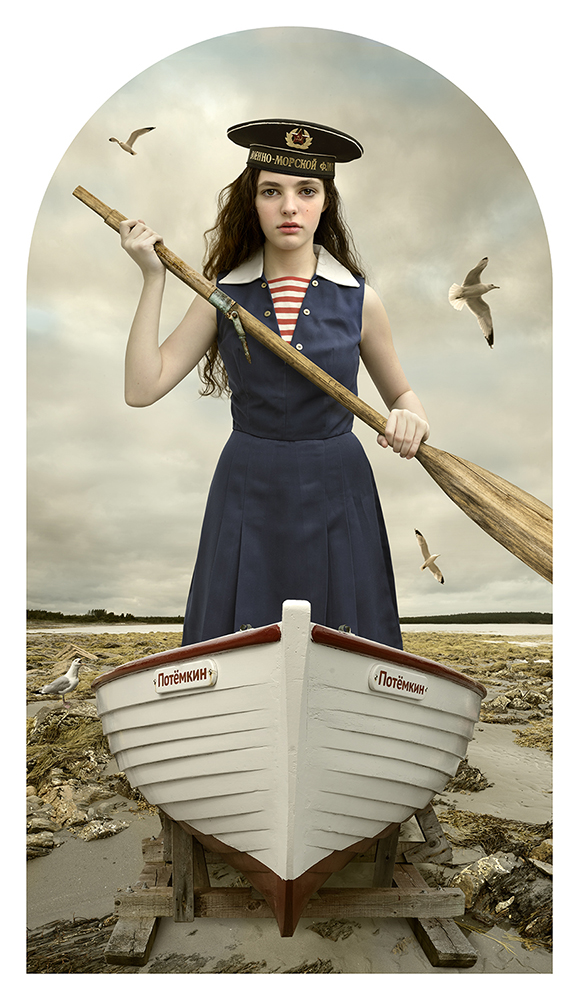 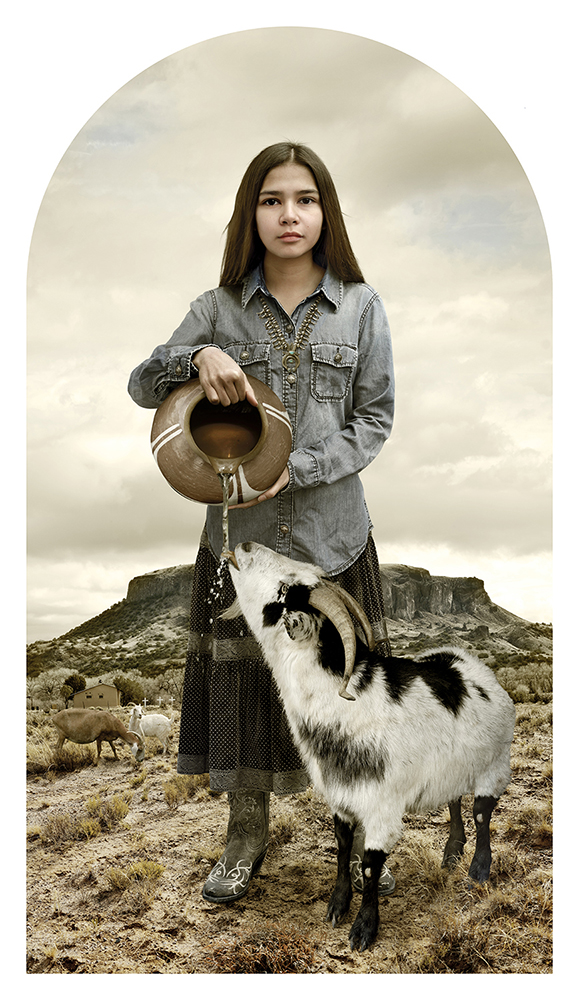 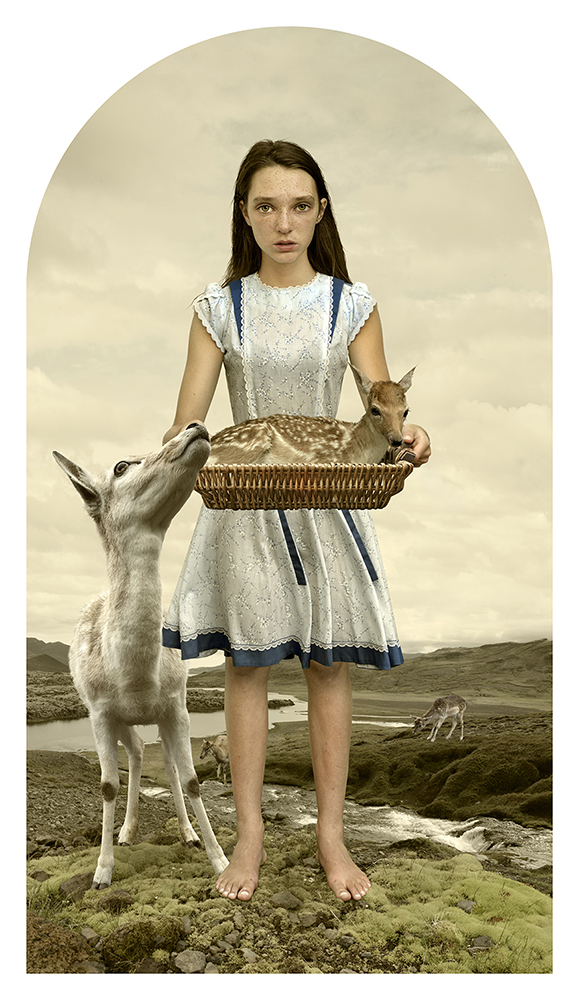 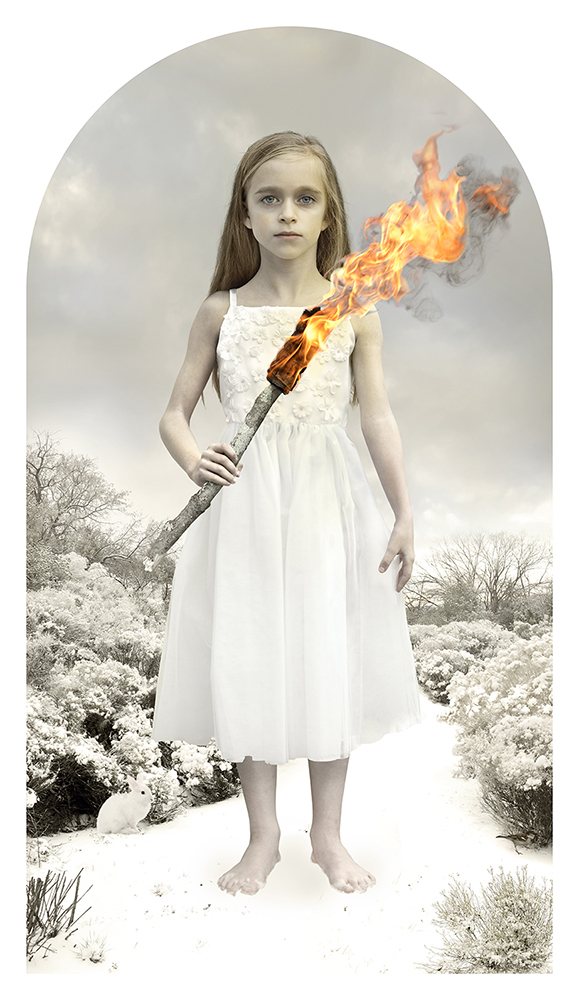 NEXT | Ingvild Melby: The Present is Woven with Multiple Pasts >
< Beth Galton: Memory of Absence | PREV