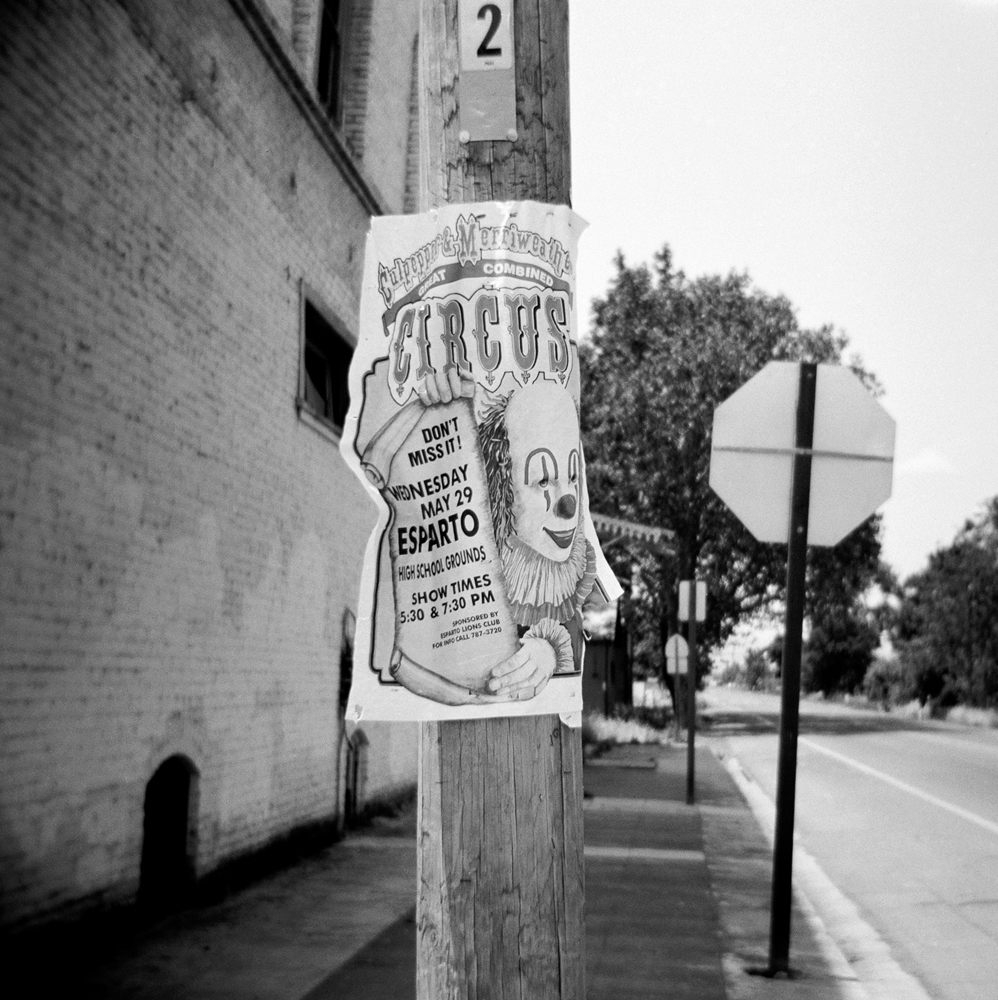 I think about the notion of the Circus’ place on the fringe of culture, while also being at its historical core.  The performers passing through ‘the backdoor’ in and out of the ring, taps into notions of performing identities and is one of my favorite elements.  I am always drawn to the backdoor- it’s the threshold from one world unto the next.  The Circus is a world within a world, very multilayered.  It is magic – a vacant lot is transformed into a village and inside the Big Top the performers and spectators are transformed, somehow changed, even in the tiniest of ways. – Lacey Terrell

For the past 25 years, photographer Lacey Terrell has had a ring side seat at the Big Top, in particular, the Culpepper & Merriweather Great Combined Circus. This year will be her last foray to follow and document the circus in order to complete her long term project, The Passing Ring, a project that not only reflects an extensive portrait of one of the last nomadic communities in America, but also echoes the evolution of taking pictures.  The series includes images made with a Hasselblad, Holga, Mamiya 645, Pentax 6×7, Nikon 35mm film, Leica film point and shoot, and a Nikon Digital. Photographed through much of California, Montana, Iowa, Colorado, Oklahoma, Texas, New Mexico, Minnesota, Arizona, Nebraska, Washington, Idaho and Kansas, Terrell has created a massive archive of this very vulnerable, slice of Americana. “I have seen the Big Top both packed and almost empty, looking brand new and tattered and patched.” Her visits have ranged from a few days to 5 weeks at a time, always depending on where they were, and how much time and money she had.  “Typically I would drive my car and stay either in a tent on the lot (known to some as the Little Top) or in the car, and occasionally at a motel nearby. Many of the towns don’t have motels, or don’t have motels that I would feel safe in by myself, so I prefer to stay on the lot. When I was on the road for 5 weeks, through Texas and the Southwest, I stayed in the home of one of the women on the show, and then would drive the then owner and founder of the Circus, Red Johnson’s, pick-up truck and trailer each day to the next town.  More recently, I have flown to locations and rented cars large enough to sleep in while on the road.  I still dream of getting myself a small trailer and traveling a full season- that would be ideal for finishing up the project… but I would need some serious funding!”

The Passing Ring was conceived in grad school, inspired by Jim Goldberg’s long term project, Raised by Wolves, one of her college professors. Her own project reveals the humanity of a traveling community and focuses in on small details and lifestyles of performers in and out of the big top. Her work feels iconic and historical but at the same time, contemporary and poetic, as she documents this decades long effort of understanding a world uniquely it’s own. Terrell has a legacy of considering performance – as a member of the Society of Motion Picture Still Photographers and IATSE Local 600, her recent film credits include A Beautiful Day in the Neighborhood, Hillbilly Elegy and Happiest Season and her pictures have appeared as billboards and in numerous entertainment related publications. She has a particular ability to pay attention and follow the story, slowing down time long enough to find the magic, smell the popcorn, and celebrate the circus coming to town. 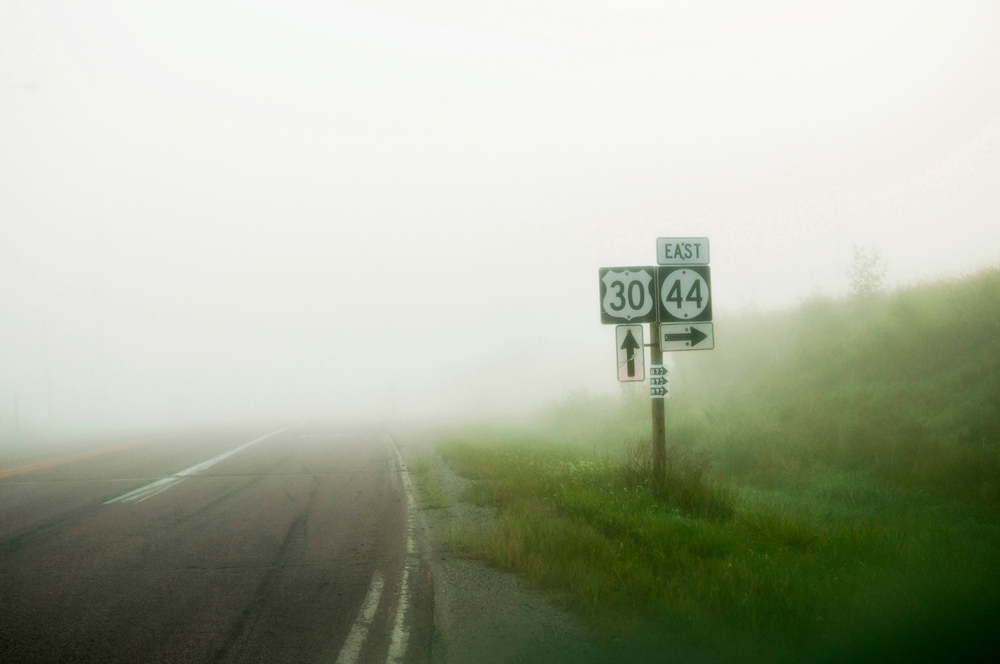 Lacey Terrell received her M.F.A. in Photography from California College of the Arts. In addition, she received a B.F.A. in Photography and a B.A. in Psychology from the University of Colorado, Boulder.  She studied under Larry Sultan, J. John Priola, Jim Goldberg, Albert Chong, Gilles Peress, and completed internships at Magnum Photos in New York and Fraenkel Gallery in San Francisco.  While in graduate school, Terrell began her long term project, The Passing Ring, with the Culpepper & Merriweather Great Combined Circus, and this experience was a natural segue to the film business in Los Angeles where she has been working as a Still Photographer since 1999.

Terrell was selected for PDN’s “The Curator” as well as CPW’s “Photography Now” for her series, offSET, which is inspired by her career in showbiz. She was invited to attend Review Santa Fe several times and has received a variety of awards and mentions within the photography community since 2009, including an Honorable Mention in CENTER’s “Project Competition” for the first chapter of The Passing Ring. Terrell’s work has been featured in print and on various platforms including: PDN, TIME Light Box, Lenscratch, Le Journal de la Photographie, a Daylight Magazine Podcast, Fabrik Magazine, The Photo Review and 20×200.

Terrell’s art practice involves photographic projects as well as conceptual, photo-based mixed media work – investigating notions of identity, performance and the crossroads of artifice and reality in various Wonderlands. Stay tuned for her un-released project, Incomplete Pleasures that Bewitch Me, a multi year journey inspired by music. Follow her on instagram @LTstillpix and @thepassingring 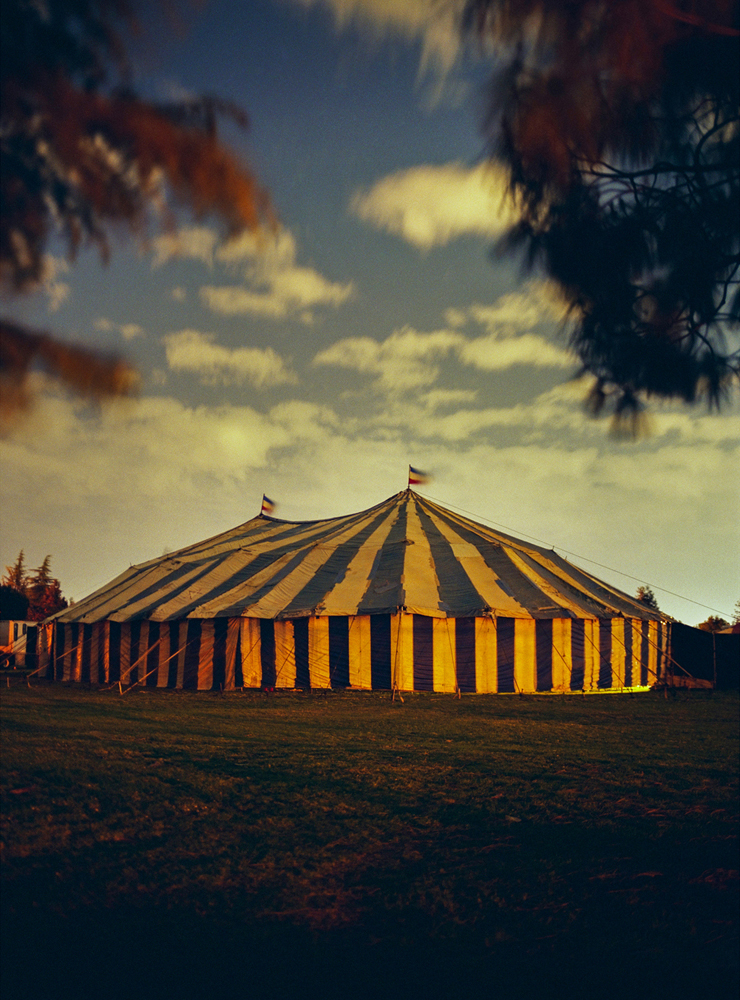 In the spring of 1996, my film camera was the admission ticket to the Culpepper & Merriweather Great Combined Circus, a traditional one ring traveling show, which set me on an unexpected, circular path for the next 25 years – at once becoming close to and grappling with this vast morsel of American culture, while at the hand of an ever-changing medium. The circus dwells in a complex space where it is simultaneously a source of spectacle, an historic art form, a nomadic community and way of life – a microcosm of living mythology. I am drawn to the notion of the circus as a crossroads and meeting ground for disparate people. In its ordered chaos, the circus offers a portal to an anachronistic world, while also a place of belonging with its own sense of family. By resisting only one pictorial style with my sprawling collection of portraits, landscapes, and performance imagery, I am celebrating the poetic spirit and kaleidoscopic nature of the circus.

Much like Alice getting distracted from her studies and falling into Wonderland, I met Culpepper & Merriweather while in graduate school deeply focused on a conceptual project about identity (quite literally inspired by Lewis Carroll). I was smitten with the timeless charm of the blue and white big top, so I snuck out the backdoor of the Victorian era and followed the arrows to the circus. I have seen much of the American landscape while on the road visiting C&M. For the past two decades, personal artistic growth and film photography’s (d)evolution notwithstanding, the Circus has been my Wonderland.

Though the crowds are growing smaller, Culpepper & Merriweather still persists, moving quietly through the countryside and tiny towns west of the Mississippi, arriving each day just after dawn. Twenty-four hours later, the caravan pulls away leaving barely a trace, save some imprints on the ground and in the minds of those who came to see the show. 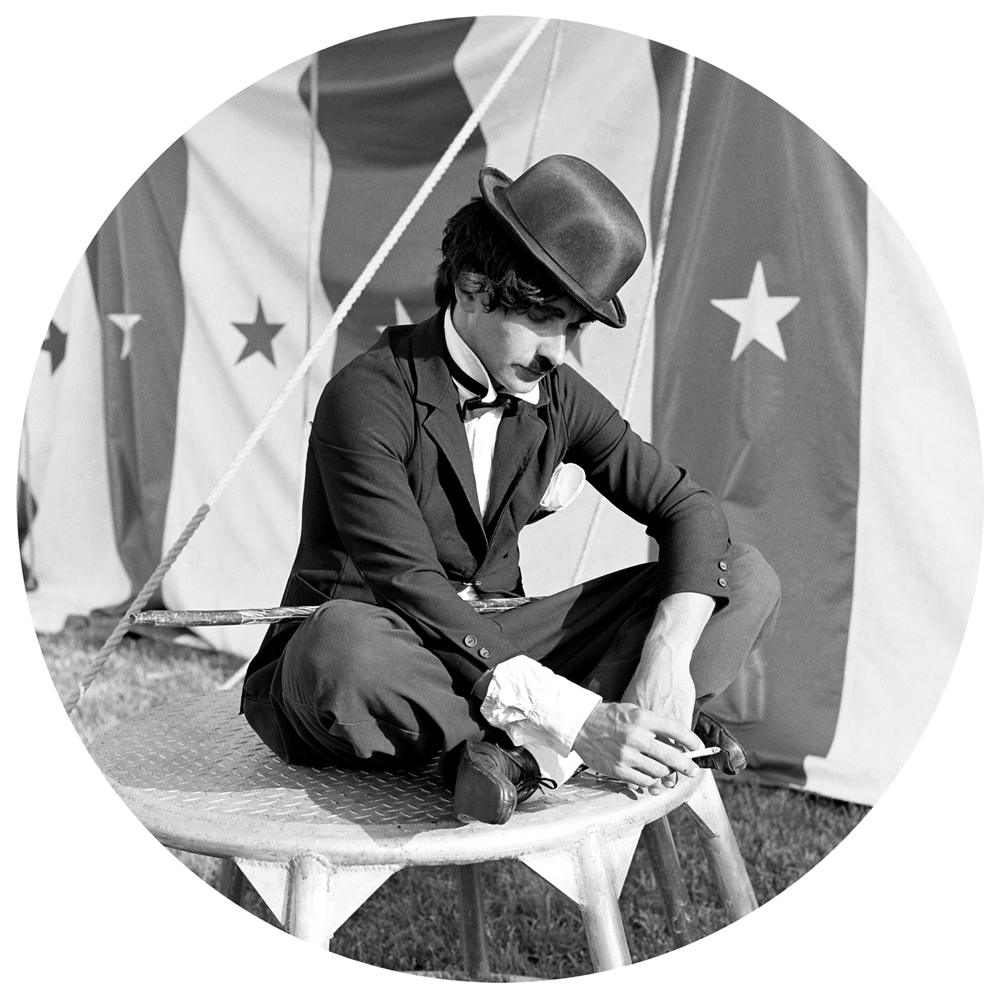 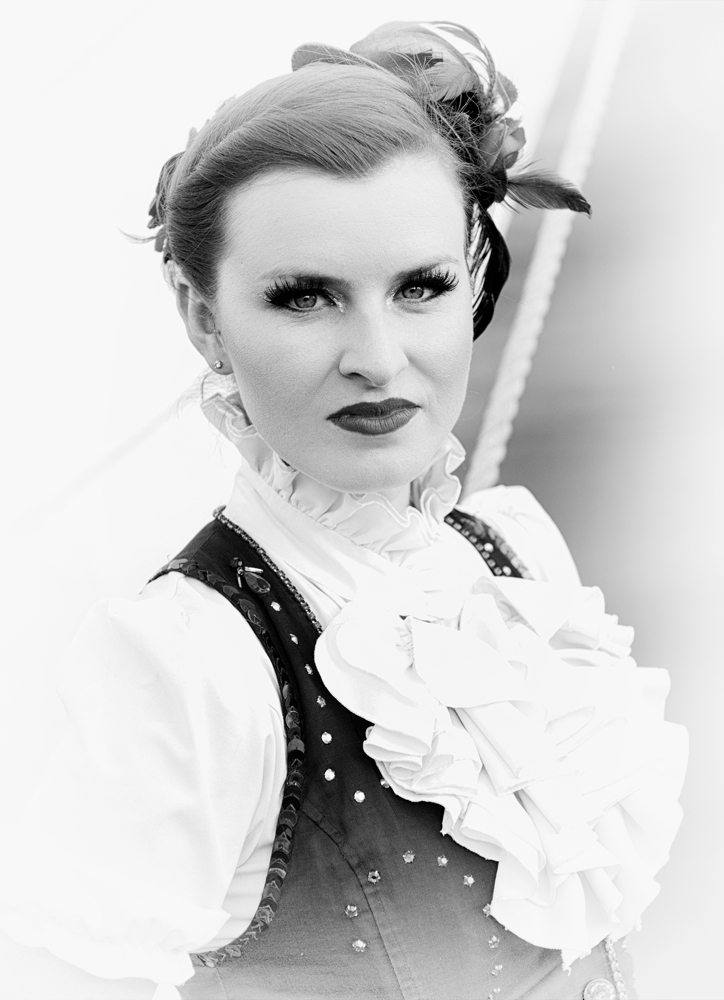 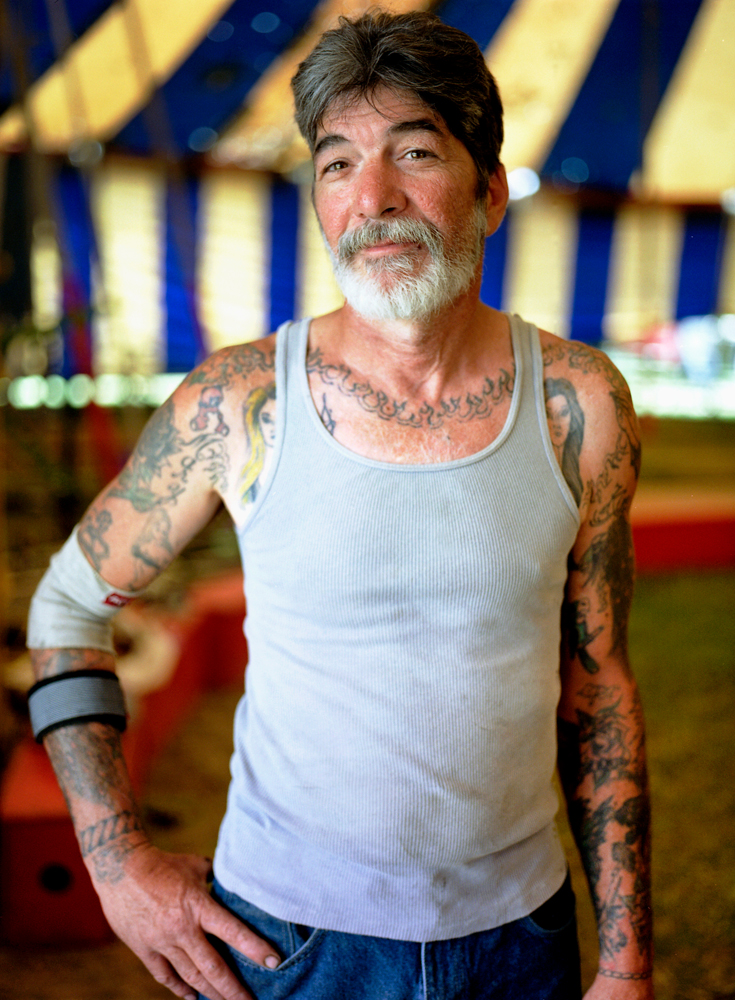 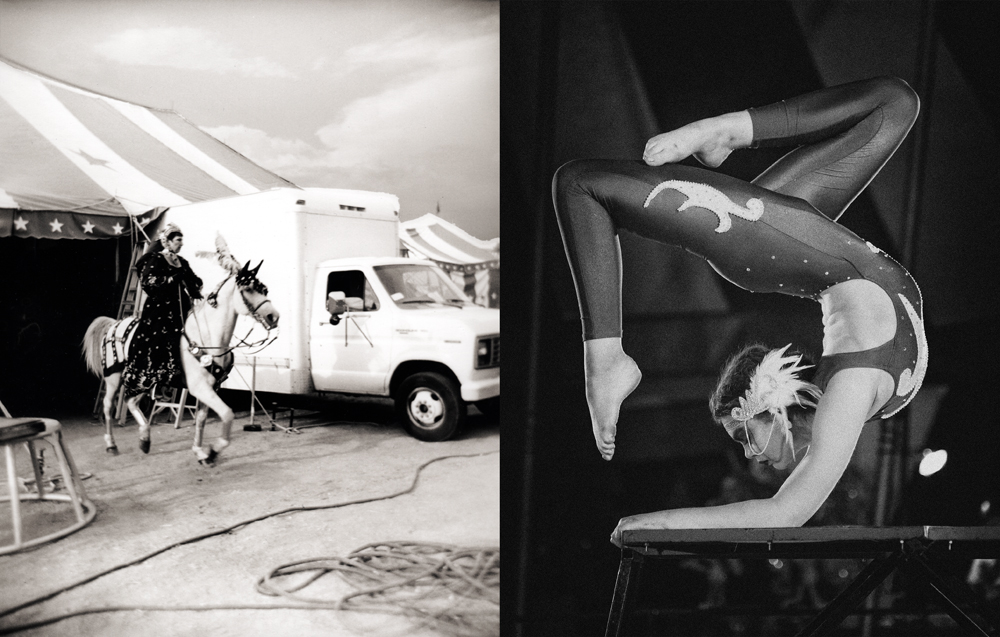 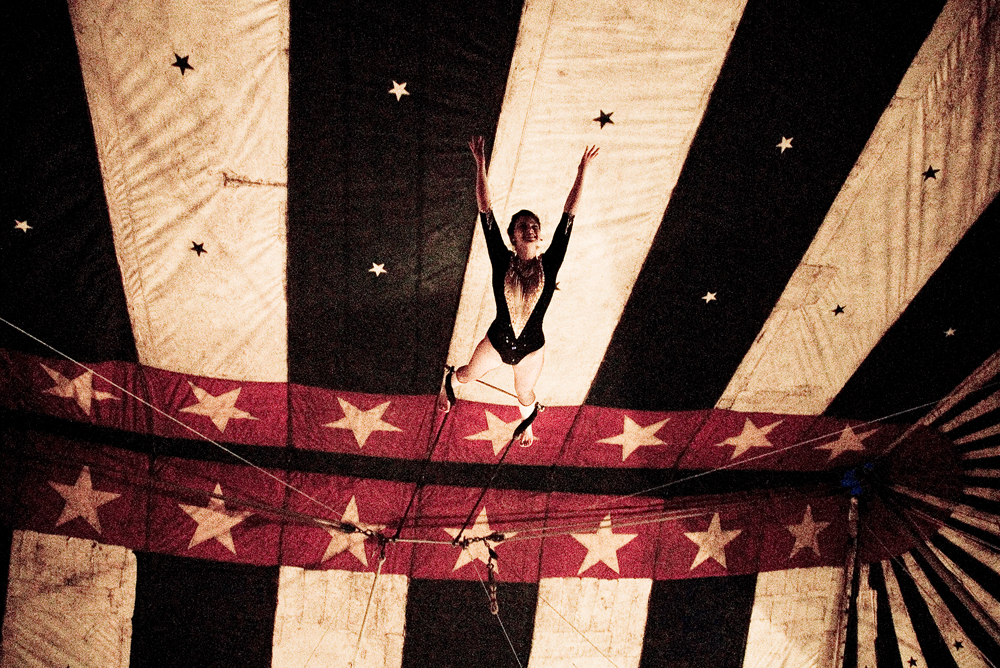 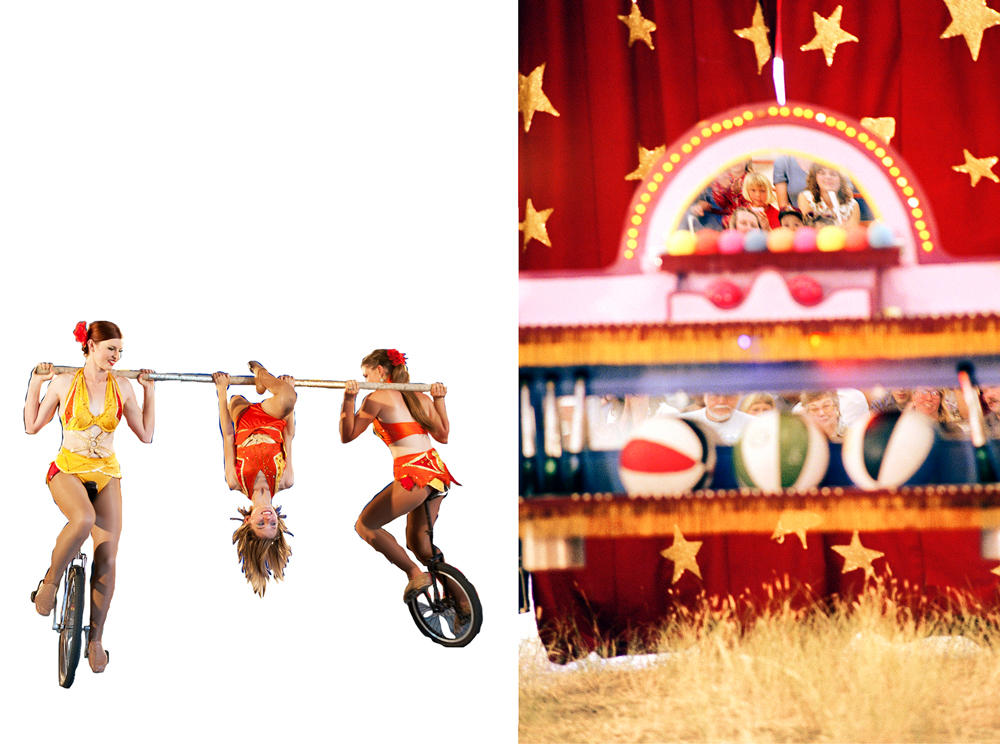 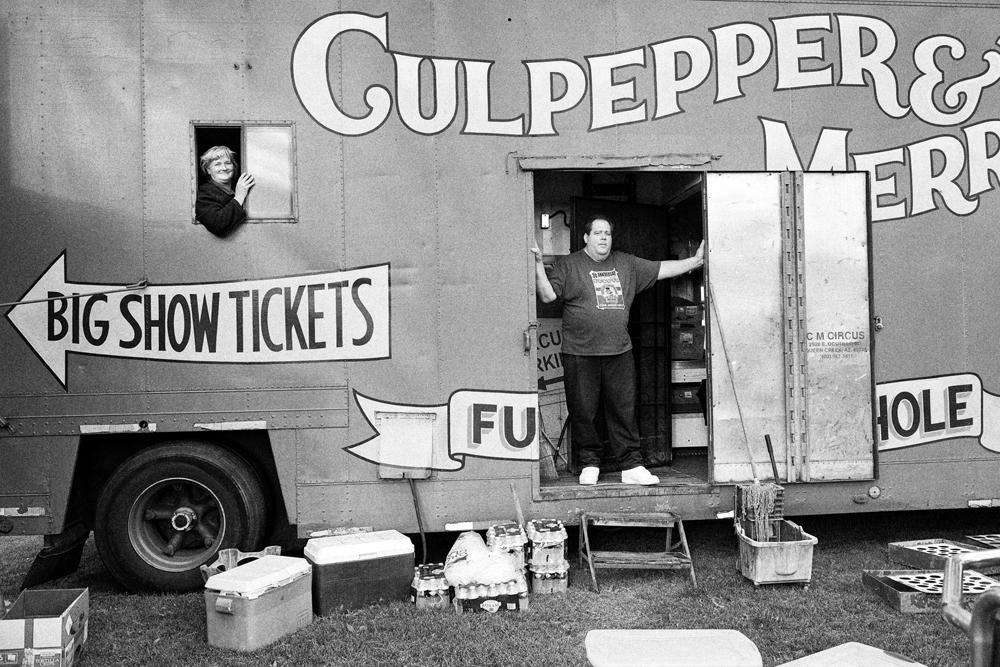 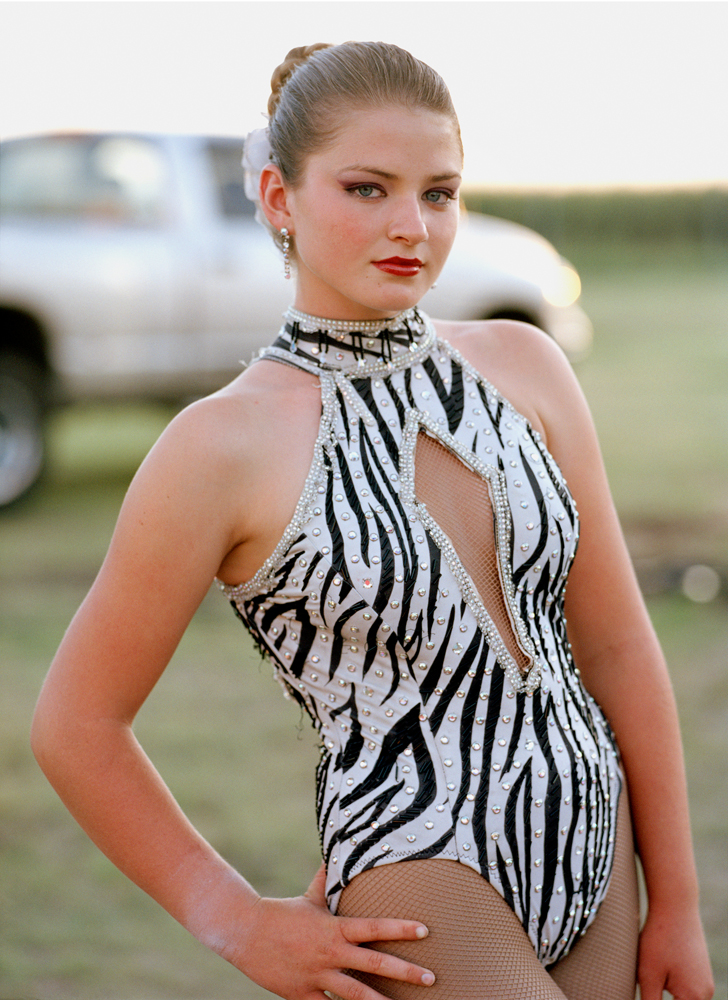 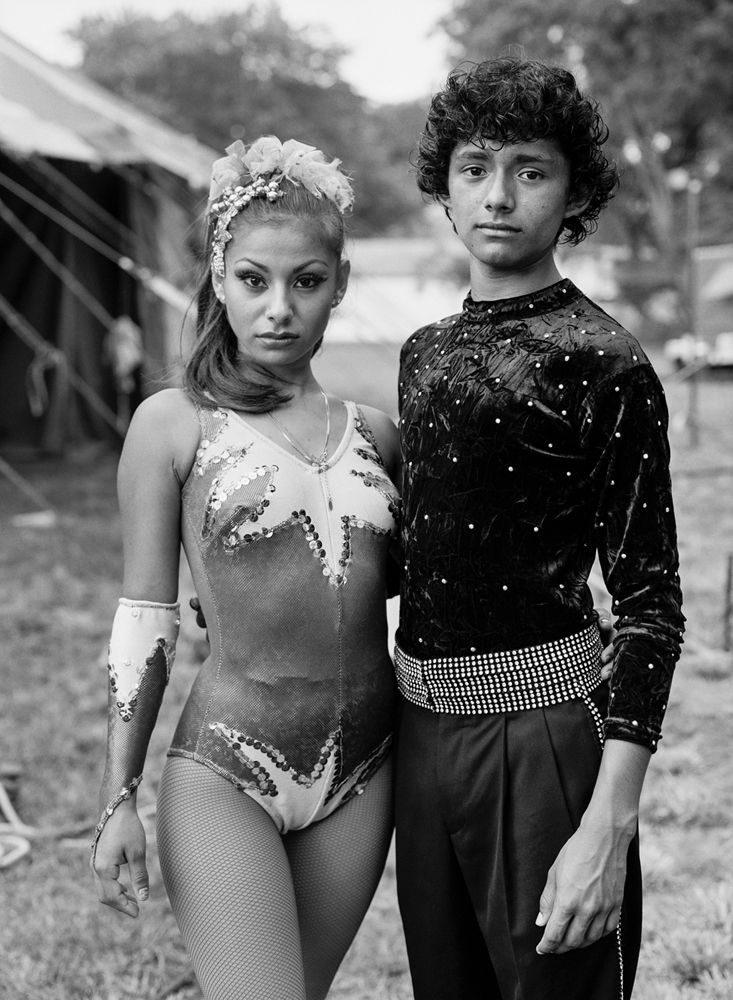 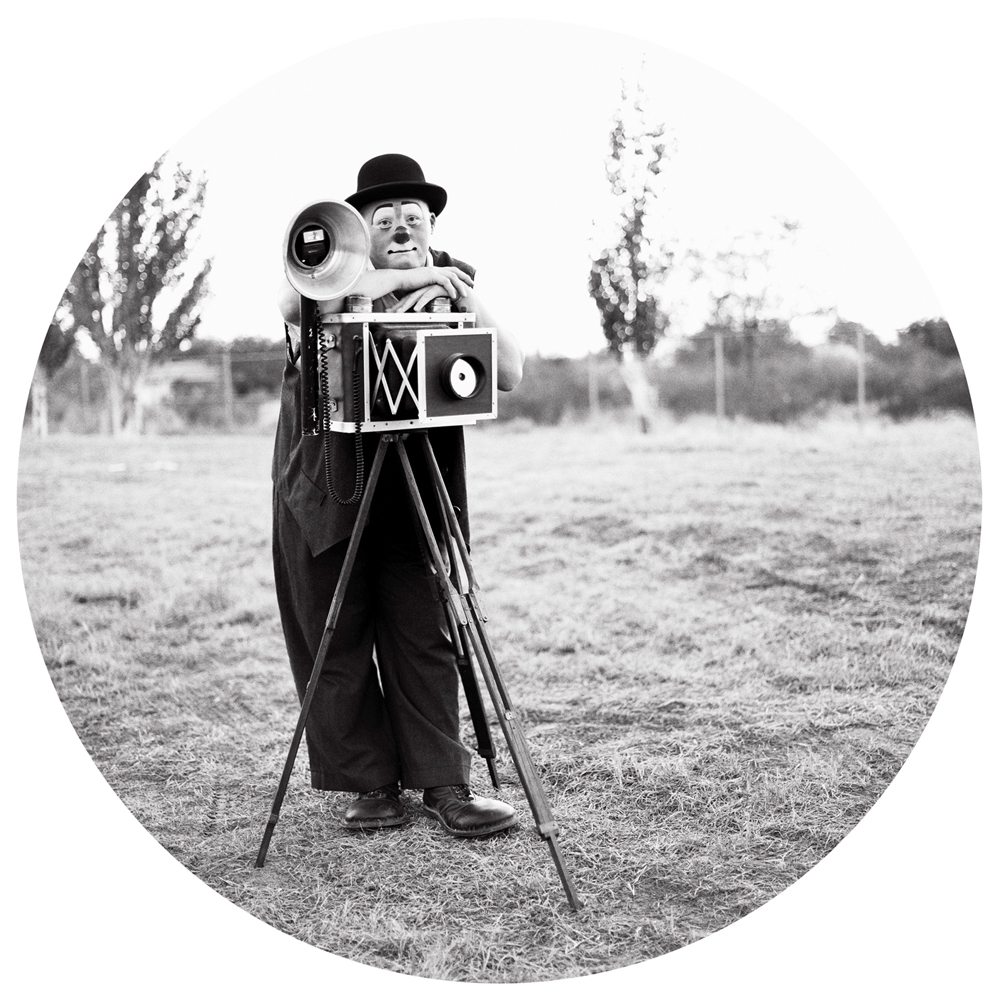 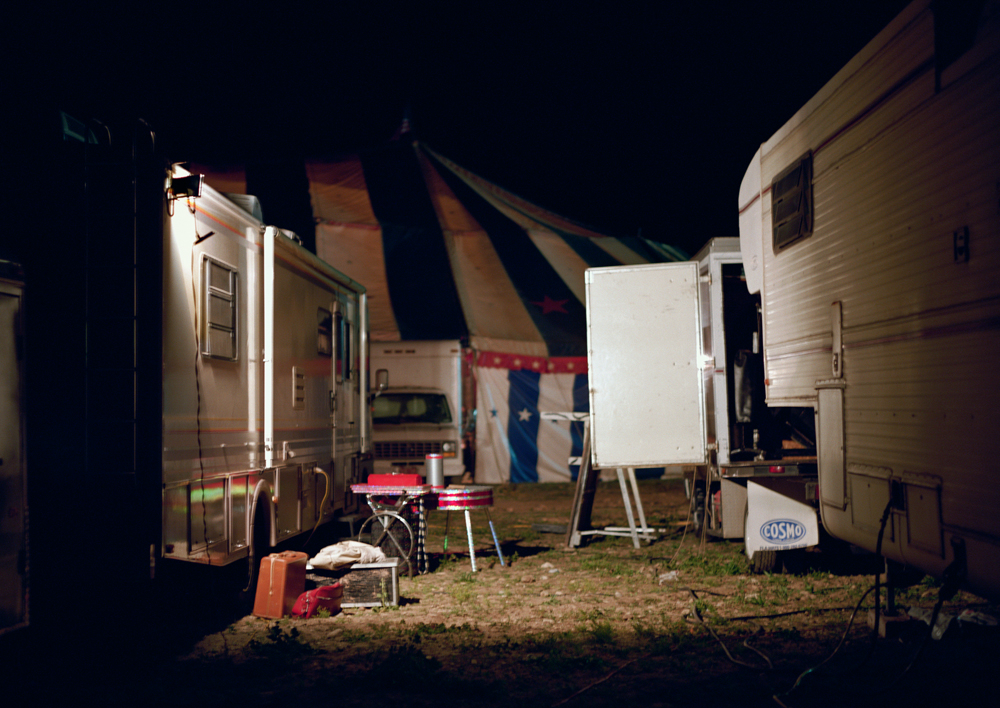 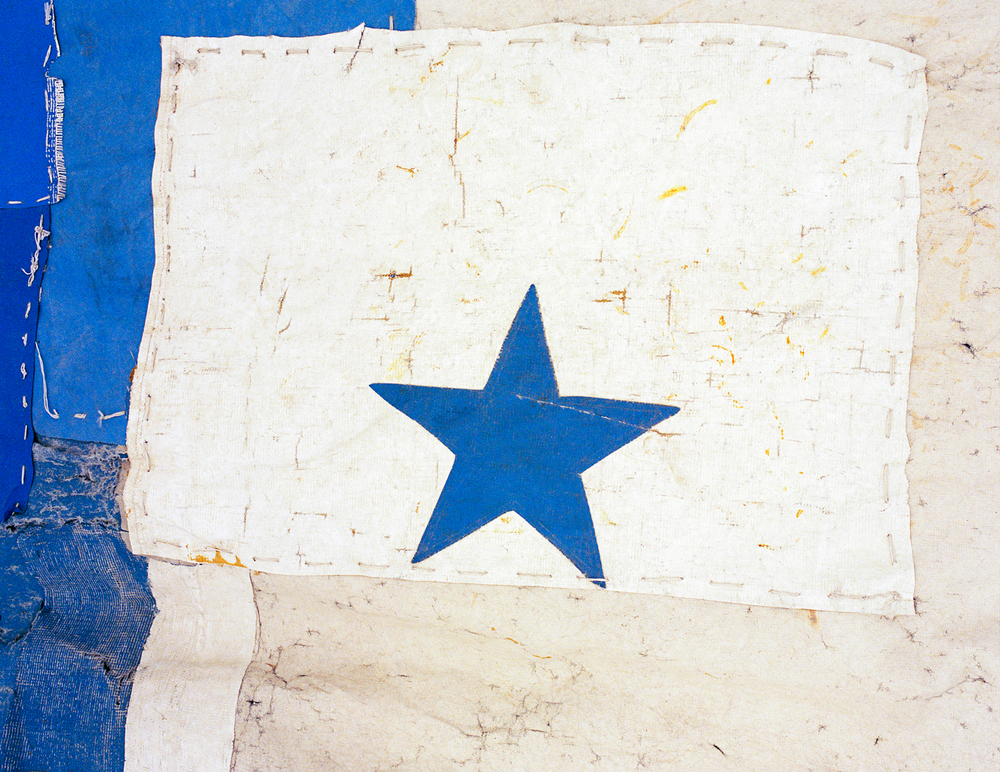 the same lonely feeling that creeps in every time as i watch the caravan pull away, knowing i will be heading in a different direction. alone. no matter how i know i will see them again, there is something to this feeling that the family is leaving or that the show is going on without me. the feeling of belonging to a flock, a pack, or a tribe is really exaggerated on the circus – especially this one – much like on a film set – so to see them all leave, no matter how tired of sleeping in the car or in need of a shower i am, leaves me with a bit of a pang. every time. 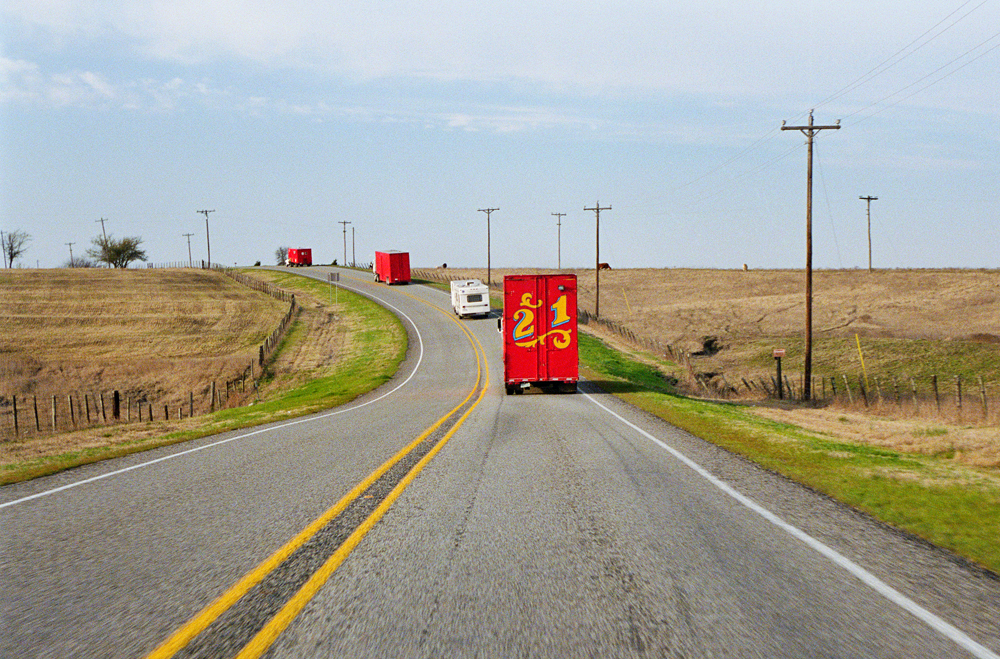 Note: The pandemic grounded circuses across the country for the 2020 season. As of May 2021, C&M is back on the road – and the Show goes on…