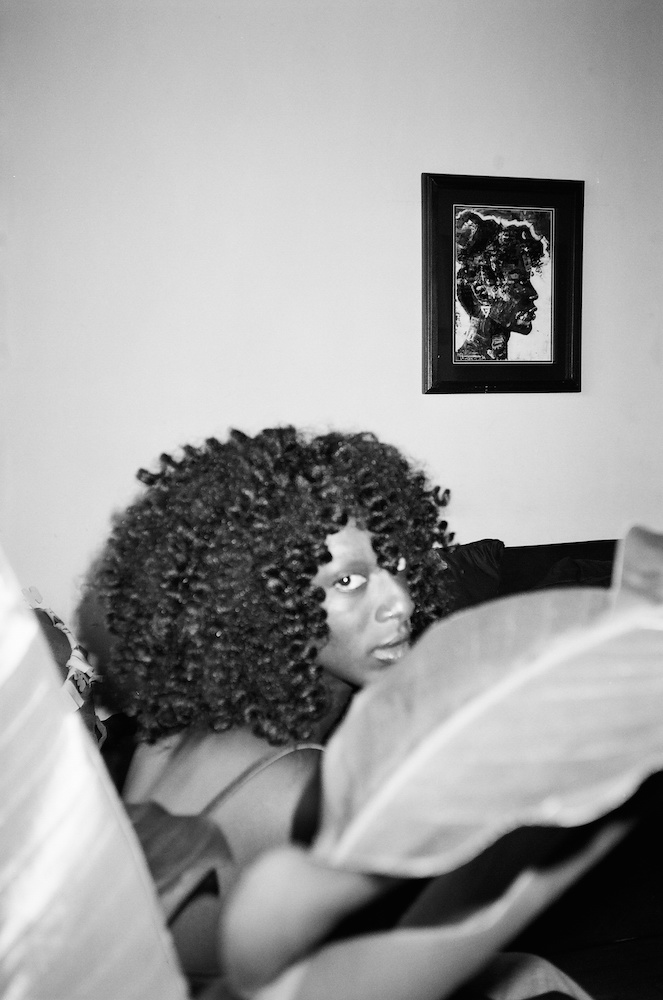 Long before cell phones provided easy access to thousands of pictures, I carried a photograph in my wallet. It was well worn, survived years of handling, and eventually performed its own fold as I followed its creases back into shape. zakkiyyah najeebah dumas o’neal’s 35 mm images of Black women in her community unfold on the wall like a well-loved photograph. She punctuates them with reiteration, an echo of the same image reminding the viewer to go deeper rather than farther. These images map out a kinship network, unfold a folklore, and make visible the people and relationships that form her constructed family. zakkiyyah’s installation offers not a destination but a direction to follow in this nonlinear story, a collective journey using photography to form a personal topography. 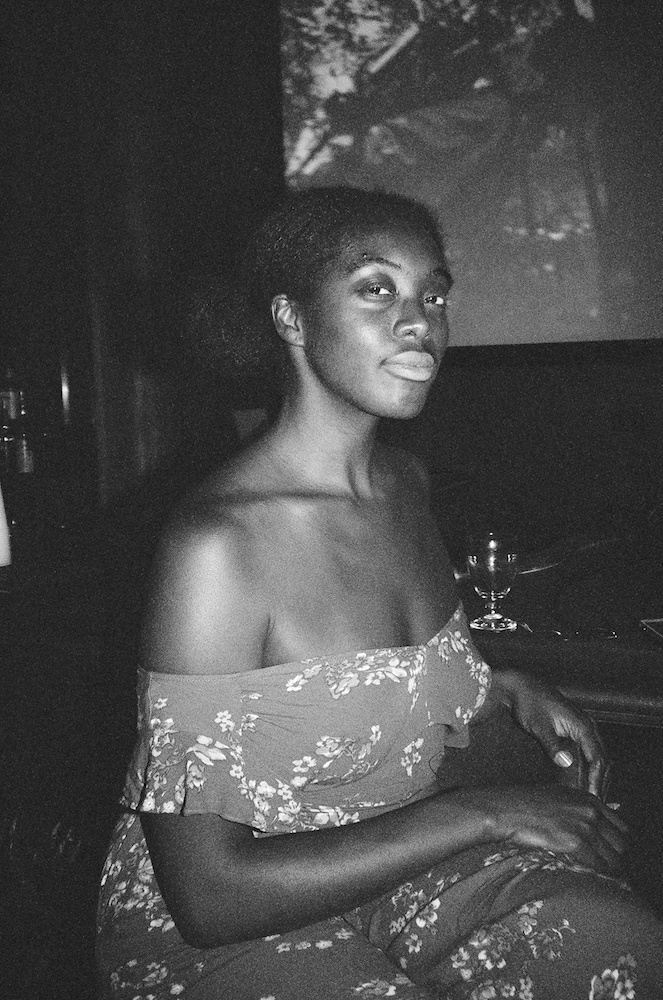 zakkiyyah najeebah dumas o’neal’s work is most often initiated by personal and social histories related to family legacy, queerness, community making, and intimacy. o’neal’s practice borrows from the visual traditions of social portraiture, video assemblage, collage, and found images, and seeks to reinforce a different kind of gaze (and gazing) enacted through empathy, desire, love, connectedness, and longing. She makes work to further understand how her own lived experiences are connected to broader shared histories and social/cultural experiences. Within her projects there’s an overlying theme of trying to make sense of what and who she belongs to. Ultimately, she intends for her work to reach spaces beyond representation — to imagine ways of being and feeling beyond the systems we inhabit.

zakkiyyah has been included in numerous group exhibitions and has had several solo exhibitions at Mana Contemporary, Blanc Gallery, and South Bend Museum of Art. She has also curated exhibitions at spaces such as Chicago Art Department, Blanc gallery and Washington Park Arts Incubator at the University of Chicago. She recently held the 2019- 20 Jackman Goldwasser Residency at the Hyde Park Art Center, Chicago. She is currently an Artist in Residence at University of Chicago’s Arts and Public Life initiative, and forthcoming Artist in Residence at Indiana University in Bloomington, IN.

zakkiyyah is also a Co-founder of CBIM (Concerned Black Image Makers): a collective driven project that prioritizes shared experiences and concerns by lens based artists of the Black diaspora. Follow Zakkiyyah on Instagram: @zakkiyyah.najeebah 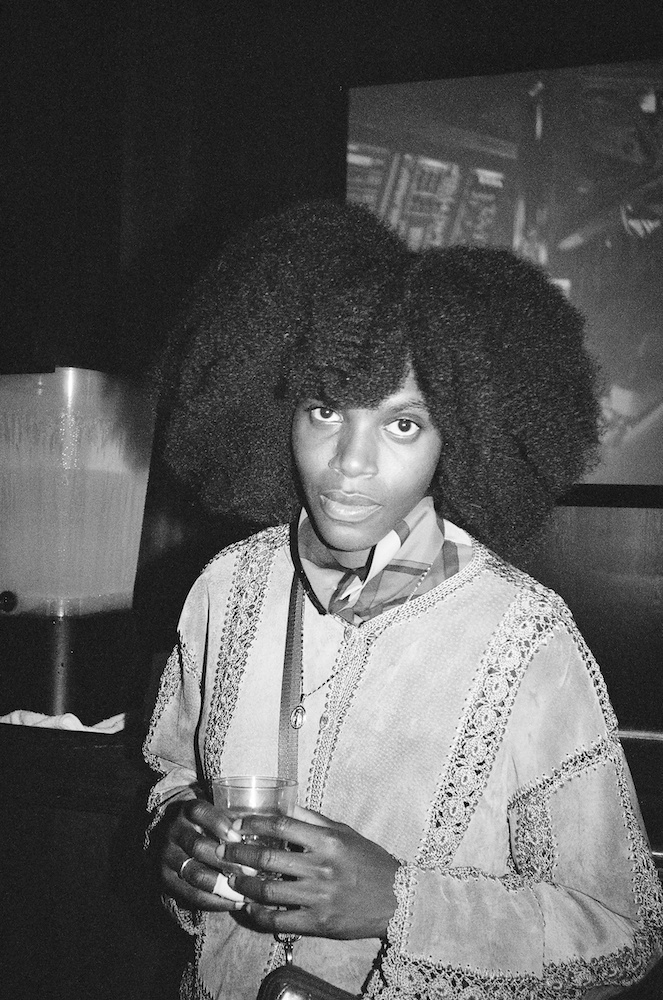 I’m visually and inherently inspired by ways of being that are entirely unique to very specific Black experiences: for example my portrait work depicts multiple ways of being as actualized through queer Black women. As part of making portraits with my collaborators, I’m attentive to how Black women/femmes position, style, and affirm themselves in both social and private environments. These moments are depicted through performed posing or candid happenings. To create my work, I borrow from social documentary portraiture, video assemblage, and vernacular found family sourced materials. My practice is deeply collaborative; within my portrait making and the work I make utilizing my family history. In addition to this investigation, I purposely seek to reinforce a different kind of gaze (and gazing) through the practice of empathy, desire, love, connectedness, and longing. I’m continuously exploring how these feelings (within all my work and through engagement), are exchanged between myself, my family, collaborators of my portraits, and those who experience the work. 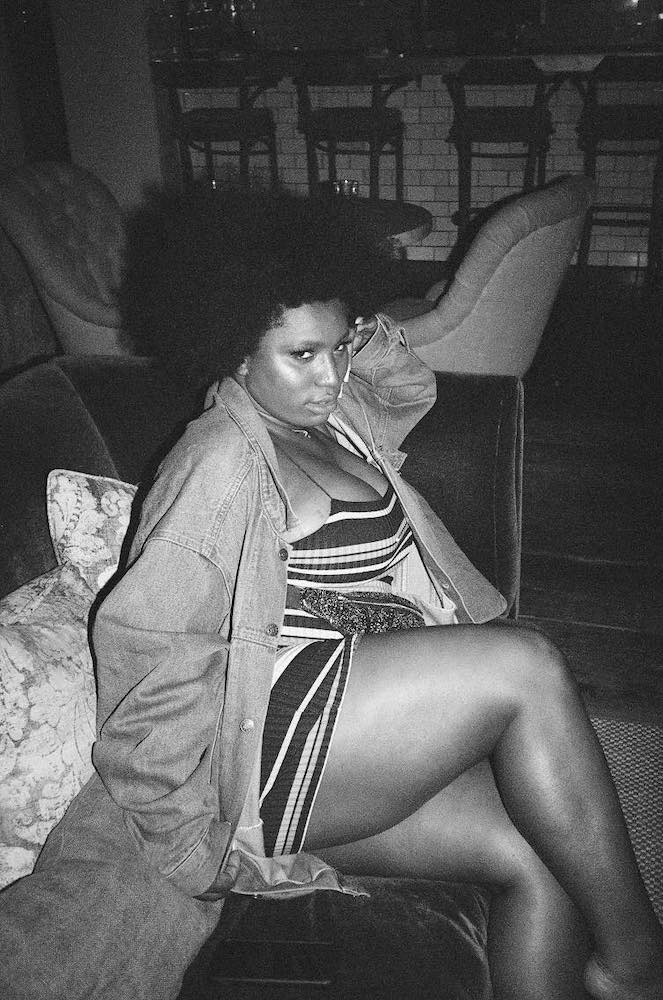 In her large-scale portraits ( taken on 35mm film ) of Black women/femmes in private encounters and candid interactions, Najeebah embraces the concept of Womanism (coined by author/historian Alice Walker). Walker defines Black womanist theory and a Womanist as A black feminist or feminist of color… Appreciates and prefers women’s culture. Committed to survival and wholeness of entire people, male and female. Conscious of how the concept of woman is continuously evolving, Najeebah’s work offers a reflection on both its limitations and expansions.

“I am deeply committed to expanding not only how Black women folk are understood through their identity, but more so invested in how we (Black womenfolk) perceive ourselves and the diverse range of Black women whom we carry shared histories and complex bonds with…”– Kaylee Wyant, ADDS DONNA 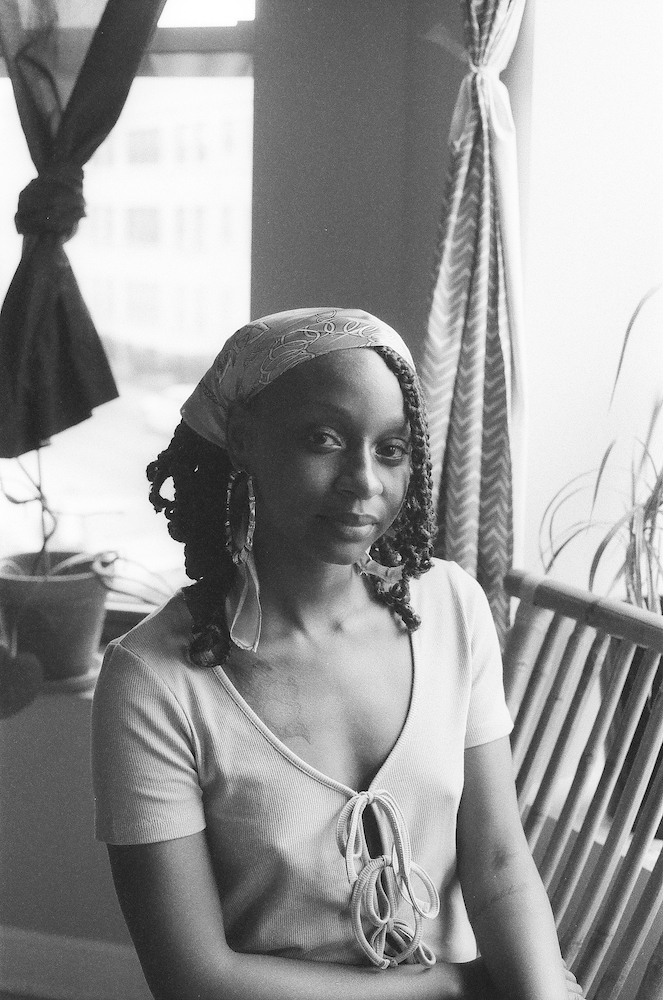 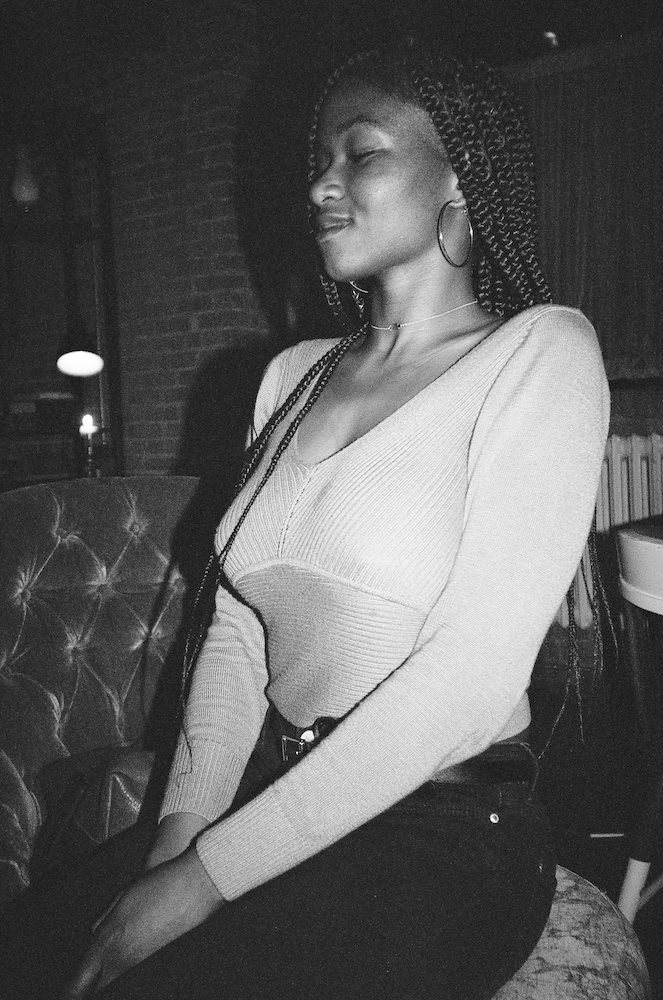 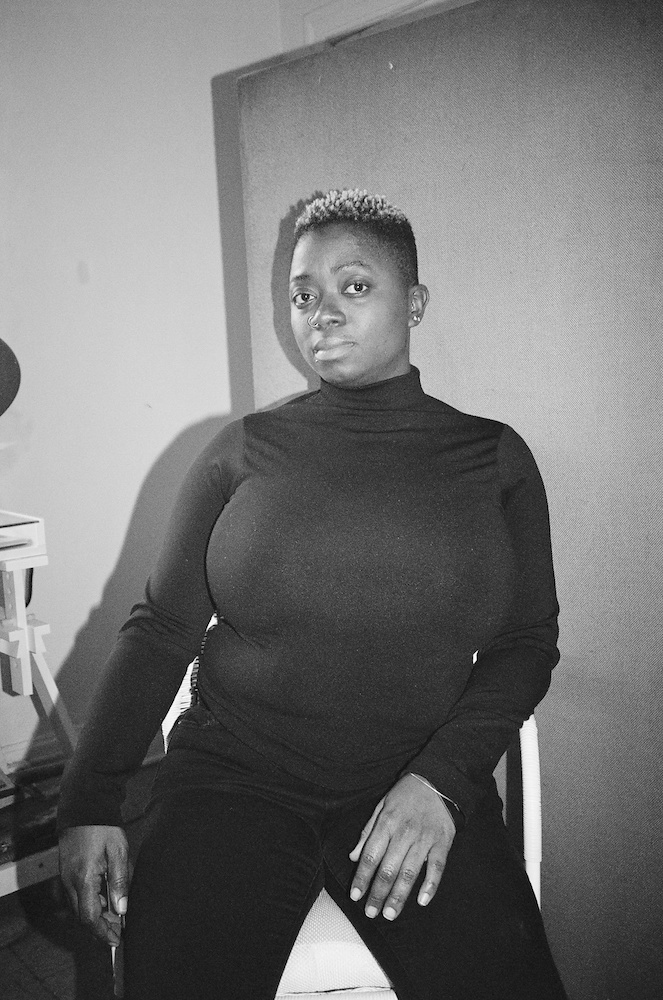 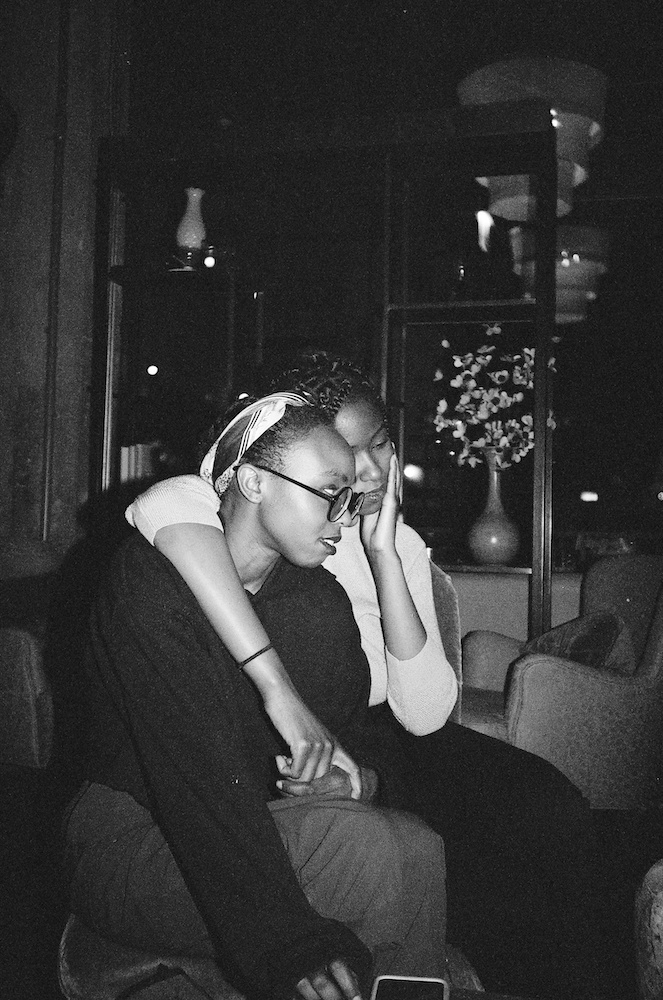 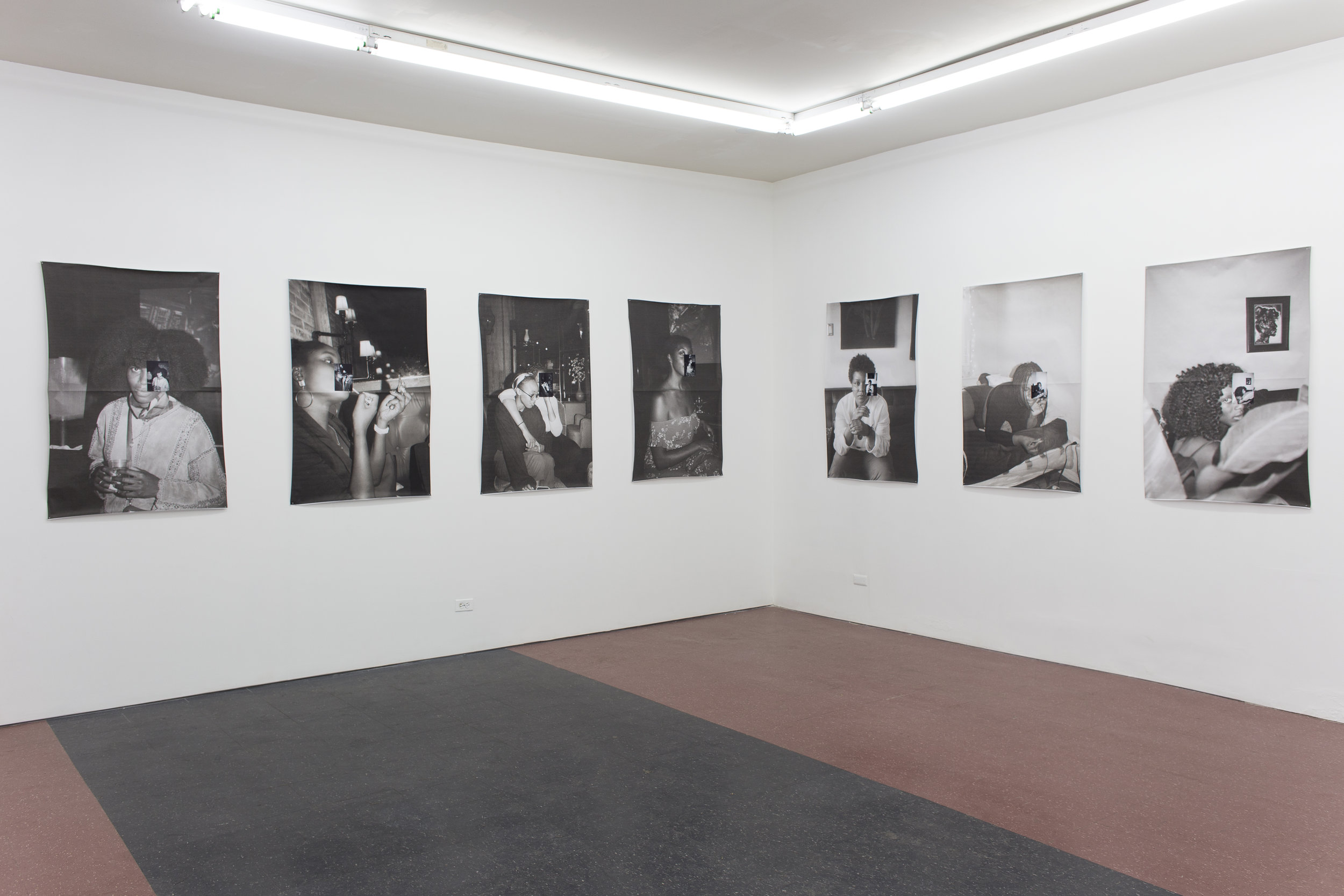 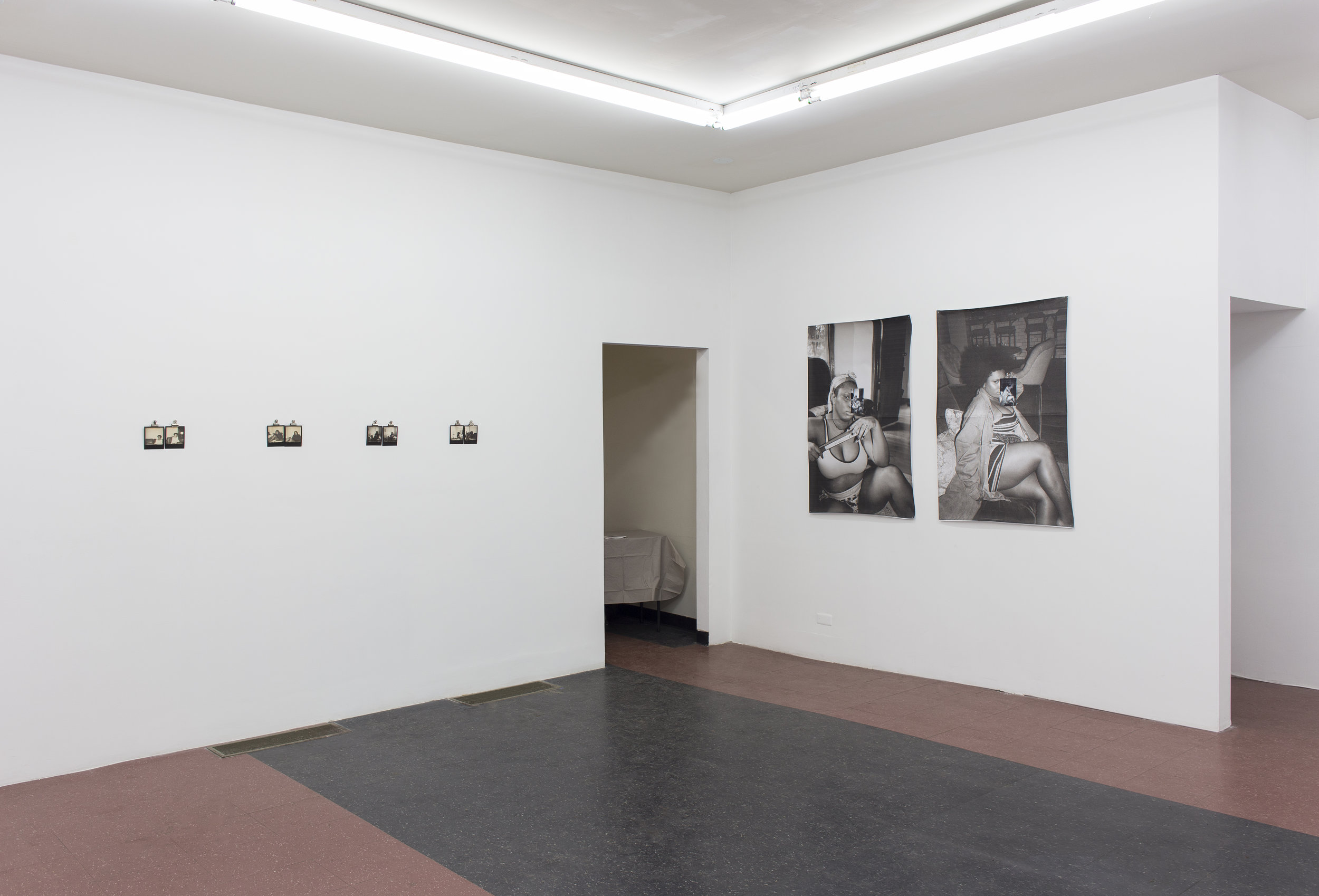 NEXT | David Ondrik: Other Emphatic Caprices >
< Love’s Labors: Mira Burack: The Terrain of the Bed | PREV