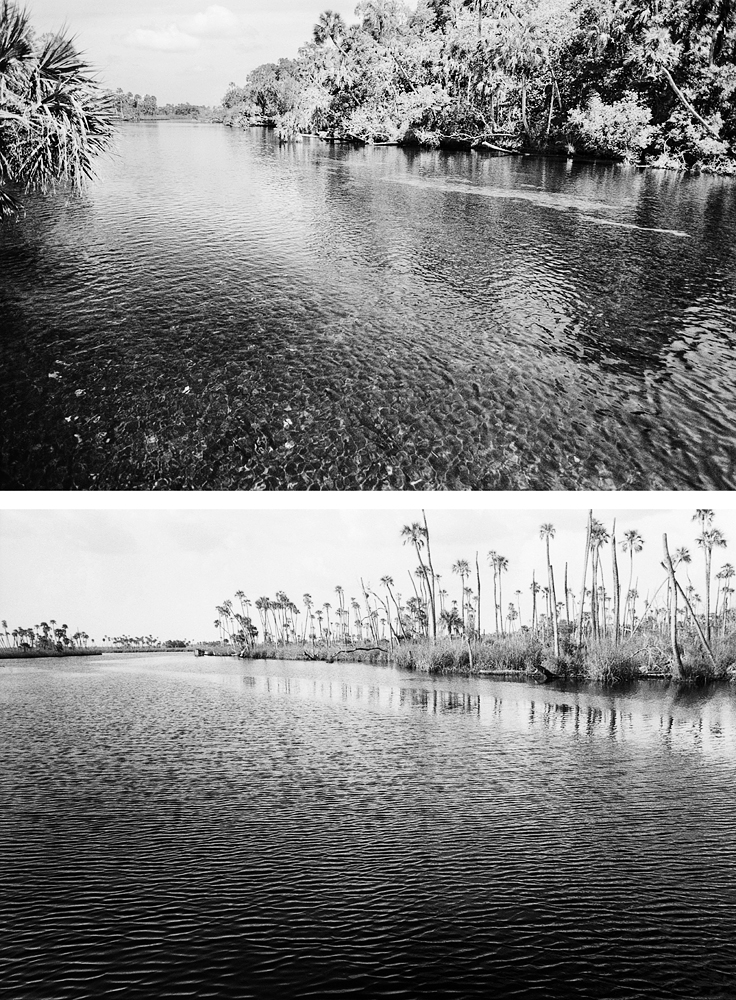 In the Lenscratch call Art + Science Award: The Heart of the Matter, we asked photographers to consider a shifting perspective of our current world, placing emphasis on the most pertinent themes that reside throughout the boundaries of art and science. Due to the superlative quality of the submissions, it was challenging to narrow down from 137 portfolios to seven final selections.

This week in Lenscratch, we look at the seven winning artists who use photography to investigate themes emphasizing the impact of emotional, physiological and environmental forces upon individuals and societies. Some projects shed light on dualities like beauty and fear or human rights and authority, while others resonate with a singular vision

In a broad sense, each of the winning artists submitted a series of photographs that makes the invisible visible. From the questioned intentions surrounding surveillance to the exposure of transitioning fungi, these works share interwoven threads with the current frenetic stillness of our world. 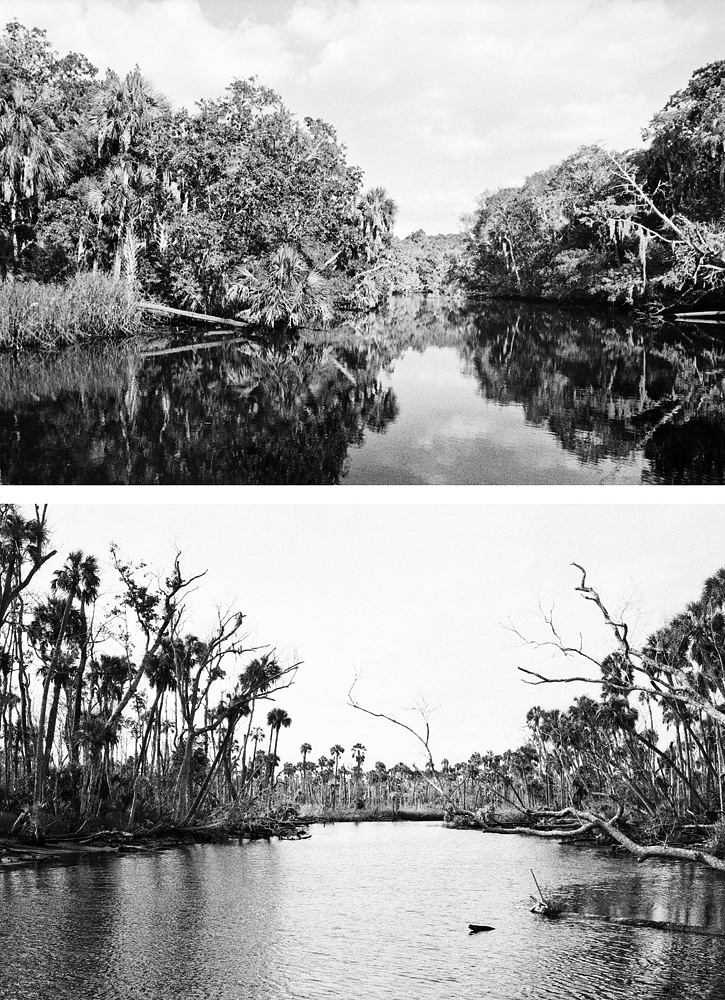 “One wasn’t aware of Florida’s overdevelopment and resource mismanagement when you left the dock in a canoe. It was shocking and heartbreaking to see it being decimated by the saltwater intrusion.”
Benjamin Dimmitt

Benjamin Dimmitt is an artist, educator and activist based in Asheville, North Carolina. He considers his birthplace, the Gulf Coast of Florida, his personal place of sanctuary. In 2004, he began photographing a series entitled Primitive Florida to investigate the vulnerable landscapes within his native state. Years later, he returned to photograph at these exact locations and was shocked by the decimation.

Dimmitt pairs his photographs, the former with more recent, to expose the raw truth of the deteriorating effects of climate change on the environment. The differences between the images of lush wetlands and those of haunting bare forests reveal the fragile ecosystems of the Florida coast. An Unflinching Look provides the viewer with a shocking awareness to this ongoing decline in the Gulf Coast of Florida, adding to the many global indicators that the change in the Earth’s climate system is undeniably real. 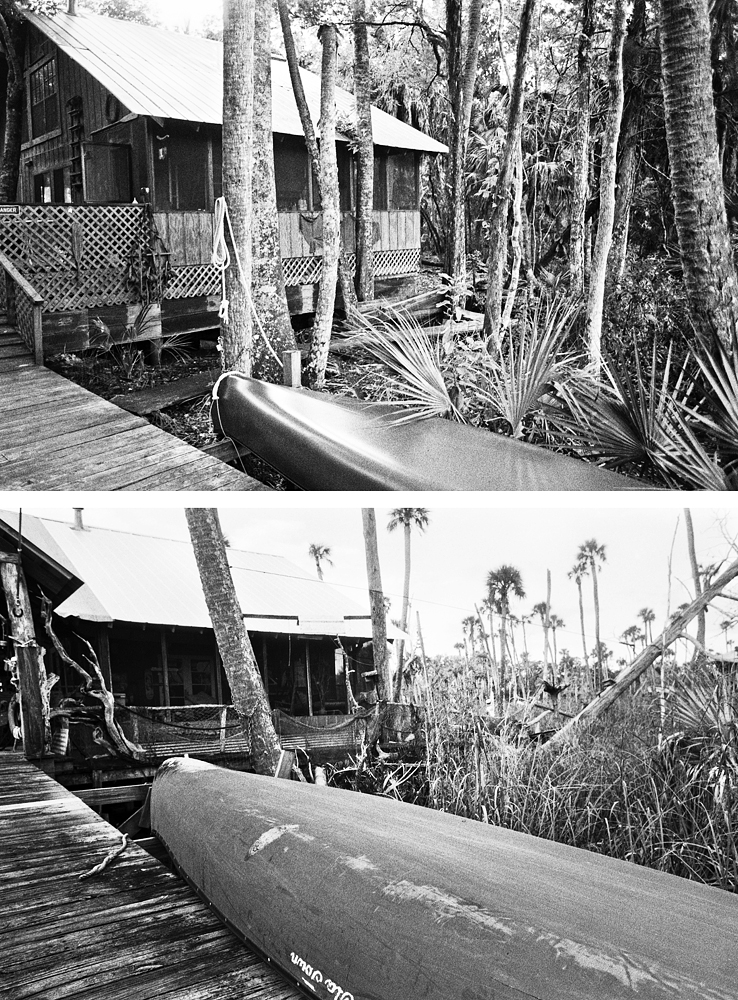 I knew immediately that something was very wrong seven years ago when I visited the swamp and dead trees were everywhere. I was observing and photographing the effect of something but I didn’t know what. I contacted local universities and learned about coastal inundation, saltwater intrusion and about a spike in sea level rise that began in 2010. The research that I’ve done since 2014 has opened my eyes to how politics, development, resource mismanagement and lax enforcement have all combined with the global climate crisis to cause this ruin. These spring-fed wetlands and formerly lush hardwood forests are a favorite feature of my native Florida landscape and they were succumbing to the Gulf of Mexico. I began photographing there in 2004 for a project on vulnerable landscapes; evidently, the future had arrived. By pairing older images with new images of the same landscapes, I am able to illustrate the slow-moving impact of climate change and rising sea levels. It has been very difficult emotionally for me to photograph the ghost forests and to document this ongoing loss. One of the scientists that I consulted was doing his graduate research on sea level rise and deforestation along the coastline that I was photographing. His study helped me understand how and why the ruin was occurring. He has used my re-photographic diptychs in several of his studies published in academic journals. He is contributing an essay and study to my forthcoming book of landscape photographs. 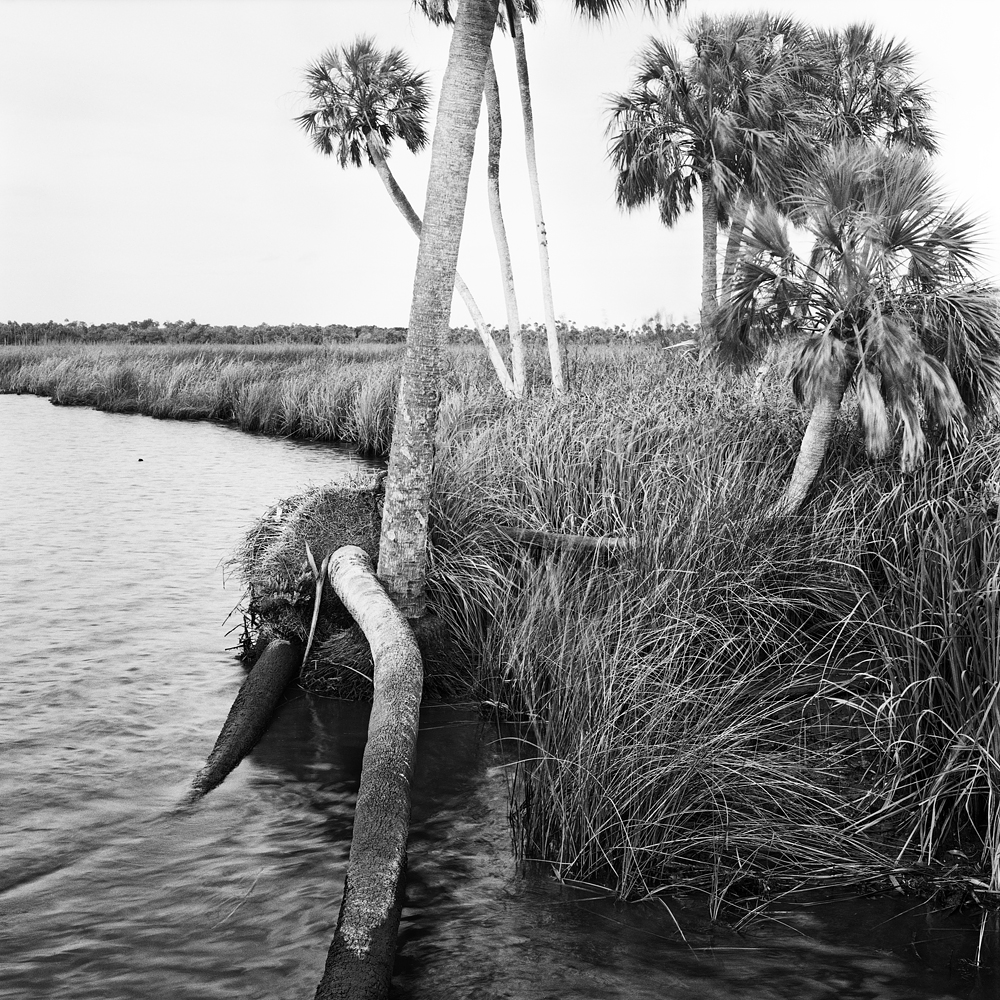 Benjamin Dimmitt was born and raised on the Gulf Coast of Florida. He graduated from Eckerd College in St. Petersburg, FL and also studied at the International Center of Photography in NYC, Santa Fe Photographic Workshop, NM, Santa Reparata Graphic Arts Centre in Florence, Italy, and City & Guilds of London Art School. Dimmitt moved to New York City after college and held an adjunct professor position at the International Center of Photography from 2001-2013. He now lives and works in Asheville, NC and teaches workshops throughout the Southeast. Benjamin’s photographs have been exhibited in numerous museums and galleries around the world, including the Museum of Fine Arts, Houston, TX, American Academy of Arts & Letters, NYC, NY, Southeast Museum of Photography, Daytona Beach, FL, Ogden Museum of Southern Art, New Orleans, LA, Florida Museum of Photographic Arts, Tampa, FL, and Griffin Museum of Photography, Winchester, MA. His work is included in multiple collections including the Museum of Fine Arts, Houston, the American Academy of Arts and Letters and Florida Museum of Photographic Arts. His upcoming book exploring sea level rise in Florida, An Unflinching Look: Elegy for Wetlands, will be published by the University of Georgia Press in 2022. 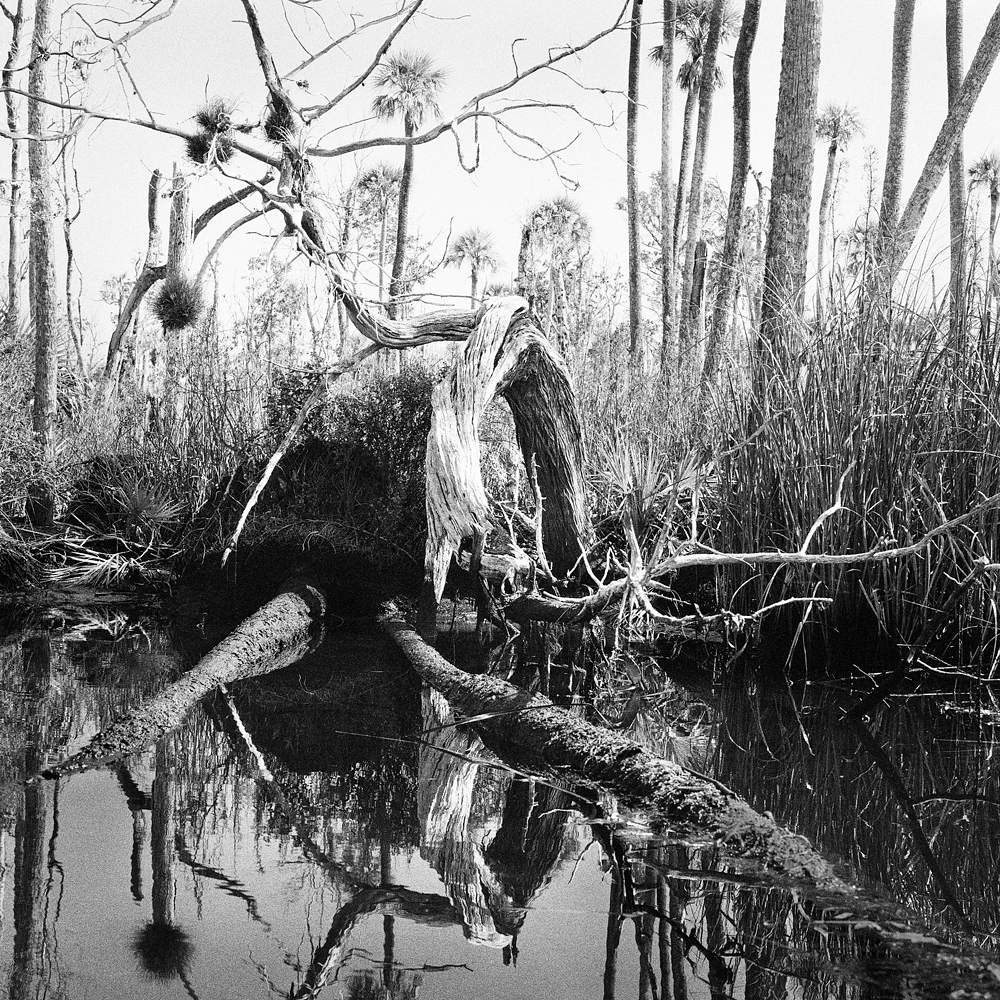 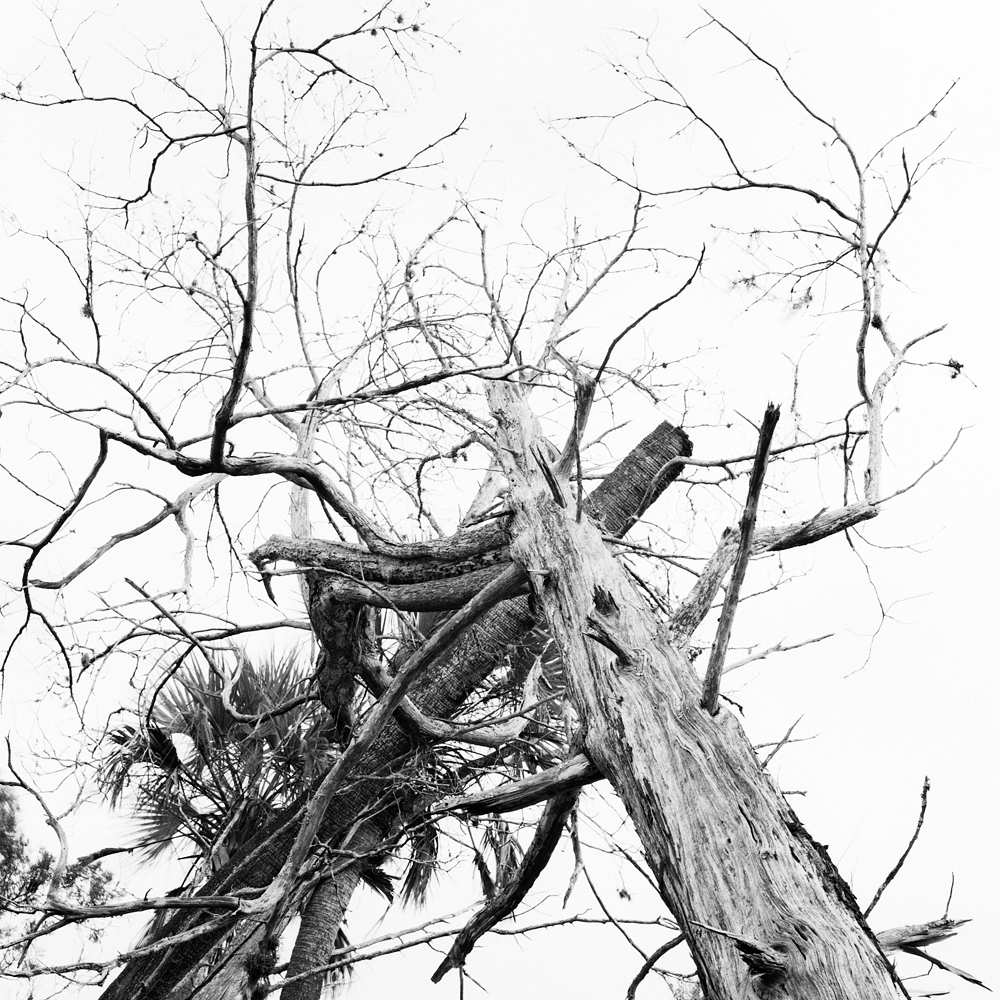 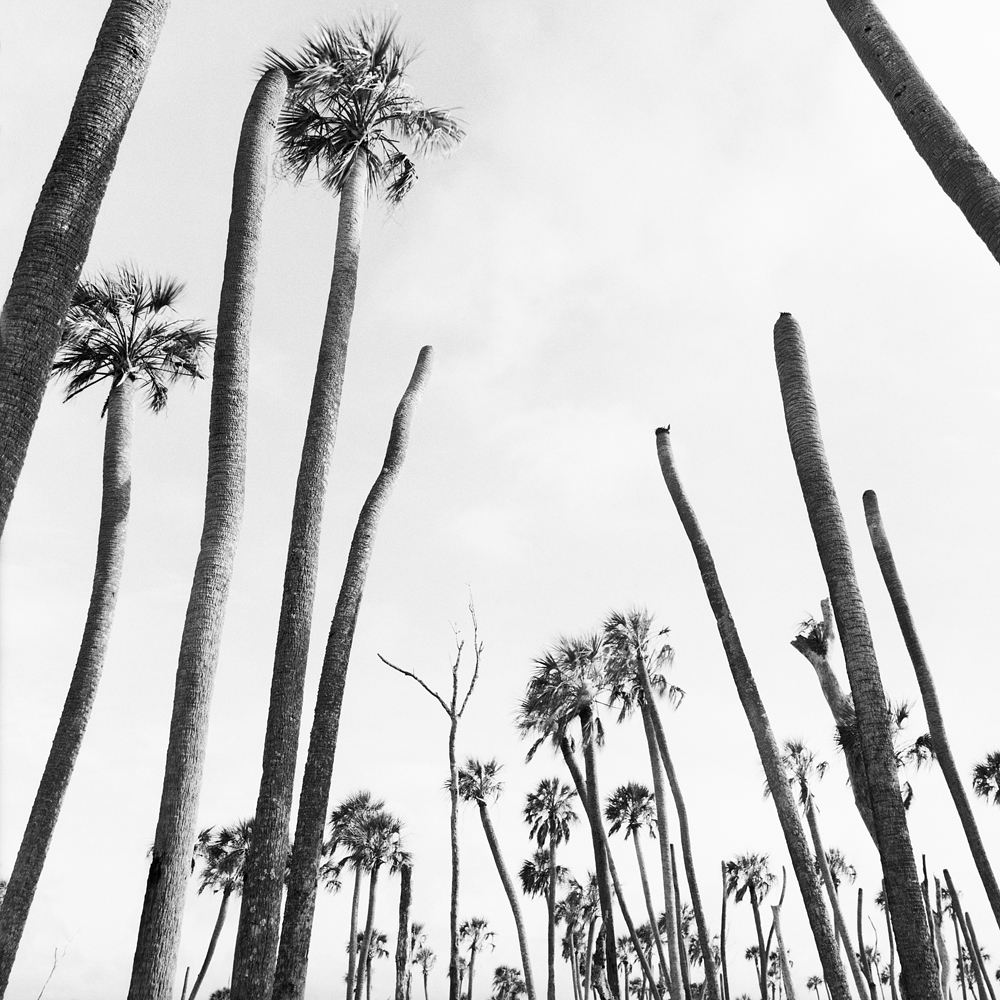 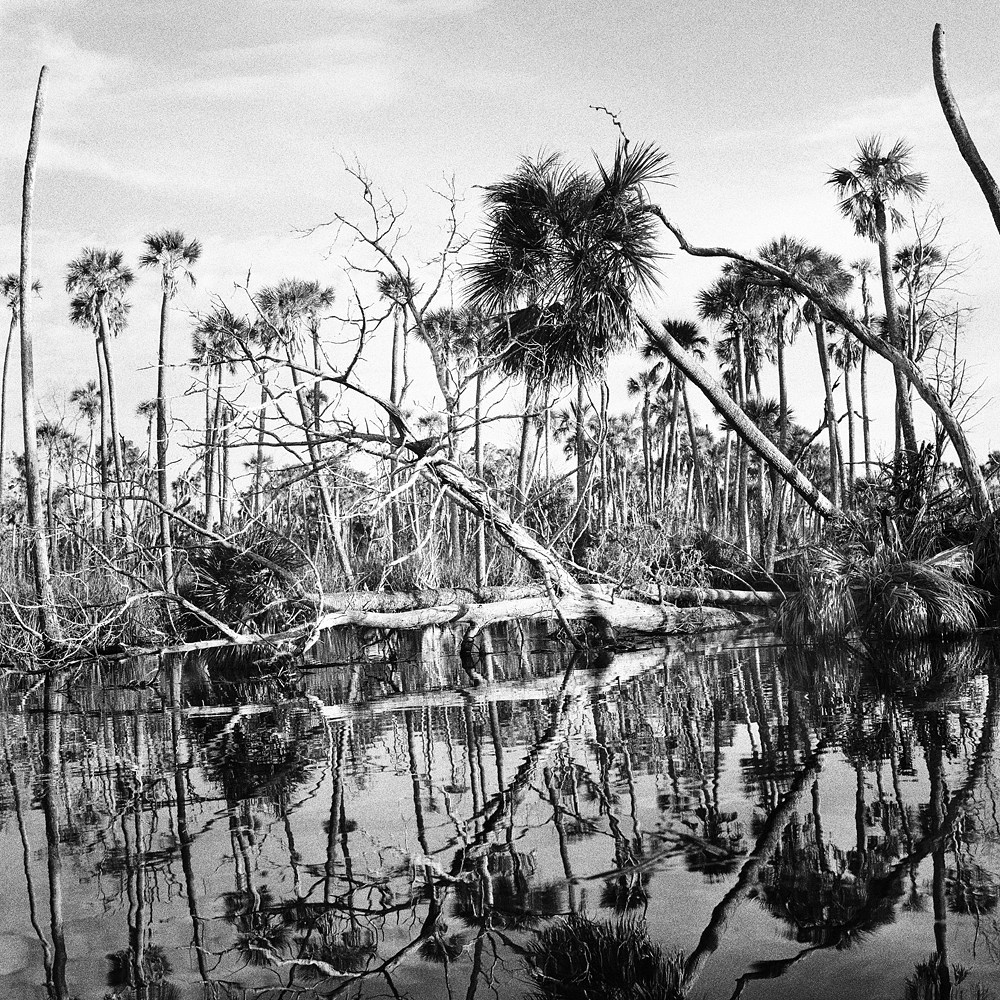 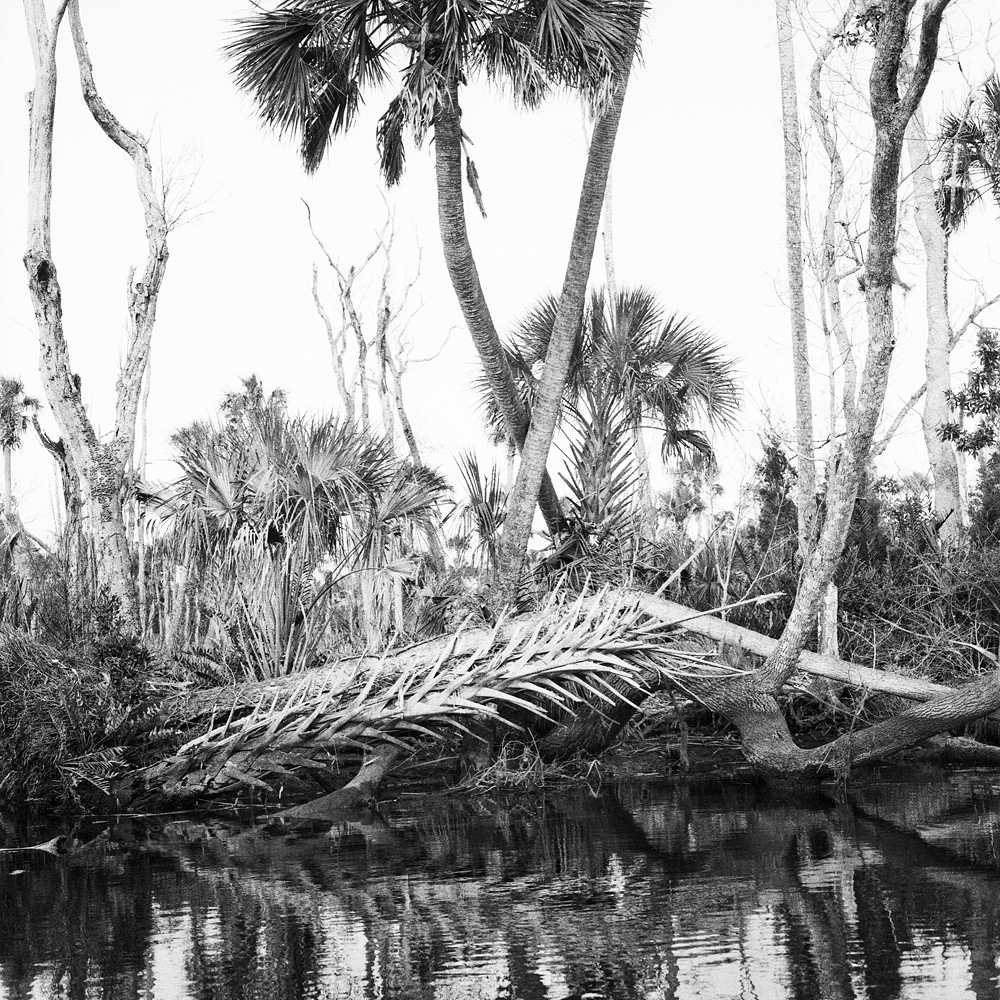 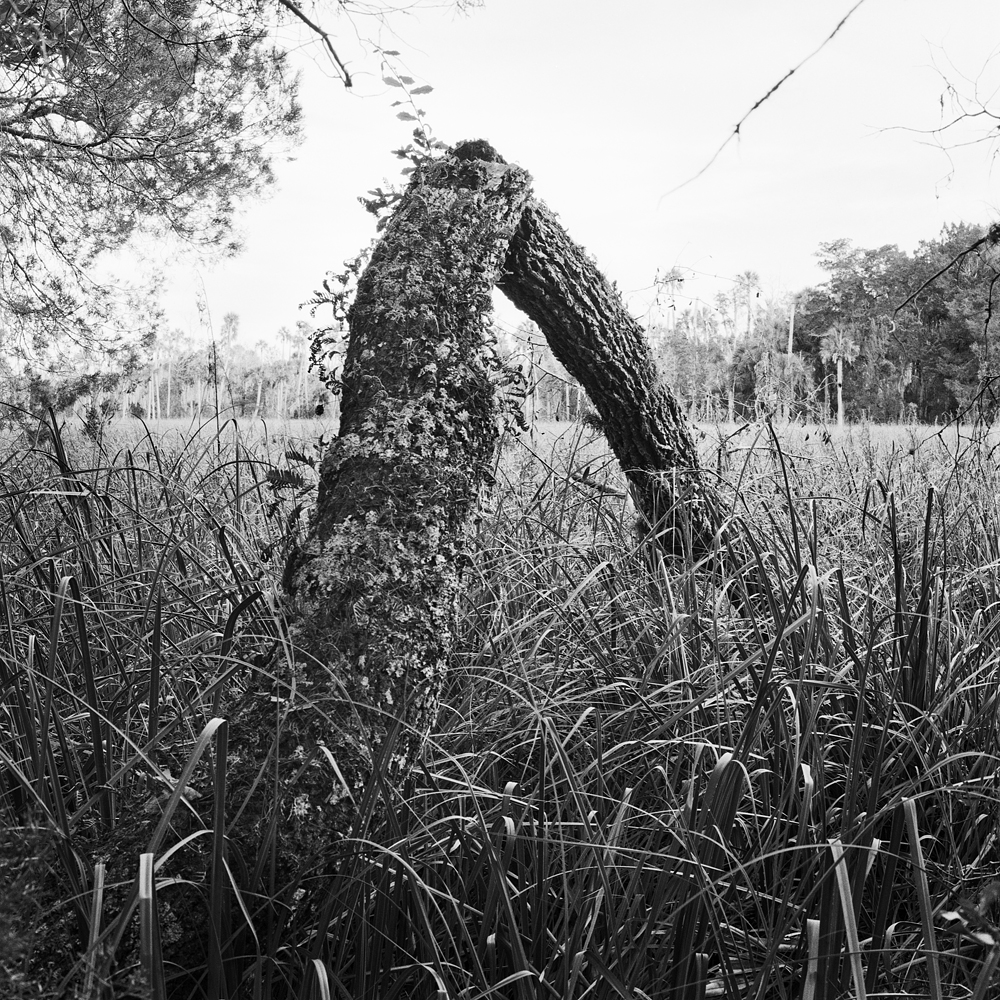 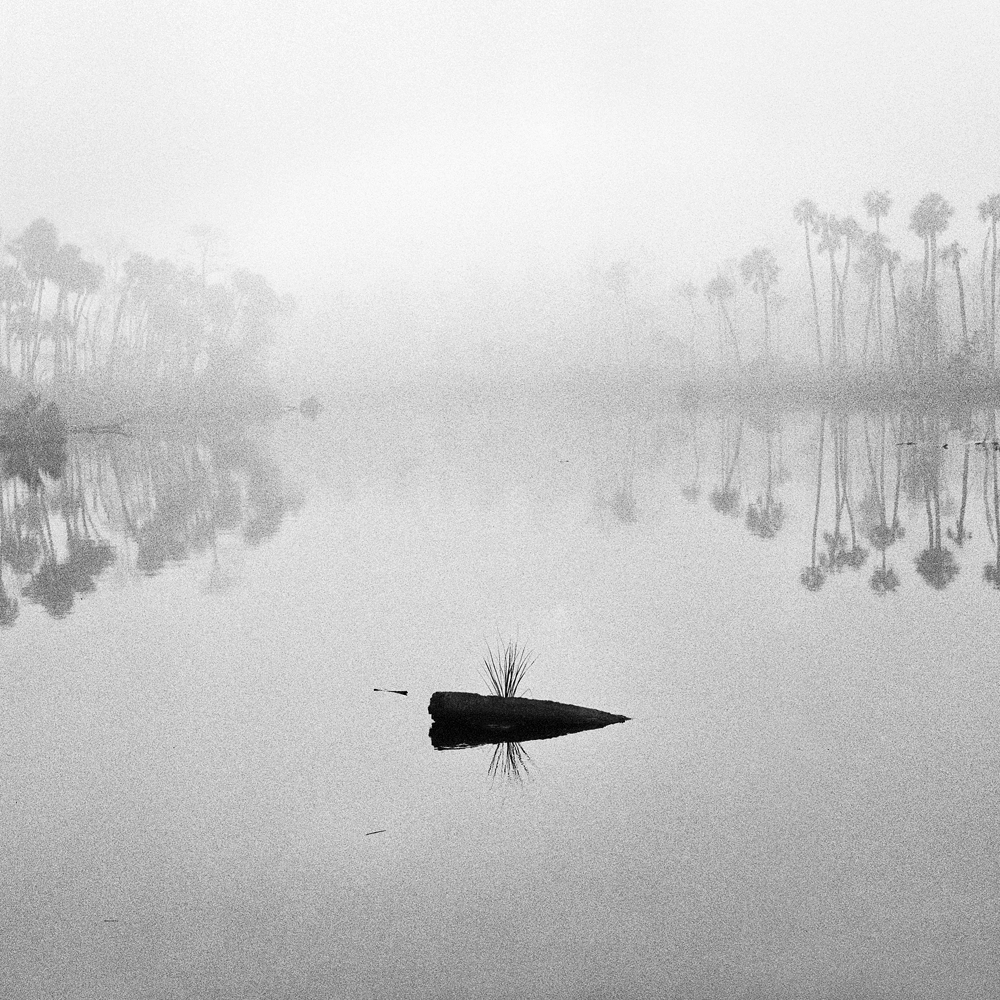 Linda Alterwitz a visual artist whose artwork engages photography, collage and interactive installations. Her projects focus on the unseen rhythms of the human body and our relationship to the natural world. Alterwitz’s creative practice has been informed by a fourteen-year exploration of scientific technologies that provide visualizations of our physical and cognitive states.

In 2015, Alterwitz was the recipient of the Nevada Arts Council Visual Artist Fellowship. Her work has been published in Smithsonian Magazine, Orion Magazine, The New Statesman, Musee Magazine among others. She has exhibited her work in both traditional exhibition and site-specific installations in the United States, United Kingdom, Japan, China, Spain, Israel, Germany, Greece and Poland. Alterwitz lives and works in Las Vegas, Nevada.

Patrick C. Duffy melds a love for art, giving and entrepreneurship in a state he calls home: Nevada. With his position as President/CEO of Nevada School of the Arts, Duffy spends much of his non-working hours promoting Arts & Culture in the Las Vegas & Reno communities and several out-of-state philanthropic efforts. Having built a long-standing and respected professional sales and marketing career in fine jewelry and hospitality, Patrick Duffy motivates and mentors’ artists, colleagues and customers, and can address and engage public audiences on a variety of best-practice topics including: Priceless Customer Service; Have to/Want to; and the Five Pillars of Life.

Duffy’s passion and commitment for the arts, complete with gifts placed in museums from London, New York, Chicago and Washington D.C. to Las Vegas, Reno, Bloomington, Santa Fe, San Francisco and Honolulu, have garnered both national and international recognition for his philanthropic efforts to the arts. His sense of artistic acumen coupled with a keen eye for museum quality art is reflected in the Goodman Duffy Collection. The legacy of the Goodman Duffy Collection is currently part of the Smithsonian Institute, Archives of American Art.

Duffy has served on the Board of Directors and Executive Committee at The Smith Center for the Performing Arts; former Vice Chairman of The NEON Museum; and curator of The Odyssey: A Visual Art Experience for the annual Life Is Beautiful festival in Downtown Las Vegas. As President of the Las Vegas Art Museum (LVAM), Duffy constructed a relationship (MOU) between the museum and the University of Nevada, Las Vegas–Barrick Museum of Arts to preserve the integrity of the LVAM collection. Additionally, as a former member of the Foundation Board of Directors for Opportunity Village, Duffy took a steering role in developing the Opportunity Village Art and Enrichment program and previously served as the appointed Arts Commissioner for the City of Las Vegas.

An accomplished motivational speaker, Duffy has been featured on global stages for his business experience, and locally; at Leadership Las Vegas on Art and Culture, and as an Inspire speaker at ‘Delivering Happiness Inspire!’ sponsored by Zappos.

Patrick Duffy is a dynamic leader who enjoys seeking the very best in every relationship, both professional and personal. Duffy resides in Las Vegas with his husband Luis, where they both continue to collect, and support the arts in both the US, Europe and Mexico.

More in Art + Science Competition: The Heart of the Matter