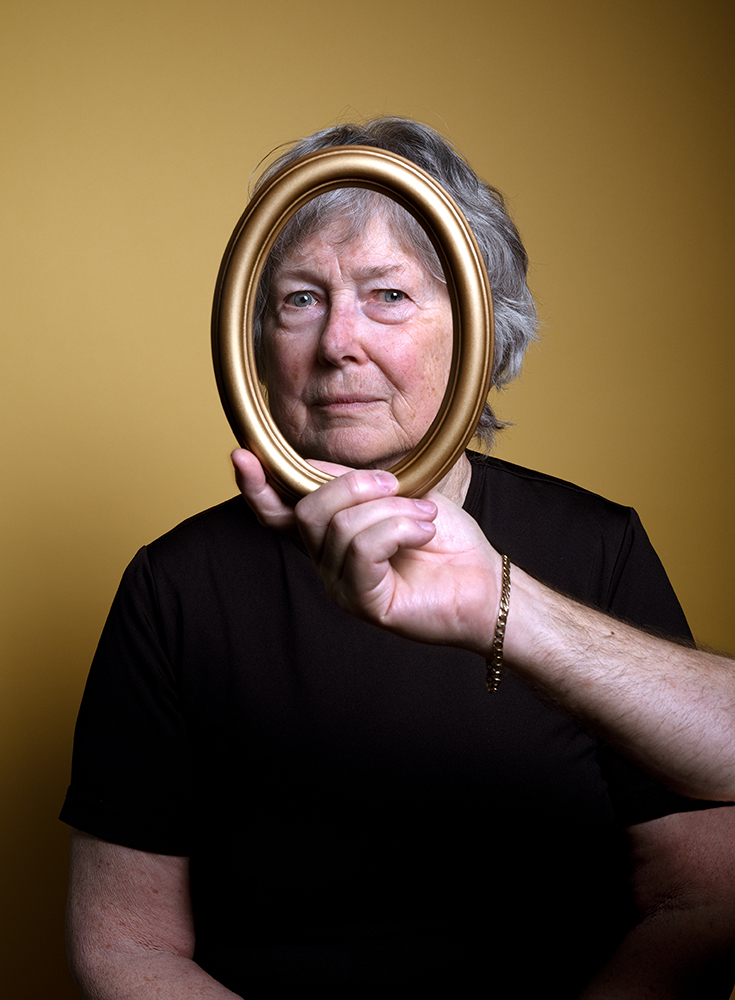 © Birthe Piontek, Frame, from the series Passages, in collaboration with Annemarie Etsell, 2022

As students, many of us are introduced to a what seems to be a never-ending list of photographers that have helped shape the world of photography. We see their work, we listen to their talks, and sometimes we even emulate them in hopes to better our own selves. The photographer that has continued to influence my work is Birthe Piontek. With every project I begin, Piontek’s work pops into my mind. She has become an inspiration to me with each image I see. Piontek constructs scenes of such complex emotion using simplistic compositions in a way that draws the viewer into the photograph. Her practice of creating involves many mediums, allowing her to find a reprieve from the pressure’s of producing work. There is no sense of urgency in her photographs. As viewer’s we are given the space to sit with each image and consider the importance of Piontek’s choices and how the choices we make influence those around us. 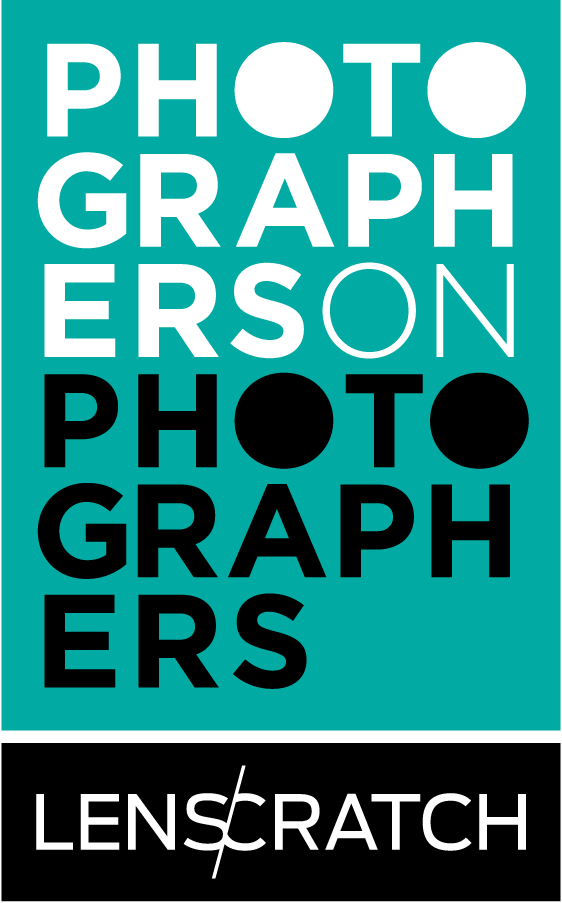 Born and raised in Germany, Birthe Piontek moved to Canada in 2005 after receiving her MFA from the Folkwang University of the Arts in Essen, Germany.

Her work has been exhibited internationally, in both solo and group shows, and is featured in many private and public collections such as the Museum of Contemporary Photography in Chicago and the Museum of Applied Arts in Gera, Germany.

Birthe Piontek’s project The Idea of North won the Critical Mass Book Award in 2009 and was published as a monograph in 2011. Her project Abendlied received the Edward Burtynsky Grant in 2018 and was nominated by Time Magazine as one of the best photo books in 2019. The most recent work, Janus, was published by Gnomic Book in 2021.

Birthe Piontek is an Assistant Professor of Photography in the Audain Faculty of Art at Emily Carr University of Art and Design in Vancouver and a member of the Cake Collective. 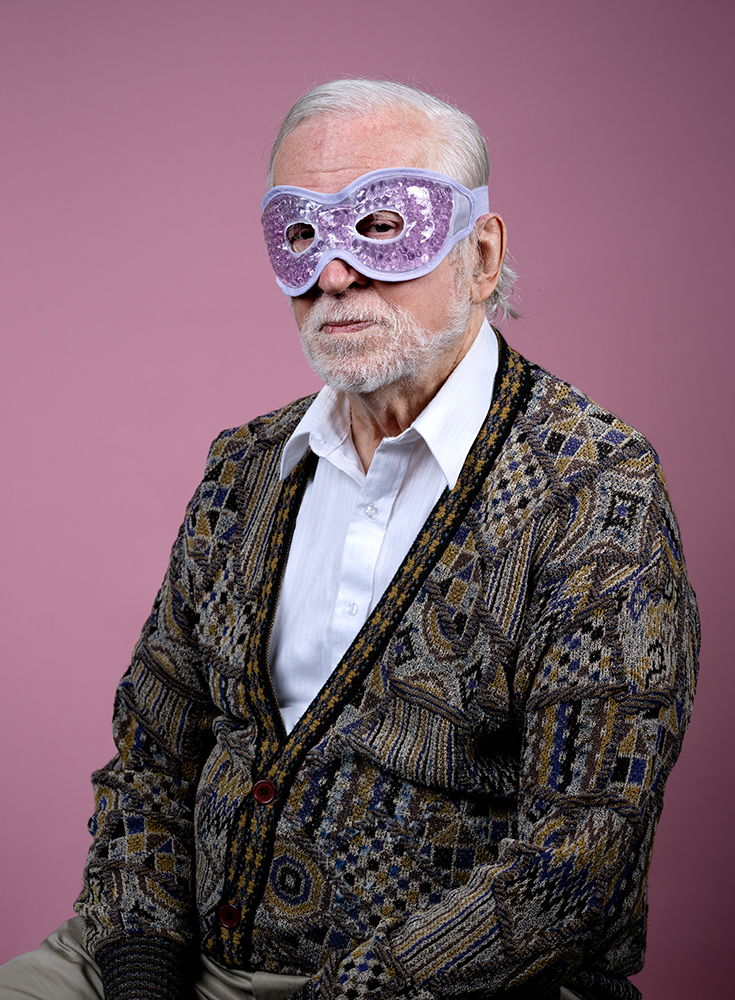 © Birthe Piontek, Mask, from the series Passages, in collaboration with Greg Helem, 2021

Kassandra Eller: Who are your biggest influences? Are there certain artists or photographers who inspire you?

Birthe Piontek: It is challenging to name any as the list is so long. Many artists inspire me for various reasons—some for the ideas, others for the technique or execution. I always enjoy looking at Louise Bourgeois’ and Eva Hesse’s work. Currently, I am more inspired by sculpture and installation artists than photographers. As a visual artist, I constantly look around and engage with the world visually. Inspiration can come in many forms– from observing something in the street, watching a movie, encountering a book, or having a conversation. I think of visual artists as “sponges” which soak in, consciously or not, all kinds of visual information that might end up being the seed for new work. Often, we create something and don’t even know where it’s coming from, but one can probably trace it back to a specific encounter that somehow inspired us. 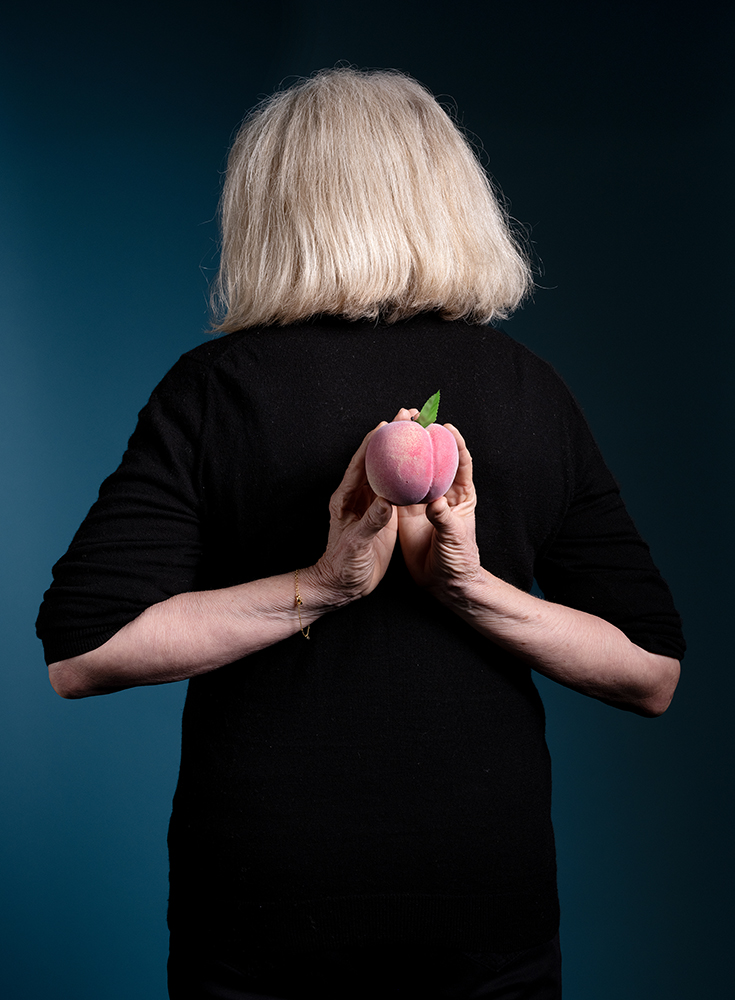 ​​© Birthe Piontek, Peach, from the series Passages, in collaboration with Verena Foxx, 2022

KE: How did you discover your love of photography?

BP: My grandfather was an ambitious hobby photographer and had his own darkroom. Early on, I learned that photography was more than just snapping images of holidays or birthdays. I took photography classes in high school and saw my first photo exhibition, Lee Miller, when I was 16. I think that’s when I decided that I wanted to become a photographer. 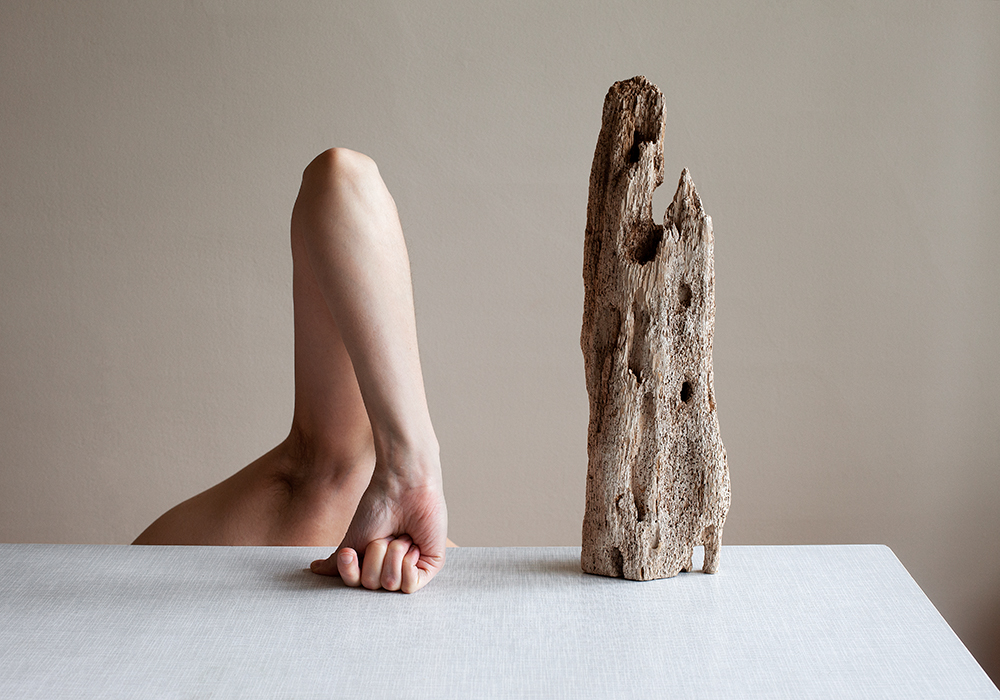 KE: What do you do when you encounter artist’s block?

BP: I work in a variety of different art forms and mediums. My first love certainly is photography, and even when working in other mediums, there is always a relationship to photography. However, working with collage, sculpture, installation, and drawing takes the “pressure” away from the photographic image. In many ways, I move in and out of photography while constantly learning a new skill or expanding my practice. I believe this expansion helps me avoid the artist’s block as there is always something new for me to discover, and I hardly ever feel bored or “blocked.” 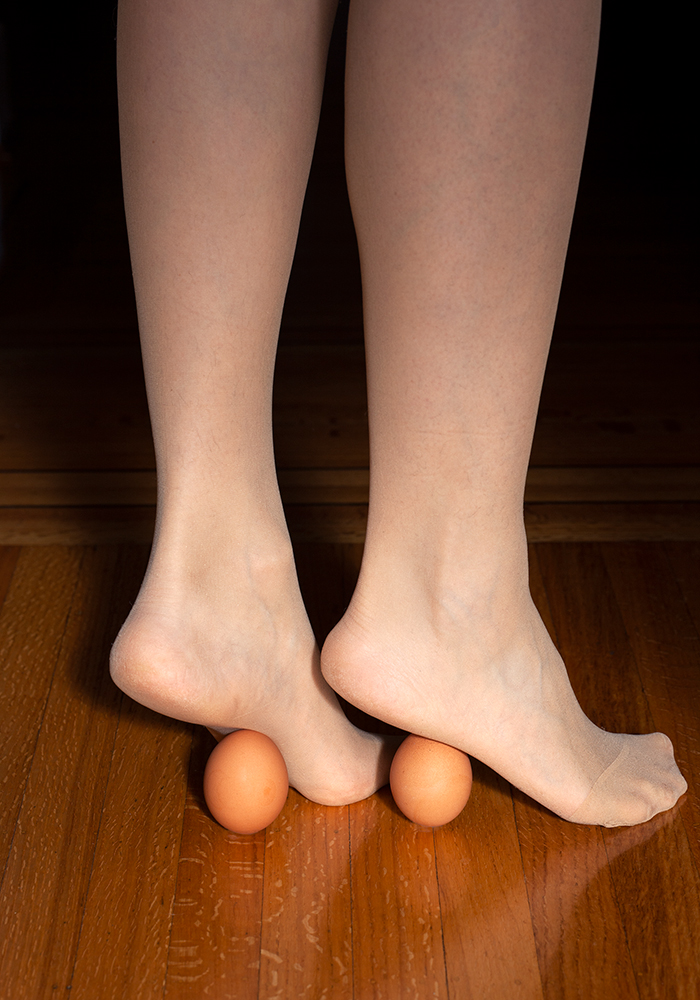 KE: How do you find the motivation to maintain long projects?

BP: I usually work on several projects at the same time. Some are shorter, while others take several years. For example, my project Abendlied was shot in Germany, and I only had the opportunity to work on it once or twice a year – every time I visited my family. I worked on other projects in Vancouver for the rest of the year. My projects are quite different; some involve working with found photographs; in others, I take the pictures myself, some include sculptures or installations, and others are “straightforward” prints. Because of the range, I hardly ever feel I’m repeating myself or am losing motivation. The projects inform and support each other, and because the focus isn’t only on one, there is less pressure on the individual project. 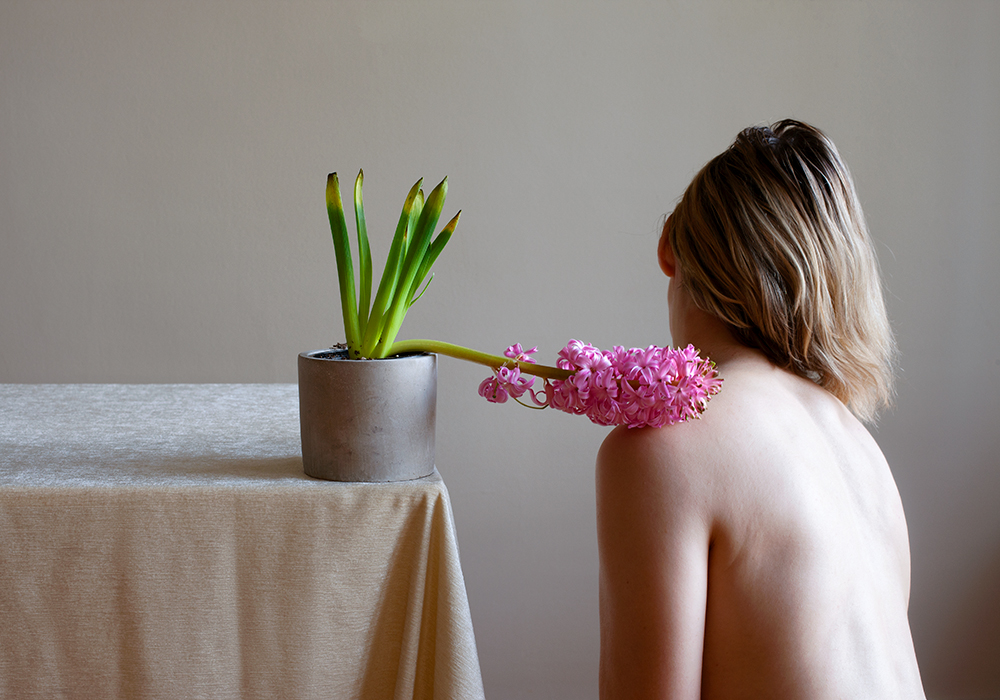 KE: What advice do you have for new photographers just breaking into the photo world?

BP: Being an artist/photographer can be lonely sometimes. It’s important to find a community and create a sense of belonging and support but also be also challenged by it. Sometimes these relationships form during college/university, but portfolio reviews are also an excellent opportunity to meet peers and foster connections. 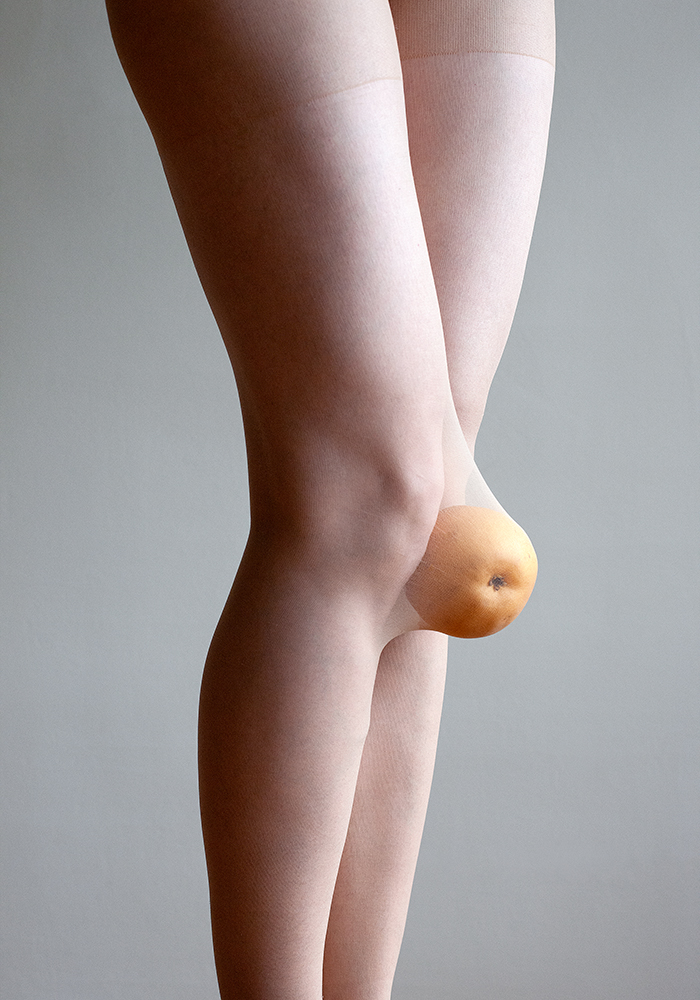 KE: In your images you use simplistic compositions and selective lighting quite often. How did you develop your photographic style?

BP: I believe an artistic style is developed over time, constantly adjusted, and never complete. At least that’s what I’m hoping for, as otherwise, I’d be afraid to repeat myself or get bored. One’s style is closely tied to our inspirations, and as these change over time, so does the style. I’ve always been drawn to Surrealism, to ideas around the “Uncanny,” and over time, this has influenced the way I see – even the way I see light; it has become second nature. I am very much interested in the poetic qualities of objects and the way they can act as a “stand-in” for our human experiences. Over time, these more simplistic compositions have emerged as they seem to evoke better the emotional quality I’m looking for in my work. 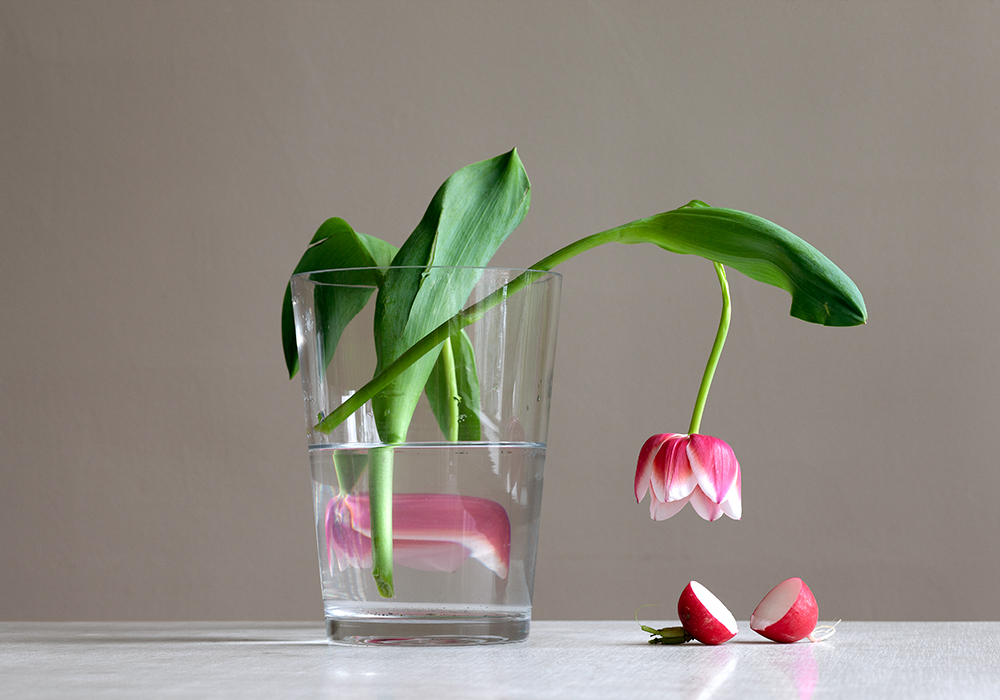 © Birthe Piontek, Radish and Tulip, from the series Janus, 2021

KE: In your project, Janus, you interact with objects in a unique way. How do you think of these compositions? What made you choose to explore this idea of kinship and adaptation in Janus?

BP: The topic of change has been at the core of my art practice, and Janus is another iteration of this ongoing exploration. The series investigates the relationship between transformation and organic matter and revolves around the idea that change is constantly happening around us. However, it usually happens unnoticed as we, like the two-faced Roman god Janus, are often so occupied with the past or the future and seem to be able to identify change only when seeing the difference between two things, or the “before” and “after.” The compositions started as play and discovery and became a way of being present. I intended to create a dialogue between the objects of organic matter that are so different and, in many ways, so alike. Showcasing the similarities and differences between these shapes and structures became the foundation for my compositions. 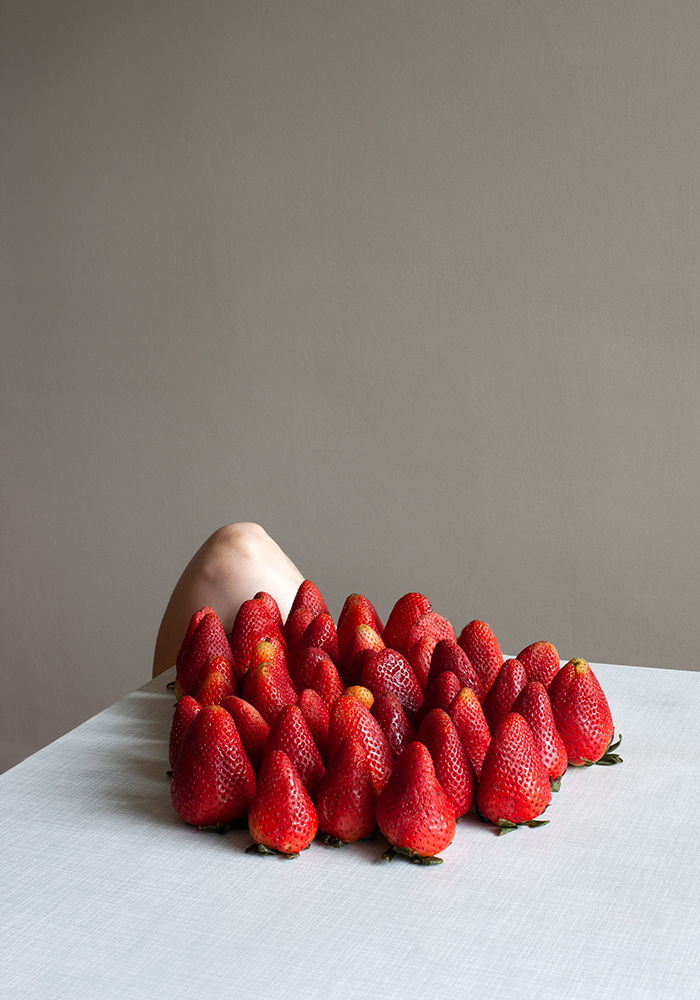 KE: In Janus, some of your work features a human body while others are images of natural objects. Why do you choose to feature the human body in some photographs but not in others?

BP: When working on a book, not everything needs to be expressed in each image. A dialogue between the images is created through the edit, and that edit consists of an ebb and flow. Some images echo others; others introduce a new idea or are meant to stand-alone.

To me, a project, especially if intended for a book, has similarities to composing a music piece. You don’t want to repeatedly play the same tune or melody, so you add different instruments; some passages are slower, others faster. Working on a more extensive photo project is very similar – each image creates a certain rhythm and becomes a unique puzzle piece that’s part of a bigger picture and is needed for the project to be complete. 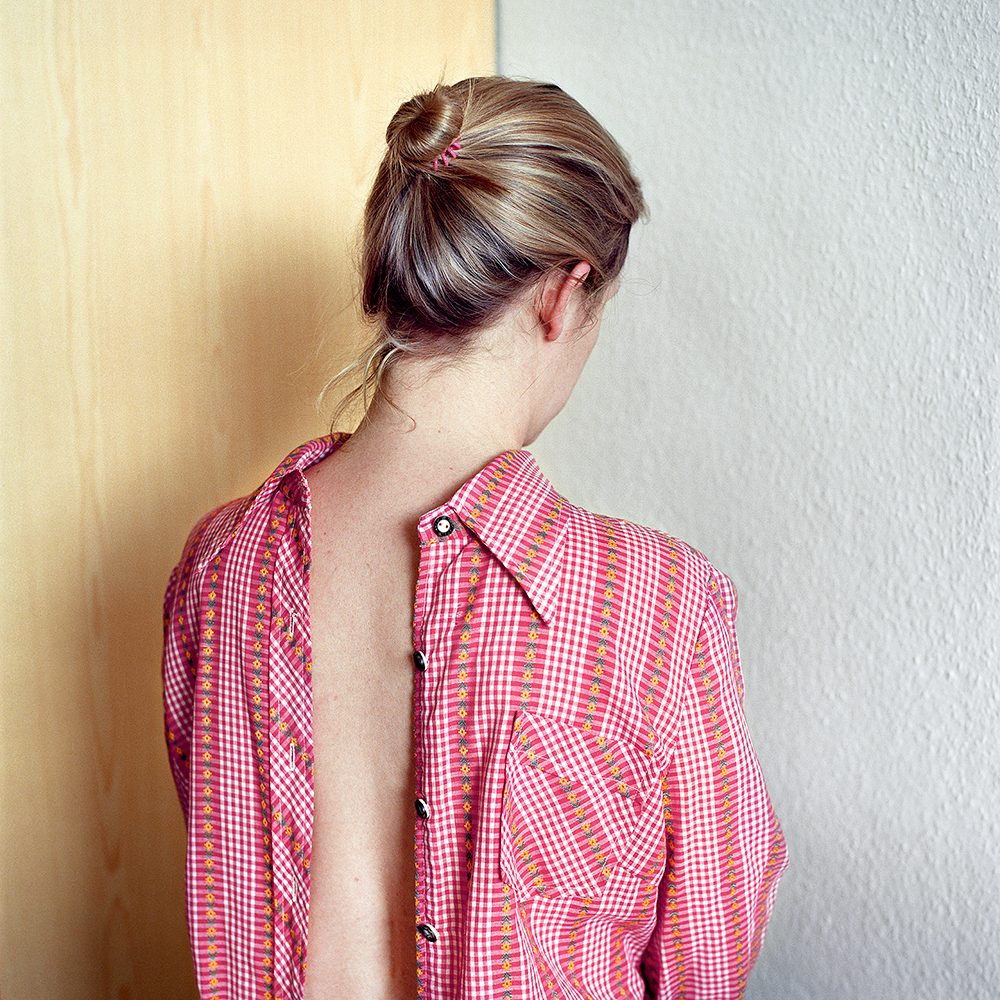 KE: How did you interact with your family members as you were photographing them for Abendlied? Did they embrace your idea for this project?

BP: This project would not have been possible without my family’s support, and, in many ways, the result is a collaboration between them and me. They have been used to being photographed and have been the subjects of my photographic practice since I started taking pictures, so posing in front of the camera was nothing new for them. When beginning with the project, it wasn’t clear to me what shape or direction the project would take, and my family thankfully trusted me in this journey and helped me express the complexity of our emotions and experiences in this time of transition and loss.

KE: How did you decide which images were important to use in your projects, especially in Abendlied where each image holds such importance to you personally?

BP: After each visit, I would add the new images to my edit, and since the project grew relatively slowly, I had a lot of time to sit with the pictures. This helped a lot in identifying gaps or redundancies. In the end, when making the final selection for the book, it helped tremendously to work with an editor/publisher as they have more distance to the project and can make needed adjustments that are not informed by personal attachment. 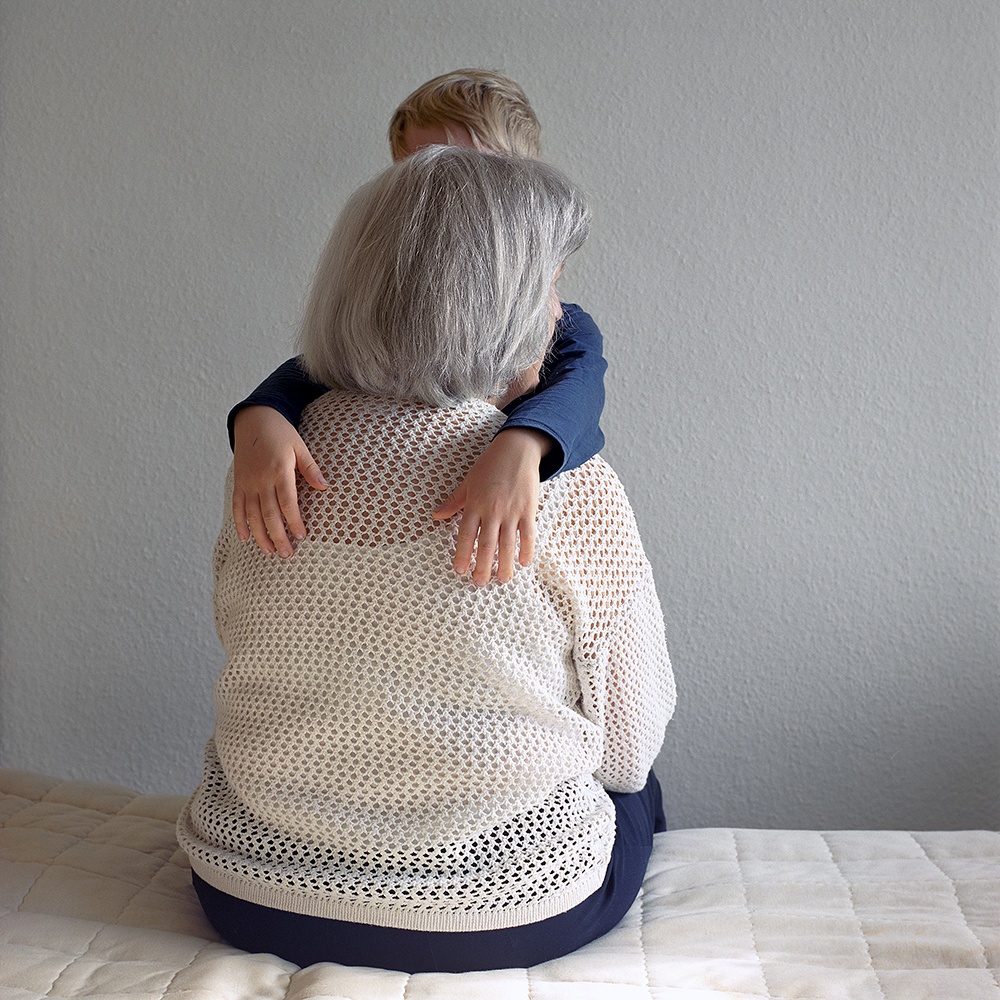 KE: What is next in your photographic practice?

BP: I’ve returned to working with found images, mostly advertisements and press pictures from the 1950s and 60s. Through digital collages and combining video and still images, I’m investigating photography’s role in creating the dominant image of whiteness, norms of gender roles, displays of masculinity and femininity, and stereotypes for beauty. 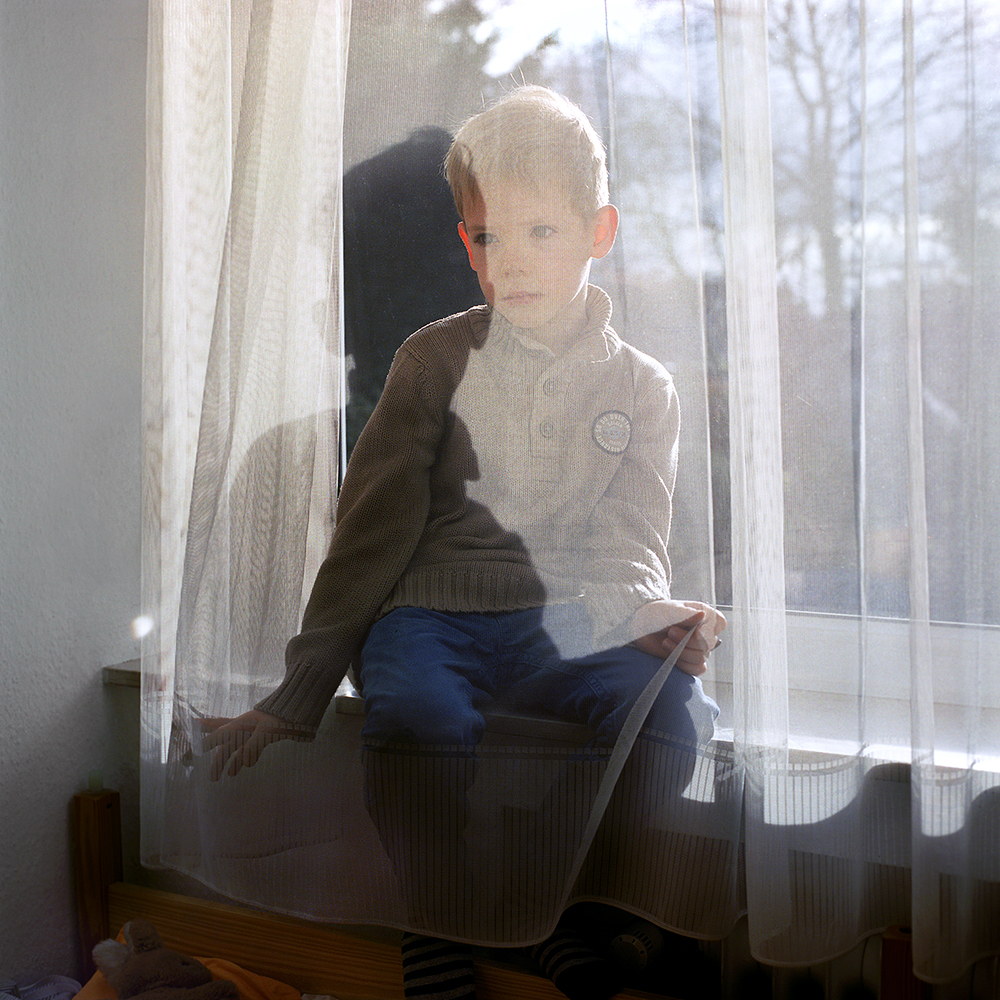 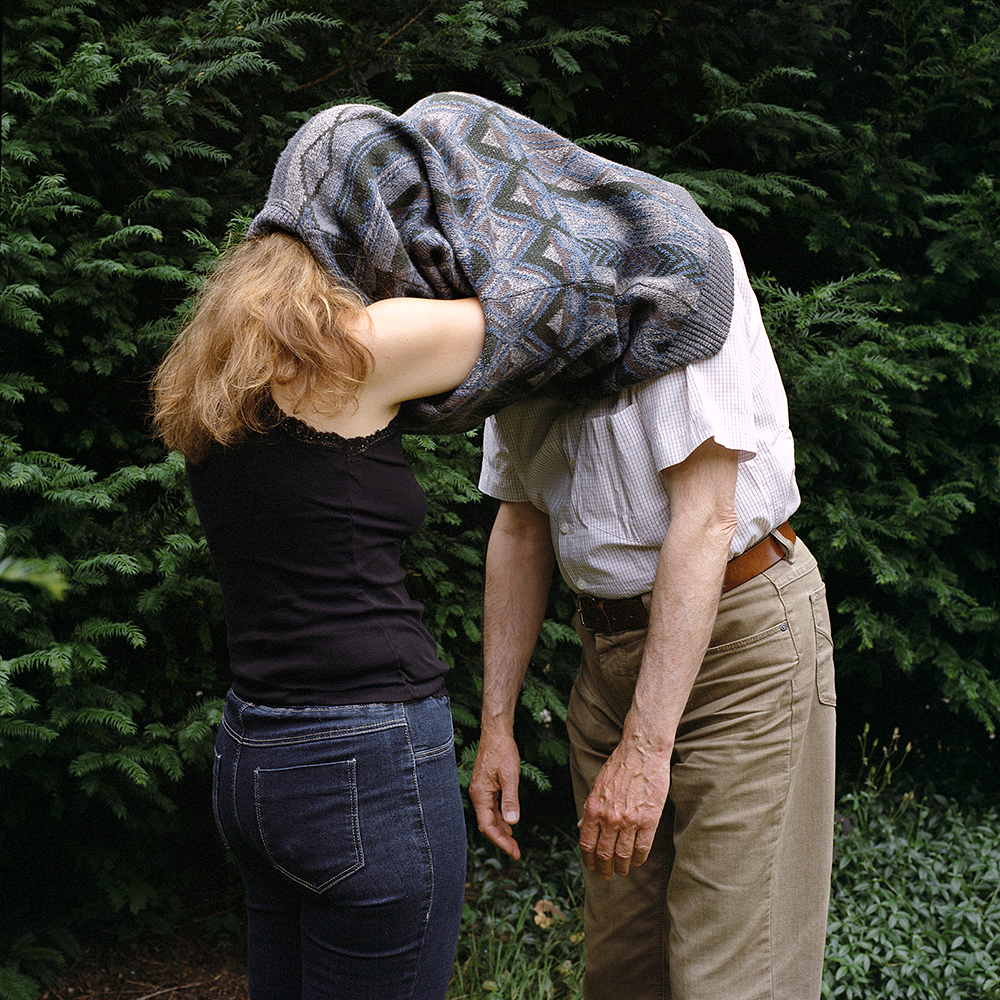 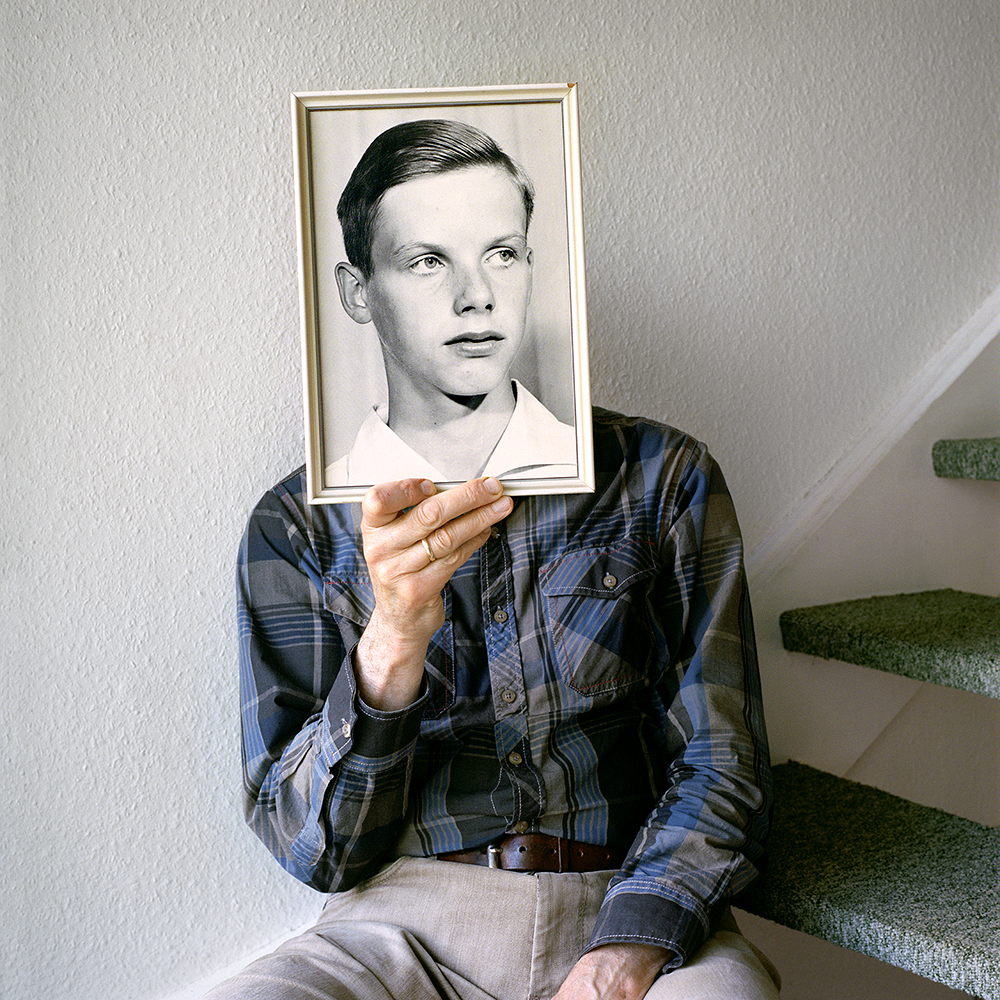 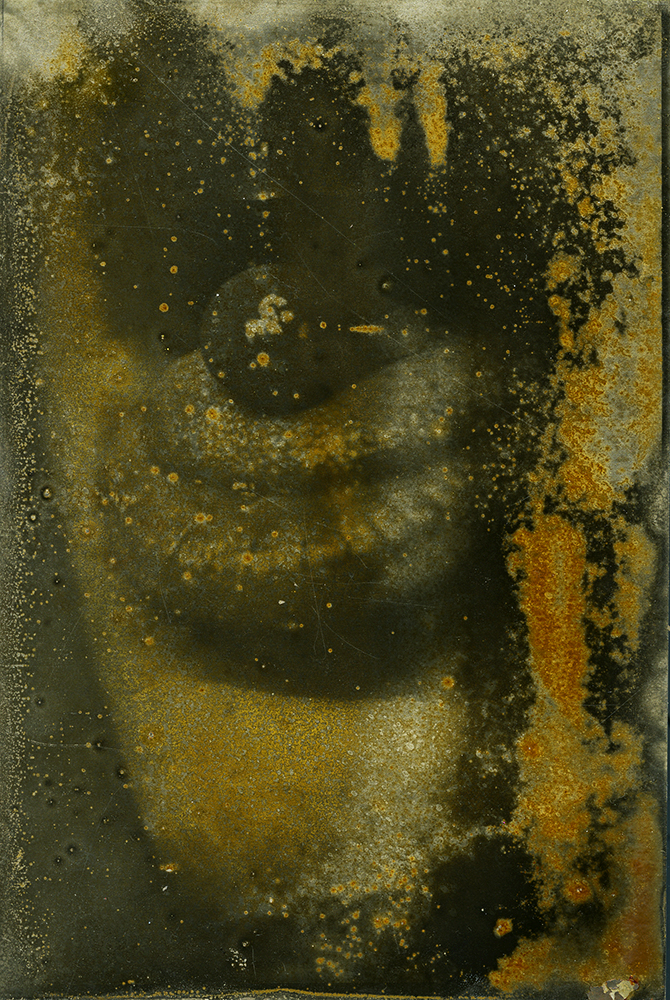 Kassandra Eller is a visual artist who experiments with how photographic processes intertwine with the ideas of how one views family, nature, and life itself. She strives to reveal the intricacies of how each being reacts to strife and trauma in her works.

Eller earned her BFA in Studio Art from Central Washington University in March 2022. As an undergraduate, she held the position of Director of Photography for PULSE Magazine, based in Ellensburg, Washington, and concluded an internship with Magnum Photos in New York. She is currently an intern at Lenscratch, working under Aline Smithson. 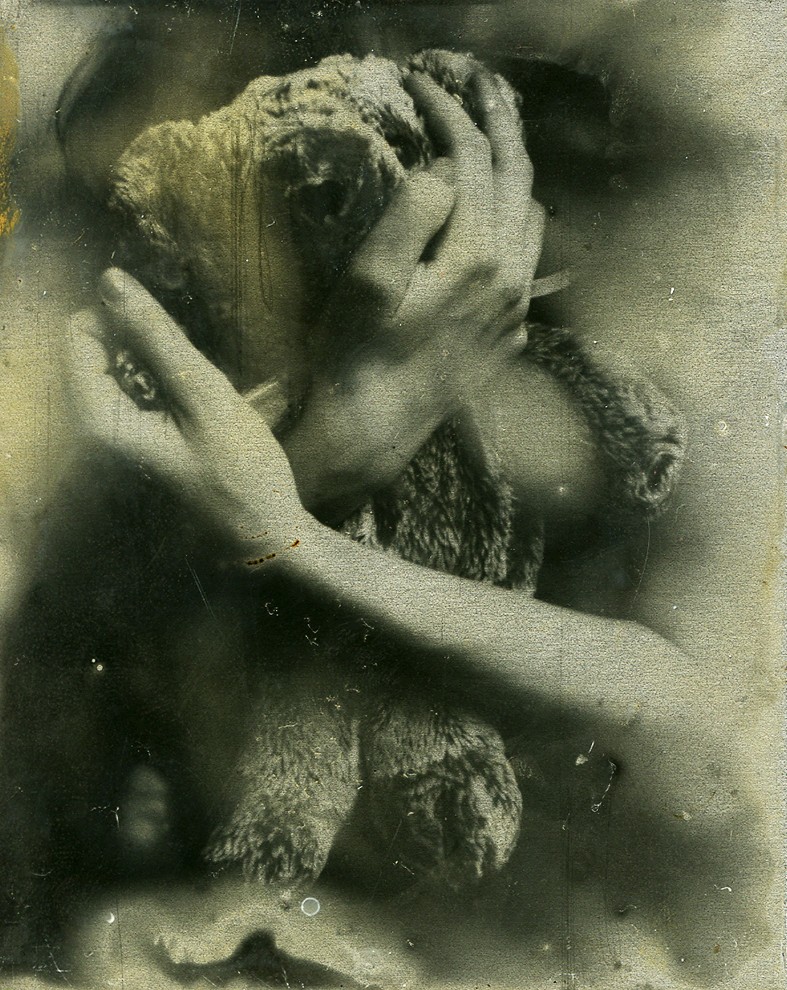 © Kassandra Eller, Comforts of Teddy, from the series Innocence Lost, 2021 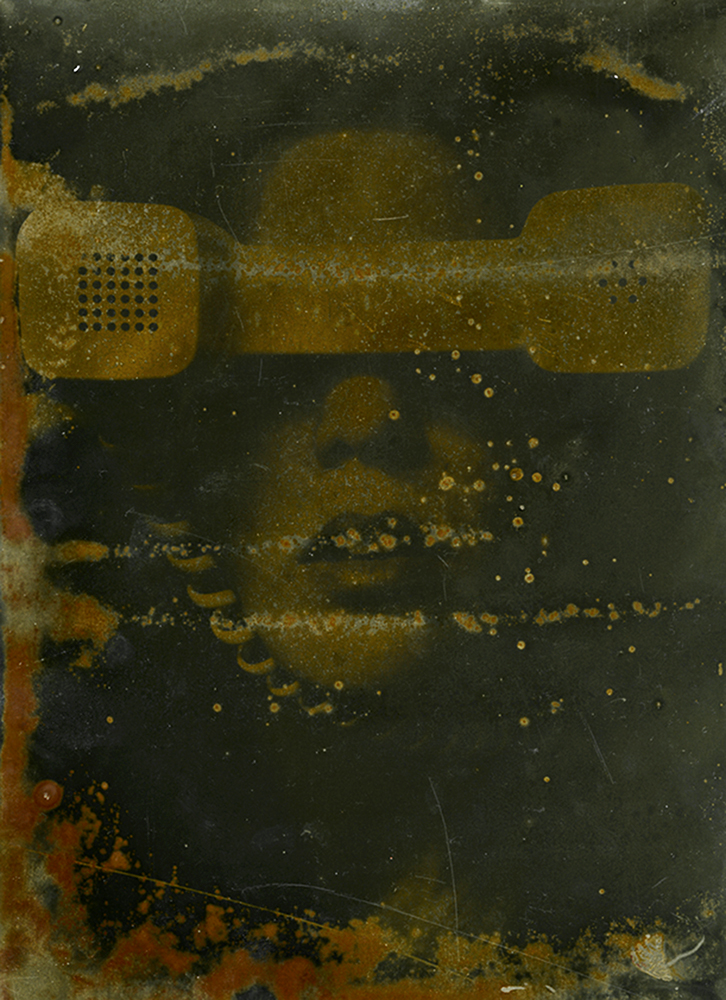