Scott B. Davis is a big league photographer. Besides his impressive imagery, the dedication to his craft is mind blowing. Using a 16×20 camera (process described below), Scott captures the environnmental beauty of Los Angeles by removing all the daytime distractions and finding visual simplicity in a city that is still very connected to the natural world.

“Broken down to its essence, a piece of art is made up of three elements: concept, composition and craftmanship. Craftsmanship is a vital part of my final product and one that is not easily conveyed on the web. Simply stated, I make in-camera 16″ X 20″ negatives. This is my chosen means of producing 16″ X 20″ platinum prints. This century-old process is less light sensitive than the more ubiquitous silver print, and therefore requires a contact print (i.e. a print the same size as the negative), rather than one that’s been enlarged. For me, a contact print in platinum produces an object of richness and clarity that is simply not found in other photographic media.

During art school, a professor said to me “I’d like to see the images bigger.” I wasn’t about to give up contact printing, and was not interested in giving up platinum, so I considered the possibilities. Digitally-enlarged negatives were an idea, but they required more time in front of the computer and less in the field. After abandoning the darkroom for platinum I was not interested in returning to generate enlarged negatives. I soon began a three year process of building a 16″ X 20″ camera. I finished the camera in 2002, and have found the experience of using it enriching.

With digital technology the means for enlarging negatives is readily available, extremely accurate, and now, widely used. While I am cognizant of and fluid in the digital realm, my means of printmaking are as simple as ever. I use a 16″ X 20″ camera to produce large negatives. I avoid excess time in front of a computer and added time in the darkroom. I wouldn’t trade it for anything.”

The two series featured are Land of Sunshine and Nocturnes.

“My attraction to uncharted spaces led me to begin photographing at night. NOCTURNES and LAND OF SUNSHINE each investigate the experience of landscape after dark. I am most interested in conveying the idea of darkness and the feeling of looking into the night, more so than exploiting the camera’s ability to illuminate an invisible world. Night transforms a landscape from something recognizable and known into something felt and seen. It is among the best times to practice the power of looking.”

Images from Land of Sunshine 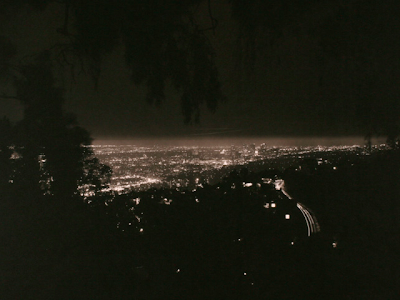 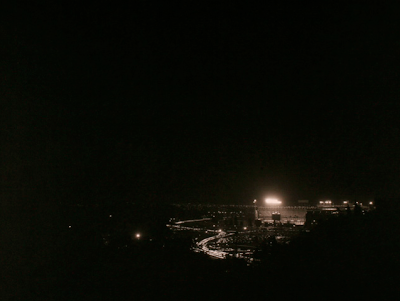 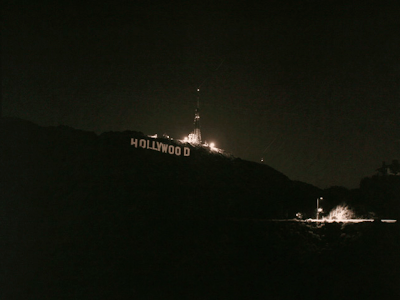 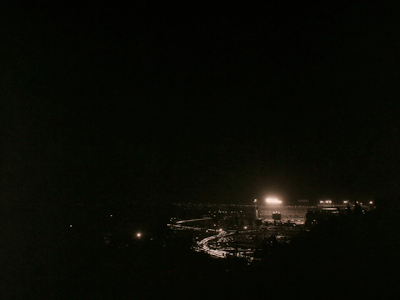 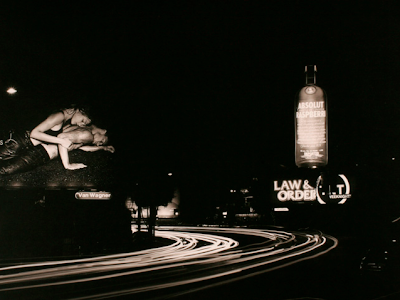 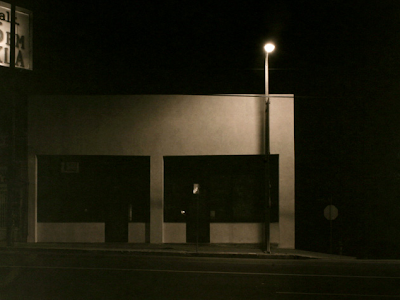 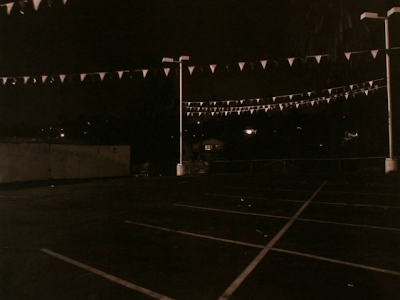 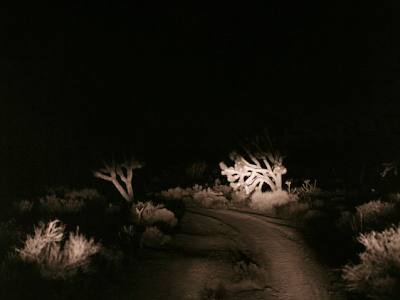 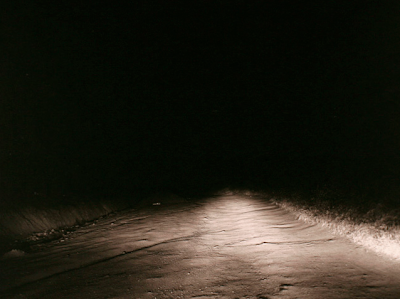 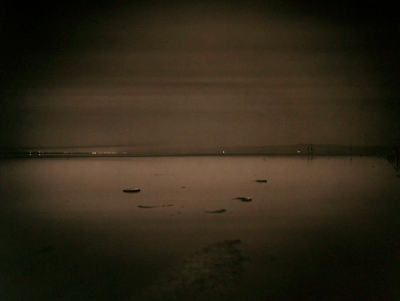 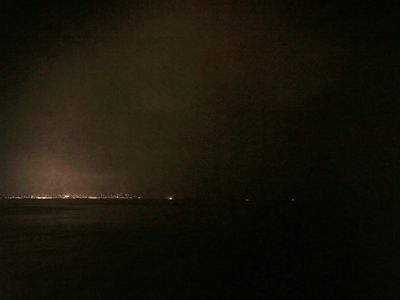 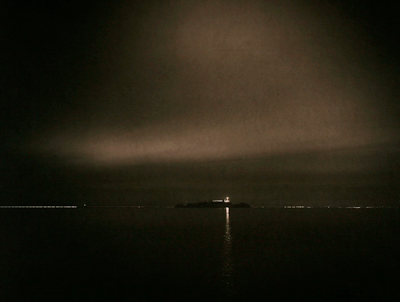 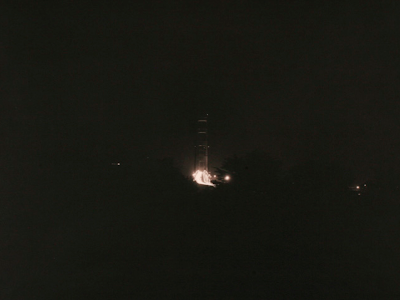 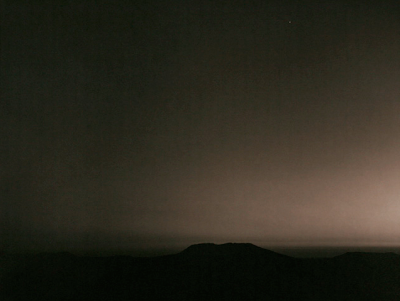