I’m still on the fence about Twitter, but I recently received a Tweet from the esteemed Jim Casper of Lens Culture Magazine. It was about an outdoor exhibition in Paris, called Women Are Heroes and it turns out that this phenomenon is not just taking place in Paris, but in Cambodia, India, Africa, and Brazil. It is the brainchild of JR, a self taught, guerrilla photographer in Paris. His achievements certainly make one realize that no dream is too big to achieve.

JR owns the biggest art gallery in the world. He exhibits freely in the streets of the world, catching the attention of people who are not the museum visitors. His work mixes Art and Act, talks about commitment, freedom, identity and limit.

After he found a camera in the Paris subway, he did a tour of European Street Art, tracking the people who communicate messages via the walls. Then, he started to work on the vertical limits, watching the people and the passage of life from the forbidden undergrounds and roofs of the capital.

In 2006, he achieved Portrait of a generation, portraits of the suburban “thugs” that he posted, in huge formats, in the bourgeois districts of Paris. This illegal project became “official” when the Paris City Hall wrapped its building with JR’s photos.

In 2007, with Marco, he did Face 2 Face, the biggest illegal photo exhibition ever. JR posted huge portraits of Israelis and Palestinians face to face in eight Palestinian and Israeli cities, and on the both sides of the Security fence / Separation wall. The experts said it would be impossible. Still, he did it.

In 2008, he embarked for a long international trip for “Women”, a project in which he underlines the dignity of women who are often the targets of conflicts. Of course, it didn’t change the world, but sometimes a single laugher in an unexpected place makes you dream that it could.

Always faithful to his 28mm lens, which gets close to the model in a way that makes it as expressive as possible, JR takes his photographs in post-conflict and difficult regions. These are portraits of African, Brazilian, Indian and Cambodian women, whose stories he wishes to share with us, telling us of their will to live… Huge portraits of them blossom in their native countries, from the roofs of shanty-towns to the walls of favelas, paying resounding tribute to the central role and dignity of these women.
Exhibiting these pictures in major western cities – Brussels in March 2008, then London and Paris in 2009 – is intended to foster a link, through art, between two worlds too far apart. 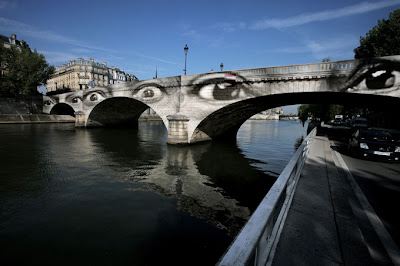 Cambodia
In Cambodia, JR met women who had for three years been threatened with expulsion by a local property company in the quarter of central Day Krohom, in Phnom Penh. The country was experiencing a boom in property prices and land was being cornered by the government and property developers, in order to rebuild with new housing. Since then, the women photographed have been thrown out. 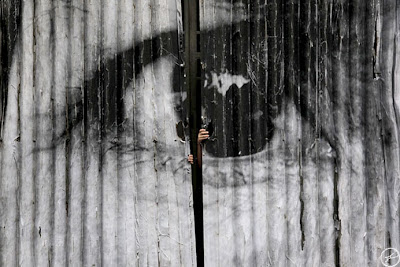 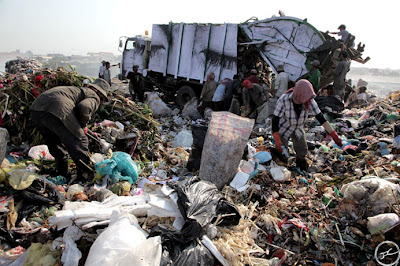 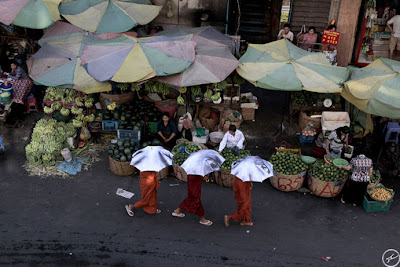 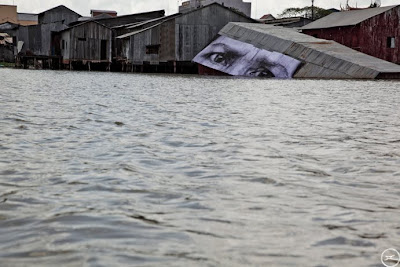 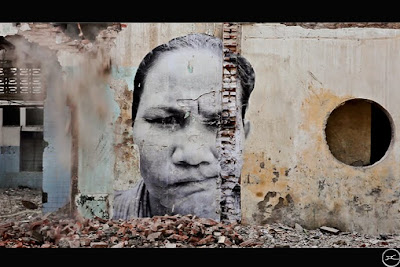 India
In New Delhi, JR met women with very different backgrounds and lifestyles, from a variety of social classes and religions. His aim was not to limit himself to commenting on caste, but rather to meet women with the will and strength to bounce back after experiencing great traumas. In their own way they are heroines, with their will to initiate and benefit from development in their own countries, and their incredible capacity to enhance their status today. 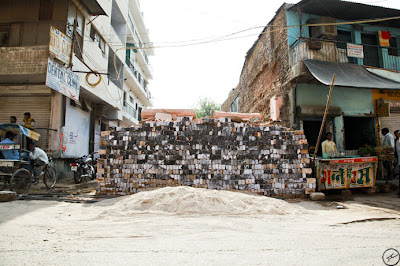 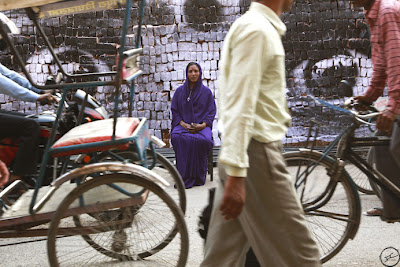 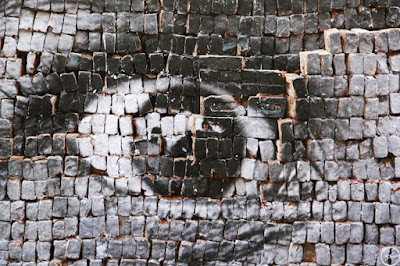 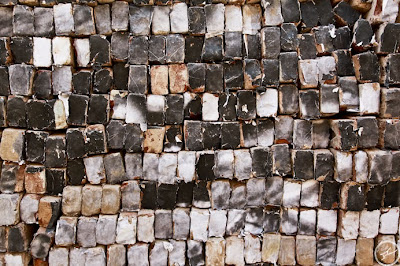 Africa
In Kenya, Sudan, Sierra-Leone and Liberia, the violence suffered by women during armed conflicts in Africa is the most extreme expression of the discrimination of which they are victims in peacetime. In going to meet them, JR bears witness to their strength, their courage and their struggle: to resist in order to exist later.
At the beginning of 2009, in Kenya, JR used the rooftops of Africa’s largest shanty-town, in Kibera (Nairobi), to mount an unofficial exhibition. It was in this shanty-town that conflict began in February 2008, after the presidential elections. 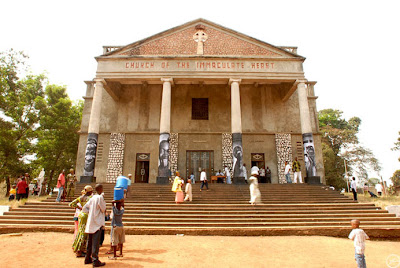 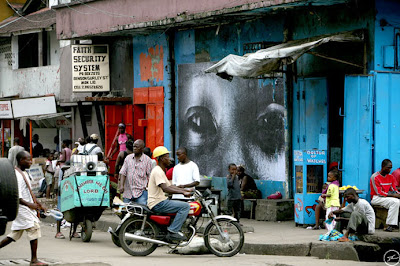 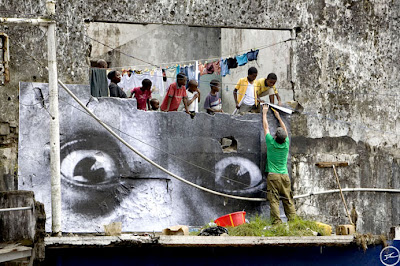 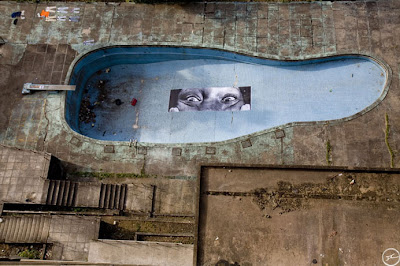 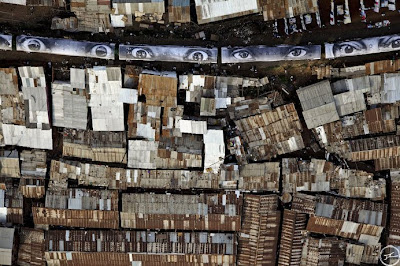 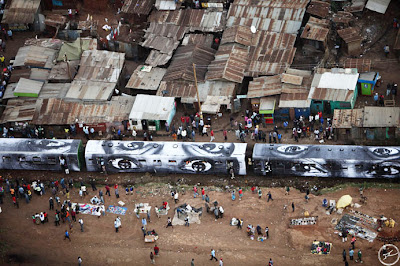 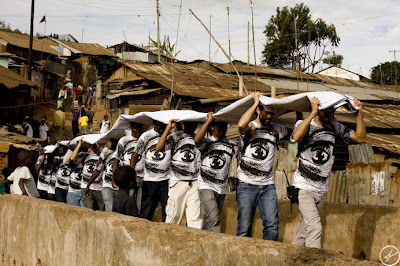 Brazil
In Brazil, the peculiar conditions of the favelas (shanty-towns) of Rio de Janeiro encouraged encounters with women for whom crime, violent death of someone close or of a son, and gratuitous repression form part of everyday life.
In August 2008, JR pasted giant-format portraits of women living the Morro da Providência favela on some 40 houses: for the first time, Morro was spoken of because of art, instead of its reputation as the most dangerous favela of Rio. 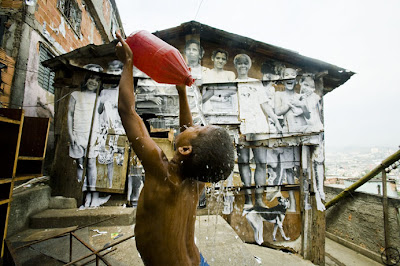 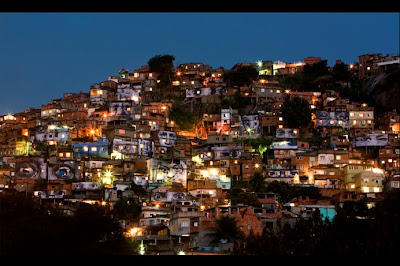 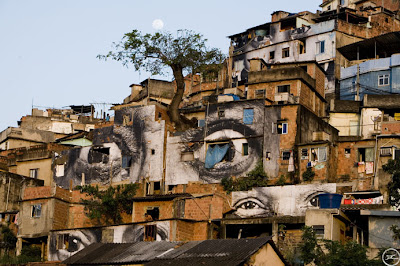 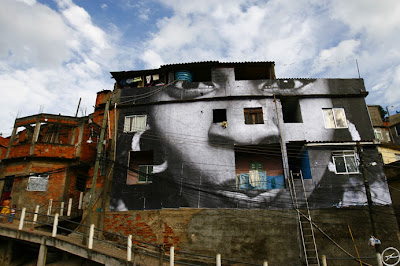