Jane Fulton Alt is someone who is a proactive and concerned photographer. She is thoughtful, aware, and willing to take action. Her work reflects a broad curiosity, and a talent for making things happen. Her newest work, Crude Awakening, brings the BP Gulf disaster closer to home and makes us realize that the time to make environmental changes is now.

Living on the shores of Lake Michigan, I am acutely aware of the disastrous toll the oil spill in the Gulf of Mexico has taken on all forms of life, especially as our beaches opened to the 2010 swimming season. This environmental, social and economic catastrophe highlights a much larger problem that has inflicted untold suffering as we exploit the earth’s resources worldwide. 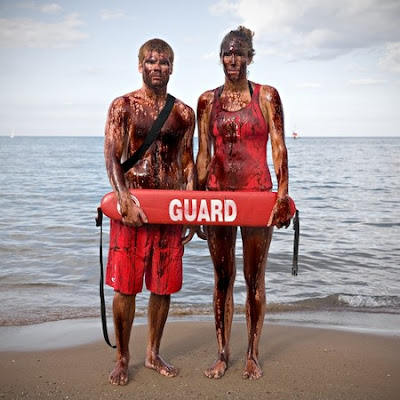 The work is conceptual in nature as I live on the shores of Lake Michigan and the images were all taken here. Its conception took form the day before the much anticipated beaches opened for the 2010 swimming season. It was impossible to ignore what was happening to the shore lines in the Gulf of Mexico as our beaches opened to pristine conditions. 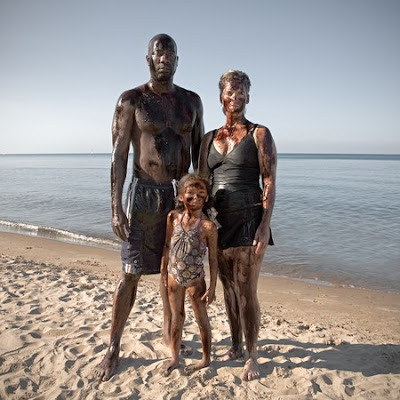 I initially thought no one would voluntarily want oil poured on them so tried to simulate it in photoshop. It was a disaster and I figured my project was dead. 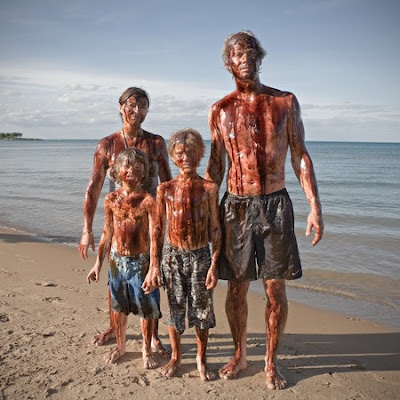 Then I went to a BP protest in Chicago on June 11th and asked someone there if they would consider modeling with oil . I was shocked when the answer was yes. We quickly came up with other substances that might substitute for the oil. As I asked around, many people said they would be happy to help out. When on location and photographing, many people asked to be included in the project. The concern for our environment and saftey is widely shared. 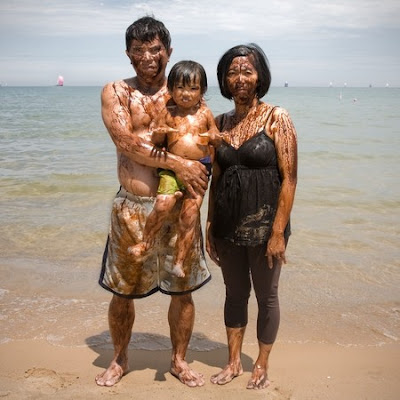 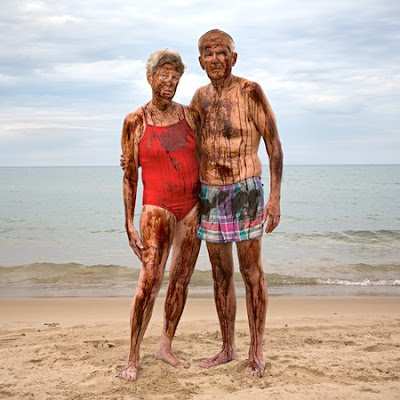 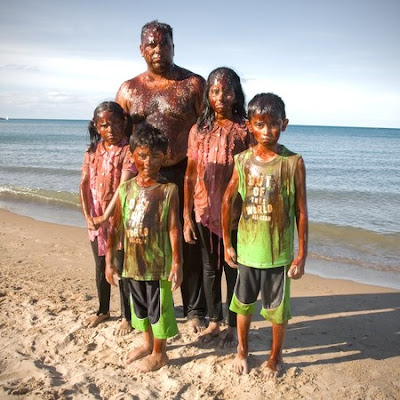 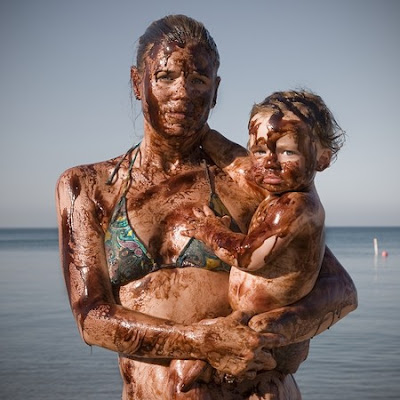 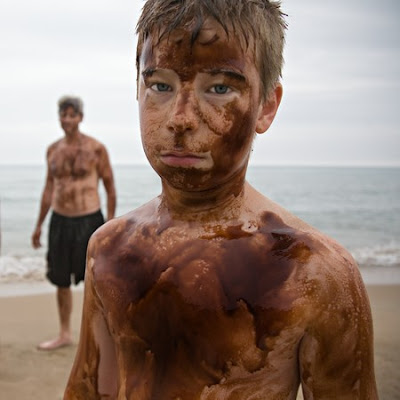 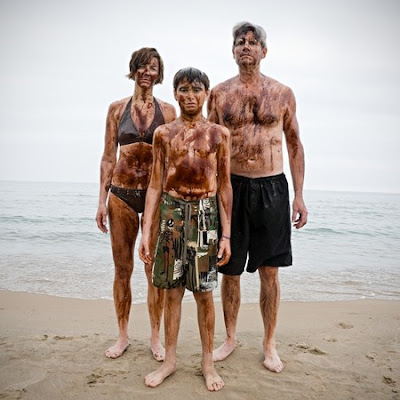 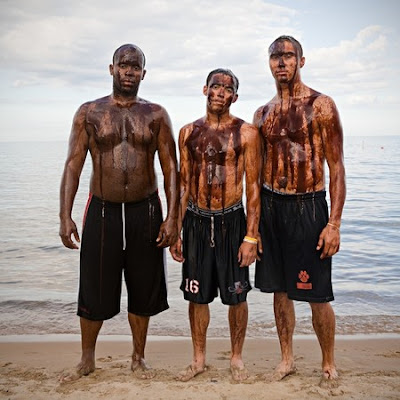 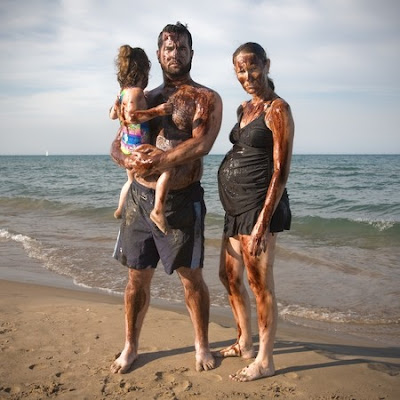 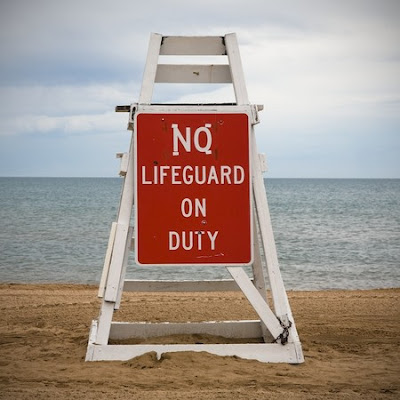 I just received a letter from a writer friend who is in Europe for the year, John Bell.
He writes:

As we travel around Europe, mostly by train, we see hundreds of windmills. Denmark has installed them in the sea. The Netherlands and other coastal countries) are developing energy sources from waves and tides. Germany has developed a major industry in solar cells for home and business. I’m a bit more ambivalent about so much nuclear power, but here it doesn’t seem to be built by whoever submitted the lowest bid. Berlin has few traffic problems because so many people bike and take public transportation. Besides, it seems that every other car is a SmartCar. In Amsterdam almost everyone bikes, and the tram system is wonderful. Madrid has the cleanest and most efficient Metro I’ve seen, and it only cost riders 1 Euro per trip.

I guess what I’m sharing is that Europe seems to have awakened far ahead of us.