I recently met Stephanie Dean at the Portfolio Walk for the Filter Photo Festival in Chicago. Her project, Modern Groceries, visually jumped off the portfolio table because of it’s detail, color, and composition. The prints, in person, were quite remarkable.

Stephanie’s site is full of interesting work, which include a series of Sleeping Men and many portraits. In addition Stephanie is a wonderful writer and has recently had an article, “Smile!”: A Polemic on Fine Art Portraiture published in F-Stop Magazine. Stephanie attended the California College of the Arts receiving a BFA in photography, and earned her MFA in Photography from Columbia College. After graduating, she taught at Columbia Collge and Oakton Community College, and from 2006-2008 was the Gallery Director a Columbia College Chicago. In 2009, she earned a certificate in Museum Studies from Northwestern University and began teaching History of Photography at Oakton Community College in the fall 2009. Stephanie is a proud founding Board Member of Paragon Art Collection.

Modern Groceries is a series of still life photographs focusing on the way our purchased food is packaged and consumed. By setting common foods in their packaging and labeling direct from the grocery store into traditional nature mort compositions, our most common and necessary items of life – food – are jolted into historical focus. The viewers’ various degrees of knowledge of Dutch still life paintings will be the measure by which the photographs will either found or further the perceived rift between ourselves and nature, and ourselves and our food sources. 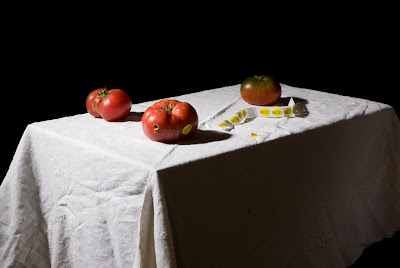 These photographs are not merely a critique of our habits; they are also a celebration and exaltation of these common objects. Our excessive packaging and labeling of each fruit and vegetable with name and number will hopefully soon be a habit of the past, and these pieces will then serve as historic documents as the pieces of 17th century Dutch still life genre paintings do today. 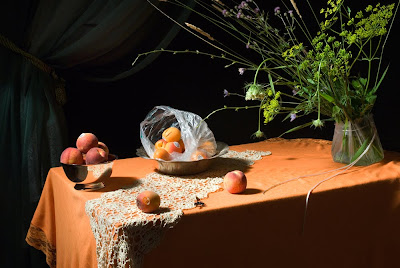 In literature concerning Dutch still life and vanitas paintings it has been noted that the affluence of Holland as a nation is partially responsible for the abundance of these paintings and to some extent the items represented within them. In many cases, the price a buyer would have paid for a painting would be considerably less than that he would have had to pay for all the items within the paintings, which often included expensive and exotic items and foods.

Blues and other Analogies 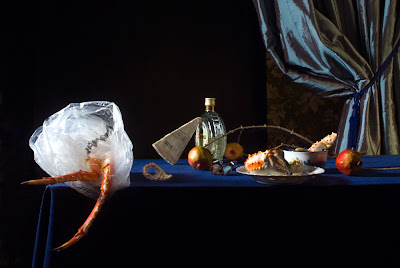 This phenomenon is no longer true; in fact, it is inverted. The items within the photographs of Modern Groceries are far less expensive and easier to purchase than the final work of art itself. When summed up, the cost of the collection of curtains, silks, tablecloths, antique and contemporary plates, and common groceries utilized in each photograph do not even approximate the final cost of an unframed print. 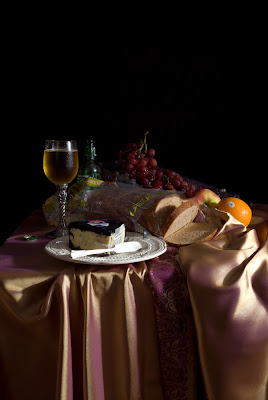 The inclusion of insects in the still lifes of Modern Groceries holds less of the function it did in the 17th century — to remind the viewer of the transience of life and the beauty of nature — here they remind us that insects are an integral part of our ecosystem. The insects also remind viewers of the large amount of pesticides used in the cultivation of our food. The bee is an especially powerful symbol as it pollinates nearly every food we rely on. The bee is facing rapid population decline worldwide, and some experts blame pesticides and the overall stress of our agricultural habits on bee colonies. When considering these factors, we gain a deeper appreciation for the ease of acquiring and the overall abundance of our food. 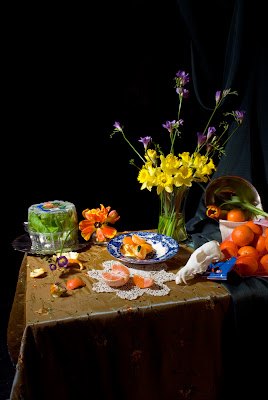 As with any work of art, the viewer brings their own index of symbols to bear on the photographs. Since the items are largely foodstuffs and therefore common to most viewers, the photographs rely on a visual vocabulary that is not only deeply meaningful (food is inherently associated with survival) but also overwhelmingly accessible. 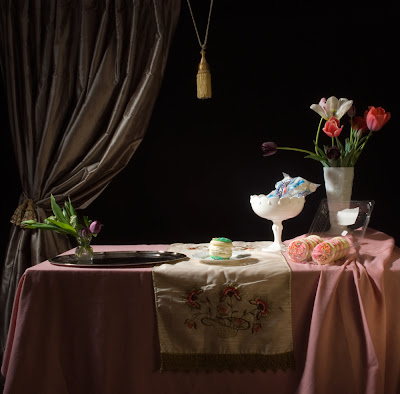 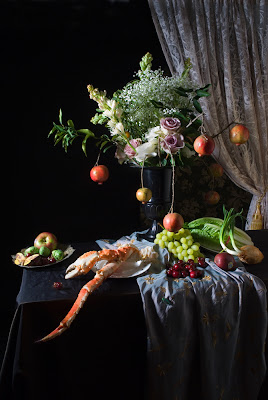 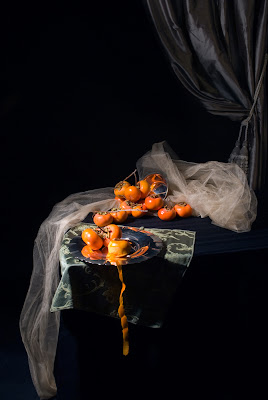 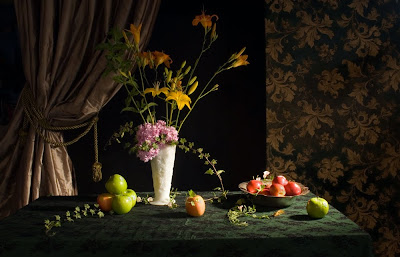 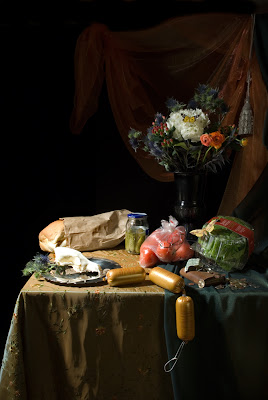 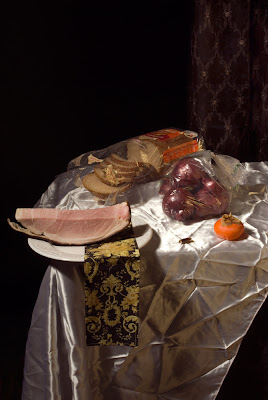 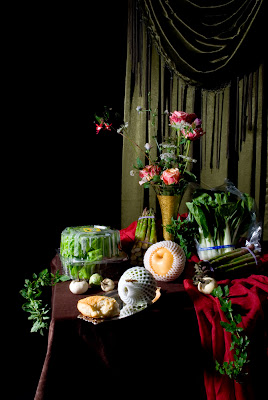 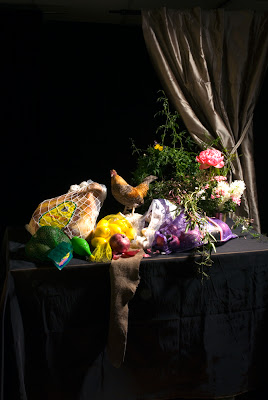 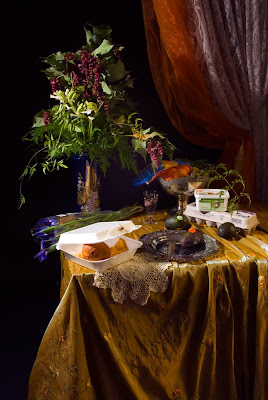 NEXT | Critical Mass: Daniel Beltra >
< Ann Mitchell: The Medium is the Message | PREV