The subject of luck and money is always an intriguing one.  The mix of judgement, fascination, and a sliver of hope are a combination worth exploring. Boston photographer, Edie Bresler is doing just that with the lottery culture and her series (in progress), Lottery Economies.

Edie received a BFA in Photography from the School of Visual Arts and an MFA from the Art Institute of Boston. She was recently awarded an artist in residency at The Boston Center for the Arts beginning Spring 2013. Her solo exhibits include The Griffin Museum of Photography, the Visual Studies Workshop, and CEPA. She has been included in numerous group exhibitions in the United States, Canada and the Middle East and her photographs are featured in public collections such as the Houston Museum of Fine Art, The Whitehead Institute, and Fidelity Bank. Edie also writes for Photograph magazine, covering exhibitions and photo-related happenings in the greater Boston area. Edie is on the faculty of Simmons College in Boston, where she teaches photography and digital imaging. 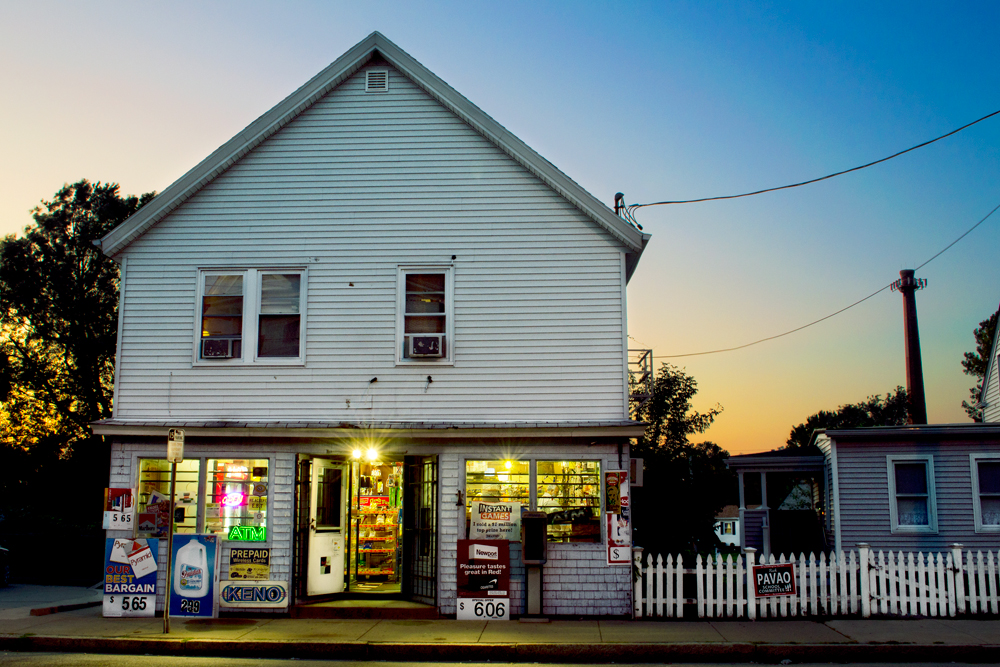 Azores Discount Tobacco located in a one-family house in Fall River, MA. They sold a winning $1,000,000 scratch ticket in 2011 and the owner received a $10,000 bonus commission.

I focus on archetypal lottery stories not part of the usual hyperbole. A lot of these stories happen in small family-run convenience stores and marketplaces where lottery tickets are sold, and where the big money sometimes trickles down. Owners are a diverse cross-section of the community. Some are recent immigrants but others have operated their small store for decades. 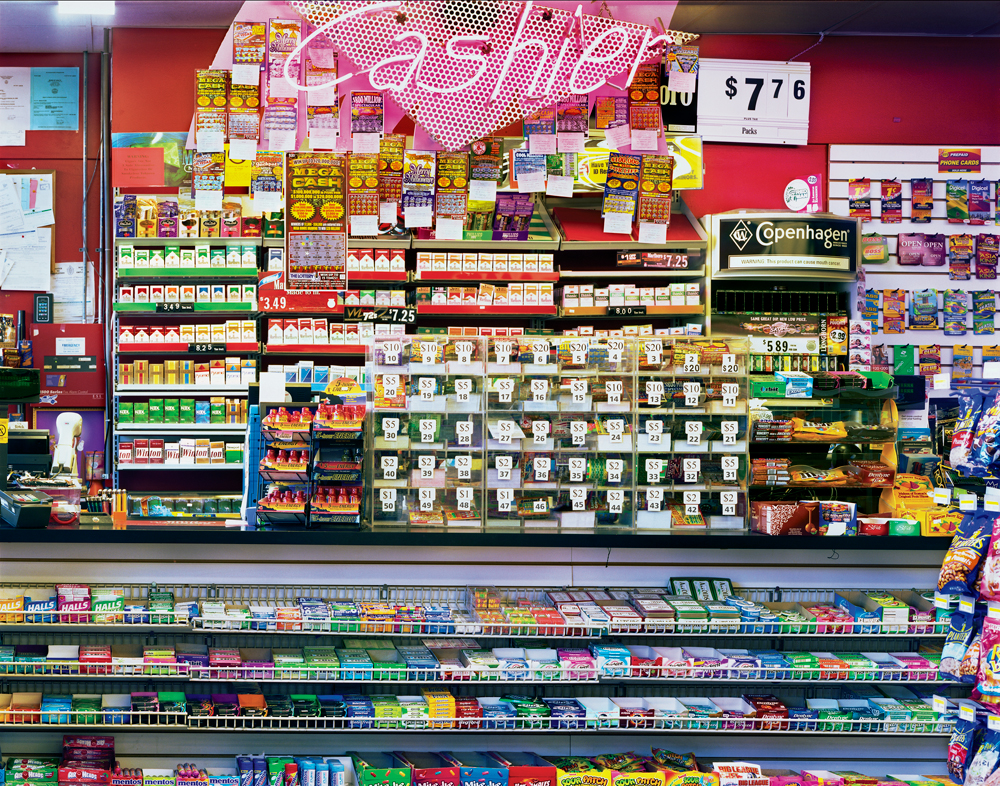 Fast Freddie’s located in Wakefield, MA sold the first winning $10,000,000 scratch ticket, which in 2009 was the largest payout for a scratch ticket in the nation. The store received a $50,000 bonus commission.

The lottery is an endemic part of their business or as one vendor put it, “a store without lottery is like a bar without alcohol.” After selling a winning ticket, stores become known as lucky and the resulting happiness contagion creates brisk sales we all benefit from whether you play the lottery or not. Owners receive a 1% bonus commission but each state has its own designated maximum payout. I photograph winning stores during the fleeting moments of twilight to evoke the tenuous seduction of hope and desire that accompanies the purchase of every ticket. 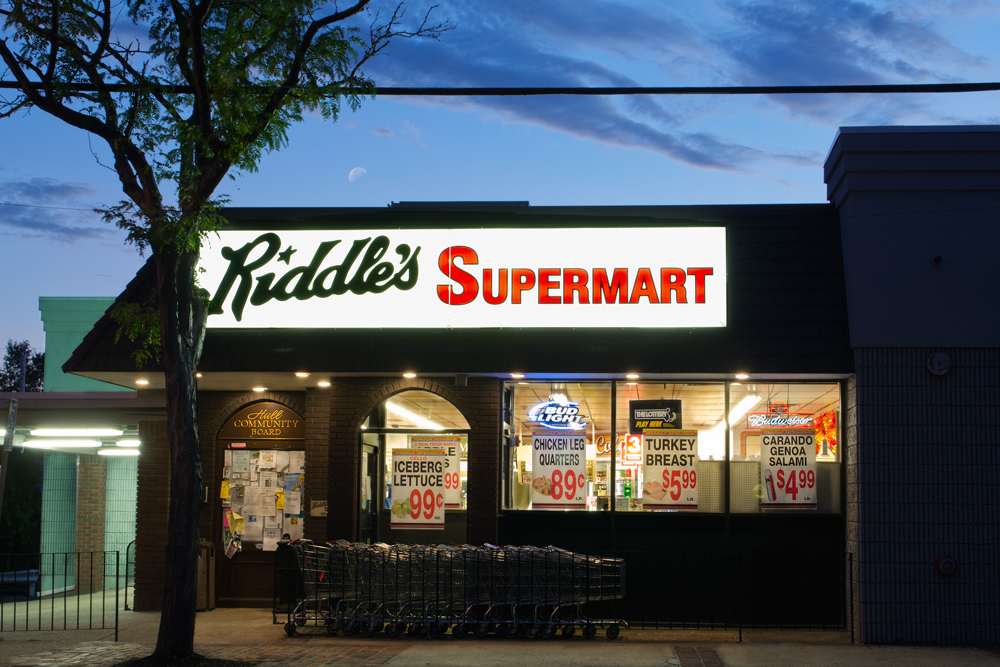 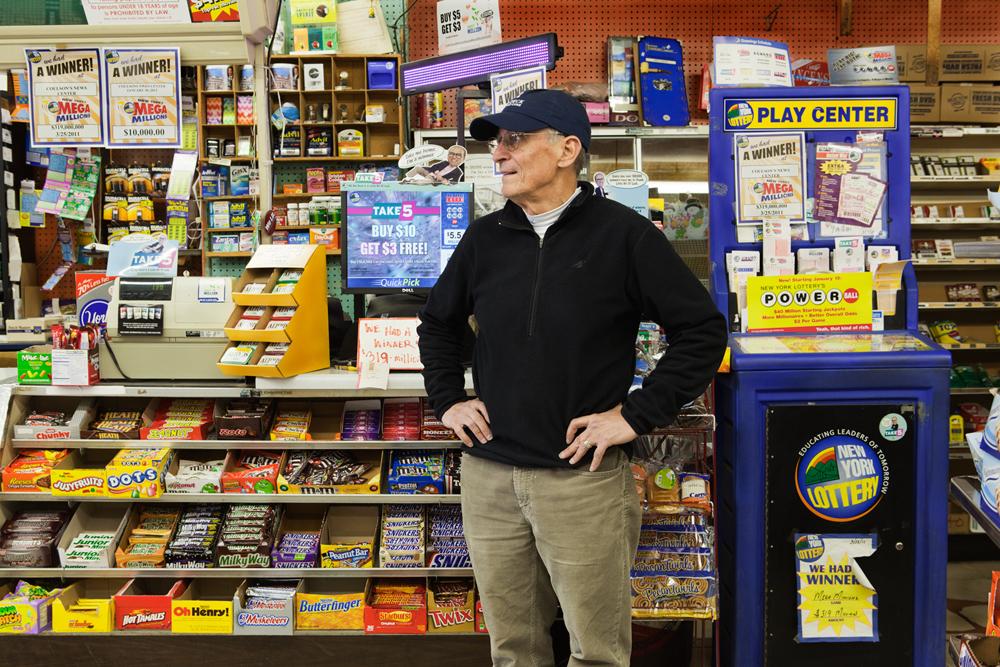 Steve is the fourth generation of his family to operate Coulson’s News in Albany NY, which has been open for business since 1895. In March 2011 they sold a winning MegaMillions ticket worth $319 million. So far this is the largest jackpot won by a single ticket in the games history. An office pool of 7 workers who were all regular customers shared the money. Steve received the maximum bonus commission, which in NY State is $10,000. 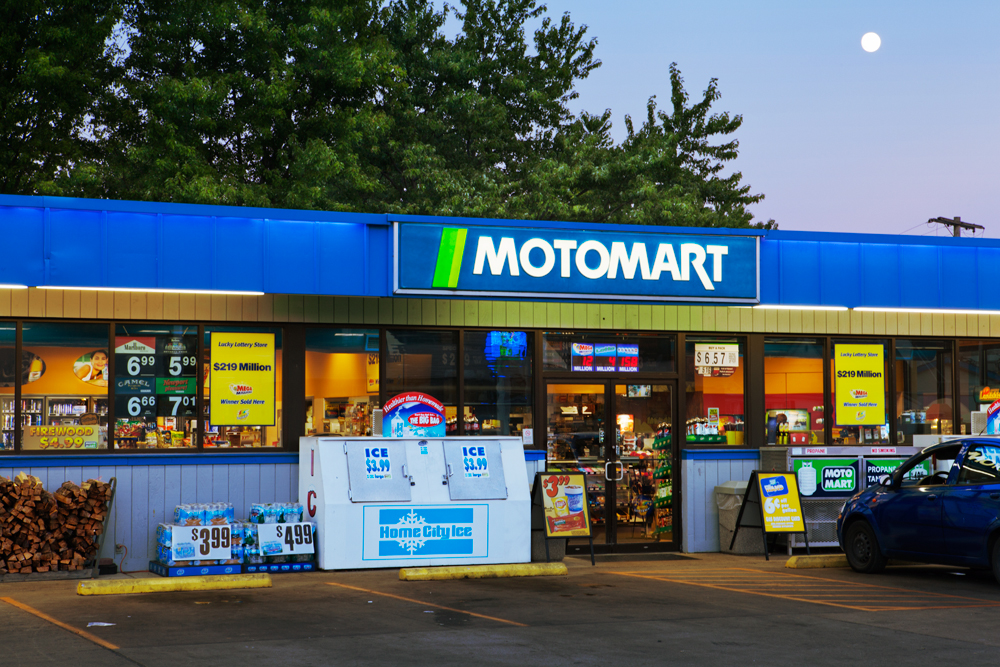 In March 2012, the jackpot for MegaMillions reached a record $640 million. One of three winning tickets was sold in this store located in the town of Red Bud, Illinois (pop. 3683). FKG Oil, a corporation that owns 73 other stores, received the maximum bonus commission, which in Illinois is $500,000. In an unusual gesture they gifted $50,000 to the 7 workers at the store. 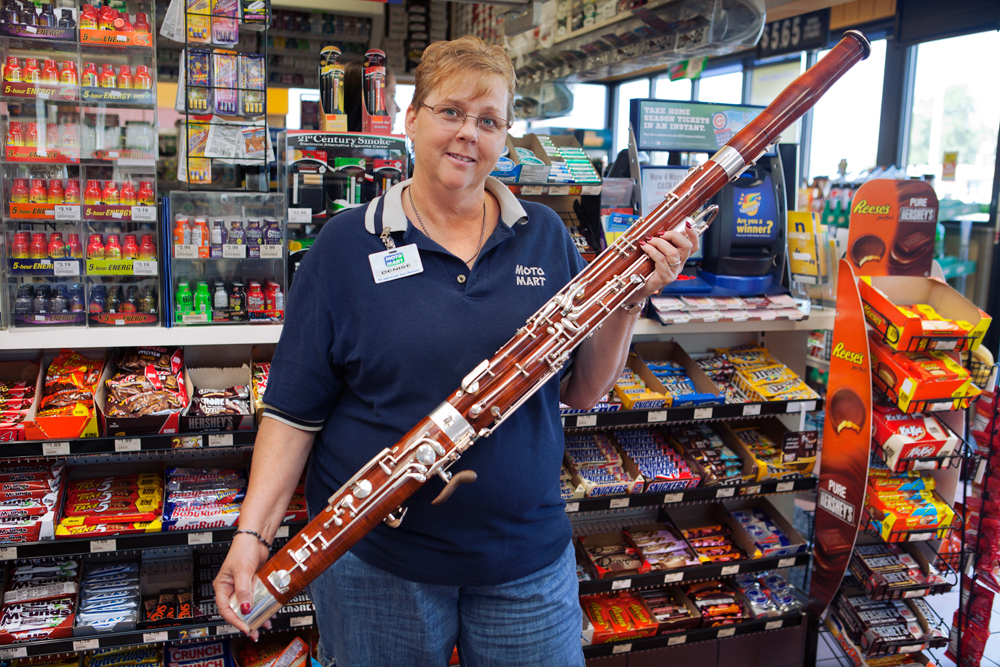 Denise, the manager at Motomart received a small share of the $500,000 bonus commission. With her $25,000 windfall she was able to purchase a bassoon for her husband, a retired member of the Air Force band. “We tried to get a bank loan several years ago but were turned down.” 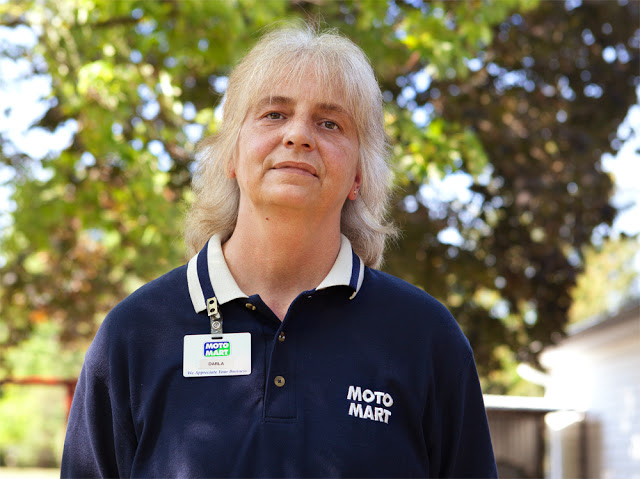 Darla, a regular player, sold the winning MegaMillions ticket in March 2012 at Motomart. As assistant manager she received a bonus commission of $12,500. When the other 7 clerks in the store found out they had to split the remaining $12,500 bonus, 3 of them quit in protest. “Money changes people.” 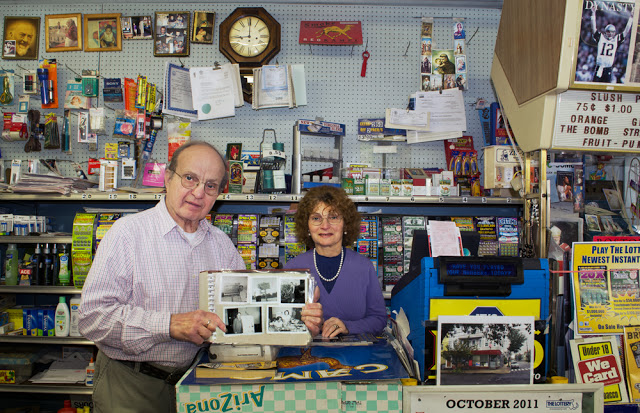 Frank and Rafaella DiFonzo own and operate Bill’s Food Shop, the oldest family-run convenience store in Somerville, MA. Frank points to a photograph of his father who helped him buy the shop. They raised three children in the apartment above the store. After 54 years in business they have never sold a big winning ticket. 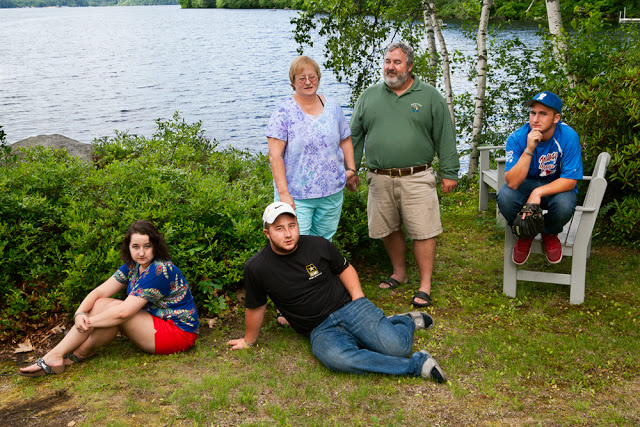 Ed and Nancy have been in the convenience store business for over 25 years. They currently operate four stores in rural communities in central Maine. Theirs is a family business where all three children lend a hand after school and on vacations. Kate is a college junior, Nick recently enlisted in the Army and Matt is a star athlete at the local high school. 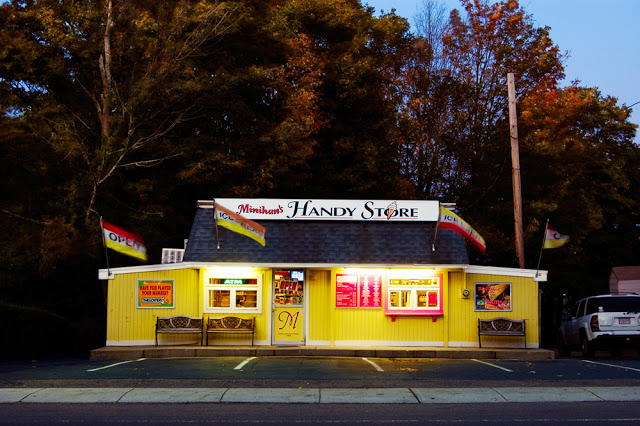 The owner is the third generation of his family to work this small shop located in Randolph, MA. He sold a winning $1,000,000 scratch ticket in 2010 and received a $10,000 bonus commission. Eight years earlier he sold a winning $4,000,000 scratch ticket and received a $40,000 bonus. His customers consider Minihan’s a lucky store. 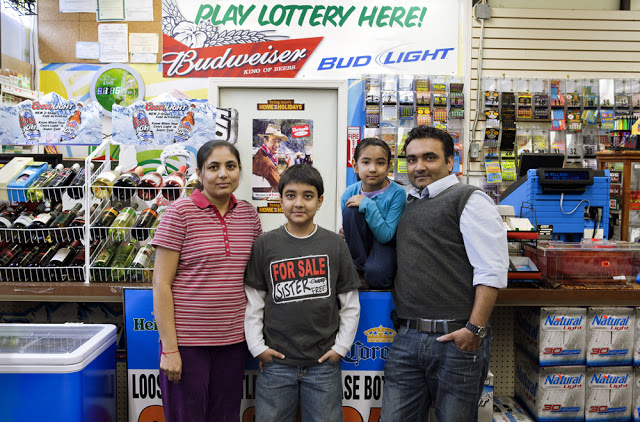 Harry Patel with his family inside Jay’s located in Lowell, MA. He sold two winning $1,000,000 scratch tickets in the last 5 years and the customers in the surrounding neighborhood consider his store very lucky. 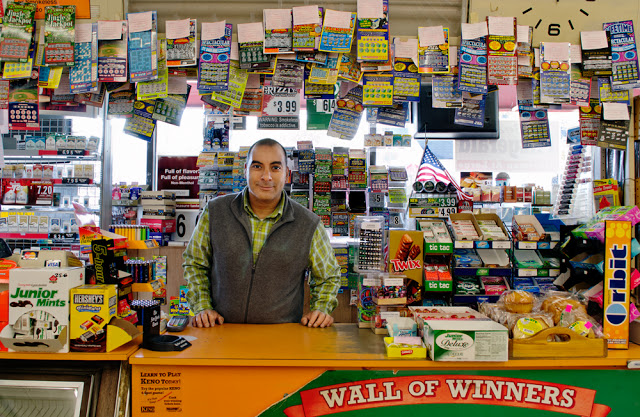 Amar Ramadan, proprietor of Neighborhood Market located in Somerville, MA. He sold a winning $1,000,000 scratch ticket in 2001 and used the $10,000 bonus commission to put a down payment on a house nearby where he still lives with his wife and two daughters. 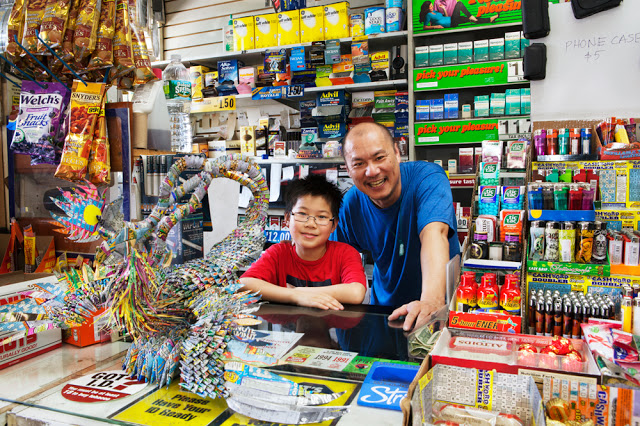 Peter Wong with his youngest son is the proprietor of S&R Market located in Sheepshead Bay Brooklyn, NY. He makes origami sculptures with the discarded lottery tickets his customers leave behind. 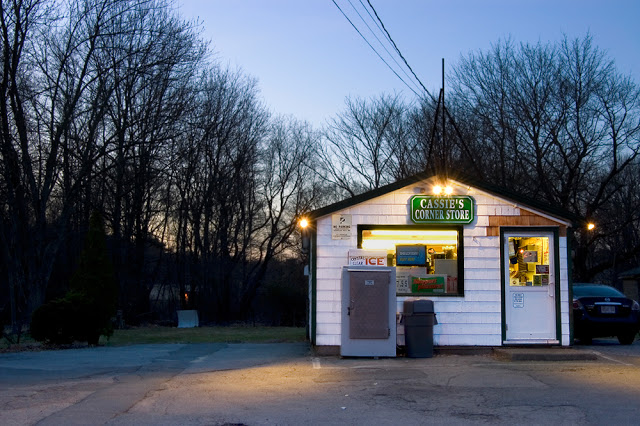 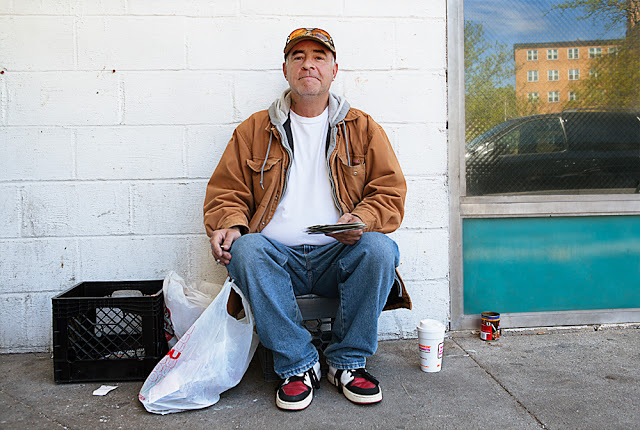 Tony is a ticket hunter. He collects discarded tickets from the trash of neighborhood stores looking for winners that were inadvertently thrown away. “Some weeks I make as much as $250.”

NEXT | I’ll Be Your Mirror curated by Jennifer Shaw >
< Damion Berger: In The Deep End | PREV