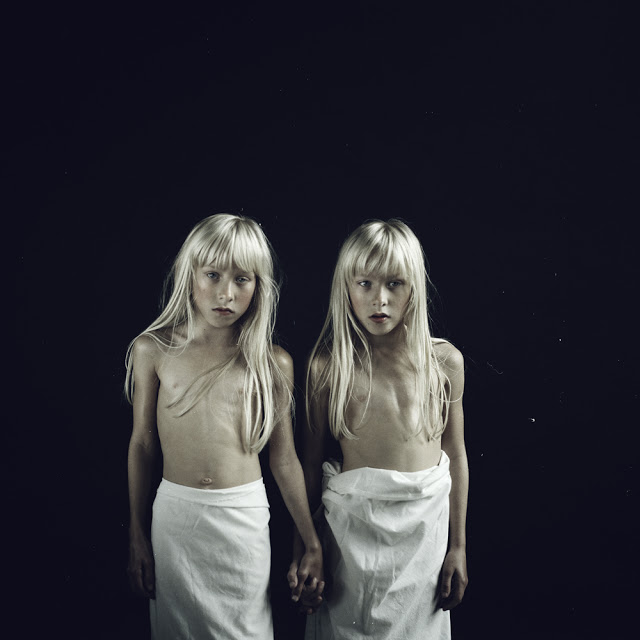 It is undeniable that one of the closest connections between photography and painting is portraiture.  From painting, photographic portraits have appropriated concept of composition, posture, gaze, and lighting to further exalt emotive or even evocative representations of a person.  For Nicol Vizioli, initially a painter, it is clear that the influence over her original practice has created a style and set a tone for her photography.  This series conjures a primal form of personal philosophy, which is transformed by a raw, yet theatrical, approach.

Nicol Vizioli began as a painter and gradually her fascination of still images developed in the form of a strong passion for photography. The insight of her work draws upon many different places, such as the natural and animal world, mythology, literature and finally painting: photography is therefore regarded as the convergence point, where all of them meet. Painting and photography are inseparable in her work, they influence each other, in a continuous, never-ending flow.

After a degree in cinema she moved to London, where she graduated from MA Fashion Photography at LCF, University of The Arts London, with first class honors in 2011.
Her work has been exhibited in several places and international art fairs such as Miami, Basel, Somerset House for the London World Photography Festival, the Zabludowicz Collection, The XV Biennale de la Mediterranée, Milan, Rome and many others.  Nicol has also been visiting as a guest lecturer at London College of Fashion (London, UK) and IED – Istituto Europeo di Design (Rome, IT).  Born in Rome, she lives and works in London. 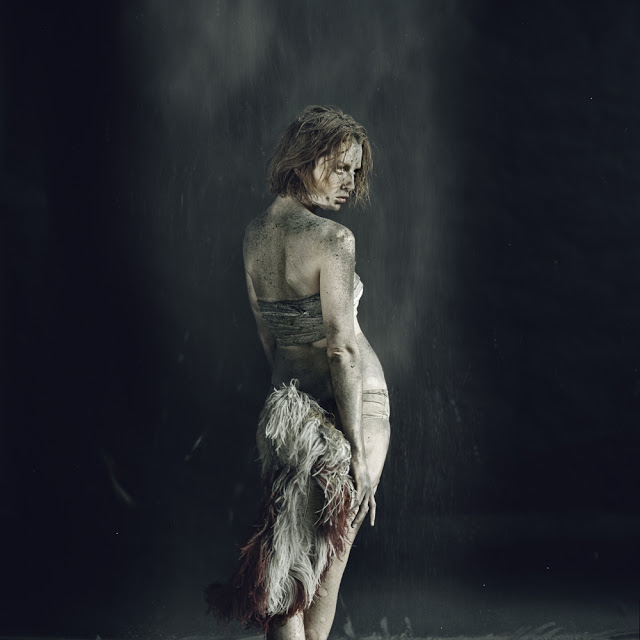 An Opening Song
In the 19th Century Arthur Russell Wallace and Charles Darwin propounded that phylogenetic branched trees derived from a single ancestor, which meant that all forms of life are tied by relationships of common descent. From a biological point of view, this is extremely “simple”; it suggests life as we know it was created with an original being. Thus with the first cry of each new birth, our collective memory resonates with that first piercing song of arrival. We are reminded our ancestral consciousness, we are reminded of our animal dimension.
Nicol Vizioli started her photographic project An opening song in April 2012. It all started with a dream, then a meeting in the crowd with the first woman bird, Helene; Nicol pursued birds of prey and found herself in the hauntingly beautiful English countryside. In the presence of these wild animals that dominate the wind and the currents, the artist’s soul was stirred and awakened. The artist recognizes that our souls are suppressed and inhibited to true expression if we don’t return to the breathe of life. This is something intangible, of wind and profound unity with nature, and only then, once we return, can our indomitable visceral pasts reawaken. That day in the English countryside, Nicol heard nature’s enchanting mysterious song as it breathed life. 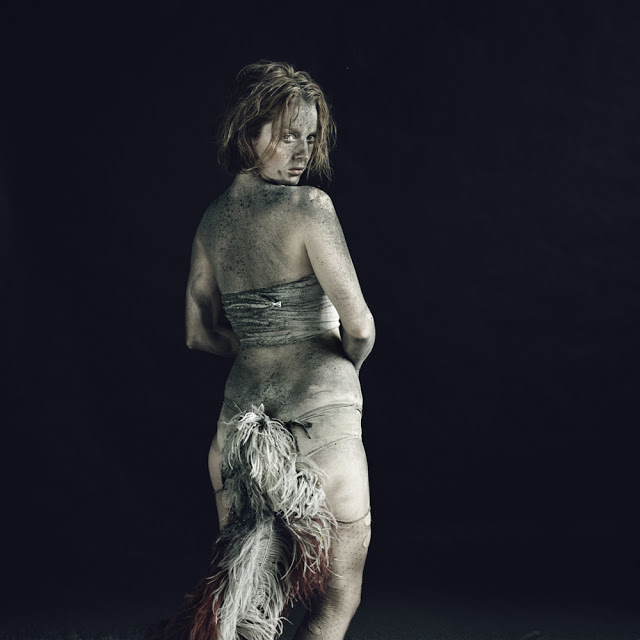 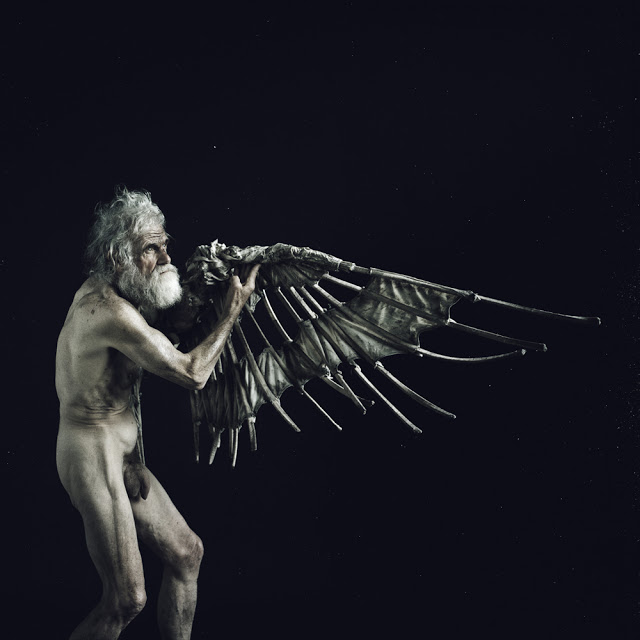 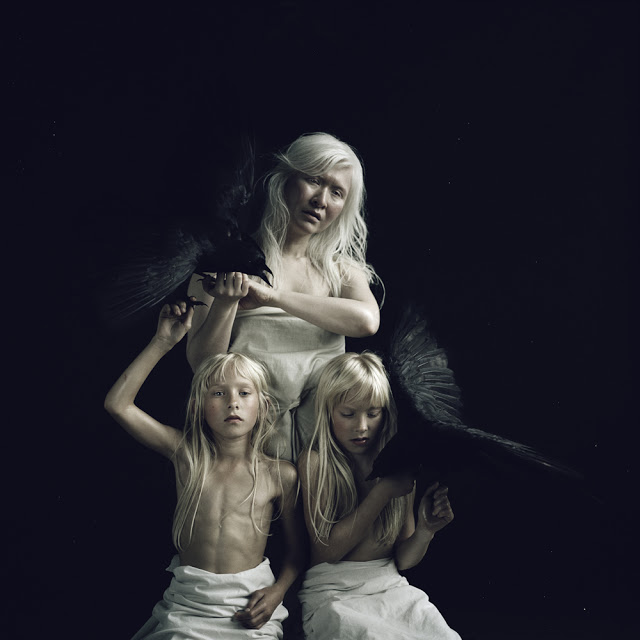 A long period of reflection, readings, drawings and meetings with characters that are able to understand and share her journey, or that have it in their DNA, whom then become her models. Albino, twins, rebellious souls, old and woodland travelers.
It’s the union of these varying vital strengths (the wild animal, the thinking animal and the prodigy animal) the strength of the photographic medium is unleashed in the hands of Nicol. She captures a simultaneous expressive fury and aesthetic balance to her photos which makes them able to speak to every individual and universally iconographic. Observers are encouraged to feel cognisant of the warm comforting protection of the womb alongside our fragile vulnerability facing the whirling enormity of Nature. Glimpses of Nature’s symbols since time immemorial are revealed. 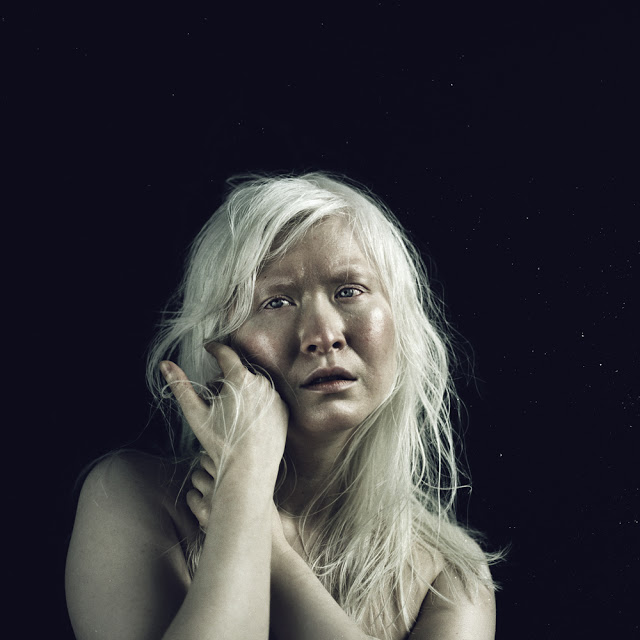 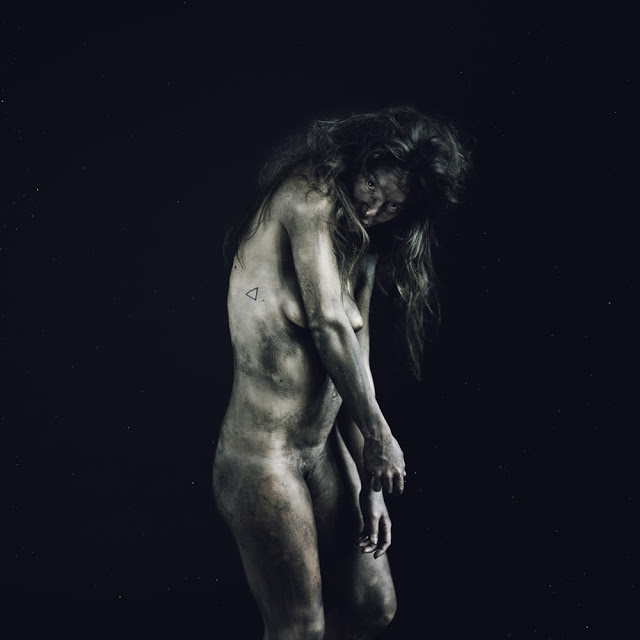 Flawed, dirty, obscure, mysterious, aware of descending from the same progeny. Embodied in a tribal way, bodies covered with dust and soil bring the signs of the cost and of the fatigue to be reborn, a forfeit of that old legacy where we all belong.
The analogical portraits tell us about a return to life, a collective rite of passage from one dimension to another, from simply surviving, to living, they explore the holders of this primordial spark, this original force of which we all come from. That first song, which is impossible not to recognize in front of the photographs so dramatic of Nicol Vizioli, crosses us like a lost memory which is suddenly found again. 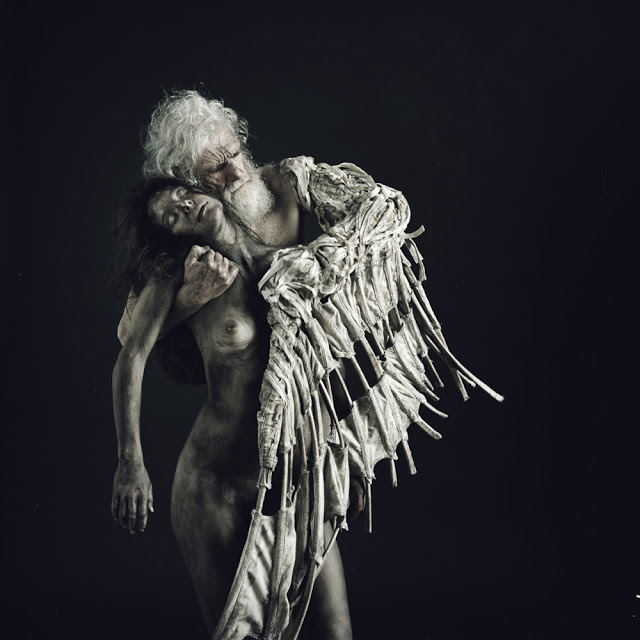 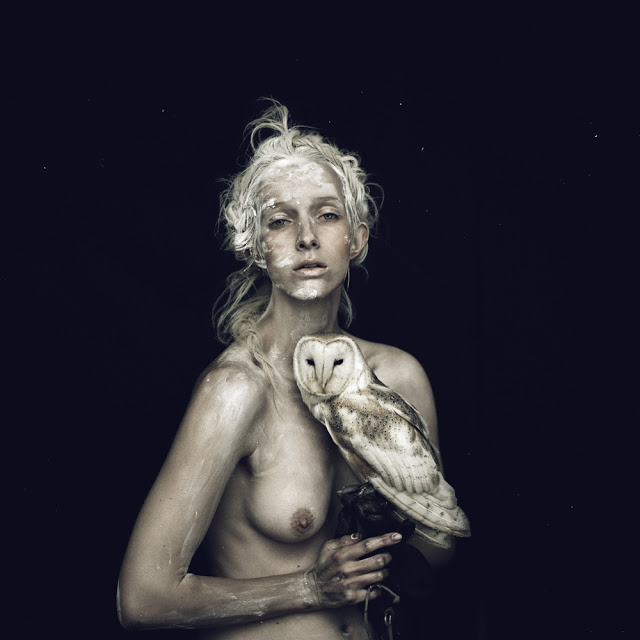 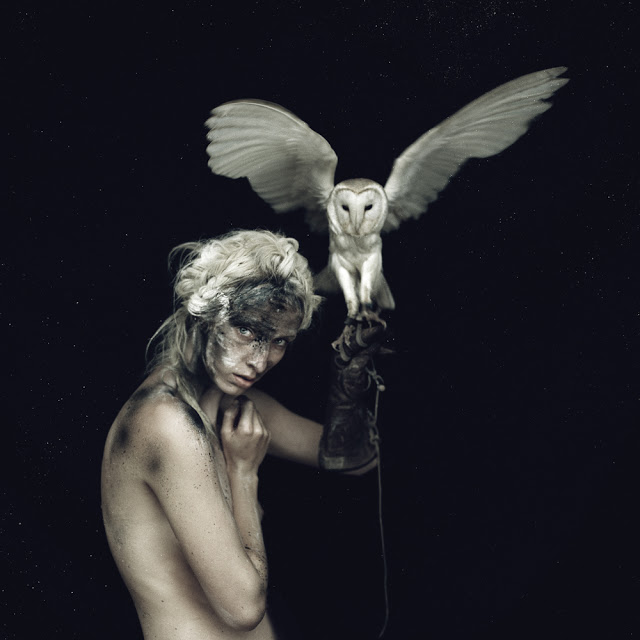 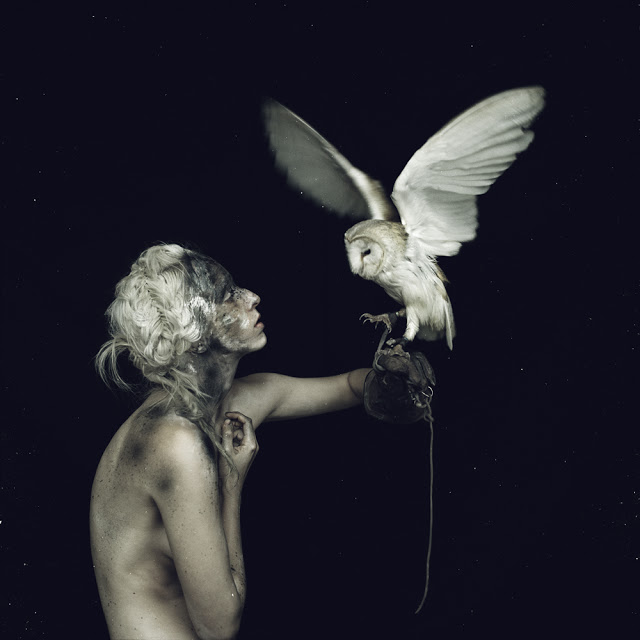 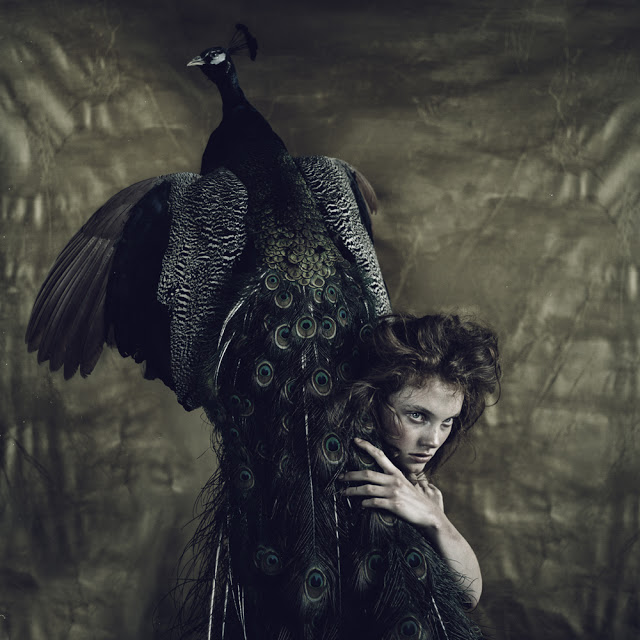 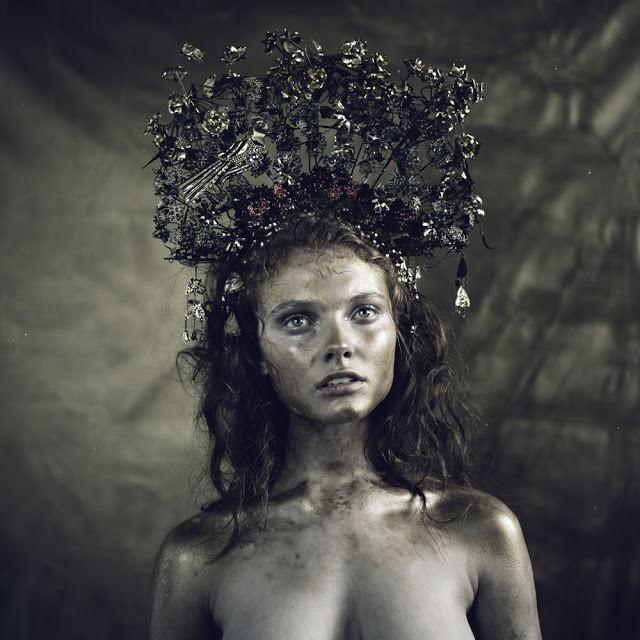 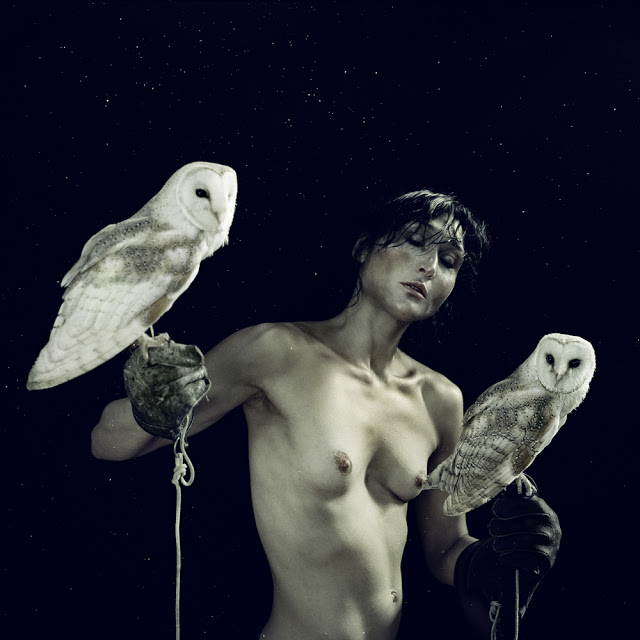 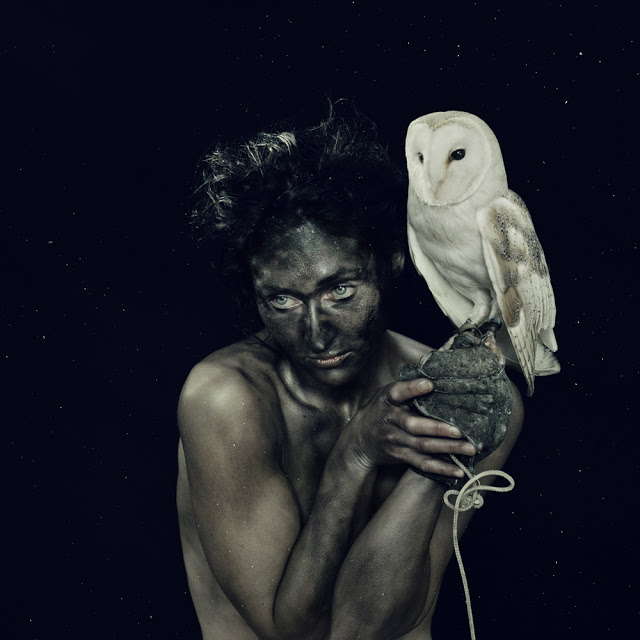 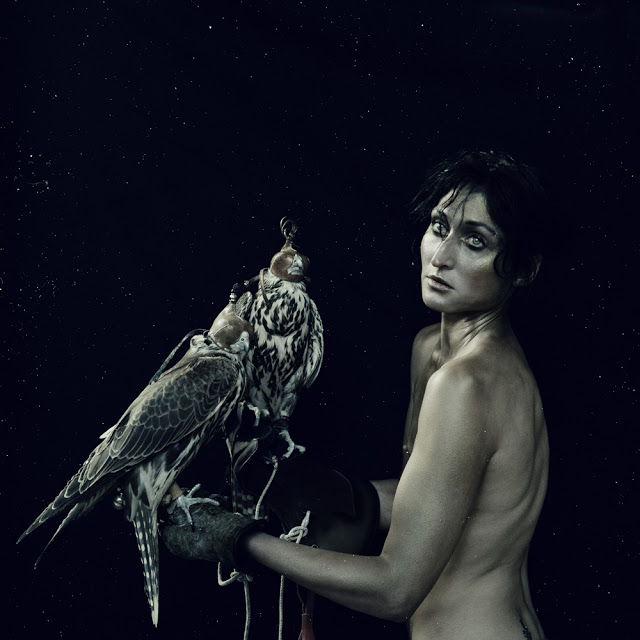 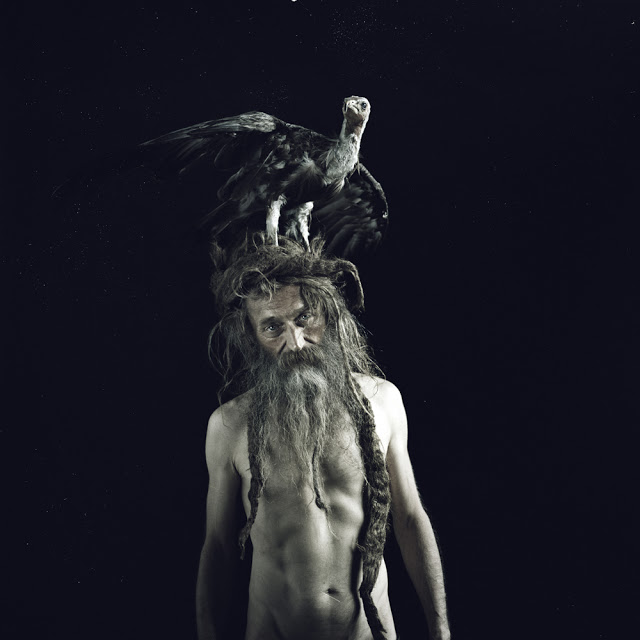 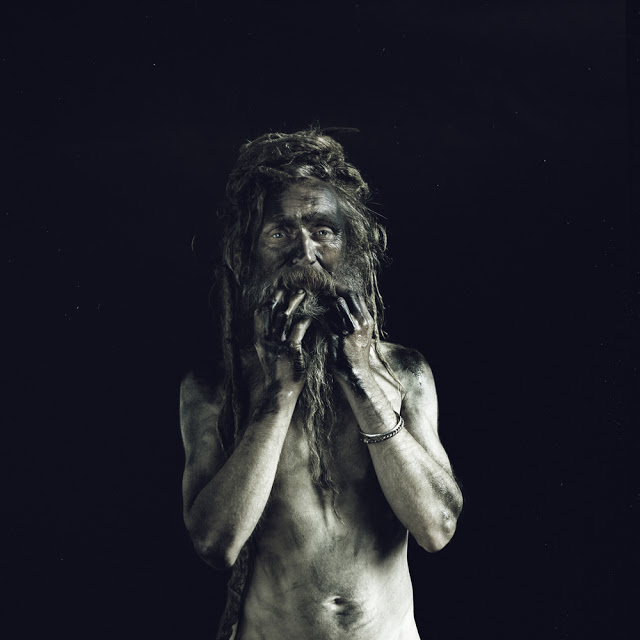 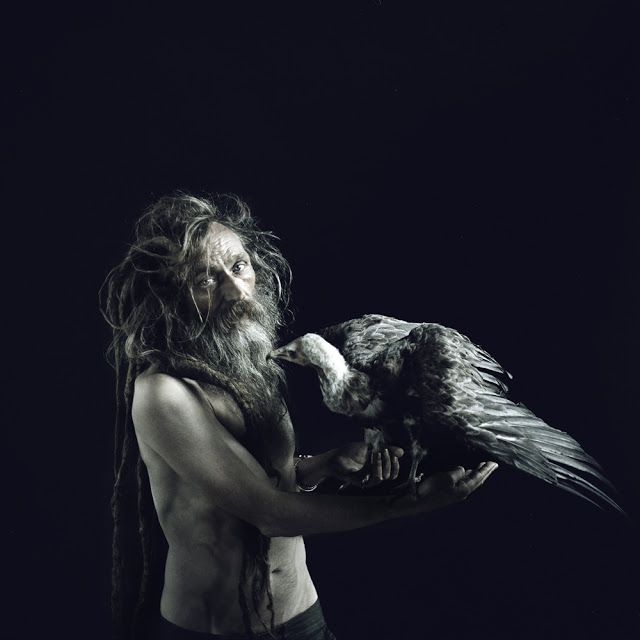