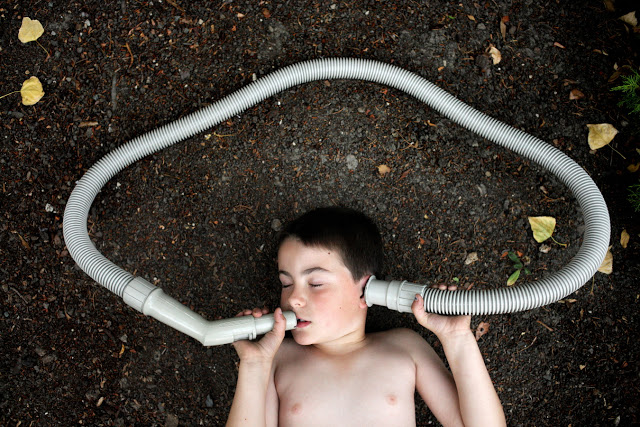 I often think about how lucky we are as photographers to have a second language, a visual language that allows us to express ourselves in unlimited ways.  For some photographers, this additional form of communication has become a remarkable tool for healing, exploration, and story telling. Over the next four days, I am featuring the work of four photographers–all fathers who have sons who are Autistic.  Each photographer has created a project that helps tell their story and allows them to use this second language to express their experience of participating in a often wordless world of Autistic children.

Timothy Archibald’s project, Echolilia, is a collaboration with his son Eli. The project became a way to understand each other in drawings and photographs though the filter of the Autistic spectrum. His well-celebrated book, ECHOLILIA/ Sometimes I wonder ( 2010 Echo Press ), can be purchased directly from Timothy or through the photo-eye bookstore.

I am also featuring some images from his new series, Stereoscopy Photographs, that looks at his brother’s role in the family.

Tim is a commercial and editorial photographer based in San Francisco, California and is the author of the books Sex Machines: Photographs and Interviews ( 2005 Process Media Inc ) and ECHOLILIA / Sometimes I wonder. ( 2010 Echo Press ). His work has been exhibited at The Catskill Center For Photography in Woodstock, N.Y., The Museum Of Sex in NYC, Zephyr Mannheim Gallery in Germany, Videotage Artspace in Hong Kong and Emory University School Of Medicine in Atlanta, Georgia. 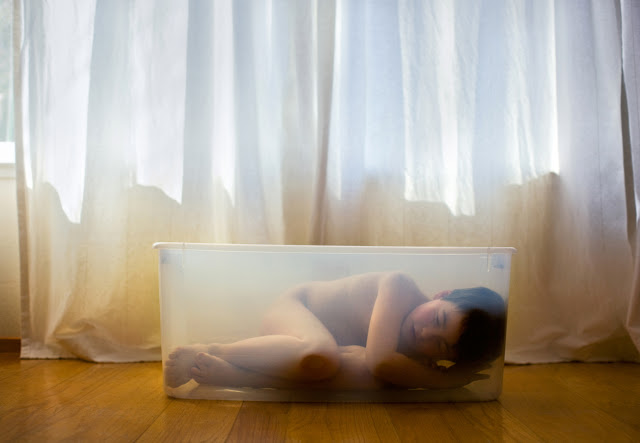 ECHOLILIA ended up being the project, as clichéd as it sounds, that literally changed photography for me. 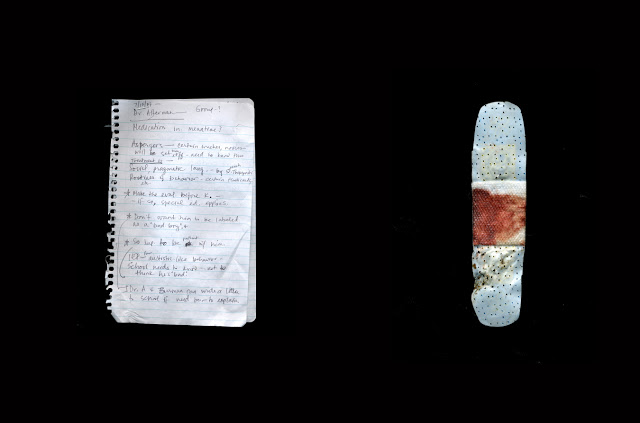 A collection of photographs I worked on collaboratively with my son and all shot in our home, these simple photographs were raw and primitive. They reminded me of a beginning student’s photo project: simple props, window lighting, just a Dad making photographs with his son in this quiet child mindset. The results seemed to be photographs made out of nothing except the ability to pay attention and listen to someone else.

The results didn’t look like my photographs as all. But being the greedy artist I am, always looking for something new, I immediately took credit for these unusual looking images. 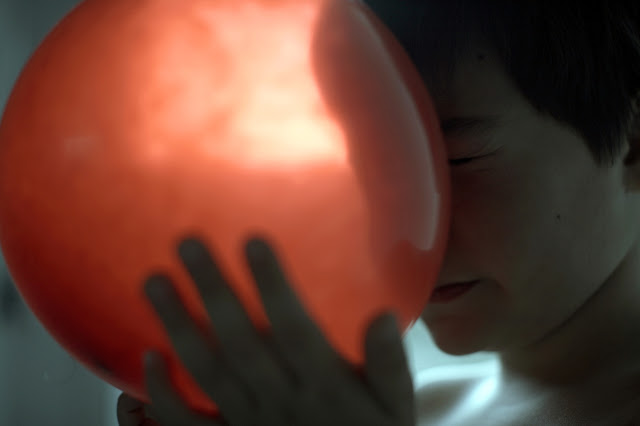 Being a photographer with contacts in the magazine and newspaper world, I was able to get this body of work in front of magazine photo editors with a brief introduction to our process, as well as my reluctant use of the word “Autism”, a term I was wary to admit to in the beginning. The internet sends messages to an unprecedented audience these days. As the series was published, I began receiving notes from parents as well as the kids themselves, from around the world, telling me that they are seeing their son, or themselves, in this series of photographs. 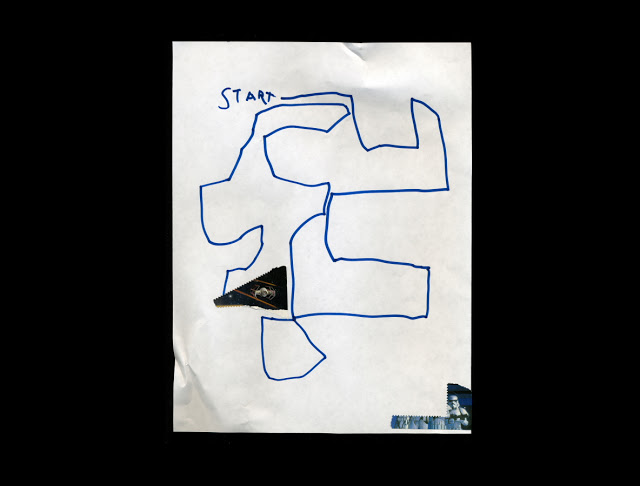 Parents sent me snapshots of their kids that could have easily fit into the pages of my project: the notes, the body language, the in-door nudity, the hyper focus on an everyday object…parents around the world were snapping photographs of their autistic kid’s obsessions and behaviors. This was part of the process of trying to figure their kids out. It occurred to me then that I really had done nothing new with this project. I simply was doing what any parent would do, but I had an eye for good light and possibly a better camera. 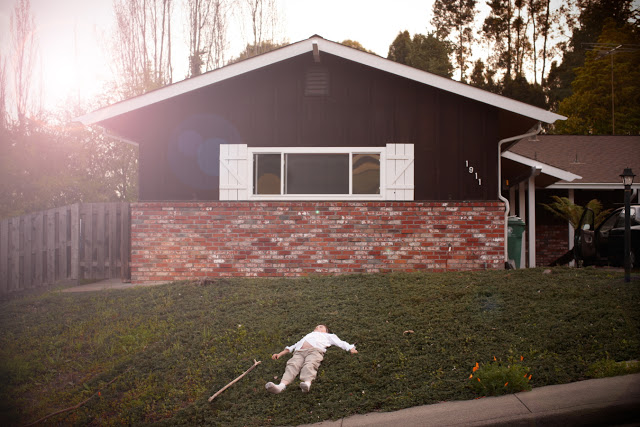 Eli and I stopped photographing ECHOLILIA when we realized we were done. We had nothing left to discover with photography…we had built a bridge of sorts and didn’t really need this tool anymore. 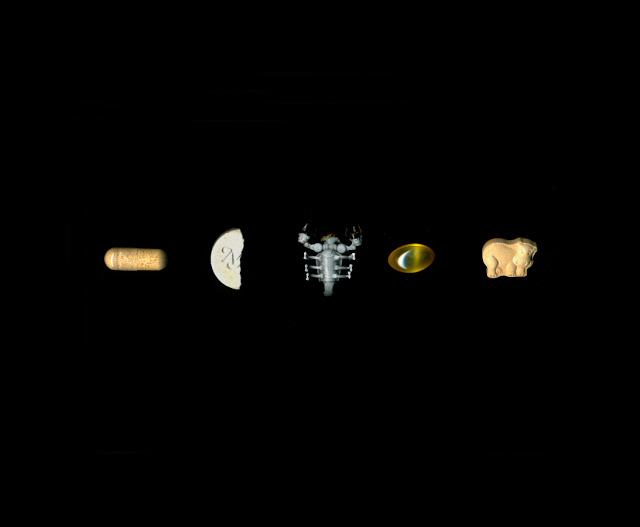 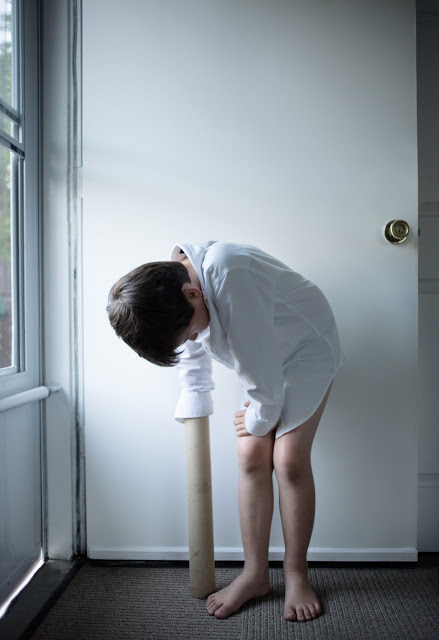 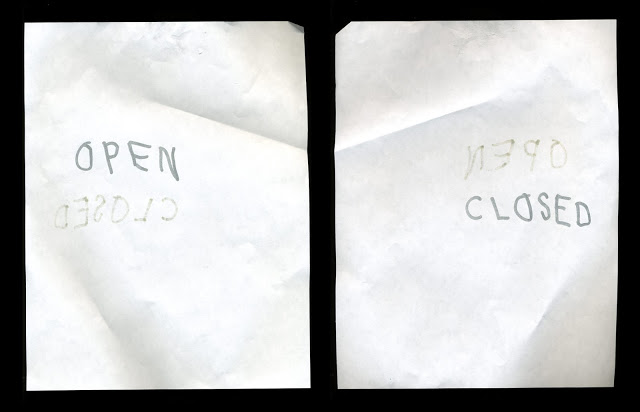 My current series “Stereoscopy Photographs” looks at his brother’s role in the family, and how he has to navigate with this larger than life older brother that is tuned differently than he. Eli appears in this project at times, but this time it’s different. I’m no longer working with him. We did that already. At this point if he appears, I’m simply looking at him, as any parent would look at their kid. Just a photograph, nothing more. We don’t have to be digging for something. We can just be.