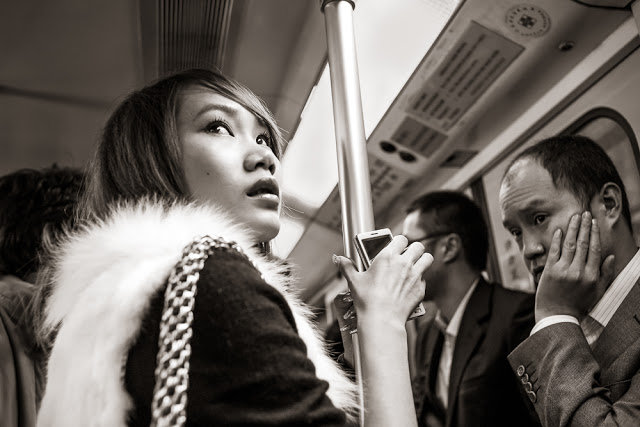 Stan Raucher’s bio states that he was born and raised in Minnesota during the age of black and white television, Life magazine photo documentaries, and the publication of The Family of Man. Although he did not begin to do photography seriously until 2003, these early influences are reflected in his work. Those influences have done well by Stan, as his work is being launded and exhibited widely, with three recent shows: the 2013 Newspace Juried Exhibition, Portland, OR. Sarah Stolfa, juror, The Decisive Moment, Black Box Gallery, Portland, OR. Christopher Rauschenberg, juror, and 2013 B+W Exhibition, Center for Fine Art Photography, Fort Collins, CO. Elizabeth Corden and Jan Potts, jurors.

I am featuring his project, Metro, that begin in 2007 in Paris and continued on to New York and Shanghai.  Since the initial work, his project has been captured in over a dozen cities on four continents.  His images reflect split second tableaus  and small moments of ordinary gestures that become part of the opera of daily life.

Stan’s photographs have been shown in eighteen solo exhibits and over sixty juried group exhibitions. He was featured in LensWork #97 with an interview on street photography and a portfolio from his Return to New York series. He was highlighted in Adore Noir magazine #10 with his Avoid Naples! series, and his photos have also been published in F-Stop Magazine, Camera Arts magazine and Shots magazine. He received the Lucie Foundation E-pprentice Award in 2010, and he was a Critical Mass Competition finalist in 2012. He was a CDS/Honickman First Book Prize in Photography finalist in 2012 for his Metro series. Most recently, he received an Excellence Award in the 2013 Black & White Magazine Portfolio Contest. After36 years as a Professor of Chemistry at the University of Washington, Stan retired in 2011 and now devotes his time to photography, travel and outdoor activities. 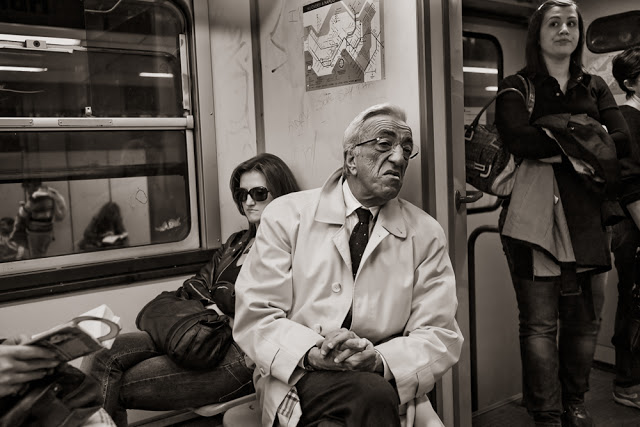 Metro
Using available light and a bit of serendipity, I endeavor to create compelling photographs that provide a glimpse into aspects of the human condition. Whenever I enter a metro station it feels as though I’m in a magnificent theater with a diverse cast of characters performing an unscripted play on an ever-changing stage. Even the most mundane activities may prove to be fascinating. The poetry of the street emerges when situations that are unexpected, mysterious, humorous or poignant unfold. An expressive gesture, a telling glance, a concealed mood or a hidden emotion may suddenly materialize and then vanish in a split-second. My candid photographs capture these fleeting moments as evocative, richly-layered images that invite the viewer to examine what has occurred and then to generate a unique personal narrative. At a time when fewer of the images that we see on a routine basis are honest representations of real life, street photography opens a window to the world that actually surrounds us here and now. 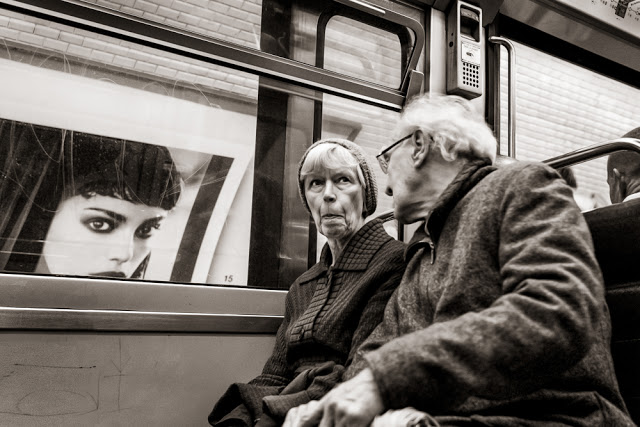 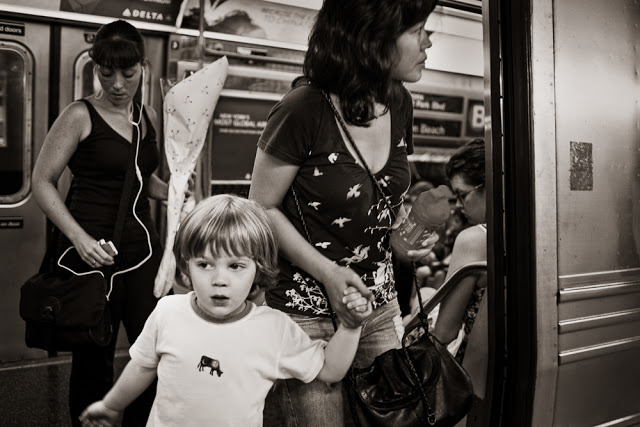 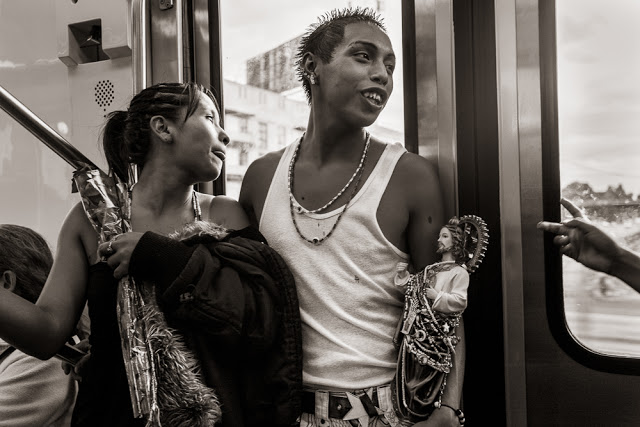 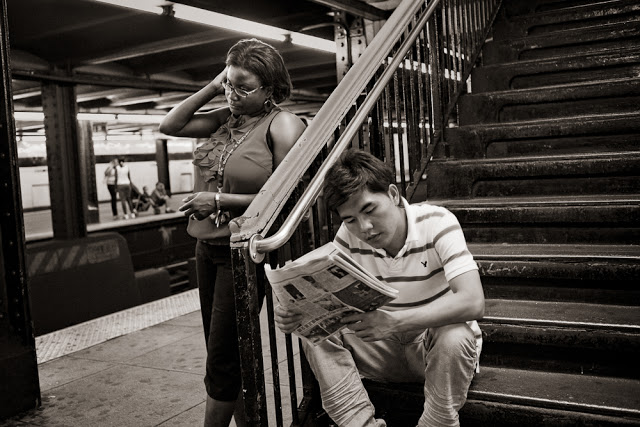 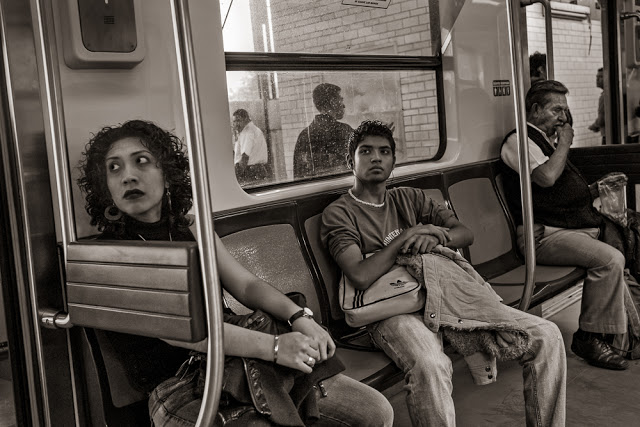 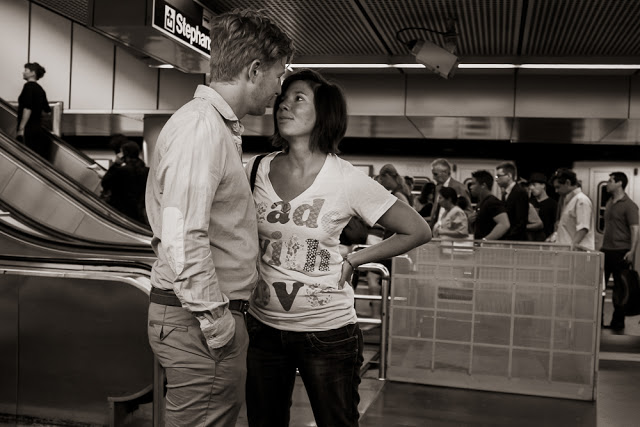 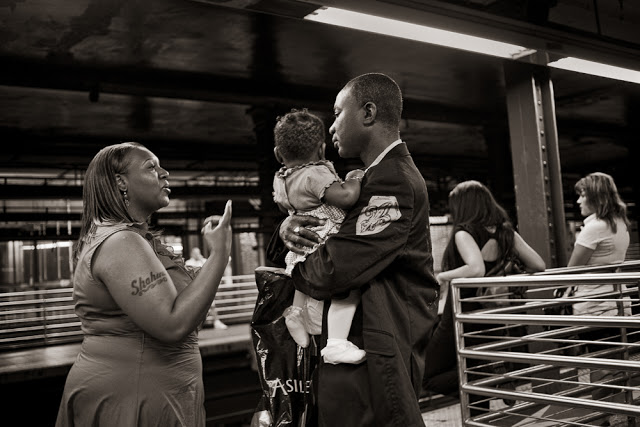 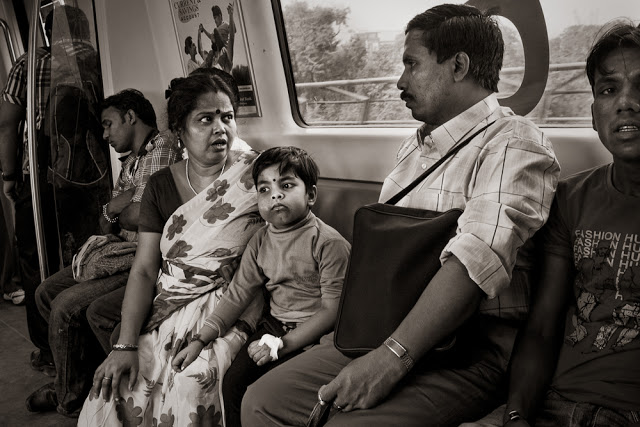 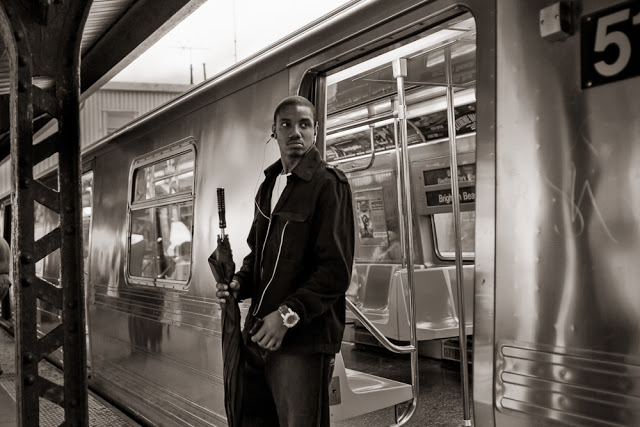 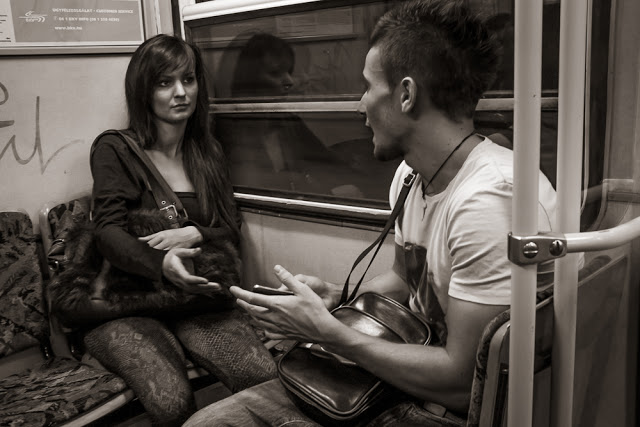 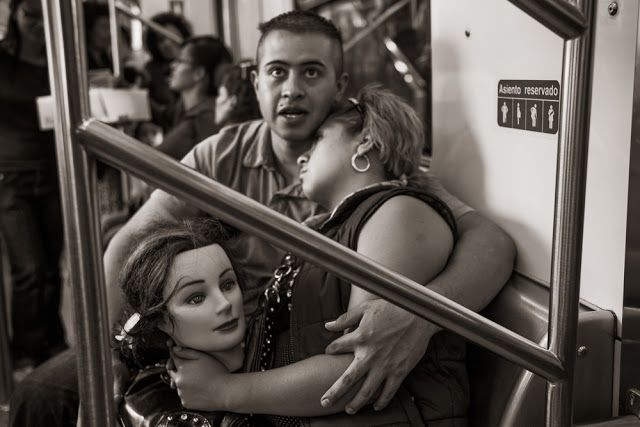 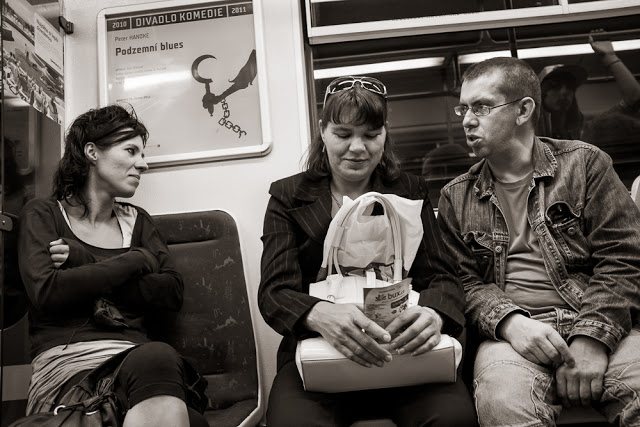 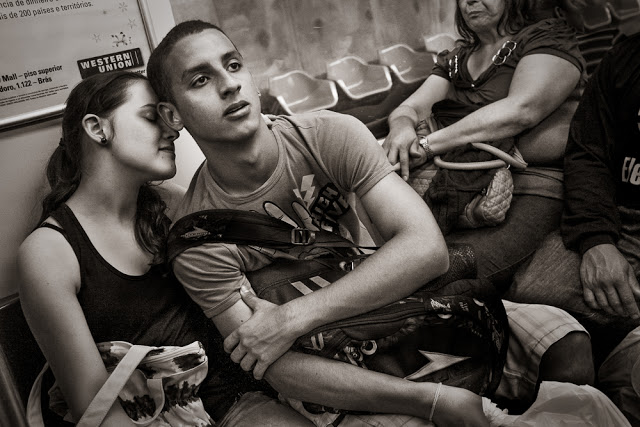 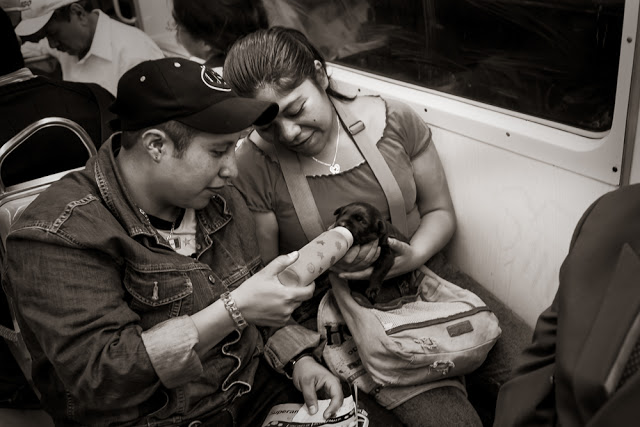 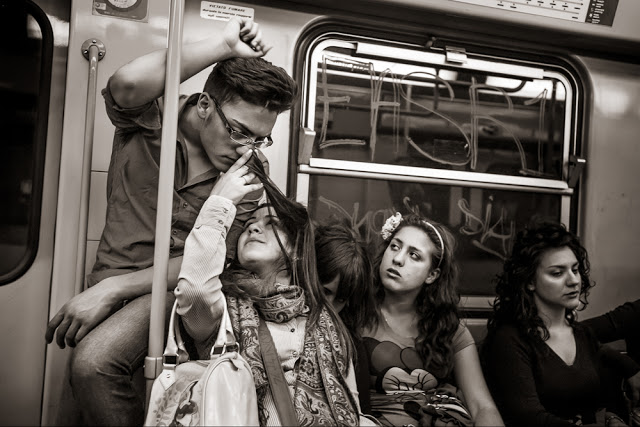 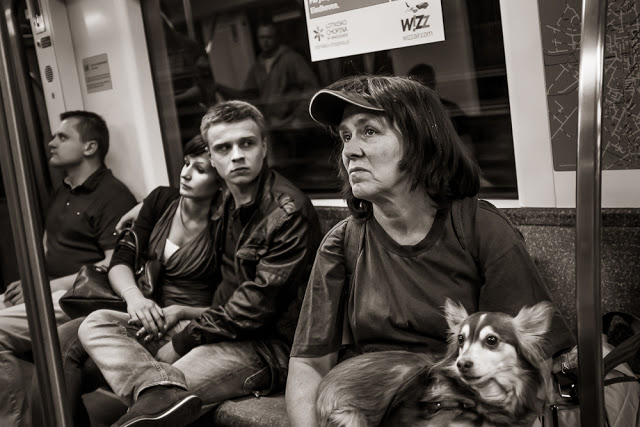 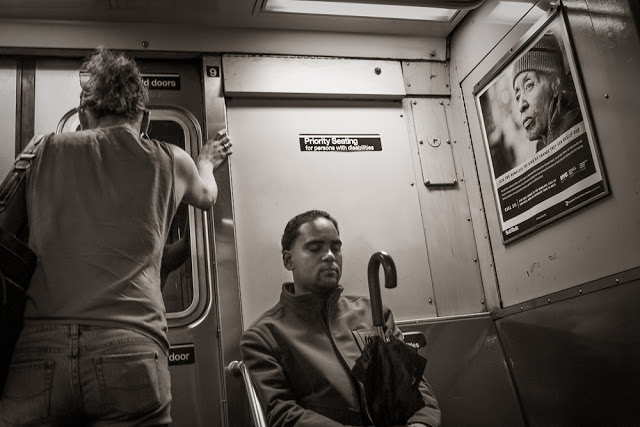 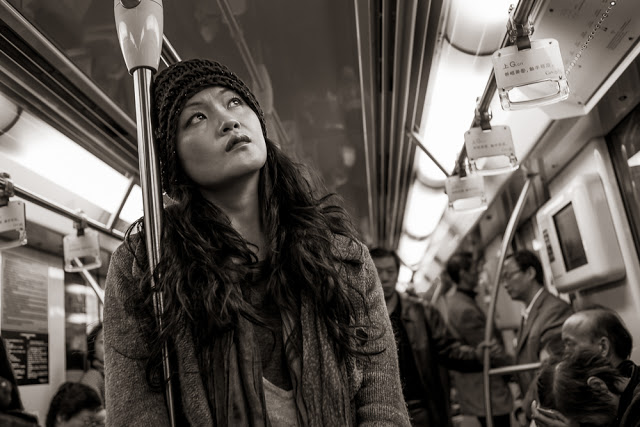