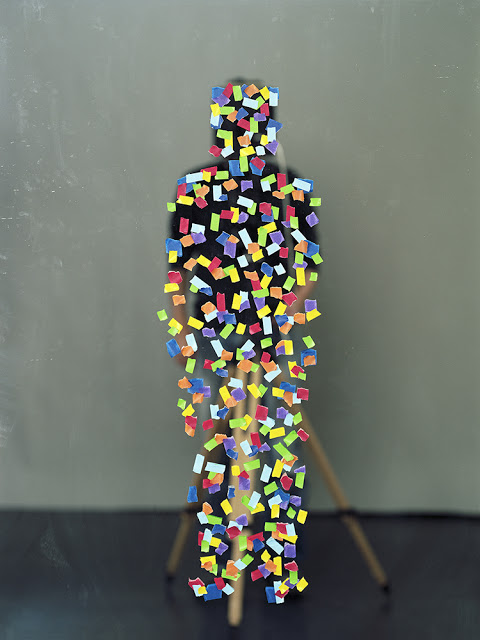 When I first looked at photographer Akihiko Miyoshi’s project, Abstract Photographs, I wasn’t exactly sure what I was looking at, but the more it began to make sense to me, the more I became intrigued. Akihiko “explores the intersection between art and technology most frequently dealing with issues surrounding photographic representation”.  In other words, he makes us reconsider the idea of a photograph, planes of perception, and as he later states, “unpack the the structural mechanics of photographic representation” Akihiko has an active imagination as his artist statement below reflects….. 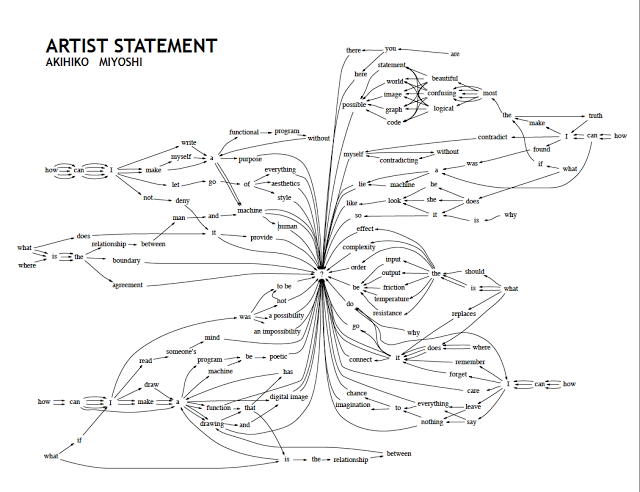 Born in Japan, Akihiko received a MFA in photography from the Rochester Institute of Technology after taking a leave of absence as a PhD student in computer engineering at Carnegie Mellon University to pursue art. Akihiko is an Associate Professor of photography and digital media at Reed College. His work has been exhibited widely including Portland, New York, Los Angeles, Rochester, Pittsburgh, and Toronto. He was named the International Award Winner of Fellowship 12 at The Silver Eye Center for Photography in Pittsburgh PA and the finalist for the Aperture Portfolio Prize in 2013. Akihiko received a Hallie Ford Fellowship in 2012.

The photographs included here are of mirrors, paper and tape often adhered to the surface of the mirror or to the hood of the lens taken with a large format camera as they attempt to unpack the structural mechanics of photographic representation. While the images allude to formal abstraction with various shapes and colors, the photographic nature of the images are emphasized as the image plane is selectively focused and blurred through the use of depth of field. The usually referencelessness nature of abstraction is contradicted by the presence of minute details captured by the use of a large format camera such as dust and scratch marks found on the surface of the mirror or the texture of the tapes used which makes the images photographically real and almost sculptural. 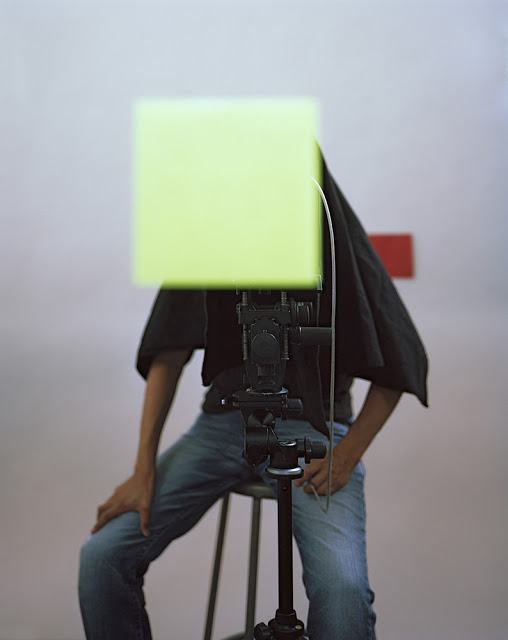 These images have a duality (and tension) of being simultaneously abstract and photographically real. Further, as with many of my other works the photographs expresses my interest in the effect of digital technology in photography and its aesthetic. For example the choice of red, green, and blue tape is based on the three primary colors that constitute a pixel. From a far the tapes can be seen as the pixels glowing on the computer screen. While the images are made using primarily traditional photographic methods, they reference the new aesthetic that seems to be emerging as a result of the use of digital tools and technologies. Seen in this context, by always including only the silhouette of the photographer with his camera, the images remind the viewers of the presence/absence of the producer/author and the method in which the images were constructed and bring forth the complex issues regarding authorship in the digital world. 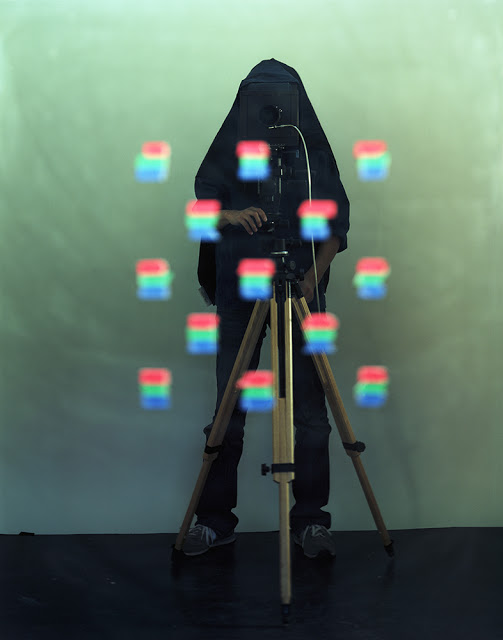 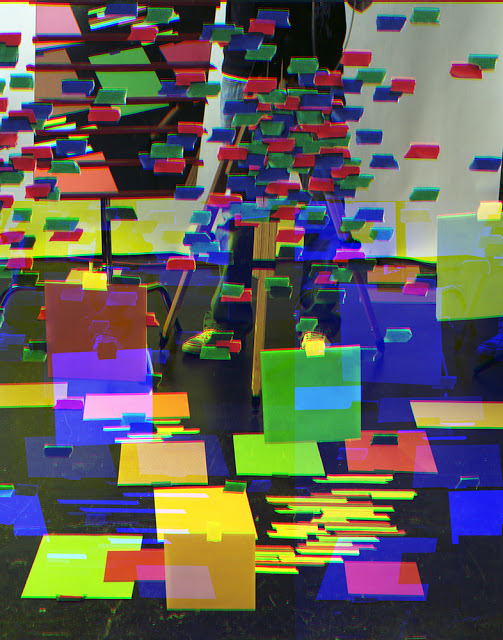 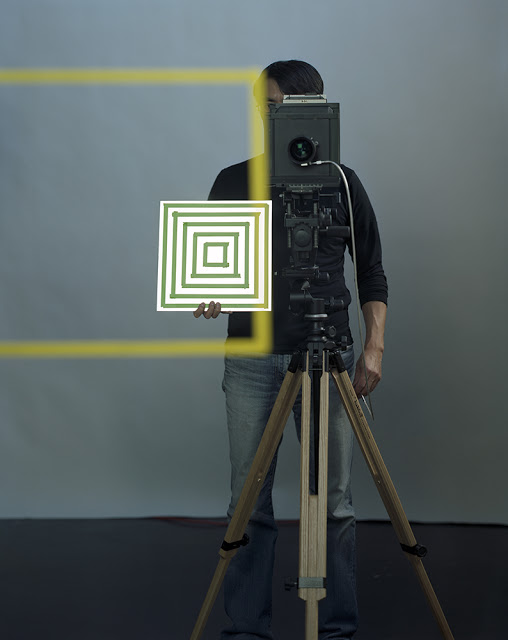 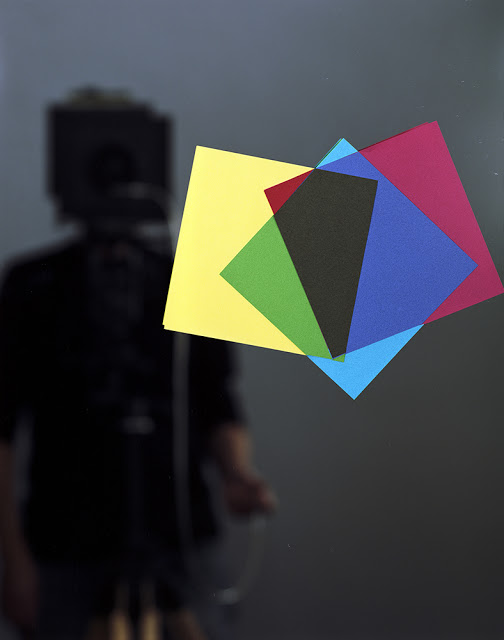 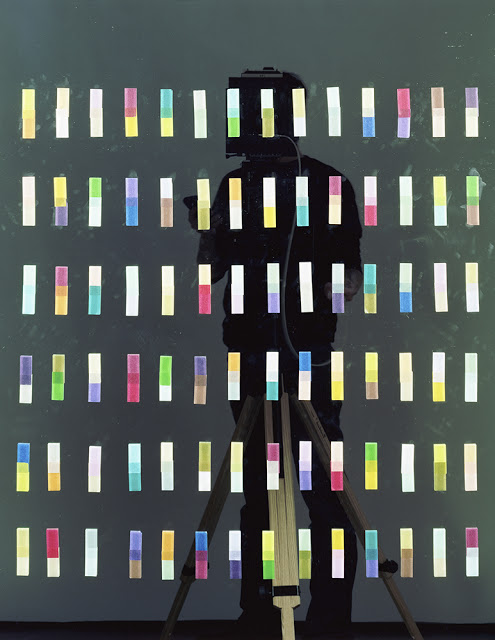 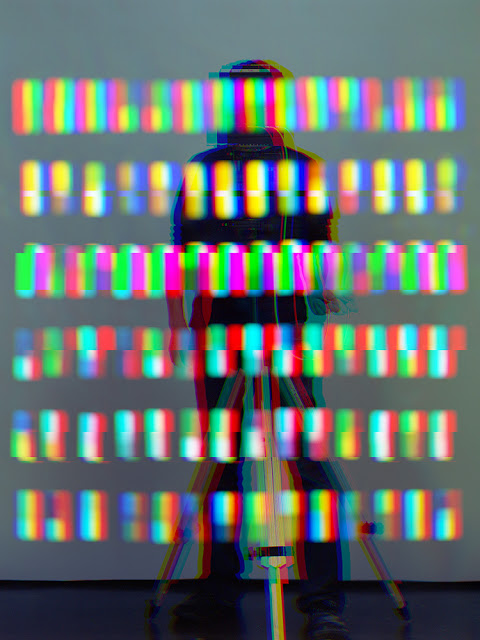 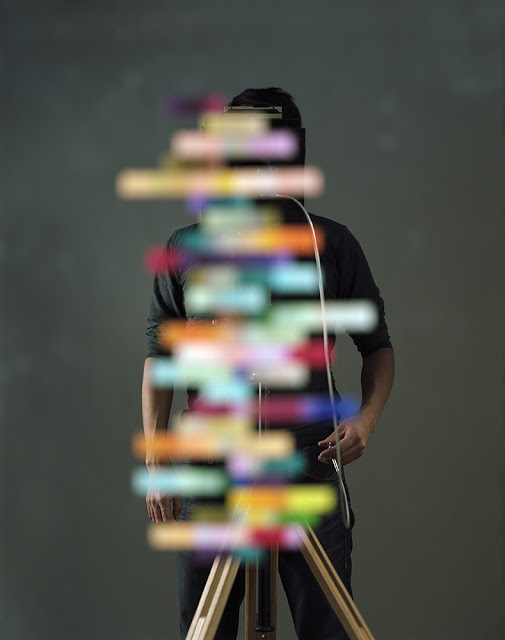 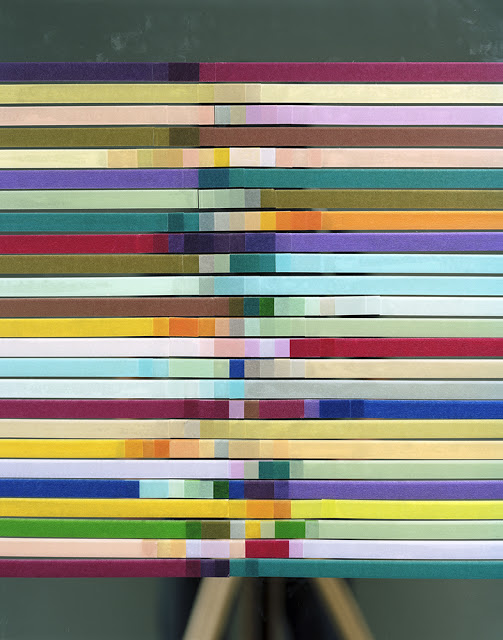 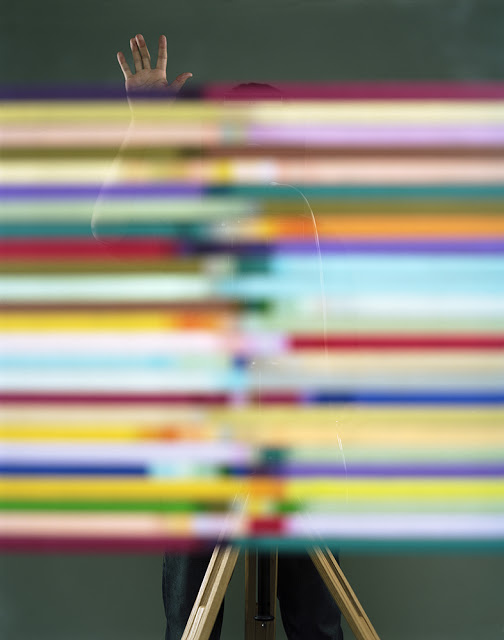 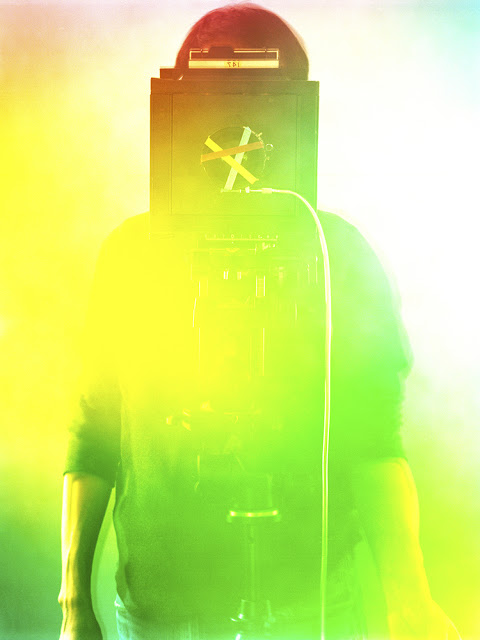 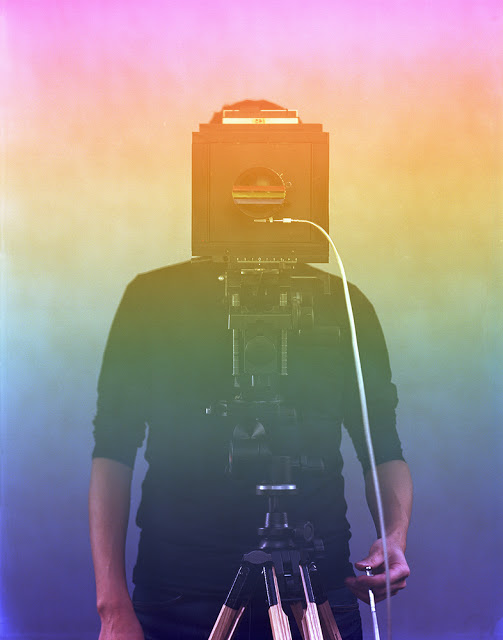 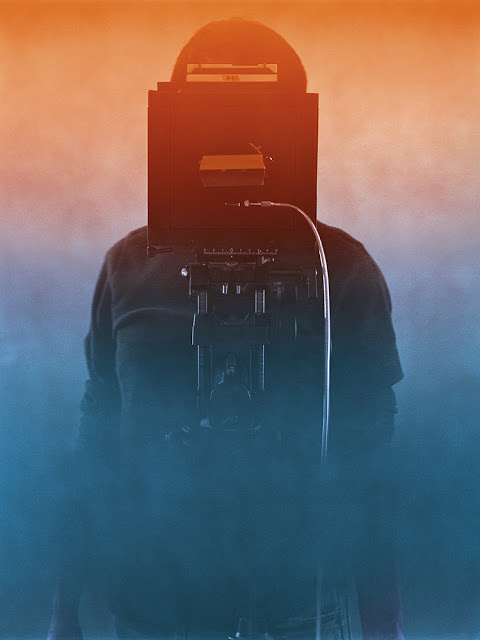 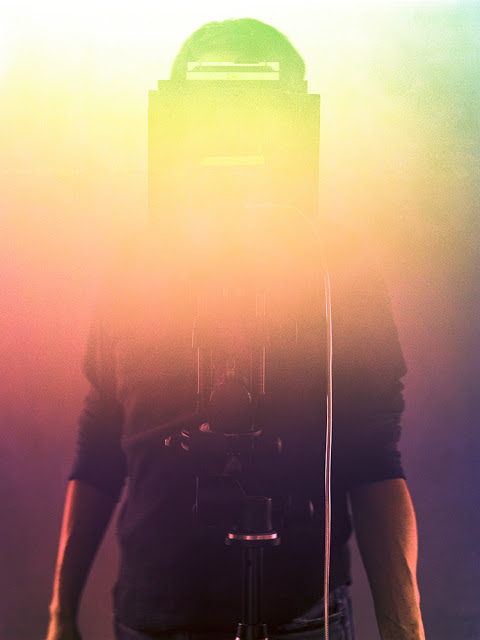