William Coupon: The Punks of New York by Aline SmithsonJuly 1, 2014 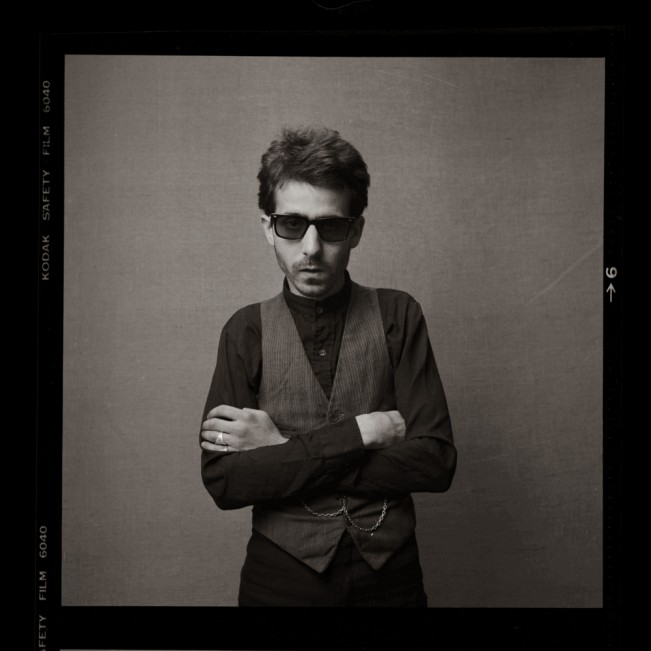 William Coupon has a long legacy of portrait photography. For this post, I am featuring a series captured in the late seventies that showcases the music scene that defined a generation.  William’s essay follows and his bio closes the post. This September William will be publishing SOCIAL STUDIES, a book of comparative portraits of culture and sub-culture from the 29 groups around the world.

William Coupon on the Mudd Club

What is a Punk? Was I really a Punk in 1979? I was a young 26 year old with a camera and I would spend my each and every evening embedded not in some world war, but another form of social chaos: The Mudd Club in lower Manhattan. God knows but these were my peers: the artists with torn jackets and jeans, with red and green hair, with safety pins holding up their shirts and blouses. It was a menagerie of faces, a chaotic group of youngsters all of which did not hold any semblance of a “normal” job. I had first gone there on assignment for Andy Warhol’s Interview Magazine. I thought a real war had broken out when I remember the gyrative dance moves so recklessly in motion along with many broken bottles, that I could hardly walk, much less dance. But everything looked rosier at 3:00AM in the morning, or at least it seemed that way in soft focus. I met David Byrne, Amos Poe, Jean Michel Basquiat, Debbie Harry and Chris Stein, Robert Mapplethorpe, Tina L’Hotsky, Lydia Lunch, William Burroughs, Banger Benvenuti, John Lurie, Kirsten Bates, Duncan Hannah, Glenn O’Brien, John Cale and countless others ~ all quite vain and fashionable, known or unknown. They may have looked like oddities ~ but they combined to form a very real talent pool. They were smart. They were hip. They were inventive. 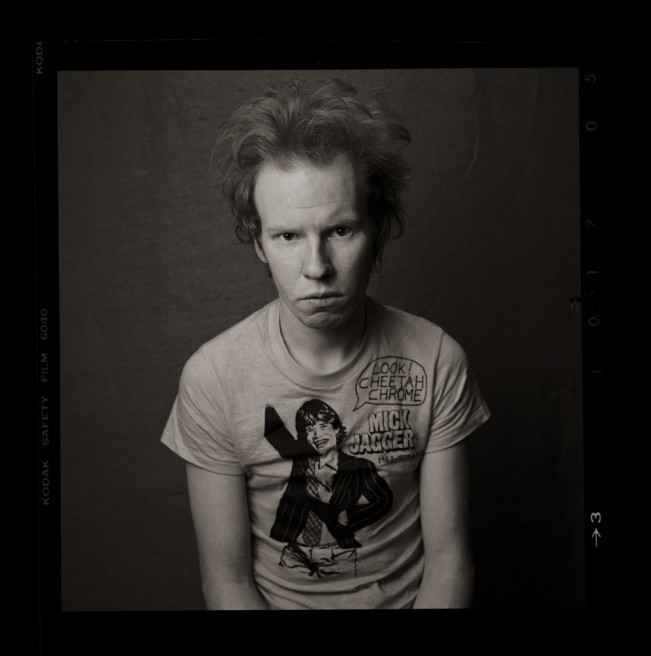 I was up too late. I got up too late. I had sex late. I don’t know quite what propelled this obsession with going to the Mudd Club each and every night. I had always felt like an outsider, but it did kick~start my life as a portrait photographer. And the people who would frequent the club would begin to feel like friends of mine rather than some voyeuristic outsiders. I started to enjoy it. I had my work on the walls, thanks to the owner Steve Mass. I was exhilarated during those days. Why not? I may not really have been a Punk, but for that brief two-three year period, that was my scene, my peer group ~ my home away from home. They all had real sense, mostly very good fashion sense, and if that was Punk, I was in. 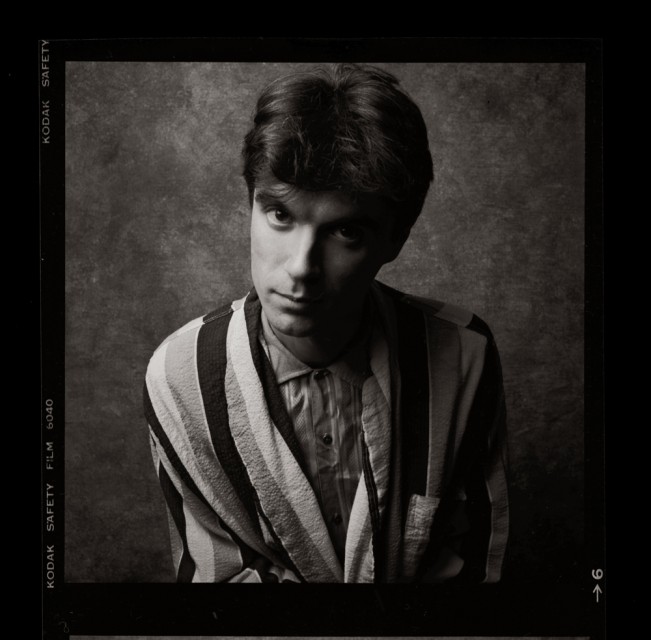 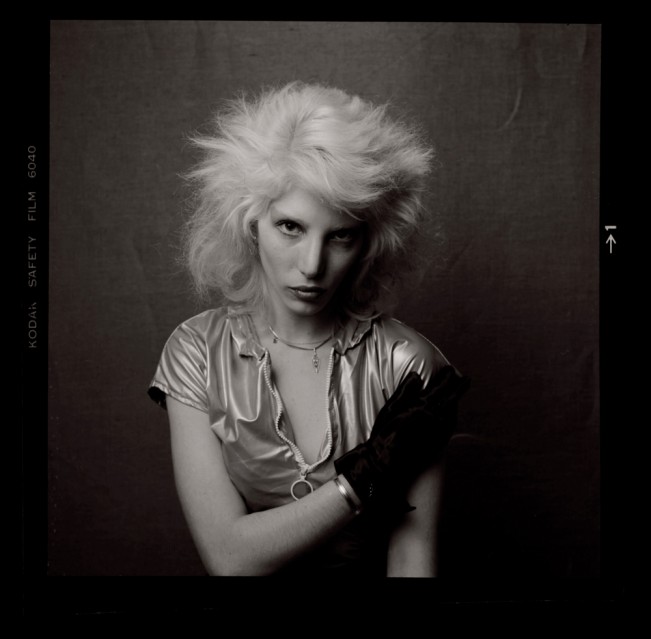 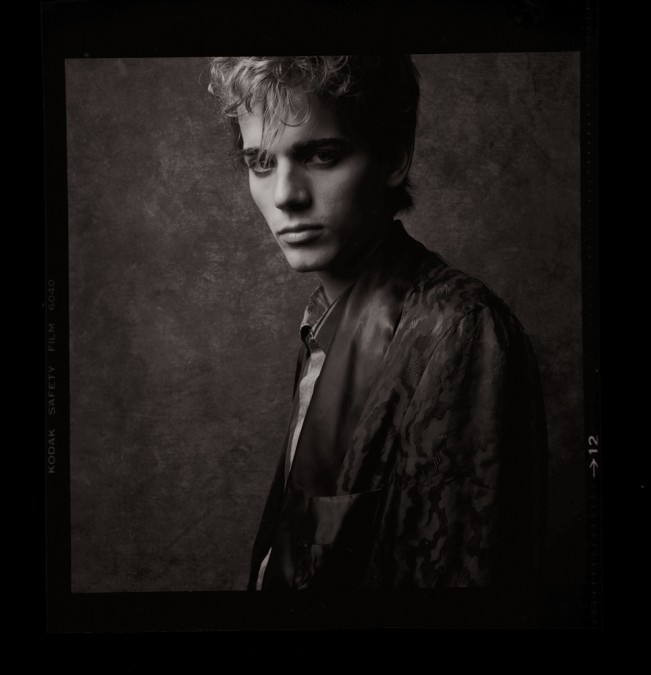 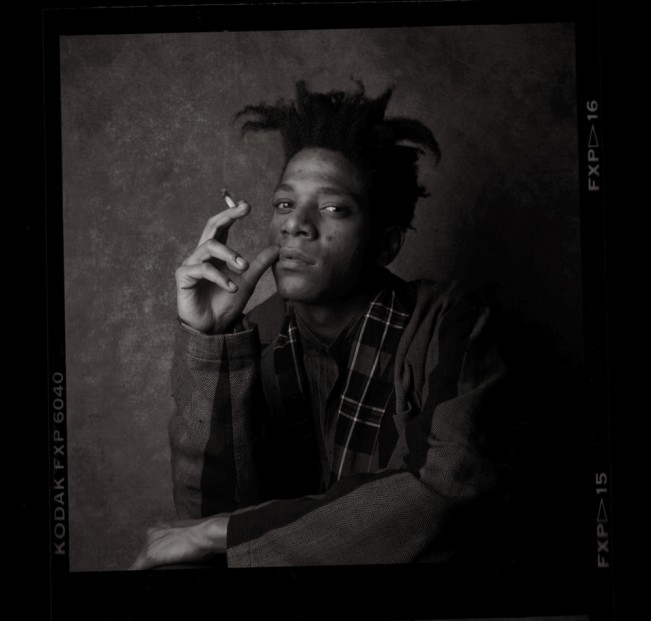 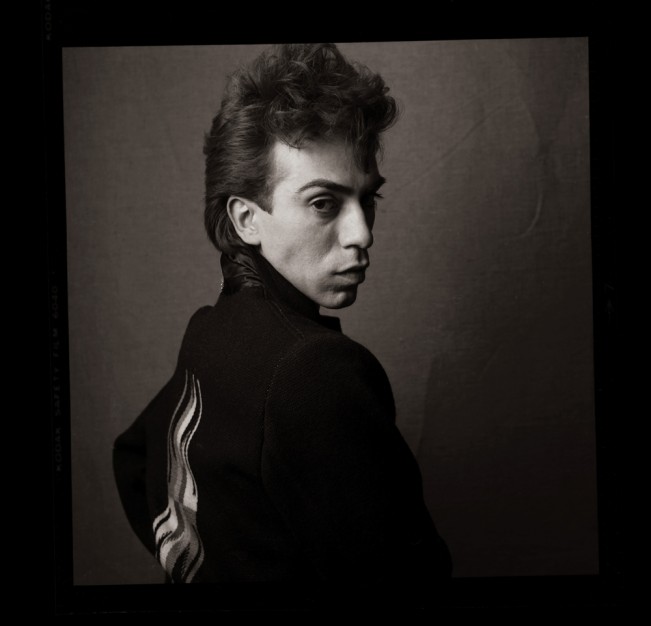 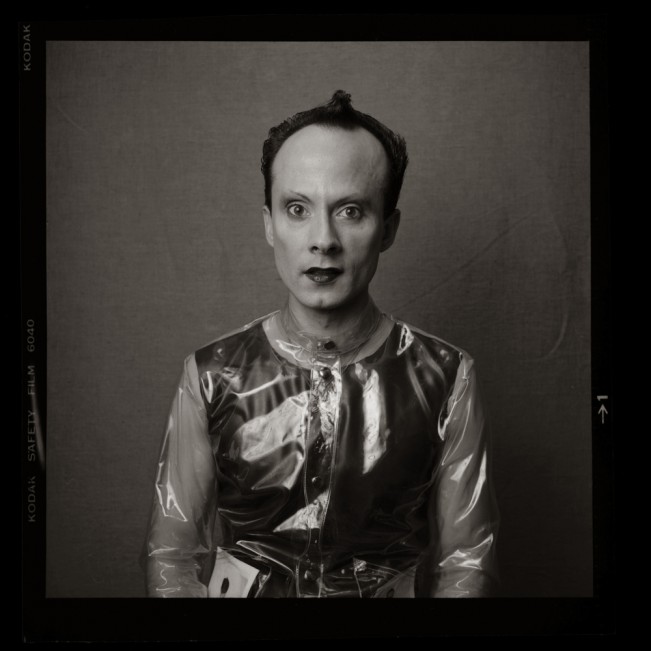 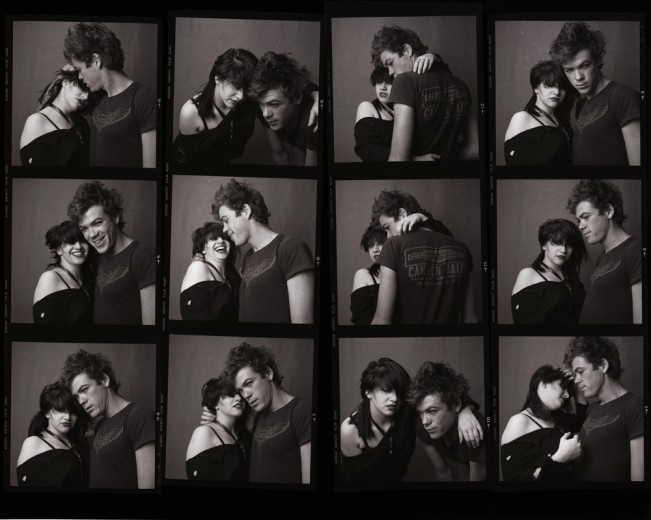 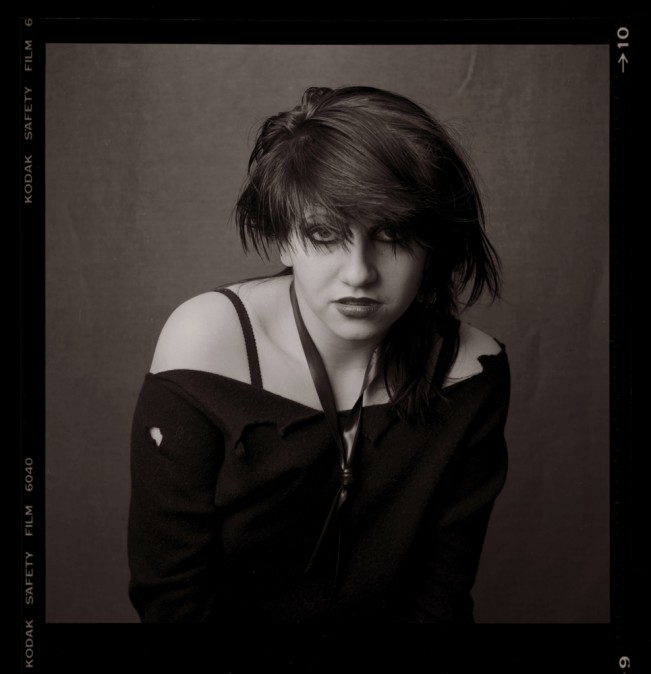 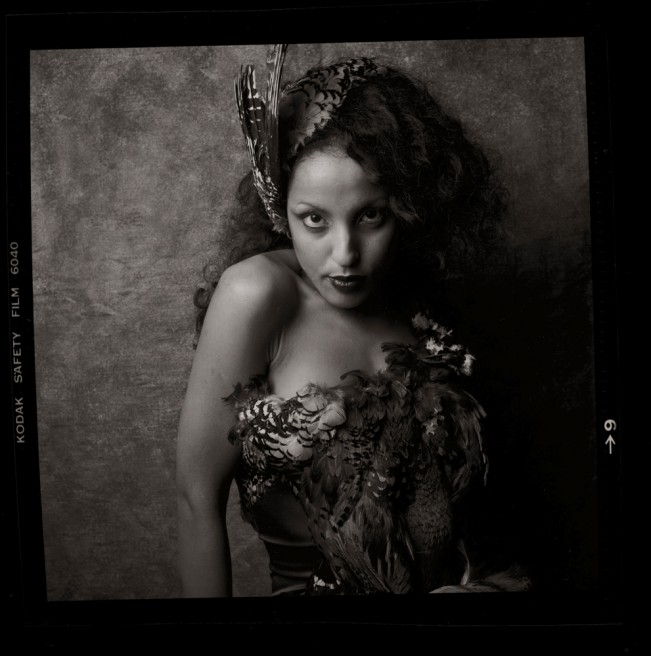 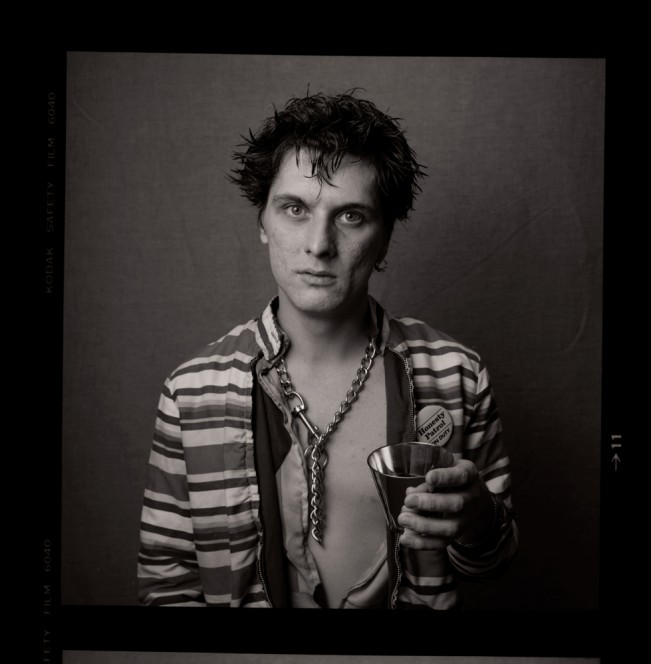 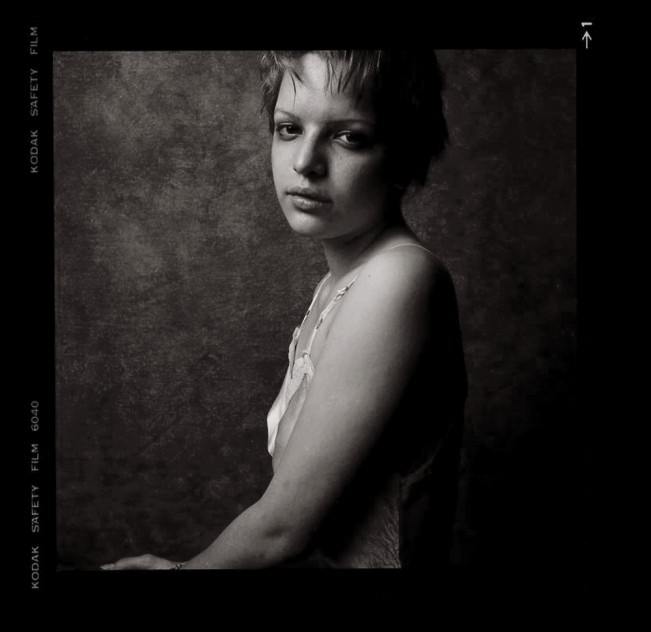 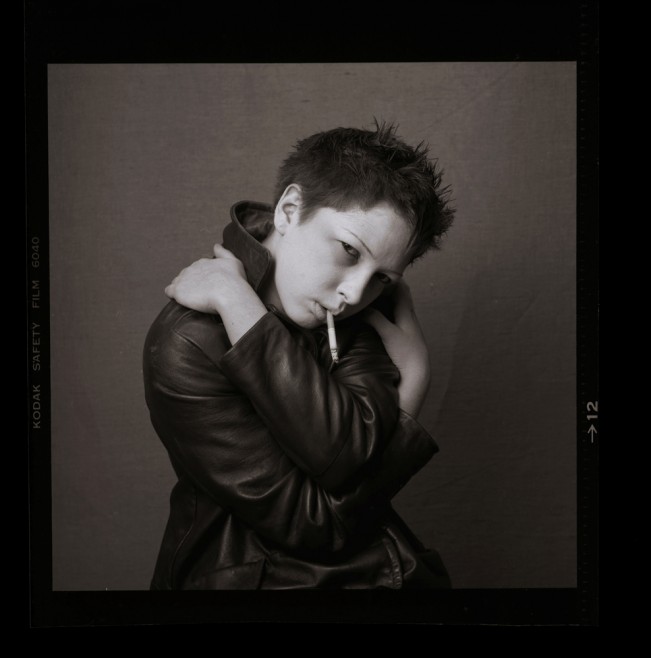 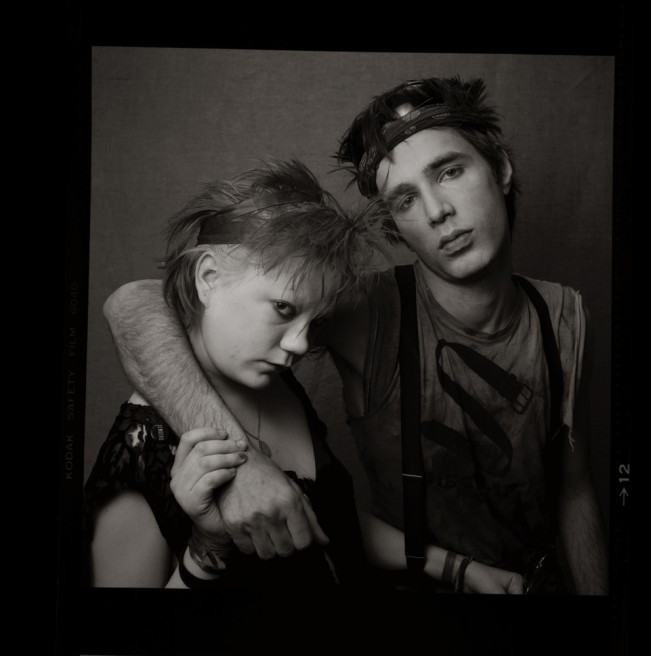 I am a portrait photographer from New York City. I work out of lower Manhattan, near the South Street Seaport.

I became interested in formal studio portraits in 1979 while observing it’s lower Manhattan youth (my peers) and it’s present counter-culture, and decided early on to use a single-light source and simple mottled backdrop, and when I needed to, I would set this up as a portable studio, one highly mobile. This was then used to document global sub-cultures. Many of the projects – referred to as “Social Studies” – became documents of indigenous people. These include projects on Haiti, Australian Aboriginals, Native Americans, Scandinavian Laplanders, Israeli Druzim, Moroccan Berbers, Alaskan Yupik, Spanish Gypsies, Turkish Kurds, Central African Pygmy, and Panamanian Cuna and Chocoe. These projects also included Death Row Inmates, Drag Queens, and Cowboys. Stylistically, they were always photographed formally on the backdrop, and contextually, or environmentally , with 2 1/4 Rolleiflex black and white images, which were meant to be companions to the studio portraits.

In 1992, I was invited to photograph the world’s tribal leaders during Earth Summit, in Rio de Janeiro, Brazil. I was asked by the United Nations and the United States Congress in November of 1994 to exhibit this work in the United States Senate Rotunda, as part of the UN’s Year of the Indigenous People. These are exhibited in large archival IRIS and Inkjet prints.

In addition to this personal work, I have worked extensively in commercial photography and film. I have photographed 15 Time Magazine covers – including portraits of all the Presidents since Richard Nixon. These include the Clinton and Bush Person of the Year covers. This, of course, was done before the internet and blogging era, which effectively made Time Magazine and much of the print media much less significant. Newsweek covers include Michael Ovitz and Jerry Garcia. Rolling Stone Magazine covers include Mick Jagger, George Harrison, Jerry Garcia, and Neil Young. The New York Times Sunday Magazine covers include Secretary of State Shultz and Elie Wiesel and a major investigative article on the Turkish Kurds. I have photographed some of the world’s leaders including Benazir Bhutto, Yasser Arafat, Kofi Annan, and Prince Phillip, and have won several awards through assignments for Esquire, The Washington Post, The Los Angeles Times, People, Details, The Economist, Texas Monthly, Playboy, Forbes, Fortune, and many other international publications. I have completed major advertising campaigns for Nike, Titleist, HP, Rolex, FedEx, Transamerica, Ford, Japan Airlines, Amgen, Searle, Blue/Cross/BlueShield, Apple Computer, Maxell Audio. I have done major corporate campaigns for The Robin Hood Foundation, Merrill/Lynch, The Washington Post Company, Morgan Stanley, Harvard University, The New York Times Company, McDonnell Douglas, and the Johns Hopkins University Hospital. I have an extensive catalog of environmental portrait color images – the collection including numerous celebrities and politicians.

NEXT | Daniel W. Coburn: The Hereditary Estate >
< After Ansel Adams at the Museum of Photographic Arts | PREV