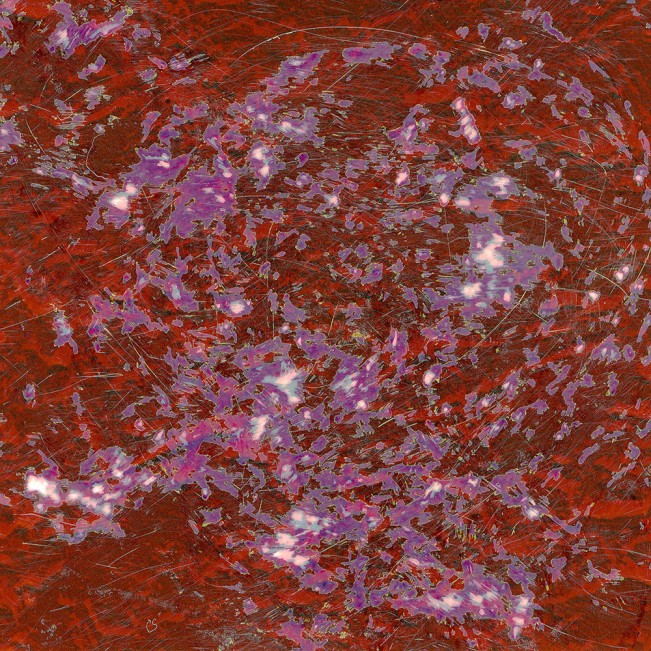 William Miller has a new project looking at the tangible elements of photography: film.  His project, Surface Tension, examines film with a fresh perspective. ” I want to reconsider the traditional process of shooting, processing and printing film. I fold, crumple and slice the film, often randomly, to emphasize its sculptural elements.”  The series follows another project that looks at photographic processes, Ruined Polaroids, where the mistakes of Polaroid film become painterly and beautiful. 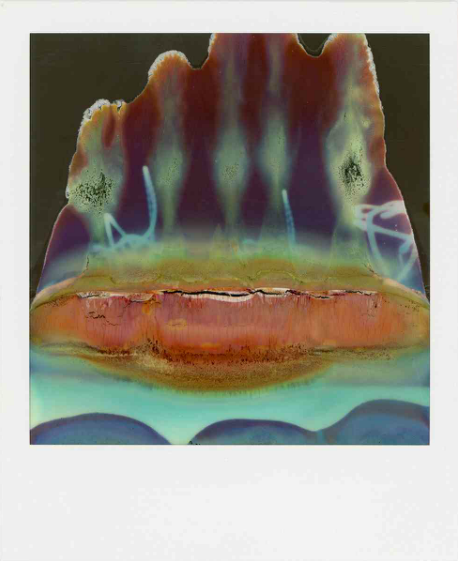 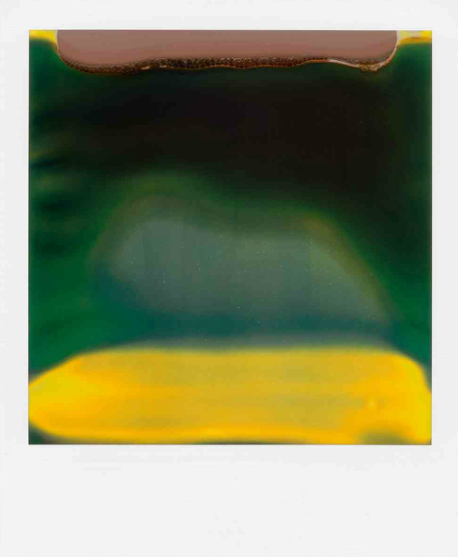 William  is a veteran photojournalist and native New Yorker. Born in 1969 he studied photography at Bard College. His work has appeared in Saveur, Harpers, Paris Match, Spin, GQ, Stern, the New York Post, the Daily News, The Globe and Mail among others and his clients have included the Metropolitan Museum of Art, Human Rights Watch, Mercy Corps, Doctors Without Borders and Sundance Channel. His art photography has also been exhibited around the country and has been featured in the Huffington Post, Daily Mail, Lenscratch, Hyperallergic, Feature Shoot, El Pais and won the 2011 Celeste Prize for Photography.

As a photographer who grew up in the 70’s and 80’s, I developed a great reverence for film.  It’s therefore odd for me to find myself destroying 100 rolls of 120 color negative film from an abandoned photographic project. In the project I’m destroying, I photographed seemingly blank walls looking for shapes and patterns barely visible to the naked eye. I scanned the negatives digitally and raised the contrast to reveal the hidden subtle forms. I became frustrated with the process of scanning film to digital.  The files were filled with digital quirks and flaws that brought out physical characteristics of the negatives rather than the photographs. It occurred to me to follow that route and show the negative almost exclusively.

The film is the vehicle for our images. We carefully clean off the dust and avoid fingerprints and scratches. We want the surface of our negatives to be silent. I want to reconsider the traditional process of shooting, processing and printing film. I fold, crumple and slice the film, often randomly, to emphasize its sculptural elements. I make these fractures interrupt the frames of the images trapped in the film’s emulsion like a fly in amber. I’m making the old project participate in it’s own destruction and rebirth this time as an image and an object. I’m using the flatbed scanner that failed me in the abandoned project to photograph the film again. The film’s surface reflects the illuminating digital eye of the scanner back into itself, conveying the experience of being seen. 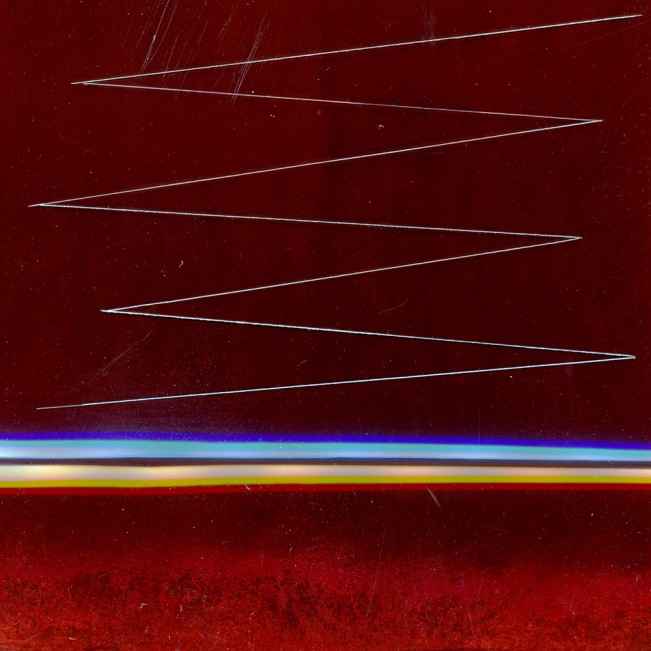 An image captured on film, destined never to be seen and made useless for traditional printing, has had it’s purpose subverted. However, being freed from photographic concerns, it’s released from intentions, expectations and the shackles of memory. 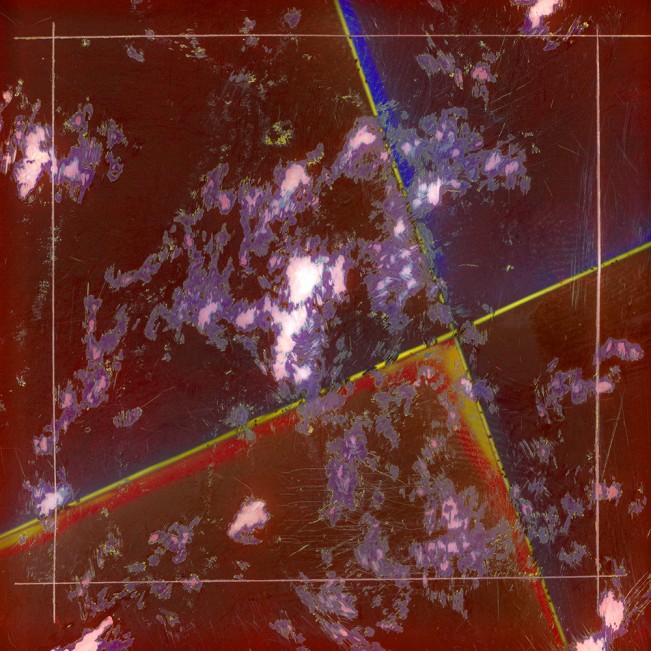 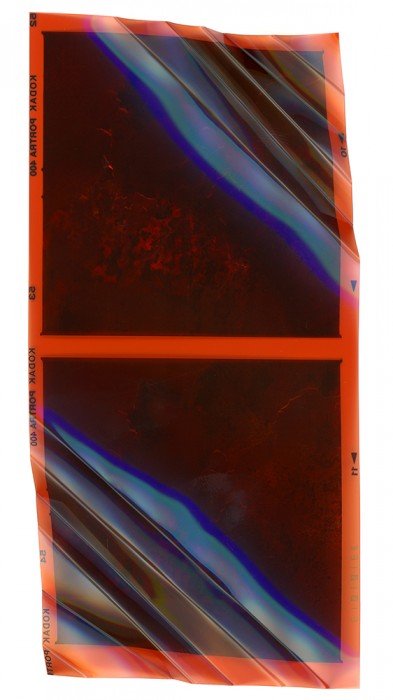 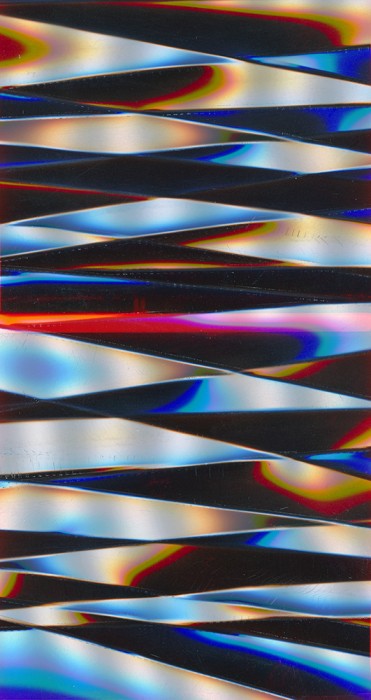 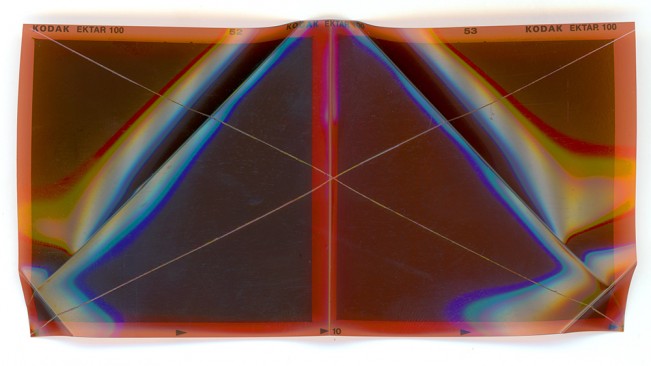 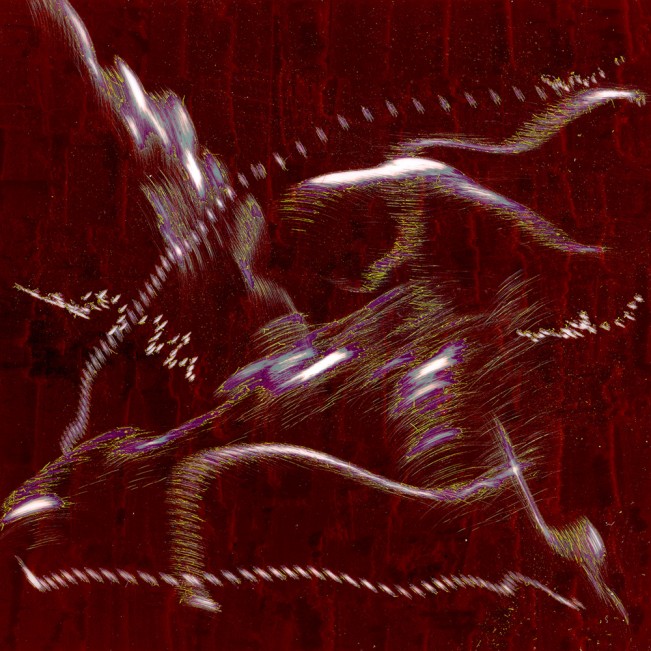 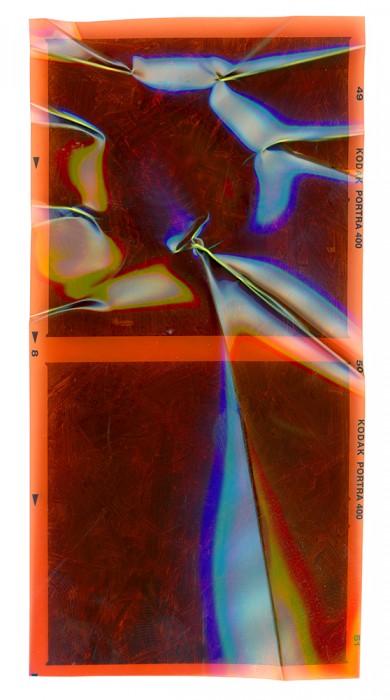 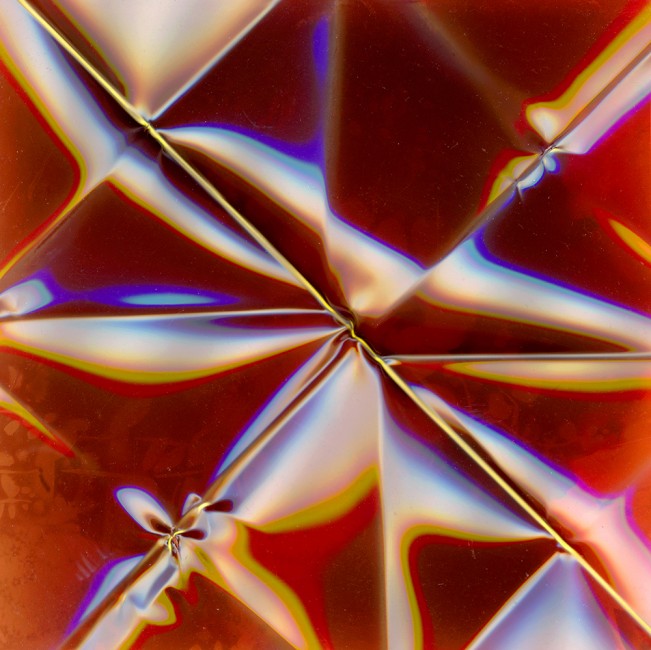 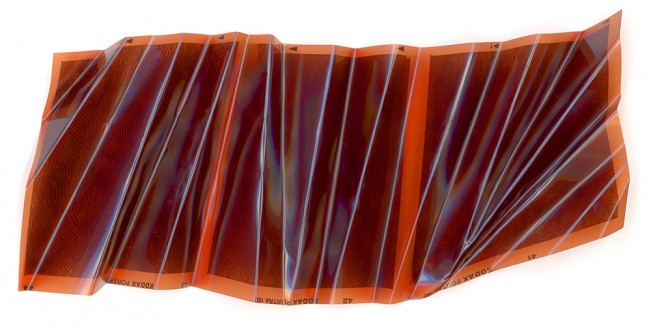 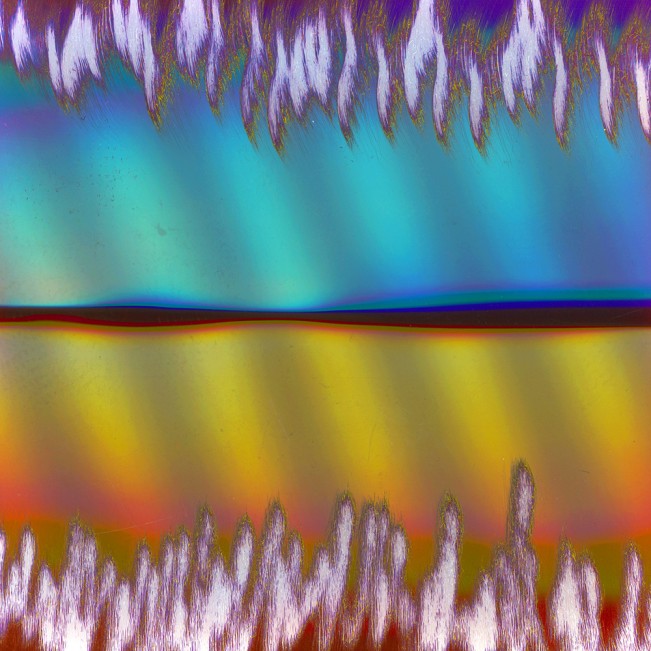