Looking at work from PhotoNOLA…. 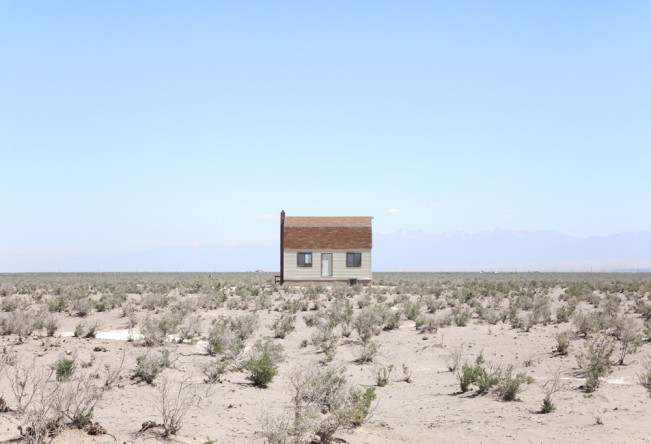 I first met Ben Marcin two years ago, when I reviewed his insightful projects at PhotoNOLA dealing with where we live.  His series, Last House Standing, went viral after I posted it and the project has been exhibited and published around the globe.  Ben’s images of free standing Baltimore row houses struck a chord with viewers. 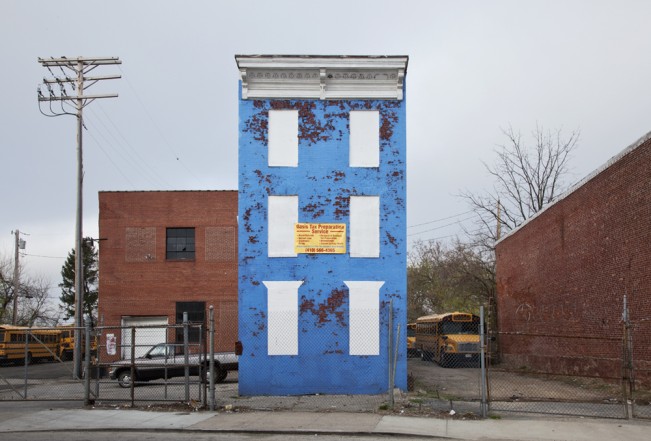 The majority of Ben’s work revolves around the examination of architecture, structure, and shelter and for this round of the 2014 PhotoNOLA reviews he brought two new projects, Out West and Towers.  I will feature Out West today and Towers tomorrow. Ben creates typologies of architecture that allows us to compare and contrast not only the built environment, but the lifestyle and landscape that surrounds our domestic environment.

Ben was born in Augsburg, Germany and most of his photographic essays explore the idea of home and the passing of time. His photographs have been shown at a number of national galleries and venues including the Delaware Art Museum; The Griffin Museum of Photography in Winchester, MA; The Center For Fine Art Photography in Ft. Collins, CO; The Corden | Potts Gallery in San Francisco and the Houston Center for Photography. Last House Standing (And Other Stories) was featured in a 2014 solo exhibit at the C. Grimaldis Gallery in Baltimore, where he is currently represented. His work is also held in several public collections including the Baltimore Museum of Art. Last House Standing and The Camps have received wide press both nationally and abroad (The Paris Review, iGnant, La Repubblica, Slate, Wired Magazine). 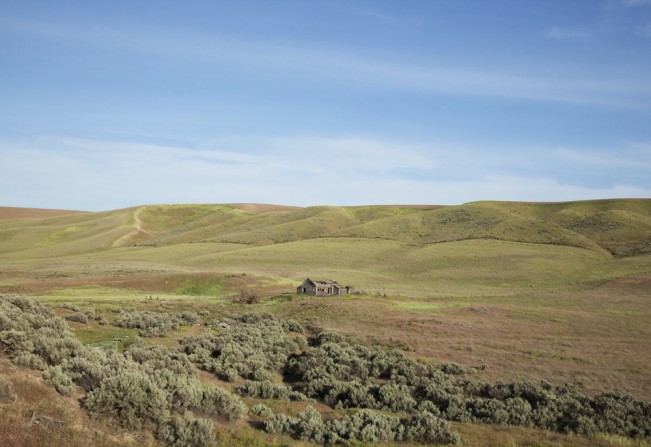 The prairie houses in Out West were originally built after the Civil War continuing into the early part of the 20th century. During this time, the development of the railroad across this vast expanse, along with a surprisingly decent climate, created something of a farming boom. This all ended with the Dust Bowl of the 1930s, a calamity caused by an unfortunate combination of record droughts and improper farming techniques. The houses I photographed are the remnants of this period in history.

Unlike the row houses of Last House Standing, structures that were originally packed into very dense urban neighborhoods, the houses of Out West were built by people determined to seek a destiny in almost complete isolation. Despite their very different origins, both types of houses would eventually meet the same fate. While the prairie houses and their surrounding environment are remarkably austere, there is also present an almost otherworldly serenity that must have given hope to a landowner now long gone. 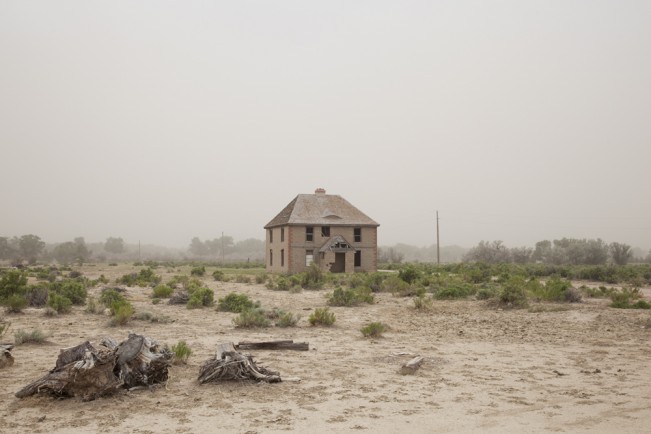 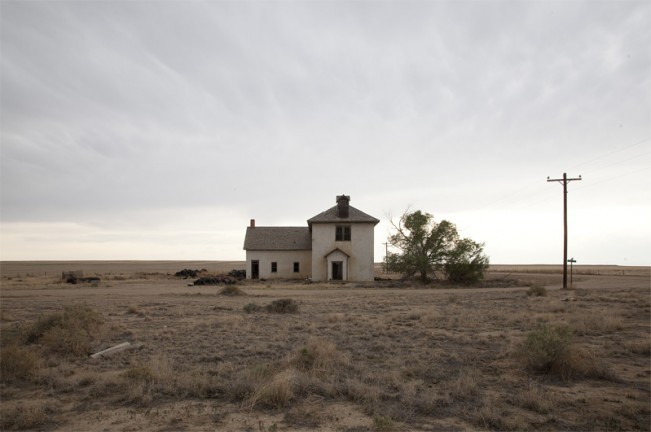 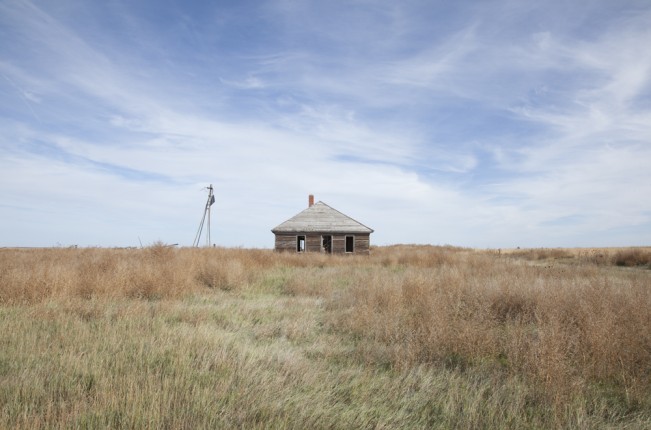 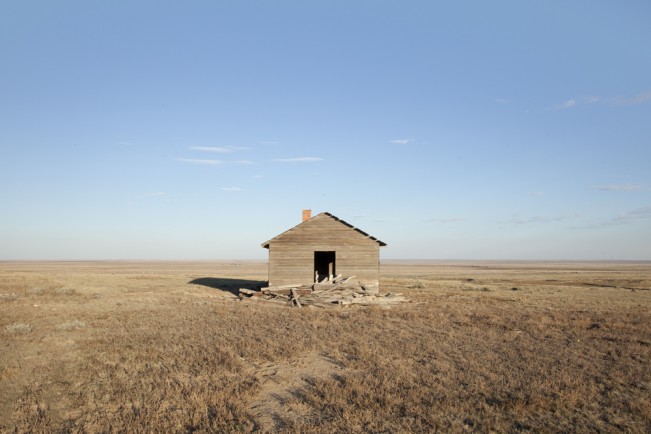 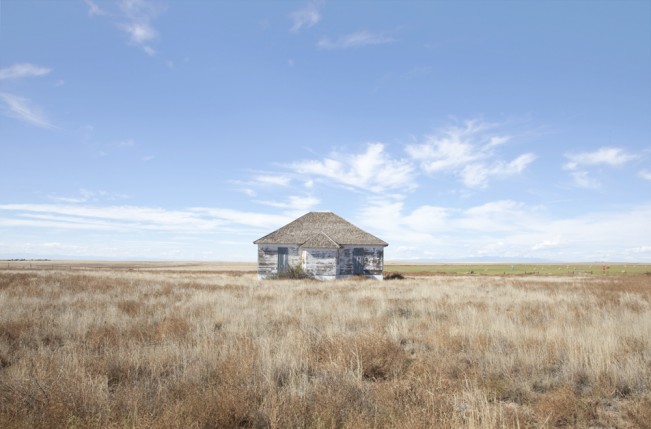 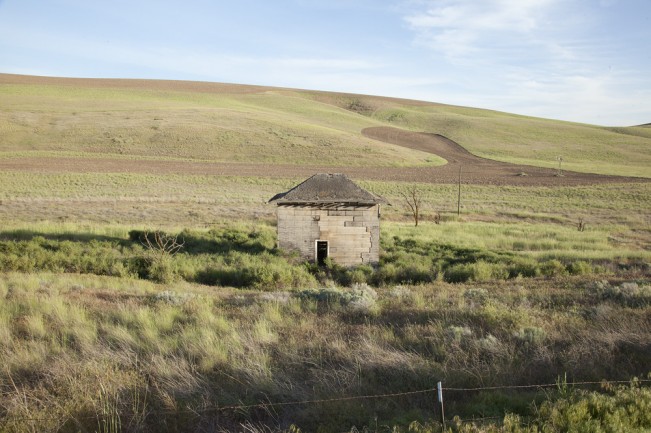 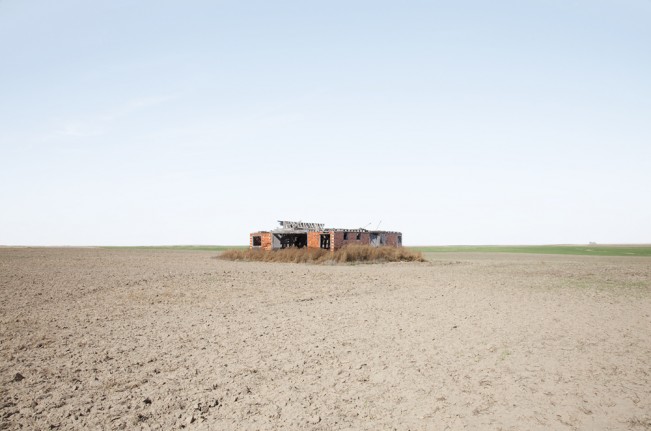 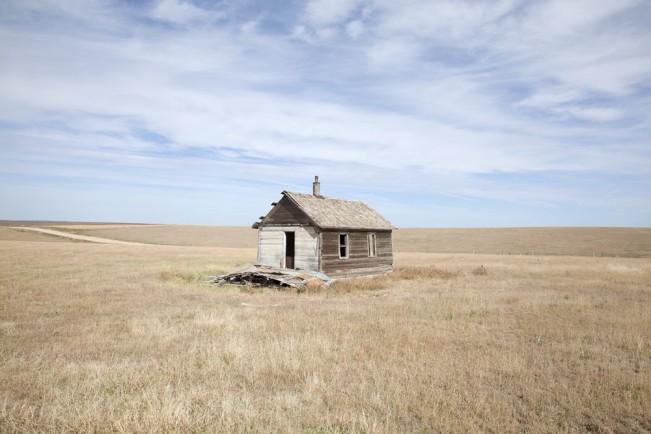 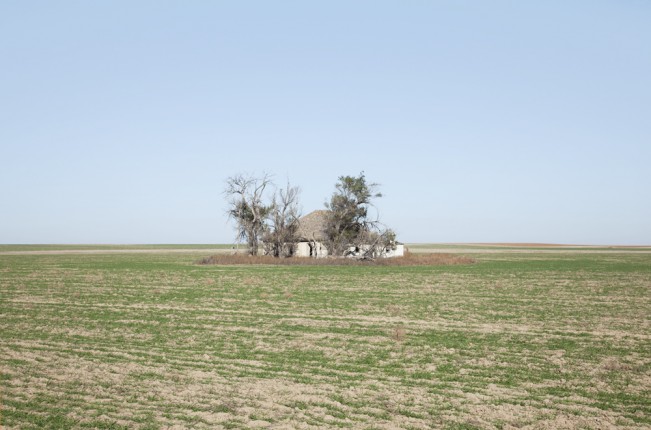 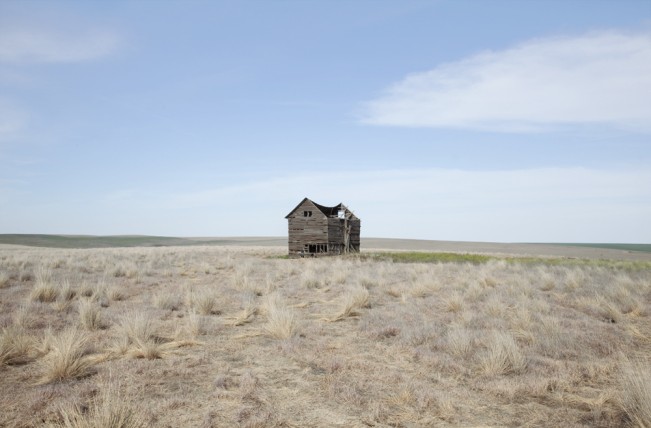 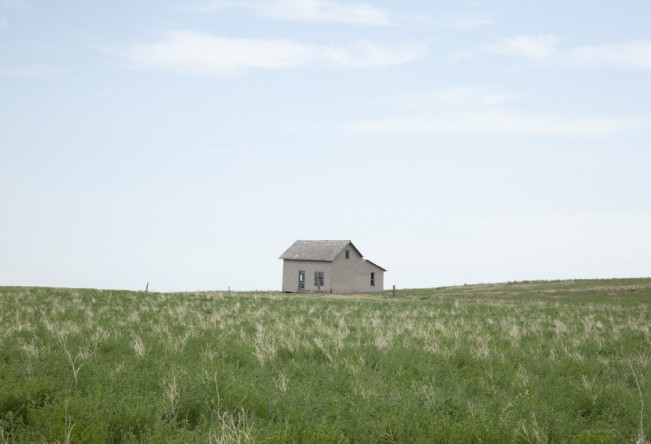 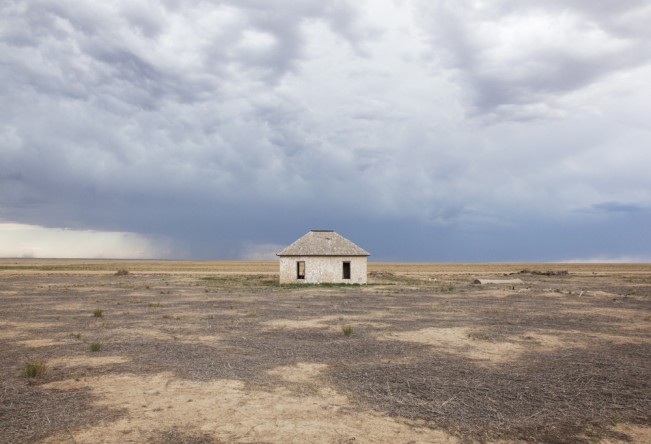 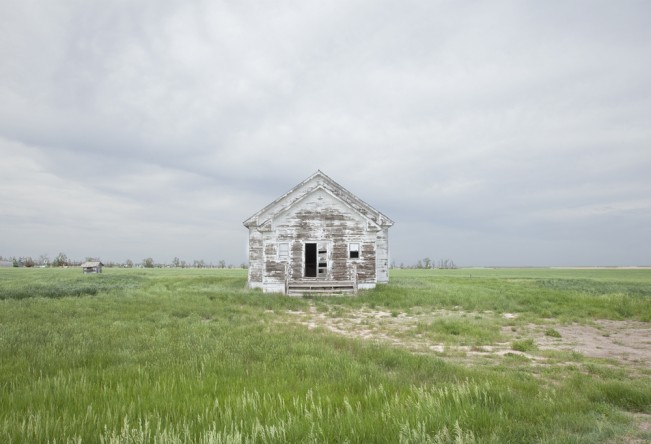 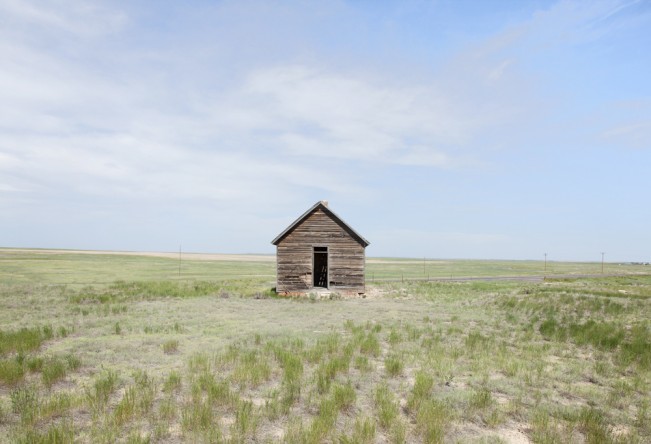 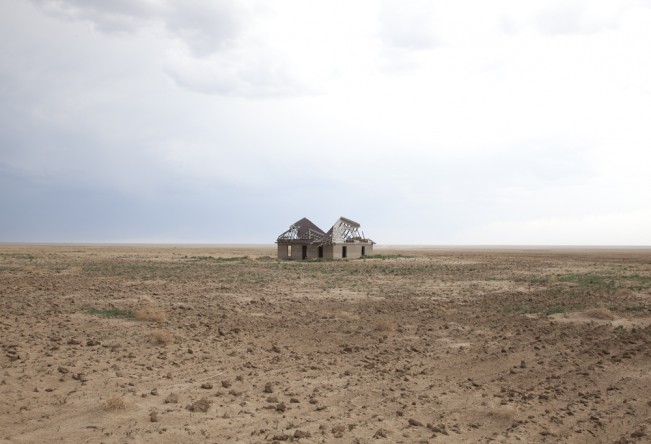 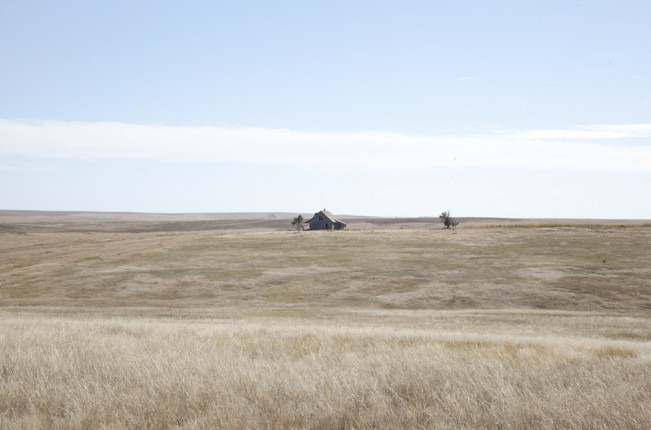