Looking at work seen at PhotoNOLA… 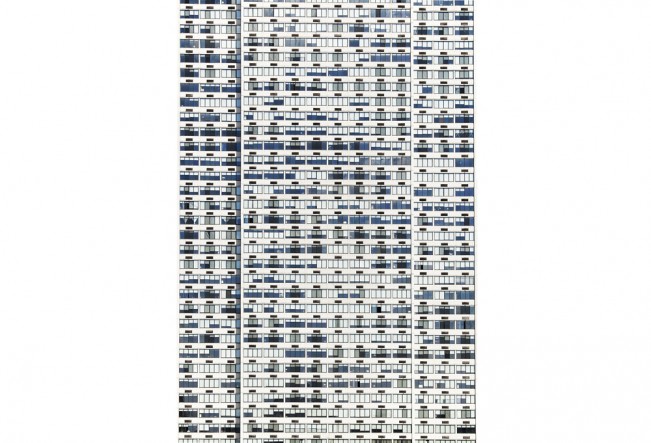 I am featuring Ben Marcin’s second series, Towers, that he shared at the PhotoNOLA reviews. For this project he gives us a new perspective, creating graphic and stripped down interpretations of vertical living.

Ben was born in Augsburg, Germany and most of his photographic essays explore the idea of home and the passing of time. His photographs have been shown at a number of national galleries and venues including the Delaware Art Museum; The Griffin Museum of Photography in Winchester, MA; The Center For Fine Art Photography in Ft. Collins, CO; The Corden | Potts Gallery in San Francisco and the Houston Center for Photography. Last House Standing (And Other Stories) was featured in a 2014 solo exhibit at the C. Grimaldis Gallery in Baltimore, where he is currently represented. His work is also held in several public collections including the Baltimore Museum of Art. Last House Standing and The Camps  have received wide press both nationally and abroad (The Paris Review, iGnant, La Repubblica, Slate, Wired Magazine). 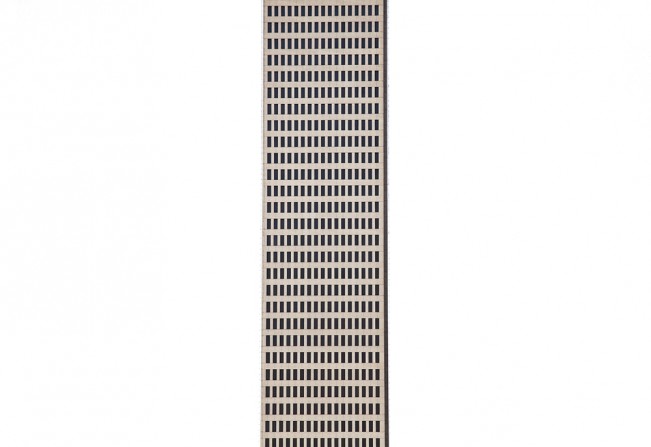 Towers is a study of apartment high-rises and skyscrapers, taken from a distance and presented in such a way as to portray both a sense of human power and isolation. I tried to capture not only the architectural beauty of these structures but also their eerie impersonality when looked at from a certain vantage point, like honeycombs with their relentless patterns of steel and windows. I climbed to the tops of parking garages or walked out onto elevated freeways to position myself for many of these photographs. At other times, I was able to establish a vantage point up to half a mile away although I don’t normally have that kind of space to work with. I deliberately removed any traces of sky to emphasize the solitude of these buildings. In contrast to the isolated rural homes and city row houses that I often photograph – where personality and individualism predominate – the urban towers exist at a kind of emotionless macro level, exuding a sense of awe; a world where hundreds, if not thousands, of people work and live. 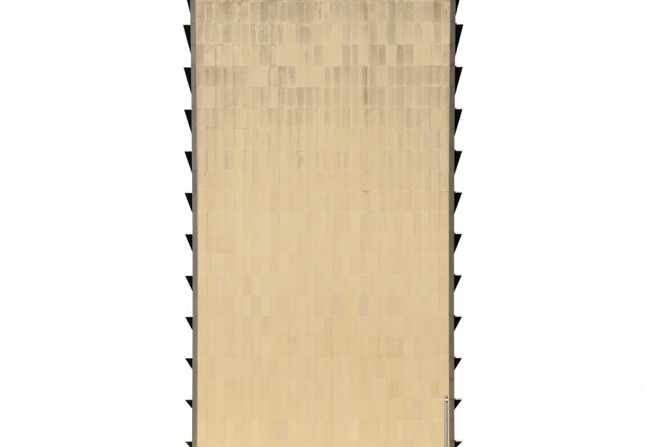 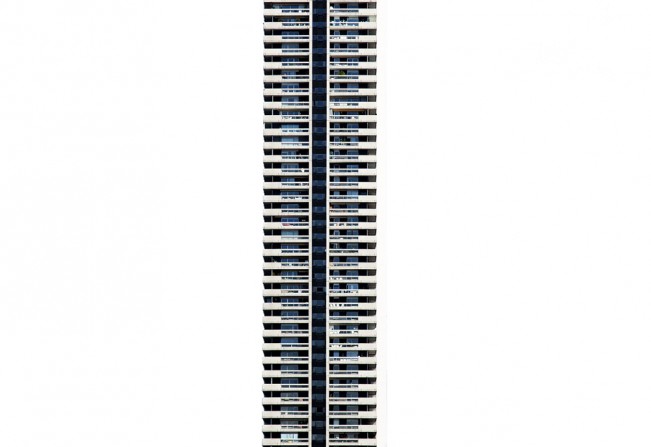 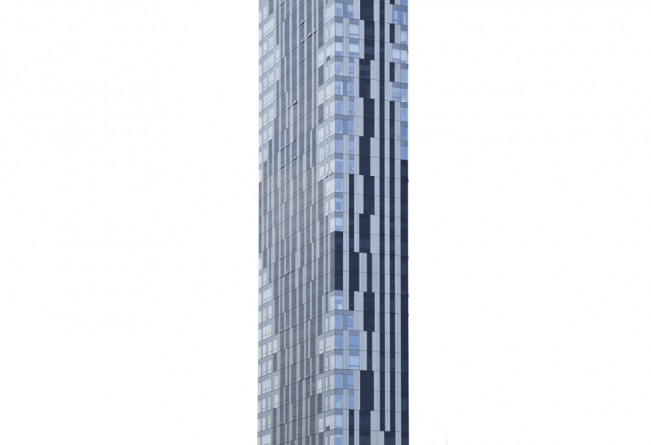 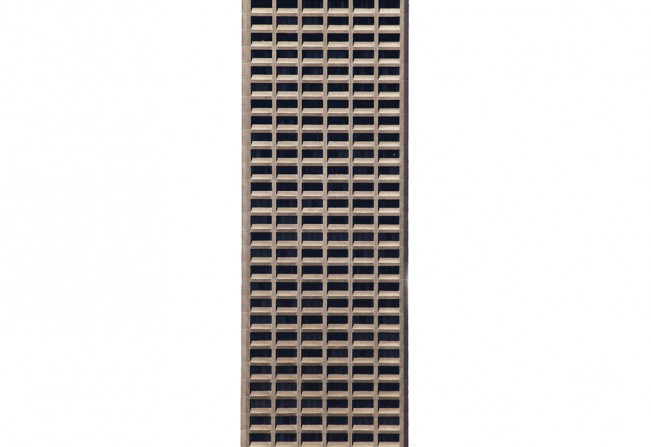 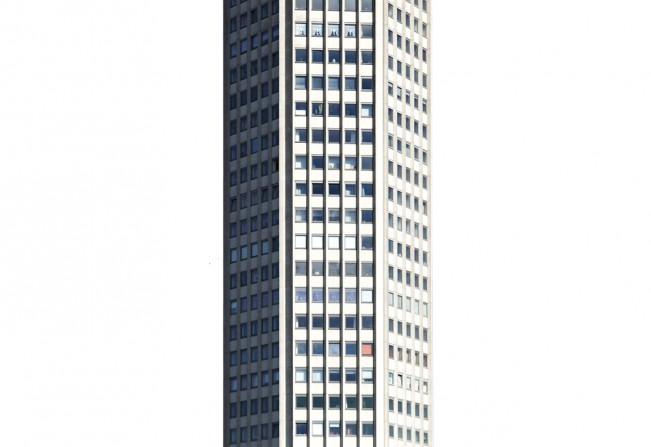 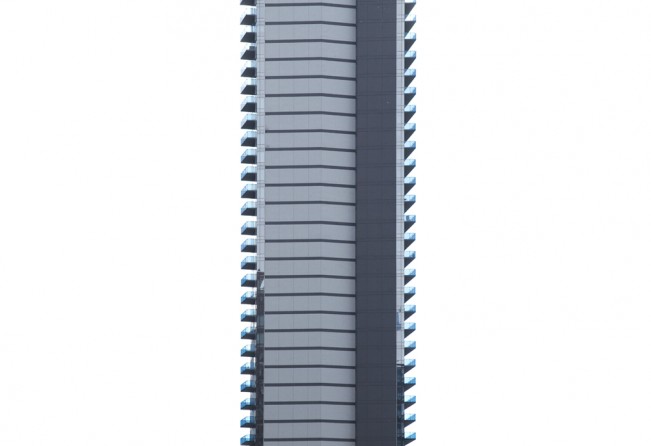 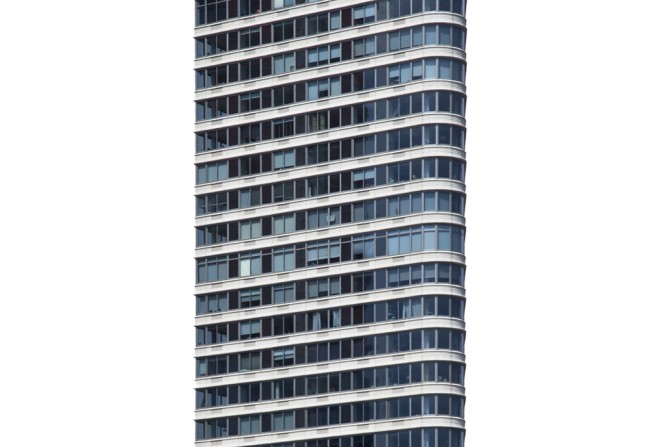 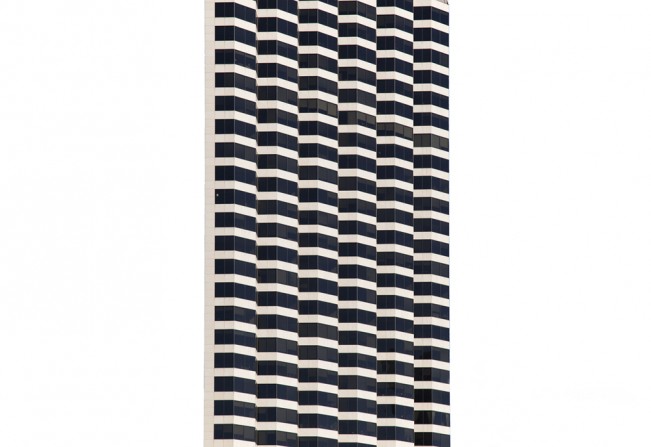 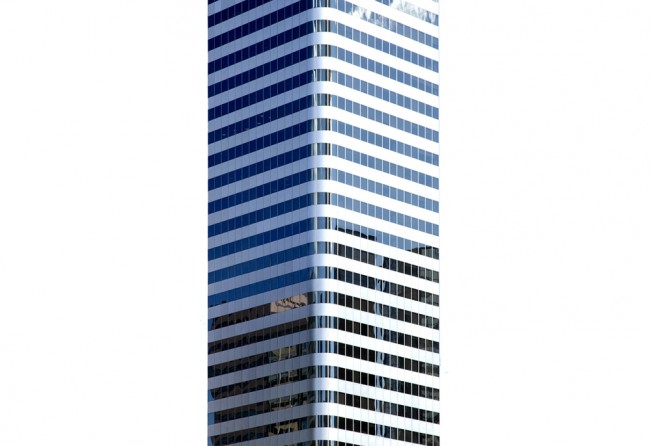 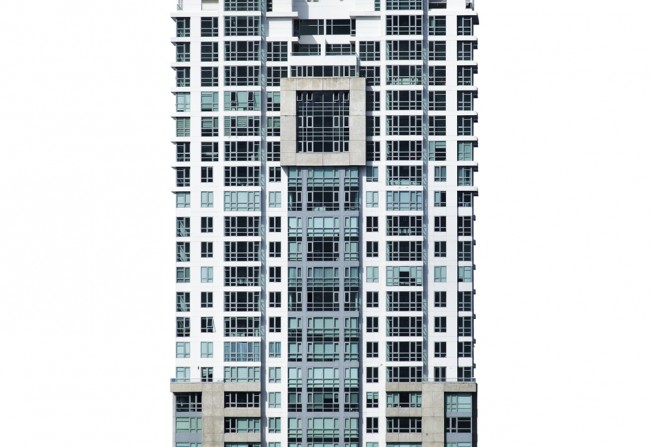 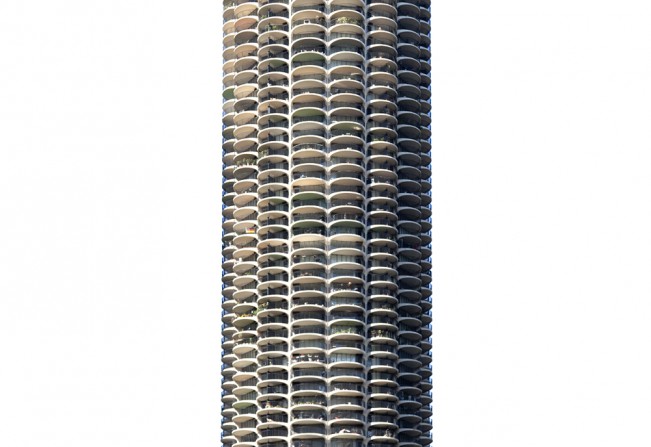 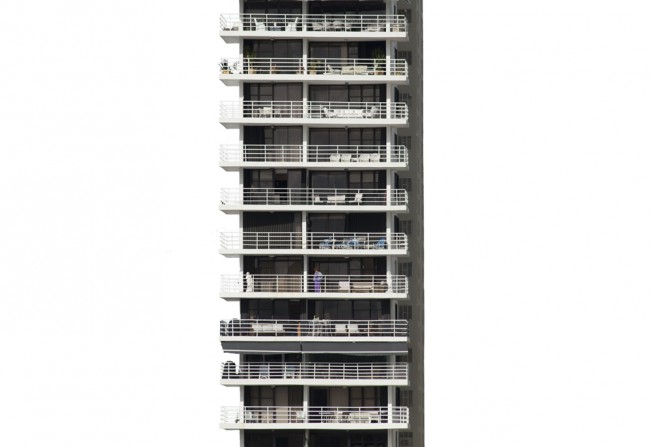 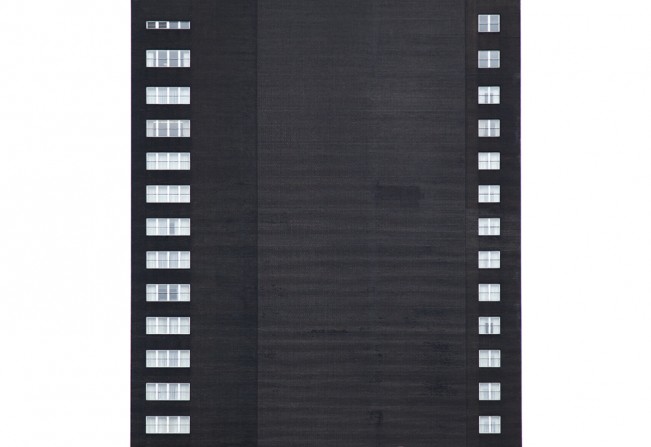