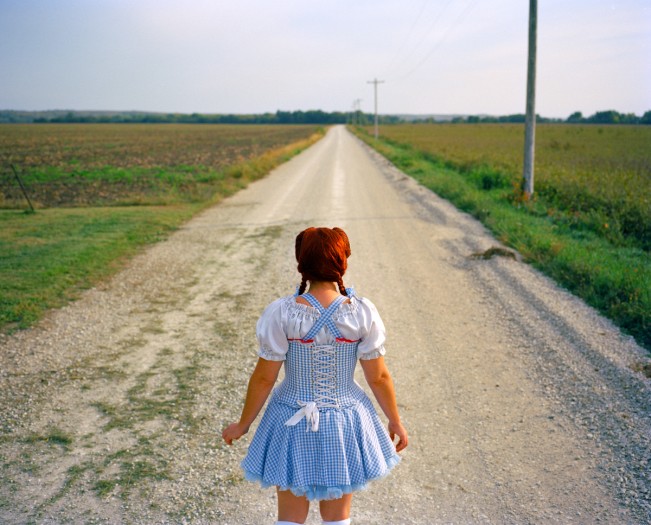 Photographer Simone Lueck has been creating work about perceived identity for some time.  Her project, The Once and Future Queens, examined women who continued to seek the spotlight long after the curtain closed; the project was exhibited around the globe to much acclaim.  She has a new body of work, American Movie, that again takes a look at perceived identities through movies using various approaches to her investigation. The first revisits places and characters in movies at locations that claim a connection to a film, and with the second, Simone conducted casting calls on both coasts for “types” that resulted in a fascinating look at our peceived selves. She shares the results like a visual anthropologist, without judgement and with a quality of curiosity and compassion.  Simone recently opened an exhibition of this work at the Kopeikin Gallery in Los Angeles that will run through February 28, 2015.

Simone grew up in St. Paul, Minnesota and received a Masters in Fine Art from the University of California at San Diego. She currently lives and works in Brooklyn, New York. Lueck’s debut show The Once and Future Queens has travelled to Europe for institutional solo shows at Musée de la Photographie (Charleroi, Belgium), and Open Eye Gallery (Liverpool, UK). Simone’s book Cuba TV was published by Mark Batty Publishers, Random House. Lueck’s self-published book Pictures From the Beach is in the collection of the Princeton University Art Museum. Lueck’s work has been included in art fairs in London, New York, Chicago and Miami. Her photography is often featured in contemporary art and culture publications including Juxtapoz and Eyemazing: The New Collectible Art Photography. 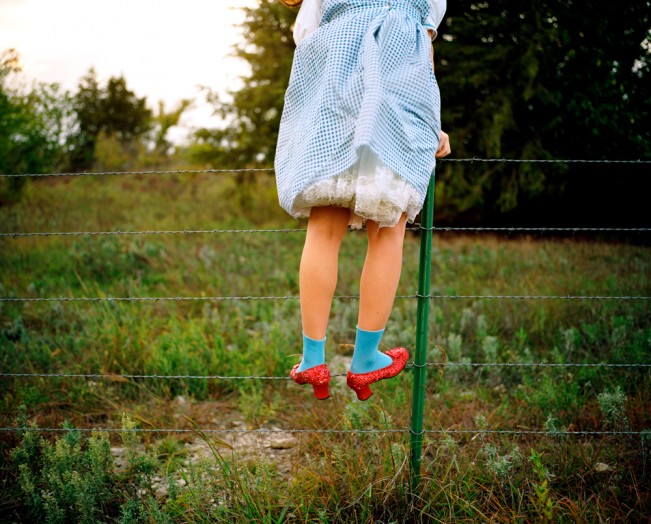 These pictures were made in Wamego, KS, pop. 4,372. Wamego claims to be the original home of Dorothy Gale.  It has a Wizard of Oz Museum that hosts a yearly OZ celebration. During the festival, I held a casting call and four people showed up. I found Emily there, who was in a community theater production of The Wizard of Oz. 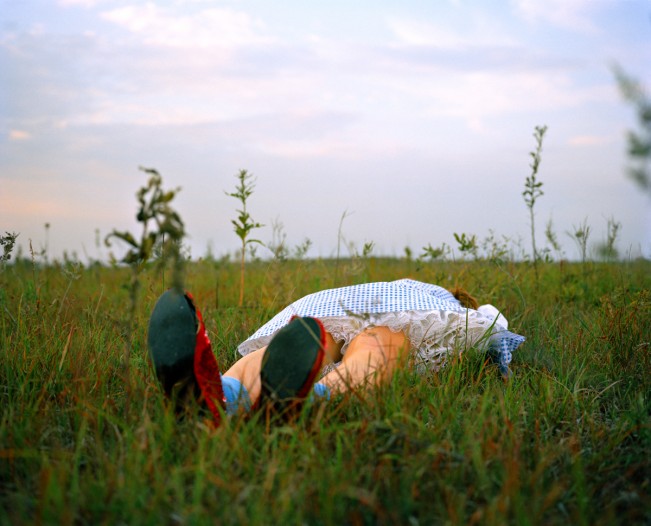 American Movie includes a collection of casting calls. Working in various locations across the U.S.A. and in Berlin, I held open casting calls for familiar characters, simply to see who would show up. How a person reacts to a casting call tells us a lot about how they imagine themselves in a given roll-in other words, how the person and the roll intersect within their fantasy. An example: I found a fantastic vintage dress in a secondhand store-a Diane von Furstenberg number of fine wool and festive fuschia-it was love at first sight. The problem: it was two sizes too small. I tried it on anyway, because it’s the stuff that dreams are made of. It fit almost perfectly, except that it was a bit tight in the rear. Upon buying the beautiful thing, I told the cashier that I thought I could make it work if I wore Spanx-or lost five pounds. And still I remain hopeful. Because, after all, tomorrow is another day.

The right casting call is like the right DVF vintage dress: it is an offer your fantasies can’t let you refuse.
And what’s the harm in trying? 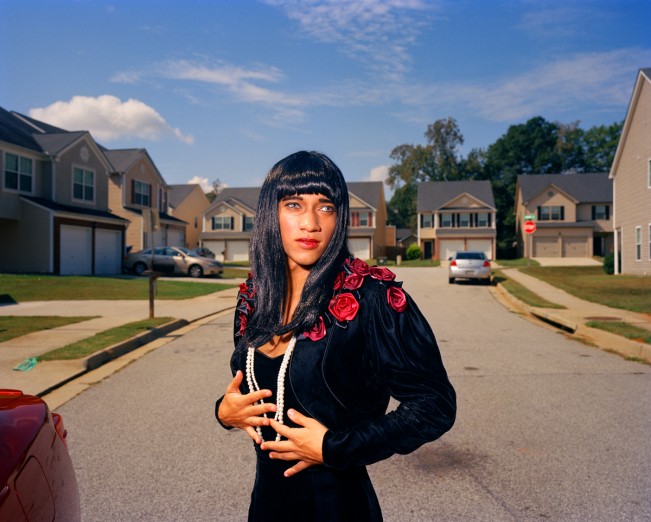 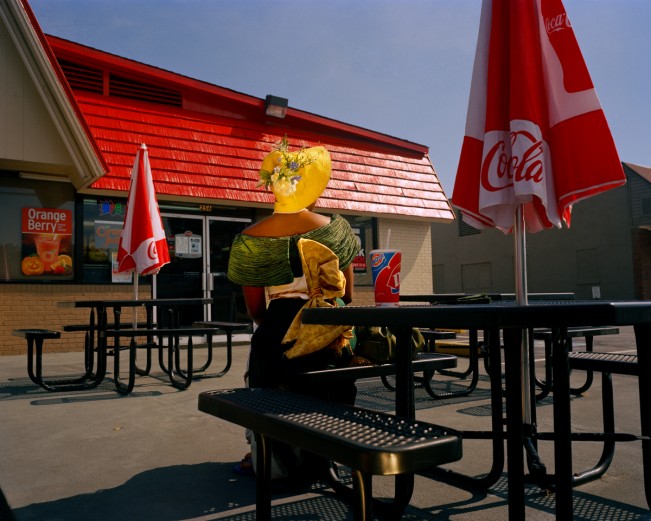 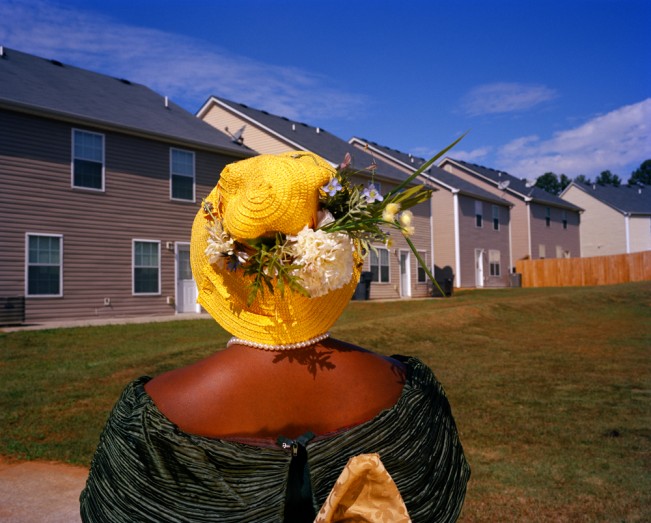 I selected Cree and Matthew from the Atlanta screen test for Scarlett O’Hara. The shoot location is at the former site of Margaret Mitchell’s grandmother’s plantation, on which Tara is based. The neighborhood is now called Gable Terrace. 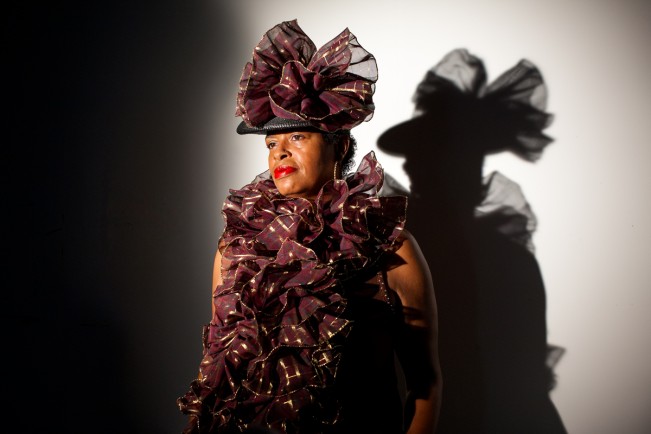 The video screen tests mimic the original format of David O Selznick’s 1939 search for Scarlett in that each person is asked to perform same line “I love you.” The piece features 26 local residents of Atlanta. 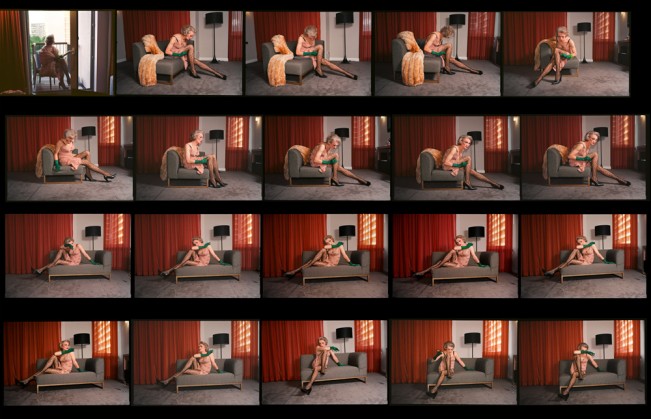 When I did a casting call for Marlene Dietrich in Berlin, only one person replied, a drag queen named Punchkin. For the shoot, we re-created a vintage photo shoot by Hollywood photographer Milton Greene and Marlene Dietrich.

THE FOLLOWING 3 “GLAMOUR GIRLS” GRIDS WERE CREATED FROM HEADSHOTS OF THOSE THAT SHOWED UP FOR AN NYC AND LA CASTING CALL FOR: BOMBSHELL BLONDES, BUXOME BRUNETTES AND FIERY REDHEADS

Glamour Girls (Most Likely to get the Lion’s Share of Wolf Whistles), 2014 ©Simone Lueck

“There is no stock image or instant recipe for this special quality of appealing to the opposite sex. The old fashioned version of the siren and the present-day picture of the Hollywood sex queen will get you nowhere, personally. Today, the girl most apt to get the lion’s share of wolf whistles has a completely natural, feminine look.” – Kaufman, Evalyn Top Secretsof Figure Beauty: 1965

“Something can look beautiful just because it’s different in some way from the other things around it. One red petunia in a window box will look very beautiful if all the rest of them are white, and vice-versa.” – Andy Warhol 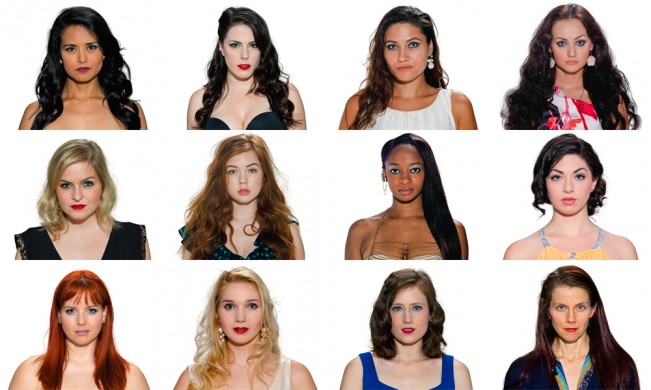 “The eyes have always had it, and women used to use them much more eloquently. Learn to use your eyes… Be judicious with eye shadow, mascara, eyeliner. He wants to see the color of your eyes – not all the colors in your makeup kit.” – Evalyn Kaufman,Top Secrets of Figure Beauty: 1965 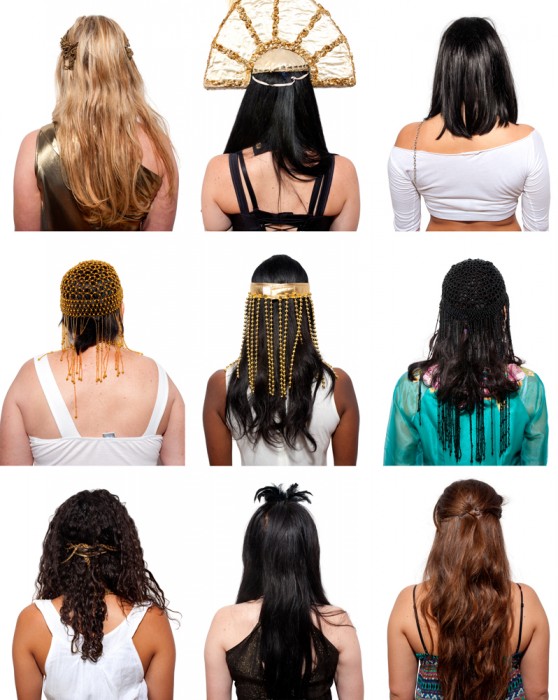 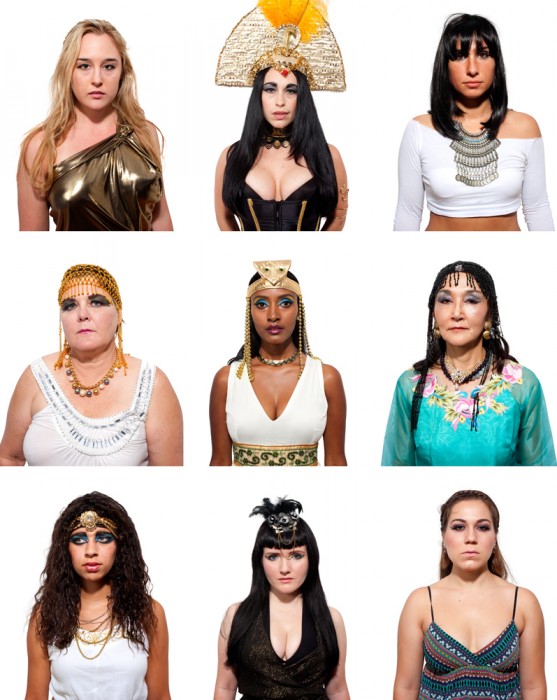 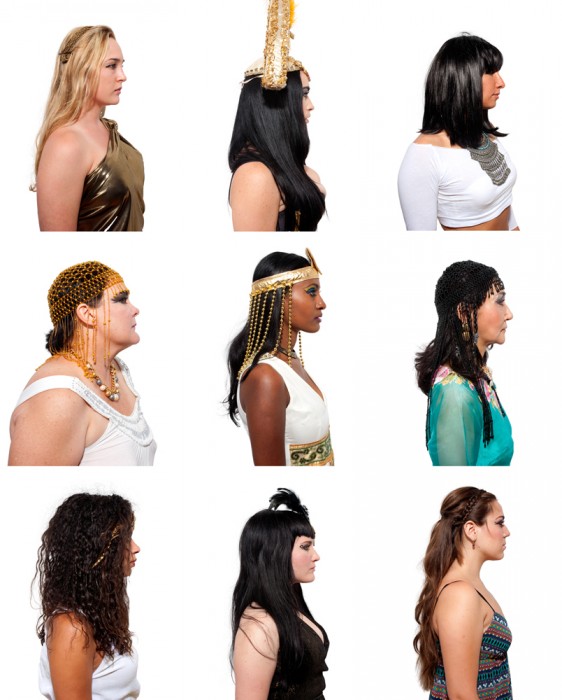 This was an open casting call for Cleopatra. Each person arrived in their own version of the Queen, including hair, makeup and wardrobe.