Melinda Rose: Of the Rising Tide by Aline SmithsonJuly 19, 2015 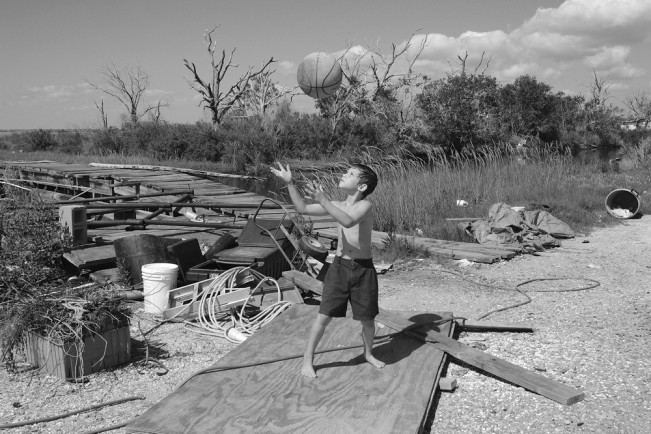 I had the great pleasure to meet Melinda Rose and see her work at PhotoNOLA last December. Melinda brought poignant black and white documentary work focused on the Bayou Community of Isle de Jean Charles in Lousiana. As the 10-year anniversary of Hurricane Katrina approaches, her project with be celebrated in a solo exhibition, Of the Rising Tide: A Photo Essay on the Vanishing Bayou Community of Isle de Jean Charles at the Scott Edwards Gallery in New Orleans, running through October 11th, 2015. The exhibition has been featured in The New Orleans Advocate as well as on New Orleans public television station, WYES. Her new book, Of the Rising Tide, is available for purchase from Scott Edwards Gallery. 30% of all print and book sales go to a Children’s Gardening Program on the Isle de Jean Charles.

Melinda was enjoying a long and productive career as a teacher when the world of documentary photography swept her up, carrying her and her camera into remote regions, and inner city enclaves throughout the United States. Shortly after earning her BFA in Fine Arts/Photography Melinda continued roving around the country, teaching art and photography to children. She has lived and worked with Lakota children on Pine Ridge Indian Reservation, African American children in Inner City Durham, NC, and a Puerto Rican community in Allentown, Pennsylvania.Melinda’s work has shown on all “three” Coasts, and she has been awarded numerous grants, including Ilford Corporation, Puffin Foundation Ltd. and The New Orleans Jazz and Heritage Foundation. 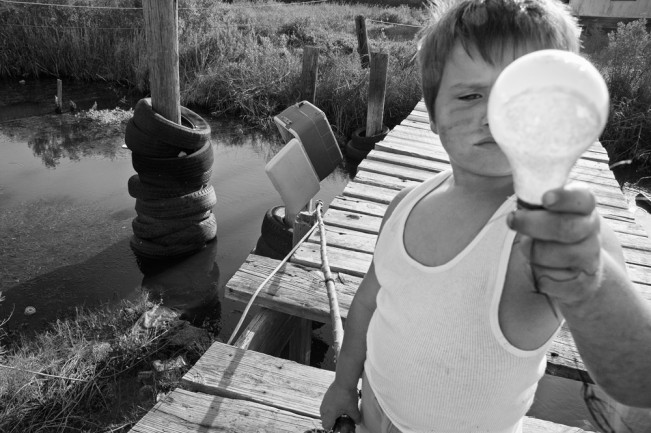 Caught Ya a Lightbulb ©Melinda Rose

Of the Rising Tide:
The Life and Times of a Vanishing Bayou Community

Somewhere…down in the forgotten reaches of the Louisiana marshes, a community clings tenaciously to what remains of its homeland. “Isle de Jean Charles,” is a fragile, finger-like Island, attached to the mainland by a narrow two mile-long road. A good steady wind could leave you trapped on the Island for days.

Enter the hurricanes…vicious storms with sweet sounding names like Katrina and Rita swallow up this Island again and again, each time ripping up more lives and eroding away more of the Island’s land mass. “Oh we’re used to hurricanes alright,” says Chris Brunet, who is raising his orphaned niece and nephew from a wheelchair. “But since the ’50s, our barrier Islands have been eroding away…and now the salt water rushes right in and kills just about everything.” 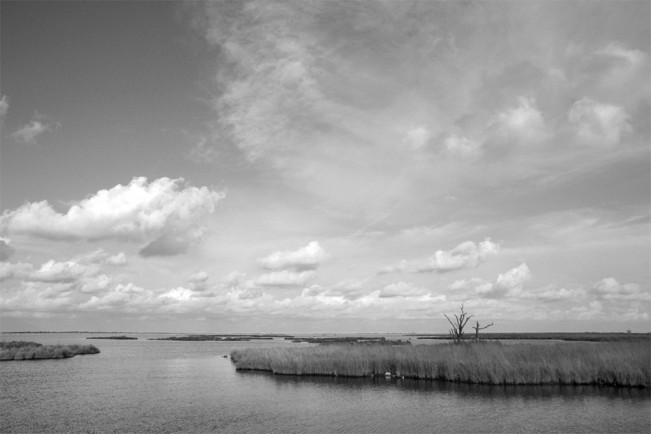 Chris is one of 40 remaining Islanders, all descendants of the Choctaw- Chitimacha Indian tribes. These Native Americans have inhabited a once-thriving Gulf community for more than a Century. The elders share stories of a once-lush prairie land textured with a variety of trees, including fig, pecan, and persimmons. Today the horizon is left to tend the hauntingly beautiful remains of mighty oaks and bald cypress, their lonely bleached-out bones rising defiantly out of the soggy marshes.

The people of this battered and broken Island are living on borrowed time. And, as if they haven’t suffered enough, the massive BP oil disaster managed to strip all of the Island’s commercial fishermen of the only livelihood they’ve ever known. 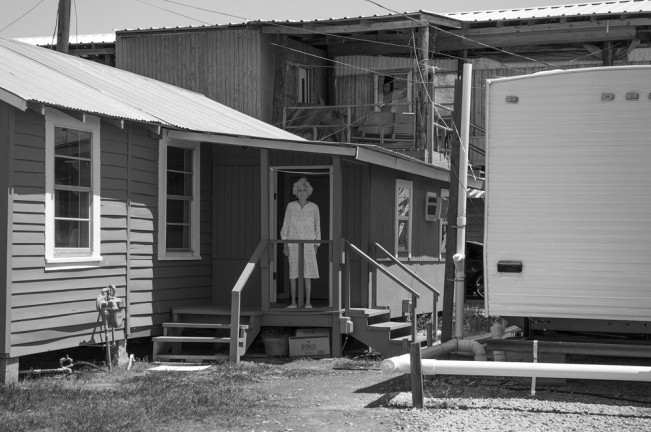 I Will Live and Die in My OWN Home ©Melinda Rose

Yet, somehow, these gritty and determined people of Isle de Jean Charles continue to live out their lives. The children frolic and play on the new levee. The men take their boats out on the Gulf. Families of three generations come together on a swelteringly hot Sunday afternoon. And life goes on…for now. 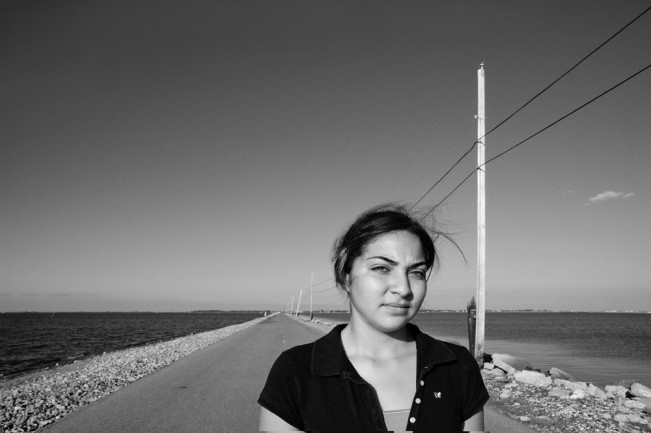 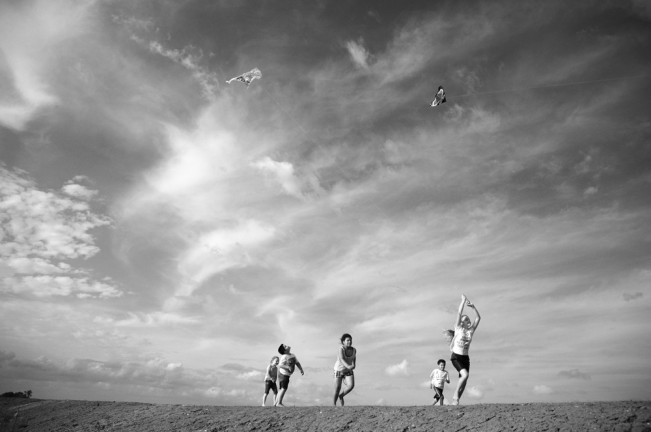 Kites Over the Levee ©Melinda Rose 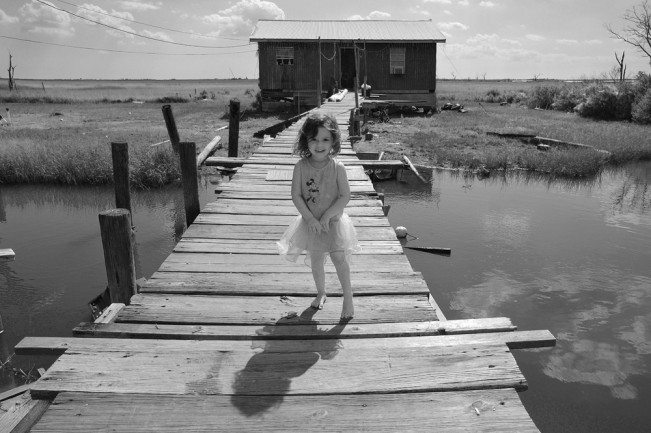 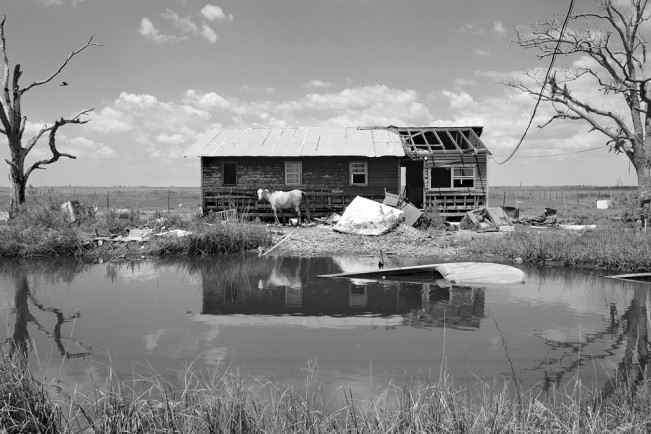 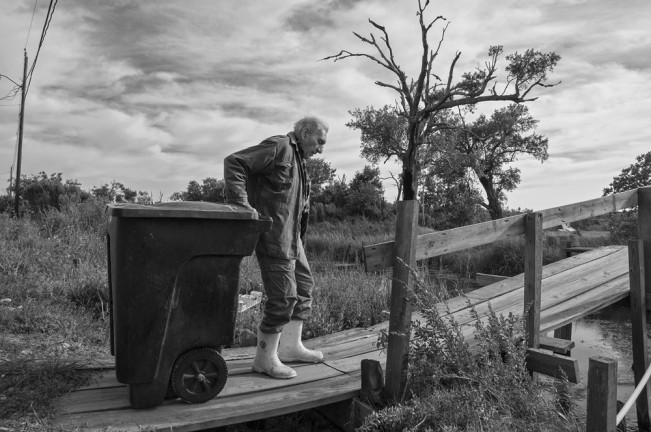 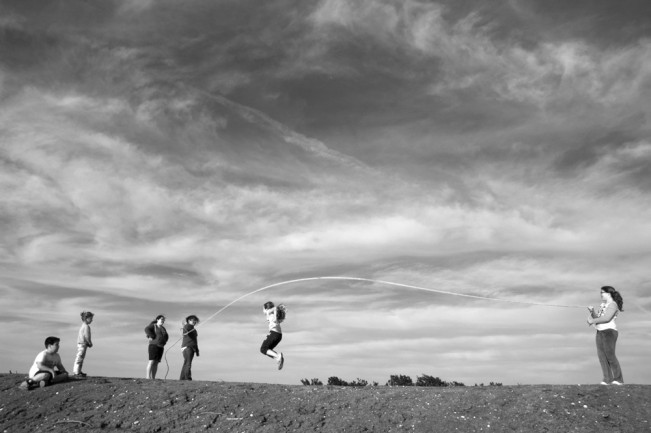 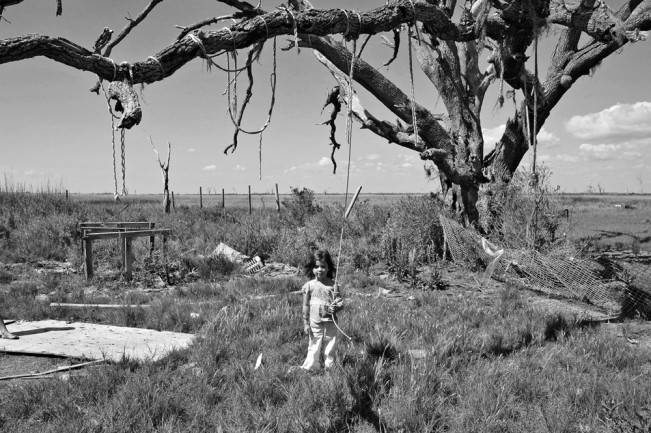 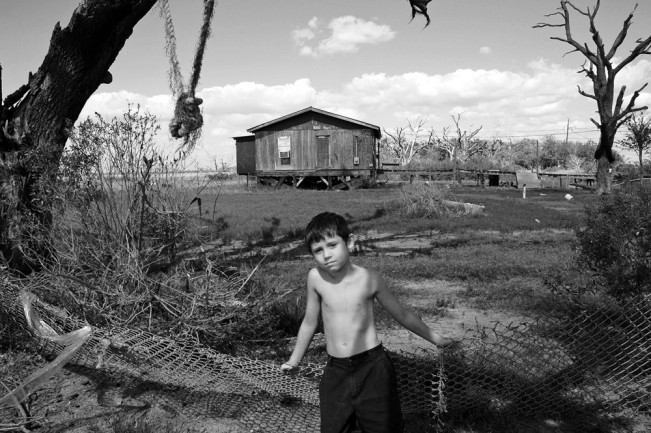 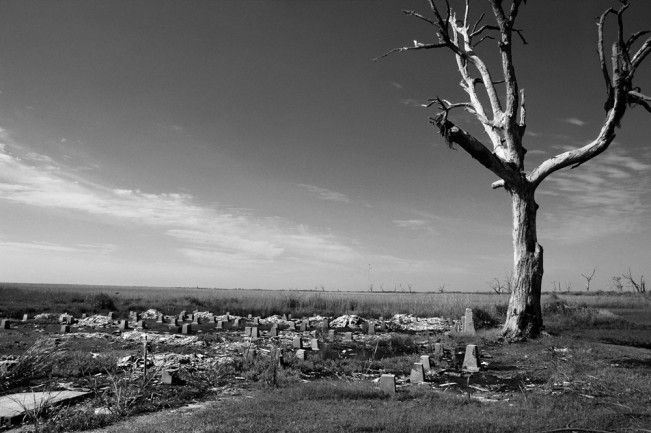 Without a Prayer ©Melinda Rose 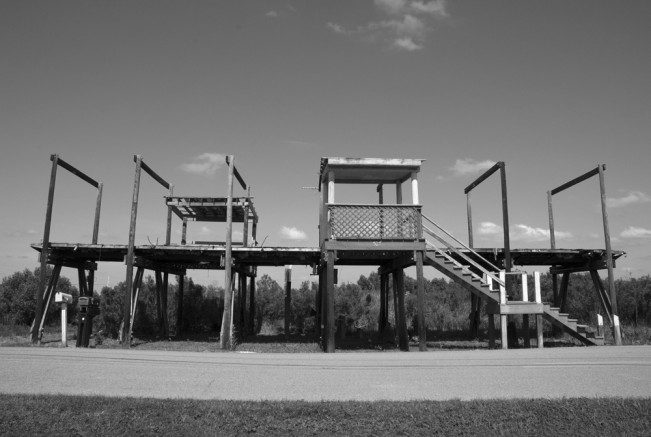