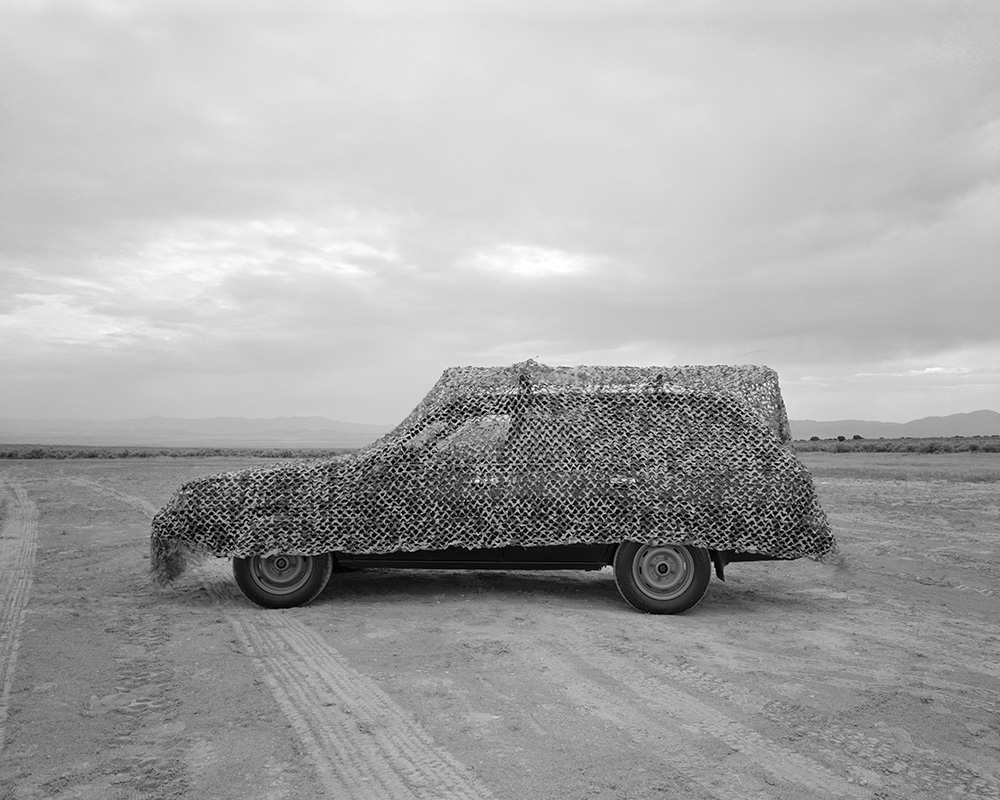 Levi Jackson embraces a self-reflective approach towards his culture and place to re-author the great cultural myths of the west. By staging interventions and performances onto the open expanse of desert, he transforms the landscape into a staged set, or backdrop, upon which he interprets the contemporary fallout of manifest destiny and the historical narratives of western frontier expansion. Juxtaposing the rural western experience and the props of his upbringing against the desolation of seemingly empty vistas, Jackson’s nondescript landscapes are hardly void of significance. They speak to a history of Mormon pioneer settlement and the calling of a Mormon prophet bringing a people to Zion. Often referencing specific historical figures and events, or icons of rural redneck culture, his images create parallel narratives of the west. For example, “Leta Leroe” emblazoned on a rock is both primitive pictograph and a trucker mud flap. It is within this context that Jackson orchestrates his photographs resulting in a revised and contemporary western narrative. In the scope of his creative practice, Jackson can be found riding ATVs up museum walls and flying coyote skins in the wind.

Levi Jackson uses an interdisciplinary approach to his work combining photography and installation with nods to performance. His work revolves around the western landscape, where he was raised, and challenges the historical perceptions by pairing it with contemporary understanding. Levi received his MFA from Pratt Institute (2013) and now lives and teaches photography in Utah. He has shown work nationally and internationally with a solo exhibition at the Utah Museum of Contemporary Art (2015) and group exhibitions at Kunsthalle Osnabrueck (2017), Gerish Stiftung Foundation (2015), and HPGRP Gallery (2012). Levi has also self-published several photography based books, with the newest set to be released in late 2017.

Sometimes I think I make photographs just so I can stop and get a coke at the gas station on the way home. A job well done. But there is a draw to the desolate that I have to trust is similar to the way all expansionists have felt for hundreds of years. Something pre-original. That is how we got ourselves into this predicament in the first place. The West is not simply celestial peaks and pastoral landscapes; it is murder, mirages and coyotes. A place of smoke and mirrors. Truth and dare. Raised in the West, under the pretense that it is the modern day promised land, I am always a bit uncomfortable. My work often has a bit of humor tucked under the skin, which helps me sleep at night. It is more of a side-eyed chuckle than a belly laugh. The work critiques all that I am scared of being but love to be and all that I love to be but am scared of being. I do after all, love a cold coke. 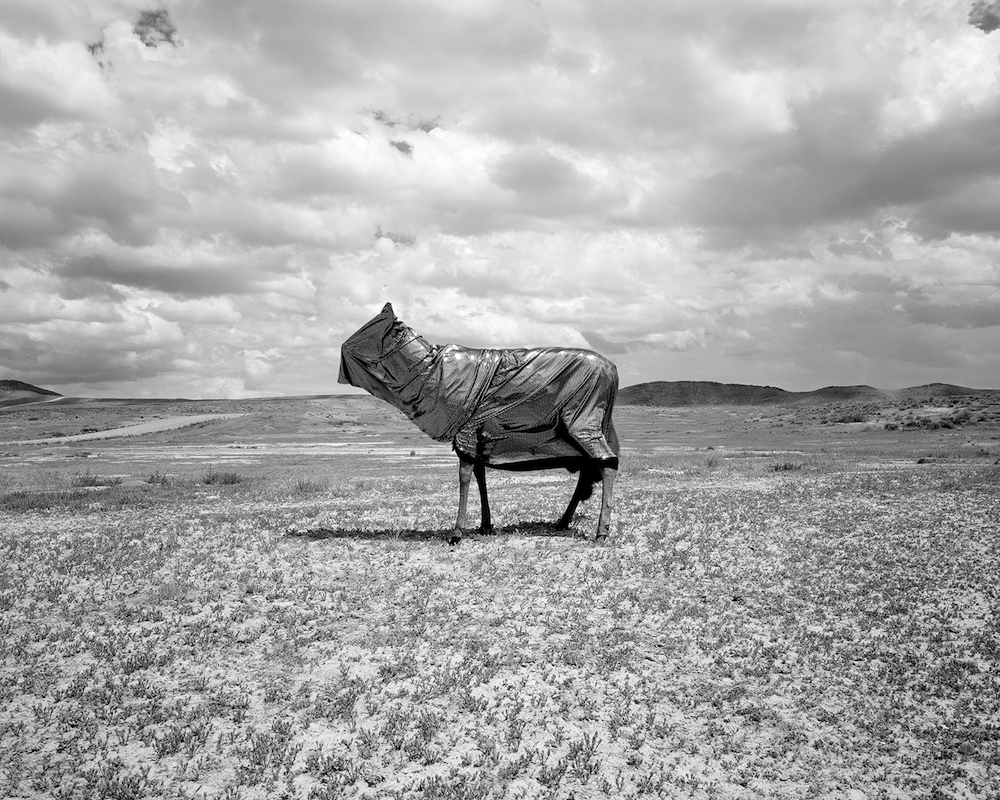 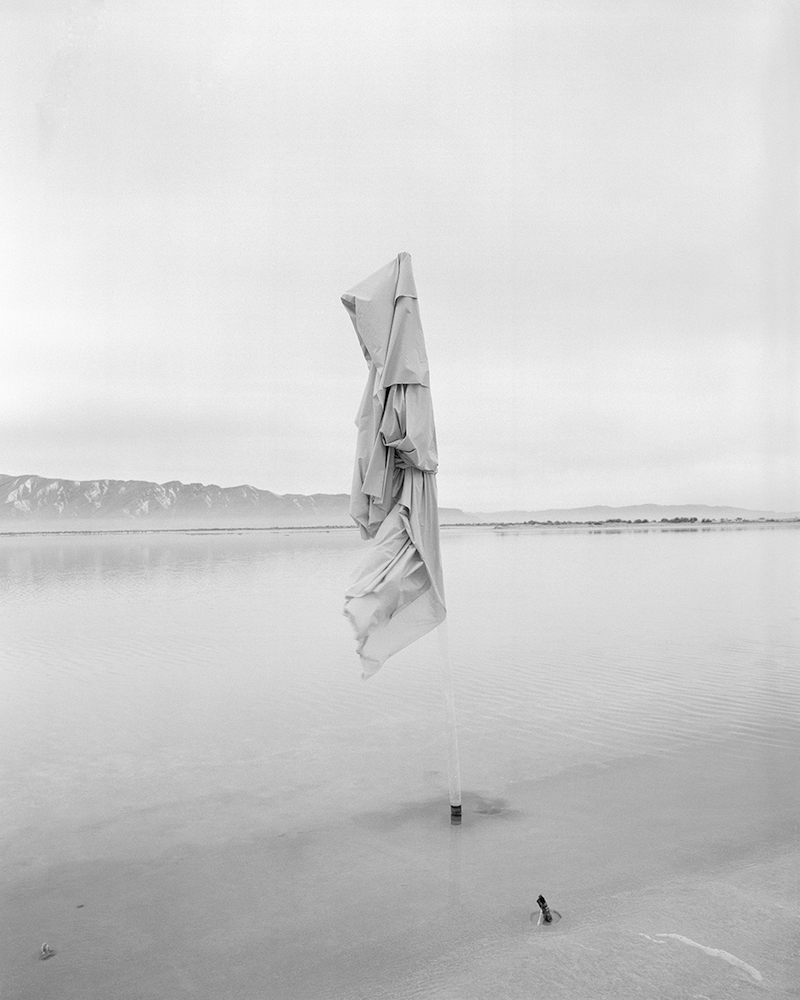 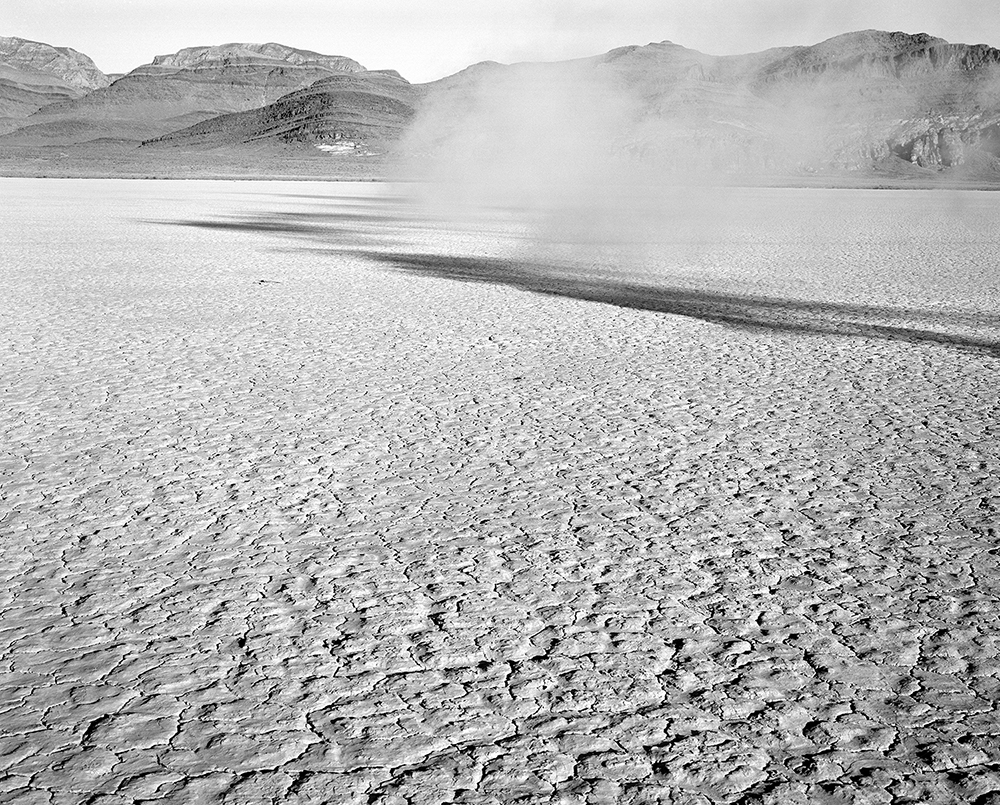 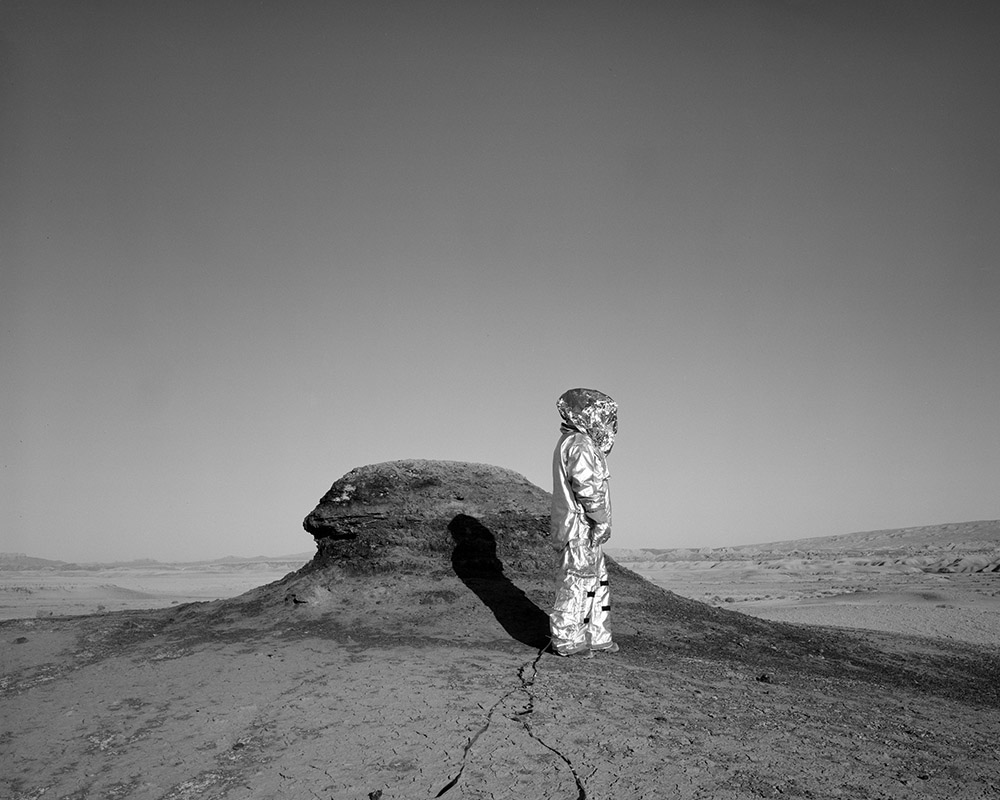 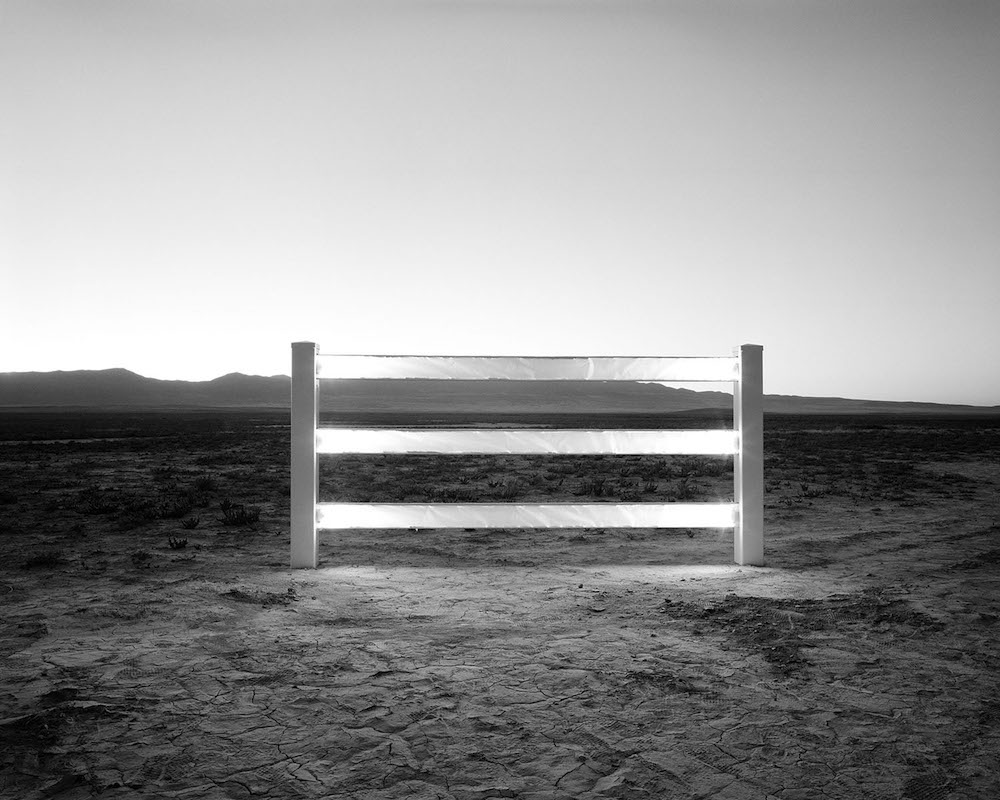 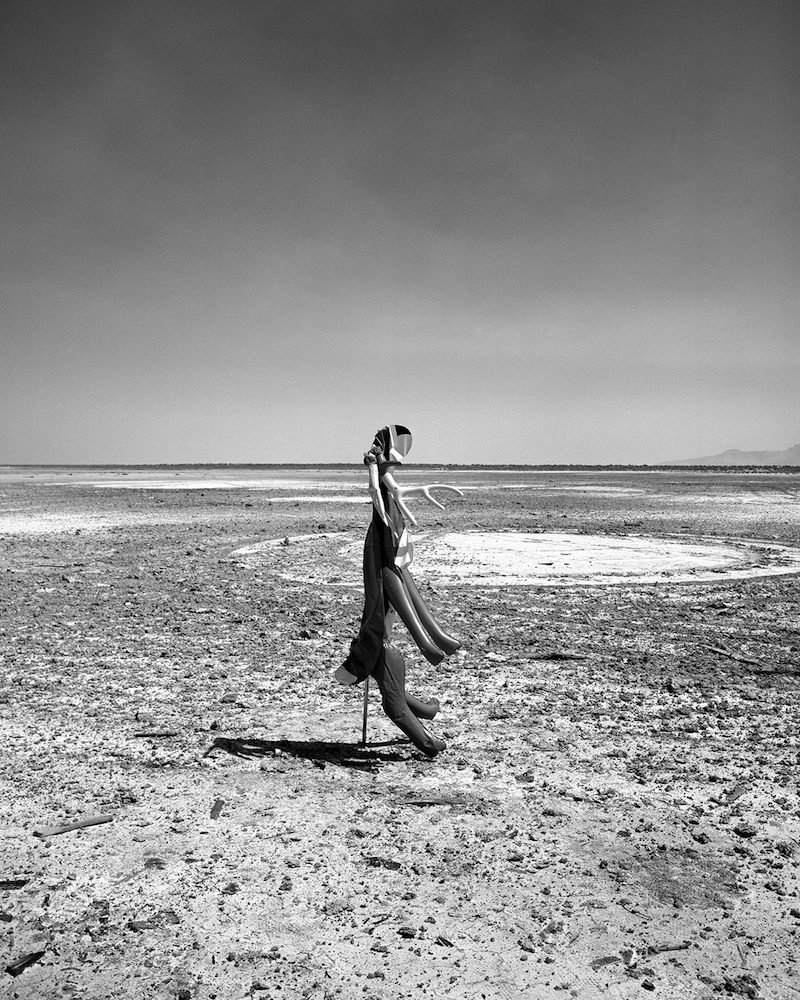 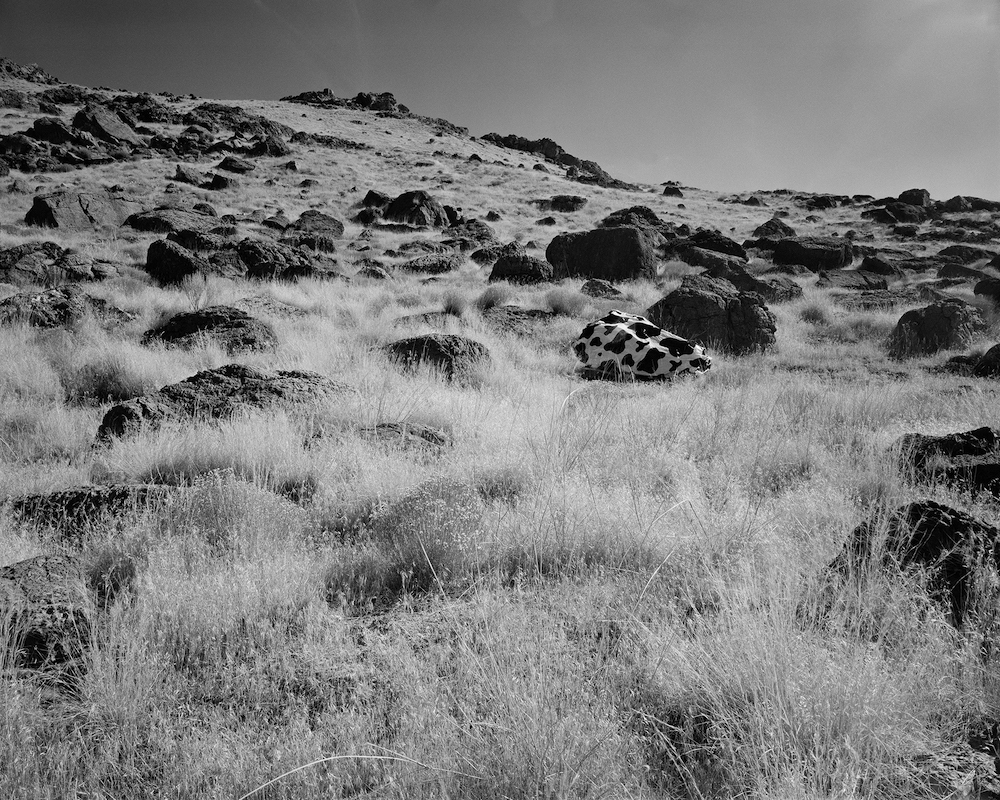 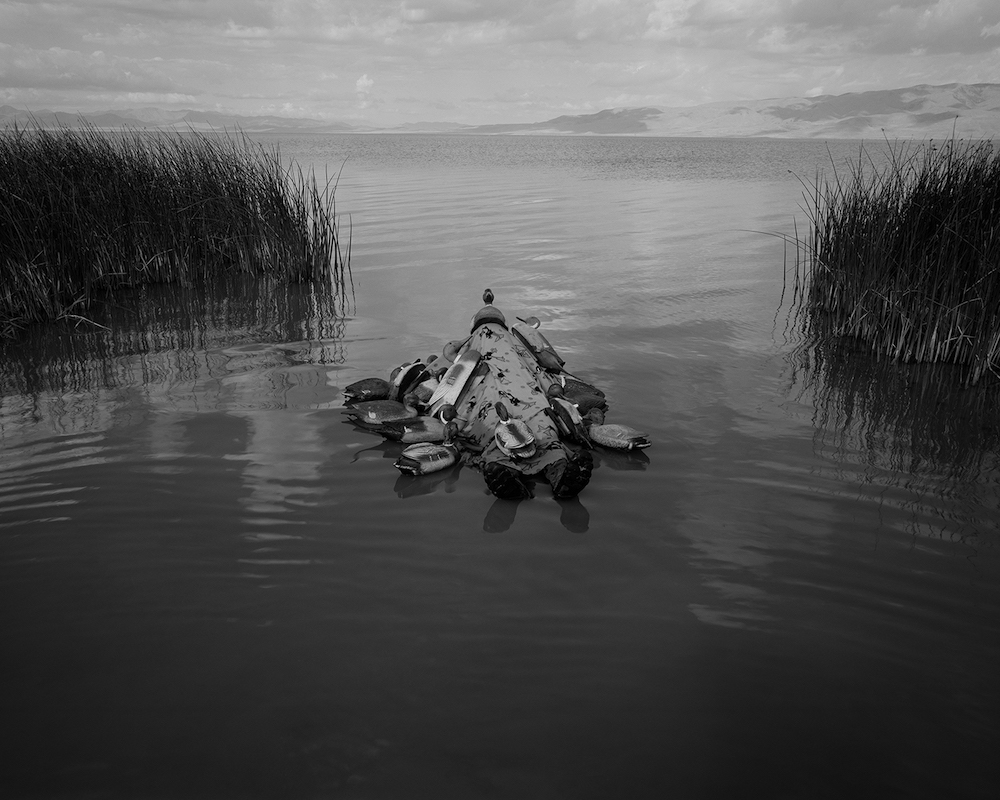 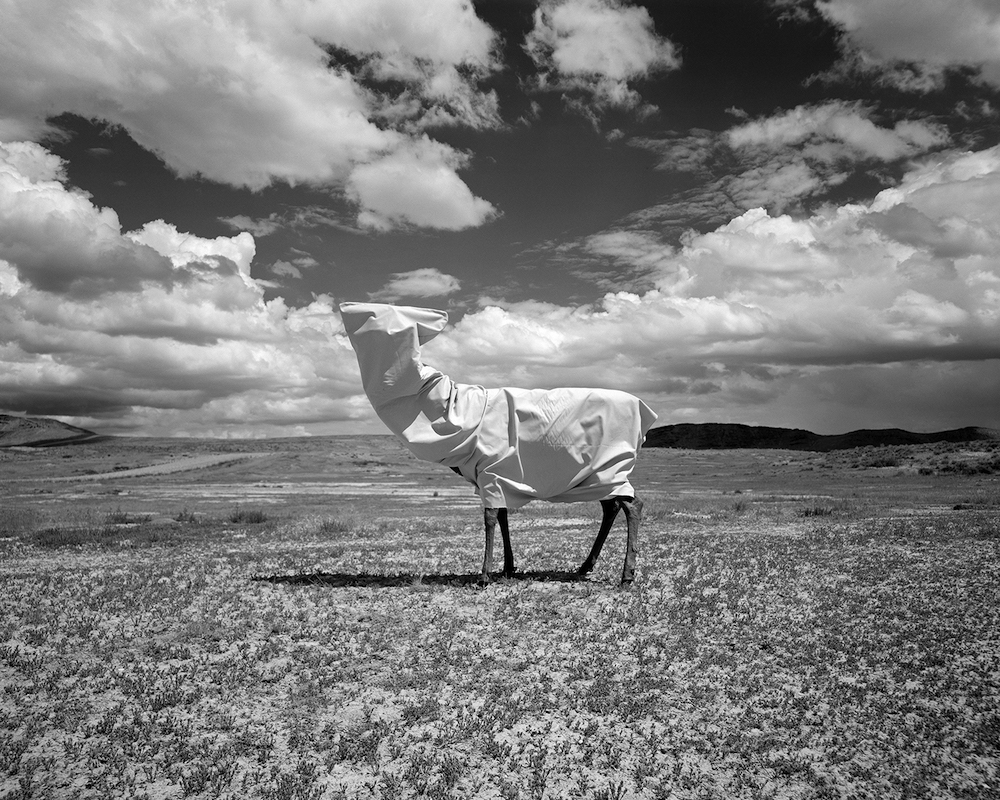 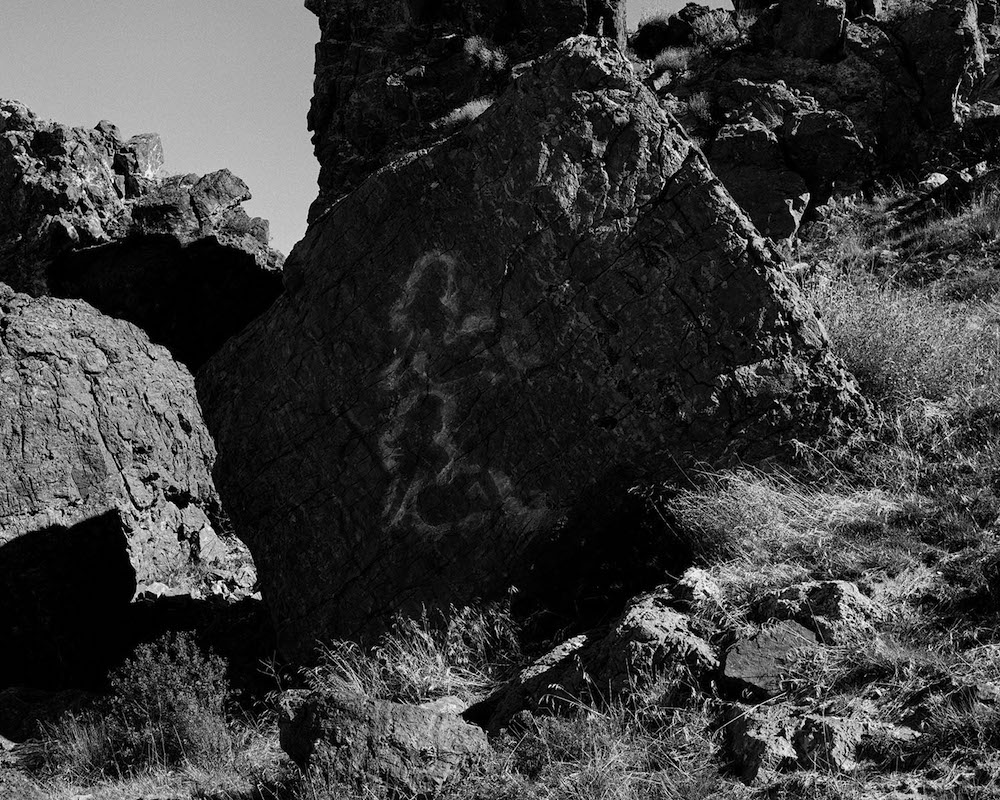 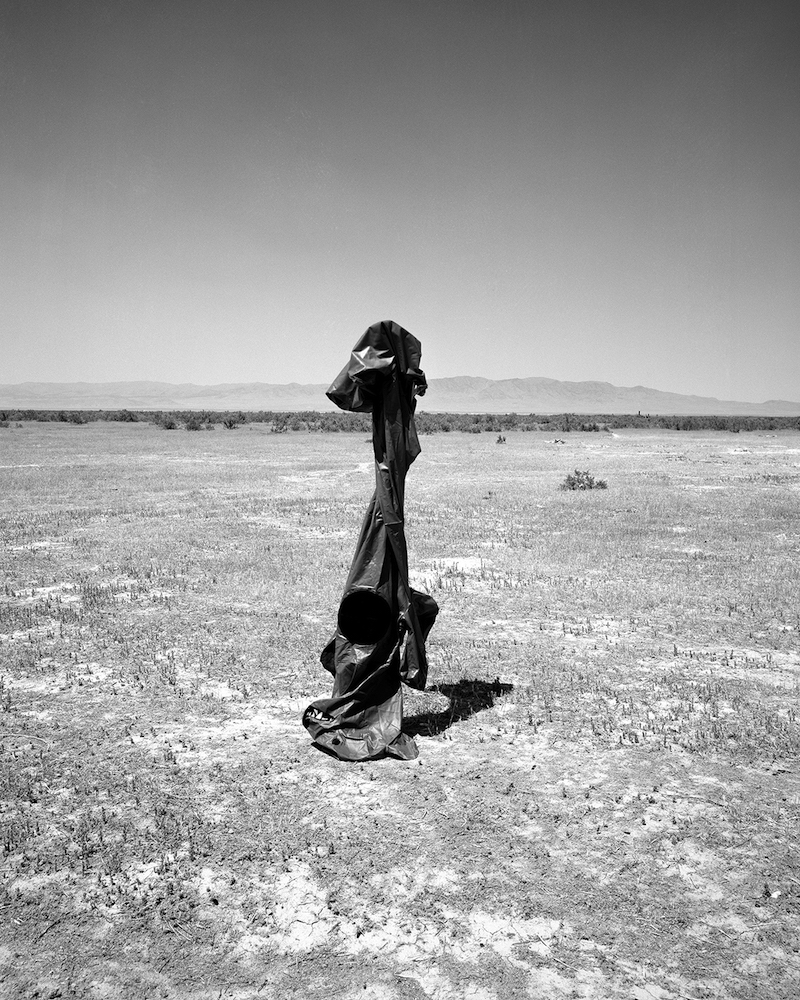 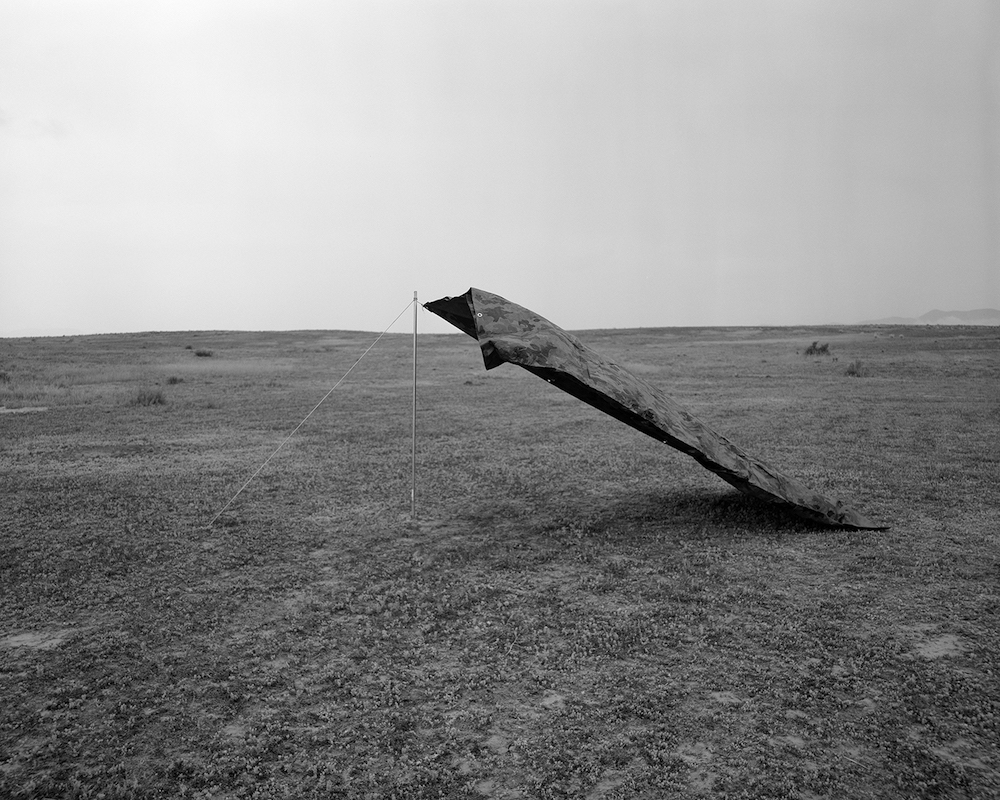 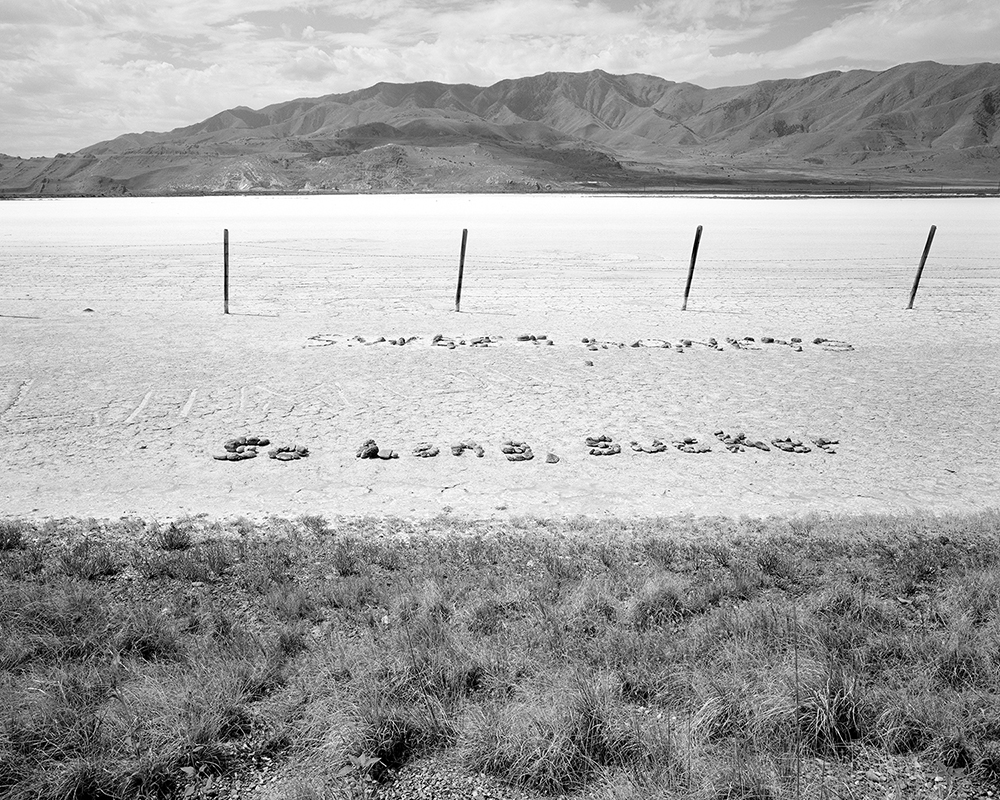 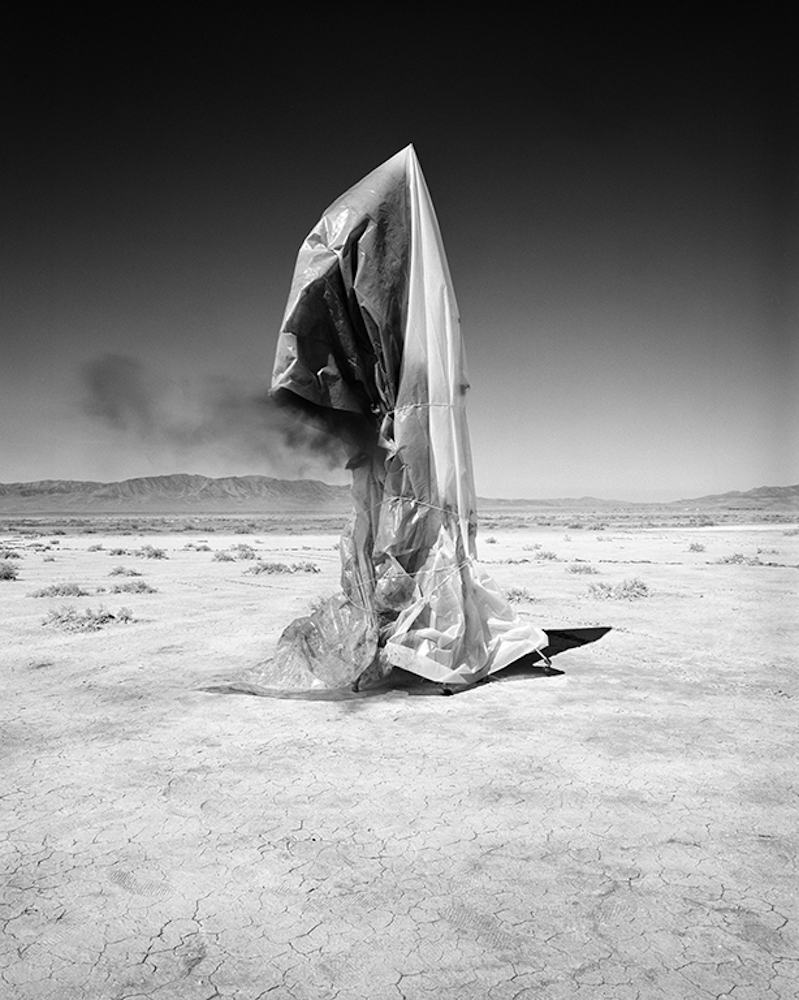