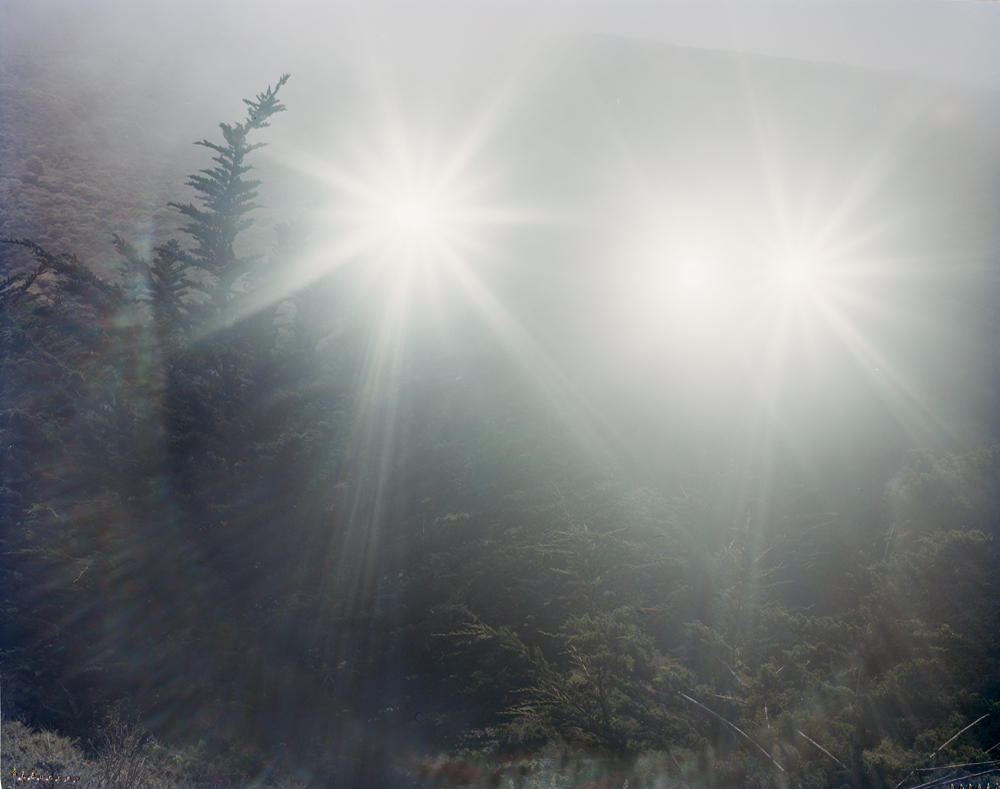 For his body of work, The Rapture Of, Josh Winegar travels the country and photographs the landscape. He shoots film with a large format camera in the technical tradition of many landscape photographers before him. But rather than chasing the vistas of the sublime, he points his lens in the direction of the more banal, landscapes not listed in directories of extraordinary places. Included in his images are remnants of human intervention: telephone wires, roads, cars, garbage, a stop sign, and graffiti. Before processing the film, he exposes his images once again in the studio, using bursts of white light to effectively erase any evidence of human presence. In the paintings of Bierstadt the streaming shafts of light were a calling to god, a channel drawing a line directly to policies of Manifest Destiny. In Winegar’s images the light emits from specific visual points of reference where human activity is visible in the photograph. A surfer transforms, the cars transform, garbage transforms; all signs and indictors awash in the rapture.

Josh Winegar was born and raised in Salt Lake City, Utah. He received an MFA degree from Columbia College Chicago in 2007. His work has been exhibited in numerous cities across the US as well as internationally. Over the years he has been the grateful recipient of a fair amount of grants and awards.  He current lives with his partner Peggy and their two children in a small cabin in the woods in Utah where he finds quiet time to work on his art. He is Associate Professor of Art and head of the photography program at Weber State University in Ogden, Utah.

Throughout its history, photography has played an important role in popularizing the ideas of the sublime landscape, Manifest Destiny, and the ‘land of opportunity.’  It is my intention with this series to explore those ideas within the genre while describing a more complex vision of the American landscape. I am interested in our complicated and often uneasy relationship with “nature”– our presence in it, dominance over it, reverence for it, and our need to control it.

This work is shot on film with a large format camera and all manipulations are done in camera.  Like many photographers before me, I focus my lens on the serene and picturesque, but unlike most of them I am not interested in reinforcing the myth of the untouched land.  I don’t adjust my frame to exclude man or the man-made but instead its presence is recorded to film and later removed by the same means with which it was recorded, light.  This is achieved through a series of multiple exposures– one of the scene, and a subsequent exposure shot in the studio for each burst of light.  It is my hope that the resulting images appear simultaneously familiar/foreign, celebratory/critical. By replacing the evidence of man with bursts of light it is my hope that these specific places are transformed into more open-ended spaces that leave room for one to contemplate our relationship with the world we live in and question the classic notions of landscape photography. 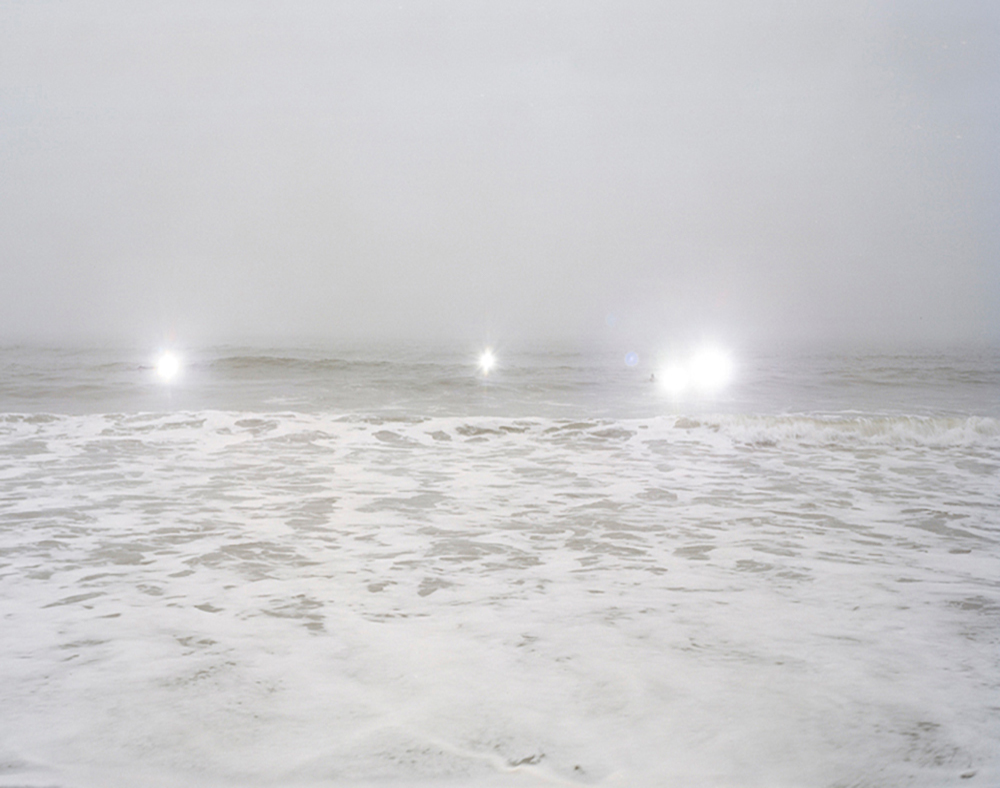 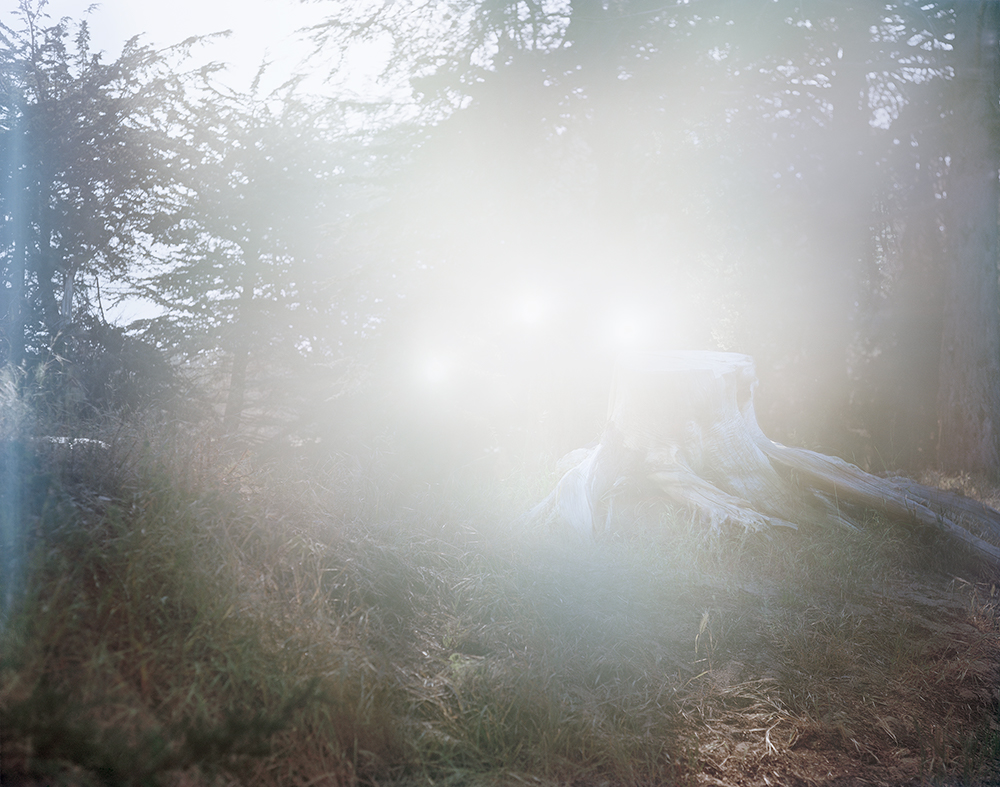 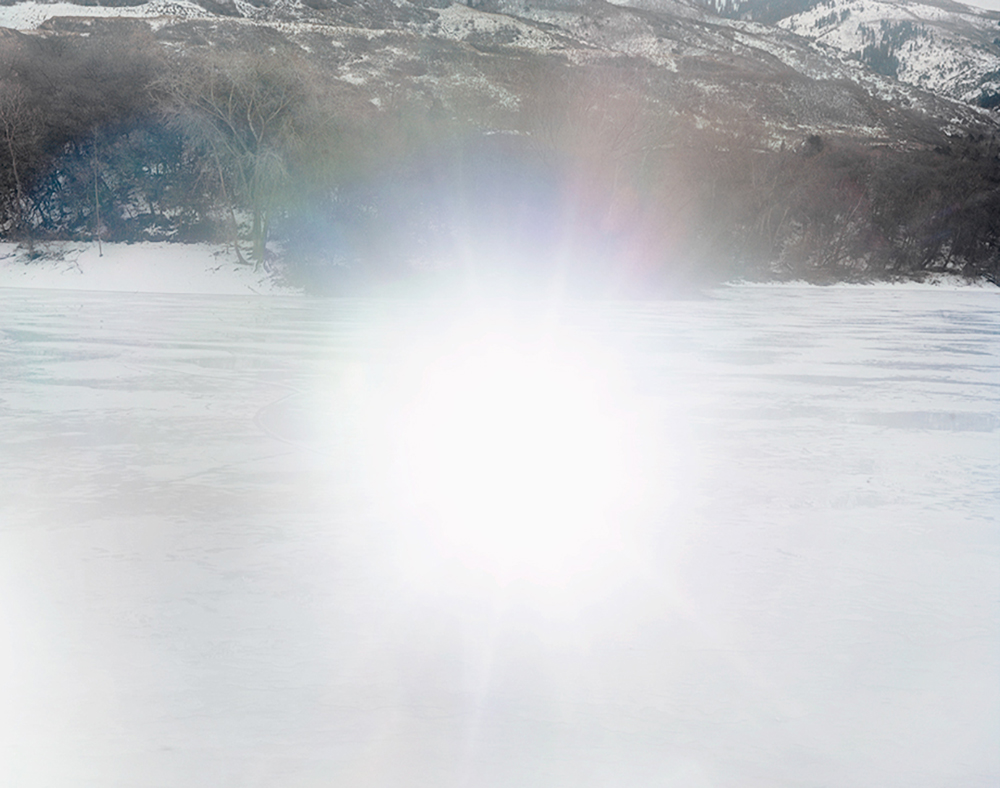 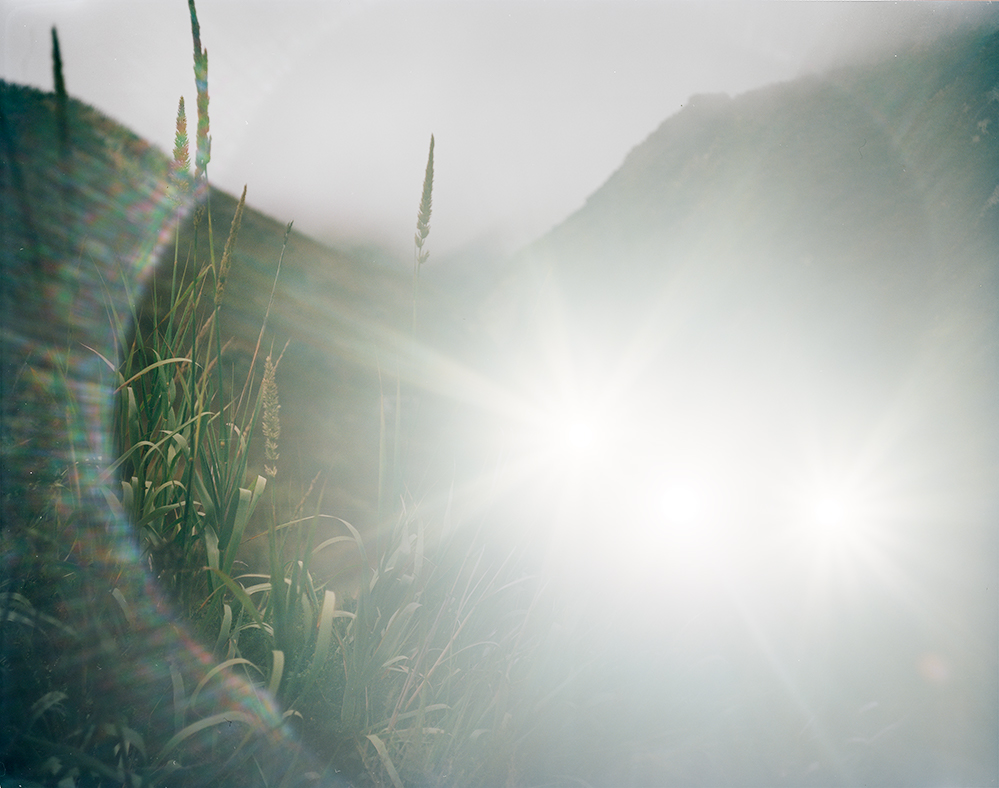 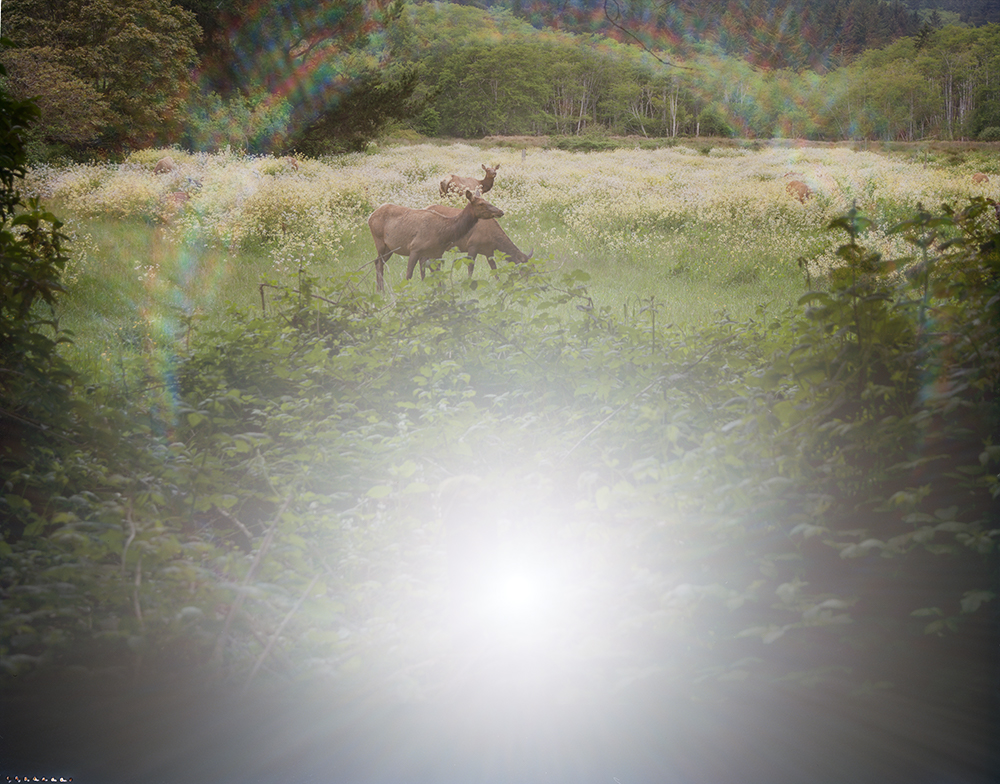 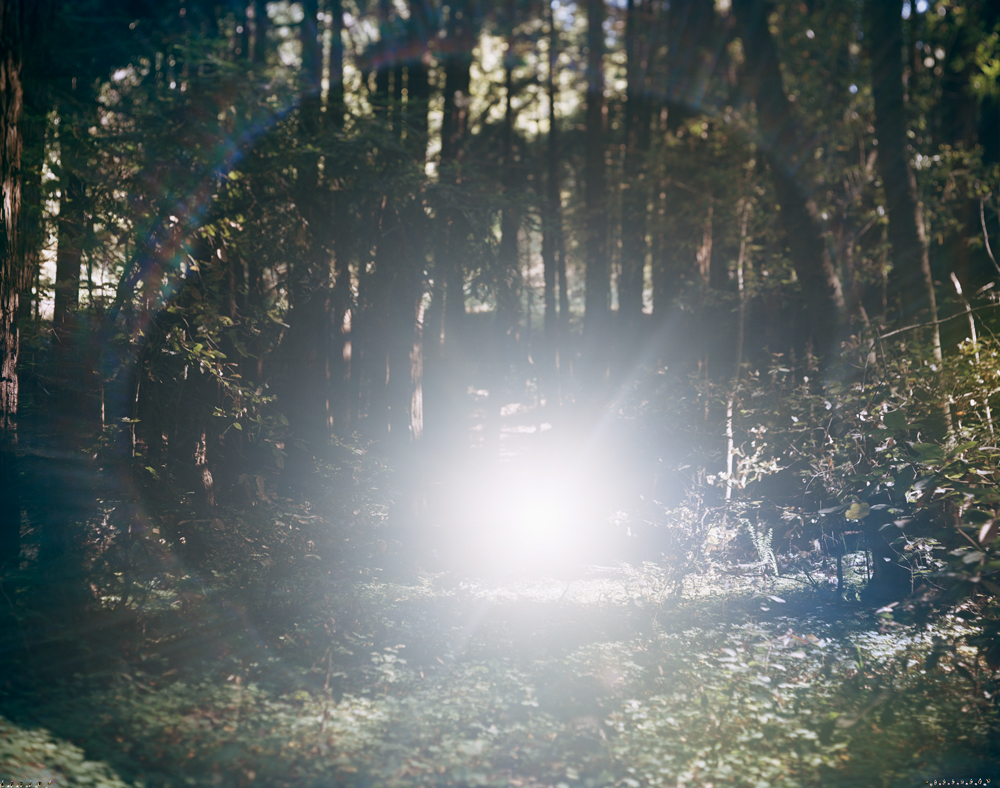 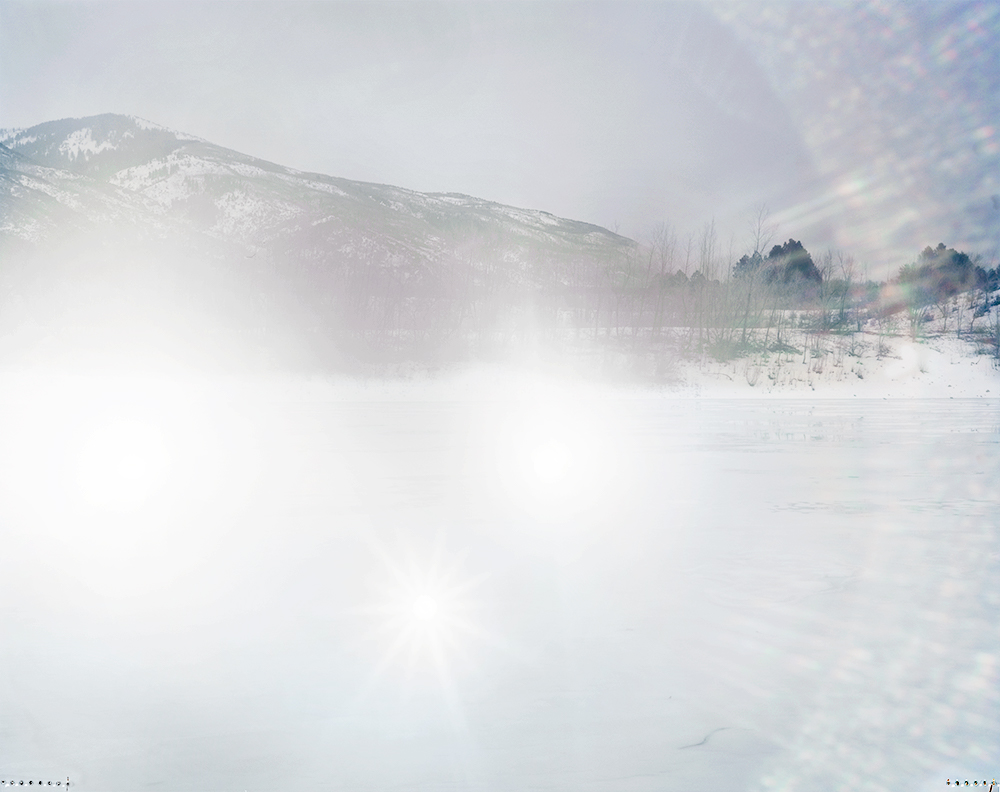 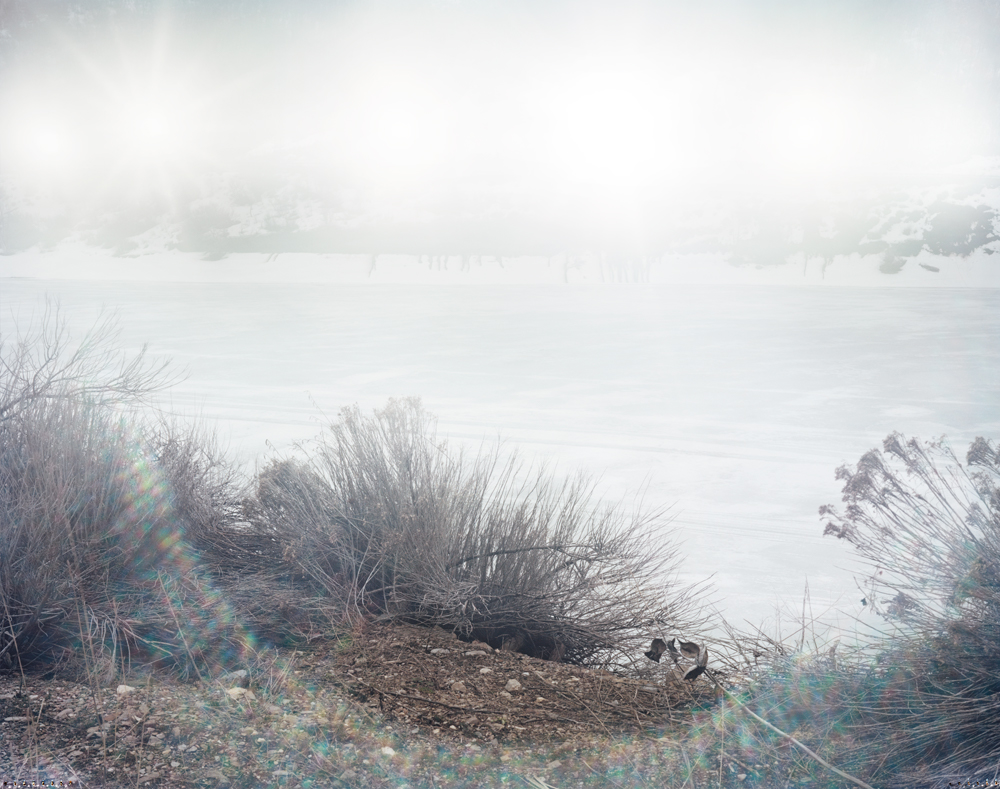 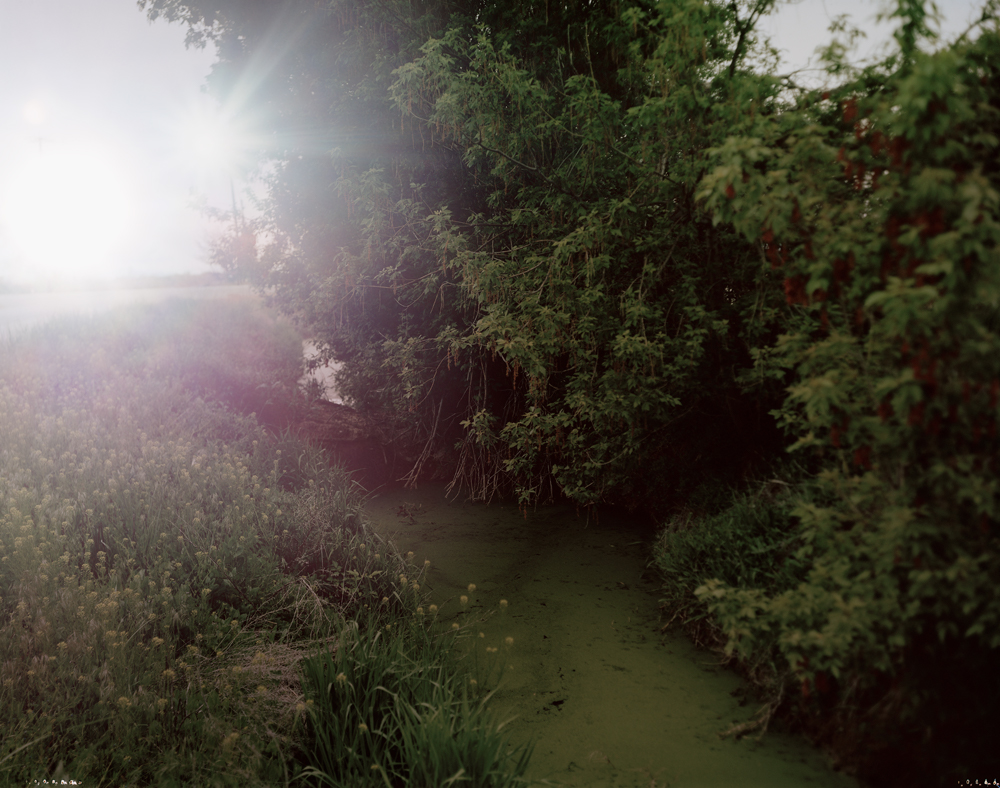