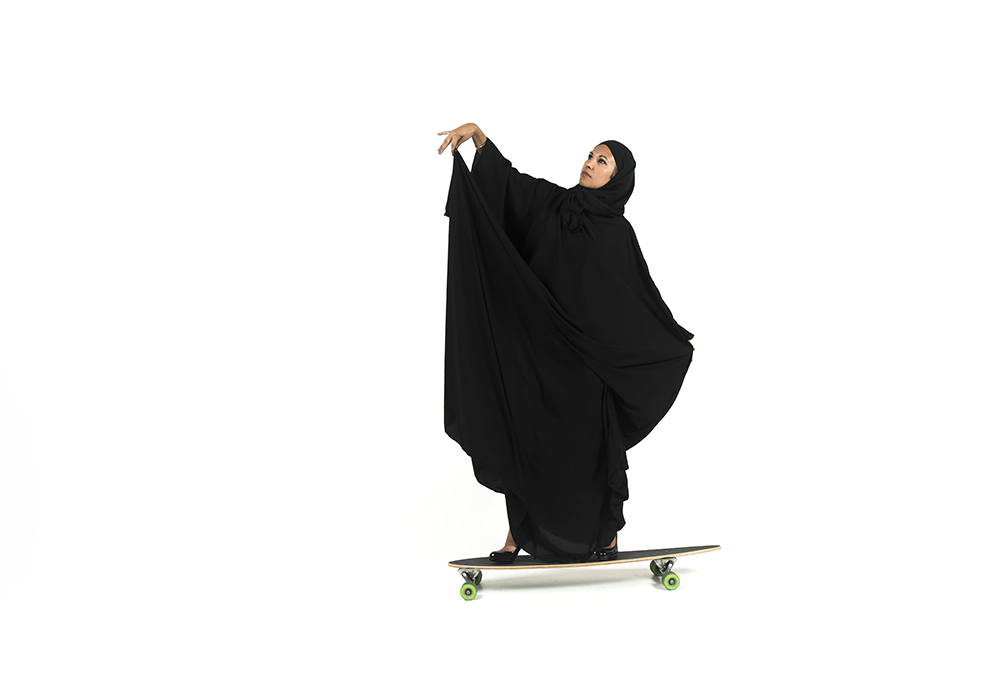 Fazilat Soukhakian challenges the gendered taboos of Muslim culture and exhibits a courageous approach to exploring the personal, political, and religious narratives of the female body. While working as a photojournalist at a prestigious news agency in Iran, she decided to shift her photographic direction and apply for MFA programs in the United States. She continued with PhD studies in Architectural History and Visual Studies after completing an MFA at University of Cincinnati DAAP. Her work is intensely informed by the theoretical framework of space as it intersects with human stories tied to her own experiences and observations. In Forbidden Hair and An Anonymous Battle, Soukhakian disrupts the traditional dialog of power and identity by using models to reenact experiences from her childhood, and performance to explore the relationships with forbidden objects in Muslim societies.

Moving fluidly between photojournalism and art, Soukhakian is currently working on a project about the life of refugees and immigrants in America. She writes, “[I want to] showcase their history, the hurdles they overcame and their hopes and dreams, but also what they bring with them, how they integrate into their new home, and what they contribute to the local community.”

Fazilat Soukhakian is an Iranian artist and photographer who teaches photography at the department of Art and Design at Utah State University. She considers herself a visual storyteller who observes and records her concerns regarding social and political issues that surround her as a means for social change and justice. Her work reflects on important issues concerning gender inequality, gender segregation, and the loss of national identity. She documented the lives of many people who were suffering as a result of these issues. Her work has been shown throughout national and international exhibitions and she has received a multitude of awards and recognition.

An Anonymous Battle reflects my concern over the portrayal of Muslim women in western media. In recent years, there is a growing international interest in understanding the role of Middle Eastern women in their society in contrast to their Orientalist portrayal by Western media. The West characterizes them as a helpless victim of the backwardness of Islamic religion, longing for a helping hand towards civilization to justify the war in the Middle East.

This body of work explores the role of the Muslim woman in a changing Islamic society in order to grasp an understanding of her life behind the veil. No longer tolerating the suppression of sexuality in the Islamic society, a Revolution has emerged from behind the veils in many Islamic countries. Society’s fight over what is right and wrong, associated to the domain of both tradition and modernity, has shaped women’s mind over time.

A new generation of mostly educated women, having become aware of their rights and powers gifted to them through a glance into modernity, has jumpstarted an ever-growing struggle between tradition and modernity throughout Islamic countries. These young generations are struggling to find a way of reacting to the power held over them, grasping to find any form of freedom they can behind the facade of everyday life.

The Islamic laws have influenced the mind and body of the woman in today’s Islamic society, who is now demanding her equality in gender roles and sexuality in order to build a new, impartial and balanced world for future generations in the Islamic world. A contrast can be found between the veil, an obstacle or even imprisonment of the person, and the woman’s pose, referencing back to ancient culture and traditions, in particular Persian literature and illustrations, where the woman was portrayed as a strong beacon, consistently forming the center of attention, desire and love. The objects in the photographs are taboo and forbidden objects for women to be affiliated with in majority of Muslim societies. 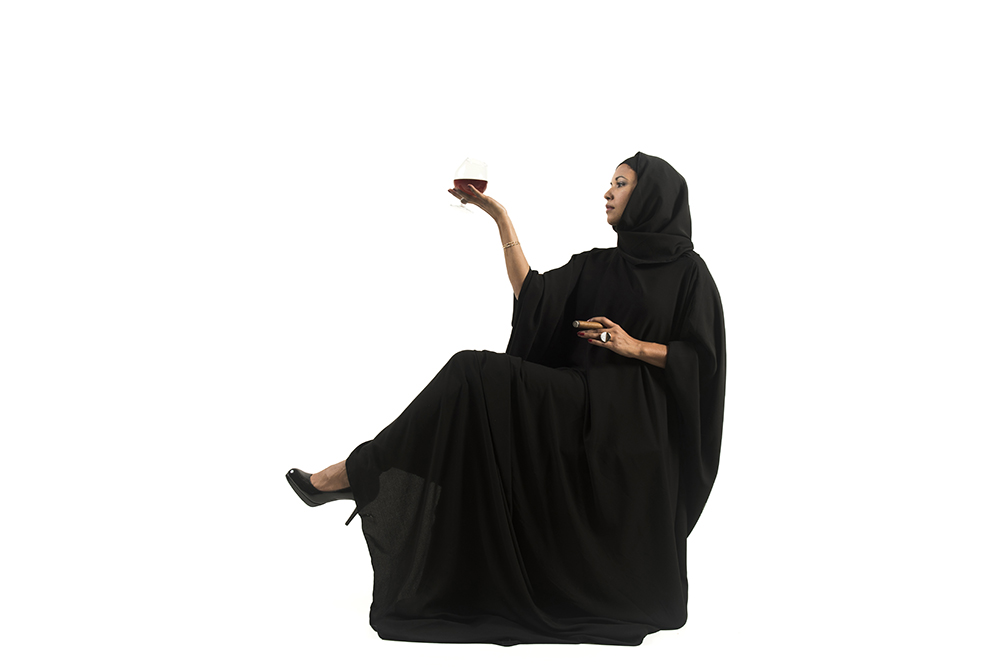 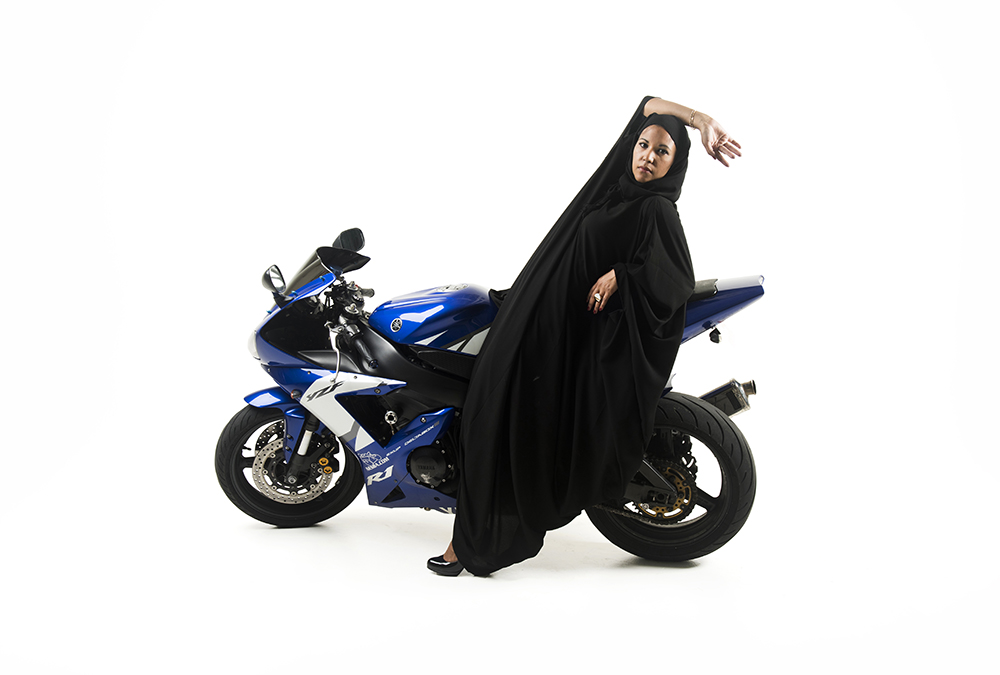 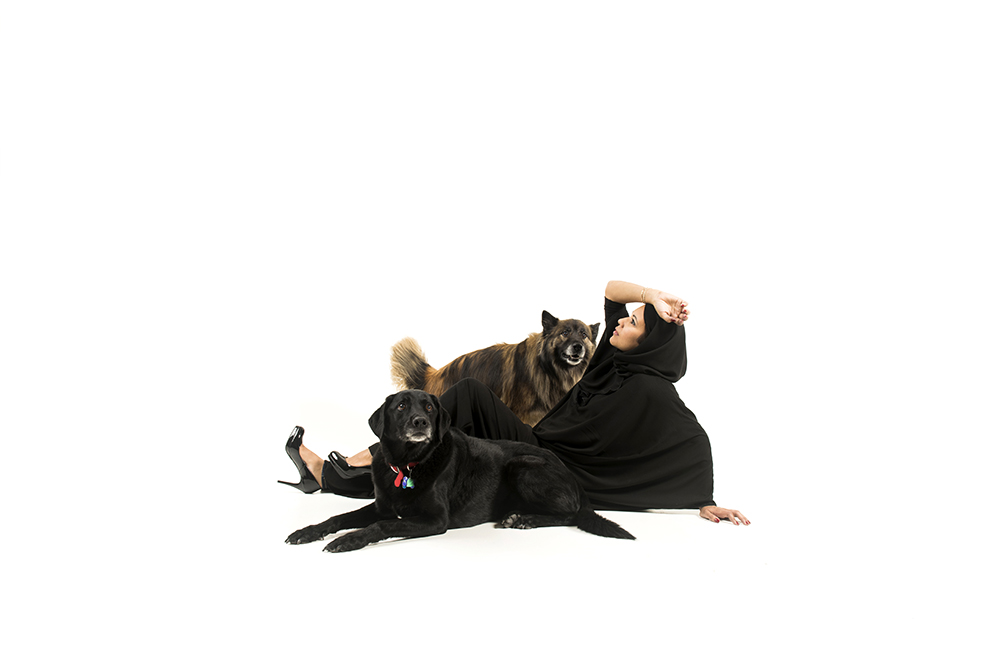 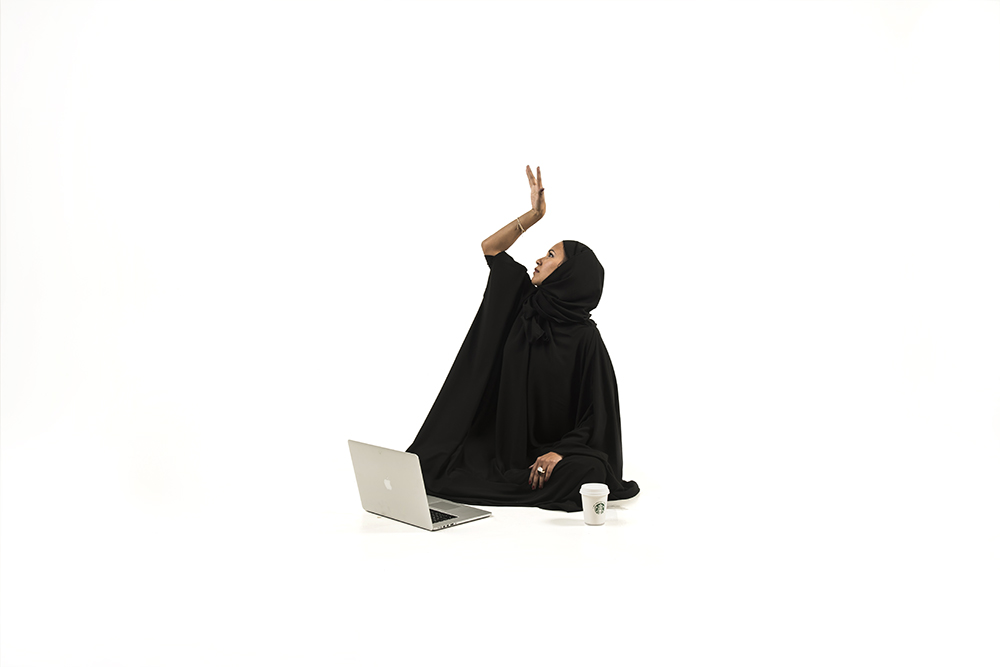 The attraction and beautification of all things forbidden is a universal phenomenon. Forbidden Hair encompasses a strong emotional reminiscence towards an event from my past, which left a permanent impression on me, even to this very day. It is customary in many traditional Muslim societies like Iran, where I grew up, that when a young woman reaches the age of puberty, her body should be covered and nothing should be revealed. And so I was told by society’s enforcers to cover my hair when I turned nine years old. Revealing a beautiful part of the body, such as the hair, all of a sudden became the sign of sin. One day my mother took me to the marketplace without a scarf around my head and we ran into my third grade teacher. The day after, she pointed to me in the classroom and told me in front of all the other students how I will go to hell and be hung there by my hair, according to the prophet Mohammed, because I did not cover my hair. For a young girl, this created mixed feelings dominated by a fear that would last through my childhood. This fear grew into confusion when puberty started, and made me realize the beauty of the hair, and the body in general, is in stark contrast with society’s judgments and laws. 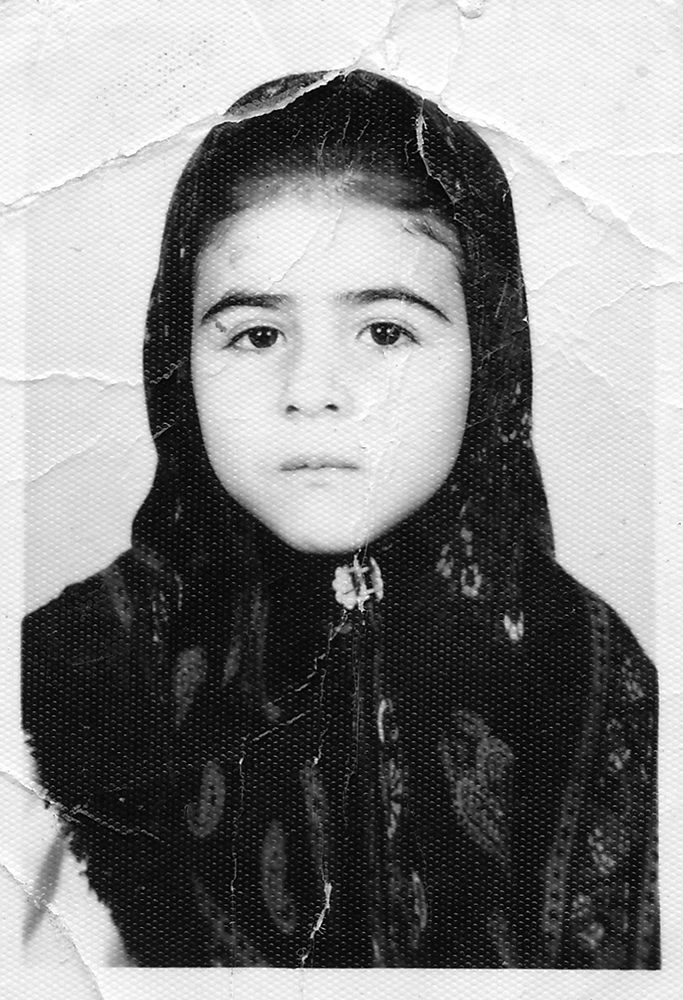 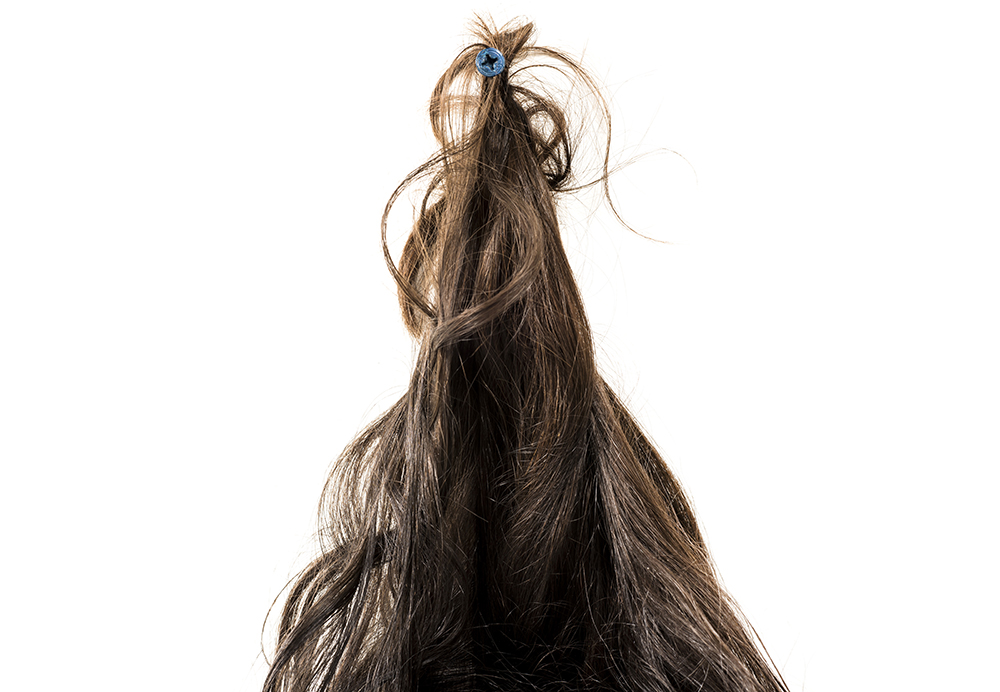 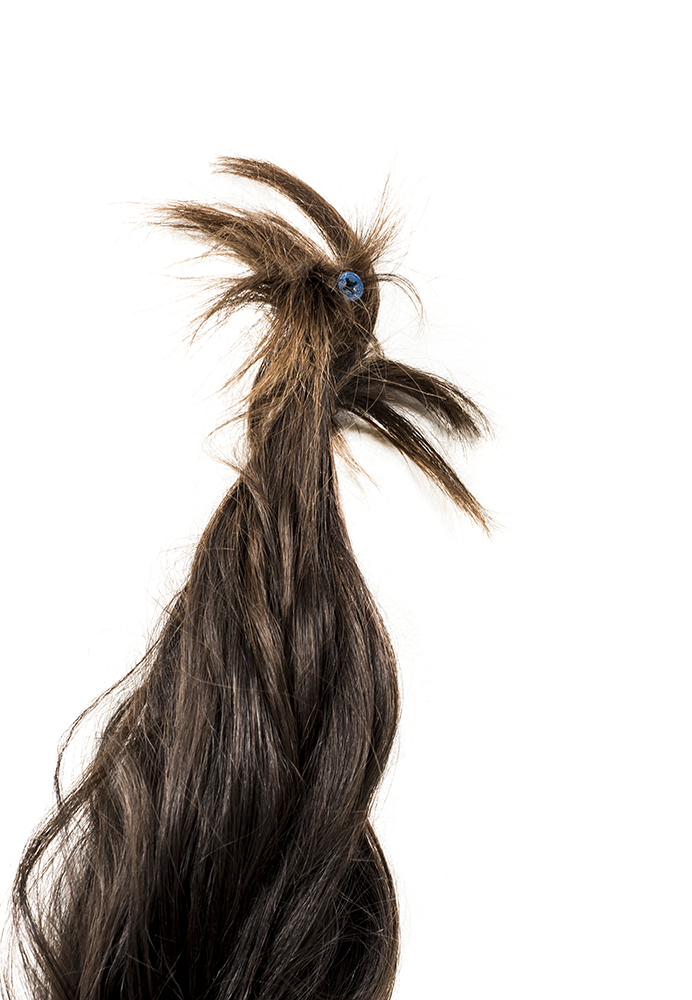 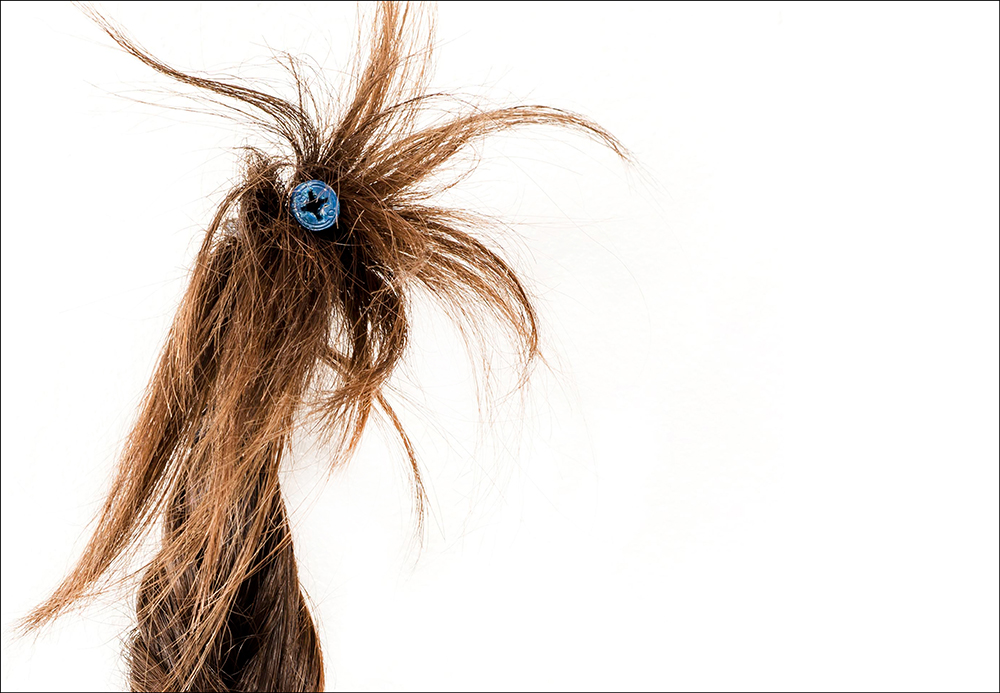 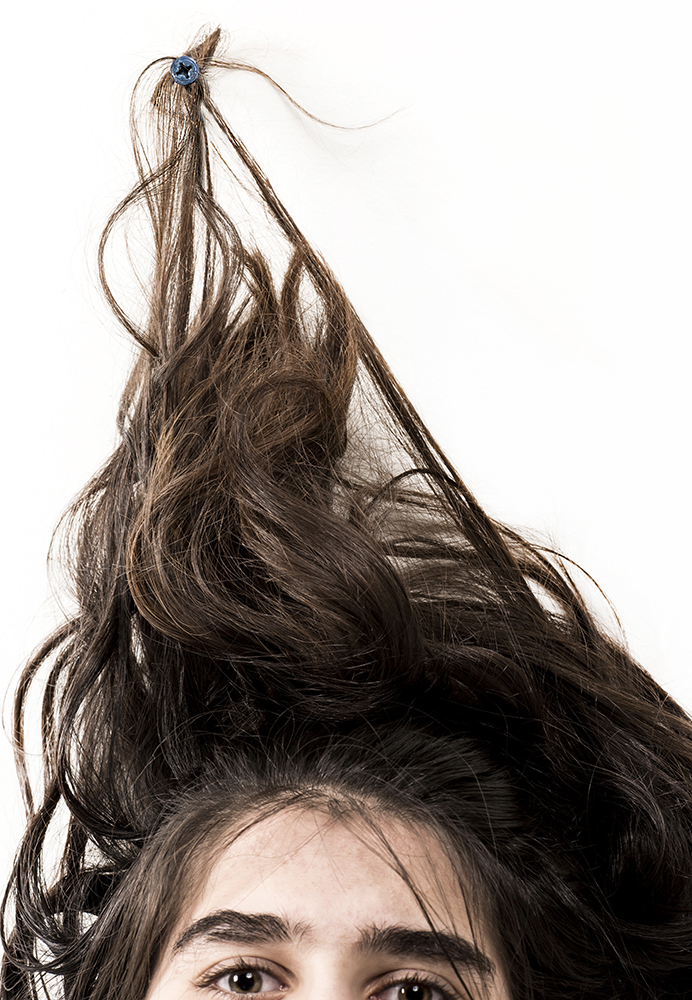 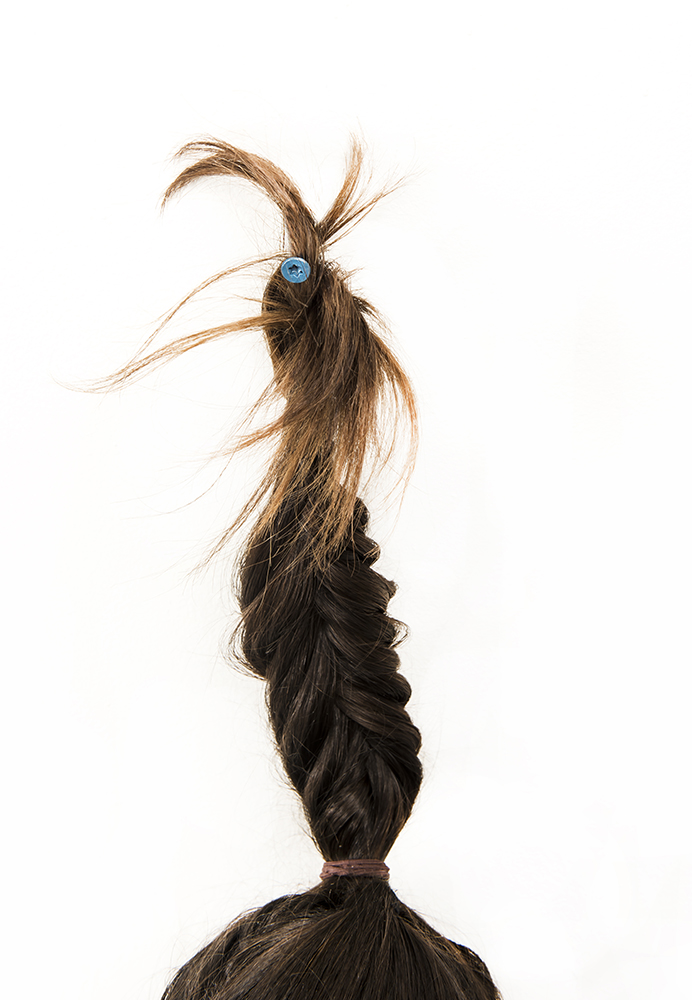 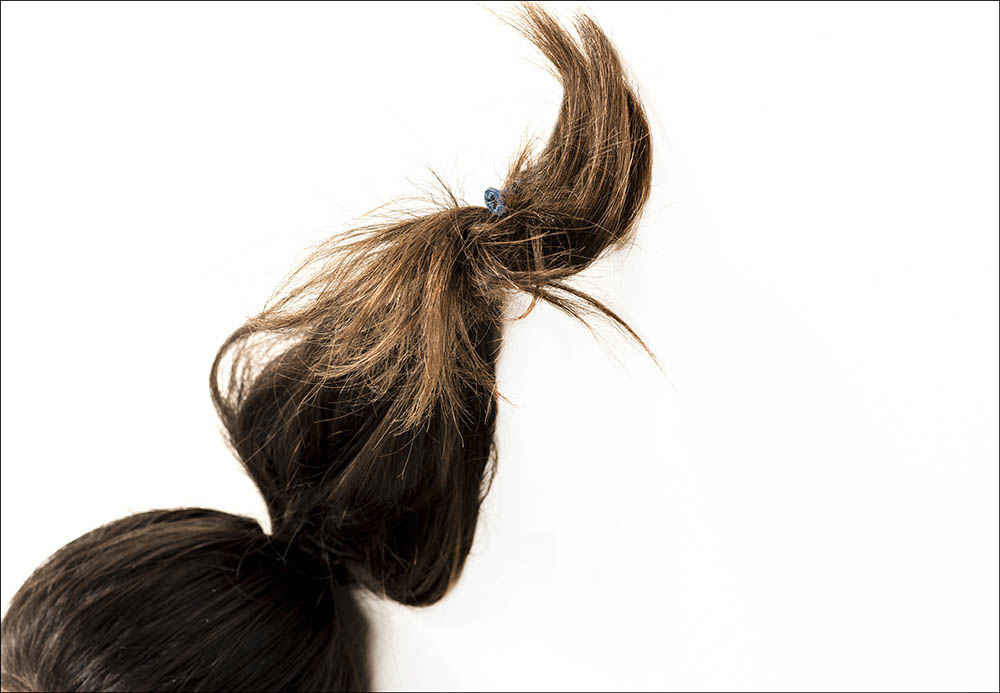 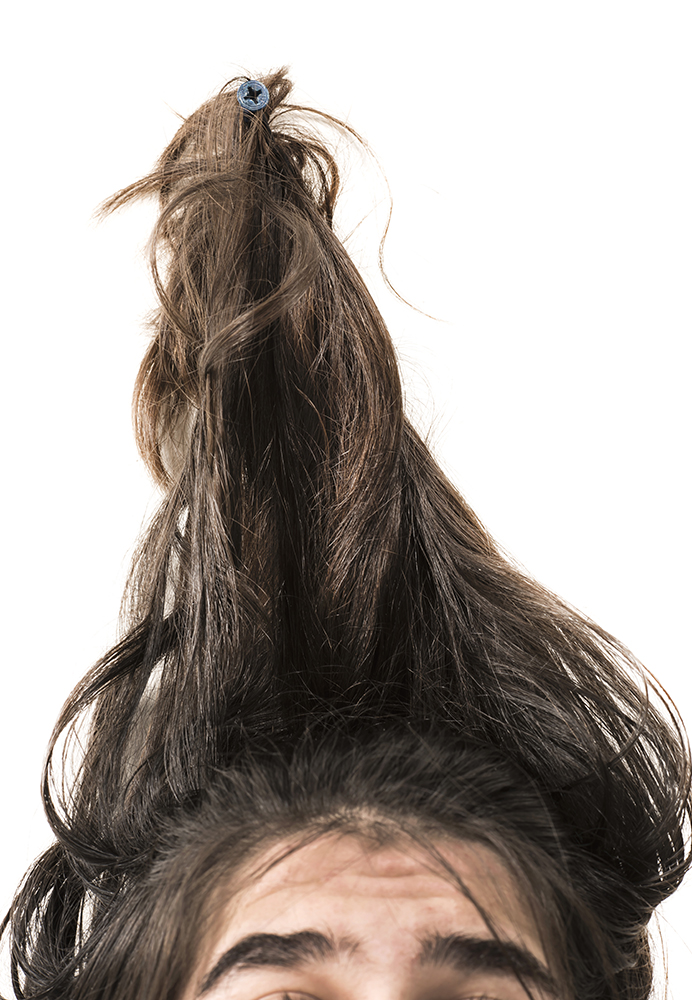