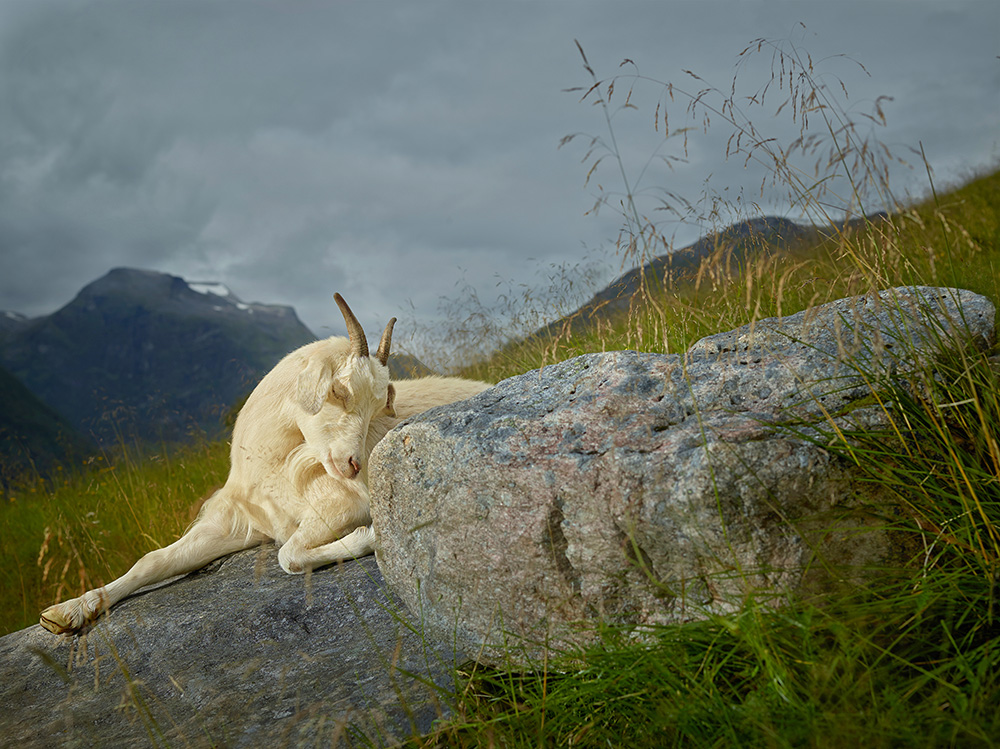 Yes, it is a photograph of a goat, but it is also more than that. Just as man’s relationship with the animal world is multifaceted, so too is Kern’s work. – Curator Lisa Volpe

For some photographers, when it rains, it pours. This is the case for photographer R. J. Kern who I first met at Photolucida and then again at the Click Photo Festival with two stellar new projects in tow. As much buzz that his portfolios generated at these events, today we are spotlighting two earlier projects that have been brought together by publisher Kehrer Verlag in the new monograph, The Sheep and the Goats. The book is presented in two incarnations, the Trade Edition includes an Introduction by Lisa Volpe, Associate Curator of Photography, Museum of Fine Arts, Houston; essay by George Slade; interview by Stuart Klipper. In addition to the book, R. J. has lots of exciting activities on the horizon. He will have solo exhibition at the Griffin Museum of Photography in October 2018, work in exhibition at the National Portrait Gallery, London in the Taylor Wessing Photographic Portrait Prize Exhibition (November 16, 2017 – February 8, 2018) and have work in The Royal Photographic Society’s traveling International Photography Exhibition 160 in 2018. Plus he is this month’s National Geographic Featured Photographer.

All of R. J.’s projects celebrate animals with a painter’s eye, bringing old master lighting to the natural world. His photographs make us appreciate the beauty and simplicity of animals in their environments. Curator Lisa Volpe shares in the book essay, “Kern’s evocation of nature as a device to understand his own sense of self draws upon historical precedence: the use of animals as metaphor and the pastoral tradition. Yet the artist’s broad concept— his exploration of identity—is firmly grounded in a contemporary context. This tightly knit series of images, which together characterize the author, is common to our age of social media. Kern’s aesthetic, however, emphasizes clarity and projects a warm stillness that is a balm to an overstimulated society. This contrast too—the ties to digital media and the rejection of its characteristics—deepens this pastoral project. Yes, it is a photograph of a goat, but it is also more than that. Just as man’s relationship with the animal world is multifaceted, so too is Kern’s work.” 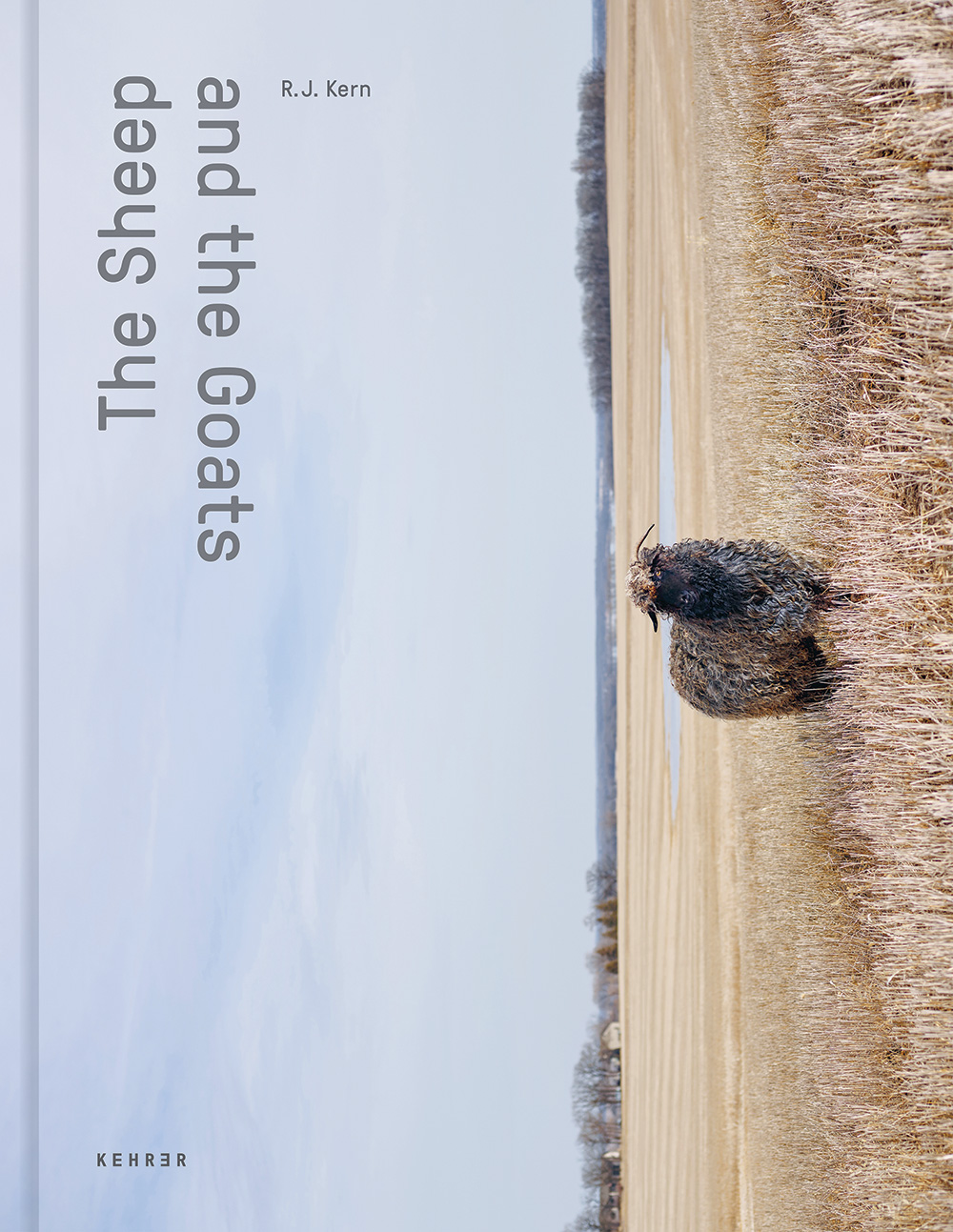 The Sheep and the Goats book cover

The second incarnation of the book is the Collector’s Edition in an edition of 50. The edition features:
SIGNED Limited Edition PRINT from a choice of two images (1/25)
50 signed and numbered copies of book (6 APs)
Customized wool felt book sleeve. Every sleeve is different.
National Geographic magazine (November 2017) will feature three images featured in the book
Two relics included
All Trade Edition details
The Collector’s Edition can be ordered here.

R. J. Kern (b. 1978) is an American artist whose work explores ideas of home, ancestry, and the sense of place. He uses the photographic medium in multiple formats, utilizing both natural and artificial light to document the interaction of people, animals, and cultural landscapes.

In May 2017, Corey Keller, Curator of Photography at the San Francisco Museum of Modern Art, selected Kern’s project, The Unchosen Ones, as her Curator’s Choice Award from CENTER (First Place). In November 2017, Philip Brookman, Consulting Curator, National Galley of Art, Washington, DC, awarded his work (Second Place) at the 2017 International Juried Exhibition at the Center for Photographic Art exhibited in Carmel, CA.

A portfolio of his work is featured in the November 2017 issue of National Geographic along with work on exhibition at the National Portrait Gallery in London. In Spring 2018, Kern will publish his first monograph with Kehrer Verlag titled, “The Sheep and the Goats.”

Kern work’s resides in the permanent collection at the Griffin Museum of Photography and the Museum of Fine Arts, Houston.

He lives and works in Minneapolis, Minnesota. 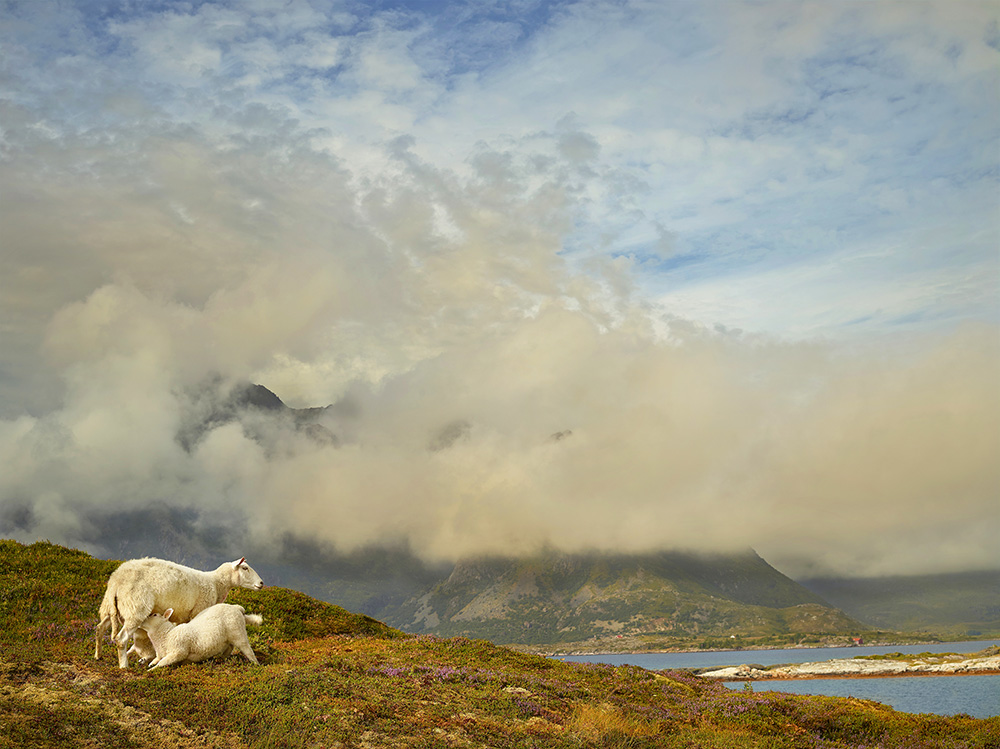 The Sheep and the Goats

“The Sheep and the Goats” represents two bodies of work, The Bovidae: Divine Animals and Out to Pasture, in visual conversation. The work calls attention to the cultural landscapes surrounding domesticated animals. The Bovidae: Divine Animals looks at animals and environments in my family’s ancestral heritage: Ireland, Germany, Norway, and Iceland. Out to Pasture responds as a meditation on rural America from my home state of Minnesota, USA. Together, these projects offer perspective on the meaning of pastoral in contemporary time. Among my influences are the landscape painters of the nineteenth century, especially regarding the use of light and composition. 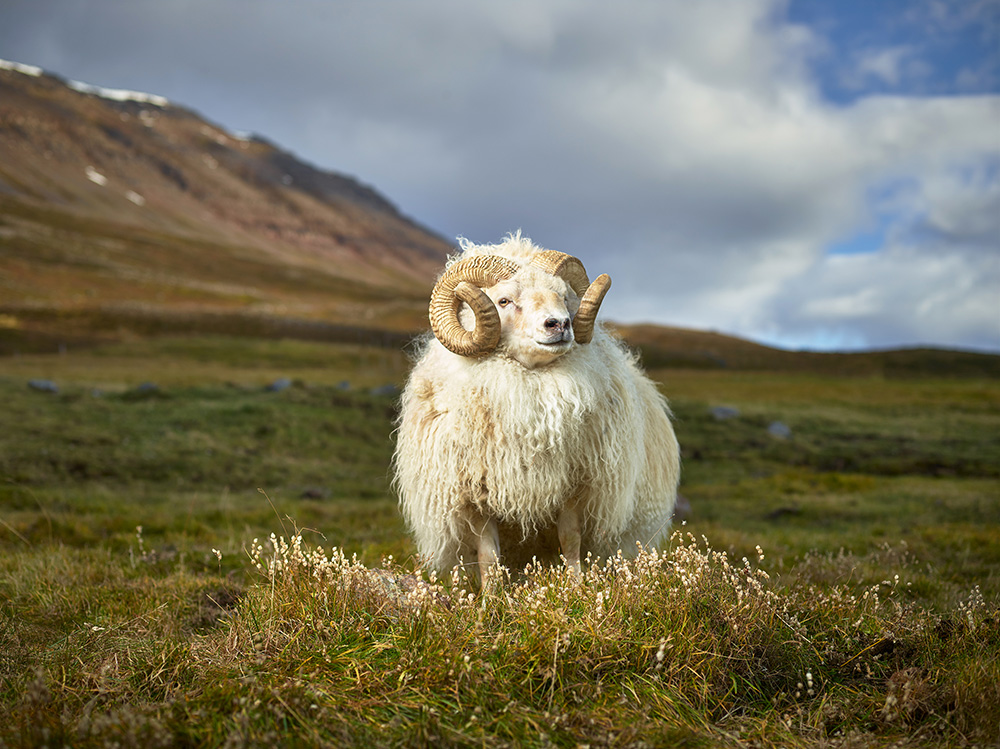 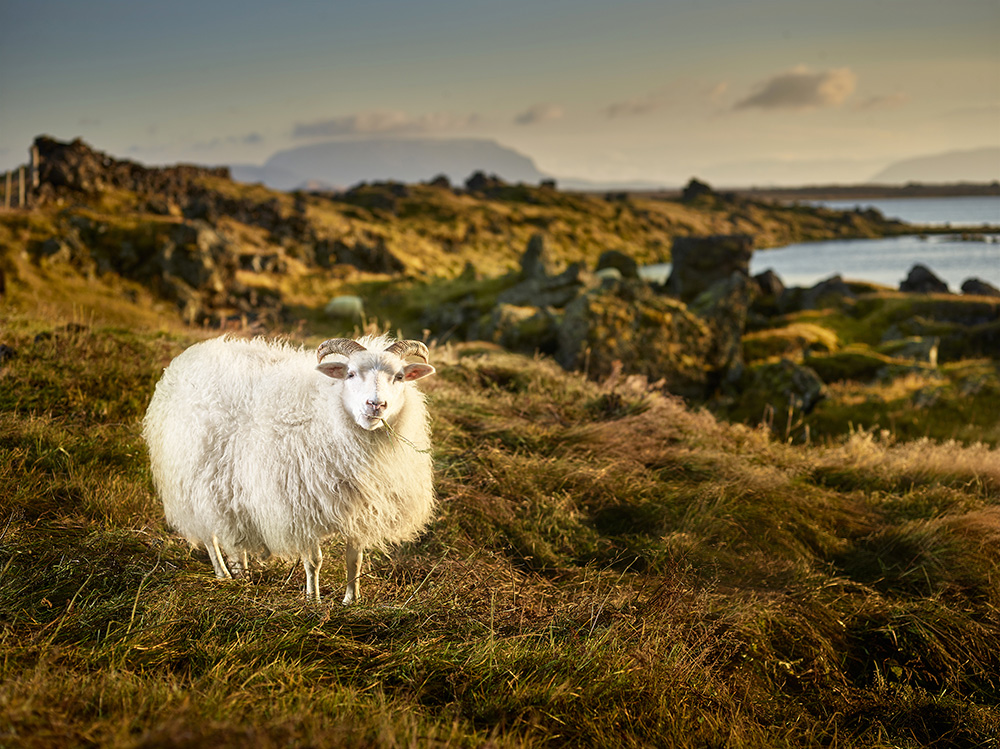 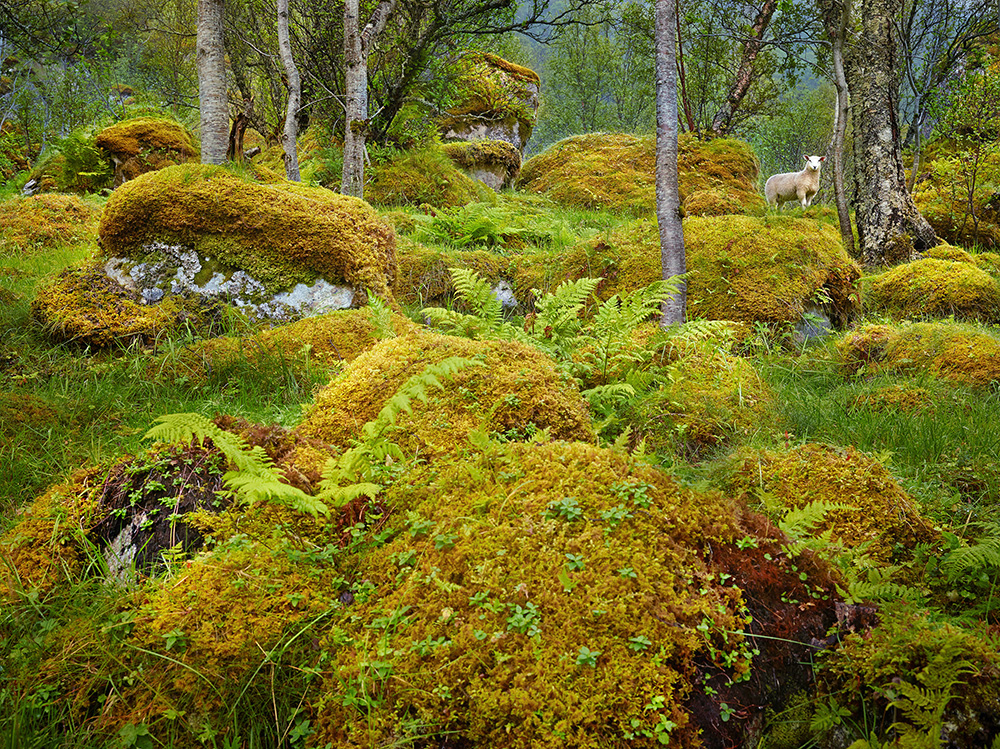 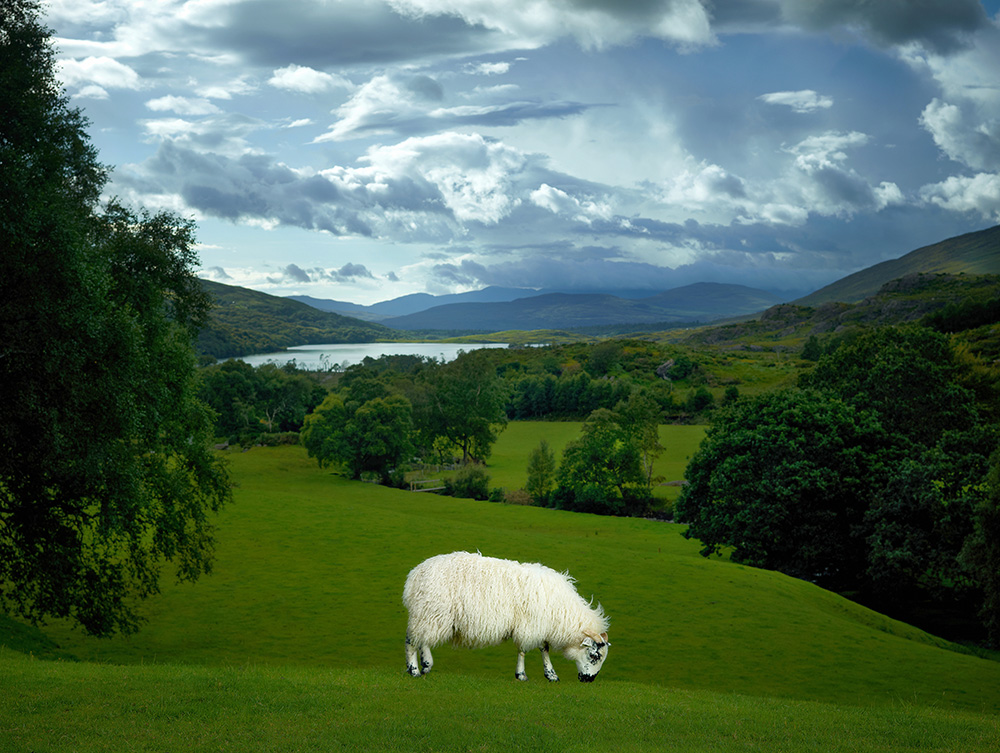 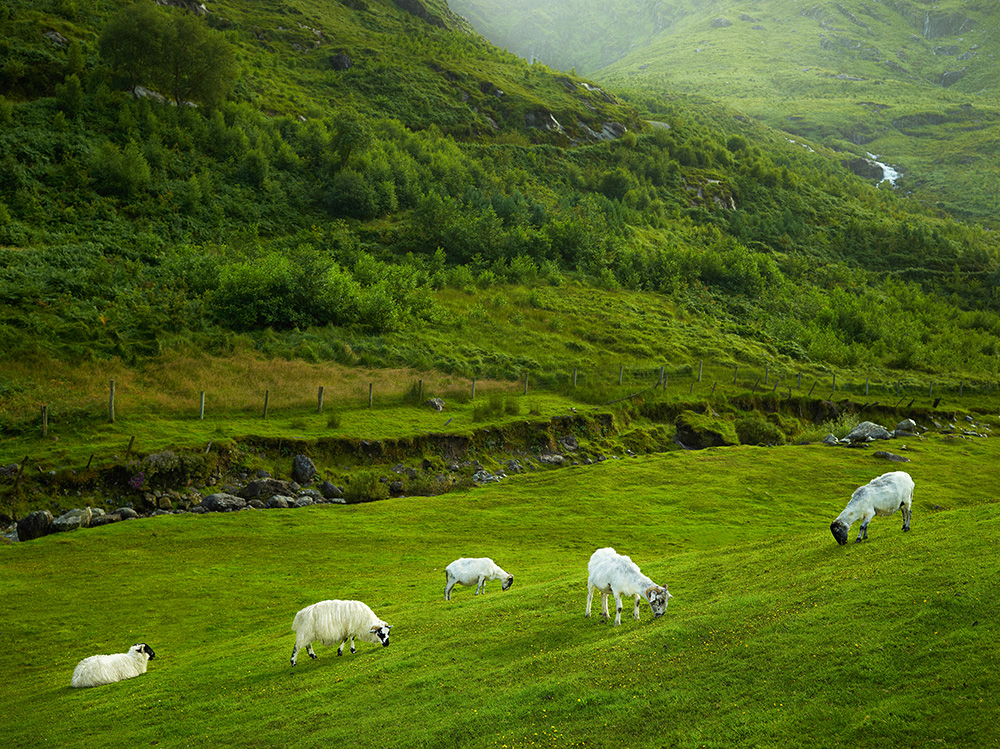 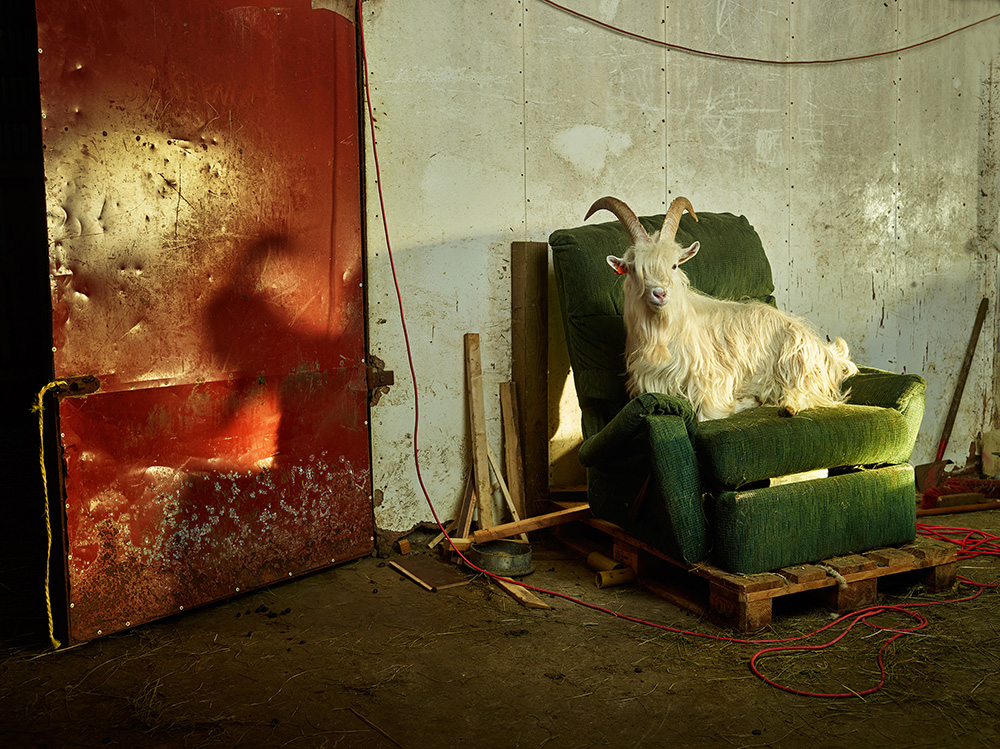 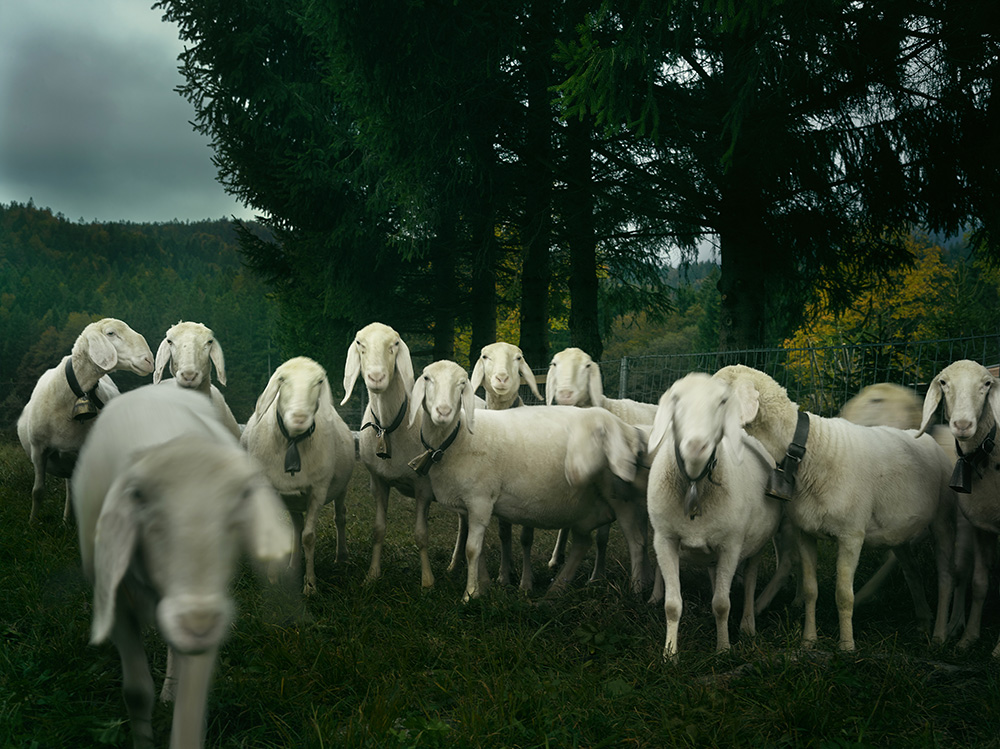 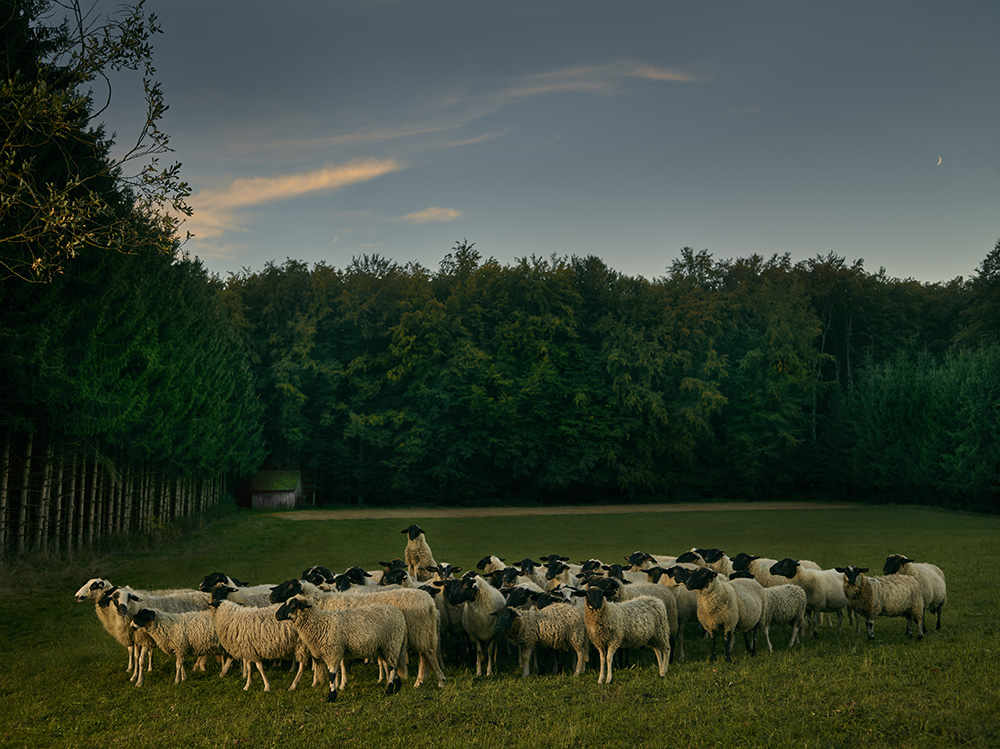 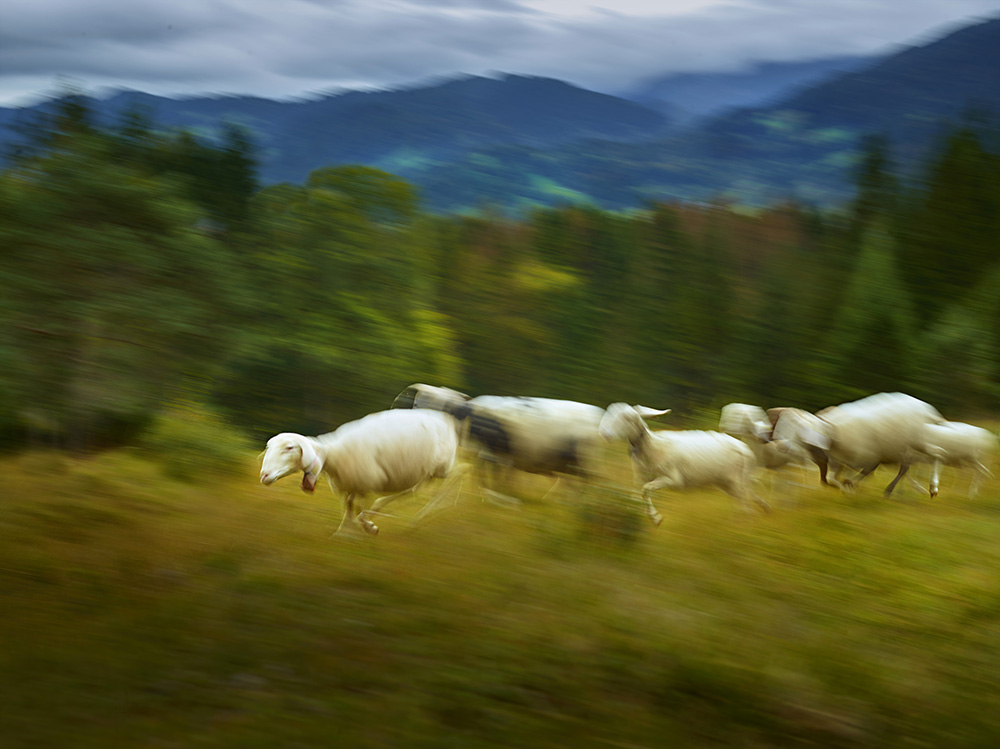 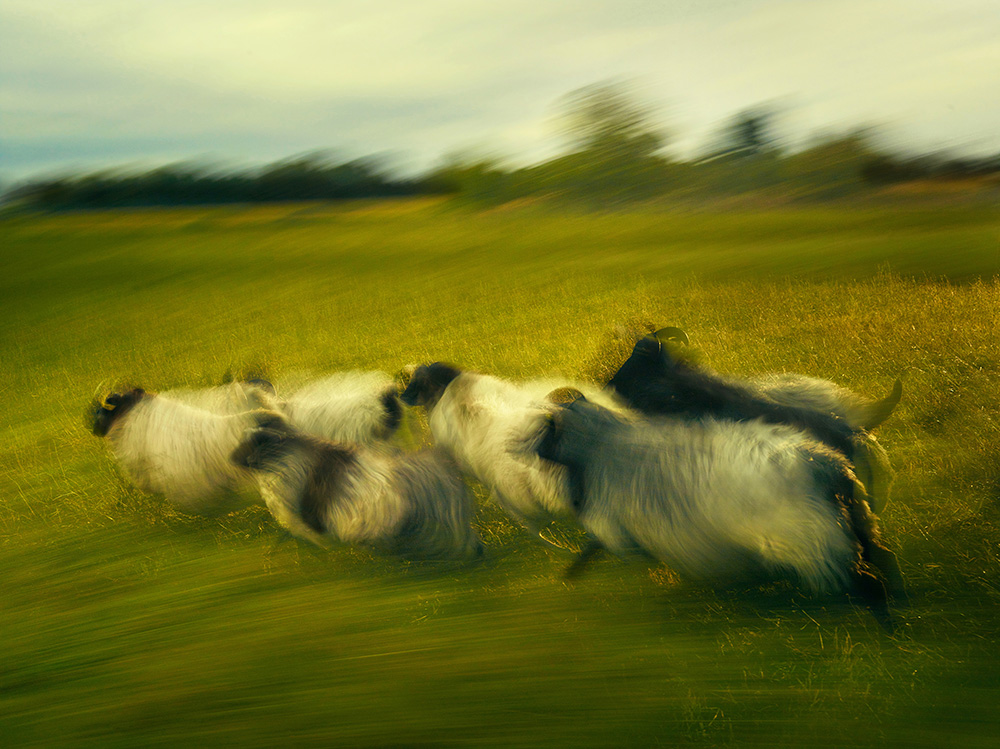 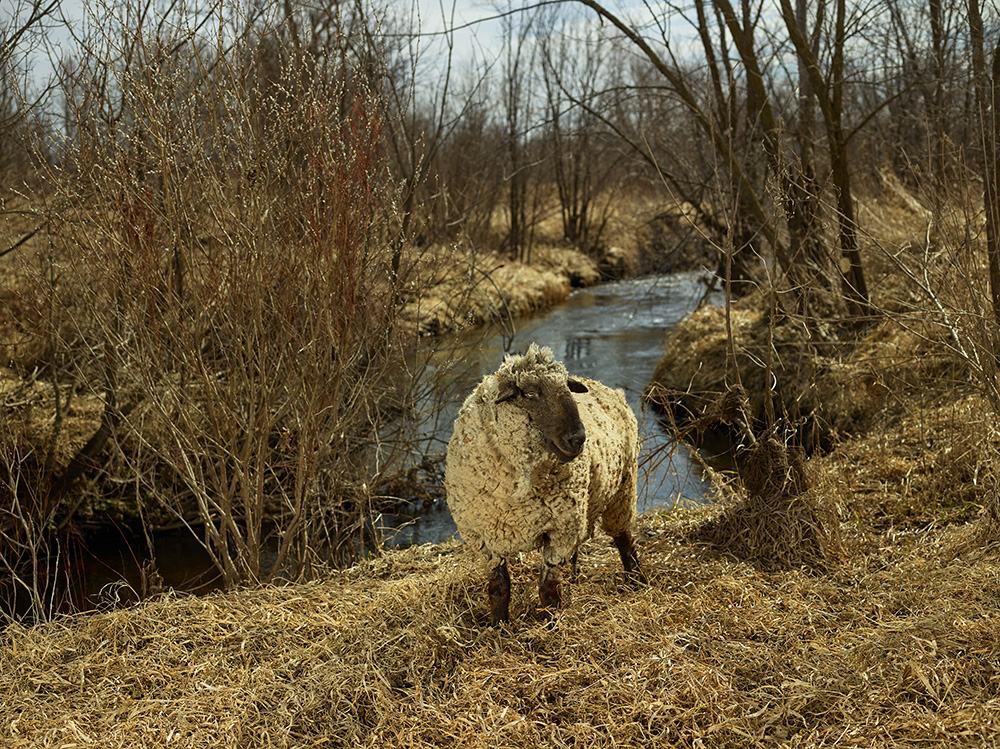 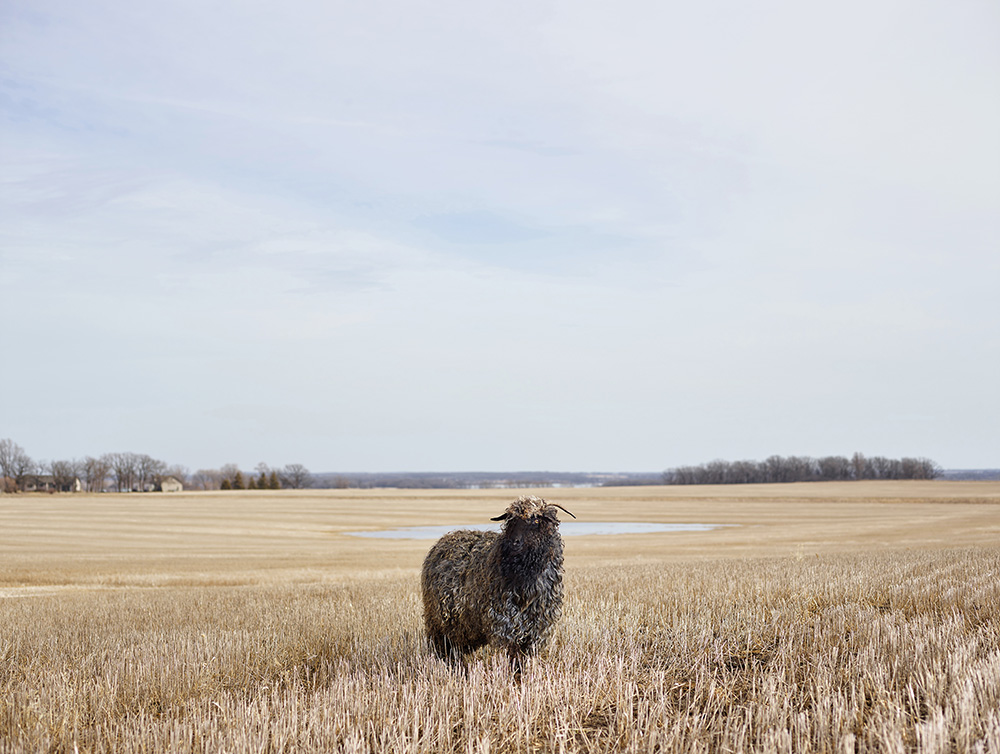 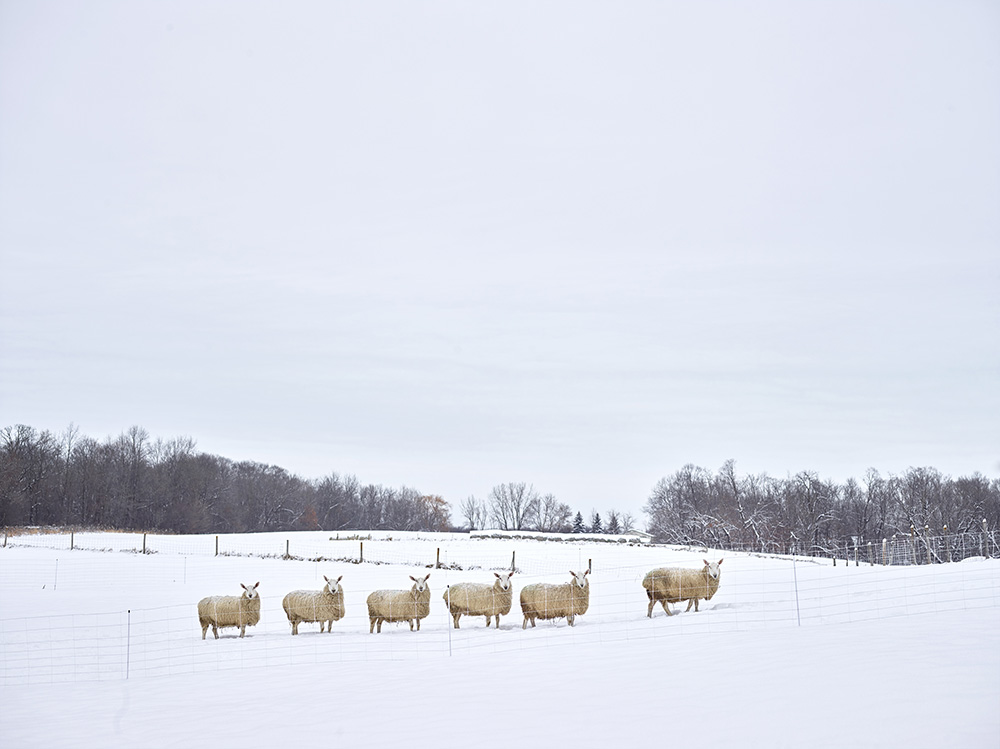