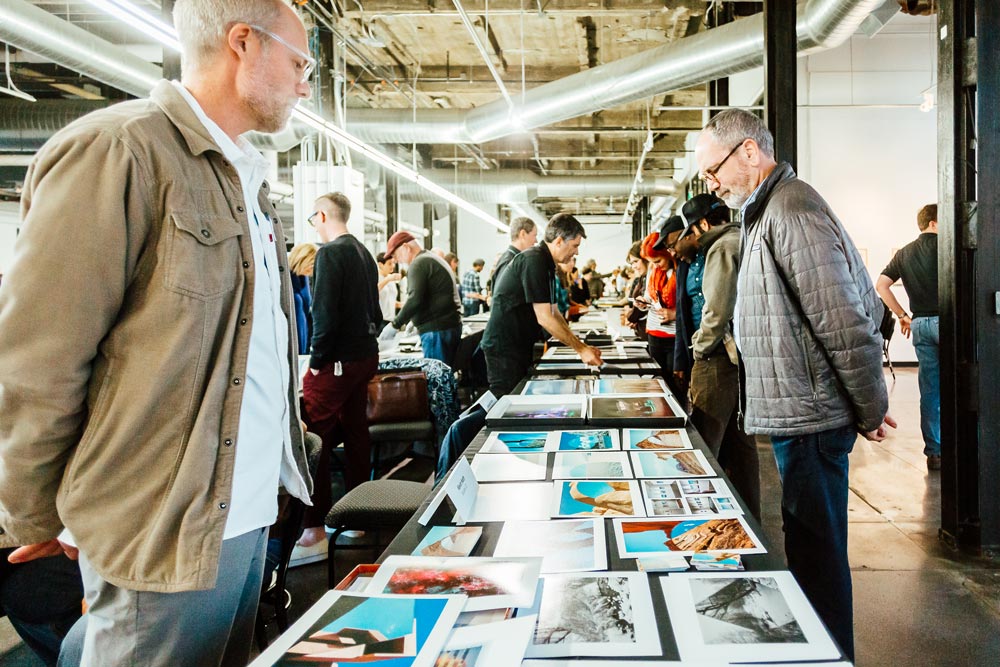 Open Portfolio Walkthrough during Month of Photography (MoP) 2019, Denver. ©From the Hip Photo, Courtesy of CPAC

If you read all the press coverage about Month of Photography (MoP) in Denver, you’ll see one word appear consistently: massive. Extending from March through the end of April, MoP includes more than 120 exhibitions, talks, openings, tours and other events at 100 venues across the Denver Metro region. More than 500 photographers have work on display, offering a mix of local, national, and international perspectives. At the heart of the festival were the MoP Portfolio Reviews, a two-day event that brought 30 reviewers from across the country to Denver to review work by 62 photographers.  It’s also what brought these two writers together — Megan Ross from Charlottesville, Virginia, and Katie Harwood from east of the Front Range in Lafayette, Colorado —  to explore the festival, gather with the community, and ask the question: What is it about Denver’s photo scene that makes MoP possible?

To find out, we attended several shows, talks, and events, and interviewed reviewers, artists, gallerists, and others. We also were invited to sit in on some of the portfolio reviews. Here’s what we discovered:

One of the greatest examples of this friendly and supportive arts community can be found at the galleries — typically an intimidating place for this artist (Katie) to visit — but not in Denver. Galleries and curators here are accessible, welcoming, and willing to converse. I had such an experience recently at Walker Fine Art when, fellow photographer Julia Vandenoever, and I walked in to see the MoP show Elements featuring work by Russell Brown, Bonny Lhotka, Kevin Hoth, Robert Buelteman, Jane Fulton Alt, and Conor King which runs through April 20, 2019. The front door had not even closed behind us when owner Bobbi Walker greeted us enthusiastically and assured us we were welcome, even though we had inadvertently interrupted an artist talk in the back of the gallery. She smiled and thanked us for coming even though she had never met us — and, (speaking for myself) despite the fact that I was dressed more for grocery shopping than gallery hopping. After a few minutes of viewing the show, we were greeted by a gallery assistant who eagerly gave us a tour of some of the interactive and digital works. When we left the gallery, we both remarked how that was an experience unique to Denver. That just doesn’t happen in other major art cities. And after speaking to several people while researching for this article, this welcoming, accessible example of visiting Denver galleries was echoed back to us over and over again.

“The photography community in Denver is so supportive, friendly and welcoming. And it’s a small enough city that you can easily get to know all the core people — the photographers, the curators, the non-profit directors — who make things happen,” said Brenda Biondo, a Denver-based photographer and exhibiting artist in Inspiration | Expression, a group show of abstract photography at the Colorado Photographic Arts Center (CPAC) on view through April 20. “I couldn’t do what I do here in Colorado in New York City, and I’m from New York City.” 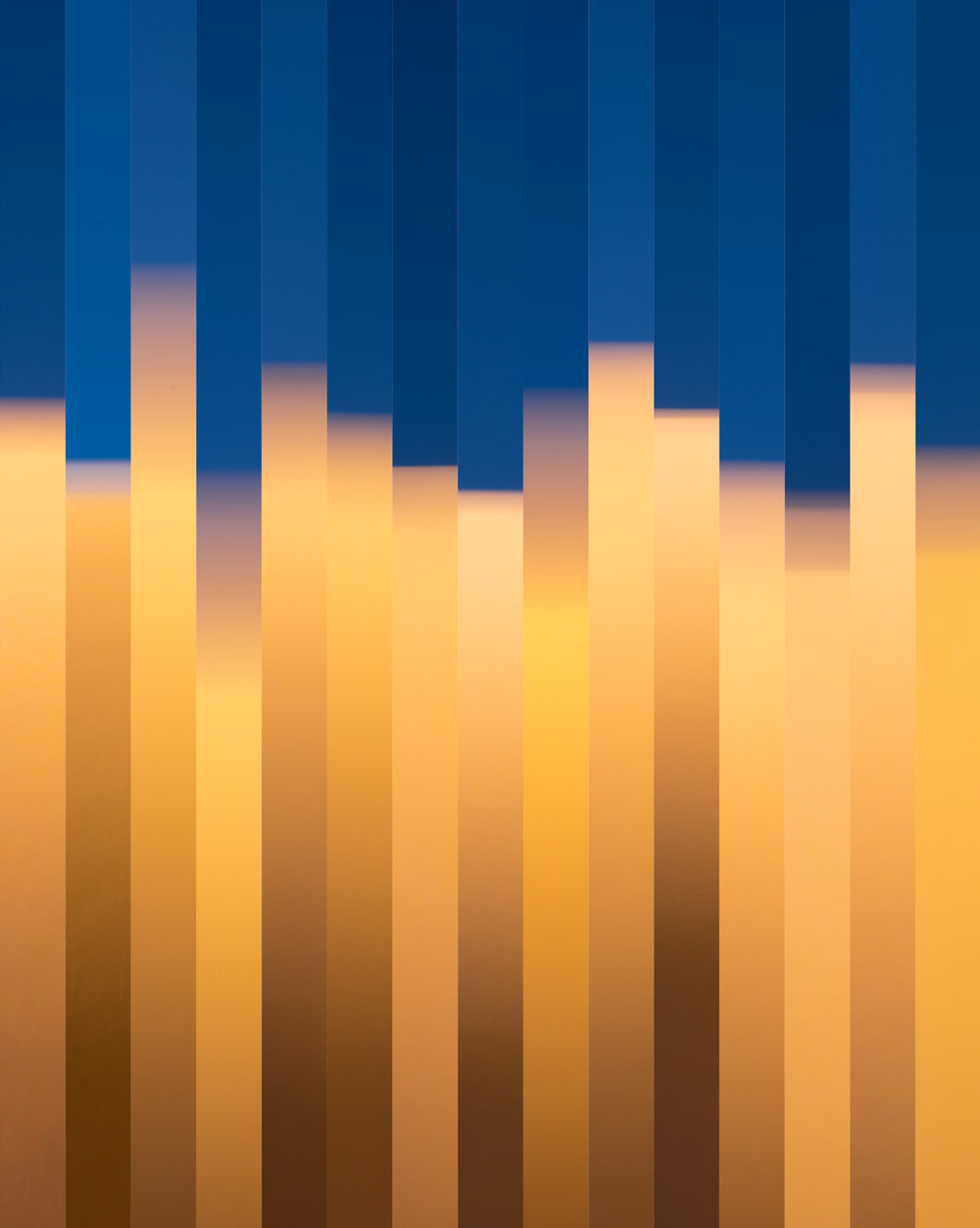 Modality No. 4, © Brenda Biondo, on view in Inspiration | Expression at CPAC. Courtesy of CPAC.

Noah McLaurine, a photographer from Albuquerque, who had his first major show here at Firehouse Art Center, an opportunity he said he could not find in New Mexico, remarked on his feeling that Denver is still kind of like the wild west. “There is an air of possibility in Denver, a feeling that you can start something, or come up with an idea, and if it is good, find support regardless of who you are or know and that this is rooted in Denver’s history as a town of The West — a place where you could go and start from scratch, without the histories that burden many other places that have been around for much longer,” he said. 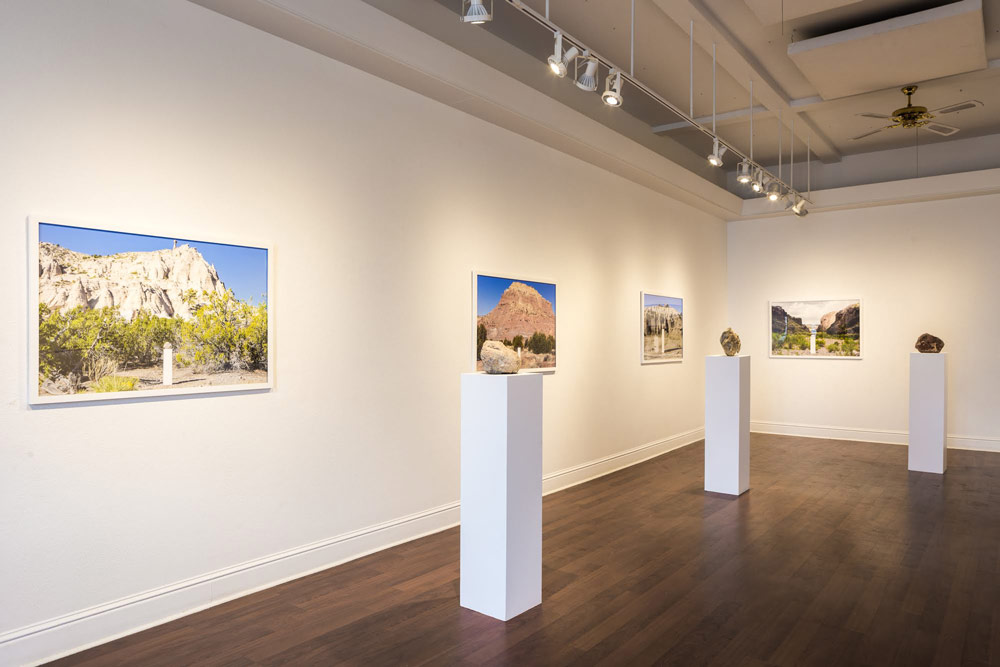 Eric Nord, co-owner and curator of Leon Gallery, sees Denver as a great place for early career artists to reach the next level. In 2018, Leon transitioned to a nonprofit arts organization dedicated to mentoring emerging artists across multiple disciplines, with a mission to nurture and promote each artist, assist them in the development of their practice, and connect them with greater and more ambitious career opportunities. Through April 20, Leon is showing Nights, an exhibition of photographs by Jeff Davenport, an LA-based artist who earned degrees in Film and Art History at University of Colorado at Boulder. 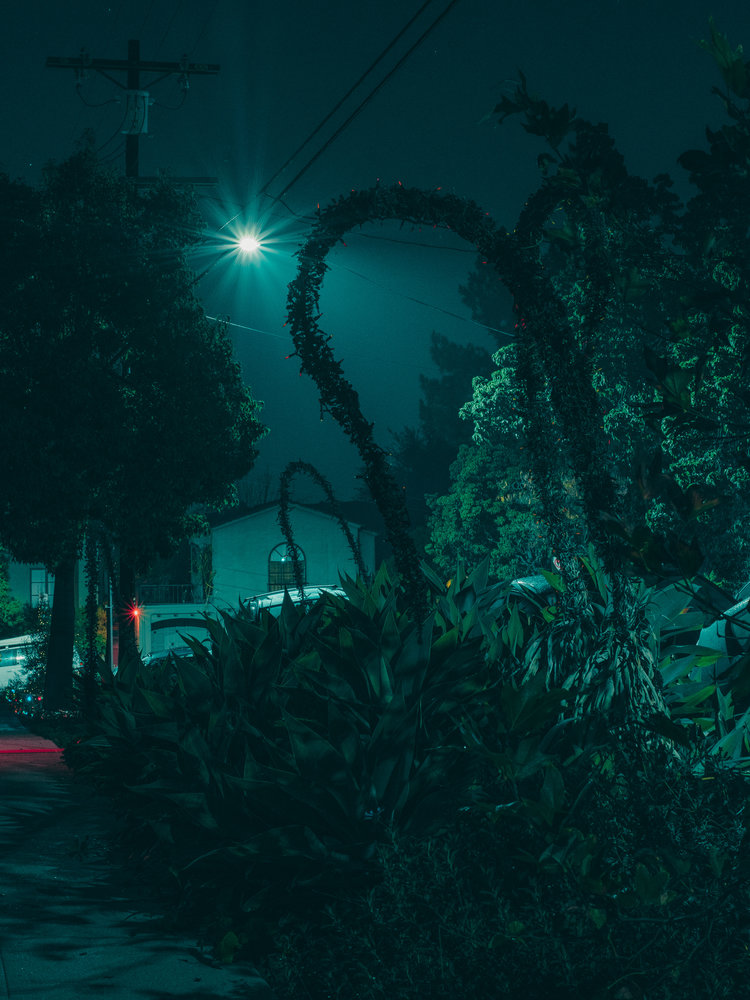 © Jeff Davenport, from the exhibition Nights at Leon Gallery in Denver. Courtesy of Leon Gallery.

Another example is JuiceBox, a new gallery and educational space created by Aaron Mulligan and his wife, Lucia Rodriguez. The couple studied art in New York and recently moved to Denver. “In New York, the galleries are more about money, and if you don’t look a certain way you may be rushed out the door. But here people are very open and friendly, and it’s more about community. That aligns more with our values.” Their MoP show, Nearer to Thee, is open through April 19 and features photographs by Joseph Kolean, a Denver-based artist who mixes his own photographs with his father’s archive of family portraits to explore ideas of memory, life trajectory, and family relationships. 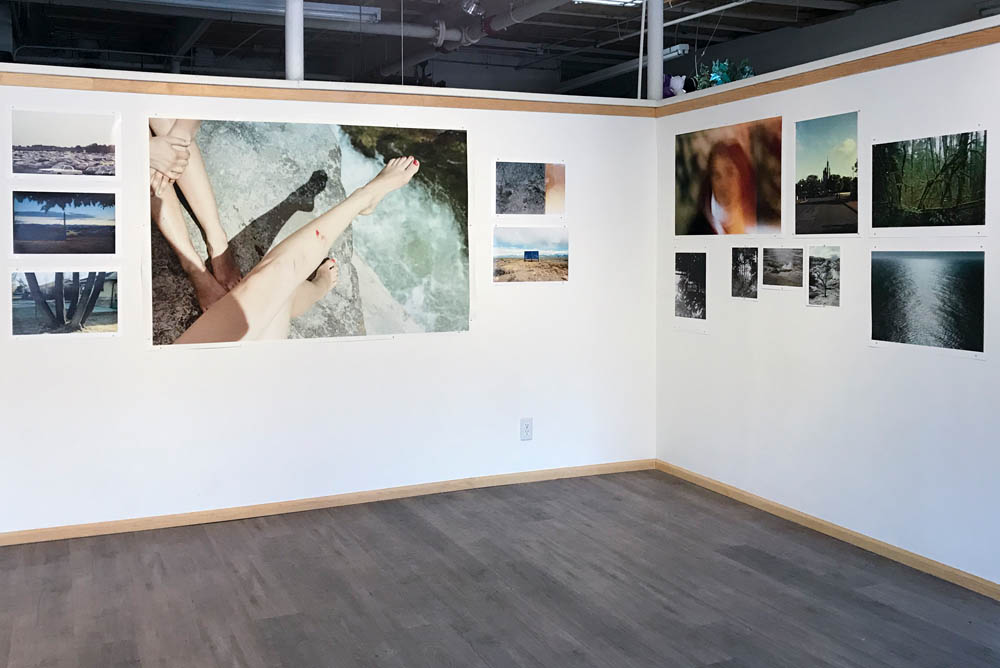 As for the photo community, Colorado is blessed with a strong and growing photography scene that stretches back to the 1960’s with the legendary Camera Obscura Gallery, owned by Hal Gould, and Robert Adams who lived and worked quietly north of Denver in the 1970s. Today, Colorado is home to two notable nonprofit organizations with year-round photography programming, CPAC in Denver and the Center for Fine Art Photography (C4FAP) in Fort Collins; multiple colleges and universities with photography programs; a handful of excellent galleries that show photography; and a photography department at the Denver Art Museum.

MoP Portfolio Reviews Should Be On Everyone’s Radar

Organized by CPAC, MoP Portfolio Reviews are the backbone of the festival. Held at the art-themed Curtis Hotel, this year’s reviews took place March 23-24 and included local luminaries such as Eric Paddock, Curator of Photography at the Denver Art Museum and Hamidah Glasgow, Executive Director and Curator at C4FAP. The reviews also attract an impressive roster of out-of-state guests, including Darren Ching of KlompChing Gallery in NYC, Christy Havreneck from the Huffington Post, Brian Clamp, Owner and Director of ClampArt, and Kat Kiernan, Editor-in-Chief of Don’t Take Pictures, Mary Virginia Swanson, and Aline Smithson of Lenscratch, among other industry influencers from the national photography community (check out the full list). 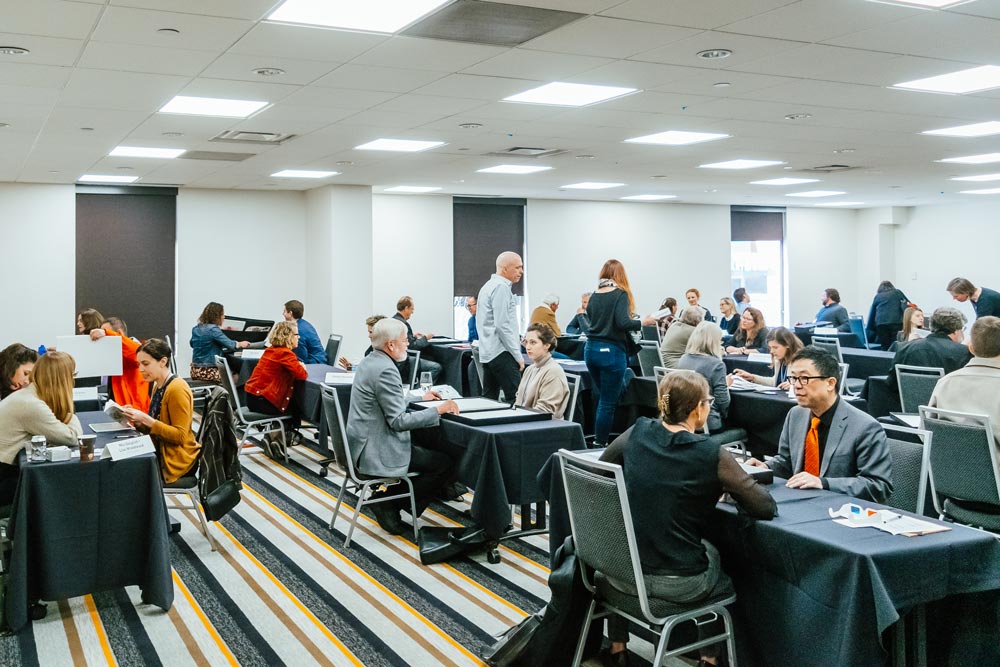 Andy Mattern, an artist based in Stillwater, Oklahoma, traveled to Denver for the reviews because he saw an opportunity to make new connections. “I’ve been to all the major photo festivals, and I came to Denver because I could have a different experience and different conversations,” he said. “That holds a lot of value to me as an artist.” 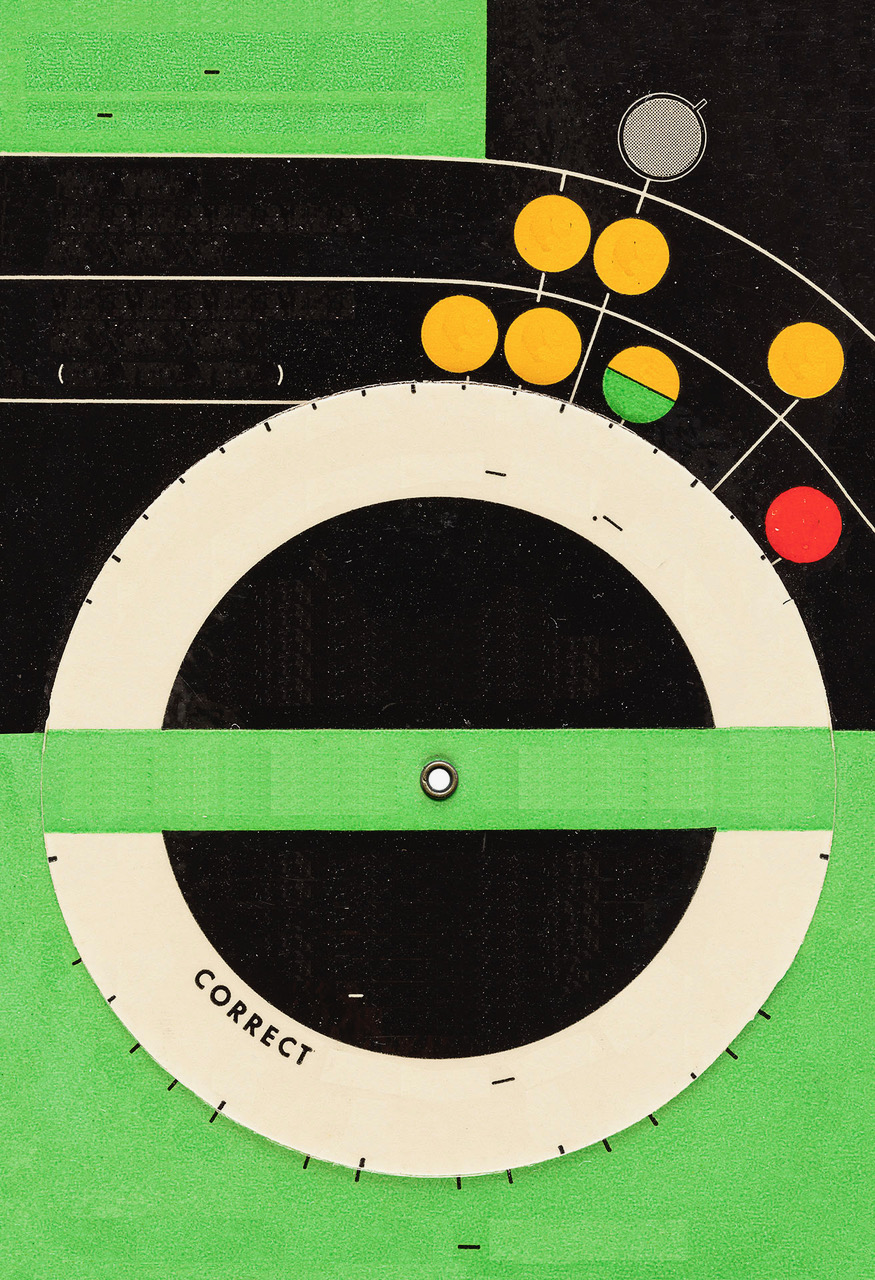 Reviews are also priced lower than many other reviews on the national circuit, and students can register at a discounted rate.

“I encourage all of my students to do MoP Reviews. They’re a great introduction to the national photography scene,” said Emma Powell, a photographer and Assistant Professor of Art at Colorado College in Colorado Springs. 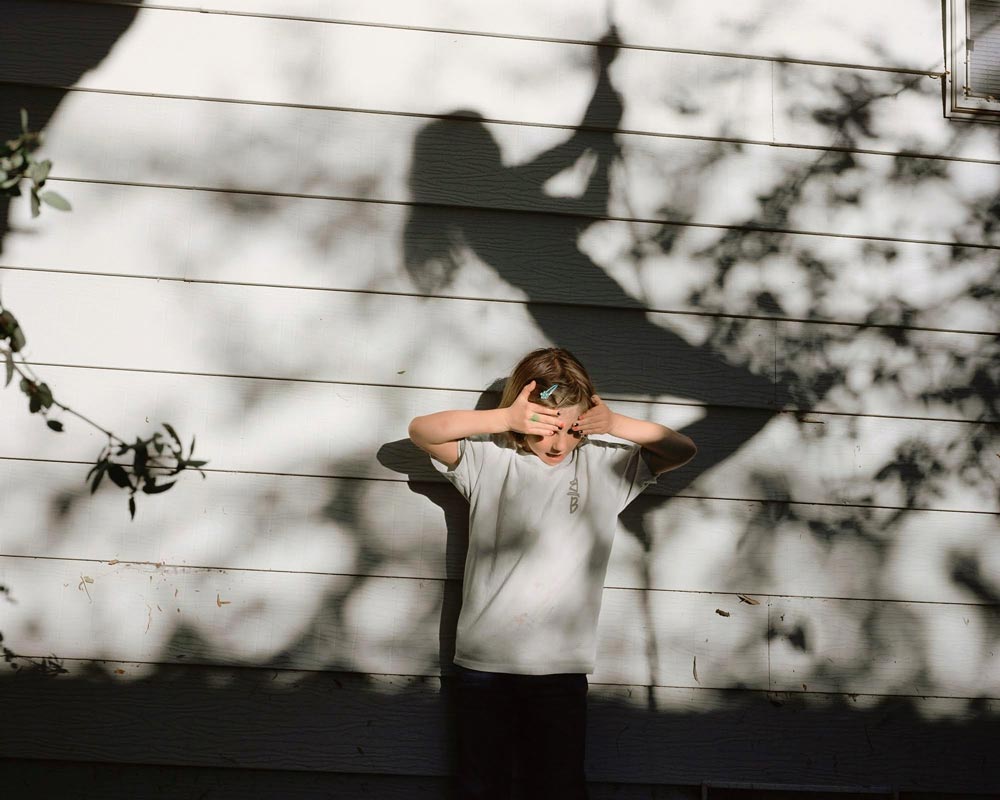 As mentioned earlier, more than 100 different art venues are participating in MoP, ranging from major art museums and galleries to frame shops and coffee houses. The festival is a great opportunity for early and mid-career photographers to build their exhibition resumes, and we saw a few names pop up in multiple exhibitions around the city, such as Colorado-based artists Kevin Hoth, Susan Goldstein, and Tya Alisa Anthony. MoP includes plenty of artists from the national and international scene as well, such as Kris Graves (NY) and Zora J. Murff (AR), who had works on view in Gravity of Perception (now closed) at the Center for Visual Art, and Marja Saleva (Helsinki, Finland) in Delirium, Three Visions (closing April 7) at Redline Contemporary Art Center. 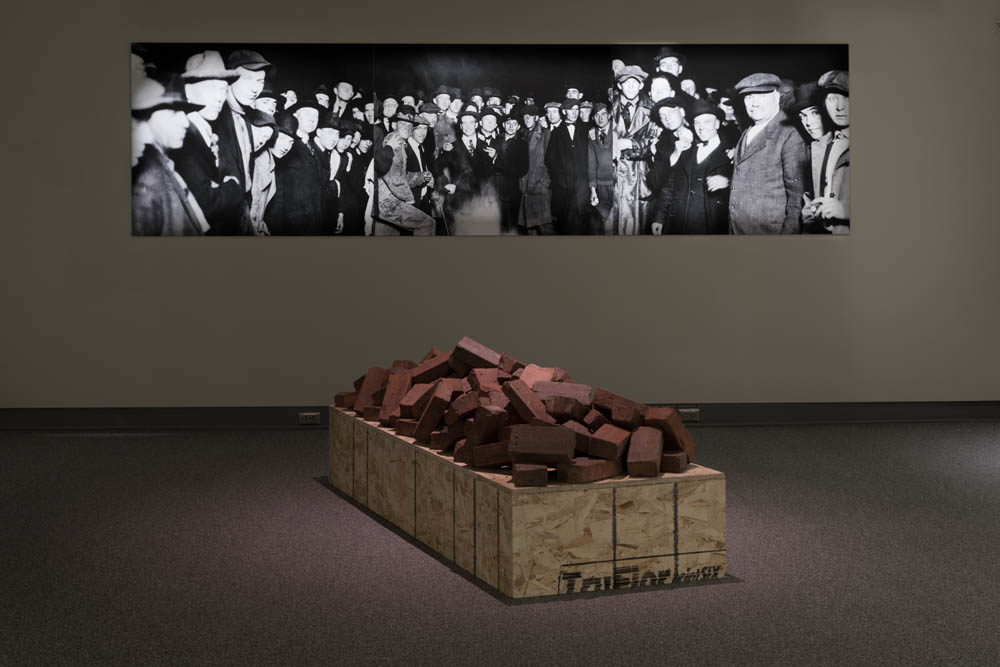 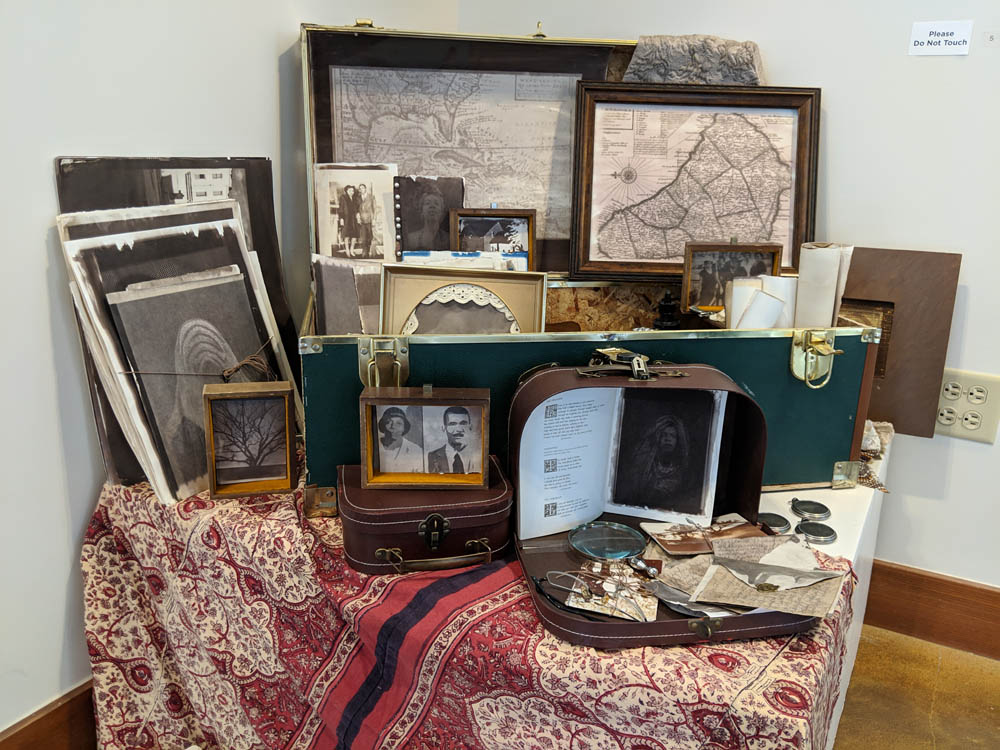 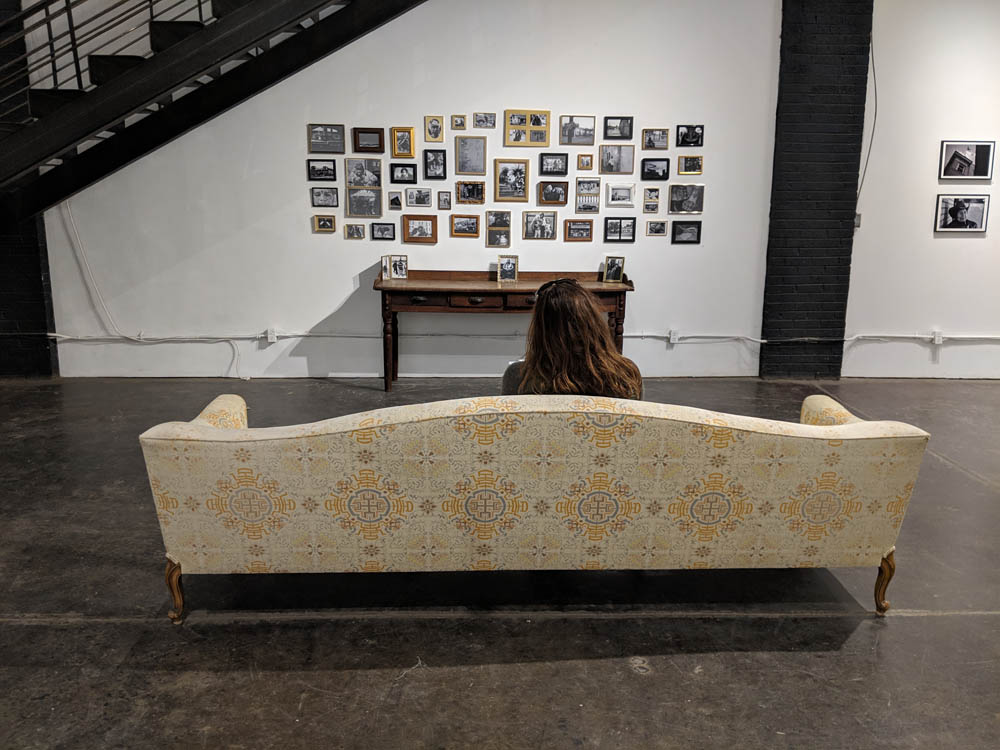 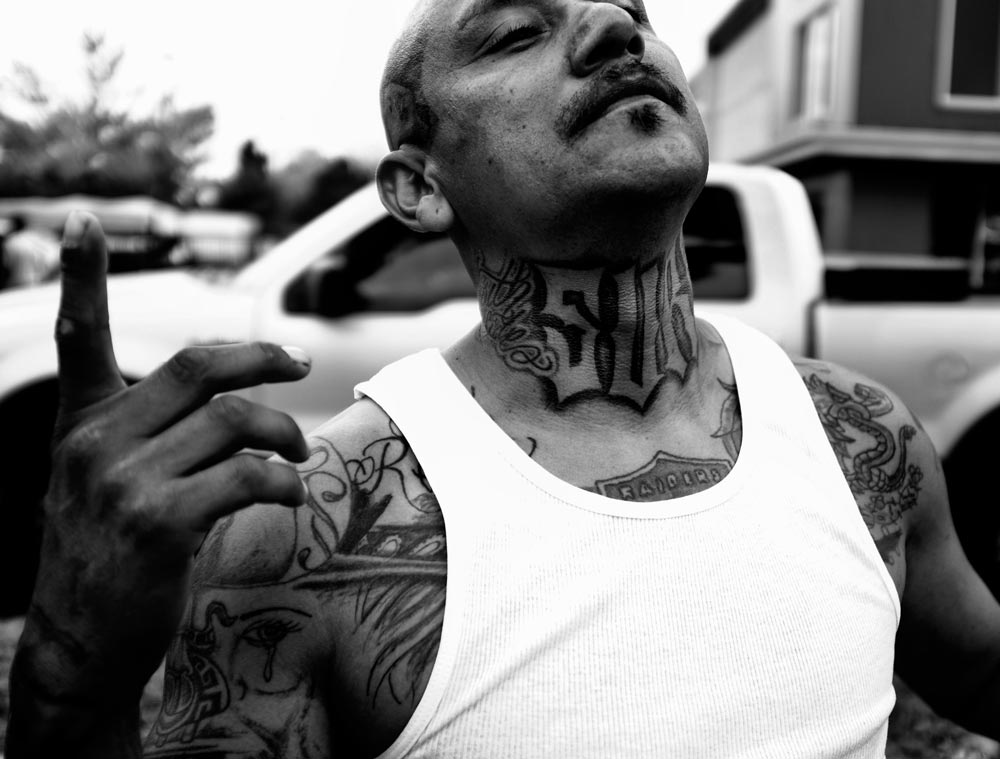 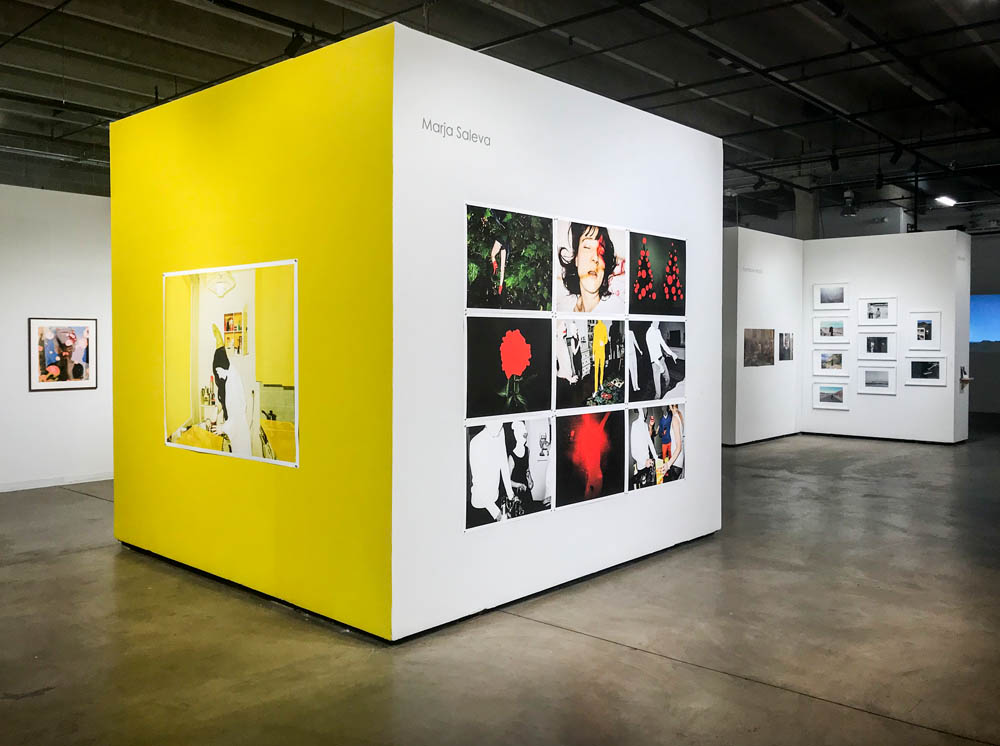 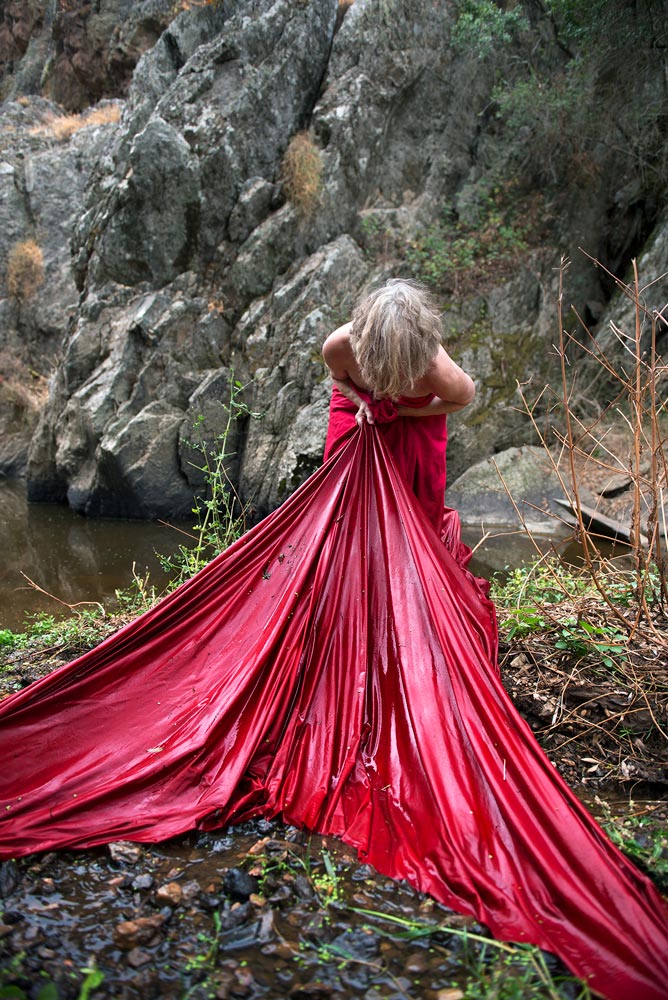 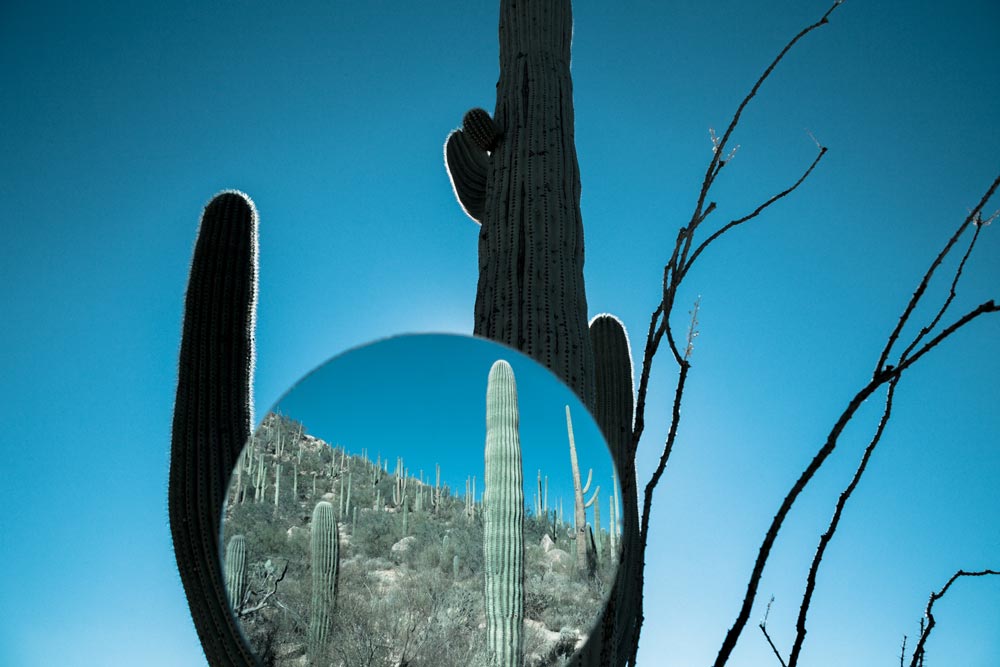 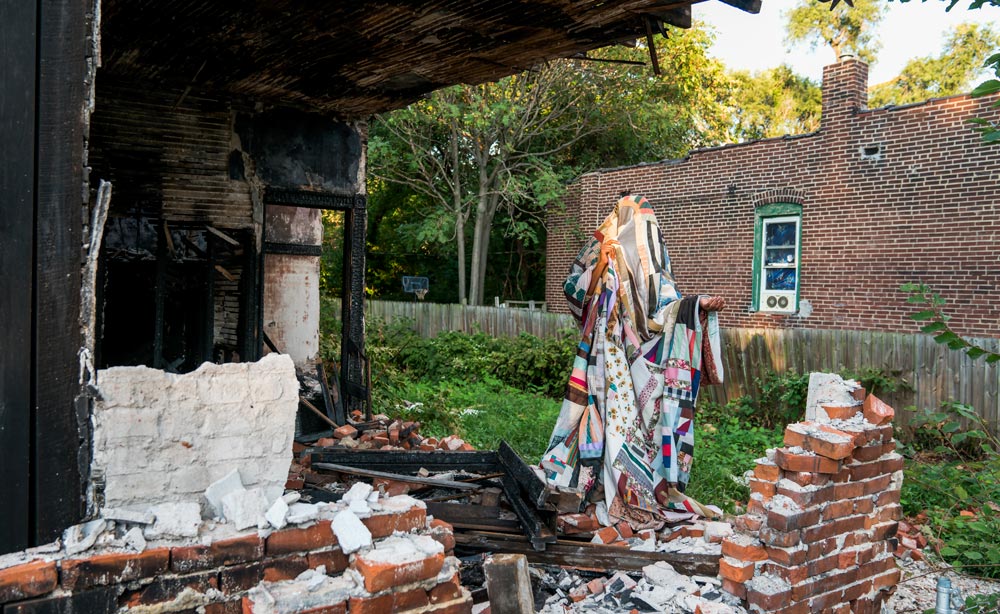 Birth by Fire, © Basil Kincaid, on view at In The Fold at Rule gallery, Denver. Courtesy of mopdenver.com / Rule.

MoP 2019 continues through the end of April. If you missed it this year, not to worry, the festival will return to Denver in 2021.

For a complete list of MoP exhibitions and events, visit mopdenver.com.