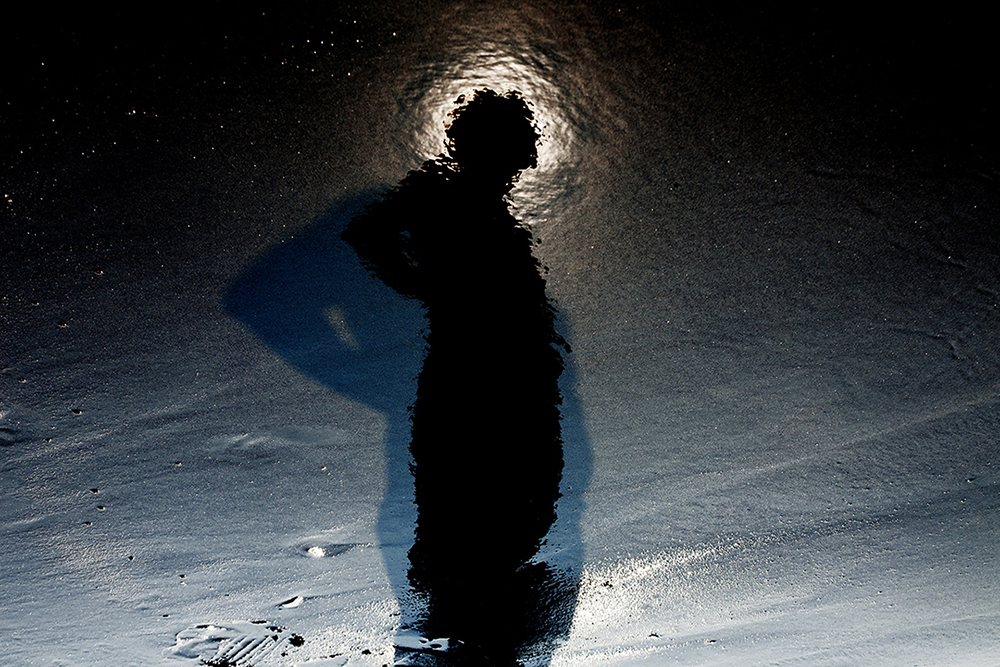 This past week, editor Rita Lombardi shared the work of artists who work from a studio or work from home. For photographer Leslie Jean-Bart, working from home has been a novelty because much of this practice is created at water’s edge. For the past 10 years, he has walked the shoreline of Coney Island, looking for the magic of light, water, and reflection, but also finding it a place of sanctuary and contemplation. His new series Echoes of Past Present uses quarantine as a pivot to reconsider his photographic practice and legacy. Before I start the post, I want to recognize that Leslie was just awarded the $1,500 Arthur Griffin Legacy Award from the Griffin Museum of Photography. Congratulations Leslie!

Let’s start from the beginning with his long term project, Reality and Imagination to understand the genesis of his practice. Fifteen years ago, Leslie became his mother’s caretaker, a task that he felt unprepared for and often overwhelmed by. As a way to transport himself literally and physically, he began taking walks on the beach–the ocean being a place that connected him to his home country of Haiti. This act of walking, changed how he viewed the world and made him consider the two perspective of an immigrant–one foot in the country of his birth and one foot in his chosen country.  He would keep this duality in mind when considering which self was taking the photograph:

“As I worked on each segment of my project I mentally assigned a very loose characteristic or definition to that given segment.  One segment was, say, where the host culture was in charge and doing the viewing, another was the immigrant interacting and doing the watching within the host culture. Another was the immigrant culture interacting within its own community.  How and what I shot at that particular time was very much influenced by the loose characteristics I assigned to that segment and whatever related thoughts were wafting in my mind about that subject.

No matter how loose those given characteristics or definitions were, there was the one physical element that was always there in my field of view. That element was the thin white and silvery line of light that sliced in one fashion or another through the frame. I always saw it in some form or another as the dividing line, as the border and entry point between the two cultures.”

Reality & Imagination is a visual exploration of the interaction between the culture of the host country and the culture of the immigrant, such as myself, who lives permanently abroad. I explore that relationship through photographing the movement of the tide and sand at the beach.

The cultures automatically interact in a motion that is instantly fluid and turbulent, just as the sand and tide. It’s a constant movement in unison wherein each retains its distinctive characteristics. This creates a duality that is constant. 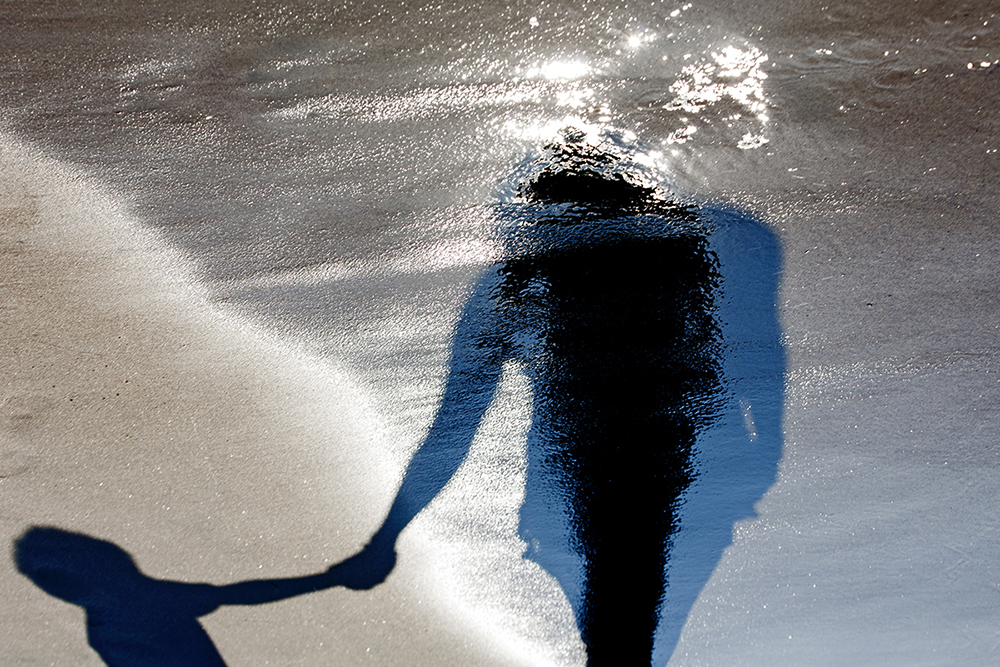 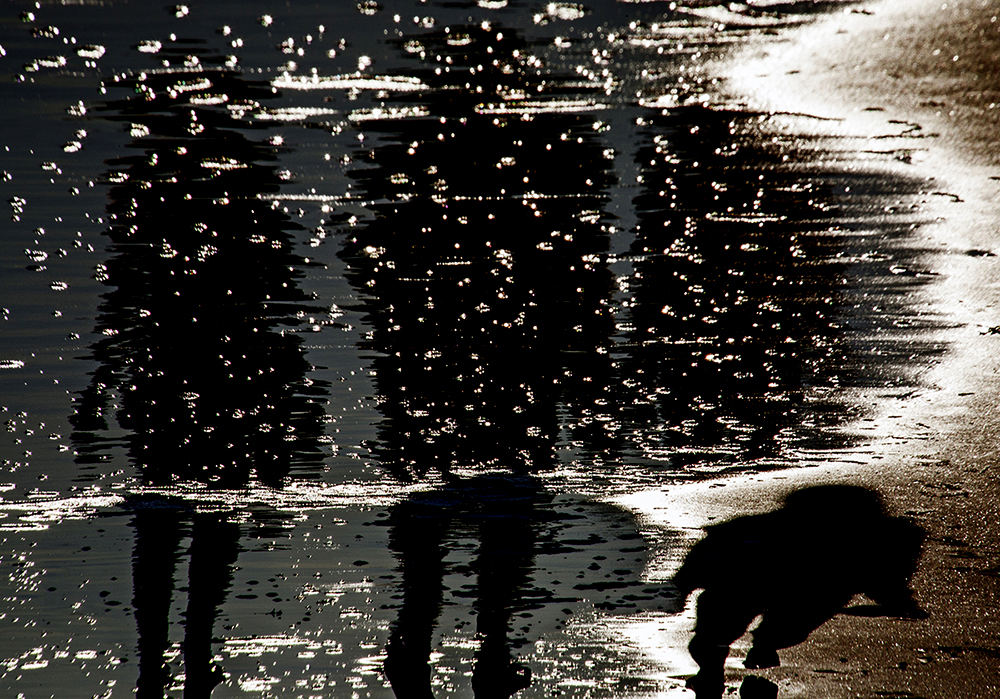 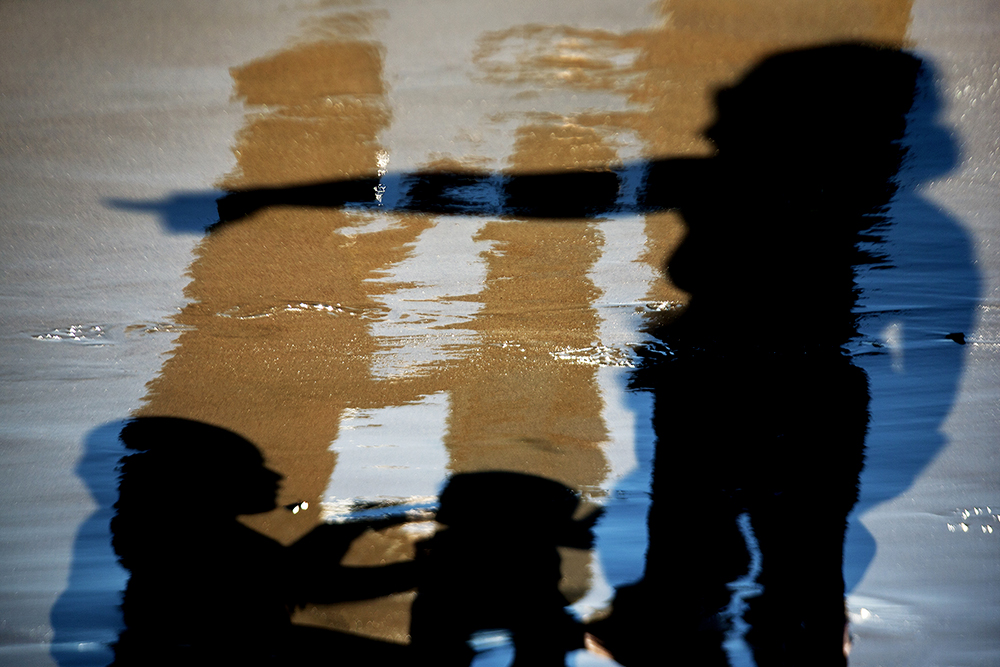 ©Leslie Jean-Bart, Get Out of Here 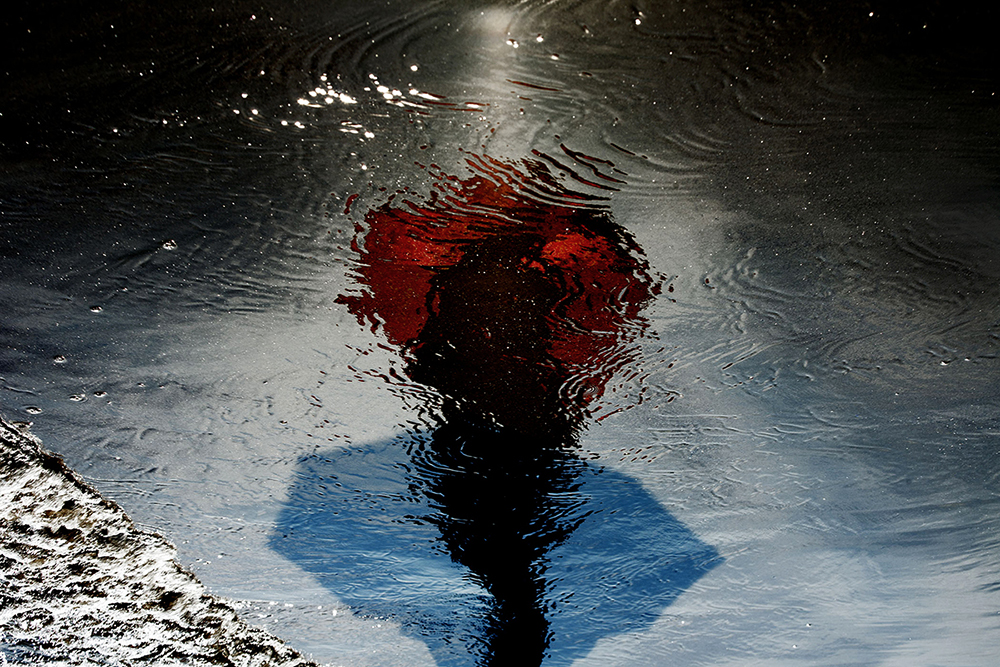 In the last months of self-quarantining, Leslie changed his presentation of the work to speak to the profound transition of losing his mother, after being her caretaker for 15 years. By removing color and sharp detail, and by using the tactile processes of printmaking, the photographs become objects of memory, to hold and consider.

For his project, Echoes of Past Present, he states,”in this series, I call forth the many happy memories that are continuing to nourish and strengthen me in my grief. In an attempt to hint at these feelings as well as what I am going through, I’m combining the processes of Photography and Printmaking. In my mind, Printmaking represents memories/past, and Photography the soothing effect that these memories are periodically having on me in the current situation.” 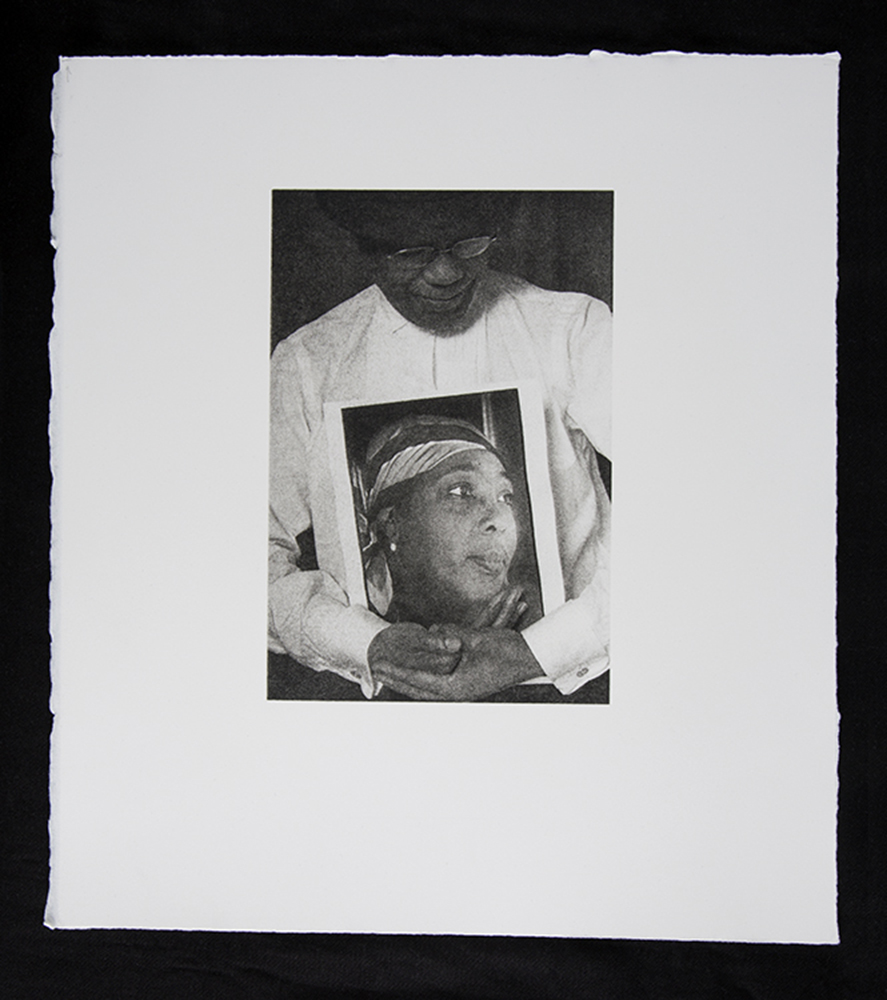 Echoes of Past Present
“We don’t ‘move on’ from grief, we move forward with it – Nora McInerney

Many of us found ourselves grieving and unable to properly say goodbye or put to rest our loved ones as we shelter-in-place during this COVID-19 pandemic.

Grieving still since my mother’s transition last year after I having been her caretaker for the past fifteen years, I am often filled with dread as I wonder what life would have been for the both of us if she was still alive today.

My most recent series “Echoes of Past Present” is inspired by the coping with my mother’s passing. In this series I’ve called forth the happy memories that are continuing to nourish and strengthen me in my grief in an attempt to help me carry through by combining the processes of Photography and Printmaking. 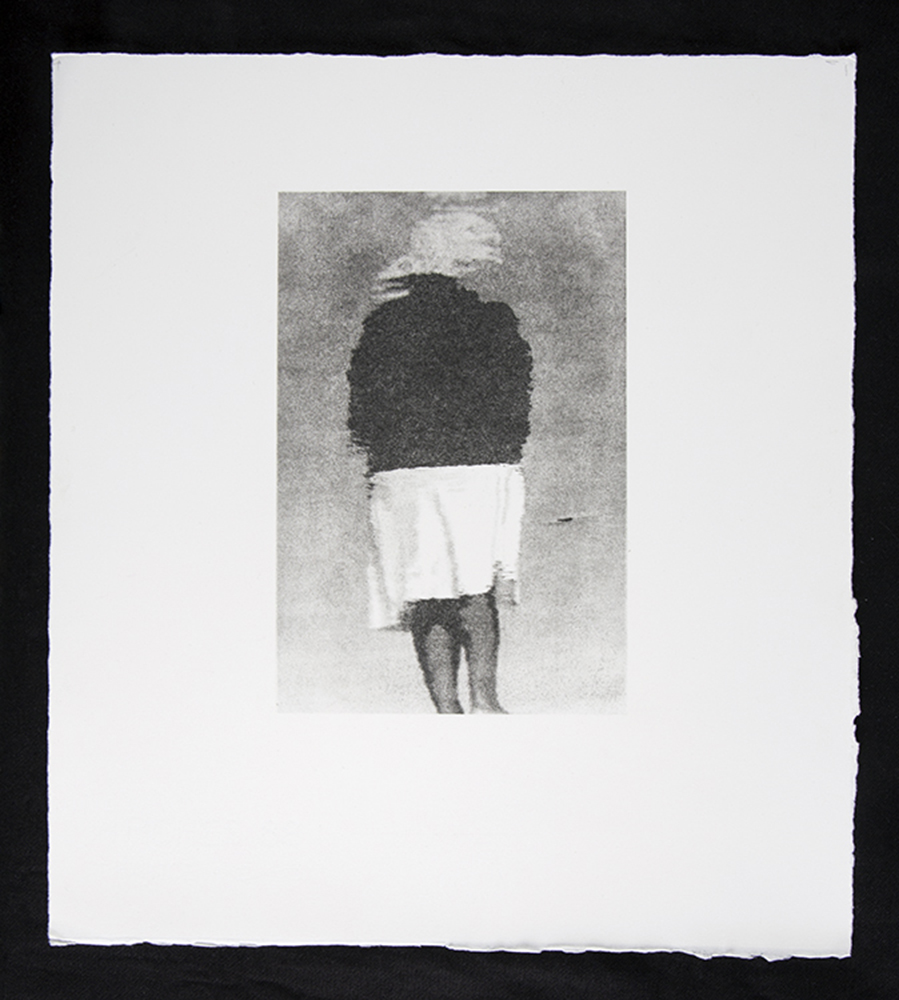 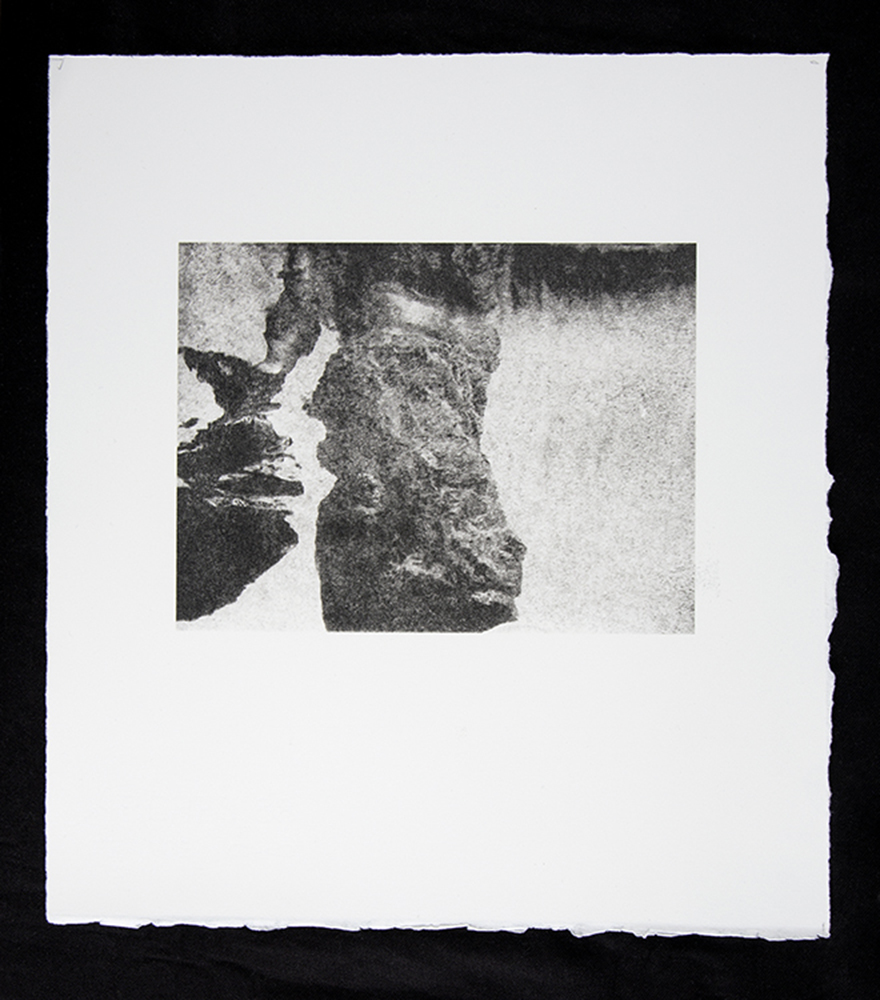 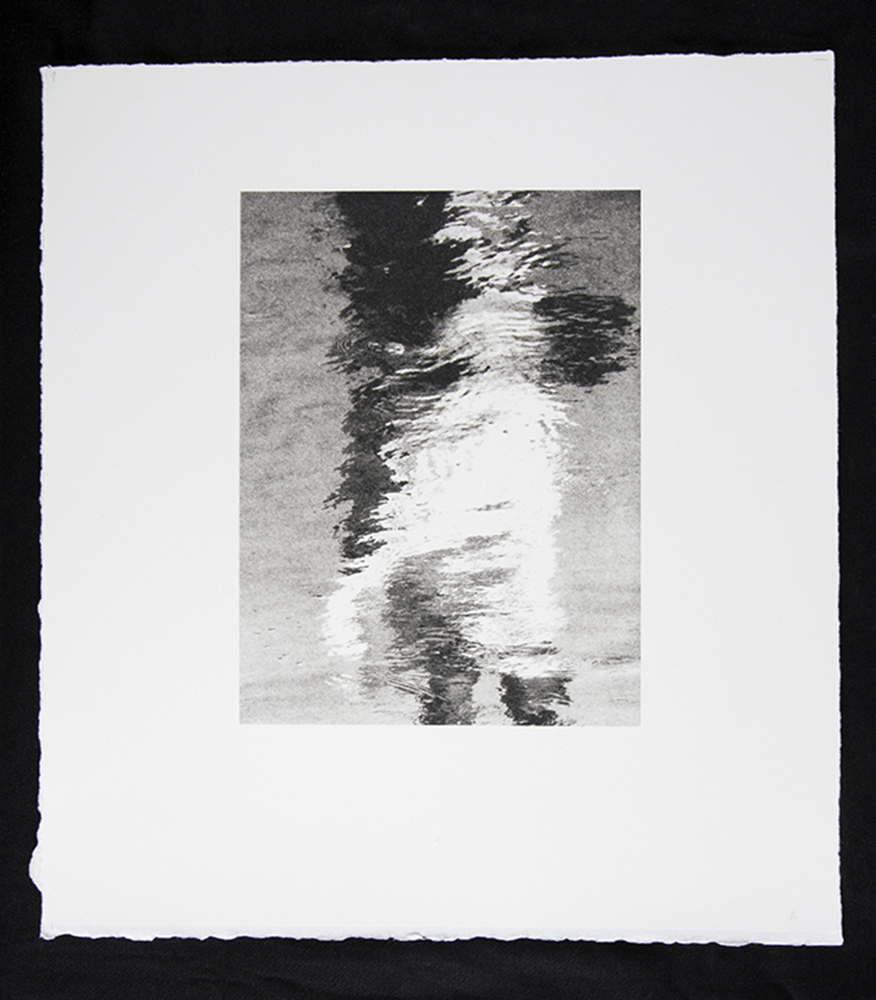 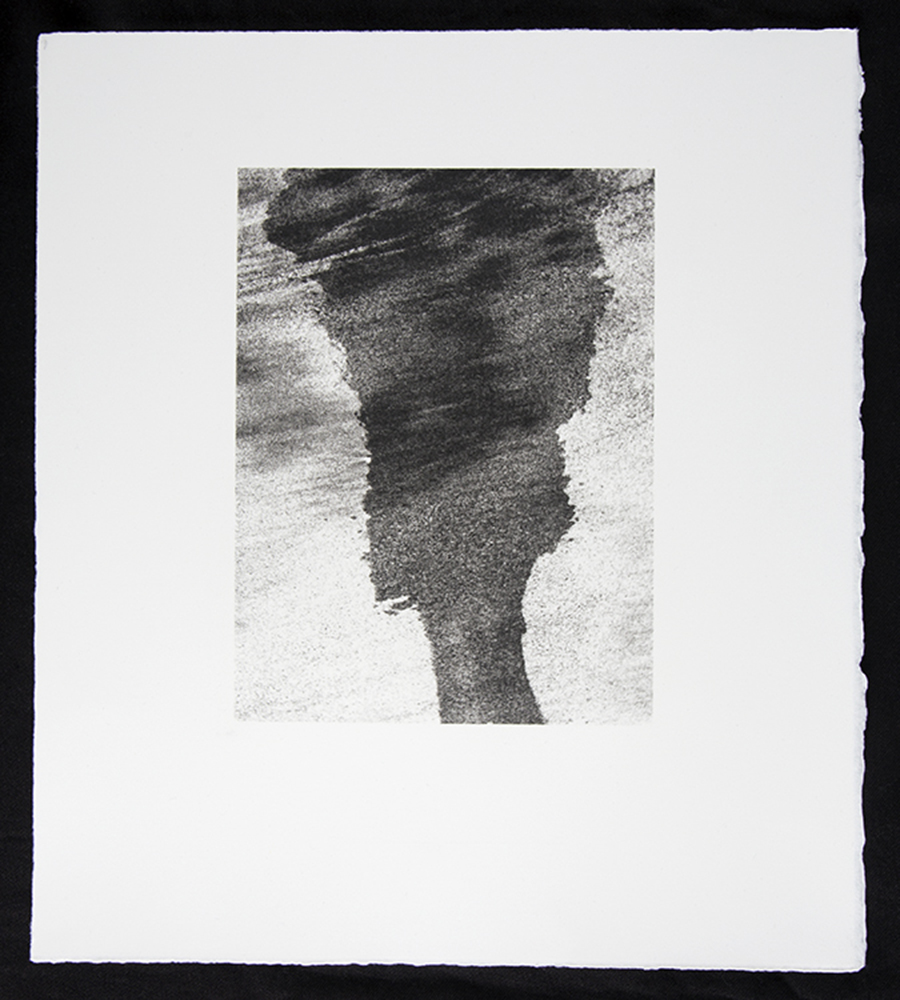 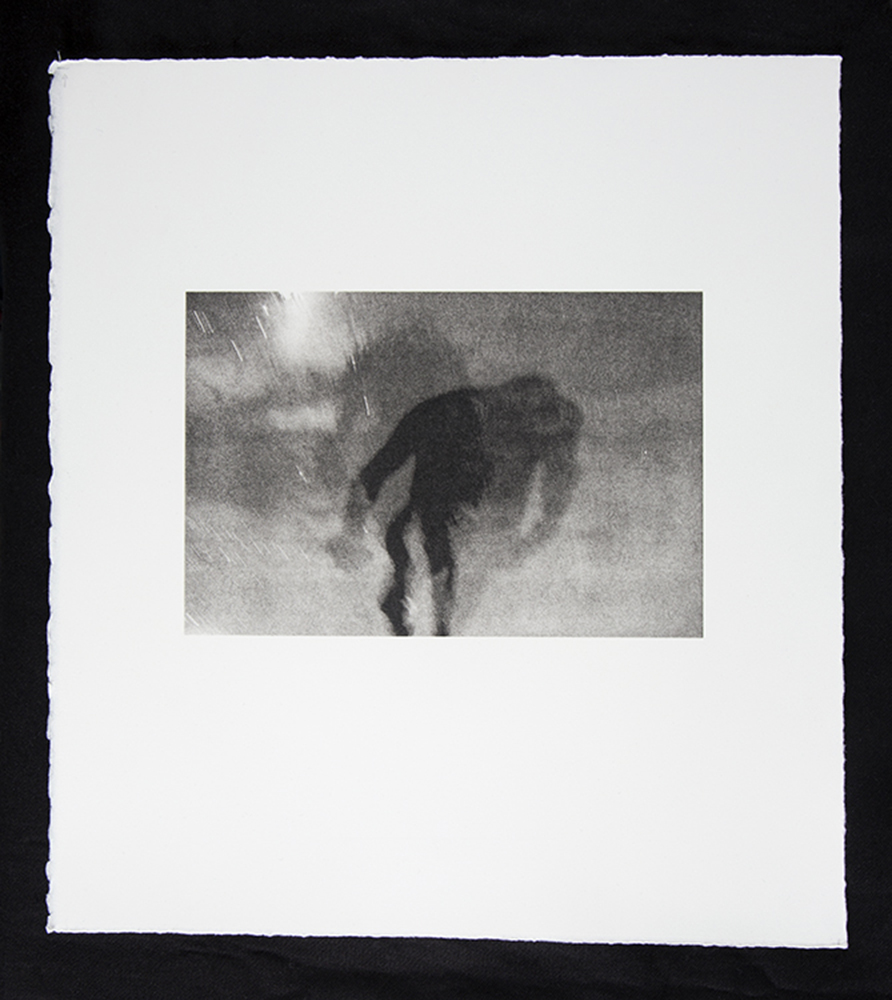 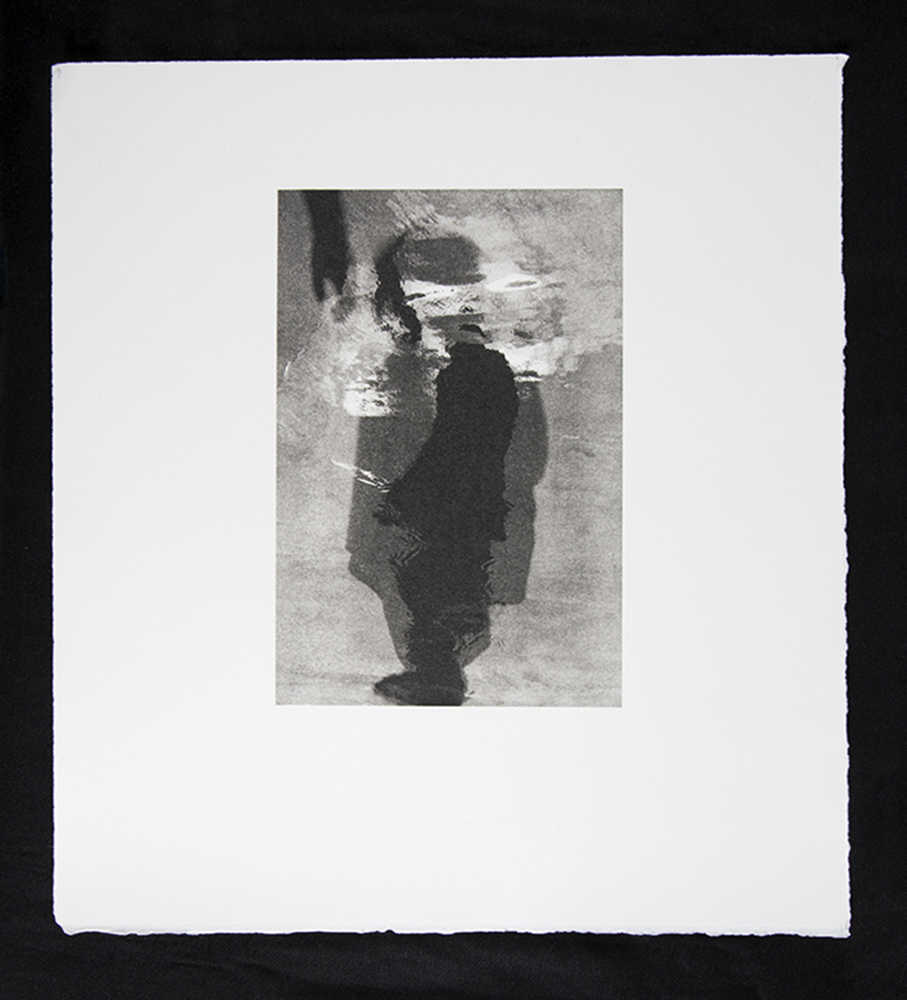 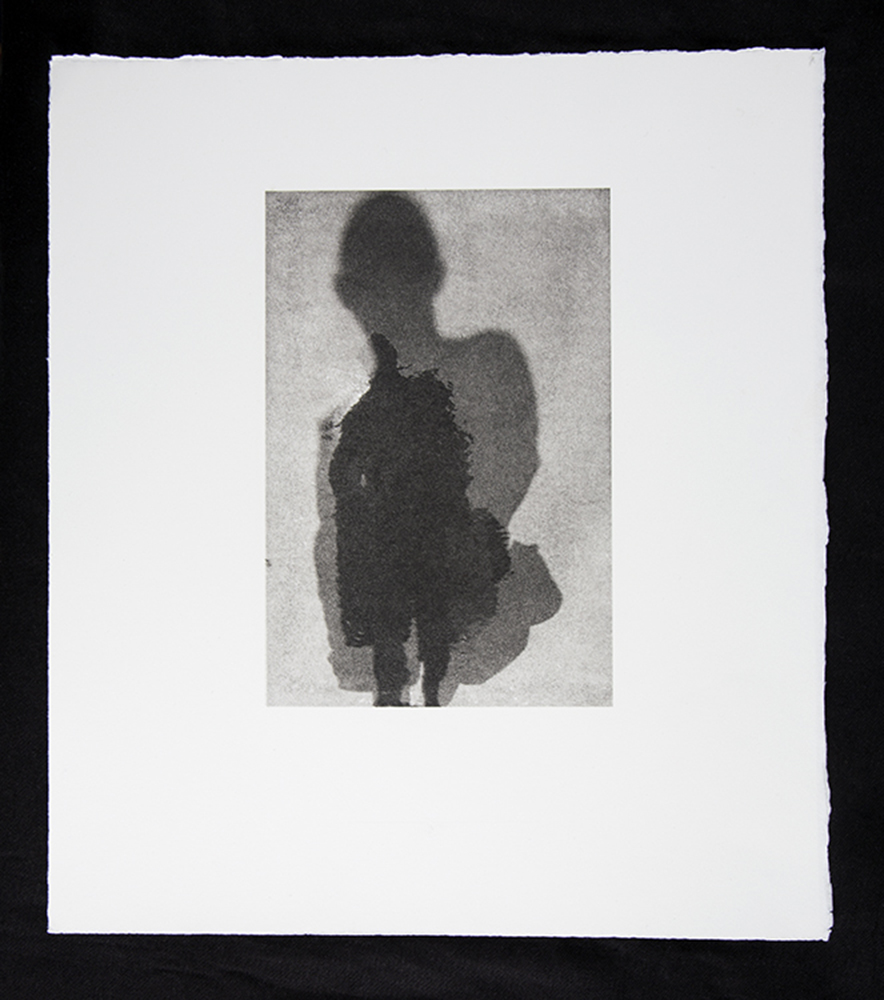 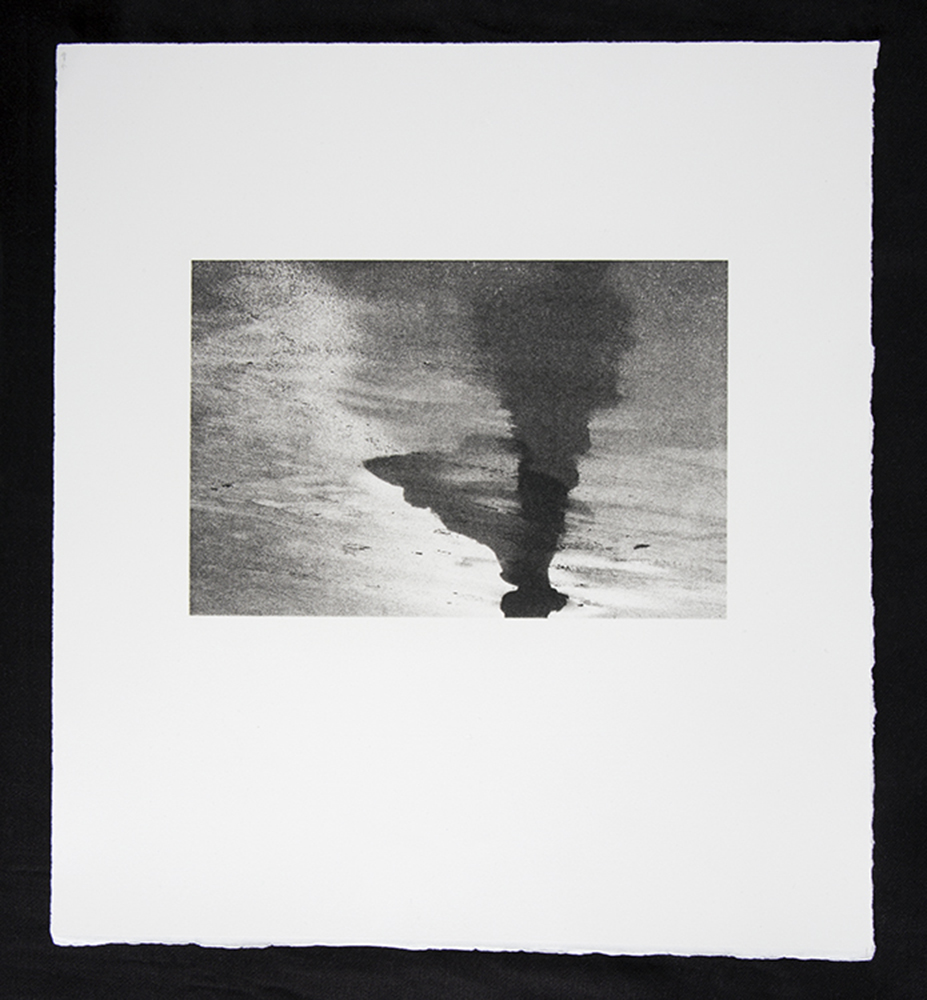 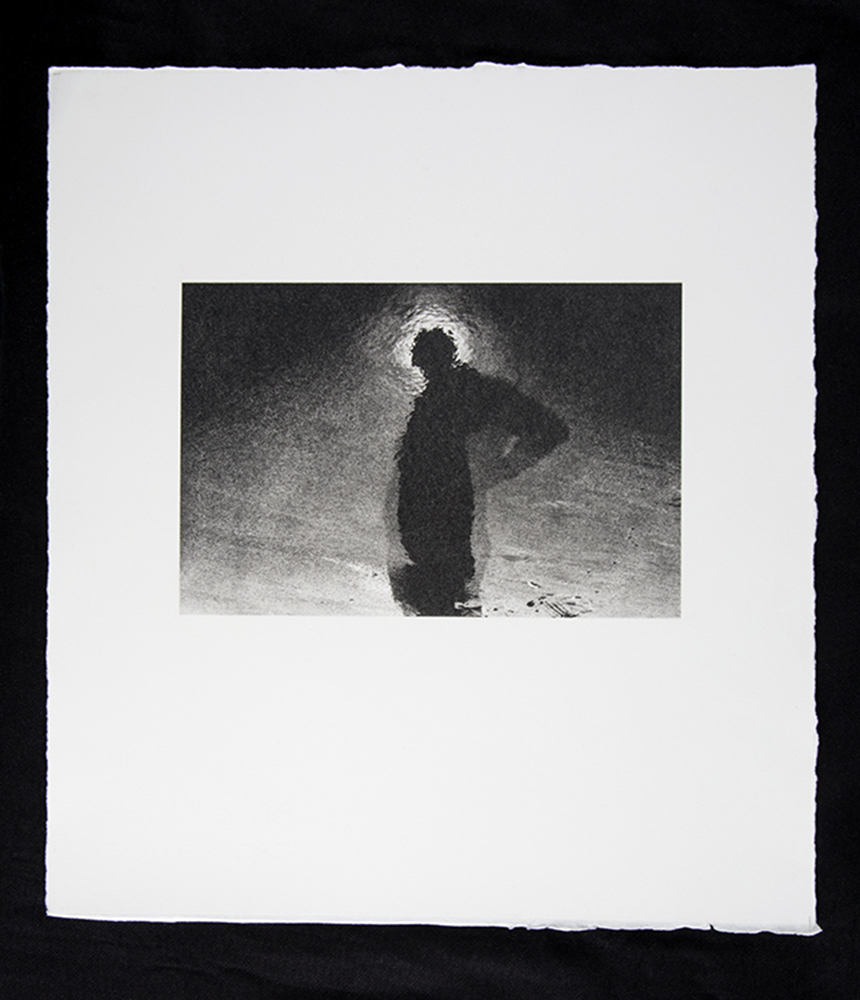 Born in Haiti where he acquired his love for the ocean, Leslie Jean-Bart now lives in New York City.

He works predominantly in the medium of photography. After earning a master’s degree in Journalism from Columbia University, Jean-Bart embarked on a photography career that resulted in the creation of images that have garnered awards and recognition.

Earlier days found Jean-Bart on staff at Sotheby’s and Christies where he was surrounded daily by the world’s greatest art.

Jean-Bart began exhibiting in 2001, when a number of his collages were part of the exhibit “Committed To The Image: Contemporary Black Photographers” at the Brooklyn Museum.  From 2001-2003 he took part in a number of group exhibits at Monique Goldstrom Gallery in SoHo, NYC. During the last several years Jean-Bart put his career, but not his art on hold. Committed to the care of his mother who has dementia, Jean-Bart became her daily guardian. (His mother passed away in February of 2019). During one of the most trying period of taking care of his mother, Jean-Bart started “Reality & Imagination”, his ongoing series of ten years.

In 2011 Jean-Bart finally received round the clock assistance care for his mother and began again pursuing exhibiting his work. Since then he has taken part in several group exhibitions in the United states and had received a number of honors. He also had three solo exhibitions since then: one at Xavier University in New Orleans, one at the virtual gallery of the Griffin Museum of Photography, and the most recent one at the Kenkeleba Gallery in NYC.

You can find Jean’s work in these current exhibitions: Portraits at the A Smith Gallery, Black & White at South X Southeast Gallery, 26th Annual Juried Member’s Exhibition at The Griffin Museum of Photography, and Vision 1020 at Kenkeleba Gallery in NYC.

NEXT | Maria Kapajeva: Dream is Wonderful, Yet Unclear >
< Mara Trachtenberg: A Studio of One’s Own | PREV