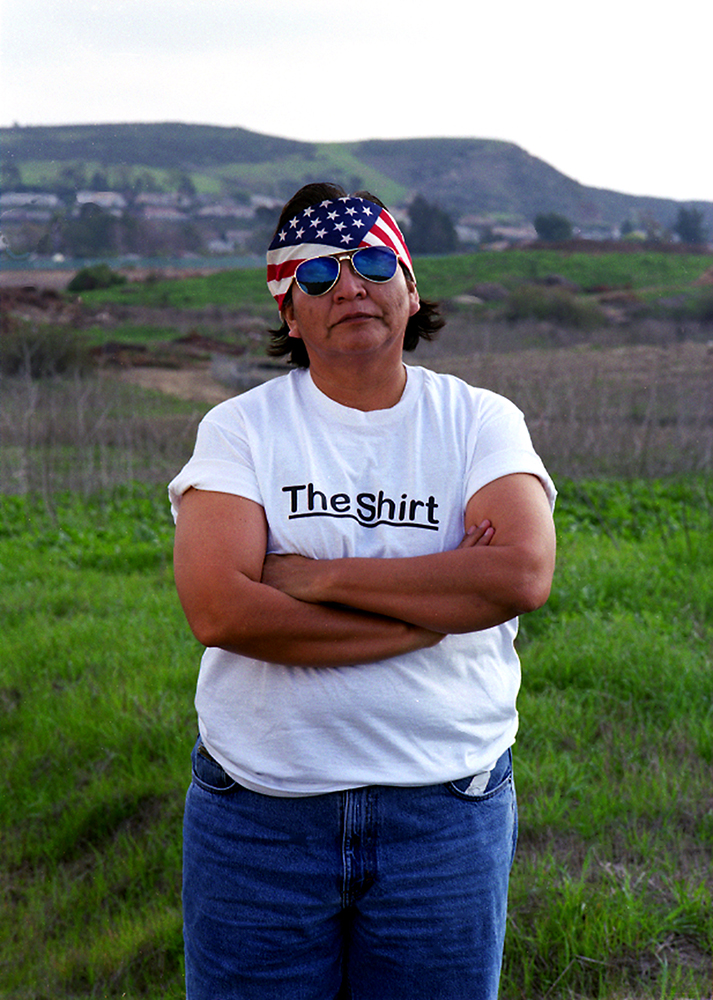 The Shirt is a compelling series of photographs by Shelley Niro that create a narrative of Indigenous sovereignty where women are central.

Although best known for her award-winning filmmaking, Nero’s photographic works often involve performance work by people who she knows as a way of rejecting the clichéd interpretations of Indigenous people in the media. In the series The Shirt, Niro’s friend and fellow photographer Hulleah J. Tsinhnahjinnie of the Taskigi Nation and Diné Nation, faces the lens and directly confronts the viewer. Photographed in a landscape, Hulleah is wearing a series of five T-shirts that sequentially say: “The Shirt”; “My ancestors were annihilated exterminated murdered and massacred”; “They were lied to cheated tricked and deceived”; “Attempts were made to assimilate colonize enslave and displace them”; “And all’s I get is this shirt.” In the sixth image, she appears without any shirt; in the seventh, a smiling white woman wears the final shirt of the series.

Niro twists the archetypal tourist tee shirt from the point of view of First Nations Peoples as an exploration into the lasting effects of European colonialism in North America. According to Niro, The Shirt series came about as she flew over the Texas landscape. Looking out her window, she recalls the way the land below was partitioned, indicating ownership, and how it reminded her of the complex history that took place on that land.

“I looked out of my window and saw the land below chopped up into squares, each square neatly fenced off from the other. I thought about the ‘Indians’ who fought for that land, as well as the sacrifices made by tribes and nations in their efforts to keep away the settlers from their land and communities.” says Niro

Each photograph in the series is set within a literal and conceptual landscape that underscores the importance of land rights to the Indigenous struggles for self-determination. The powerful images show the progression of the shirt from one frame to the next until the Indigenous woman has the shirt literally taken from her back. The shirt becomes a metaphoric remnant of colonization, ripped off the backs of Indigenous women who live there.

Historically, colonization has specifically targeted women, reducing them to the property of men under many policies and laws, including the 1876 Indian Act in Canada. Niro’s work demands viewers to be present and engaged, to place themselves in relation to the narrative as perpetrators or survivors of colonialism.

Shelley Niro challenges the clichés and stereotypes associated with the Indigenous community, especially women, through bold imagery and words that resonate across various cultural backgrounds. And through performance, she has exposed history and taken it into extraordinary dimensions where healing can hopefully begin.  Shelley is in support of  http://www.vtape.org. 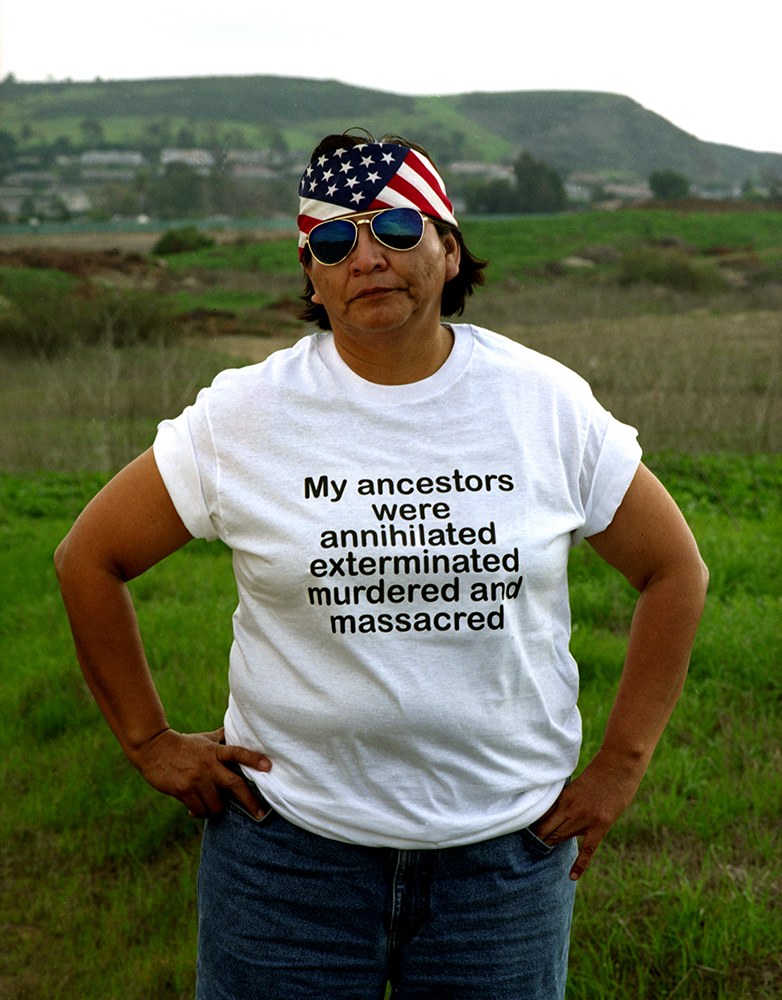 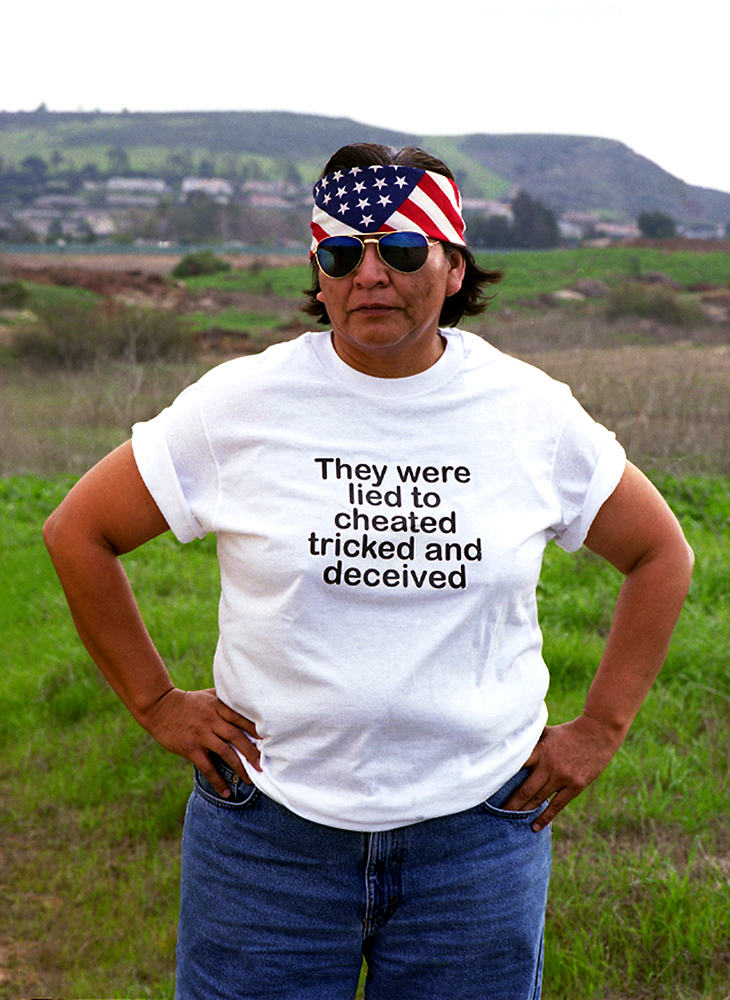 Shelley Niro was born in Niagara Falls, NY. Currently, she lives in Brantford Ontario. Niro is a member of the Six Nations Reserve, Bay of Quinte Mohawk, Turtle Clan. Shelley Niro is a multi-media artist. Her work involves photography, painting, beadwork and ﬁlm.

Niro is conscious of the impact post-colonial mediums have had on Indigenous people. Like many artists from different Native communities, she works relentlessly presenting people in realistic and explorative portrayals. Photo series such as MOHAWKS IN BEEHIVES, THIS LAND IS MIME LAND and M: STORIES OF WOMEN are a few of the genre of artwork. Films include: HONEY MOCCASIN, IT STARTS WITH A WHISPER, THE SHIRT, KISSED BY LIGHTNING and ROBERT’S PAINTINGS. Recently she ﬁnished her ﬁlm THE INCREDIBLE 25th YEAR OF MITZI BEARCLAW.

Shelley graduated from the Ontario College of Art, Honours and received her Master of Fine Art from the University of Western Ontario.

Niro was the inaugural recipient of the Aboriginal Arts Award presented through the Ontario Arts Council in 2012. In 2017 Niro received the Governor General’s Award For The Arts from the Canada Council, The Scotiabank Photography Award and also received the Hnatyshyn Foundation REVEAL Award.

Niro was honored with an honorary doctorate from the Ontario College of Art and Design University in 2019.

In March of 2020 Niro received The Paul de Hueck and Norman Walford Career Achievement Award from the Ontario Arts Foundation. 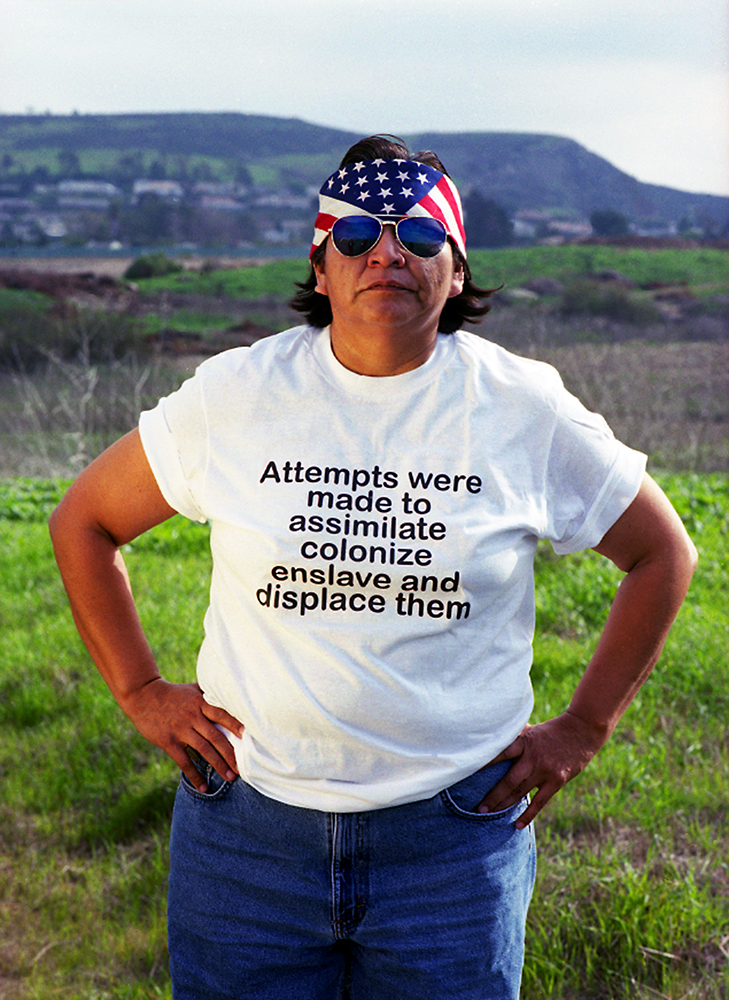 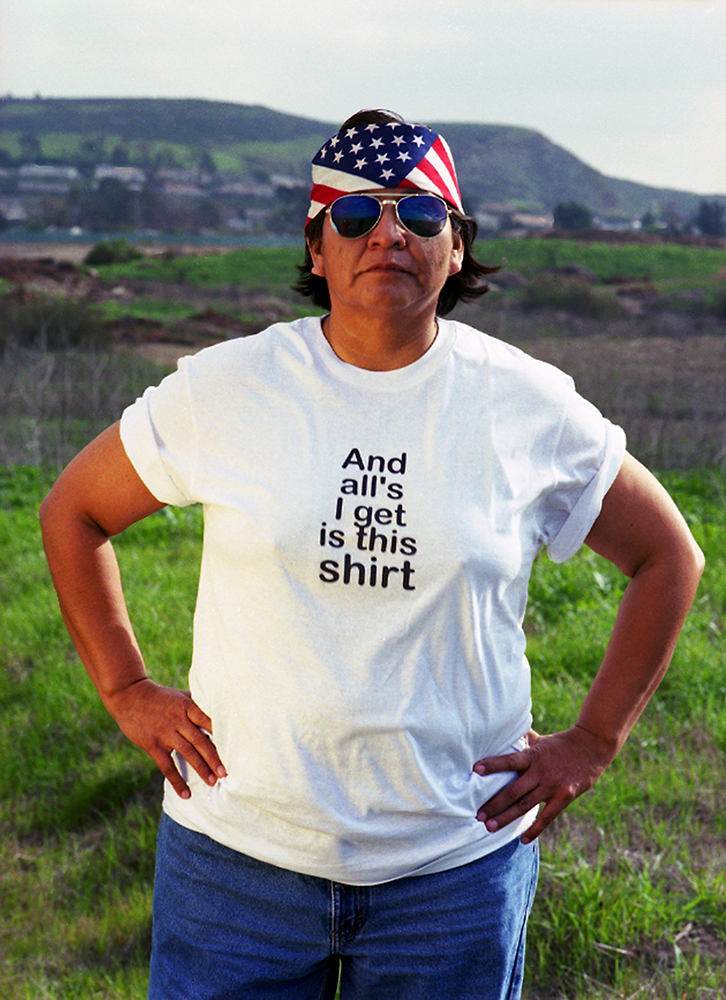 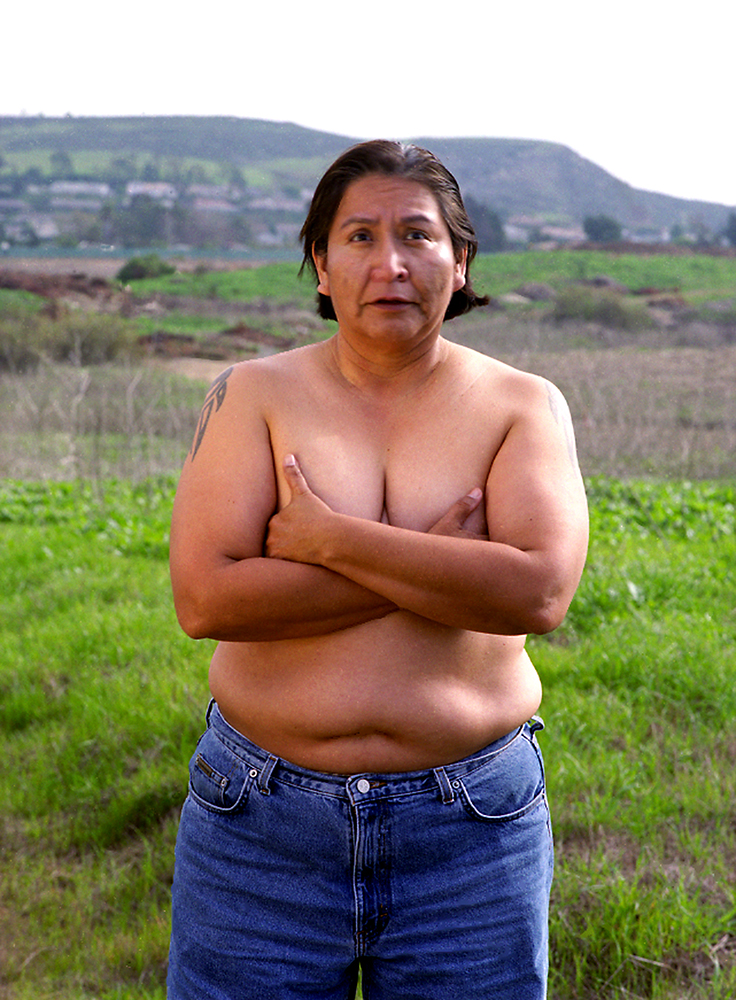 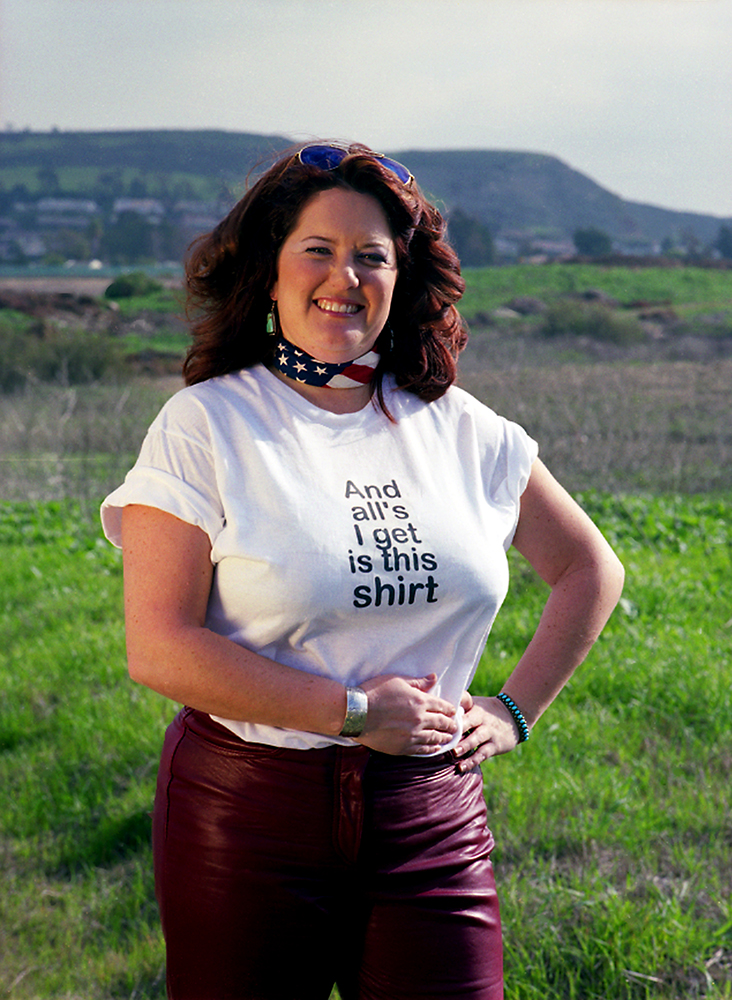