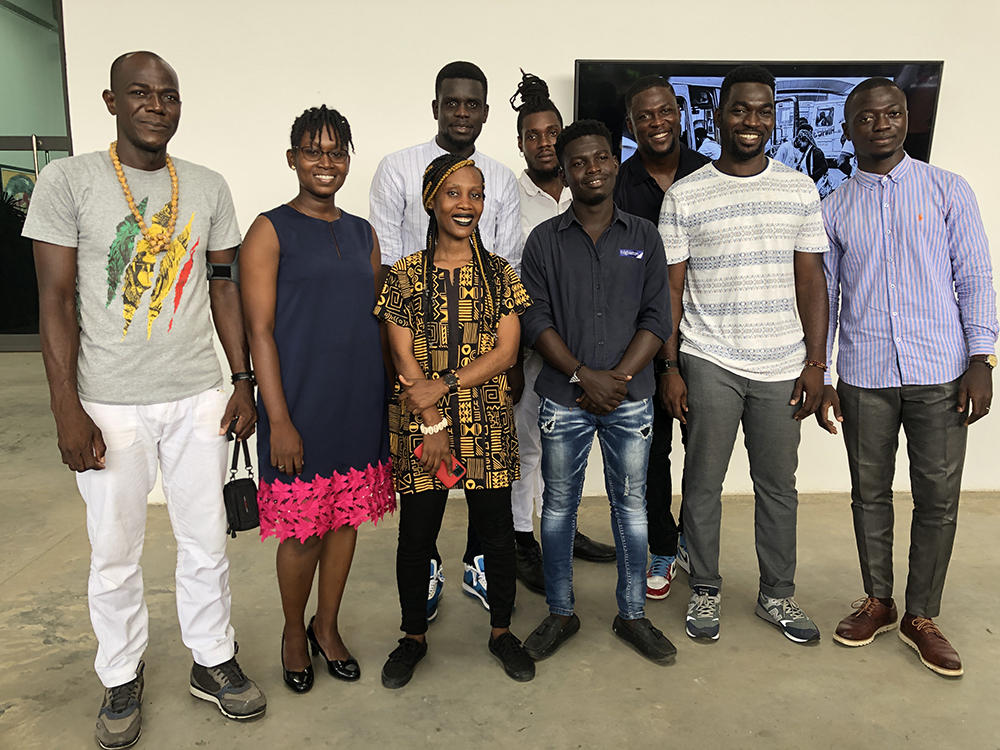 Participants in the DemocraSEE workshop in Abidjan, 2021

The Johannesburg-based Photo: represents a new type of photographic organization in South Africa: a platform dedicated to supporting socially-engaged photographers and critical dialogue around photography. Central to its vision, organizers say, is “the idea that photography can be a delicate tool for social change.” The group’s range of core activities attest to this broad and ambitious mission: international collaborative workshops, critique sessions, panel discussions, exhibitions, career mentoring and promotion of artists. The group’s focus on connecting and supporting photographers from across the continent is of particular note; in the last year alone Photo: has led workshops in Mozambique, Côte d’Ivoire; participated in international photography festivals in Aarhus, Denmark and Basel, Switzerland; and hosted panel discussions between photographers across Africa. Photo:, founder John Fleetwood observes that in its work around the continent, Photo: supports and engages with photographers that utilize the medium as a mode of expression. “The idea that you learn photography as a skill is certainly disappearing,” he observes, “you are learning photography because you want to think with it, you want to express your identity, and you want to create a voice for yourself. As a platform Photo:, he says, works “to be part of that kind of process and work in response to it.”

Photo: began in 2015 out Fleetwood’s desire to work more closely with photographers and photographic content after years as Director of the Market Photography Workshop in Johannesburg. “I started Photo: as a platform,” he says, “that could take on any kind of project that had to do with critical visual culture and [that could] work with photographers that want to express a kind of a social political understanding of the world. The idea for an organization like Photo: also grew from a desire to expand his own practice, which falls “somewhere between education and curation, promoting photographers and thinking about how other people use photography.” The name “Photo:” makes a connection between the operations of the colon and the organization’s role in preceding, facilitating, and supporting. Fleetwood notes: it also “plays with the idea that we cannot always say the things that we see and opens up a conversation around photography.” 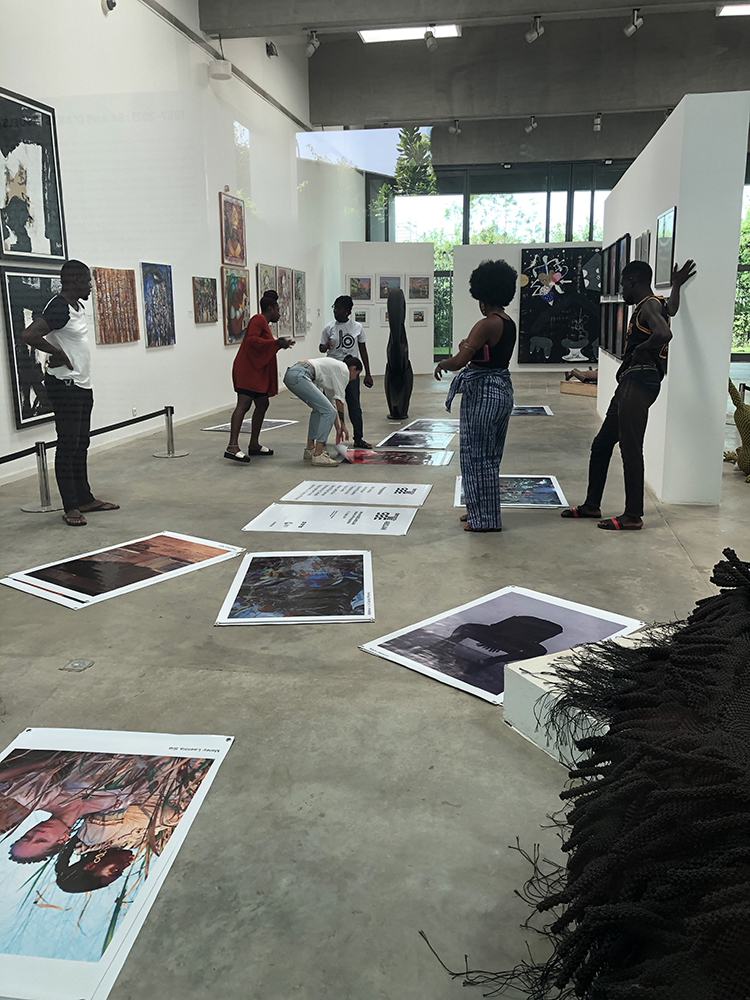 Pop-up Exhibition of work from DemocraSEE workshop participants in Abidjan

Two initiatives highlight the organization’s work: the ongoing series of DemocraSEE workshops and the 10:10 reviews. The DemocraSEE workshops occur in person throughout the continent, most recently in Abidjan, Cote d’Ivoire. In planning the workshops Photo: draws upon a network of connections built through the Centres of Learning for Photography in Africa (http://www.clpa.photography/), an educational community that offers strategies, support, and inspiration for its eleven members across the continent. DemocraSEE participants are solicited through open calls and spend two weeks together having what Fleetwood describes as a “sea of critical concepts and critique” followed by a collaborative project and exhibition. For many of the photographers, the workshops offer a new opportunity to think about their work critically and how it draws upon local visual languages to convey meaning. These dialogs take place in tandem with a review of work from other African photographers, which Fleetwood notes helps participants gain knowledge of the incredibly rich history of photography from around the continent. This immersive workshop experience acts as a catalyst for creating new nodes of photographic production in the locations where they take place, places which often lack well-resourced photographic educational institutions or support organizations. 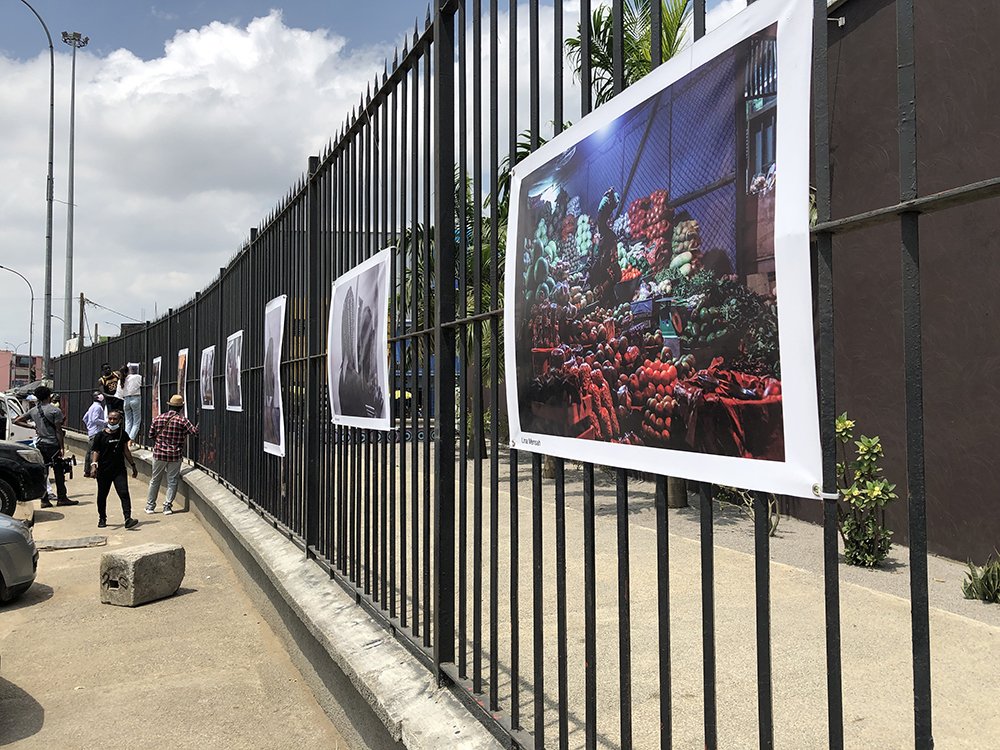 The 10:10 dialogs also build upon continent-wide connections between artists. In each iteration all artists share a body of work and receive feedback from participants and invited reviewers. But the sessions, Fleetwood observes, are important for more reasons than the review of individual images. First, the photographers represent a diversity of practices and experience—some are photojournalists, others commercial artists, and others come with much less professional experience. In this milieu, Fleetwood notes, “people start to be able to see how the power and responsibility of the image floats over into different fields of ethics and moral thinking.” The differences, according to Fleetwood, are a large part of what makes the 10:10 dialogs important. “Oftentimes,” he points out “people talk on behalf of Africa and say that you know, as Africans we do these things,” but in the 10:10 conversations it becomes clear how different the situations of the respective photographers are. “This trope of speaking about Africa as one space, even though there are all kinds of political and social understandings about what that means.” 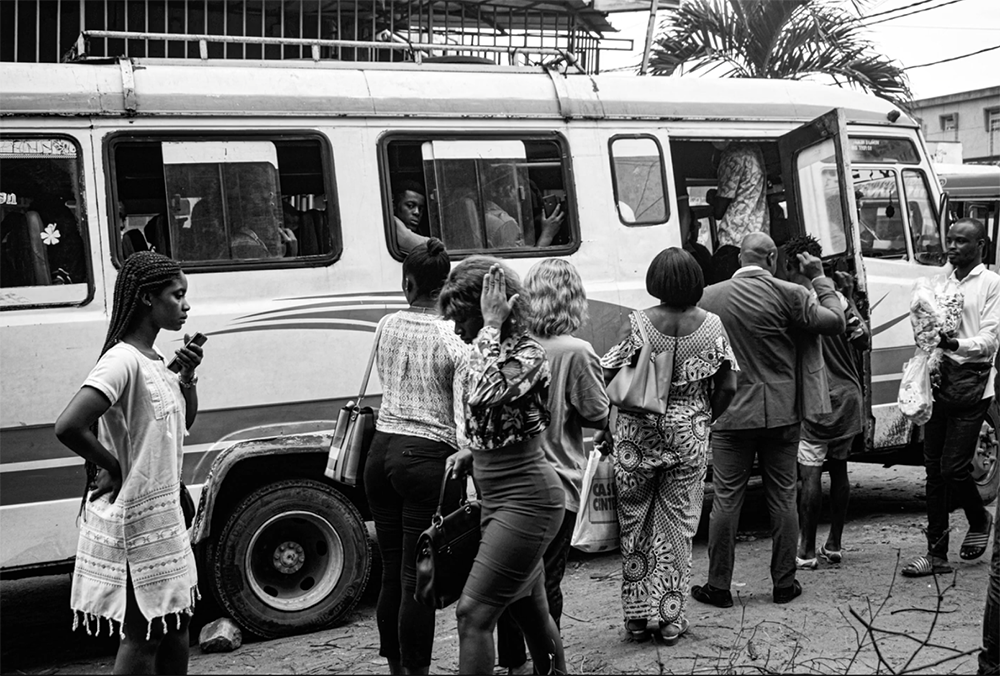 In our interview I asked John if—beyond its organizers and home-base—there was anything distinctly South African about Photo: or the initiatives that it develops and supports. He reflected on this question in a few different ways, and drew important parallels between Photo:’s mission to support socially engaged photography practices and the history of photography in South Africa. “I think in South Africa there’s a very clear history of photography that signifies its importance as a social science, perhaps rather than just as an art or as an aesthetic.” He also offered that South African photographers may have particular insight into current conversations surrounding decolonization and racial disparities. South Africa “is a space where there are very disparate realities, very different realities in very short spaces,” and these disparities have “been a central concern in thinking around photography in South Africa, at least for the last 20-30 years.” Experience thinking critically around these issues and how to challenge them through visual media represents an important aspect of the medium’s currency in South Africa. “This is exactly the role of the photograph: that it pulls out what we see and also what we don’t see,” and by engaging with photographs, Fleetwood says, “I think that is really how we start to confront differences of opinion and position and how we confront ourselves.” 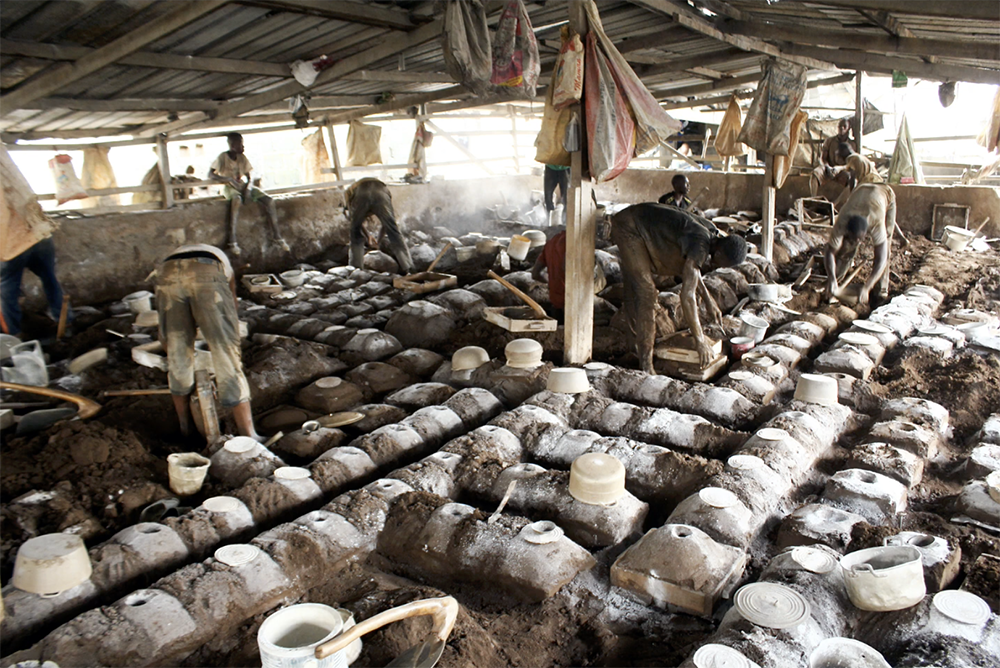 ©Mobio Hermann Apohi, from the series “Back to Life” 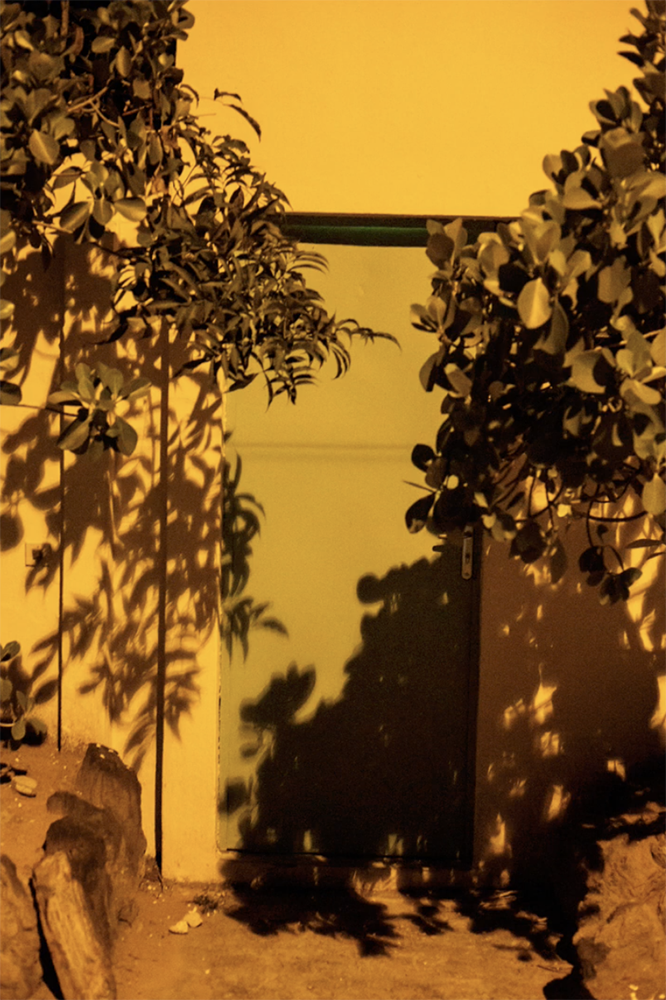 ©Theophany Adoh, from the series, “The In-Between” 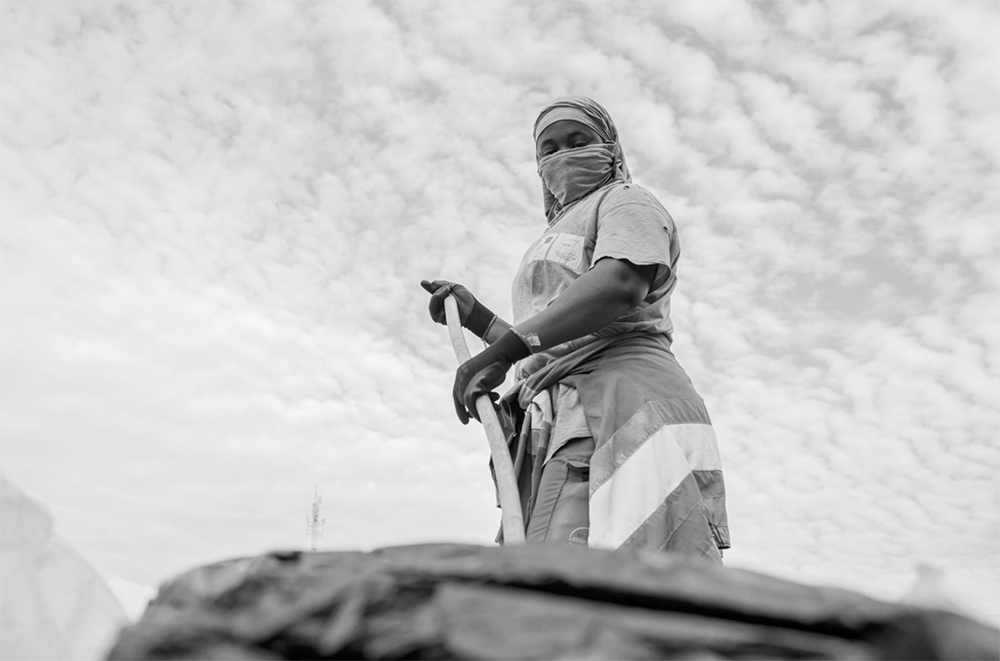 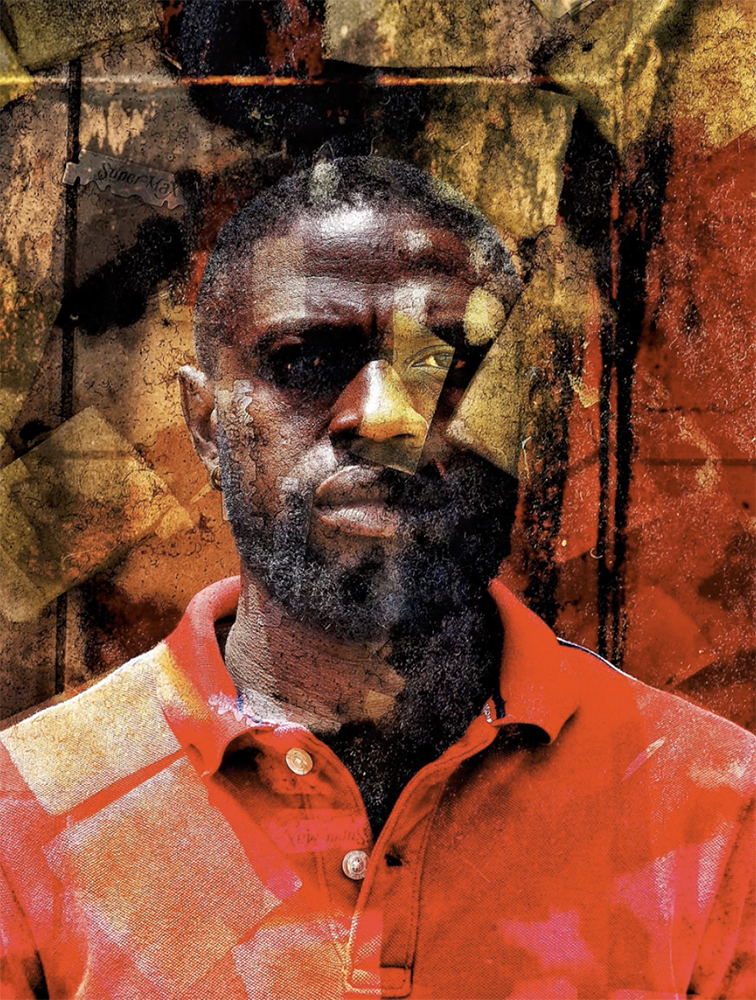 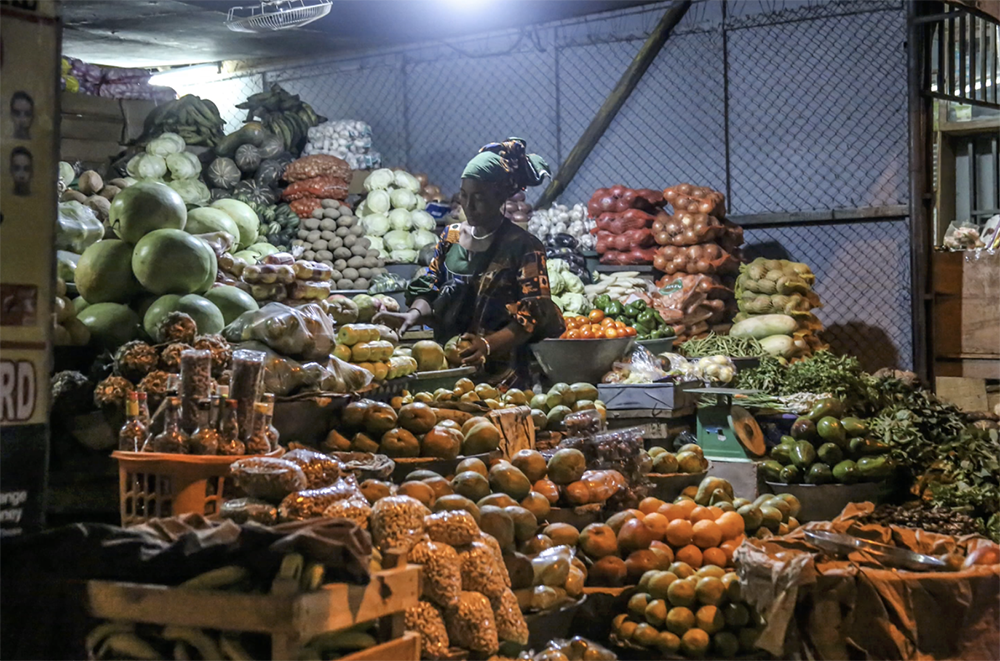 ©Lina Mensah, from the series “Abidjanaise by Night” 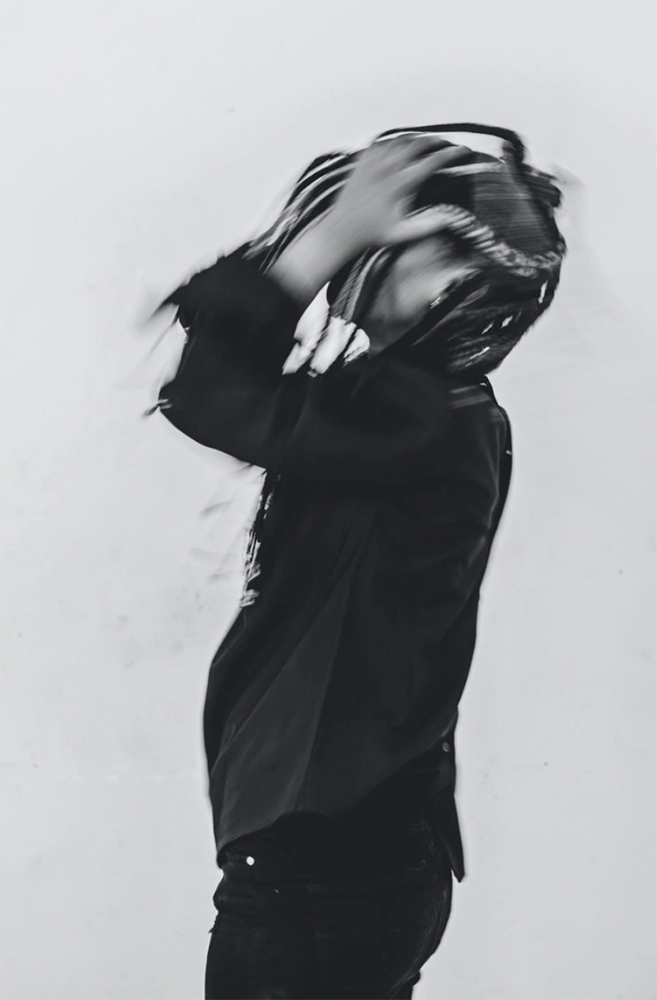 ©Nadi Jessica, from the series “Trouble.” 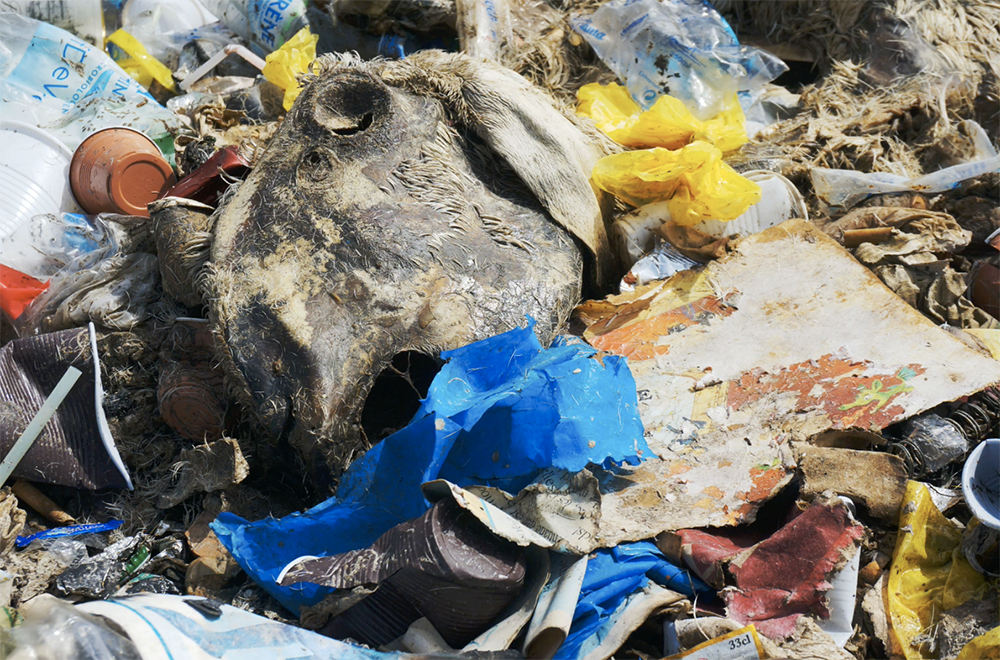