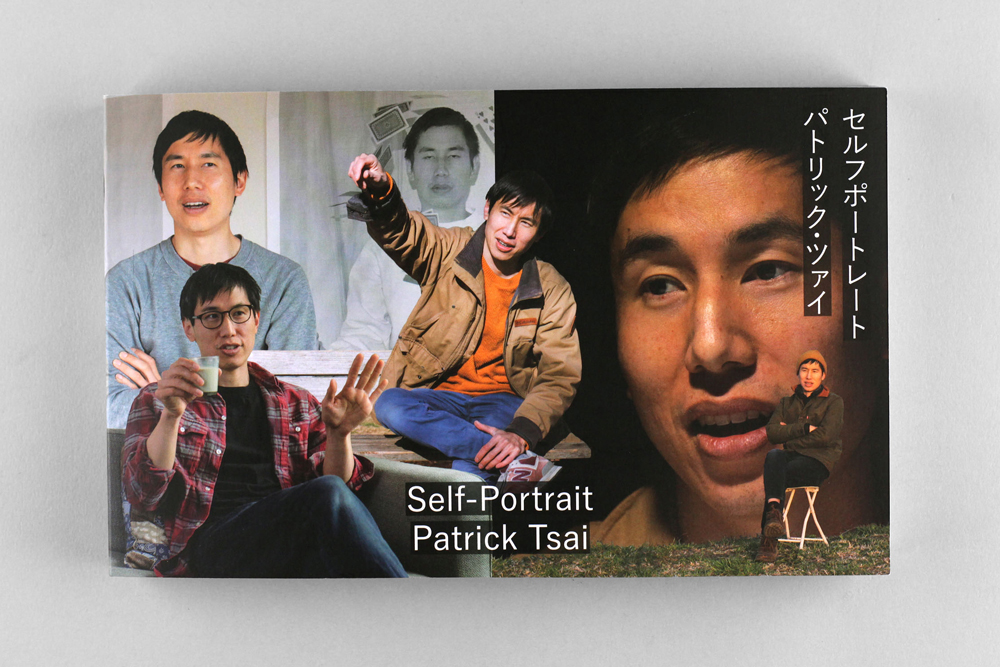 Patrick Tsai’s newest photobook Self-Portrait, published by DOOKS is a collection of stories told by the author as he contends with his life choices. From purple puke to lost pets, each story is told with a sense of humor and humility and is presented in subtitles over what seems to be stills pulled from mock video interviews with Patrick himself. But all is not as it seems and hilarity and heartache are among the many contradictions facing the viewer as the pages turn.

Today Tracy L Chandler and Patrick Tsai discuss Self-Portrait. The following interview is a transcript of their conversation… 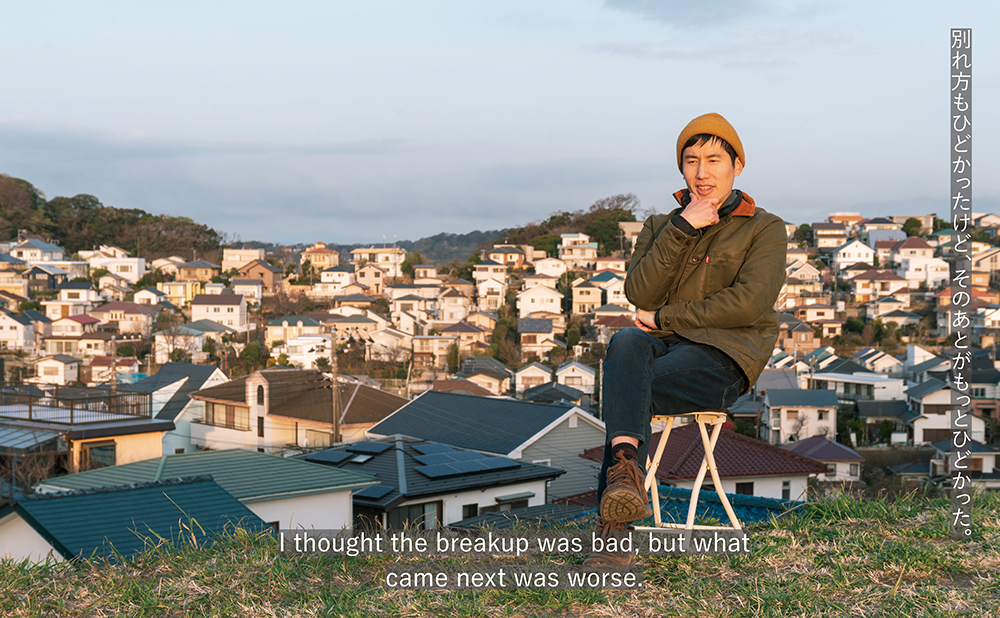 Tracy Chandler:  I’d like to start with talking about the form of this work. Your photobook contains a series of photographs of you seemingly being interviewed. There are subtitled captions along the bottom of each page. As you flip through, it almost feels like you’re watching Youtube. Can you explain how you made this work? Are you filming a video and then pulling out screenshots?

Patrick Tsai: I am using a still camera with an interval self-timer to shoot every 5 seconds as I act out the interview over multiple takes. What intrigued me about the project was that it was somewhat ridiculous: the act of photographing a conversation is illogical since you cannot capture, or show, sound.

Tracy: You are borrowing from the customs and expectations of the video form and, in a way, blurring the lines of photography. So even though you just made photographs, you’re editing them in sequences, you’re adding captions, you’re using the 16×9 aspect ratio. You’re doing things that are customarily visual cues of a video.

Patrick: Yes, once you open the book, you are thrown off because you were expecting photography. Well, it is photography actually, but your brain recognizes the visual language of video, and yet it is presented out of context. So that throws the viewer into this weird uncomfortable position, or kind of just wakes them up. 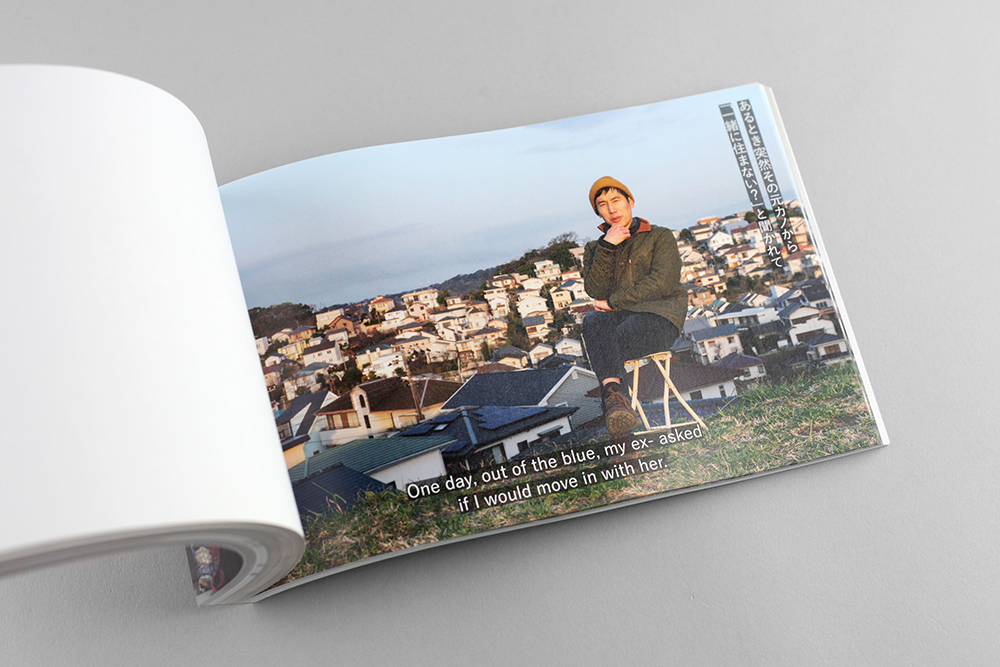 Tracy: It totally does. How did this idea come about?

Patrick: I was watching an interview with a famous filmmaker presented with subtitles. He started telling a funny story, which I wanted to share with my partner. Instead of forwarding the video link and explaining that the anecdote started at 39 minutes and 45 seconds in, I took screenshots of every sentence. Later on, when I was going through images on my phone and flipping through, I realized that the story became funnier presented in this way and that I had unintentionally created art. I’m also a big fan of image and text. 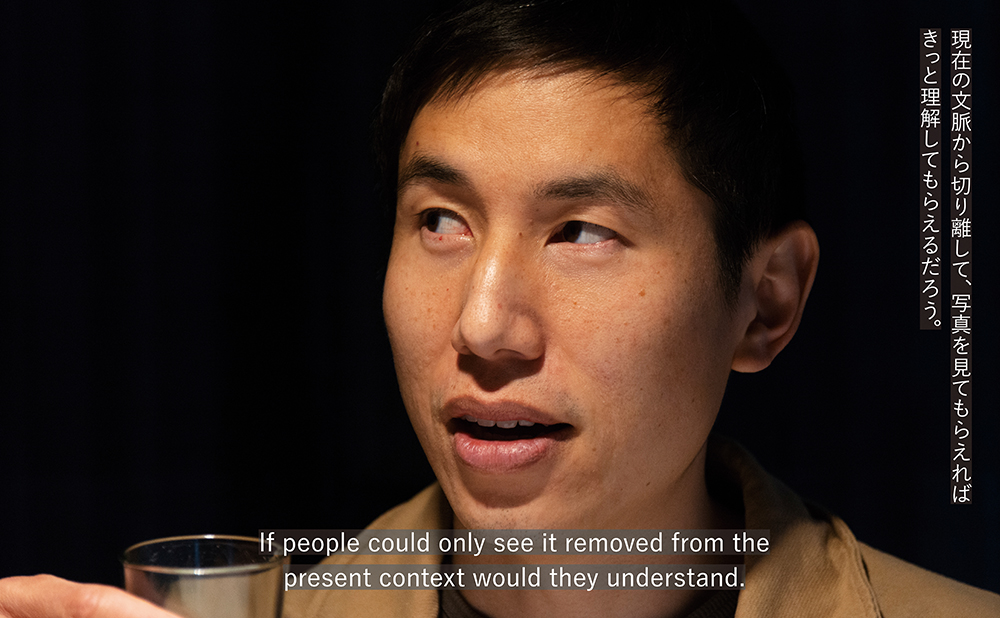 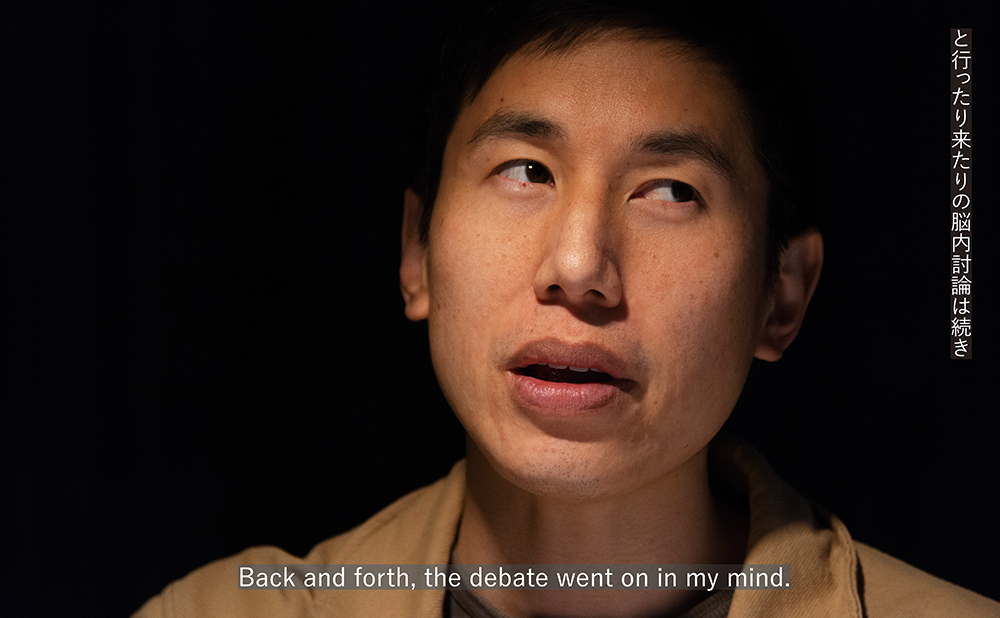 Tracy: There’s this ongoing and sometimes contentious debate in photography about using text with image. There are some who say text can overpower and even defeat the pure nonverbal communication of a photograph. Maybe that’s the case some of the time, sure, but it also sounds overly dramatic and rigid to me. I think text can also deepen our interest and even completely change our understanding of what’s going on in the photograph. It seems to me you are working with those layers of complexity here. Can you talk about that? Is it true that you applied the stories to each sequence retroactively?

Patrick: Yes, one of the many rules that I made for myself was to take the pictures first and write the story later with no relation to what I had just shot. Sometimes the result would be that the tone of the photographs and the story would be the complete opposite. In this project, I often come across as a complete asshole because I’m talking about really sensitive stuff, but I appear to be smiling. For example, the very first story in the book is called Battleship and it’s about my break up with my fiancée, which devastated me. But when I was making the photographs, I was laughing and talking about baked beans actually. The first time I had put the images and text together, I quickly noticed that this clash created something special. 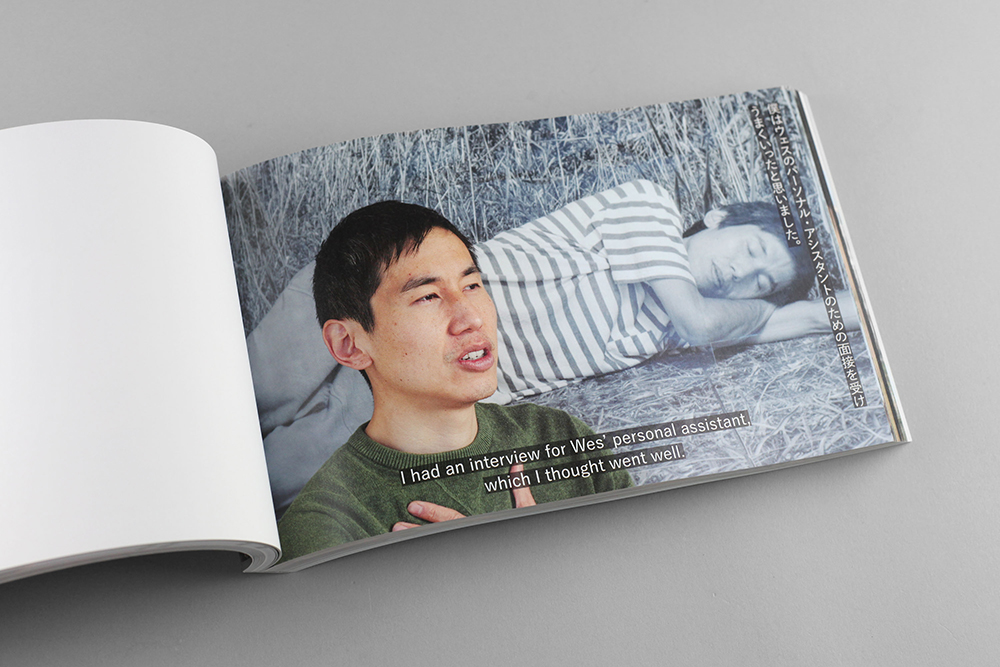 Tracy: The title of the work is Self-Portrait and you’re in almost every photograph. How does putting yourself in front of the camera and your idiosyncrasies out in public serve you as an artist? Is it a necessary part of your art making practice?

Patrick: I don’t have to be in front of the camera. It is more about making work about my personal life since that is all that I can speak about with any authority. My first project that I put out in the public was called My Little Dead Dick. It was an online photo diary during the early days of Flickr. After that, I continued doing photo diaries in different forms. It wasn’t until recently that I started taking literal self-portraits. Instead of focusing on the present like I had with previous projects, I wanted to examine my past. 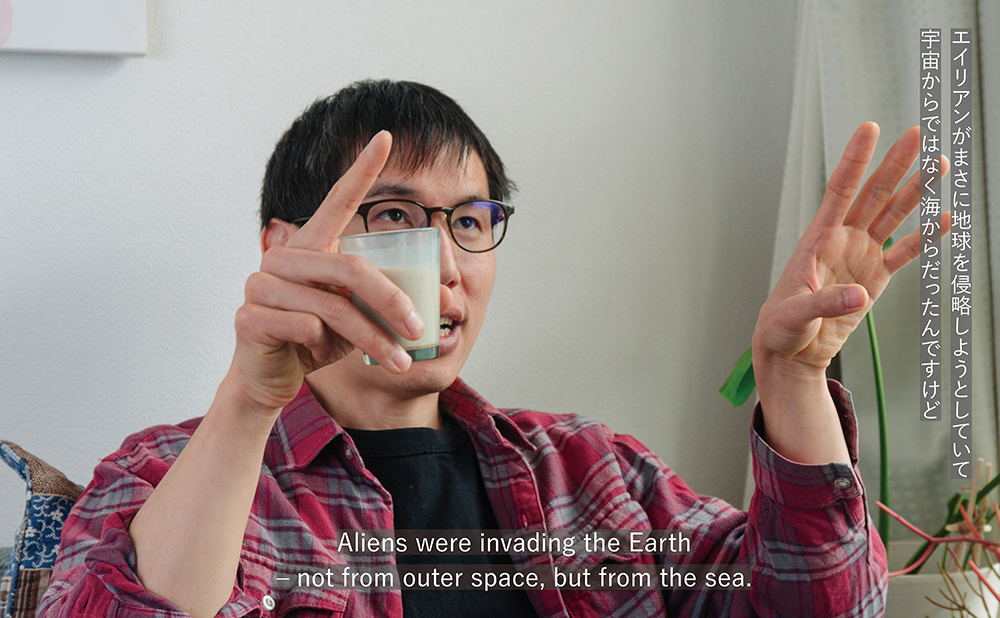 Tracy: Okay, so the project is titled Self-Portrait, and it’s you in these pictures, but there’s also another layer in this. You are making fun of yourself, and one way you do that is through performance. There’s a subtle arrogance in your acting for the camera. Like, I’m thinking of the part where you pick lint off of your tongue mid-sentence. The choice to do that in the first place, and then to edit that into the sequence is all intentional, yeah? Are you acting as yourself, Patrick, or are you acting as this artist persona?

Patrick: I think it’s a mixture. I’m kind of a rough human being. I’m messy. Even my work is messy. Maybe I would pick at lint unconsciously in an interview, but of course, I did it intentionally in this work. Even though I am acting, there are truths there. Whenever I look at the story called Xiao Hei, I know that is not really me – I am acting like a pompous artist to get people to hate me – but I cannot deny that there are times when I am often full of myself and my art. 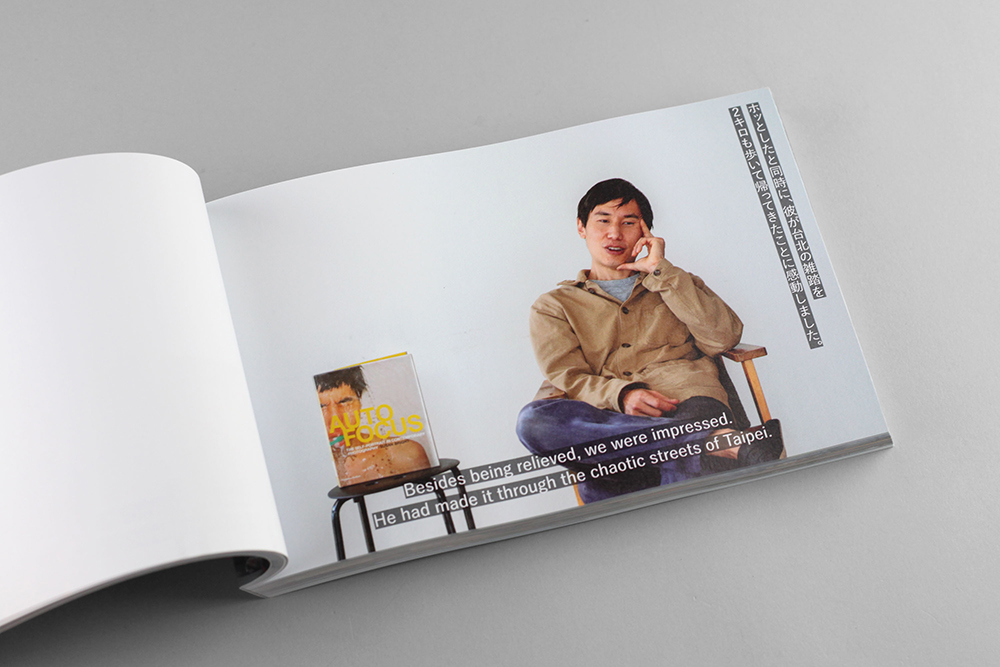 Tracy: As well as a portrayal of this stereotypical artist persona? 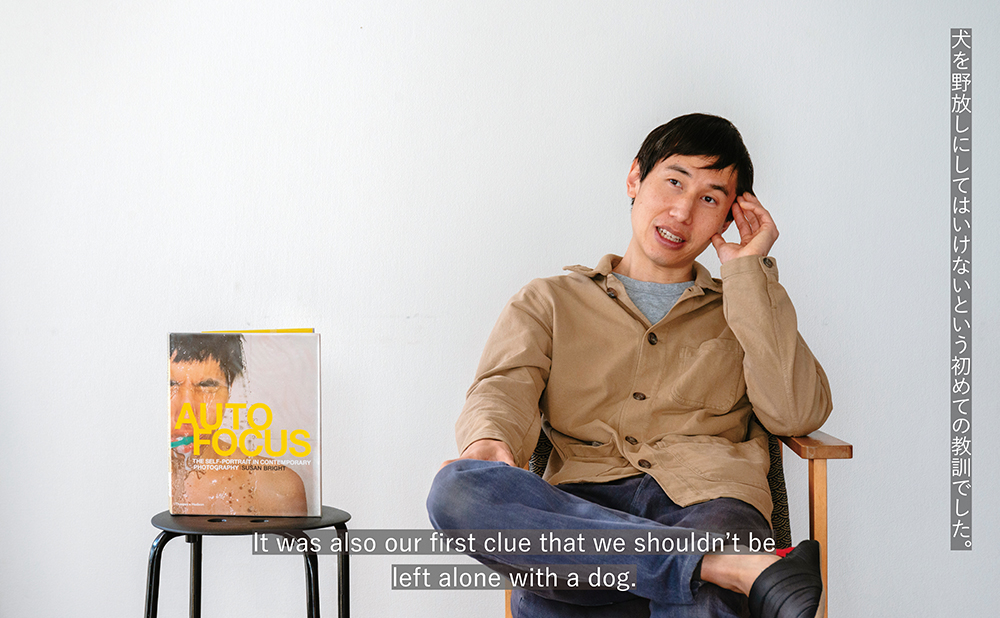 Tracy: We often talk about photography and notions of seeing and being seen and we usually mean that in terms of the subject of the photograph. But it’s also the photographer who is being seen. We’re saying, “I’m going to make photographs so the world can see the way that I see.” With this project, it’s all folding back in on itself. You are putting yourself and the artist persona in front of the camera. And then using the interview format as a means to interrogate which just adds to the nesting dolls.

Patrick: Yeah. And at the same time, a lot of my mannerisms were borrowed from interviews that I had watched on Youtube.

Tracy: And all of those mannerisms are learned, right? Those people are getting those cues from interviews that they’ve seen in the past. They are emulating their favorite director from 50 years ago. It’s like this lineage of borrowed performance, putting on a mask that says “I am important.”

Tracy: This makes me think about truth in photography and what’s real and what’s contrived. You are intentionally putting all of this together into this exaggerated performance but from my understanding, the stories themselves are real, right? Or maybe it doesn’t really matter if they really happened as long as they make a connection with the viewer? But I still want to know the truth. And I am curious to know if you really left the poop. 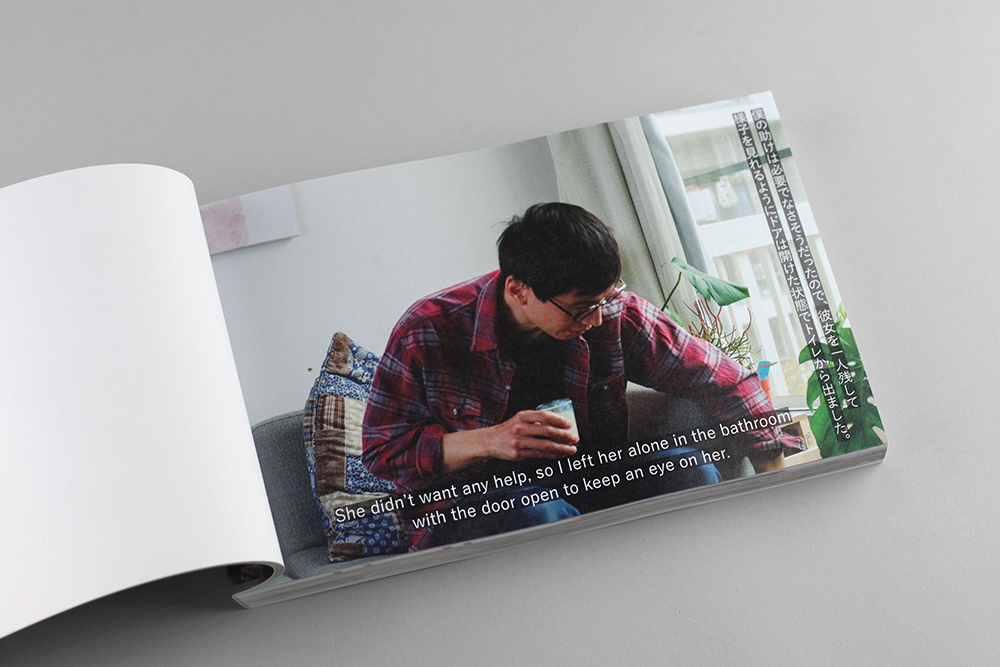 Patrick: Nowhere in this book is it stated that the interviews or stories are real or fake. I leave that open purposely as another level of intrigue. But yeah, the stories are real. I was curious to see what happens to the truth if it is presented in a fake situation. And personally speaking, this work would basically be meaningless for me if the stories were fiction. Regarding the projects about my life, I make it a rule to be brutally honest because I am trying to find the positive within the negative. This is why I do what I do as well as why I feel compelled to share it. And so yeah, I left the poop. 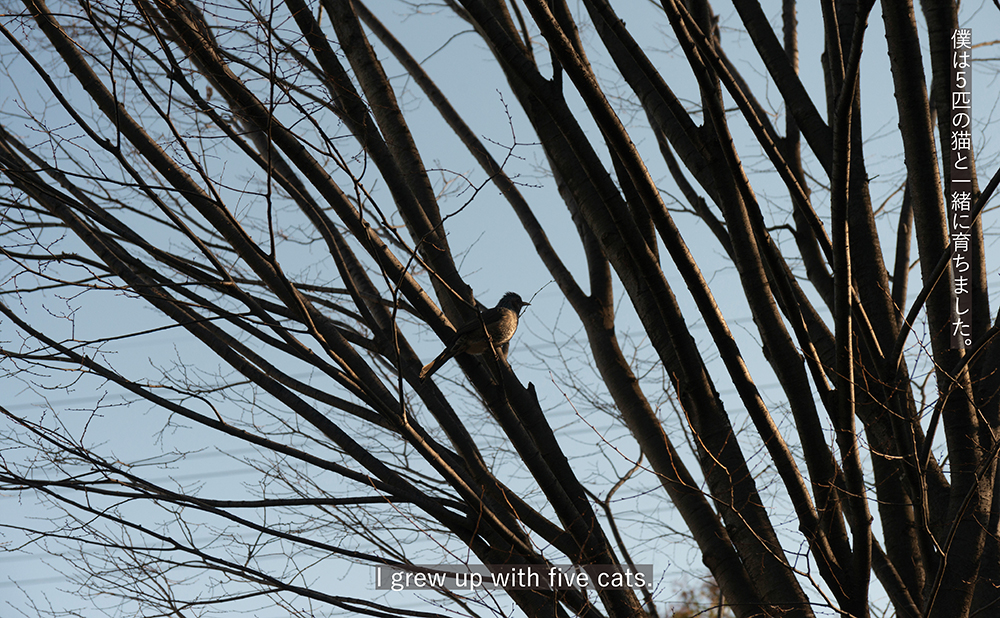 Photos from Self-Portrait by Patrick Tsai 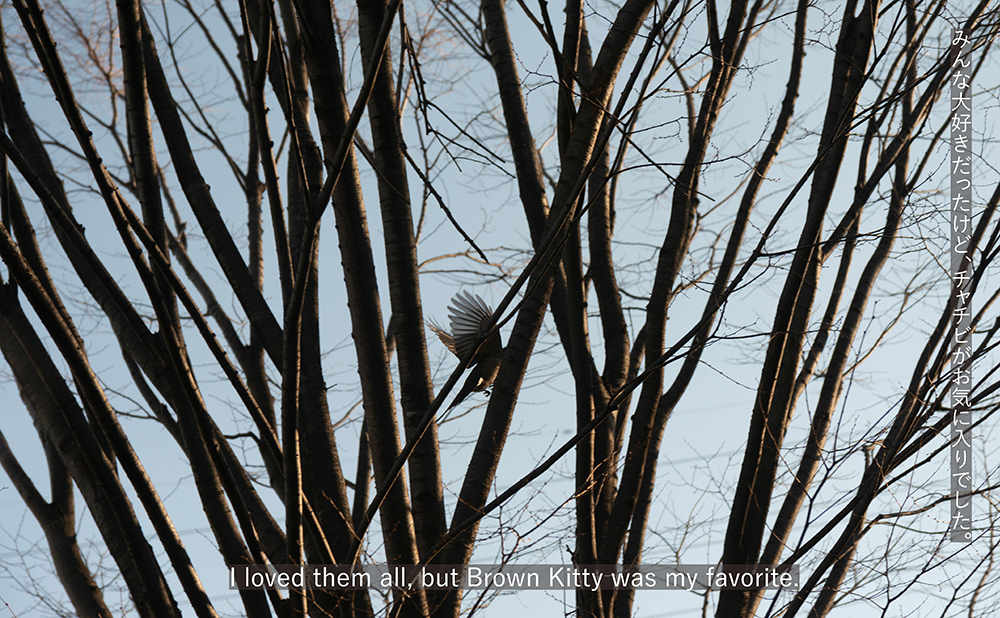 Photos from Self-Portrait by Patrick Tsai

Tracy: There’s a lot of contradictions in these stories. There are the visual contradictions of your performance versus the content of the story, but then there’s also contradictions within the tone of the stories themselves… sweetness mixed with cringe, for instance. It’s never purely one note of any emotion but there is one theme that stands above the rest,.. regret. The first line of the book is, “Patrick what is regret?” You attempt to answer that through a series of stories that are rife with self doubt, something we can all relate to but wouldn’t freely share, let alone as publicly as you’re doing in this work. Can you tell us about that? 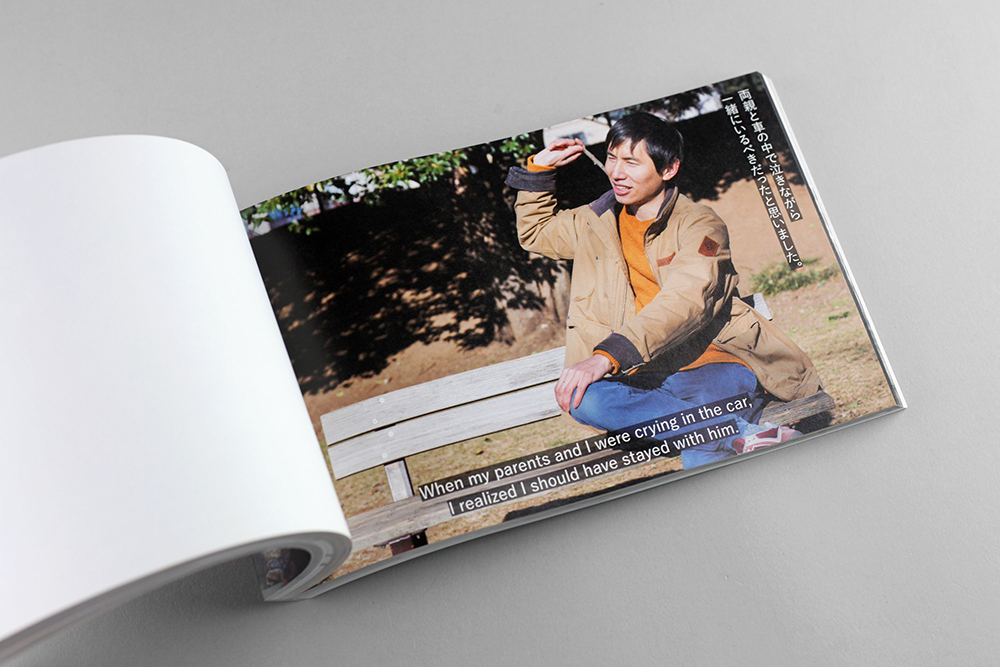 Patrick: Leading up to the making of this work, there were a lot of things that were bothering me that I couldn’t get over. There was one that I was having a particularly hard time with that I wanted to share, but it was too raw and I didn’t know how to go about it. It’s actually the last story in the book. I had to write about my other regrets first as a way for me to face the big one. Basically, I had to take the scenic route instead of going at it head on.

Tracy: I did notice that you build up smaller deaths as you go, especially with Brown Kitty. But even missed connections or break-ups are deaths in a way. Are you framing all endings as regretful?

Patrick: I don’t know about that. But what I can say is that, we are always making choices. We will not always know that a certain moment is important until after the fact. I could never be that guy in movies that says “I have no regrets,” on his deathbed. I regret so many things.

Tracy: We all do. Thank you for sharing yours with us. 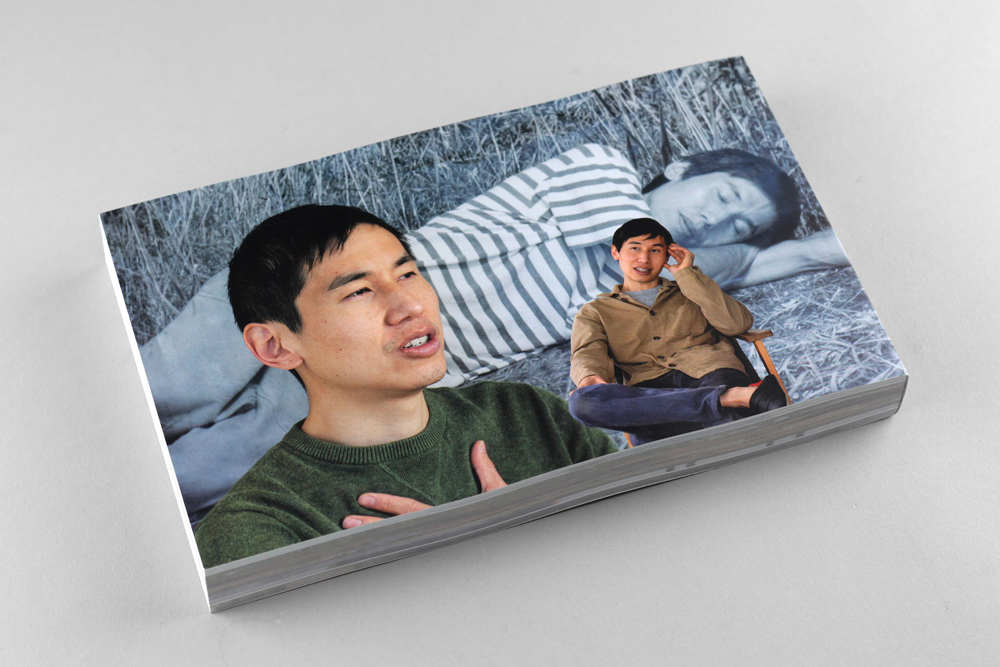 Back cover of Self-Portrait by Patrick Tsai / ©Daichi Aijima 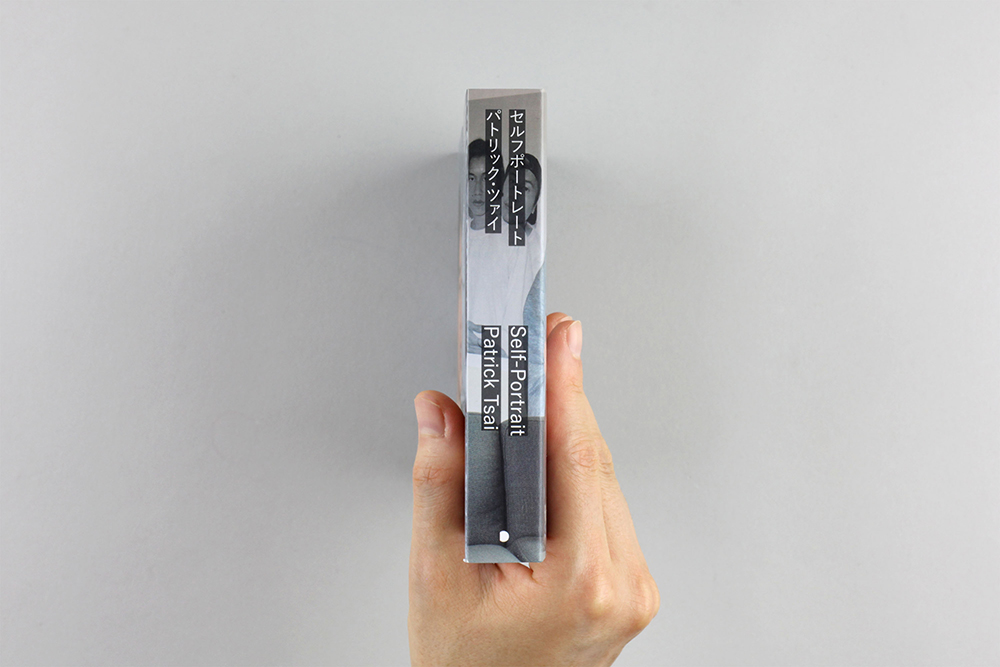 Patrick Tsai is an American photographer, currently living in Japan. He is most known for his two online photo diaries entitled My Little Dead Dick and Talking Barnacles as well as his book Modern Times. Follow Patrick on Instagram: @barnacledick

Tracy L Chandler is a photographer and contributor to Lenscratch. She is based in Los Angeles, CA. Follow Tracy on Instagram: @tracylchandler