Fred Muram’s work makes me happy. It has that smart simplicity that some of his artistic heroes possess (see below). The follow-through of a simple or slightly absurd idea makes the end product even more fun to see duplicated over and over. Fred grew up in Canada, but was educated in the States, and currently lives in Seattle. He has many unique series and amusing videos on his site. I am featuring two of these: Kissing the Ceiling and I’m Going Baldessari (one of my heroes).

“I want my audience to experience images and video that can be understood within the context of similar experiences that might have occurred within their own lives. As individuals we share so much in common with other people, but we are isolated within our own minds. There is a disconnectedness created between every individual and their surrounding universe that is fundamentally integrated through that person’s ability to accept sensory information and respond with language.

I pattern my work after artists such as John Baldessari, Ed Ruscha, Chris Burden and others who incorporate humor, antagonism, and absurdity in their work. Through the use of still photography, video, and sound, I address issues as sexuality, consumption, mass-media, and physical appearance.

The work I create relies not only on my interactions with people, but the exchanges I observe between other people and social groups. These interactions are not limited to people; I have also explored inter-species behavior and how animals react to unfamiliar environments in recent work, and have since come to realize that there are many instances in which we can learn about ourselves by trying to understand the reality of other creatures.”

Images from Kissing the Ceiling 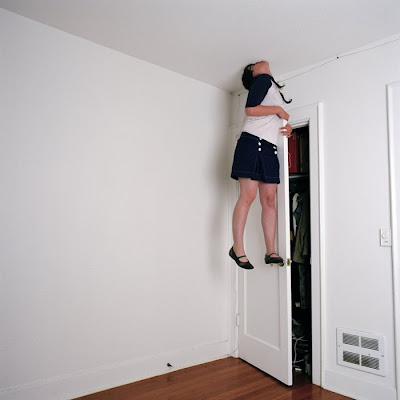 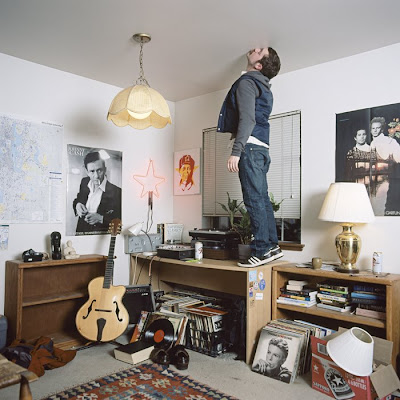 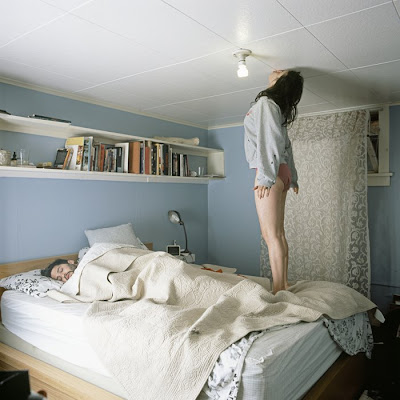 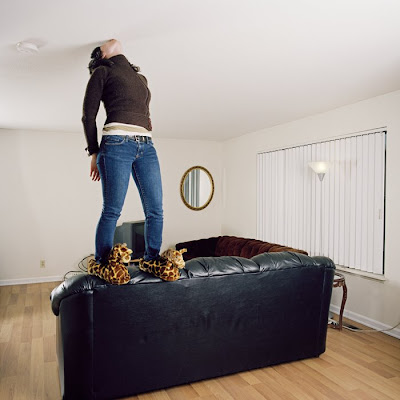 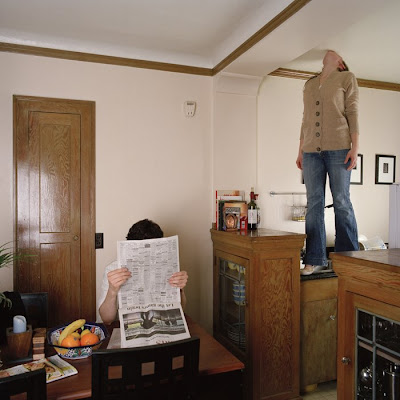 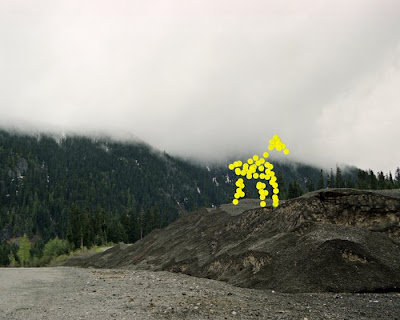 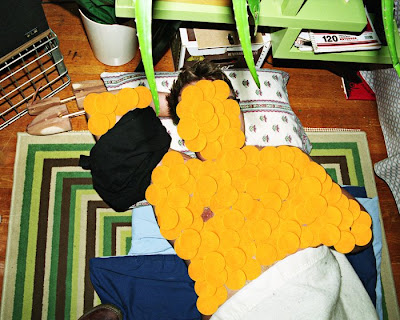 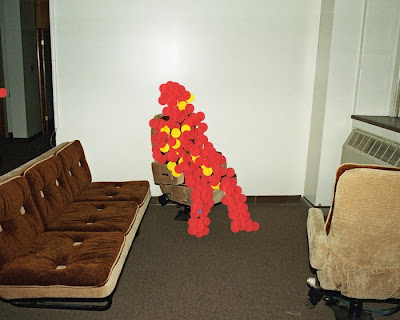 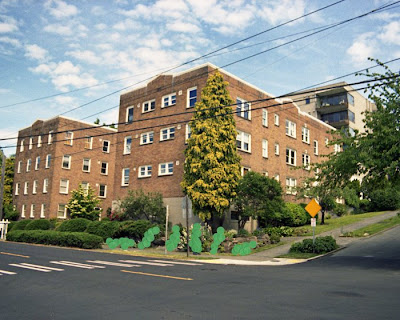 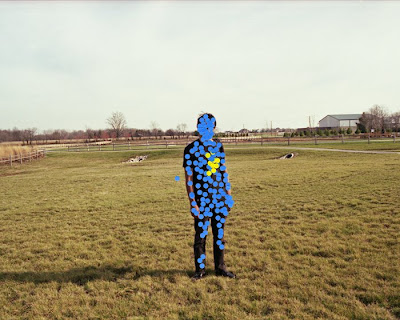 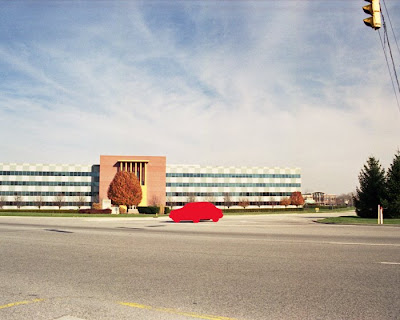