Los Angeles photographer, Mark Indig, was born in New York, but settled on the west coast and spent 35 years in the motion picture industry as a Studio Executive, Producer, and Production Manager for many of the major movie studios. Mark worked for 15 years as a Location Manager gave him a unique perspective on the urban landscape and a very cinematic style of interpreting it. To Mark, the environment is the character.

Mark’s new series, Closed on Sundays, (featured below) and LA River Project will be on exhibition at the Riverside Art Museum, in California opening tonight, March 4th, and running through May 29th.

This is a project about diversity, ingenuity, creativity, eccentricity, culture, architecture, economics, commerce and competition in my community of Los Angeles. It is about the struggle of the “little guy” to survive when all they have is a storefront, an idea, a can of paint and a window display to compete in an environment ruled by big media advertising and big box stores. Some succeed, many fail and most just hang on. But how dull would our communities be without these unique forms of expression? 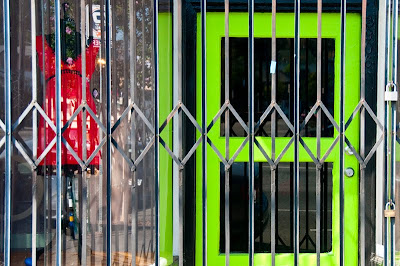 Often (but less and less), the idea of a small business is almost defined by whether it is closed on Sunday – a nostalgic notion in a society that is open 24/7. When you see the light filtering through the old-fashioned iron security gates, the result can be a rainbow of delights just beyond reach — at least on Sundays. Images in this series (many more of which can be seen online) were taken on Sunday mornings in older neighborhoods like South LA, Compton, Watts, East LA, Boyle Heights, Koreatown, Chinatown, Hollywood, North Hollywood, Canoga Park, Van Nuys, Pacoima, Inglewood,Huntington Park, Lynwood, South Gate, Arleta, Sun Valley, San Fernando, Reseda, San Pedro, Long Beach, Burbank, Eagle Rock and Highland Park. However, these kinds of shops can be found in every city in America and display a spirit and inventiveness (and often a sense of humor) completely wanting in a shopping mall or chain store, or on the internet for that matter. 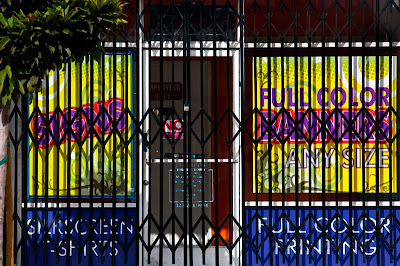 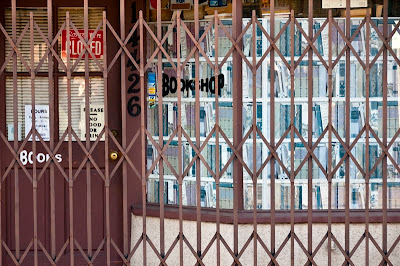 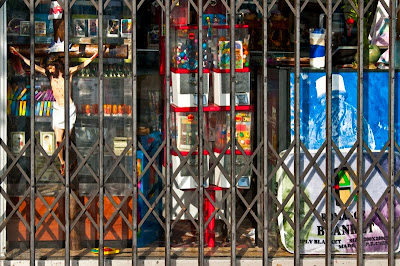 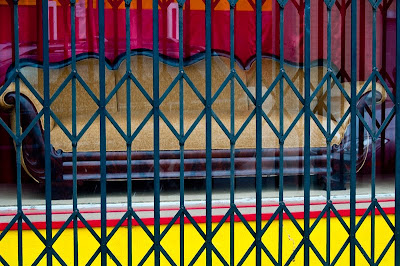 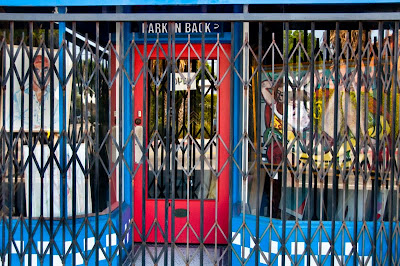 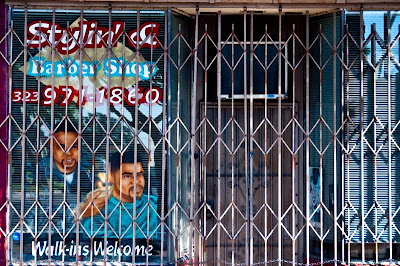 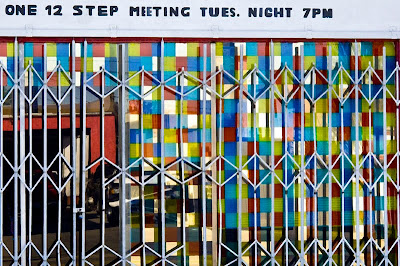 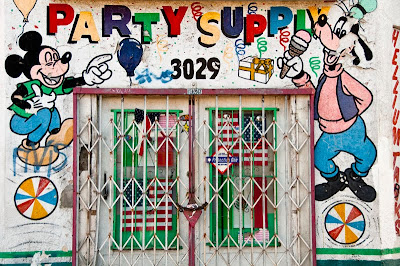 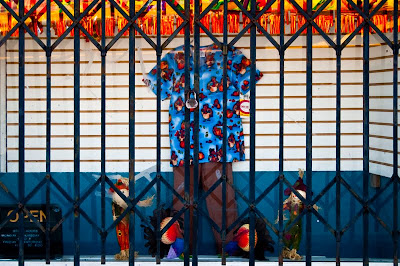 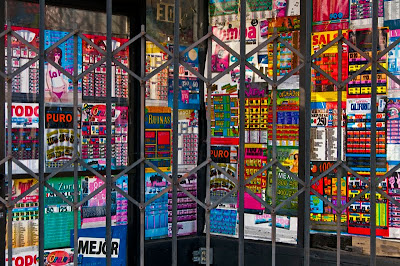 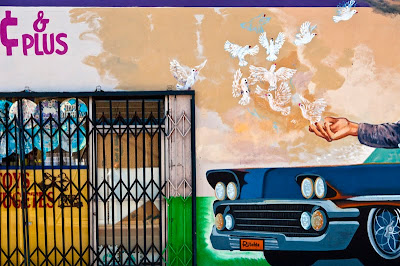 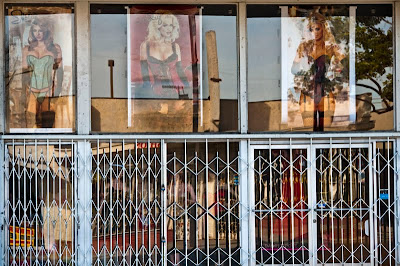