Elizabeth Noble’s website doesn’t reveal a single fact about the photographer, but she does share several bodies of interesting work. From Camden, Maine, Elizabeth brought her project, Beverly Lane, to Santa Fe.

Nascentes morimer – “from the moment we are born, we begin to die”; yet most of us seldom contemplate our mortality beyond the daily perfunctory choices we make in the service of self-preservation. Death is a taboo subject in our society, especially ordinary, unremarkable death. If someone dies as the result of extraordinary circumstances, a terrible crime, or a distant war, we are intrigued. But conventional death remains deliberately, “safely” shrouded. 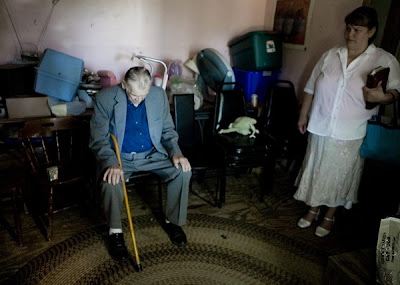 Beverly was diagnosed with mesothelioma in December, 2008; he died October 6, 2009. He confronted his death with grace, humility, faith and wit. These images are part of an ongoing project documenting the dying process of patients facing terminal illness. The intention of the project is to proffer a simple, quotidian portrait of the natural dying process. The images of family, solitude, routine and struggle are meant to impel the viewer to contemplate her own mortality or that of loved ones. 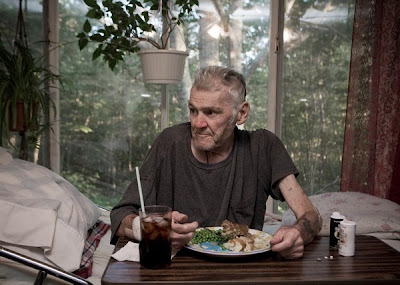 My time with Beverly taught me that even a limited understanding of the end of life can reveal better means for living. The first time I met Beverly, without sadness or regret, he matter-of-factly told me that he wouldn’t live to see the summer through. A devout Christian and practicing Pentecostal, he was not afraid to die; he had lived a full life, built a large loving family and was ready to move on. 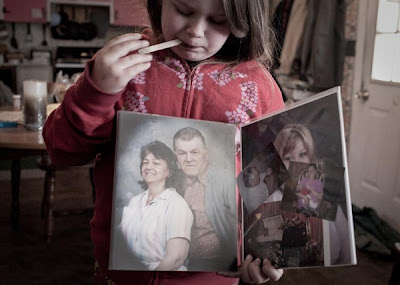 Beverly endured his slow decline with courage and quiet contemplation, but it was an isolating struggle. In the end it became a waiting game; boredom and frustration with his weakening condition were pervasive. Beverly was ready to die long before he finally passed, but he found comfort in his faith, his family and the memory of his wife, whom he missed deeply and was impatient to see again. 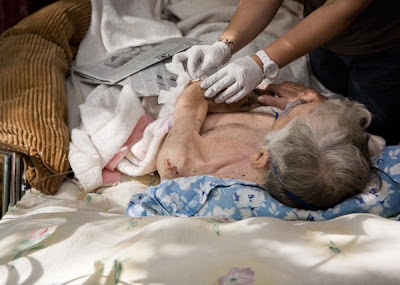 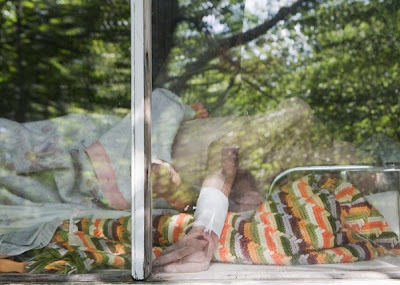 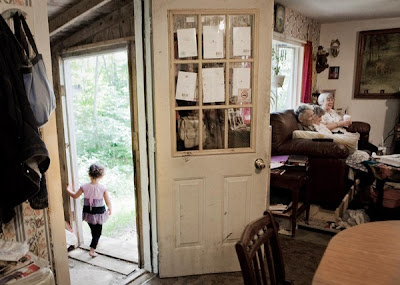 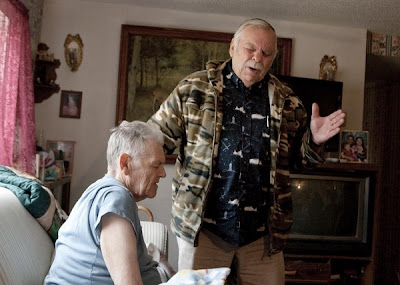 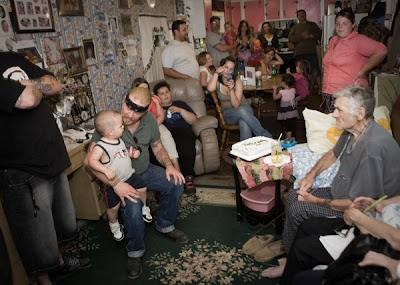 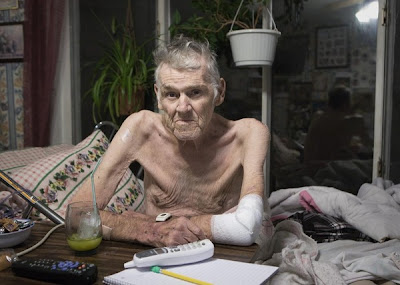 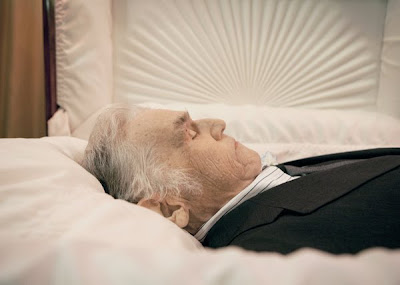 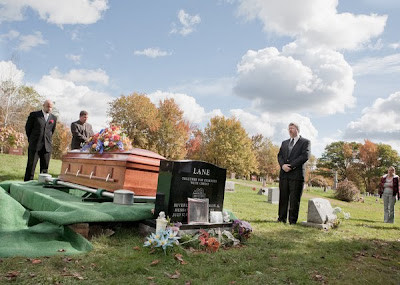