You may already be familiar with Jeff Sheng’s poignant project, Don’t Ask, Don’t Tell, about gay and lesbian service members. Jeff has a book dedicated to the series, and an exhibition opening at Smashbox Studios in Los Angeles, tonight, June 10th. The event is hosted by APA-LA. Jeff is a Los Angeles based photographer and a Lecturer for the University of California, Santa Barbara. Jeff holds a BA from Harvard University and a MFA from the University of California, Irvine.

Jeff began making work about the LBGT community in 2003 about with his series, Fearless, documenting high school and collegiate athletes who openly self-identify as lesbian, gay, bisexual, or transgender and are “out” to their predominantly straight teammates and coaches. An athlete himself, Jeff found that the sports culture was an uncomfortable place for a closeted teen, so he moved away from athletics and discovered the powerful solitude of photography. While attending Harvard, he was moved by Matthew Shephard’s death, and created large scales images taken at the site of the killing in his series, Revolutions of Memories. An interesting interview with Jeff is available on The East Village Boys. 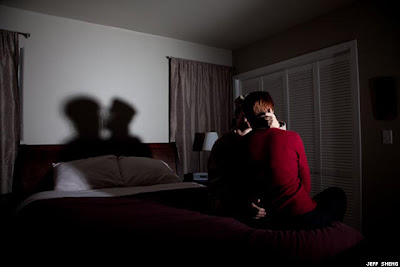 I have purposely shot each image in a way that obscures to some degree the identity of the individuals, and the final image that is released to the public is first approved by the subject, and is in many ways, their expression of their closet-ness and lack of identity. For each image, I have asked the individual to wear their uniform, while staging the photoshoot in a bedroom or local hotel room where that person is currently serving. I am interest in the intersections between public and private space, and the government’s policing of our private spaces – the bedroom being the most representative of this.

Ultimately for me, these photographs underscore the silence permeating the unsung heroism of gay and lesbian military personnel. The photos are about the men and women who continue to fight and serve despite the heartbreaking invisibility they suffer. 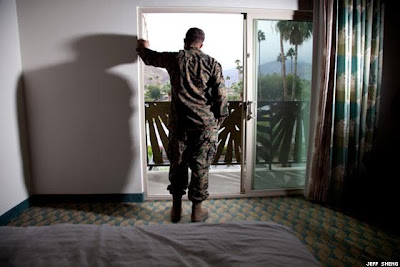 I wanted to bring light to this incredible injustice. This is open discrimination by a government founded on the equality of all. About two soldiers a day are being discharged for being gay. This, when we need trained and talented soldiers more than ever. We’re losing medics, linguists, highly trained soldiers. When you’re lying somewhere injured from battle, you don’t care if the person saving you is gay, straight, nothing. You only want to live. 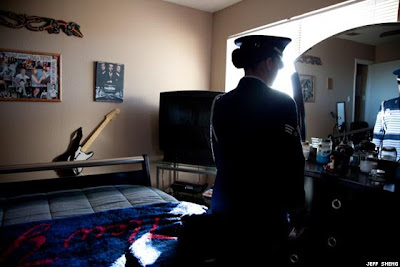 And the penalties for admitting to being gay is brutal. In addition to being banned from ever again serving in the military, this from an email in the book from the Legal Defense Fund: “the service member’s DD214 (discharge paperwork) says on it ‘homosexual conduct,’ which is significant because many future employers will ask for that paperwork… 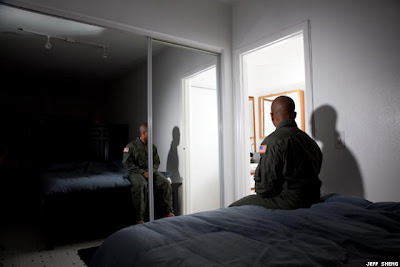 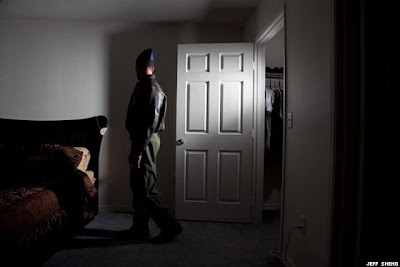 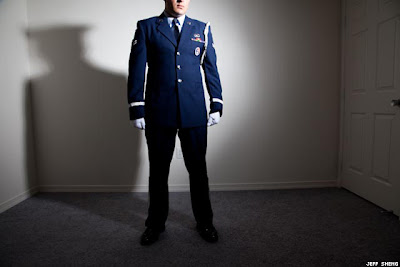 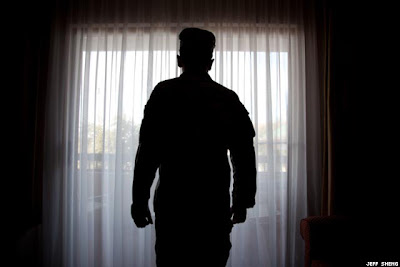 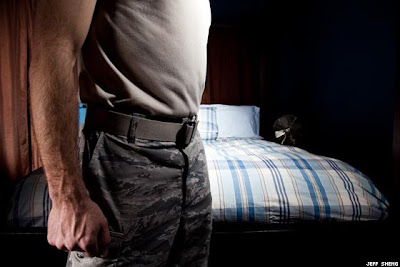 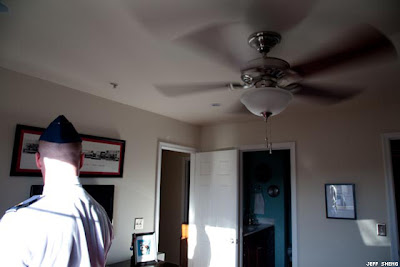 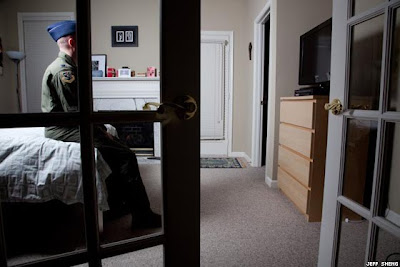 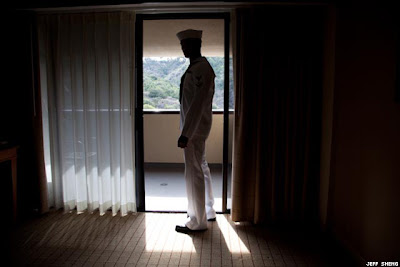