Paul Hansen: Picture of the Year International by Aline SmithsonJune 28, 2010

I spent all Thursday at the Annenberg Space for Photography in Los Angeles, attending lectures and portfolio reviews hosted by the Photographer of the Year International Education & Awards Program. They provided an elegant lunch and riveting lectures by award winners, in particular Swedish photographer, husband, and father, Paul Hansen. Paul garnered the First Place Photographer of the Year: Newspaper Award. The Prison Photography blog has a wonderful interview with this incredible documentary photographer.

Paul Hansen is a photojournalist based in Stockholm, Sweden. As a staff photographer for the daily newspaper, Dagens Nyheter, Hensen’s assignments and self-initiated projects take him all over the world. When covering events in Haiti, Bosnia, Afghanistan or back home in Sweden, there is always one common denominator that links his work together; empathy. His visual storytelling has, among a host of domestic and international prizes and honors, also awarded him the title “Photographer of the Year” in Sweden six times.

I’m sharing work from two of his many stories, Gaza, After the War and One Last Game. To see more, check the POYI website.

Images from Gaza, After the War
According to the Israeli army this is the main reason why “Operation Lead” started. The smugging tunnels under the border to Egypt was not only being used to transport food, but also weapons and rocket components for the Hamas. The organization used the rockets to bombard Israeli citizens across the border. This tunnel is 700 meters long and took nine months to build. The Israelis bomb the tunnels regularly. 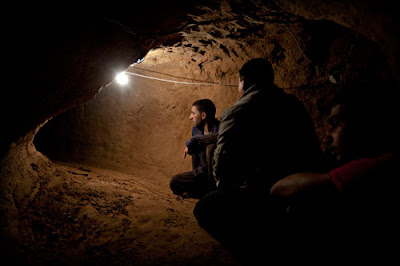 Etaf Khader, has twelve children and making dinner takes her close to four hours on a makeshift stove next to her destroyed house. Rebuilding for the future is almost impossible. The Israeli authorities does not allow any building material such as timber and concrete to pass through the checkpoints surrounding Gaza. The isolation breeds desperation and cyclical eruptions of violence. 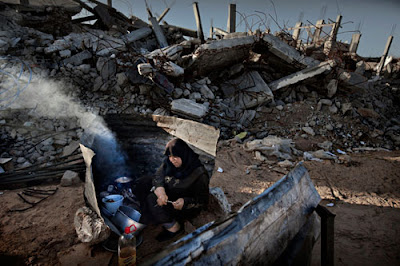 In Jabaliya on the outskirts of Gaza city the destruction is widespread. Everywhere there are destitute people living in tents next to the ruins of their former lives. 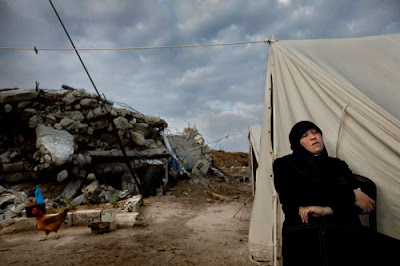 The car that Muhammad Haddad traveled in with his father, mother, sister and brother were shot at by the Israeli artillery. The explosion threw him ten meters from the car. Everybody else died. For his burns he is being treated at a makeshift hospital tent run by the organization “Doctors without borders” in Gaza city. 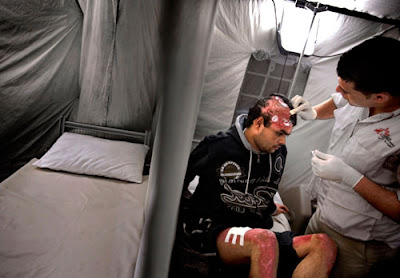 Njoud al Banna cannot communicate with her husband anymore. He is deaf and mute and they used sign language before. During an Israeli air attack they hid in the UN school in Gaza city when a bomb explosion paralyzed her one hand and destroyed the other. She is treated for her pain and physical injuries at the MSF centre in Gaza city. 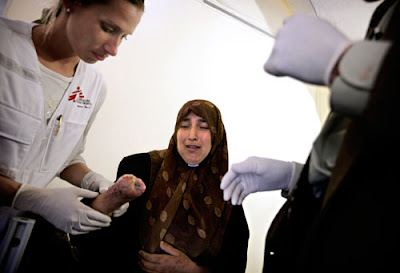 Images from One Last Game
Since they were born sixty seven years ago the twin-brothers Erik and Lennart have shared everything; the hard life in institutions, apartments, and of course their great love for the sports club AIK. With mentally challenged parents, unable to take care of them, they have spent their entire life together at different childcare institutions around Sweden. Ever since they can remember their substitute family have been the camaraderie and love from the supporter in the sports club. 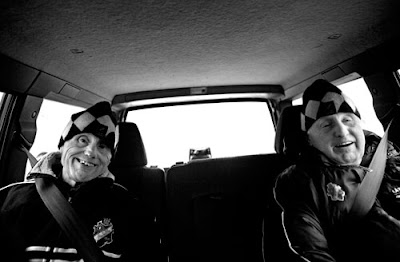 The doctors puts Lennart on medication against the cancer and he is confined to the hospital. Erik is at his side every day. He tries hard not to show his brother how worried he really is. 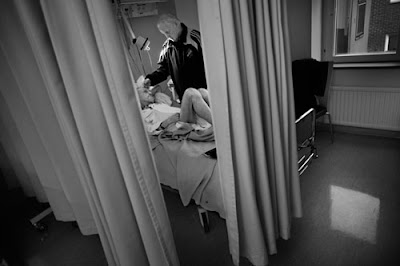 With help from escorting friends – and the hospital staff giving Lennart extra transfusions of blood beforehand – Lennart makes it to the final game in Gothenburg. Landing at the airport he turns to his brother, smiling broadly and reciting the seating arrangements waiting for them; “Place 40 and 41, row 3, the south stand.” When the referee blows the final signal and their beloved team wins first place in the football league the fans, including the twins, go wild. 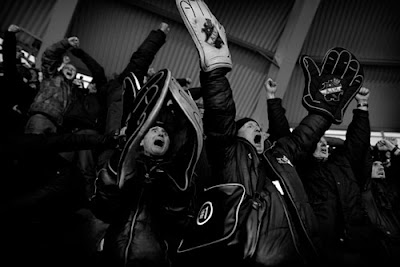 The city is in chaos, and the streets in central Stockholm are crammed with celebrating people. Recognizing the teams biggest fans, the local police helps the frail twins through a back door to the party. Linnea, working for the sports club, gets wonderfully surprised by their unexpected appearance. 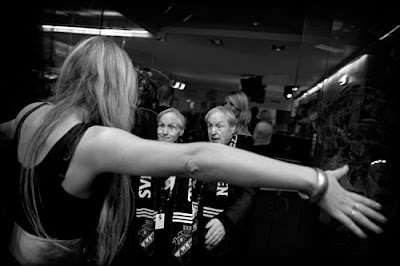 The days after game Lennarts illness takes a turn for the worse. He is taken by ambulance back to the cancer ward at the hospital. Erik does not leave his side. 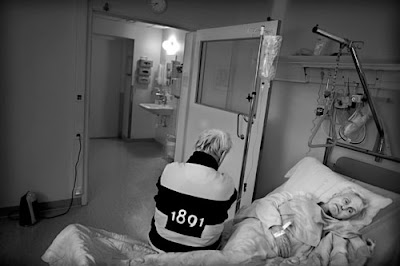 Lennart quickly fades away and dies from his cancer a few days later. The game in Gothenburg became Lennart and Erik’s last together. The funeral in Solna church is filled to capacity by his friends and family. The first to say goodbye is his twin brother Erik and sister Ingrid. From now on, the seat next to Erik will forever be empty. 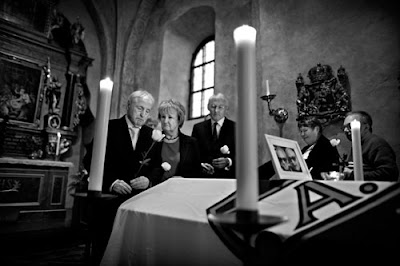