The Blurb book winners have just been announced and Judith Stenneken has won the $25,000 award with her book, Last Call.

Judith was born in Gutersloh, Germany and received her photographic studies at the Ostkreuzschule for photography in Berlin. For this series, Judith captures the last days of a Berlin airport, Tempelhof Central ,and presents a place, once vital and full of life, in it’s ghostly echoes of decline. As Youngna Park writes on the Hey Hot Shot blog, A woman with a loose ponytail looks lazily at a x-ray machine, but the security lines are empty and there’s nothing to be scanned. The bathroom lights have been shut off, the plants filling the main entrance hall are yellowed and dry, and an airplane in waiting is wrapped in plastic—rather corpse-like. One knows they’re looking at the eerie aftermath of a once lively party—a place at some point prized for its functionality and as an important junction for connection and innovation. It feels mournful to see it now, and to imagine what it will become in its fully closed state. 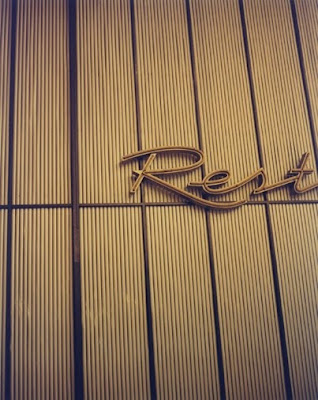 Statement: When I used to step in the main entrance hall of the airport, it always felt the same. In contrast to the stress of the city outside, this place was calm and relaxed. Although the airport was still operating, it felt as if the building was deserted and the only people who were there acted like extras in a movie: a man reading the newspaper and waiting for his flight, a woman from the ground crew standing behind at the check-in counter waiting for passengers to come. 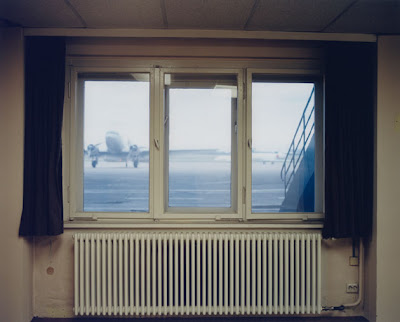 Nobody speaking, no announcements from the loudspeakers.
It was a place where time did not seem to matter. A place which slowly lost its function, where desertion had been taking place for a long time, where the future is still unkown. 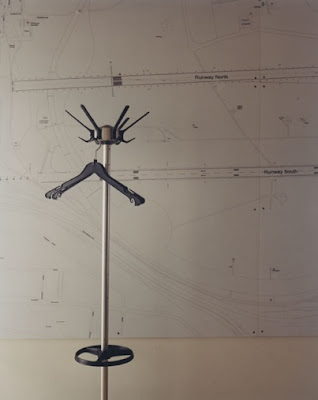 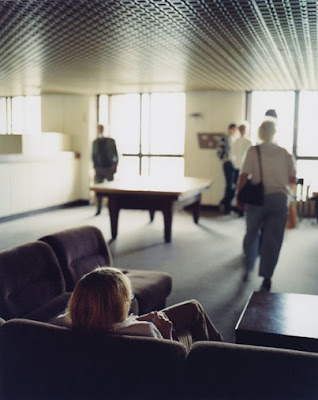 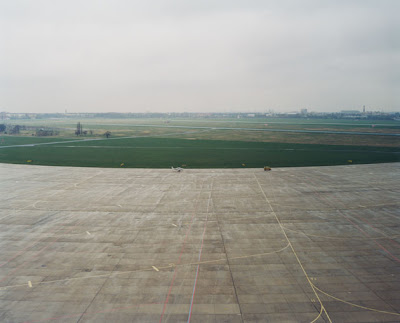 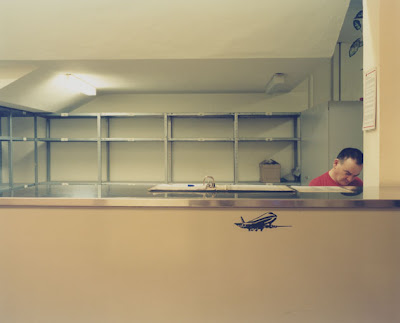 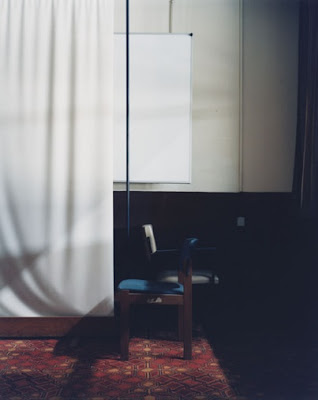 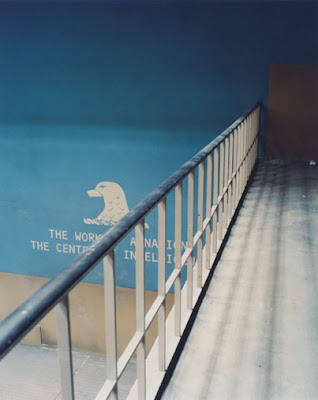 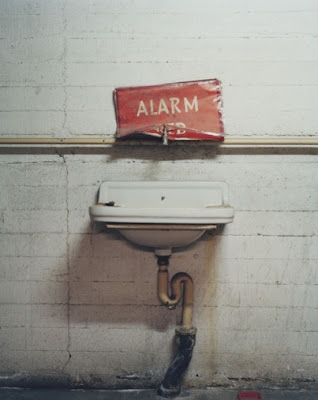 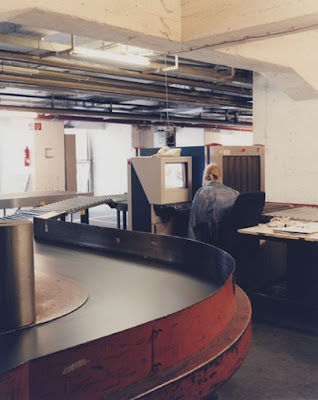 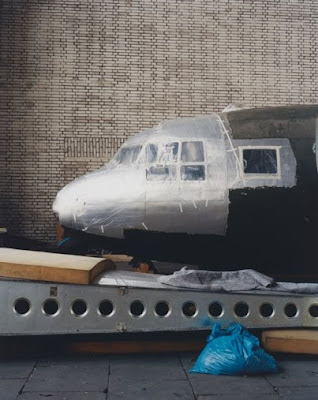 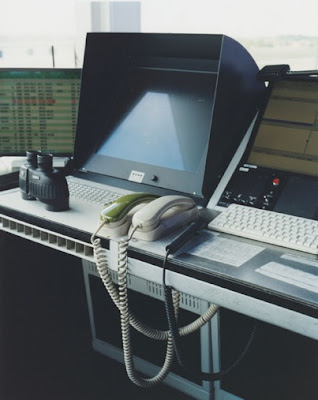 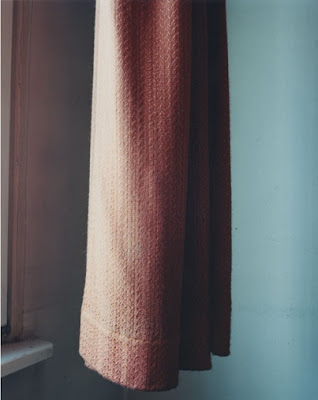 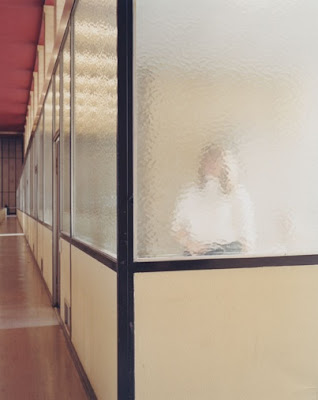 Interview with Judith on the Blurb site:
How did you get involved in this project?
I knew there were discussions about the [Tempelhof] airport to be closed down in the near future. I did not want to miss the chance to have a look at this historical building while still in progress. When I stood in the huge main entrance hall of the building the atmosphere there immediately affected me. It felt more like being in a museum then in an airport – “silence” was the first impression going through my mind. You would not expect an airport in the 21st century in Berlin and in the middle of the city to have a calm attitude. I was totally affected by that. By chance I had my camera with me and started shooting. I only brought two rolls of film with me, but looking at the few negatives later on, I knew I had a project.

Why was this work important to you?
People say it hurts when you’re growing. I guess that’s not only right for the physical state of your body when you’re young, but also every time you’re going through changes, which force you to grow emotionally and mentally – besides the joy it could bring.
I went through such changes, when I was shooting the project and I felt the airport was too, as it was suppose to lose its original purpose of being an airport without knowing what to become afterwards. I felt connected to it and wanted to show both the beauty and the melancholy of leaving something behind.

What’s the back-story on your book?
When it came to my final exhibition at the Ostkreuzschule in November 2009, I realized that I did not only want to show the 12 big prints I had made for the exhibition, but also a wider selection of the huge amount of images I had. Therefore I decided to do a book. As this was my first book project, it was a real challenge working on it, but it was fun too, so I kept going even after the exhibition and did more versions of the book, before finally deciding to do a modified version with some extras, which I then sent to the Photography Book Now competition.

What was your reaction when you heard you won?
I was excited and flattered. To be honest, right after the phone call and after realizing what happened, I screamed and cried and laughed and then listened to music – very loud – and sang all my favorite songs. It was pure happiness I felt that day, and I truly enjoyed it, because I knew it won’t feel the same the next day…