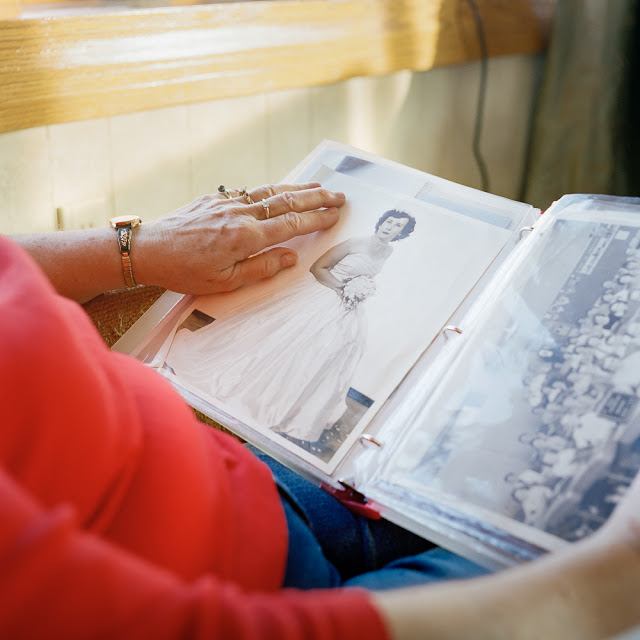 I am very happy to present Kristy Carpenter as our second place winner for the 2013 Lenscratch Student Prize.  Kristy’s body of work focuses on the incredible bond with her mother.  Her vision explores an intimate relationship, one where a parent finally transcends their duties of raising a child and becomes one of the strongest of friends.
When asked for one sentence to explain why she is a photographer, she replied:
I’m as much a collector as I am a photographer, with a compulsion to record and save the little moments that strike me, knowing how easily they can be lost or forgotten.
Kristy was born in 1987 and grew up on her family farm in the small rural town of Bronson, Michigan, where there are more farm animals than people and only two working traffic lights. In 2006 she moved to Cambridge, Massachusetts, started college at Harvard University, and fell in love with the city of Boston. Ensuring that she would never be employable and signing herself up for a lifetime of starving artist jokes, Kristy graduated with a BA in Visual and Environmental Studies in May 2010.
Kristy currently lives in Rochester, New York, which she has learned is actually the arctic, judging by its cruel weather. This is her final year of graduate school at Rochester Institute of Technology – a campus composed almost solely of hipsters and engineers, where she is completing her MFA in Imaging Arts. No matter where Kristy is, her work continually takes her back home again, exploring family ties and a strong connection to place. 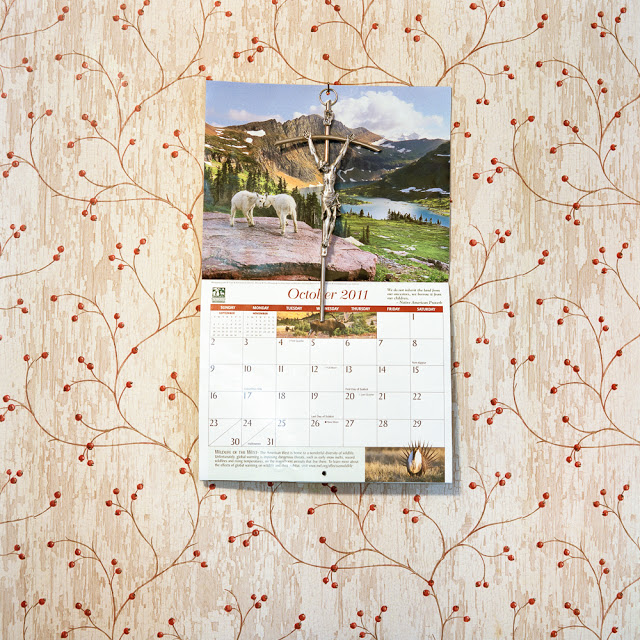 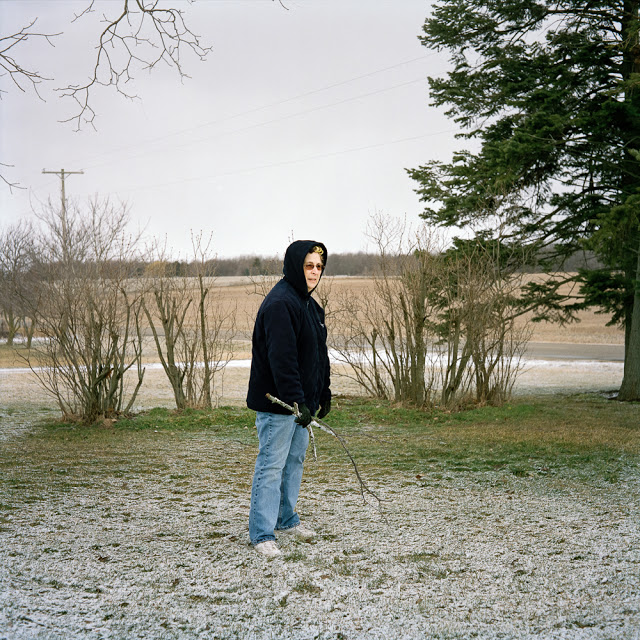 Something other than I had planned
This work is an extended portrait of my mother. It functions as a tribute to her character. It is an examination of her life, and an attempt at understanding the place she holds within my life.
As the youngest child, mom and I were close, largely because I was always around. I grew up in a world of adults, surrounded by older siblings to look up to and model my behavior after. Good at making myself unobtrusive, a shadow following my mother around, I was often privy to more than my share of family drama and gossip. Much I tuned out and the rest I quickly learned to keep to myself.
As I grew older, her sharing of information, of frustrations, of worries became more intentional. Just as my mother was a sounding board for the drama in my high school life, I gradually became hers as well. When my father died, it was just the two of us left in that house. The others had their own lives and families to look after – we had each other. Even when I was away at school, we spoke almost daily, often about nothing, knowing the other was checking to see if we were okay. 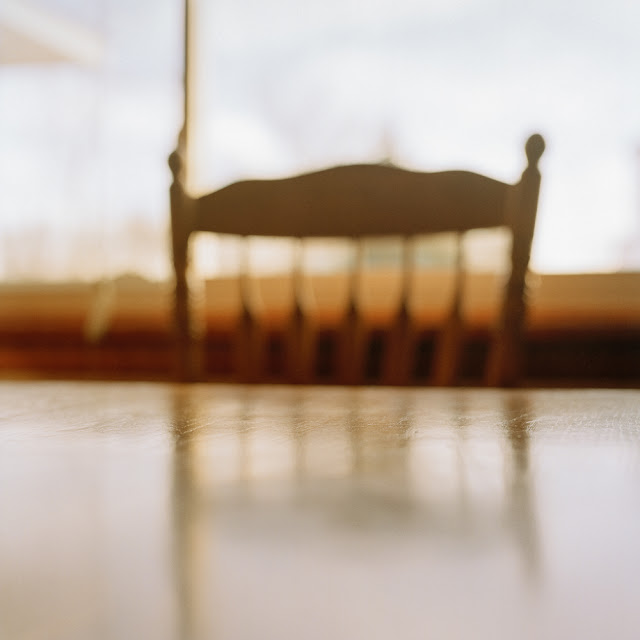 Returning home from college, I realized that the time we spent together at home had changed too.  My busy schedule of games, practices, and events was long past. I now found myself living according to her calendar, given a glimpse at the new life she had created for herself in my father’s absence, in my absence. I saw aspects of her life in new ways, old enough now to observe and question instead of merely following along. Her generosity with her time and energy was humbling. I volunteered beside her and realized how many others she continued to take care of. We talked about our views on life, on family, and even the forbidden – religion and politics. We came to better understandings of each other, even if we couldn’t agree. I brought her into my world of technology and photography, keeping her in the loop and dragging her around as an assistant for my projects. 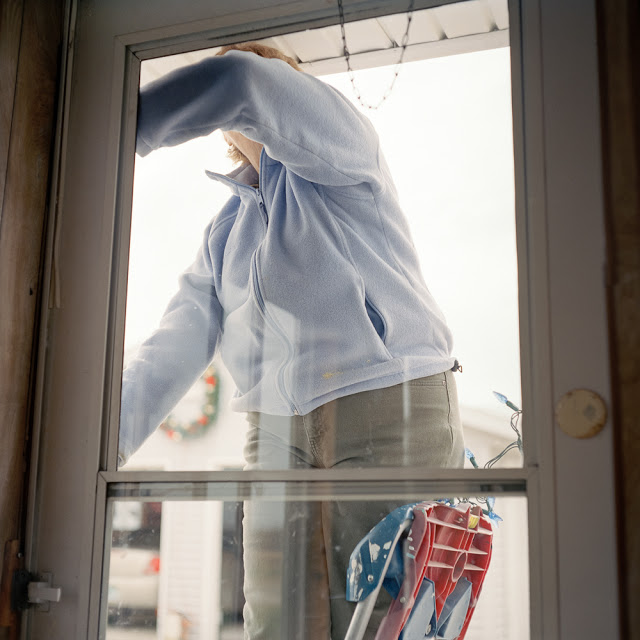 Getting to know her this way, as a friend, not only as a mother, has been an amazing journey, and one that will continue. Photography has become the tool for visualizing my evolving understanding of her, my way of reflecting on the insights I’ve gained and recording my own responses to these. This wasn’t the body of work I set out to create in the beginning. It has evolved into something more. This is a portrait of my mother, our changing relationship, and her new life, independent of my father. It speaks to her strength and resilience as she faces what we all must – change, as life continues to move on around us. 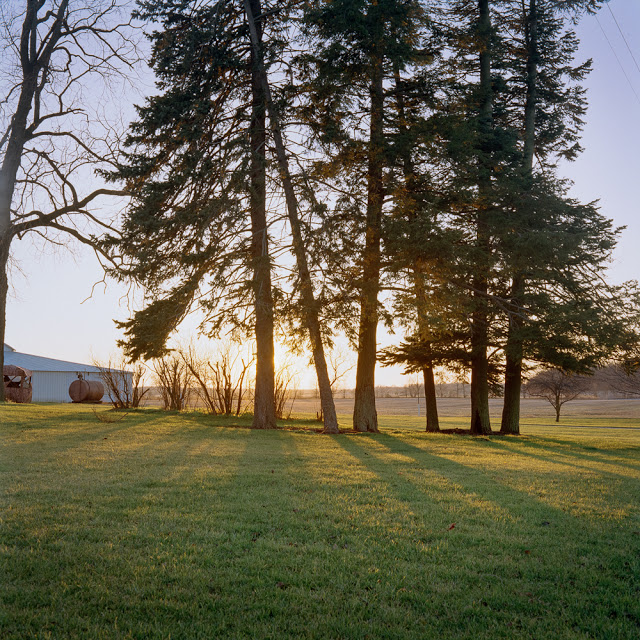 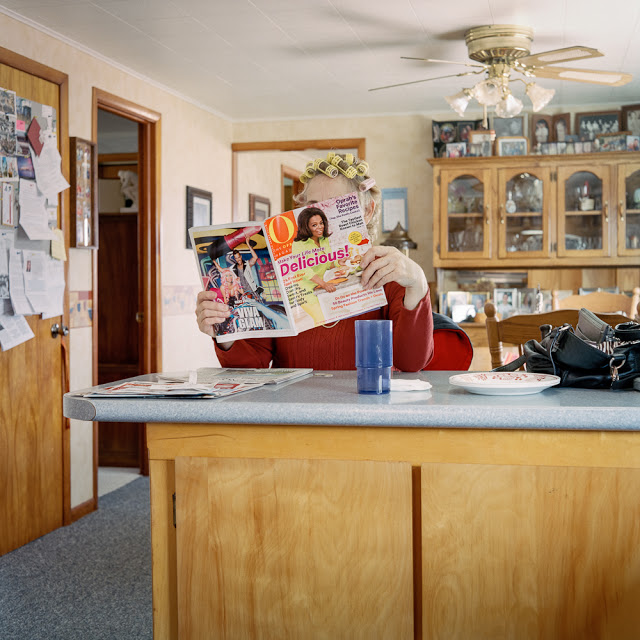 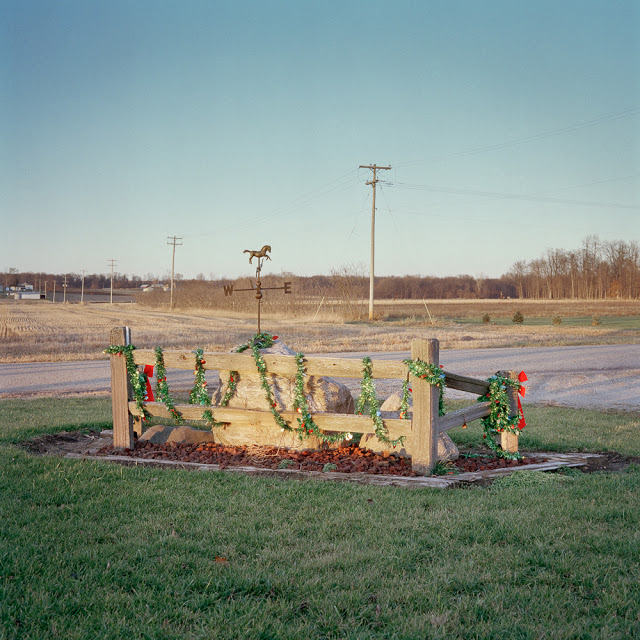 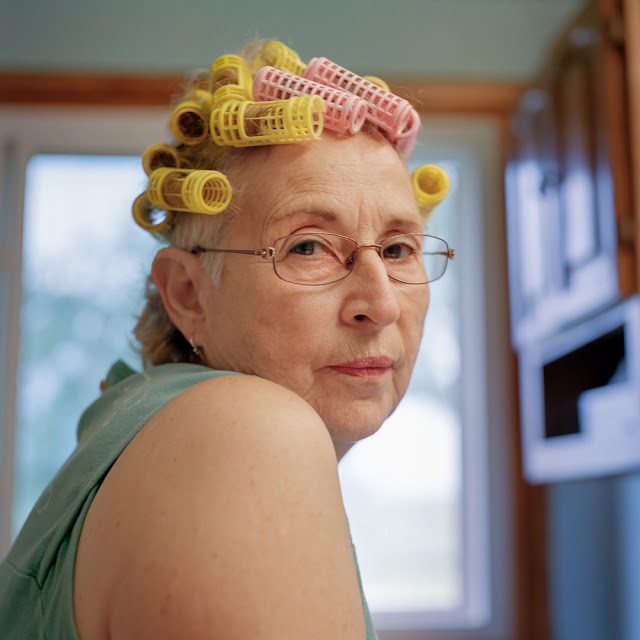 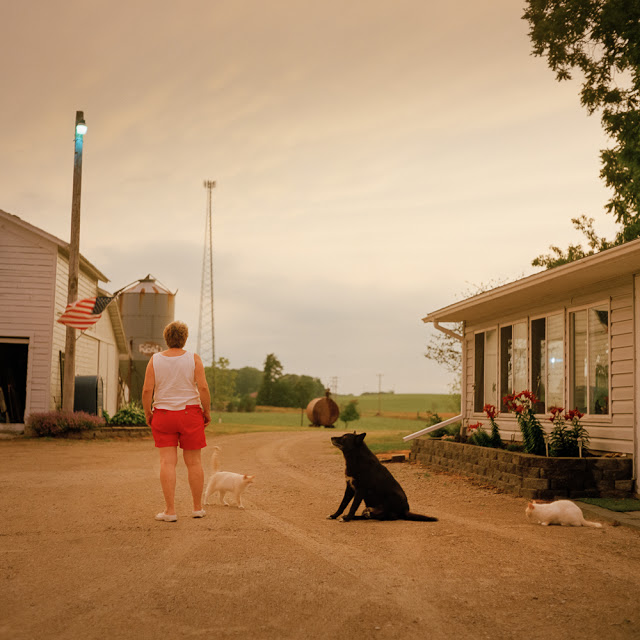 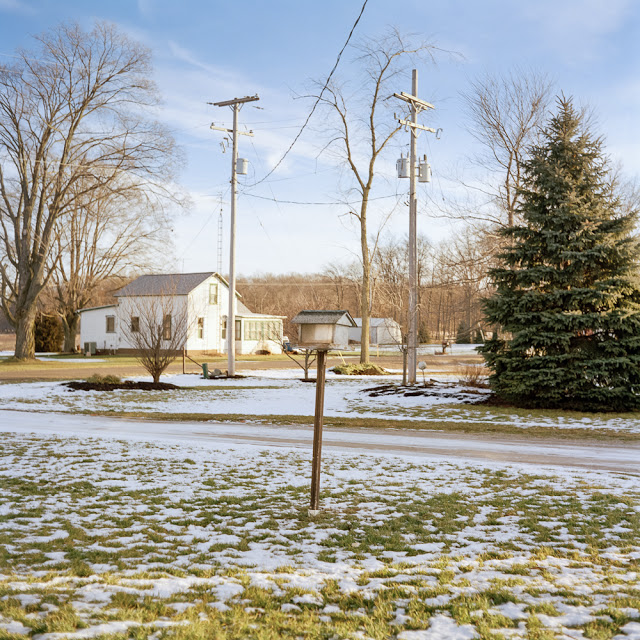 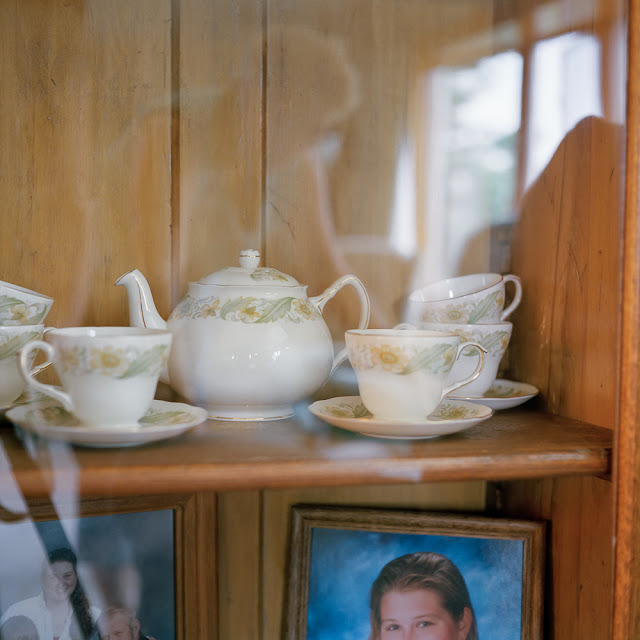 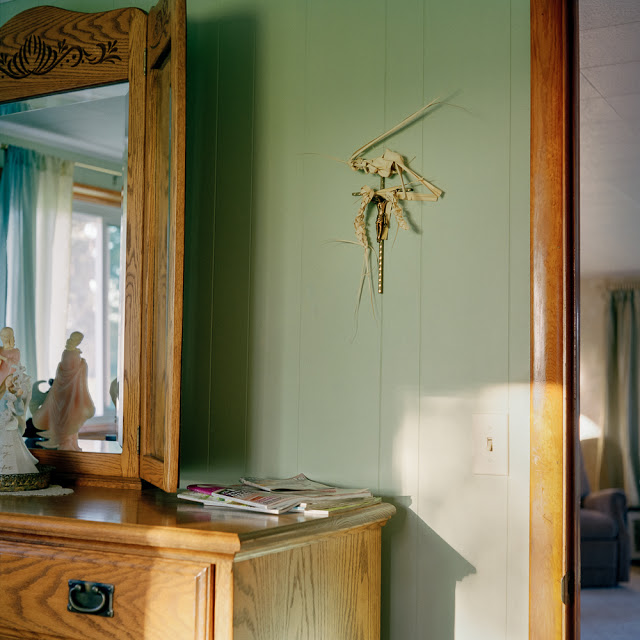 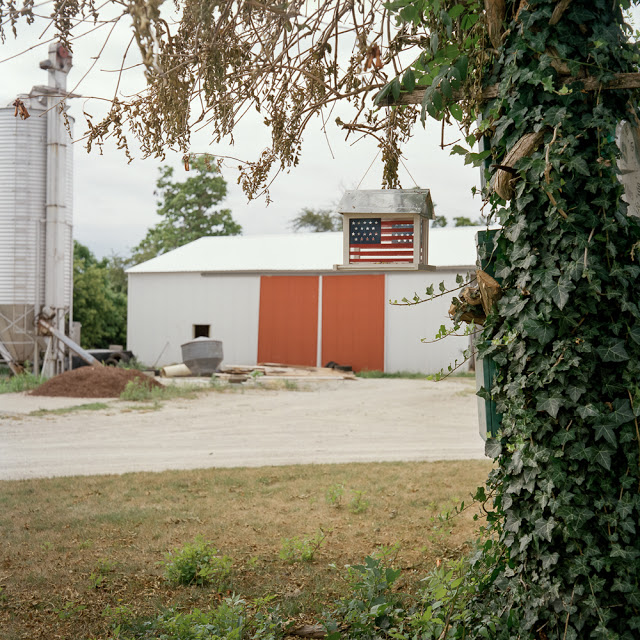 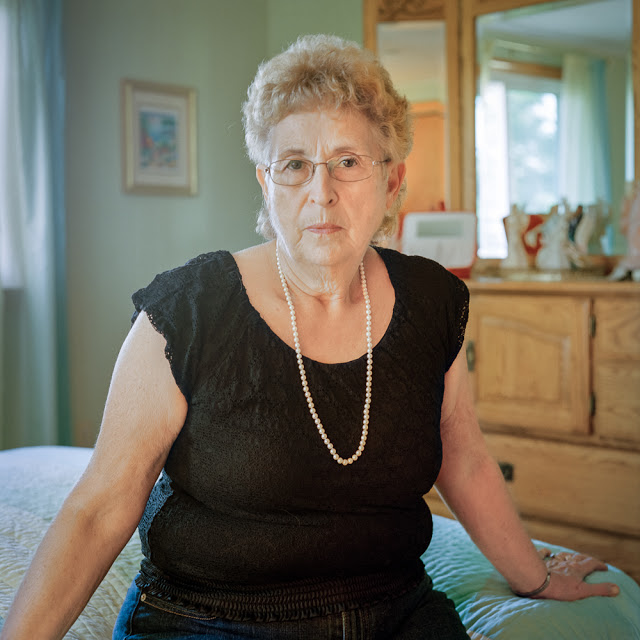 Additional video pieces from her series can be found here.