When I was determining the Juror’s Selection Award image for the Center of Fine Art Photography’s Dreams Exhibition, I was looking for an image that felt unexpected and original. I did not have to look hard to find Laura Hartford’s image of her son, from her series, Like a Weed. It is mysterious, evocative, and creates a wonderful narrative. 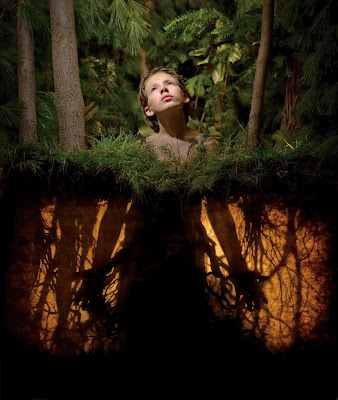 Laura has BFA from the Universtiy of Louisville and an MFA from Indiana University and teaches photography and digital art at Bellarmine University, currently serving as the art department chair. She has exhibited nationally and has received artists grants from the Kentucky Foundation for Women, the Society for Photographic Education, and the Kentucky Center for the Arts. This spring her image “Hovering Between Us” will be included in volume two of “Light and Lens” by Robert Hirsch from Focal Press, and she will be completing a month-long artist’s residency at Lacock Abbey in Wiltshire, England working on calotypes at the William Henry Fox Talbot Museum.

Like a Weed is from an on-going series of portraits of my son Jake, which began in 2002 when he was six. The project originated as a play on the concept of Mother Nature and evolved from my interest in how women are portrayed in art, literature and popular media. The work is a personal reflection on the hopes and fears of parenting and on the pervasive metaphors linking the female form with nature. Many argue that this association creates a dichotomy between the feminine world of intuition and ‘fecundity’ and the masculine world of analysis and construction, with the fruits of rational (masculine) efforts inevitably more valued than those of the intuitive (feminine). 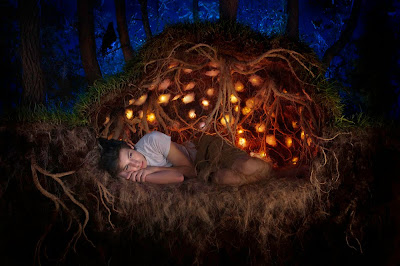 While working on an artist’s book I discovered the Victorian language of flowers and began “planting” Jake in my studio, constructing sets for him with lumber, plants, fabric, dirt, paper, photographs and other materials. The project became an extended meditation on my relationship with Jake, using gardening as a central metaphor. Moss, which represented motherhood to the Victorians, appears in many of the photographs and serves as a symbol for the complexities of maternal love, with which one struggles to find balance between embrace, entanglement and release. 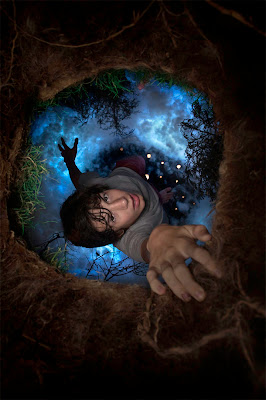 Although digitally output, my work is essentially “straight” photography. Root was shot on a Canon 5D, developed in Photoshop Camera Raw and output as an archival ink jet print. I don’t digitally composite my images. Instead I prefer fabricating imaginary places with simple tools and materials. 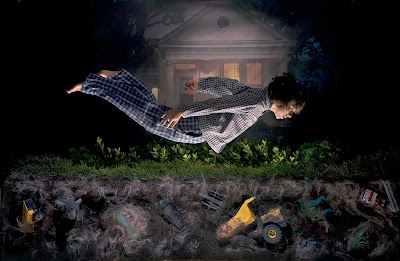 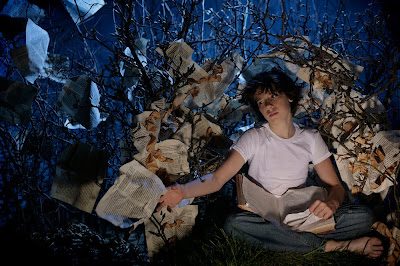 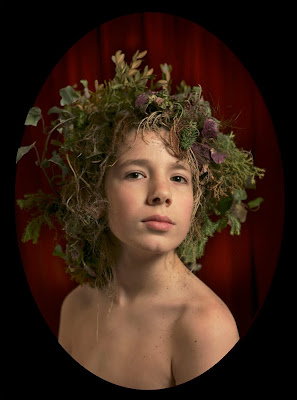 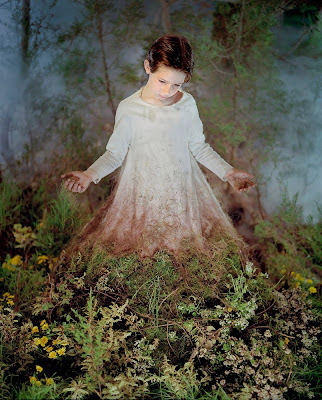 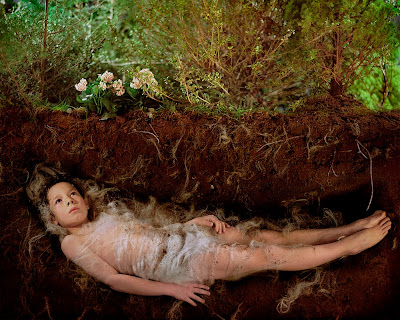