As a birthday nod to my friend, Gray Malin, I wanted to share his work and his story. When I met Gray several years ago, he was fresh out of college, trying to earn an income from by selling his photographs at a local flea market. He was selling matted black and white images he had captured in Paris, and gave his buyers a gift with purchase–a coupon for 50% off at a local chain frame store that he downloaded off the internet. His affable personality and well-priced photographs made him a popular vendor.

He then started selling his work at a large Beverly Hills art festival, where his photographs leap off the walls at much higher prices. Soon after, Gray knocked on the virtual door of the home decor shopping site, One King’s Lane, and the rest is history. His regular sales have garnered him a liveable income, tons of fans and a roster of prestigious clients. His Prada Marfa images are hanging on walls all up and down the eastern seaboard. 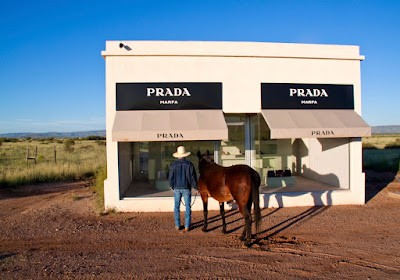 Gray never stops thinking about and researching photography. One of his new series looks at the affects of florescent lights, where the graphic nature and color of tubes results in artful images. 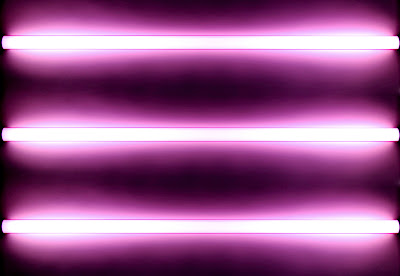 For his newest project, and next launch on One King’s Lane, Gray has been traveling the globe capturing the world at leisure. Shot from a helicopter, he has flown over Miami, Rio, Sydney, Kauai, and Las Vegas, with more destinations to follow.

La Plage, La Piscine: Last year, on a trip to Las Vegas, I stayed on one of the highest floors of a massive hotel that provided a birds-eye view of the pool below. Surveying the scene below of hotel guests enjoying the pool, I immediately became intrigued by the spectacle and the perspective. As I photographed the scene, I realized it perfectly captured the essence that only exists in the world of beaches and pools–the color and vibrancy, the elements of play and relaxation, and the beauty of water. I created a photograph that, unbeknown to me, would spawn a new project that would take me across the globe. 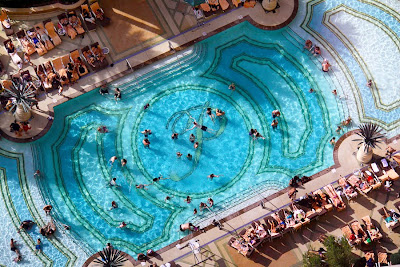 From above, a simple beach or pool becomes a blank canvas that allows me to start seeing the world as art. People and objects become patterns creating repetition, shape and form. Each geographic location has revealed that the love of water is a universal experience, an activity that offers people a sense of freedom and joy. Seeing the world from the seat of a helicopter makes me appreciate the beauty of our planet. 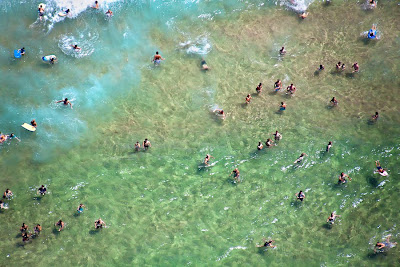 These photographs are a visual celebration of color, light, shape— and summer bliss. 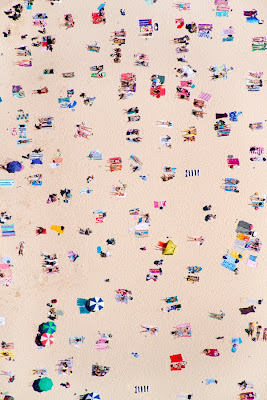 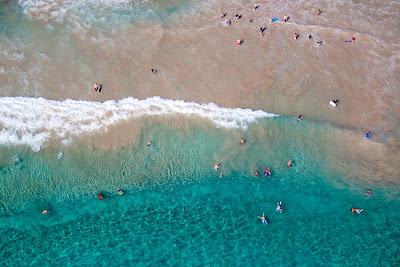 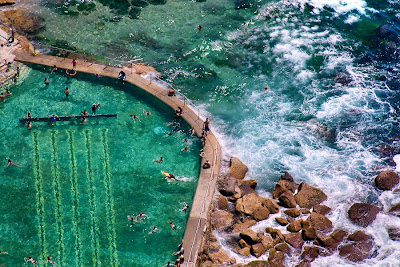 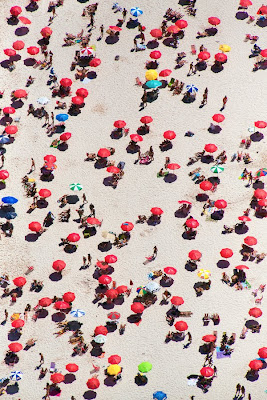 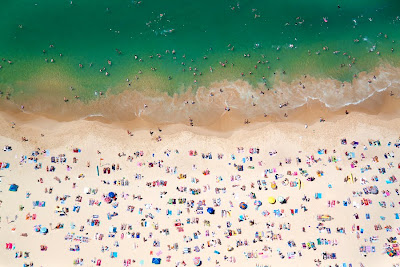 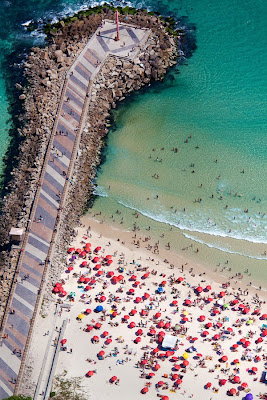 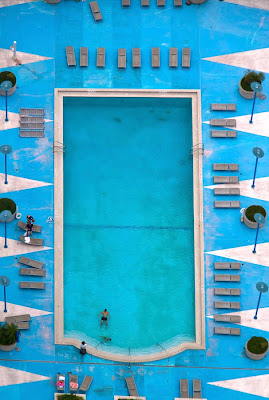 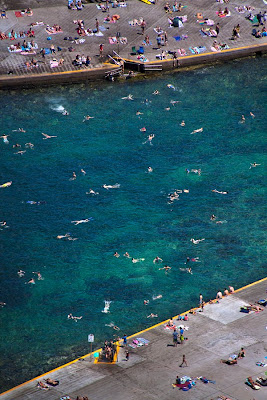 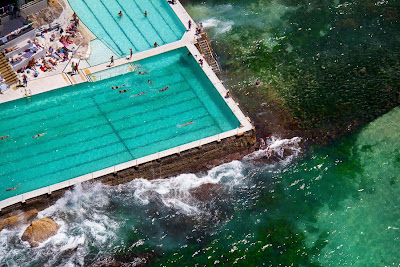 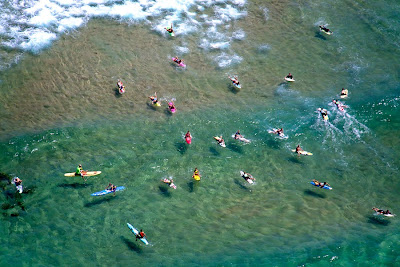 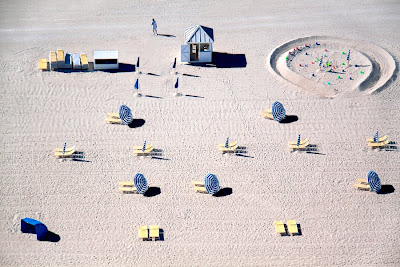 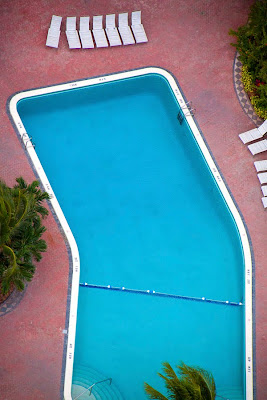 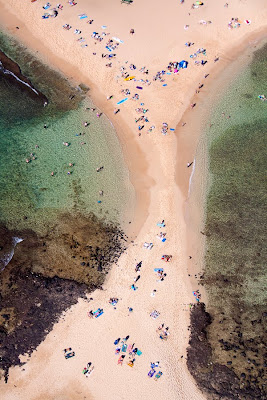 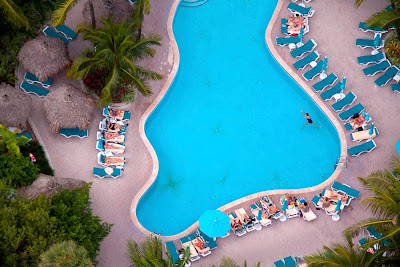 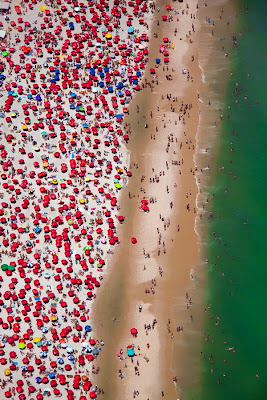 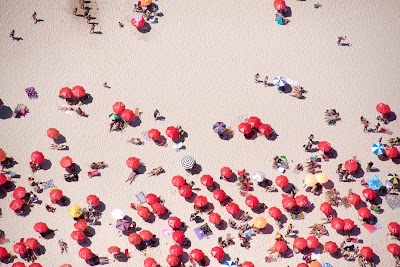 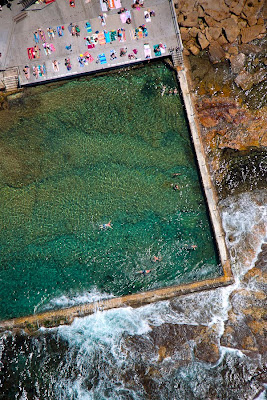 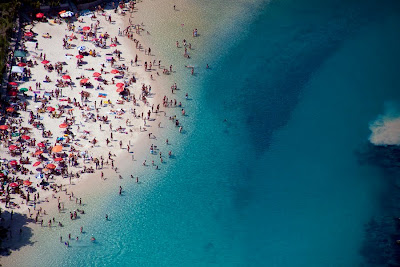