Stephen Mallon: Brace for Impact: The Salvage of Flight 1549 by Aline SmithsonMay 17, 2012

I first featured the work of New York Photographer, Stephen Mallon on Lenscratch when he shared his amazing series, Next Stop Atlantic. For this project,  he discovered what happens to subway cars at the end of their lives:
Seeing these massive mechanisms being tossed into the ocean like a toy in the bathtub is a  ping in my heart. I have always been attached to these machines, their surreal beauty integrated into their functional engineering.  The Metropolitan Transit Authority’s recycling program has been involved for the past decade, retiring over 2500 subways cars to the ocean to help rebuild underwater reefs along the eastern seabed. These are my images, seconds before these mass transit vessels join history in building homes for life under the sea. 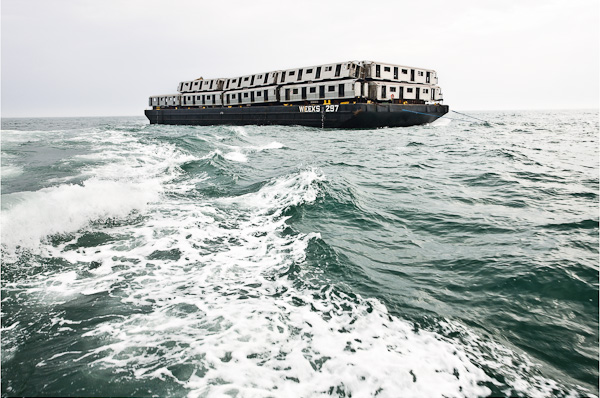 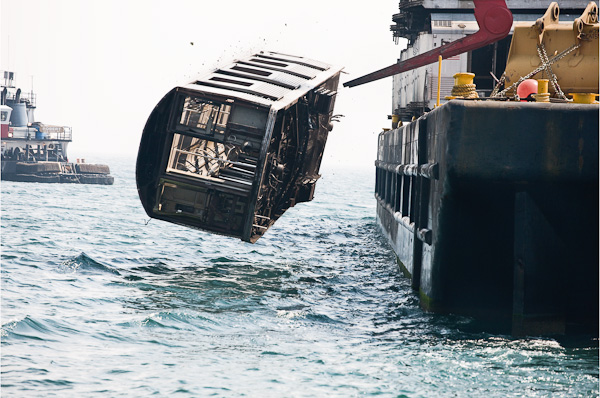 Stephen’s work also reached the international consciousness when his images of Flight 1549 went viral in 2009. The series,“Brace for Impact: The Salvage of Flight 1549,” document the salvaging of the US Air flight that, amazingly, airline captain Chesley “Sully” Sullenberger had managed to safely emergency-land in the Hudson River in on January 15, 2009. Produced during the two-week effort by maritime contractor Weeks Marine have since been exhibited in New York and featured on numerous websites, in print, and on TV, including Wired.com, New York magazine, NBC, Resource Magazine, Vanity Fair, and CBS News. 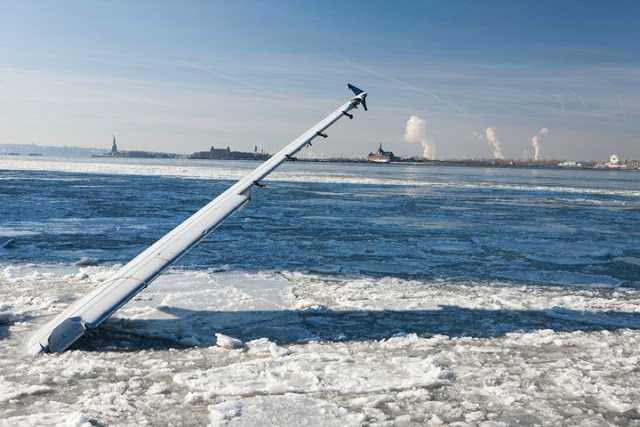 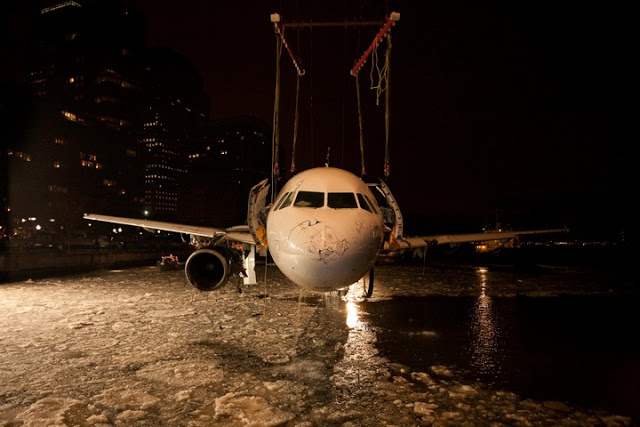 Stephen is opening a new exhibition, The Reefing of the USS Radford, at The Front Room Gallery in Brooklyn on Friday, May 18th.  The exhibition will run through June 17th and is a continuation of his ongoing series, American Reclamation, which chronicles and examines the recycling processes in the United States. 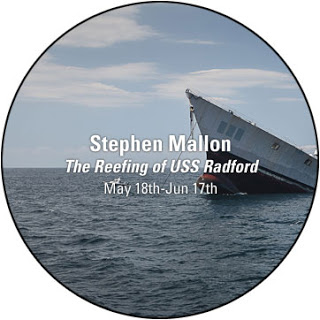 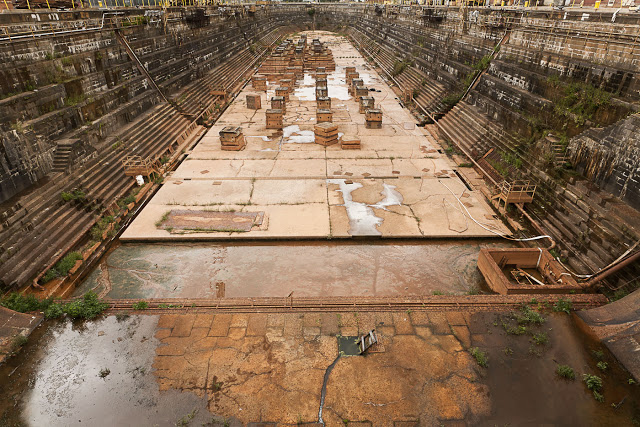 In the summer of 2010, American Marine Group (AMG) assumed responsibility of sinking the longest vessel ever reefed in the Atlantic Ocean to date.  135 feet deep, and 28.5 nautical miles southeast of Cape May. 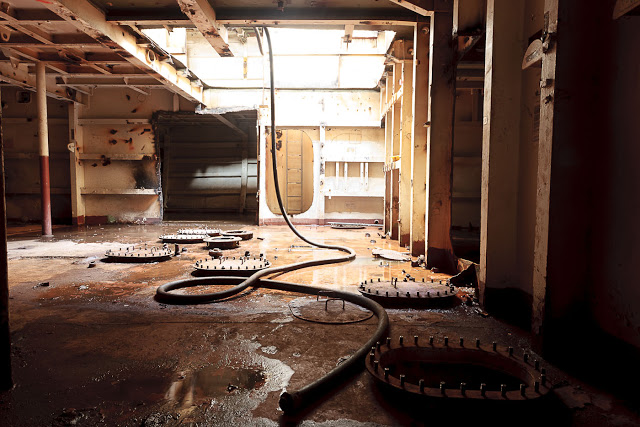 563- feet in length, the USS Arthur W. Radford has nobly served her country for over 26 years as a U.S. Navy Spruance destroyer.  Her impressive military background includes 10 deployments ranging from Venezuela, Panama, Argentina, Brazil, Senegal, Oman, Bahrain, the Azores, Nova Scotia, Italy and Turkey.  Campaigns from the Persian Gulf War, peace keeping operations off Lebanese coast, and finally retiring from her latest tour to battle in Operation Enduring Freedom makes her as decorated a hero as any Navy Admiral. 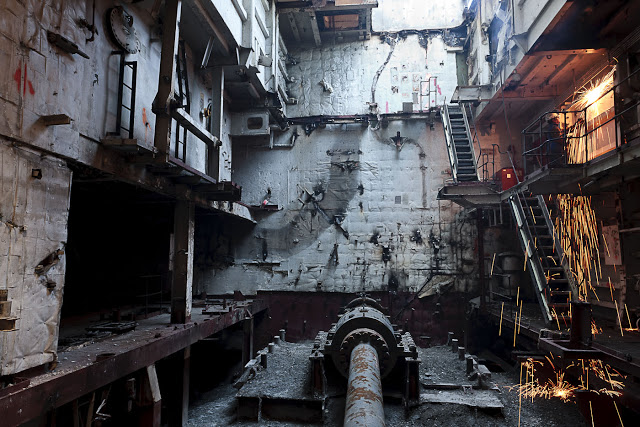 This ship, once home to 340 sailors at a single time, was given it’s last mission: to retire and become an underwater eco system to house algae, fish, anglers, and other under water life alike. Creating an underwater community not only for fish, but for divers as well. 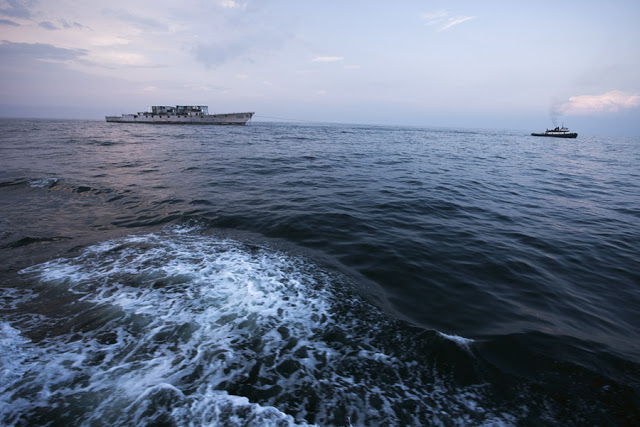 Stephen’s new series charts the final stages of this glorious vessel’s life and destructive beauty of preparing it for reefing. 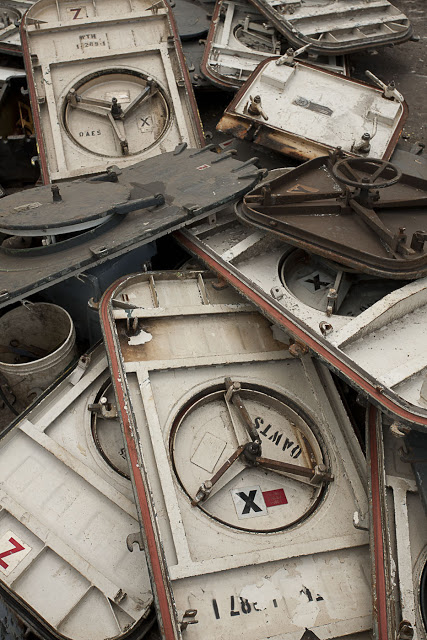 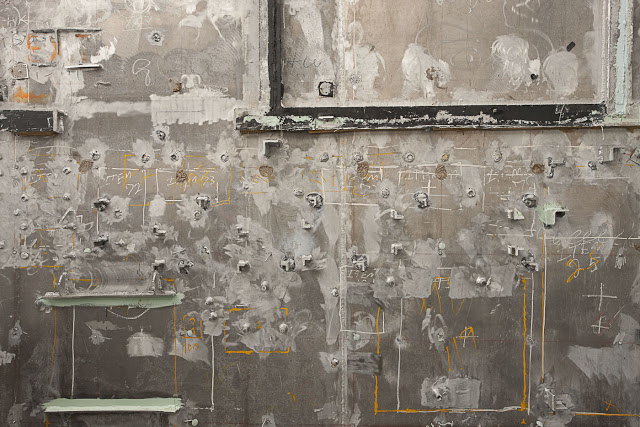 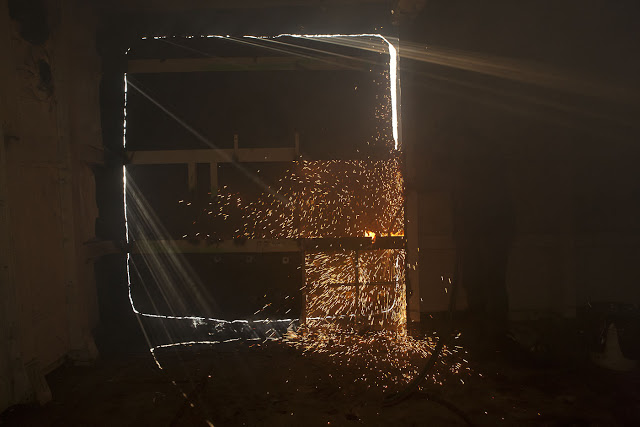 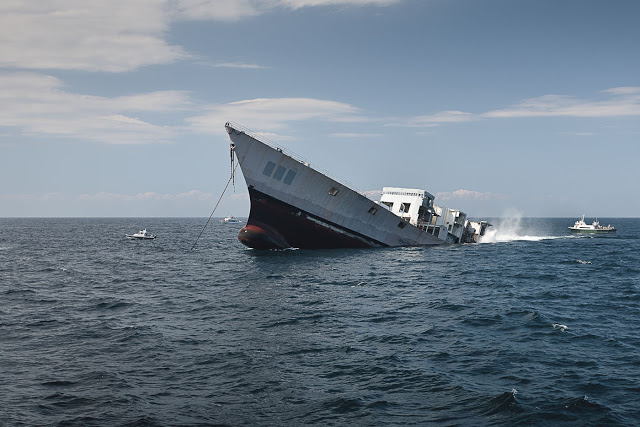 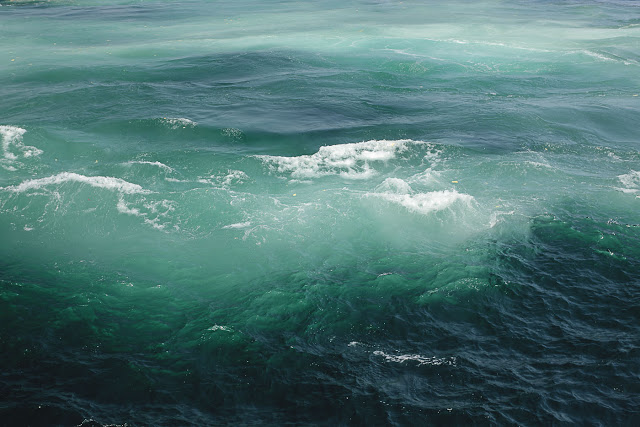