I first met Candace Gaudiani at the Fotofest reviews in Houston about six years ago.  She is a striking woman–elegant, self-possessed and smart.  Candace was sharing work from her series, Between Destinations, about her many train travels across the United States.  Since then, I have had the pleasure of seeing Candace at other photography events over the years, and traveled with her in China at the Lishui Photography Festival last fall, where she exhibited her wonderful train work.  I am thrilled to share that Candace now has a monograph of Between Destinations, published by Kehrer Verlag, which includes an extensive essay by Alison Nordström and an interview with Jane Reed and is available through photo-eye and Amazon. 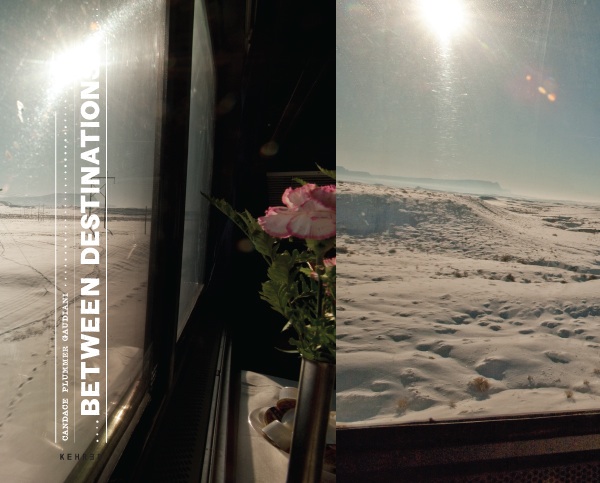 Candace is currently on a book tour and will soon be pulling into Boston on May 30th for a book signing at the Panoptican Gallery, in conjunction with a group show, Planes Trains and Automobiles which runs through July 9th.
Opening in New York City on June 22nd at Photoville, Candace will be exhibiting photographs from 4 train trips.  Viewers will be able to experience her work in a more monumental scale as the exhibition is housed in a shipping container.  She will continue her lectures and book signing into 2013 and her schedule can be found here. 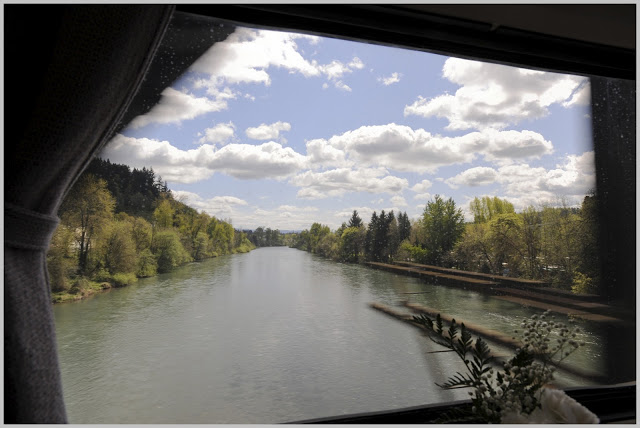 
What drew you to photography?
As a child in small town Wisconsin, I drew pictures and storyboards and spent time alone looking at the world through my bedroom windows. By the time I was in second grade, my father got me a Yashica camera to match his Rollei (he was a scientist and amateur photographer). Early on, I learned to be an observer, to look and see, living in a neighborhood without other children, and also enjoyed riding for hours on my bike through swampland and countryside. Being behind the camera was a perfect vantage point for me to see the world. 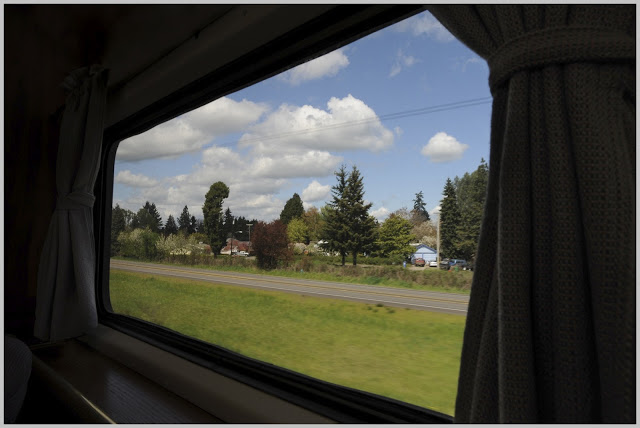 How long have you been working on this project and how many train trips have you taken?

When I took up photography seriously again seventeen years ago – to see what I could do with it before the lights went out, I told other people’s stories as they told and showed them to me. My first two series explored the secretive world of body builders and then the intimate conversations of ordinary people. Seven years ago, I was drawn to tell my own story directly. My familiar ground involved journey and travel, as I had been through all forty eight states by the time I was twelve years old, with my family mostly by car, but some by train. I had traveled extensively as an adult, too. To see those familiar memories with new eyes, I started retracing the routes I had been on much earlier, in an America from the 1950’s. My journey evolved, as I initially explored photographing from cars (running off the road several times, negotiating the steering wheel and the camera) and from planes. None of that produced what I hoped for. So, I boarded trains and, over the course of those seven years, discovered new ways of seeing and produced four distinct series. In that evolution, I reinterpreted pictures through train windows in black and white and in color, in sizes ranging from intimate cards to larger than life windows on the world. In each case, the nature of the object impacts how the viewer sees and interacts to the story. In most cases, I do not include place names or text, as I want the viewer to populate the pictures with his or her own story and memories and to accompany me on a new journey. And I realize that as I change my art, my art changes me.
I have been on over 20 extensive or cross country train trips and many car and plane trips. 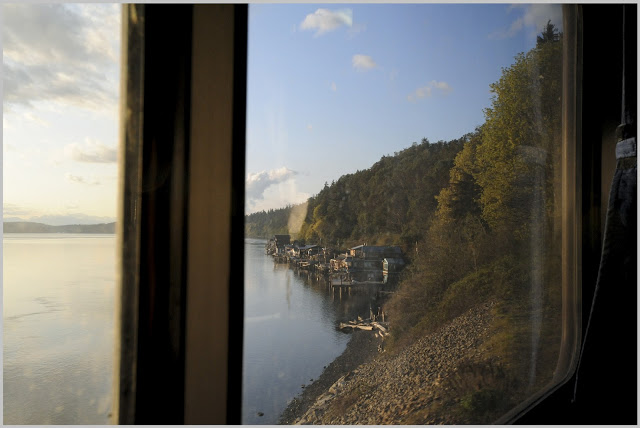 While you are a passenger, are you continually engaged in what’s out the window, or do you shoot selectively?

When I began, I photographed what caught my eye, out the passenger window, up track and down track, rather passively. On my recent rips, I work very hard, covering two stories of the train, shooting out different windows from varying vantage points, packing a 25 pound backpack and working two cameras. I always work alone, as I want to focus on what I am seeing out the exit door/dining car/observation car/passenger seat/hallway windows. It is intense and exciting – what discoveries lie around the bend? Before trips in recent years, I preplan, with an eye to filling in what might be missing from my series to date and to capturing new vistas. For instance, I look at the map of the rail route and compare it to timetable and geography. At what time will I be at point X? Will the sun be to my west or east? Will that glare prevent me from shooting out an east window? What side of the train will the train’s shadow be on? What will the weather be? – if it is sunny, the mood will be one way, if rainy, another. And so on. 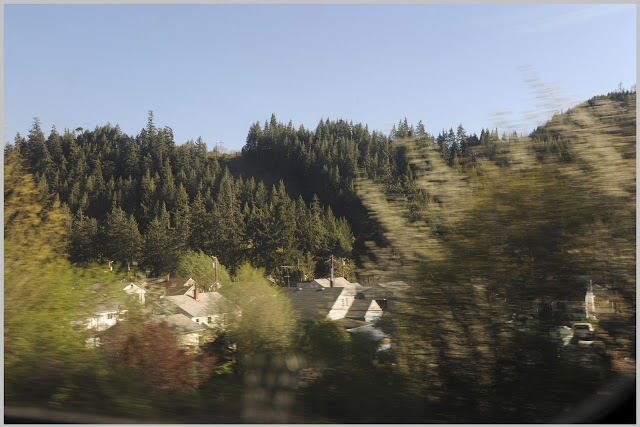 What has been your favorite train trip?
I think my favorite train trips are my very first one and the most recent one! Each one has covered many states and presented its own discoveries. I will say there is something special about waking up in the middle of the night in the desert and seeing more stars than I ever could have imagined and going back to sleep with the rocking of the train slipping quietly through the night. 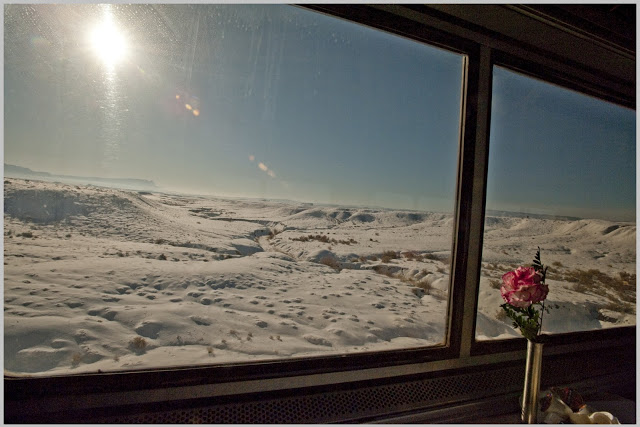 After completing this project, would you still consider train travel?

Always! I like the concept of being free on the train, yet yielding up to where it is going. A train is always between destinations, and so are we all in life. 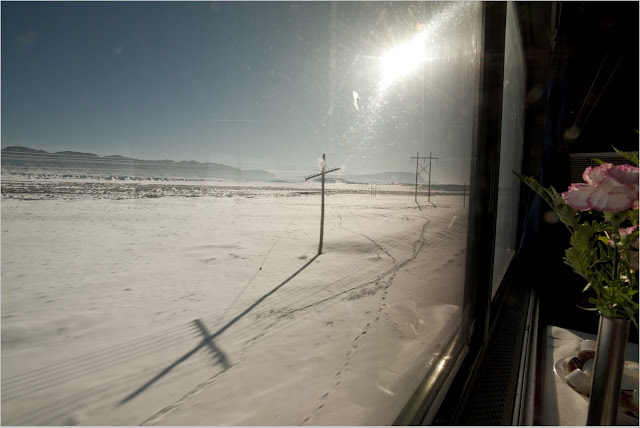 Tell us how the book came about?

About six years into this project, I met at several photography portfolio reviews the acquisition manager of Kehrer Verlag, a highly respected small art publishing house in Germany. As my work progressed and the four series developed, Kehrer expressed an interest in publishing all of my train pictures, both black and white and color. That happened in April, 2011. I thought I had one to two years to complete the book, but the acquisitions manager emailed me three weeks later and asked “How about publishing in January 2012? And, by the way, we need specifications, a title, and cover art in three weeks for our catalogue”. Of course, I said Of Course! Those three weeks were among my most intense creative efforts. The whole experience with Kehrer was positive. I went to Germanyto be pre press and on press, with guide prints for every image in the book – all of which were crucial to the outcome for the book. And it is beautiful, even better than I hoped. 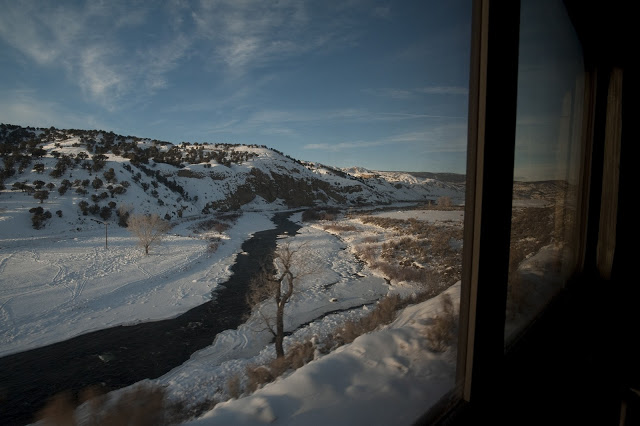 What can you share with emerging photographers about getting their work out into the world?


Always make time to do work. Be clear and present and see clearly and well when you work. Build from what you are familiar with but see it with new eyes. Always follow what you are drawn to – you will have something of yourself in whatever photo you make, and it will be stronger. Every portrait or photograph is a self-portrait. Move beyond sharing with family and friends to put your work in front of industry experts through portfolio reviews and local colleagues. Mess around. Always do something that scares you. Just when you think you cannot continue a particular photo shoot, hang in there, because that is when the best photos are made. Talk with industry consultants when you feel you are ready for a next step but don’t know how to get there. 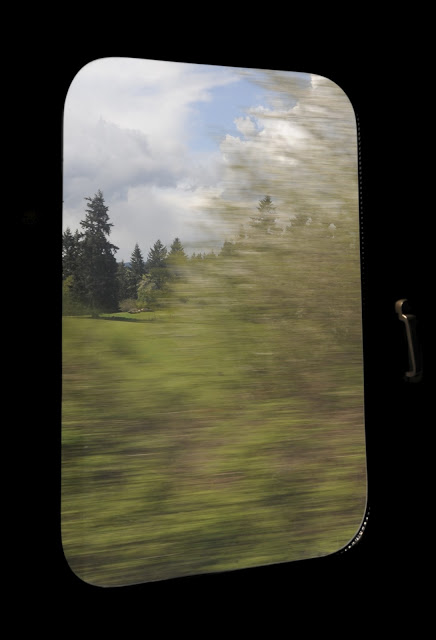 What event took your work to the next level?
I think there were different events at different stages and different people. In my book, my Acknowledgments section honors many who made a difference to me over time. But what in general took my work to the next level? Seeing with new eyes, setting aside my accustomed ways of looking at things, and getting advice from wise colleagues and friends. 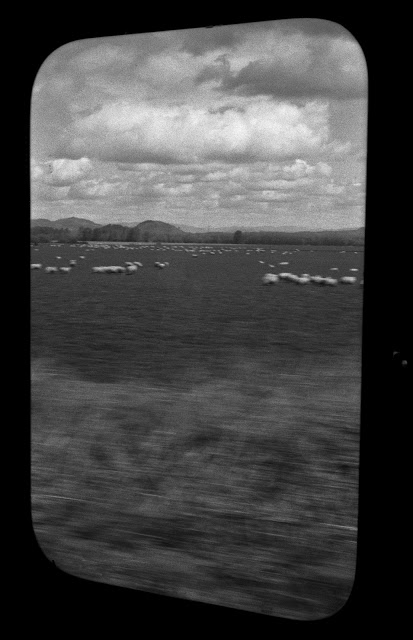 Well, it’s too early to talk about it, but it might include circling back and supplementing my earlier series on body builders, titled “Do I Measure Up?…” I remain passionate about storytelling and photography and issues of impermanence, intimacy, place, and memory. 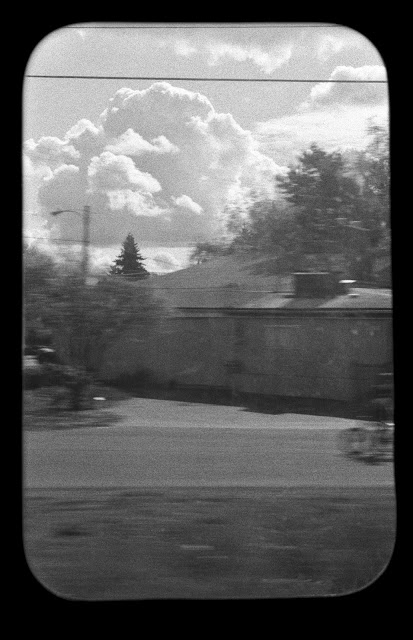 After checking email, I would take a walk with my dog in the Californiahills, come back and quietly look at and edit new work. I would plan an upcoming trip. Mostly alone, but a connection with friends, too. 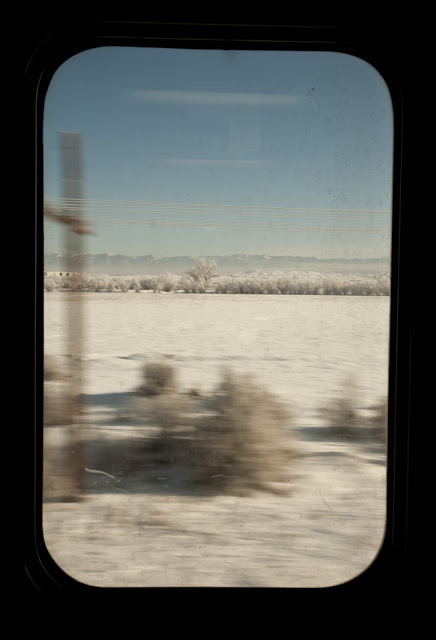 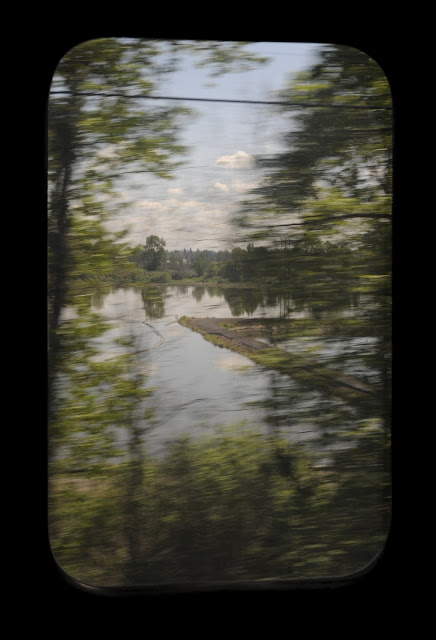 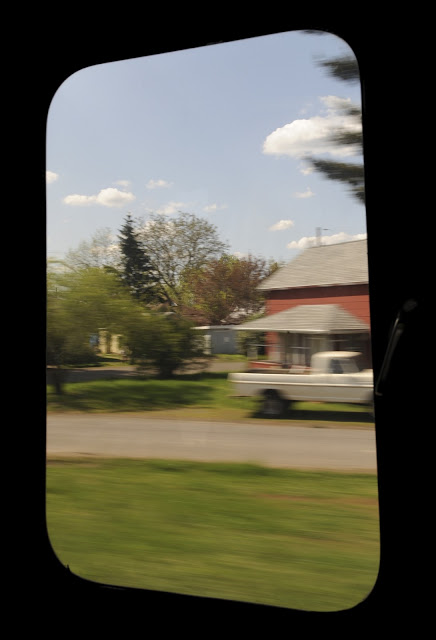 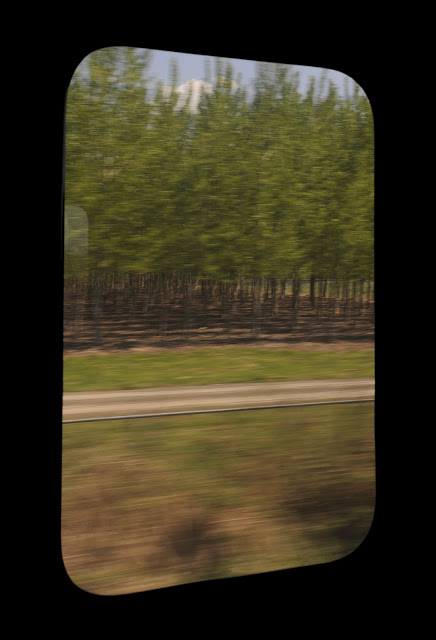 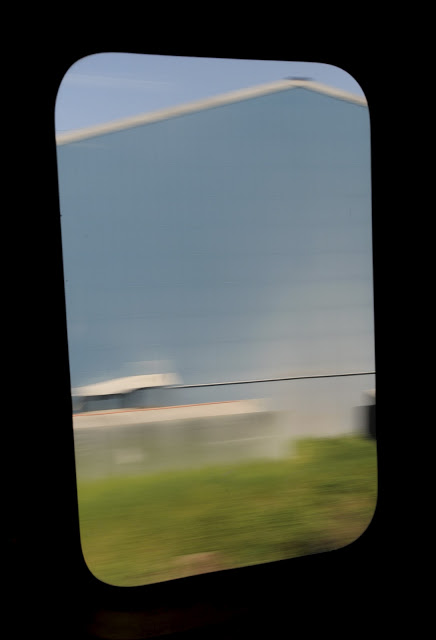 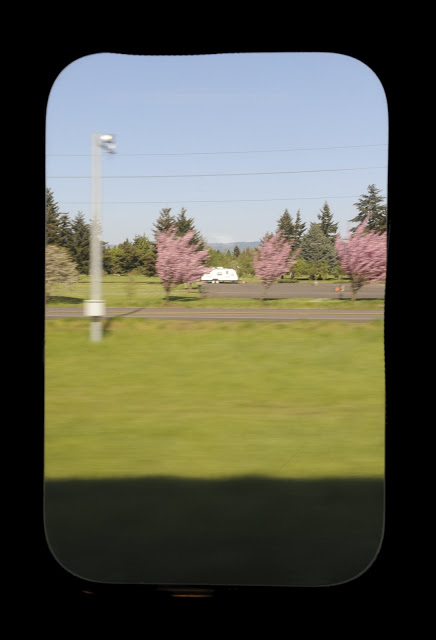 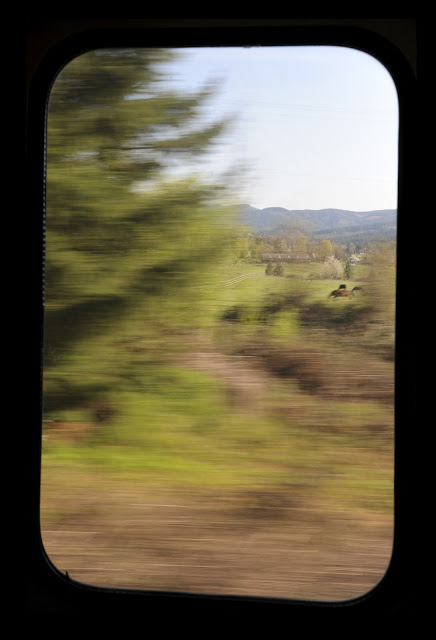 NEXT | Open to Interpretation >
< Stephen Mallon: Brace for Impact: The Salvage of Flight 1549 | PREV