I once had my aura read and having my energy analyzed was an insightful experience. The color of those energies is what Carlo Van de Roer looks at when making his unique and engaging aura portraits. Carlo is producing a book of these intriguing portraits and has created a Kickstarter campaign to bring attention and monies to the project. The portrait of Miranda July, below, is one of my favorites. 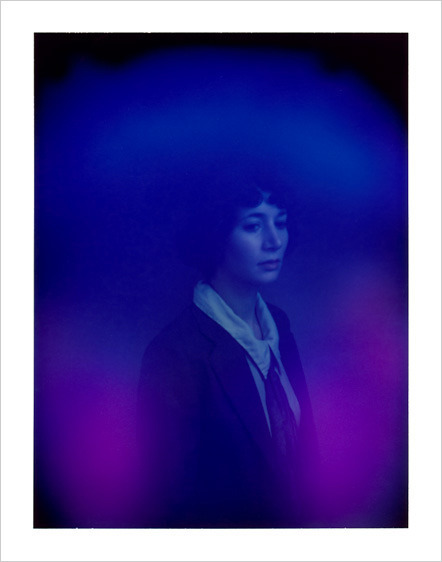 Miranda July
Carlo was born in Wellington, New Zealand. He received a BFA from Victoria University before working and exhibiting internationally in the United States, New Zealand, the United Kingdom and France. Carlo has received the ADC Young Guns Award, the APA Silver to Pixels Award for Fine Art and the PDN Pix Award. He was named a Top 50 Photographer by Photolucida and received the Honorable Mention for the BMW Paris Photo Prize in 2010. His work has been featured in the New York Times, The New Yorker, INTERVIEW magazine, Vogue Italia, Wired Magazine and NPR. Work from The Portrait Machine Project has been exhibited at M+B Gallery in LA, Suite Gallery in NZ, Festival d’Hyères and Carrousel du Louvre in France.
His Kickstarter campaign is featured in the video below. Consider helping him reach his goals by contributing here.
The Portrait Machine Project Book is a collection of polaroid aura portraits of subjects ranging from my grandmother to Miranda July, Terence Koh and James Frey. The 9.75 x12 inch, 96 page, full color, hardcover book also includes the camera generated diagrams/descriptions that accompany each polaroid. 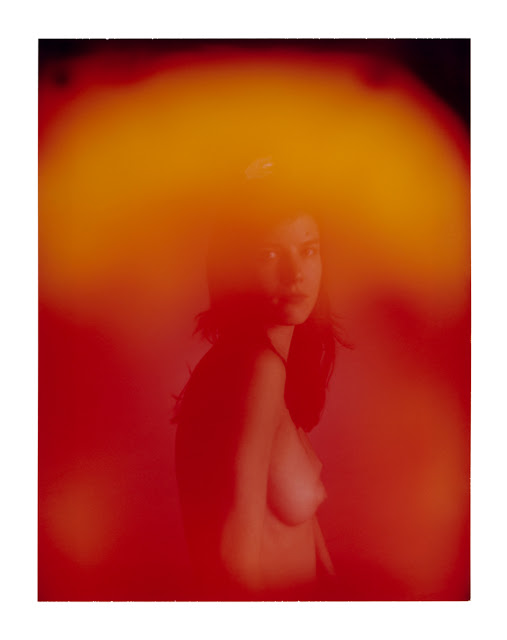 This project started when I was making polaroid portraits here in NY. I was interested in the idea that a camera could offer an insight into the subject’s character or my relationship with them, especially if its a portrait of someone you know. The relationship between the camera, photographer, subject and viewer was something I wanted to explore. 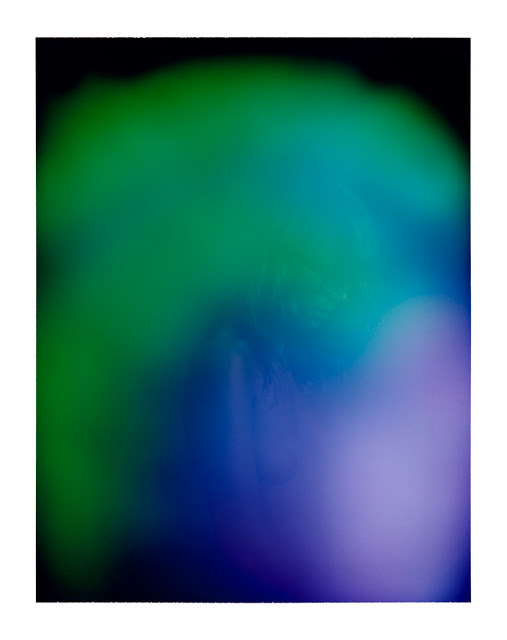 I started using the polaroid aura camera because of what it promised to do, it was invented in an attempt to record what a psychic might see. This seemed like a familiar idea to me — that a camera could provide an otherwise unseen insight. 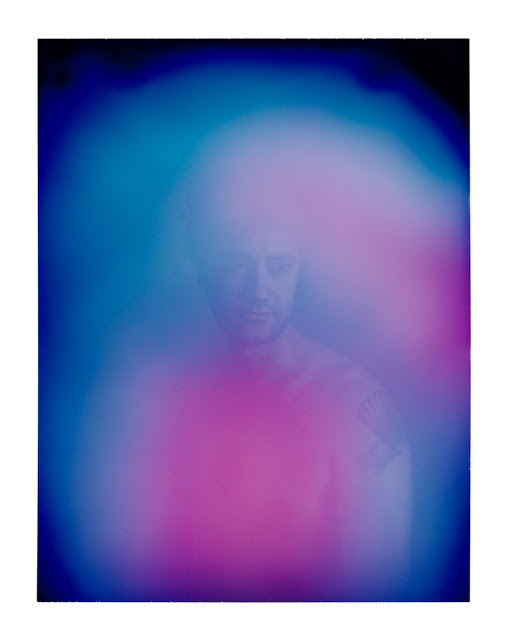 The tension, or harmony, between the portraits and the people I was photographing was something I wanted to make accessible to you as the viewer, so I started including people that might be familiar. 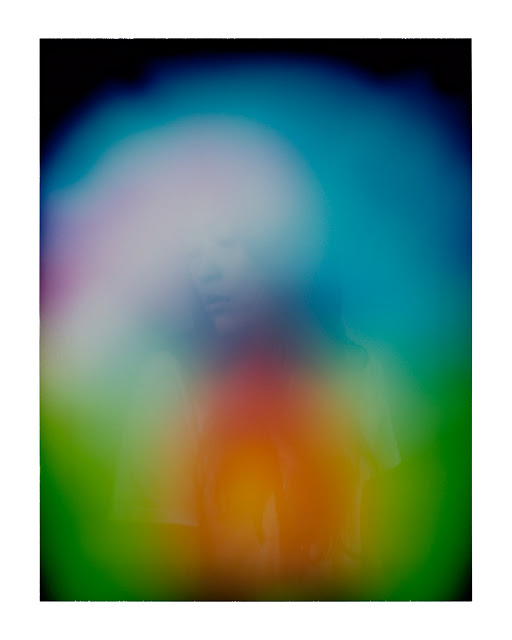 The camera is built around an instant land camera, it gets attached directly to the subject by sensors which read biofeedback, that’s converted into information about the them and is depicted as color in the polaroid. The camera also generates a printed diagram and description which includes information about their character and how they are seen by others. 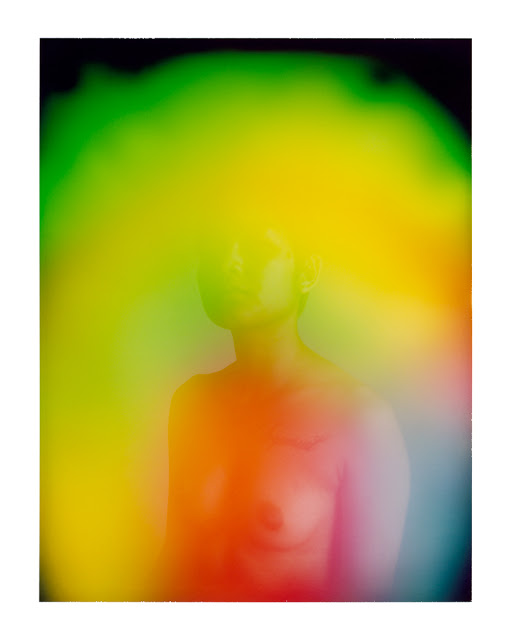 Example of how the camera generate the color seen in the image above. 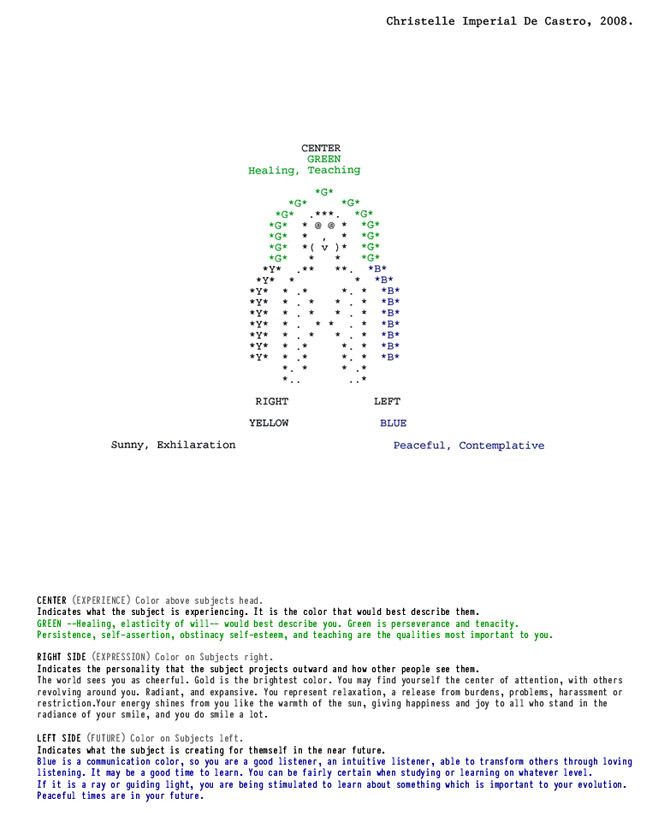 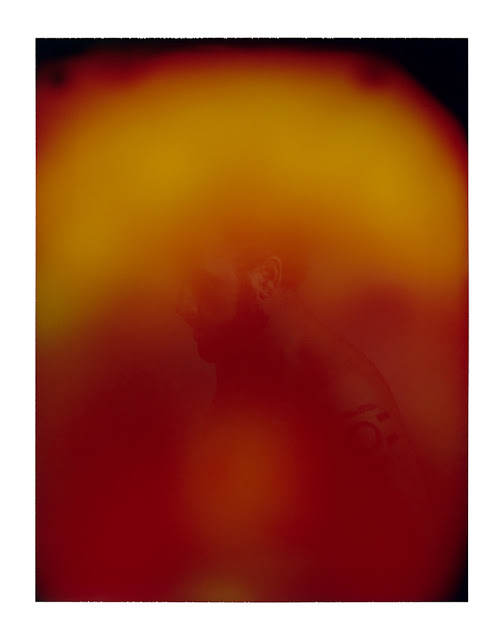 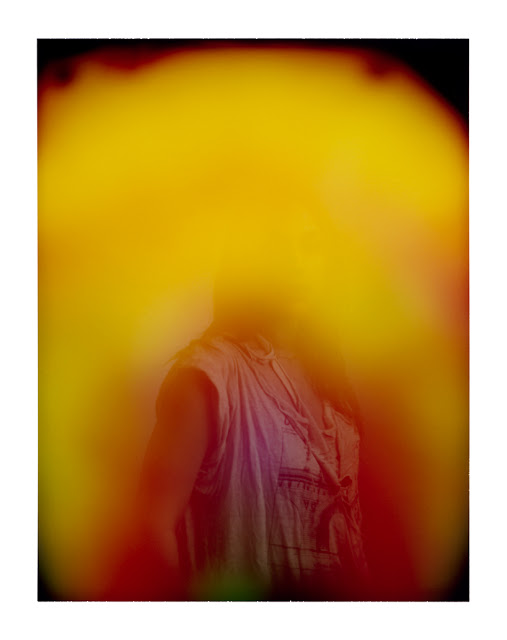 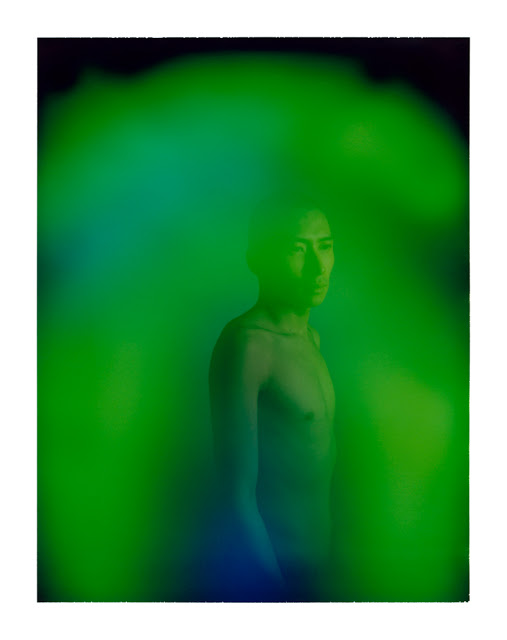 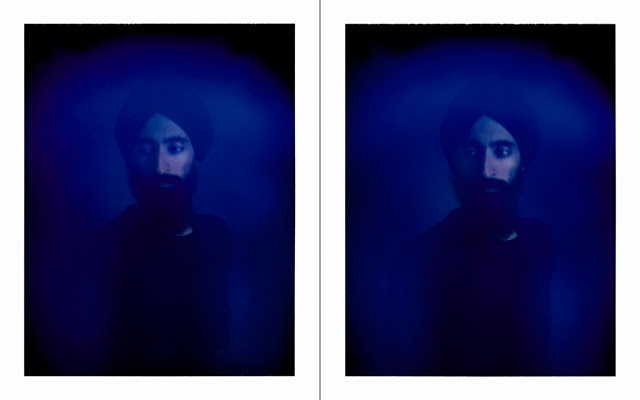 NEXT | Justin Kaneps: In Our Veins >
< David Bram and The Bram TEN | PREV