Alejandro Cartagena‘s name may sound familiar as his work has been well recognized over the past several years. He lives and works in Monterrey, Mexico and Alejandro’s photographic focus has been examining the social, urban, and environmental landscape of a contemporary Mexico.  His work has been exhibited internationally and is in the collections of several museums including the SFMoMA, MoCP, and the Portland Museum of Art. Cartagena has received the Photolucida Critical Mass Book Award, the Lente Latino Award, and the Premio IILA-FotoGrafia 2012 Award in Rome. He was named a FOAM TALENT in 2012 and a PDN 30 in 2010. His work has been published in Newsweek, Nowness, Domus, the Financial Times, Le Monde, Stern, The New Yorker, and Wallpaper among others.
His new work, Car Poolers, examines the phenomenon of transportation of workers in Mexico.

CAR POOLERS: These images are a rare view into how Car Pooling is practiced by workers in Mexico, their working condition and suburban sprawls consequences upon these workers everyday life. Even though the workers are not conscious of the ecological impact they may have by traveling this way, they are a silent contributor to the preservation of our city and planet. 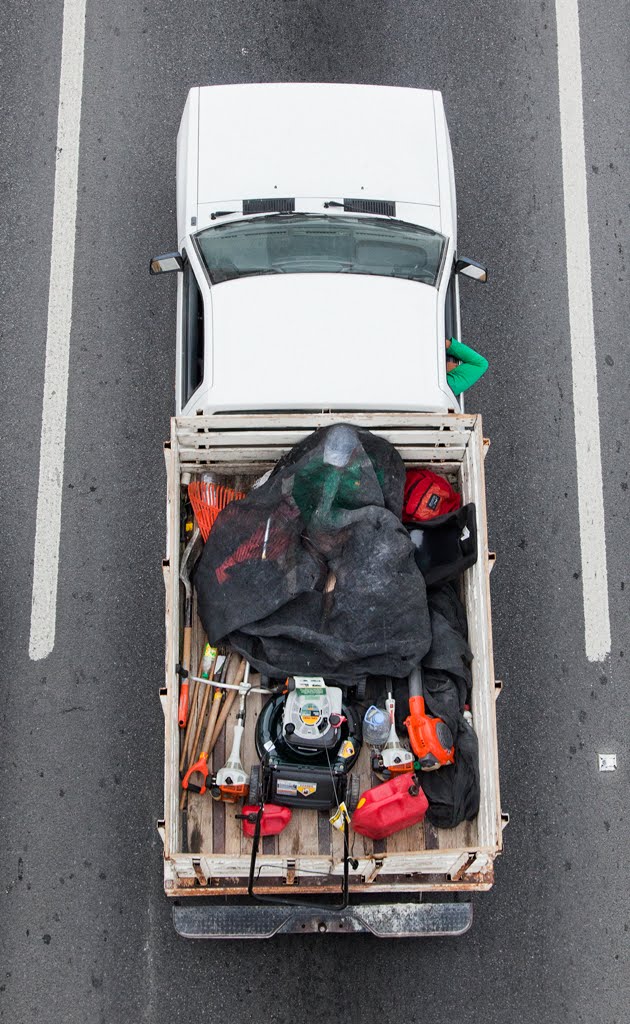 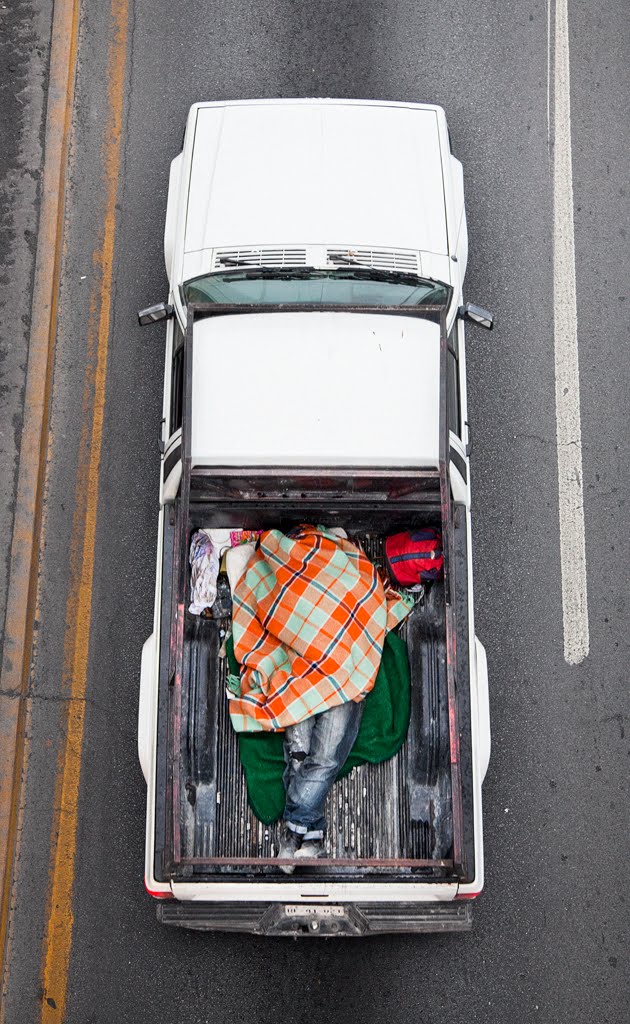 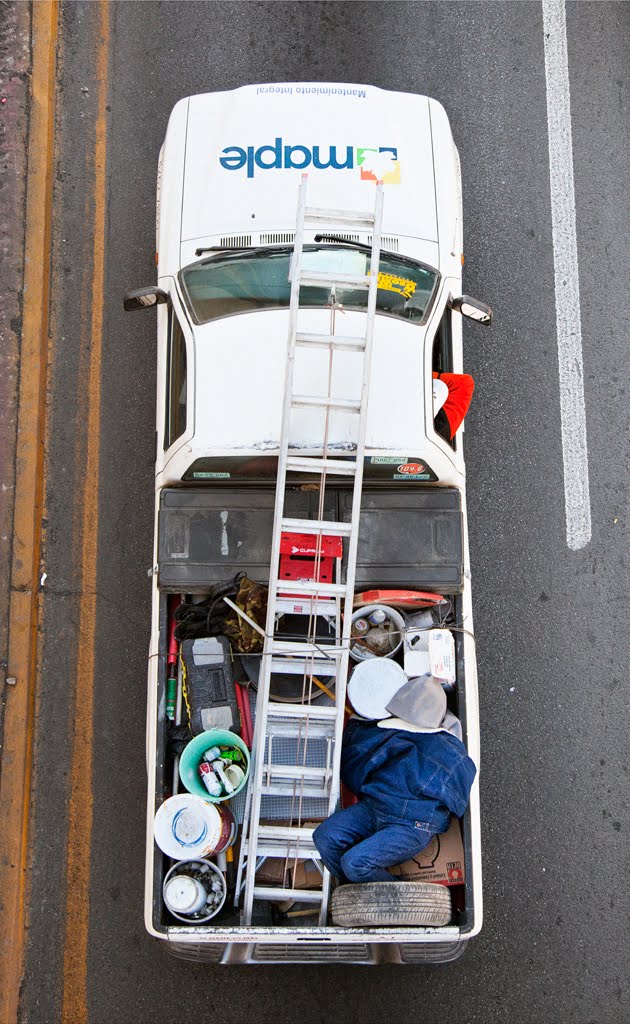 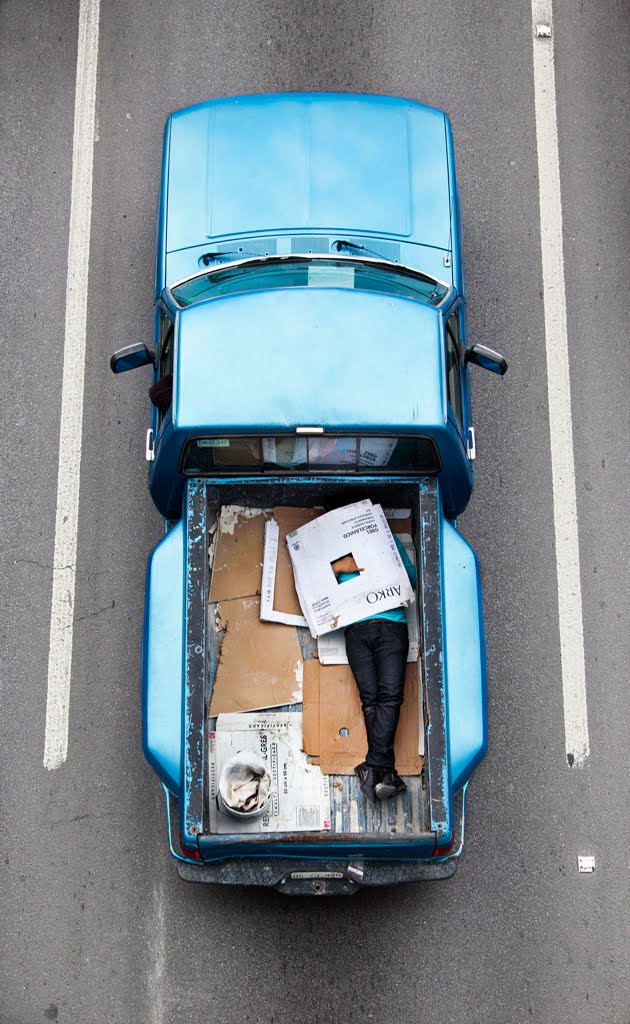 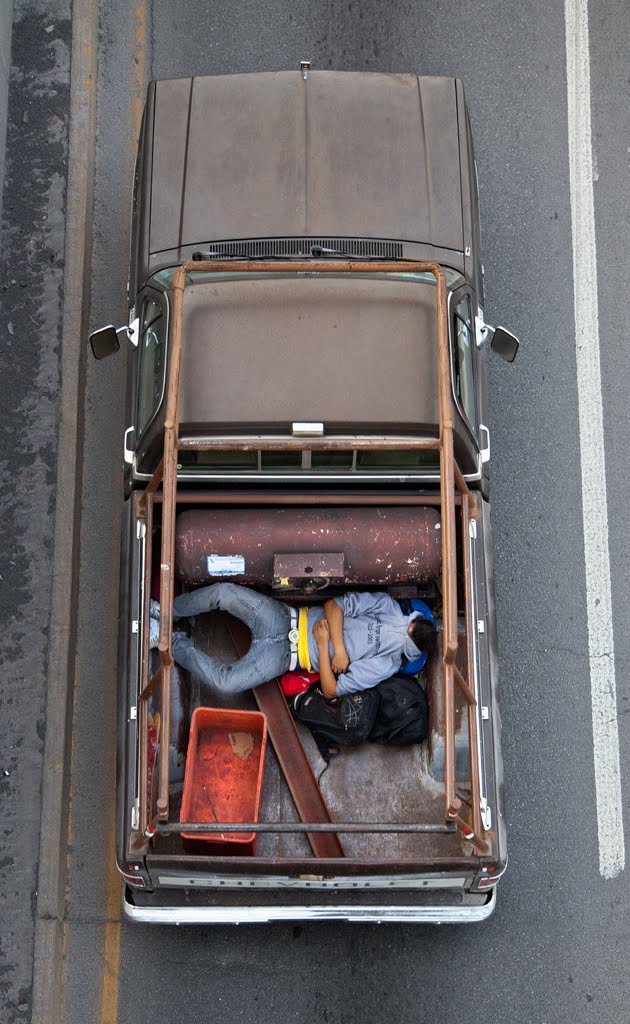 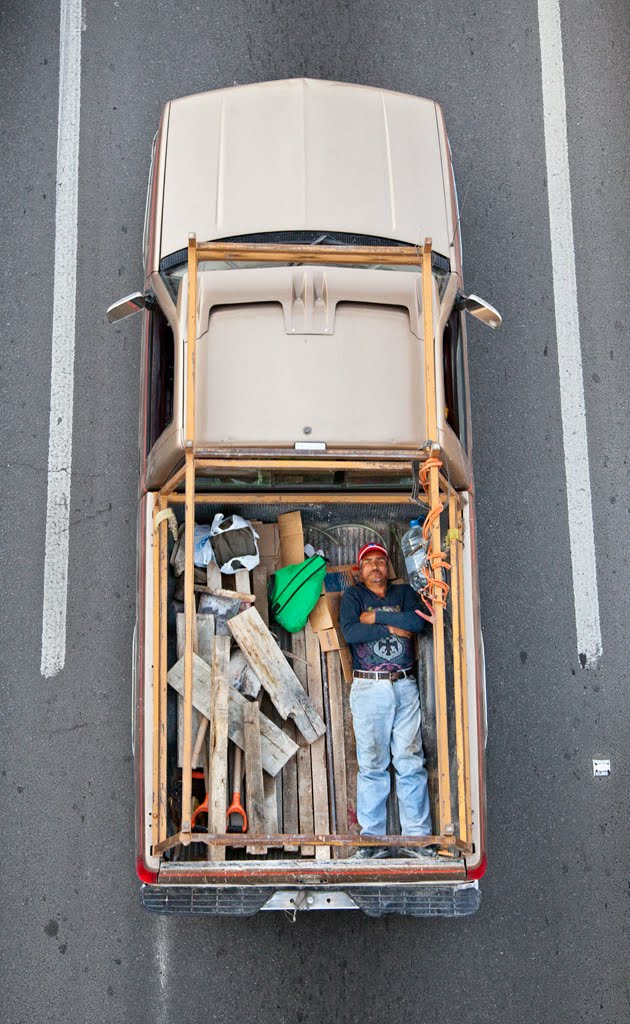 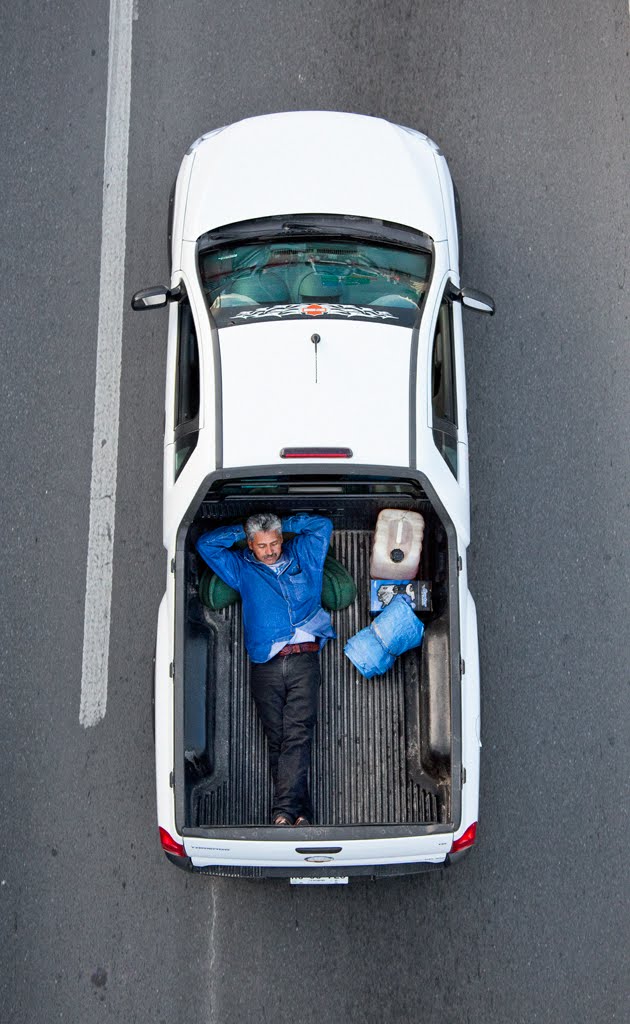 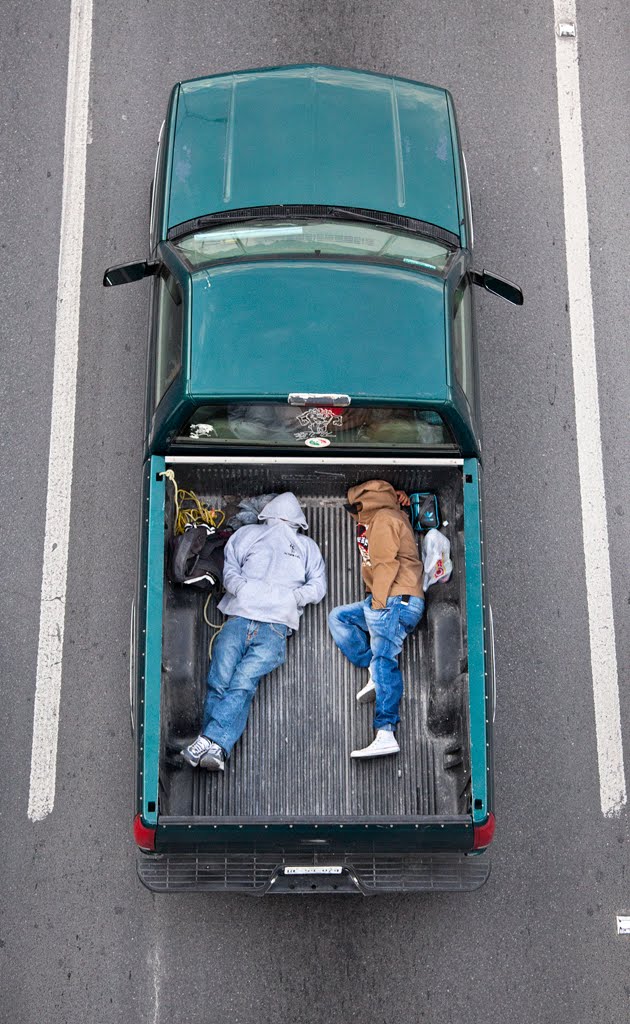 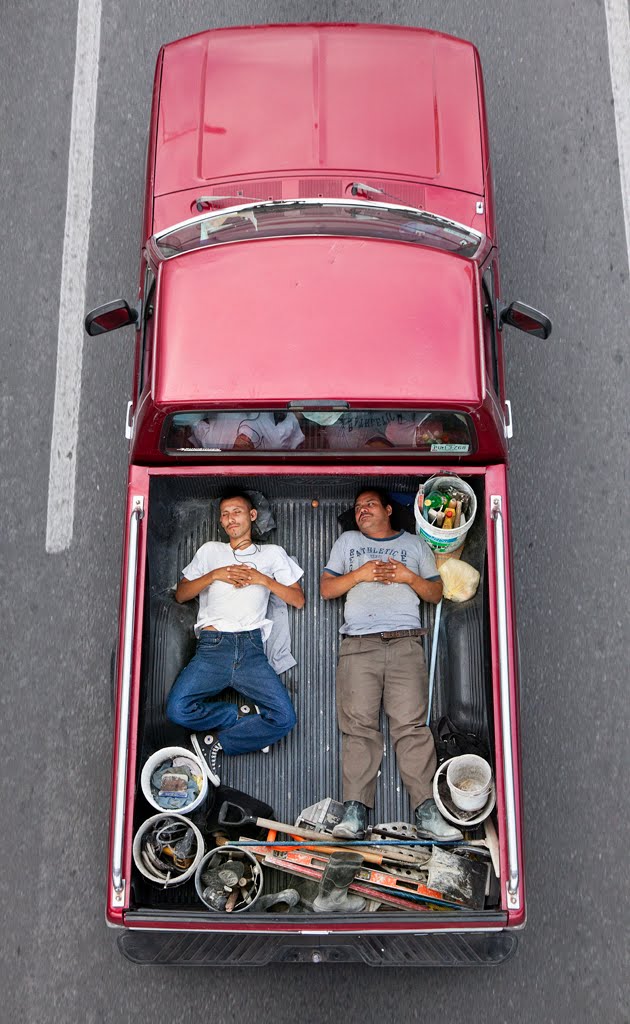 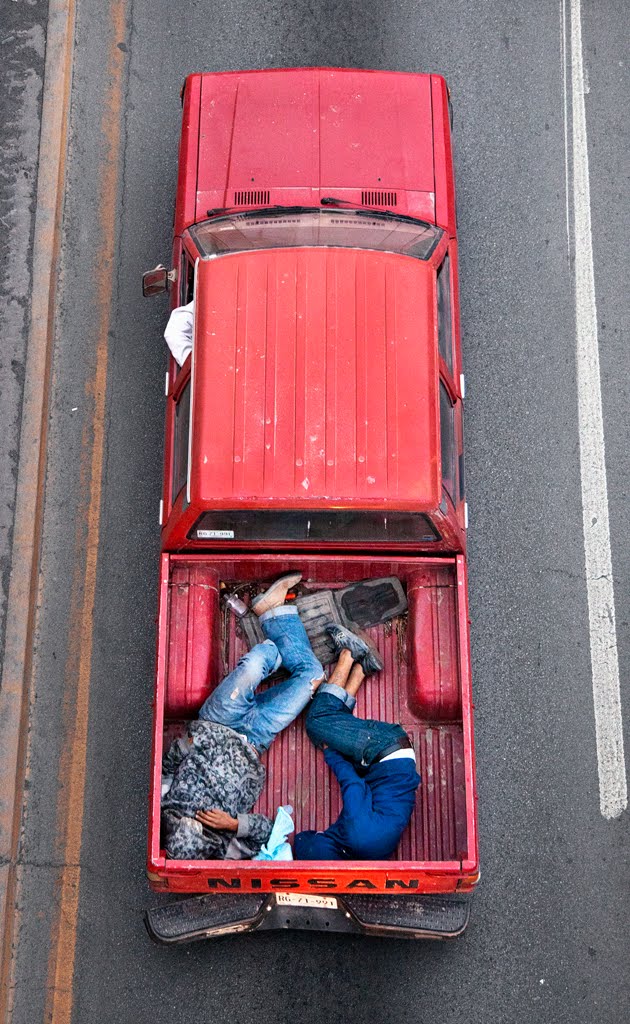 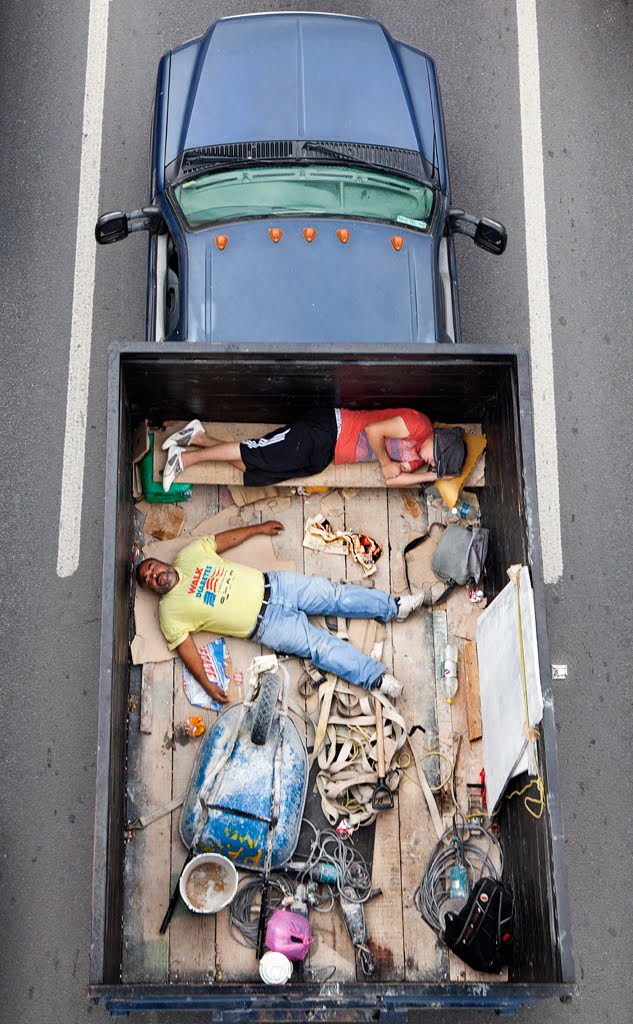 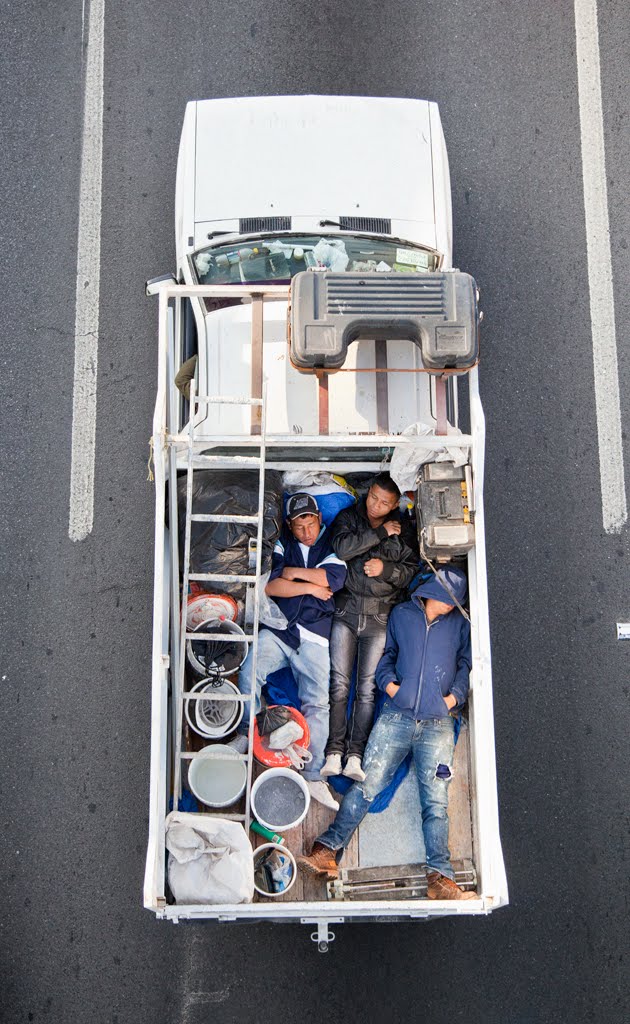 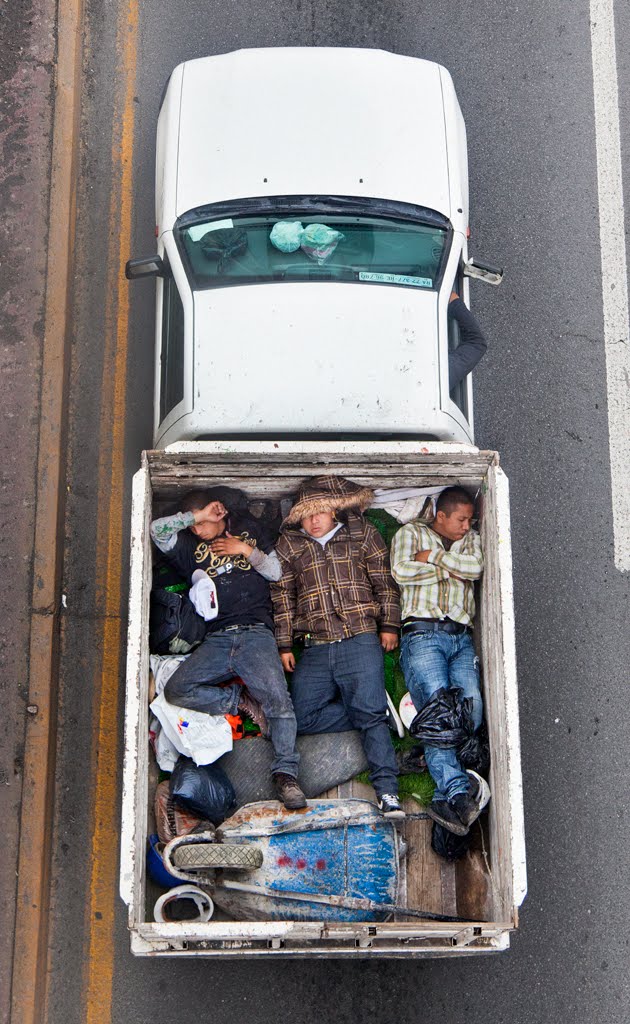 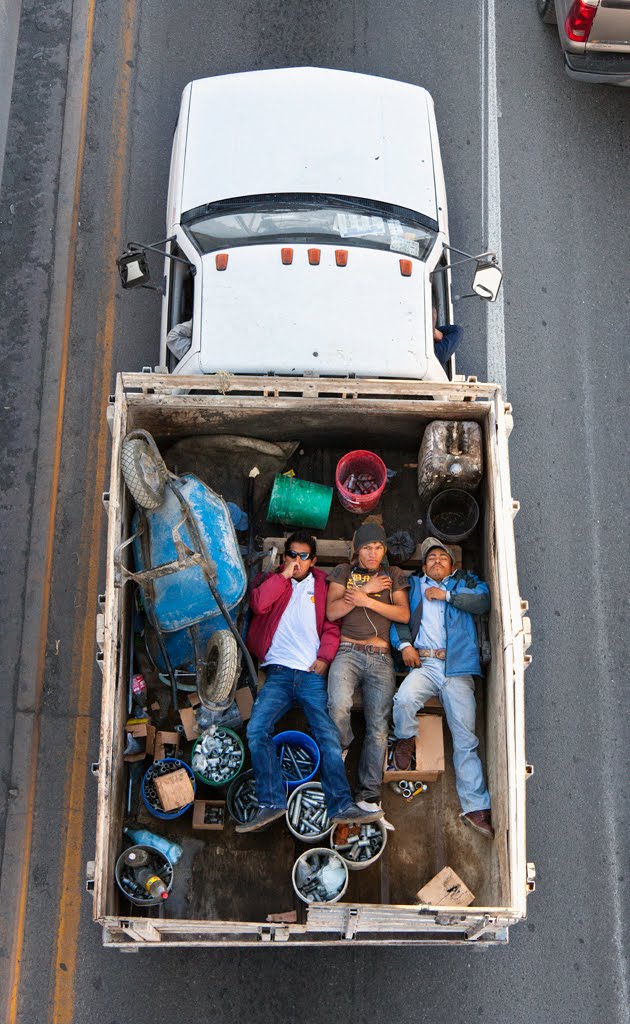 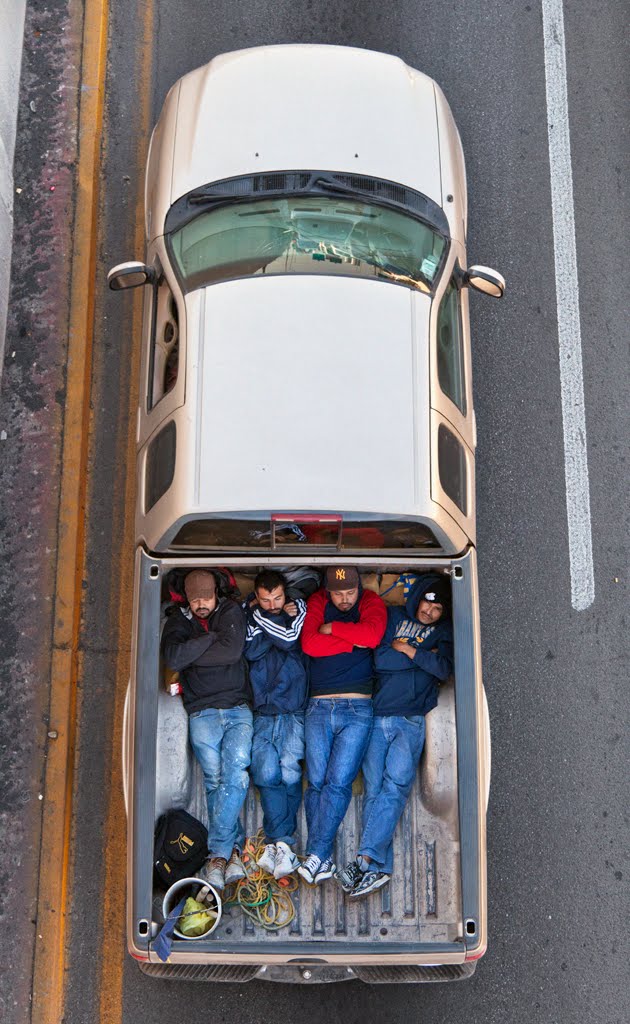