This week I am sharing more work seen at PhotoNOLA….

Unfortunately I didn’t get to review with Meg Griffiths at the PhotoNOLA portfolio reviews.  I spotted her work in a corner of the portfolio walk, tucked away, maybe even spread out on top of a piano (or not), but I immediately was drawn to her work.  Her brilliantly photographed and printed images of Cuba, and her accompanying book, were like sirens to my sensibilities.  Each image as rich as the next, each showing Cuba in a new light–one of color and beauty and a not often seen freshness. 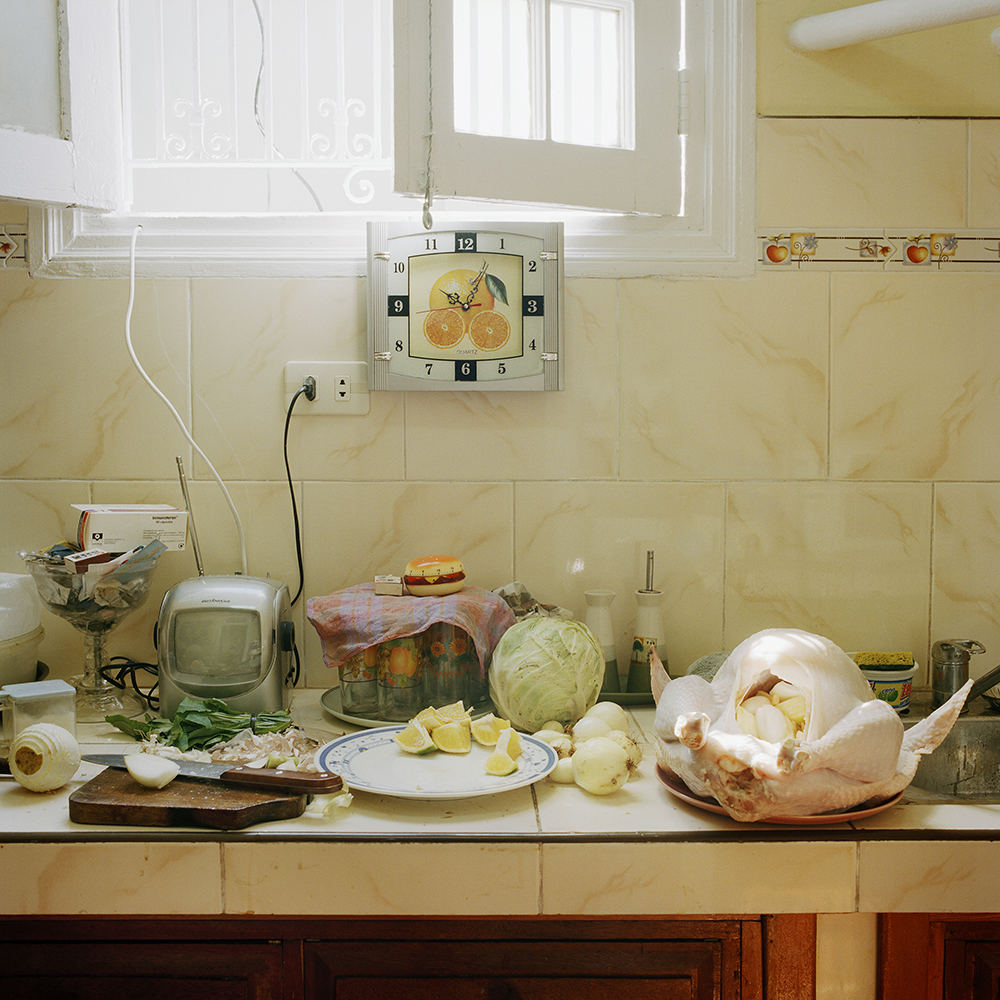 Meg was born in Bloomington, Indiana and raised in Houston, Texas. She received two B.A.’s at the University of Texas in Cultural Anthropology and English Literature and earned her Master of Fine Arts from Savannah College of Art and Design. She currently lives in Columbia, South Carolina where she is an adjunct professor of photography in the McMaster College of Art at the University of South Carolina.

Her work has been shown in multiple venues around the United States including: the Carte Blanche Gallery and the Rayko Gallery in San Francisco, Houston Center for Photography, and the Ogelthorpe Gallery in Savannah, GA. She has also been published in Le Journal de la Photographie, Fraction Magazine, and Silver and Ink. Her work has been added to several private collections and is part of the permanent collection at the Museum of Fine Arts, Houston.

She was recently granted the Serenbe Gallery Solo Exhibition Award for her portfolio at Atlanta Celebrates Photography, scheduled for May of 2013, as well as nominated for PDN 30’s 2013: New and Emerging Photographers.

Casa Particular
After the collapse of the communist bloc in 1989 and the subsequent evaporation of economic support from the Soviet Union, the people of Cuba had to develop creative, alternative sources of income to support their families. Many citizens opened their homes to tourists to supplement their state-regulated source of income. Thus, the casa particular, literally, “private house,” was born. The photographs in this series represent a modest cross-section of Cuban casas particulares in the central to western region and attend to a way of life where the previously private home becomes a business. 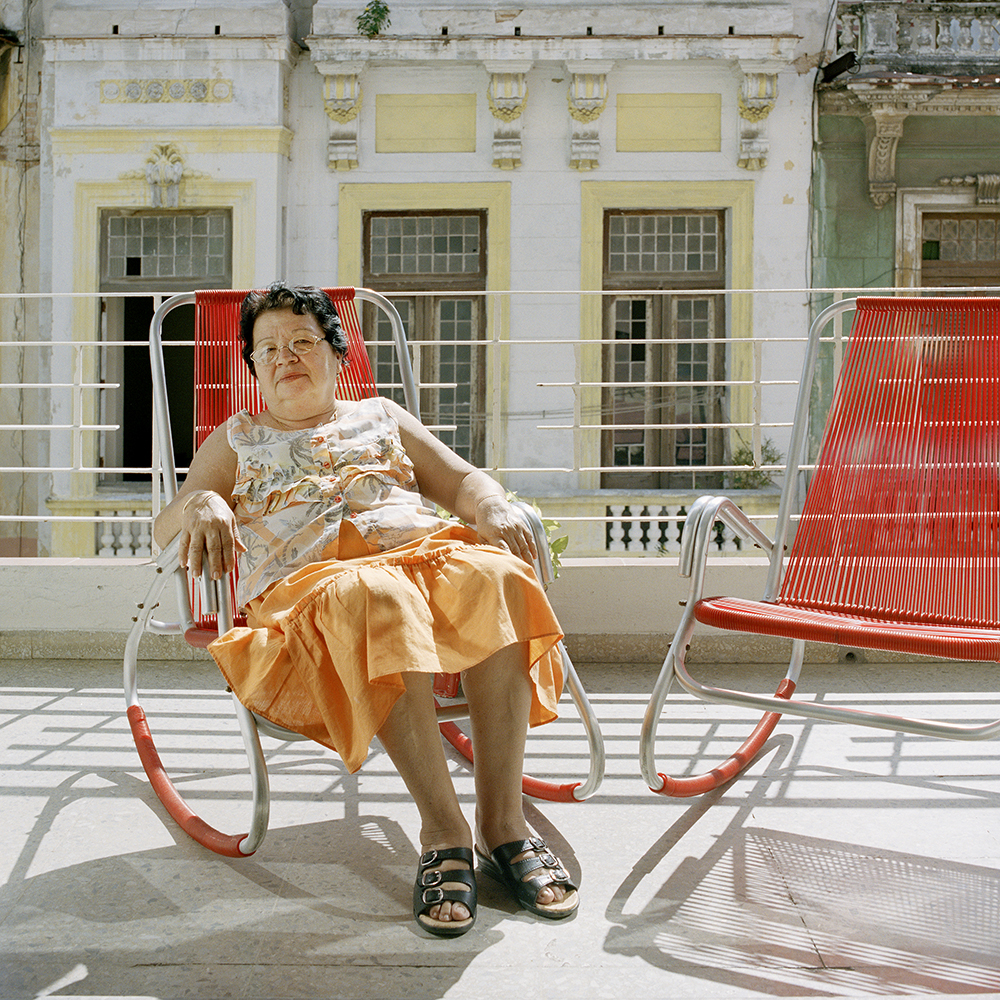 These images serve as visual translations of my experience of these households. They are a tribute to these individuals’ tenacity and willingness to improve the quality of their lives through the sharing of private, even sacred, spaces where their personal possessions are always on display. Simultaneously, the body of work acknowledges an undercurrent of formality; each family must play the role of eternal host. 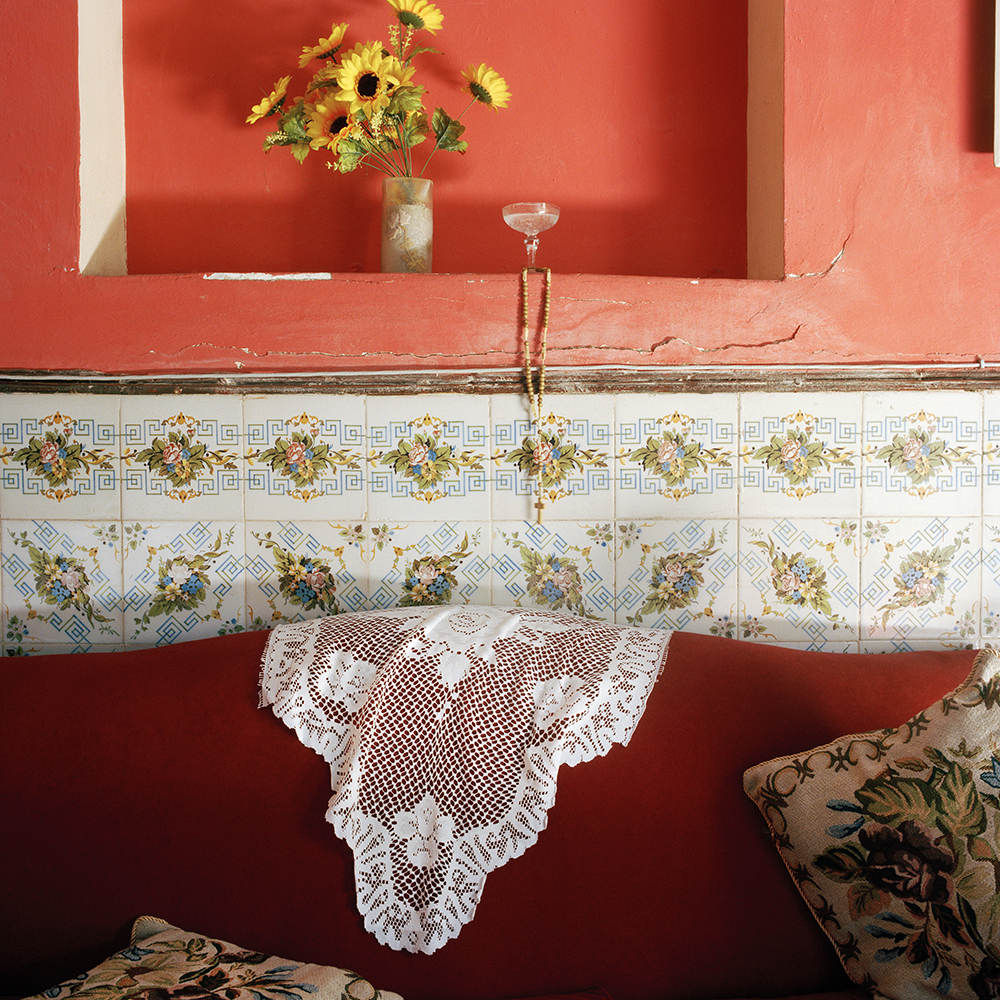 Nevertheless, there is an inherent sense of familiarity as evidenced by small details such as a bowl of plastic fruit or the ingredients associated with the preparation of a home cooked meal. Domestic decorations represent keepsakes from generations past and new objects function as symbols of status. The images are an attempt to capture cross-cultural differences and similarities and to mark a shift from “pure” communism to a nascent, hybrid economy. 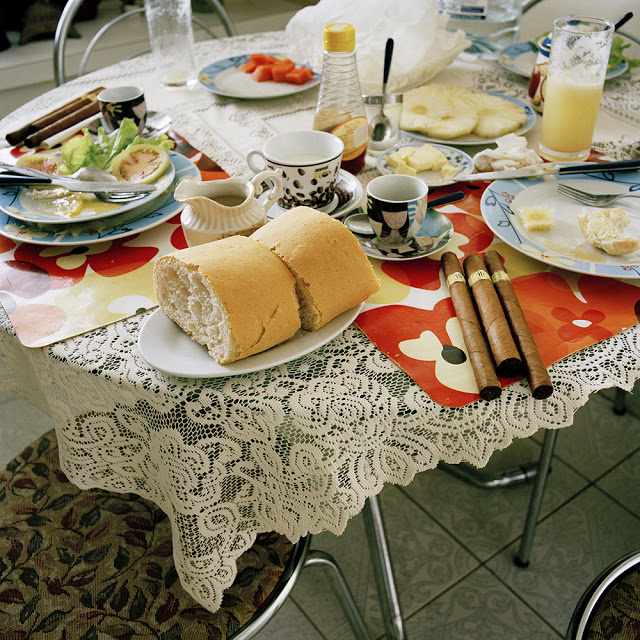 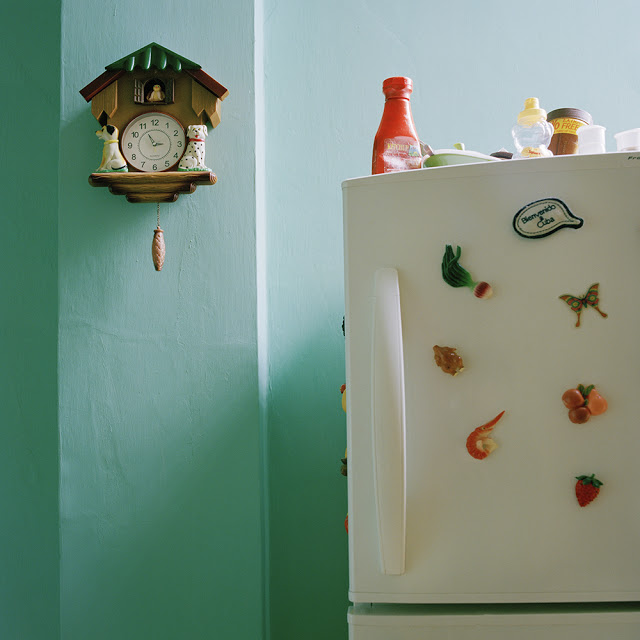 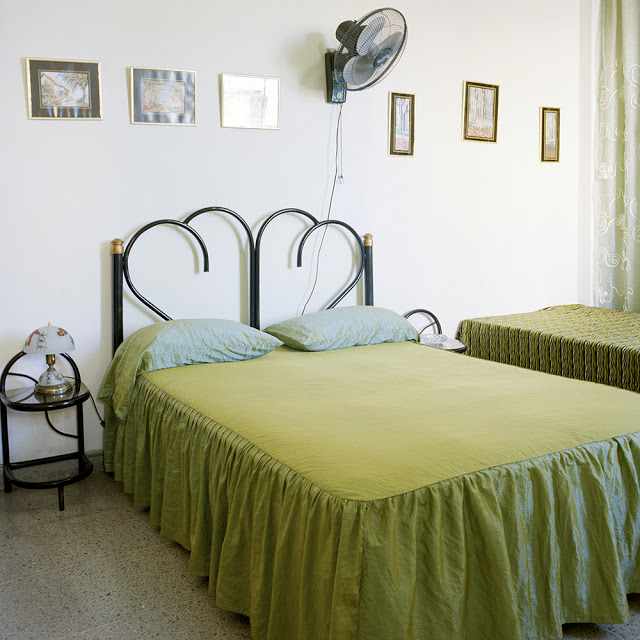 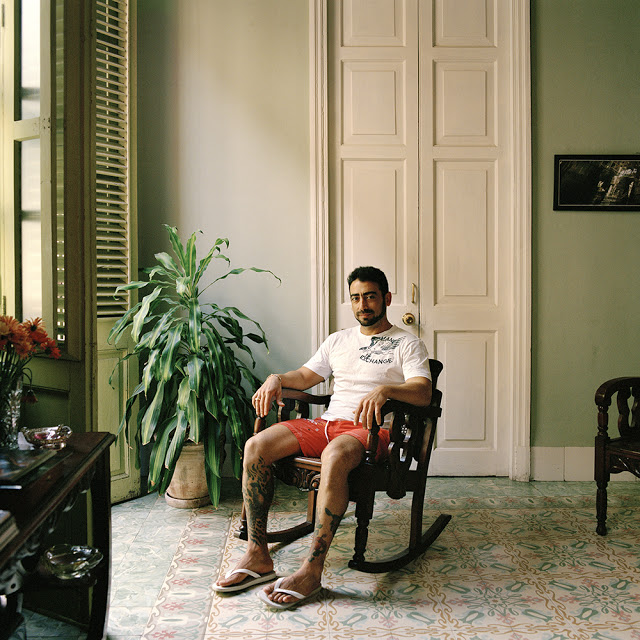 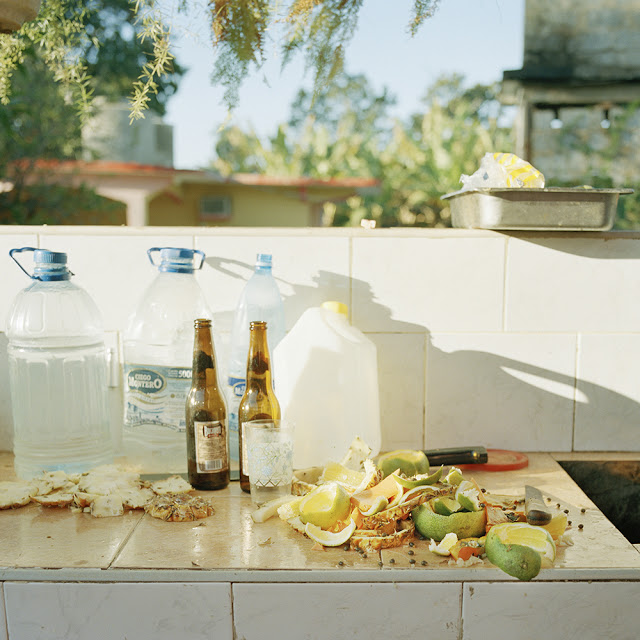 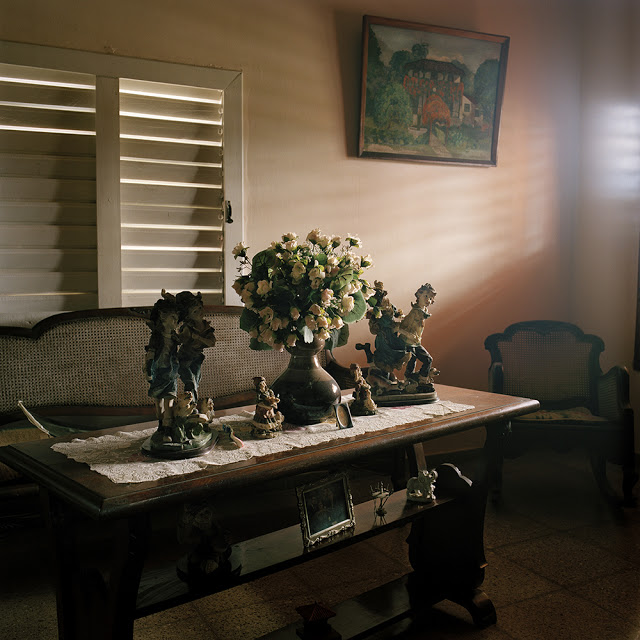 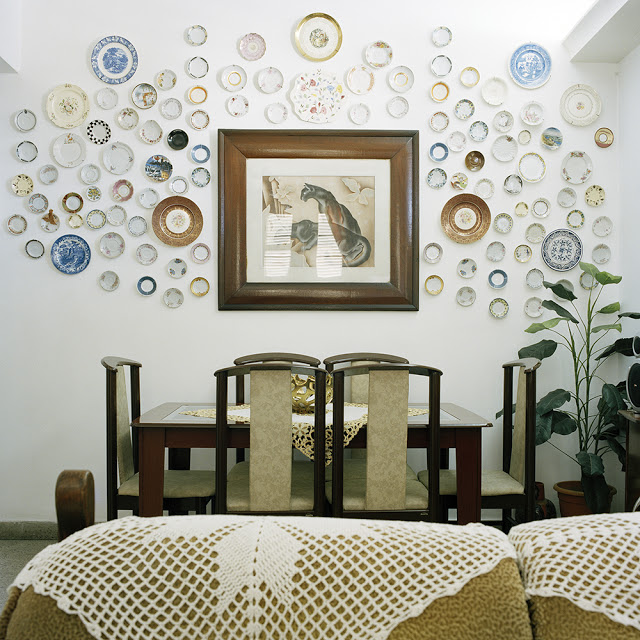 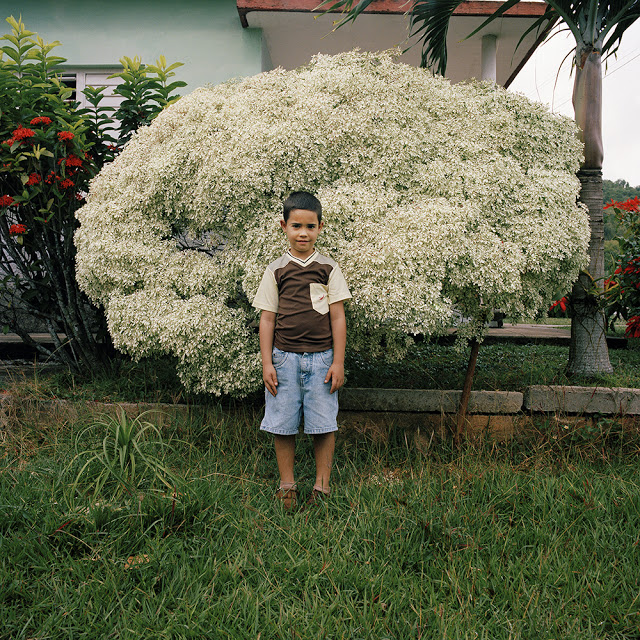 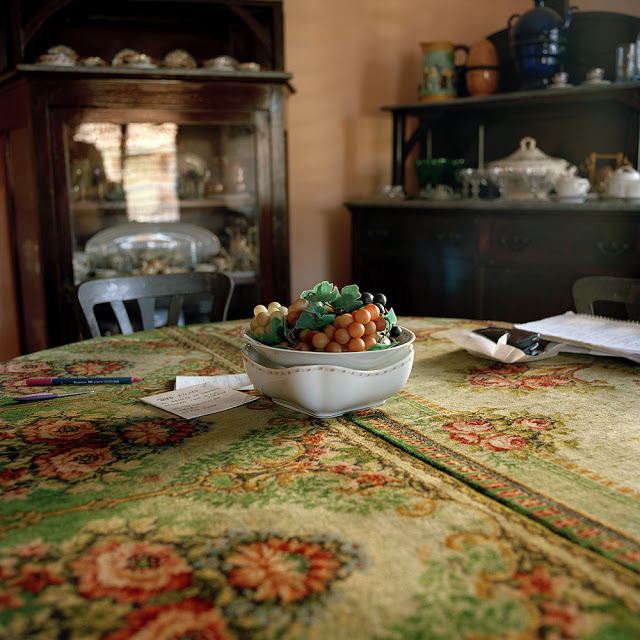 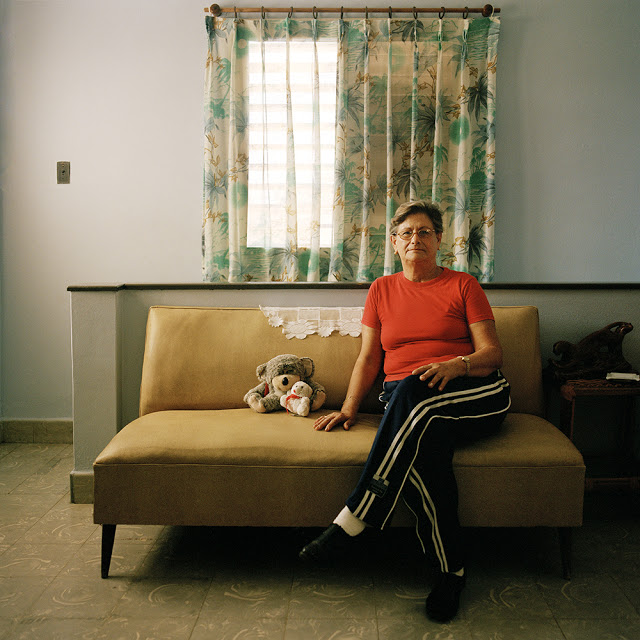 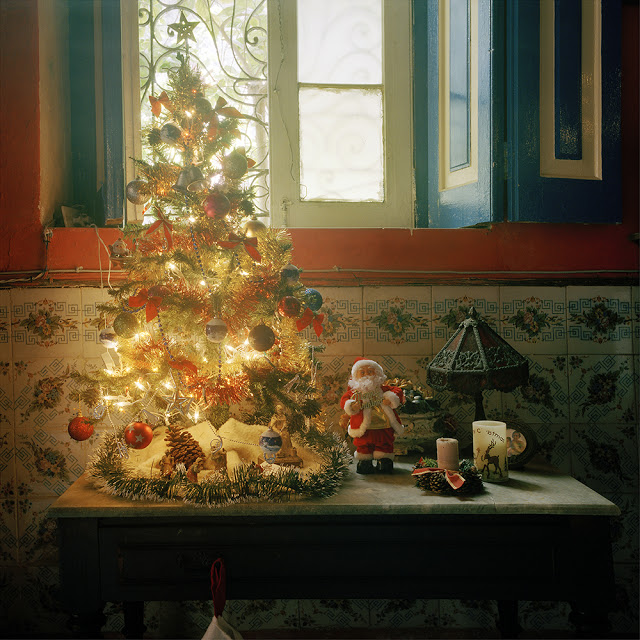 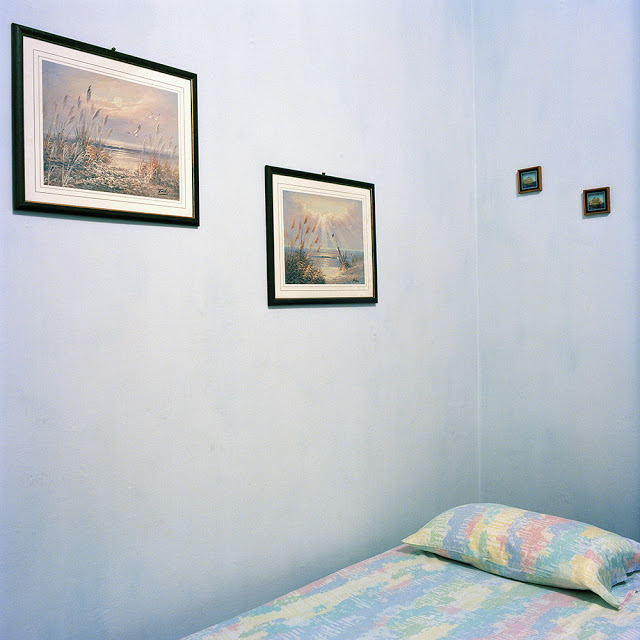