Miro Švolík has spent decades creating conceptual work that explores that human form in space.  Probably best known for his overhead photographs of groups, Miro truly knows how to see the big picture. Miro was born in Zlate Moravce, Slovakia and lives in Prague, Czech Republic. He graduated from the Secondary School of Applied Arts in Bratislava in 1979 where he studied applied photography. He was awarded a degree from the Film and TV School of the Academy of Performing Arts (FAMU), Prague. Miro has worked as a freelance art photographer.

Since 2009, Miro has been the Head of the Creative Photography Studio at the Academy of Fine Arts and Design (VŠVU), Bratislava, Slovakia. In 1990, he was given the Young Photographer Infinity Award from the International Center of Photography (ICP), New York, NY. Miro has had numerous solo exhibitions and participated in approximately 200 group exhibitions. He has exhibited his photographs in various European countries, several times in the U.S., including FotoFest 1990, Perspectives, Real and Imaginary: Nineteen Contemporary Czechoslovak Photographers and FotoFest 1998, Altered Worlds: Contemporary Slovak Staged Photography. In 2011, he presented his photographs at the exhibition A Matter of Wit (Gilbert Garcin, Miro Švolík, Colin Blakely), FotoFest Headquarters Gallery, Houston In 2005, he published The Way to the Centre, a book of black and white analogue photographs. His most recent digital photographs were published in 2010 in a catalogue entitled Big Woman Little Man.

My photographic work over the past 37 years could be summarized in five chapters. The first chapter is called “One Body One Soul. They are black and white analogue photographs from between 1984 – 1990. Mostly, they are photographs taken from above in the downward direction. Lying people and objects create, by their bodies and positions, compositions that can be called “live pictures”. Both the perspective and the gravitation are disrupted. People can fly, walk on their hands, one man can hold another 30 people above his head, and the like. Individual photographs are arranged into stories in which, what is depicted with some overstatement, are the memories of my childhood, my imagination and dreaming of the period of my puberty and the world of the Slovak folk fairy tales which I loved very much, which I enthusiastically used to read and identify with in my mind. 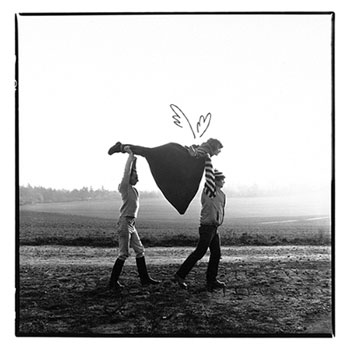 The second chapter of the photographs is called Back to Nature. These black and white analogue photographs are from the years 1992 – 1998. They are photomontages created in the darkroom using two enlargers. These are photomontages of different parts, details of human and animal bodies associated with the landscape. For example, a mountain can be part of the body of a carp, rocks may be a mouth of a man, the confluence of two rivers may be human legs, etc. Photographs express the unity of a human being and the nature and the fact that people can exist only in symbiosis with the nature. 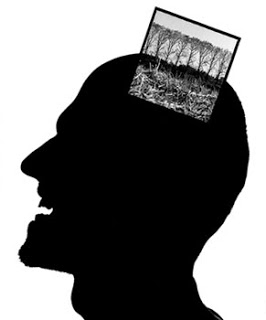 The third chapter is called Openings and HOLES. They are black and white photographic collages of the years 1999 – 2006. In the photographs, naked female bodies are displayed, their details, often intimate, sometimes very intimate. In many photographs of this chapter, openings and holes are cut through which details of other photographs can be seen. The photographs have a high degree of eroticism in them which is often encrypted in the form of a mechanical collage. The viewer sometimes understands only after a while what’s what and where is where. 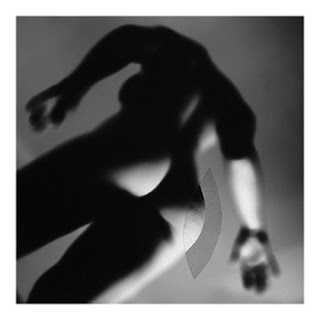 The fourth chapter (perhaps still unfinished) has been being processed since 2007. It’s name is Big Woman Little Man. They are black and white and colour photographs, made digitally. Again, they are montages but they are made using a computer. Men and women are displayed in them, dressed only in their birthday suits. The compositions of their bodies create the world of men and women in my imagination. This imagination is either based on my observation of the real world or on my fantasy. The woman is stronger, bigger; the man is constantly trying to change something about them? 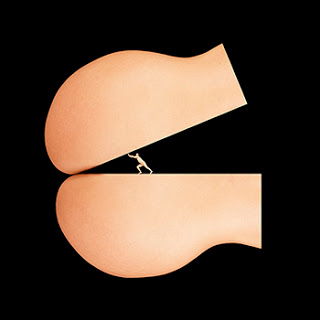 The fifth chapter is entitled Group Portraits. The photographs have been being created since 1991 to the present (2013). They are black and white, colour, analogue and digital. In the photographs, there are groups of people, e.g. employees of companies, school students, etc. The photographs are made using a visual language, generated by methods that are discovered and found in the previous four chapters. The photographs in all chapters are arranged mostly in larger series or cycles. Names of individual photographs or series are complementary to the meaning and sense of their existence. Through the whole body of my work, an imaginary thread meanders which represents my own effort to find a unique and unmistakable visual language in photography. This involves an endeavour to express myself and a desire for adventure in discovering the unknown and not yet tried in the medium of photography. What is achieved and created is not the goal but the way of seeking and finding. So, as my life, my age, my thinking, my world view change, so do my photographs develop and change as well. Photographs are completed and truthful when I recognize myself in them. In Prague, Czech Republic, 2013 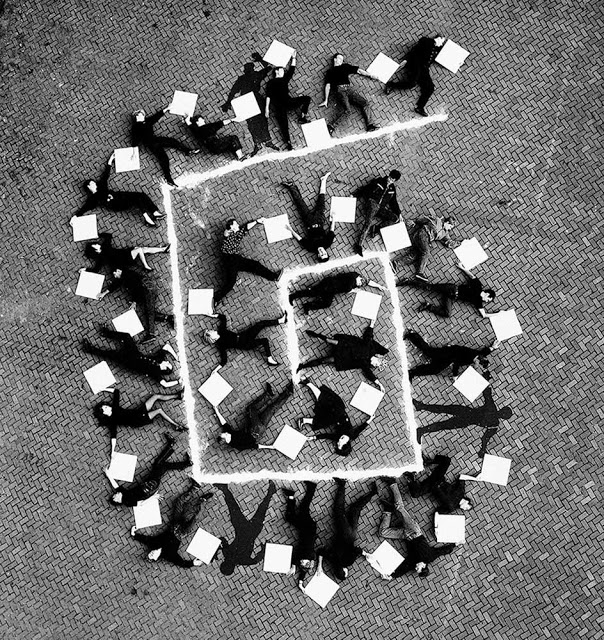 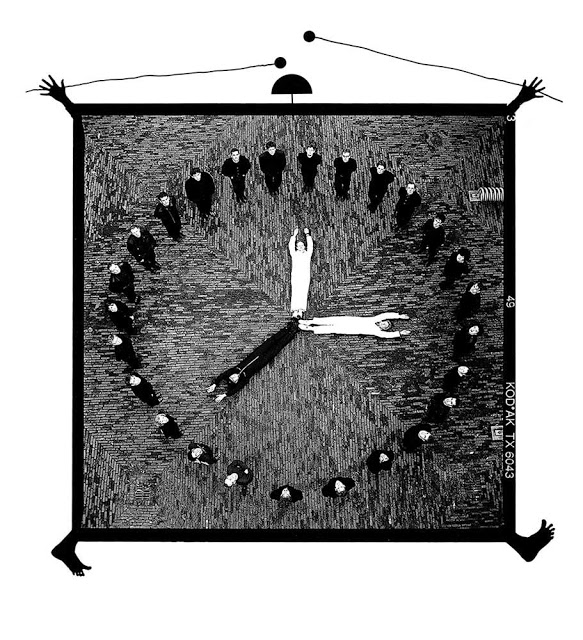 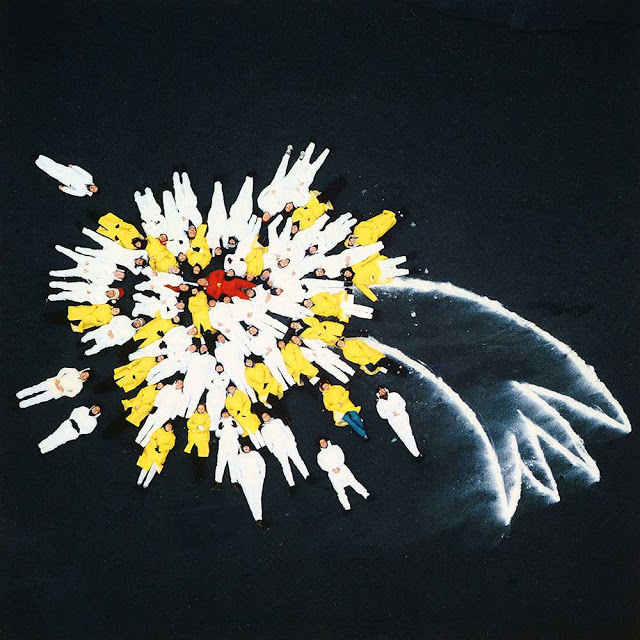 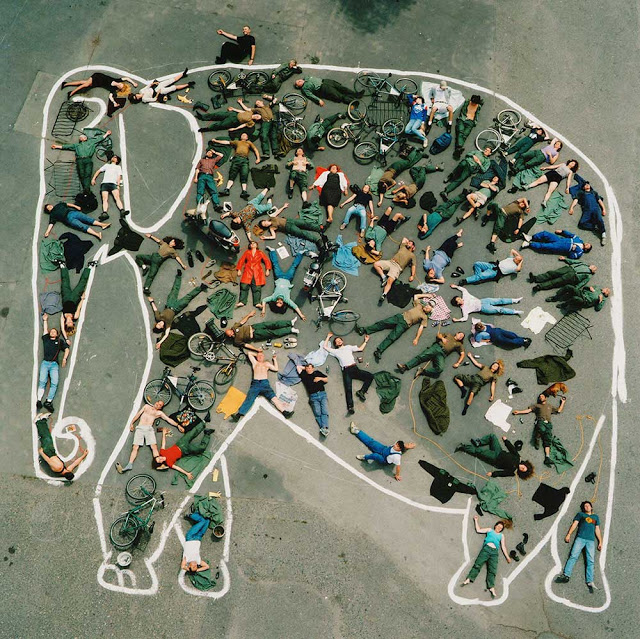 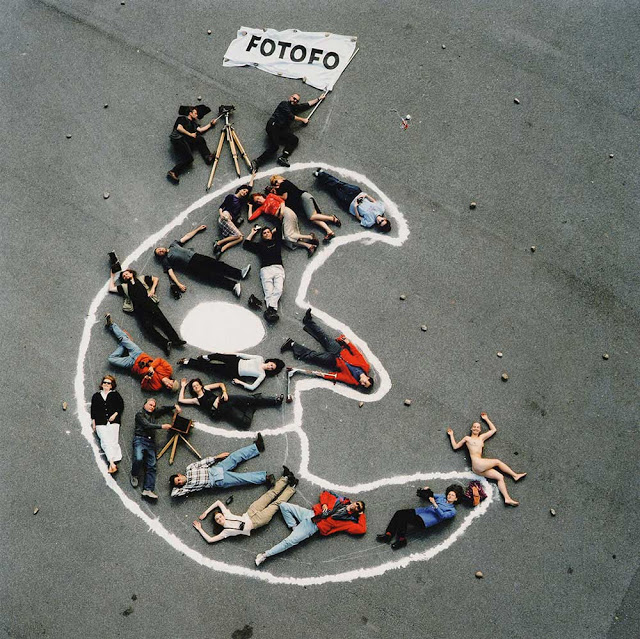 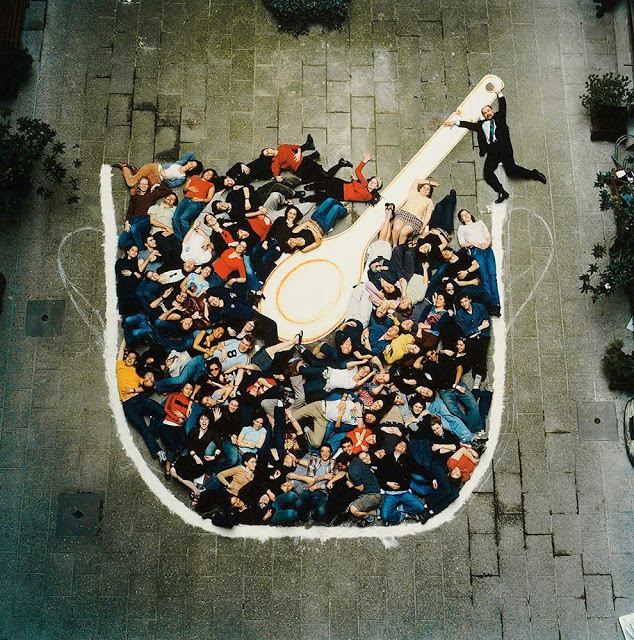 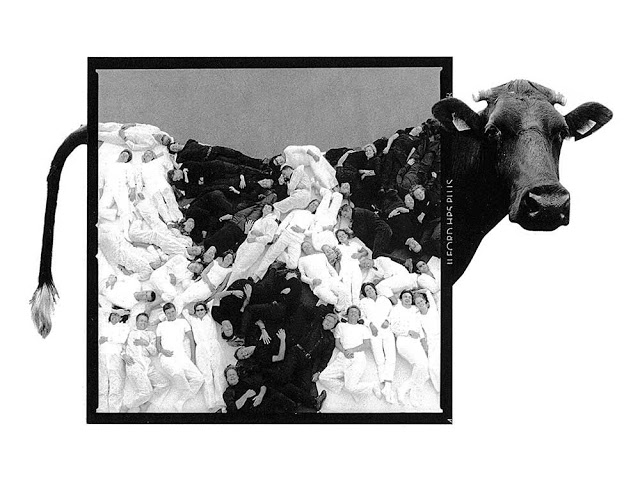 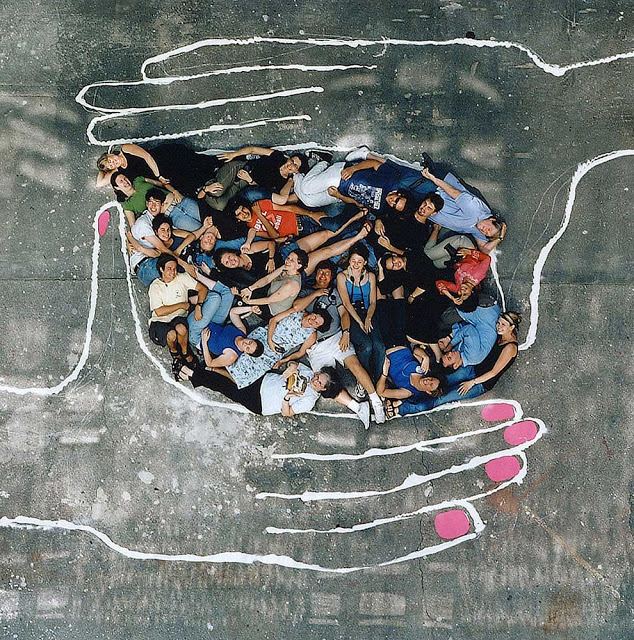 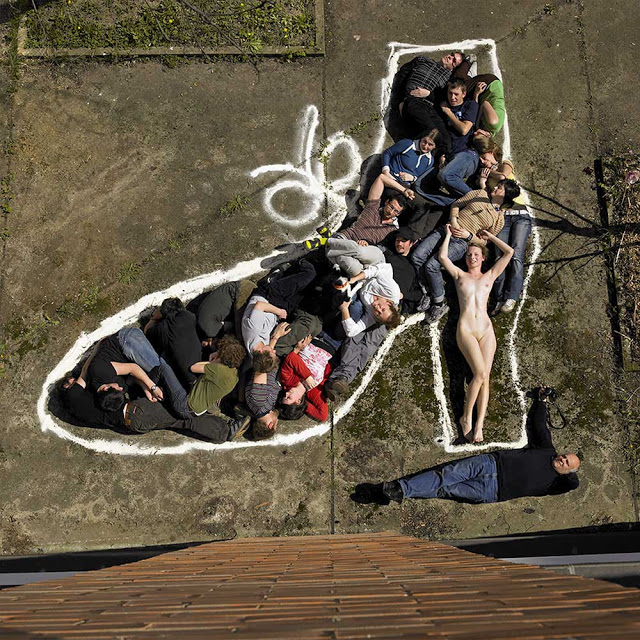 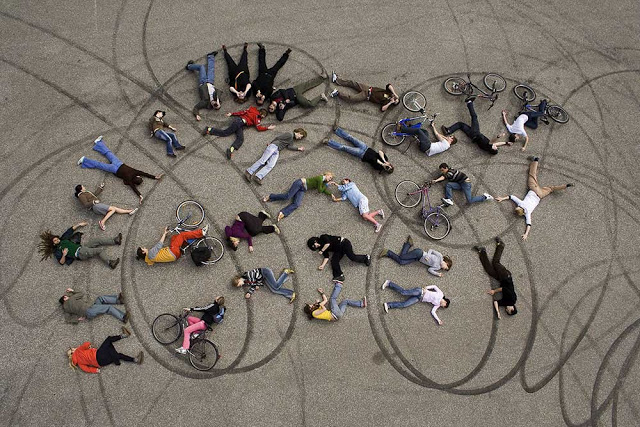 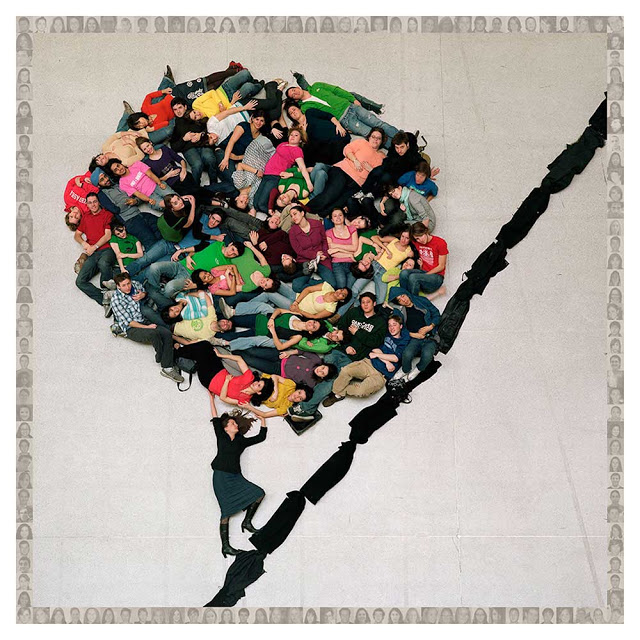 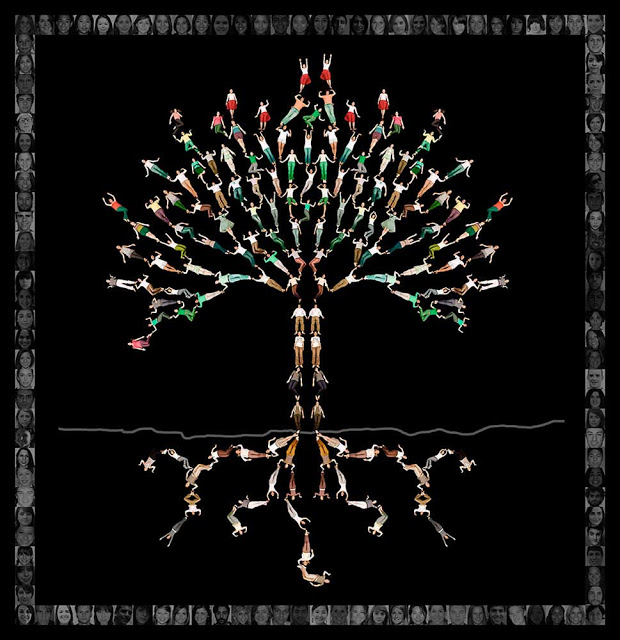 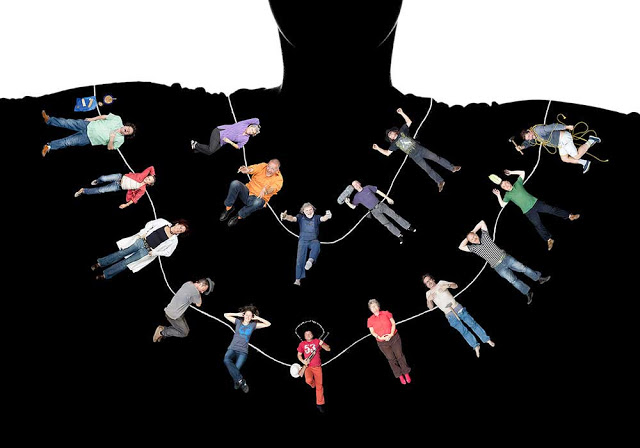 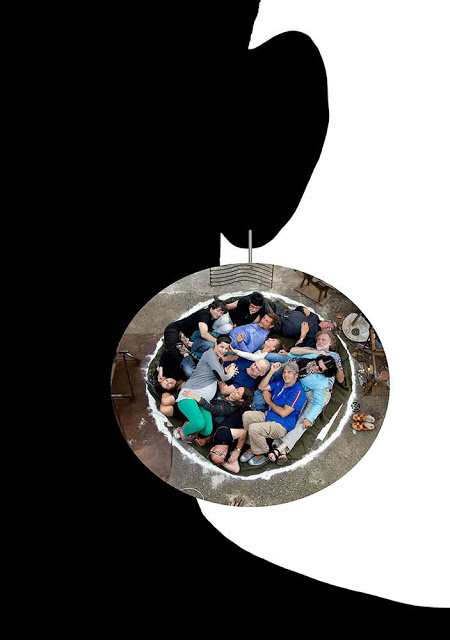 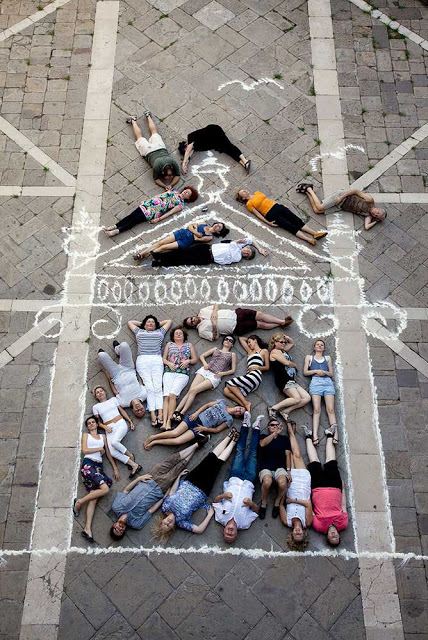