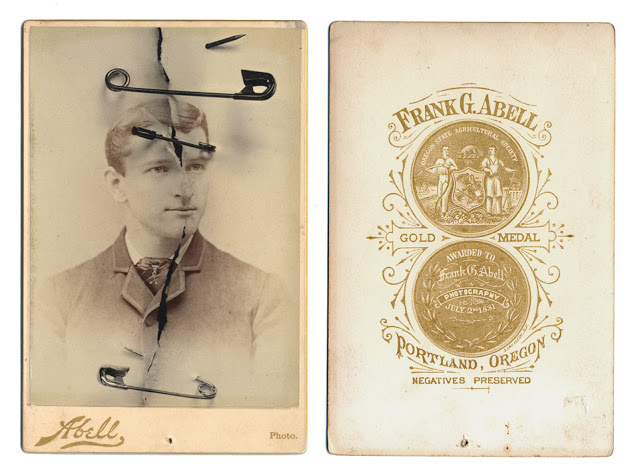 Rachel Phillips brought an old beat-up suitcase to Photolucida which was just the beginning of her cabinet of curiosities.  During the portfolio walk, her unique display of work was hard to miss and it was hard to leave her table. Executed to perfection, Rachel’s images are intriguing and steeped in photographic history.  I am sharing work from two of her series,  Divinations and Field Notes.

Rachel began photography while completing her undergraduate degree at Skidmore College.  Her work has been included in numerous exhibitions, including exhibiting at Modernbook Gallery in San Francisco, Panopticion Gallery in Boston, and The Center for Photgraphic Arts in Carmel. In 2010, her series Field Notes was included in Photolucida’s Critical Mass Top 50.  She was awarded an Artist-in-Residency by RayKo Photo Center for summer 2013, culminating in a solo show in winter 2013.  Her work recently appeared in the July 2013 issue of PDN and is on display in the Historical Processes/Contemporary Visions exhibition at the Dina Mitrani Gallery in Miami that runs through August 31st.
In recent years, Rachel has collaborated with photographers Dorothy Gantenbein and Robert Kato to develop—and eventually teach—hybrid photographic techniques combining historical processes and new technologies that push the boundaries of how a photograph can be made and defined. Rachel lives in the San Francisco Bay Area, and works from an 8×15 foot office built on a flatbed trailer teaching dyslexic and home-schooled children.
Divinations Series
(Transfer Prints to Antique Cabinet Cards)

So often in our daily lives, our attention is fixed on the future—planning for Tomorrow.  And as artists, too, we rush to make new work, to take new pictures, to create, always, something new.  But what of the past?  Past lives?  Past work?  Past pictures? 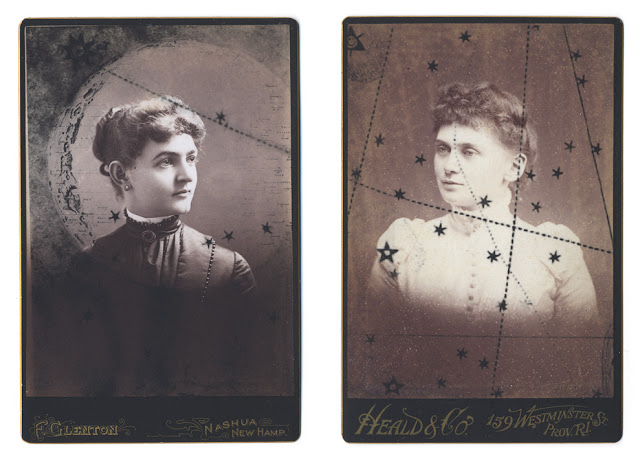 Coming across these mounted albumen prints of portraits from the late 1800’s—called Cabinet Cards and wildly popular in their time—I started asking myself these questions.  We think of the future as unknown and the past as known—as history in a heavy book.  But mostly the past, and the people who lived before us, are as obscure and unknowable to us as the future is—we need a crystal ball to see back in time, too.
The idea of building a series using these original photographs grew, and divination seemed an appropriate theme both because Spiritualism was popular in the 1800’s, and because the series was largely about re-incarnating the people in these photographs by considering them again; making the past once again present, and giving us a vicarious way to ponder the passage of our own lives. 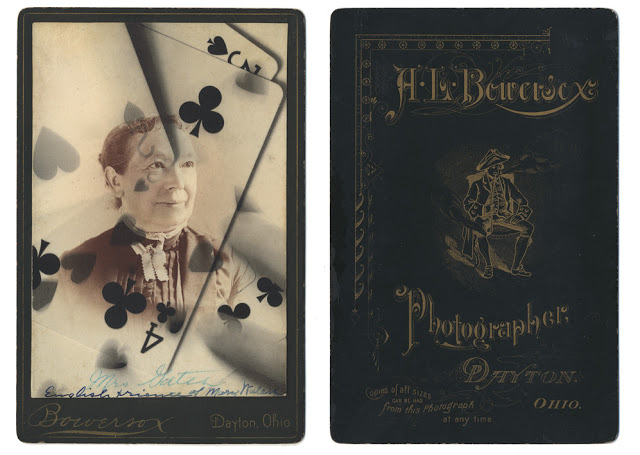 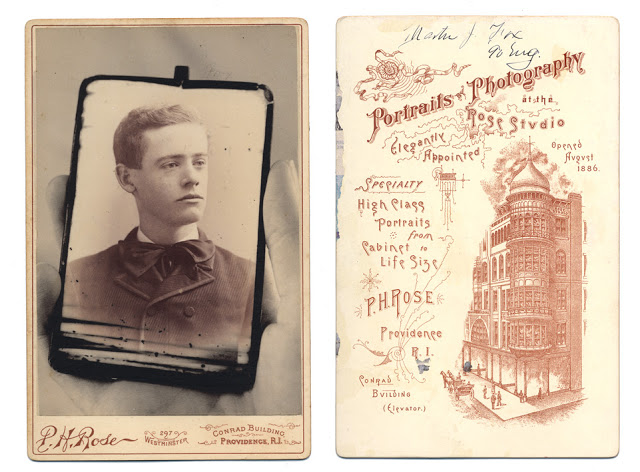 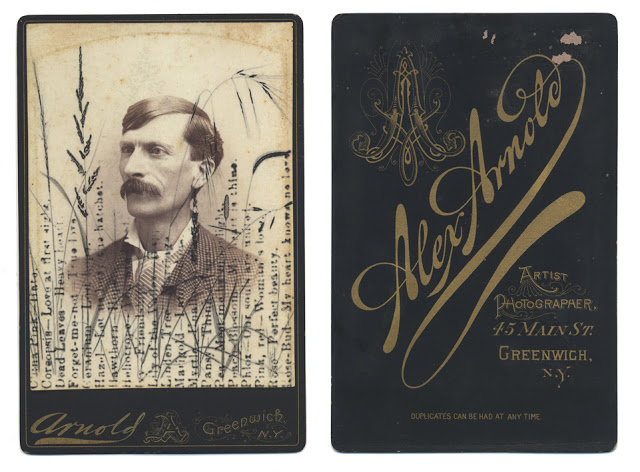 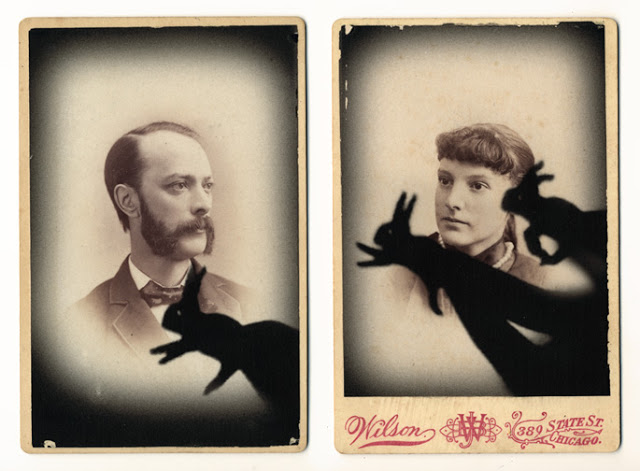 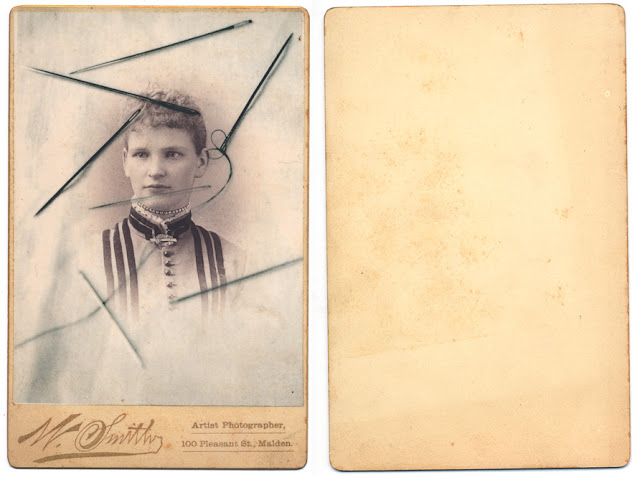 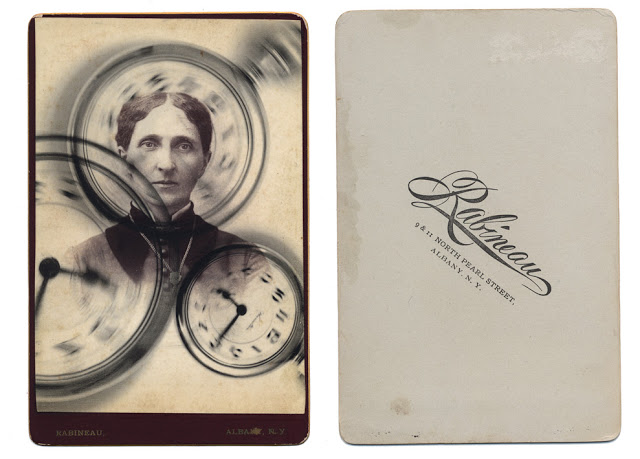 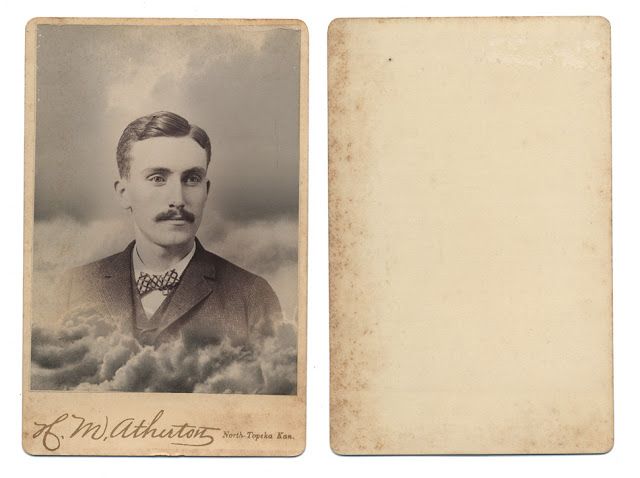 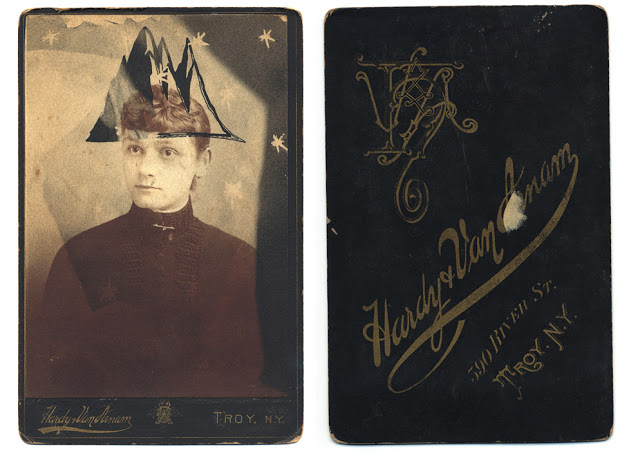 Field Notes Series (Envelope Transfer Prints)
Certainly, home is a place.  It is also a place of mind.  For the spirit too, home offers familiarity and solace, shelter and rest. Yet a house is not for hiding from the world; it has windows, and doors to enter but also leave by.  As a girl, I adored the Wind in the Willows where homes were in and of the landscape—built underground, along the riverbank, and in the woods.  A place where you can be still, letting the world come to you, watching birds fly by. 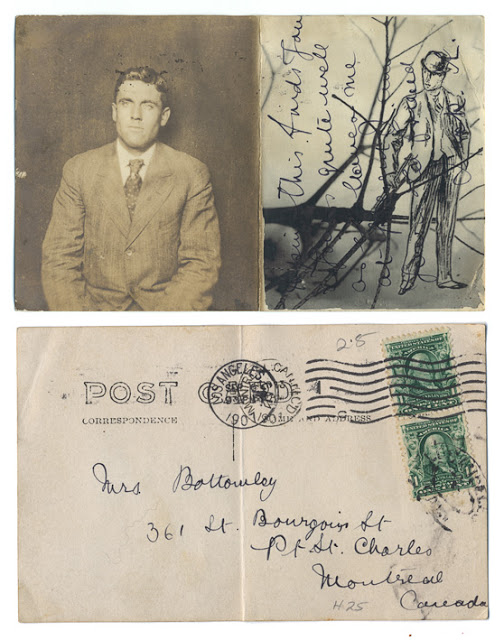 This series of photographs blends the domesticity of home with the joy of wilderness, the natural world.  The paper houses and people are built and cut from letters, postcards, envelopes and old books saved through the decades by my grandparents, and discovered by me in their attic a few years ago.  The images are printed on old envelopes collected from around the world; artifacts from the last centuries.  What did the envelopes contain?  Where did they come from?  In whose mailbox were they delivered?  What stories do they tell? 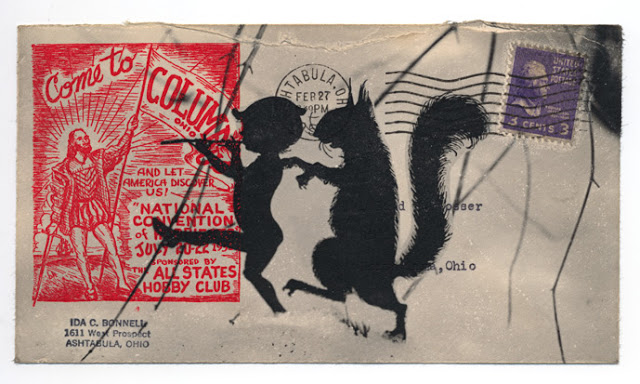 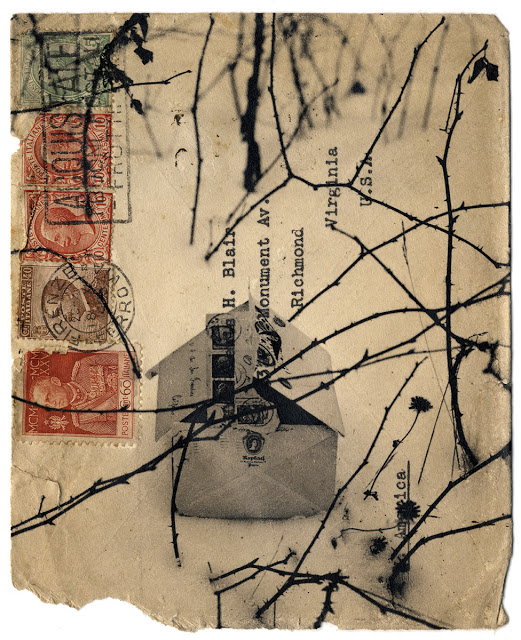 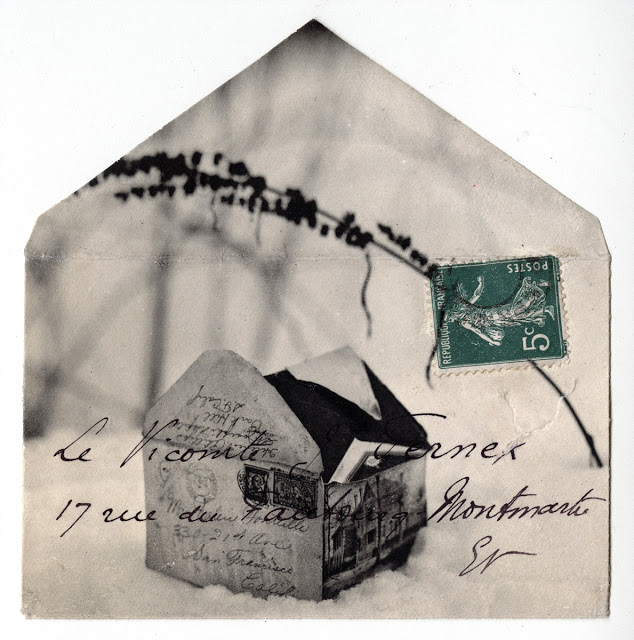 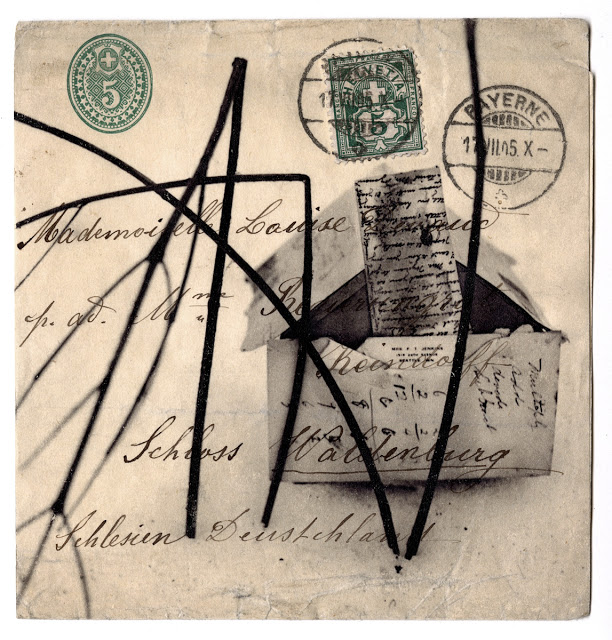