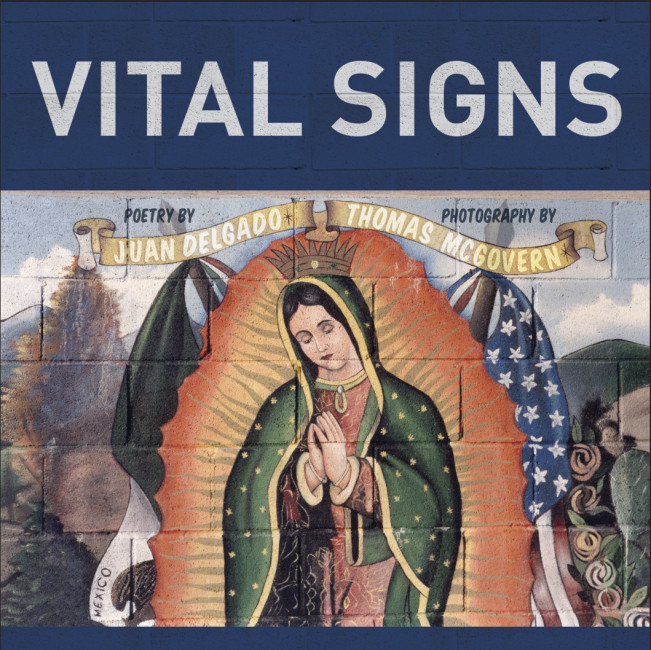 Several Years ago, I had the great pleasure of hearing a lecture by Thomas McGovern at an SPE event. His enthusiasm for his project of photographing hand-made signs and murals throughout the Inland Empire of California was infectious, so I was thrilled to see that he has a new book of the work, Vital Signs, published by Heyday Books through Berkeley Press and co-published by Inlandia Institute in Riverside, CA. But he is not the only author, Thomas collaborated with poet Juan Delgago and the results are two art forms presented together. As Thomas states, “neither illustrate the other, but run parallel, exploring various ideas, imagery and sensations that coalesce in the book. We both feel that the other’s work has enhanced our own.” The nuanced poetry sets the mood for looking at the photographs and the combined effect is an incredibly rich platter of visual and verbal feasting. The book is available here.

Thomas is a photographer, writer and educator, and the author of “Bearing Witness (to AIDS)” (1999 Visual AIDS/A.R.T. Press); “Amazing Grace” (2010 Parker Publishing), and “Hard Boys + Bad Girls” (2010 Schiffer Books). His photographs are in the permanent collections of The Museum of Fine Arts, Houston; The Brooklyn Museum of Art; The Baltimore Museum of Art; The Museum of the City of New York, and the New York Historical Society, among others. His art reviews and features have appeared in Afterimage, Artweek, Art Issues and Art Papers and in 2011 he founded the photography publication Dotphotozine. He is a professor of art at California State University, San Bernardino.

Juan has published a couple of two chapbooks, “Working on It” and “A Change of Worlds”, the last of which received first place in the Embers Press Poetry Contest. His collection of poetry, “Green Web”, received the Contemporary Poetry Series Award and was published by the University of Georgia Press. “El Campo” was published by Capra Press, and “A Rush of Hands” is in its second printing with the University of Arizona Press. He holds an M.F.A. from the University of California at Irvine where he was also a Regent’s Fellow. He is a professor of English and director of the M.F.A. program in Creative Writing at California State University, San Bernardino. 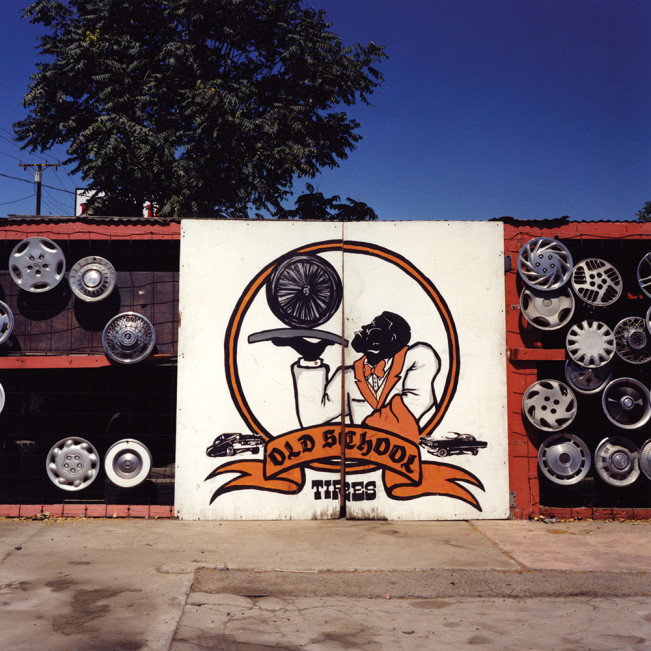 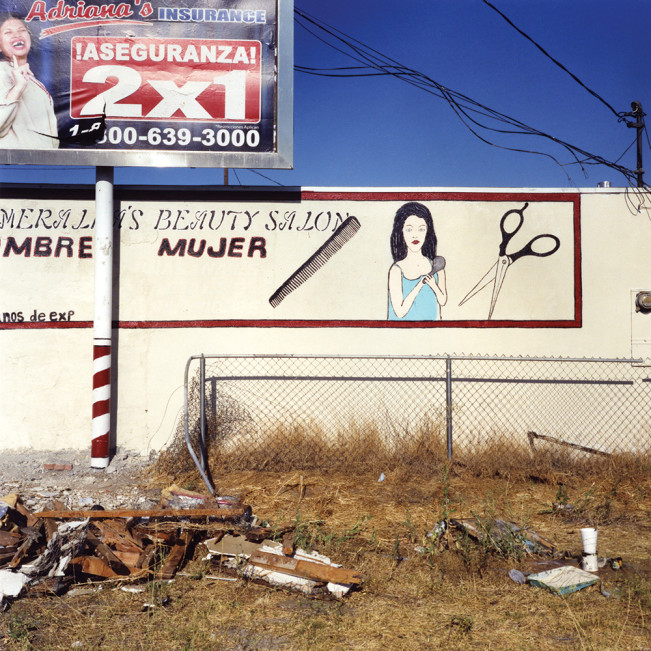 The hush-hush was the wind’s route,
a pass between two mountain ranges.
By foot, the hill people went to points inland.
Yucca was indispensable along the way.

For a new religion, others carved roads
then splintered in their work-strong faith
until their Moses called them back home.

The valley was snarled up in its groves.
The native roots were almost crowded out,
but the echo of water ran over a river bed,
and a hawk circled, whirling up dark clouds.

A Mexican fan palm, leaning like prophecy,
dwarfed a girl who dreamt of a downpour,
a desert flood, a wave of gathering debris. 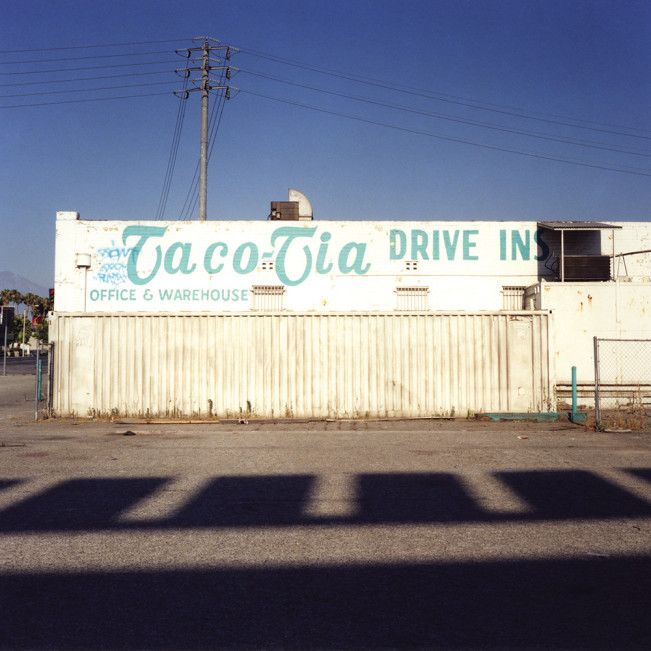 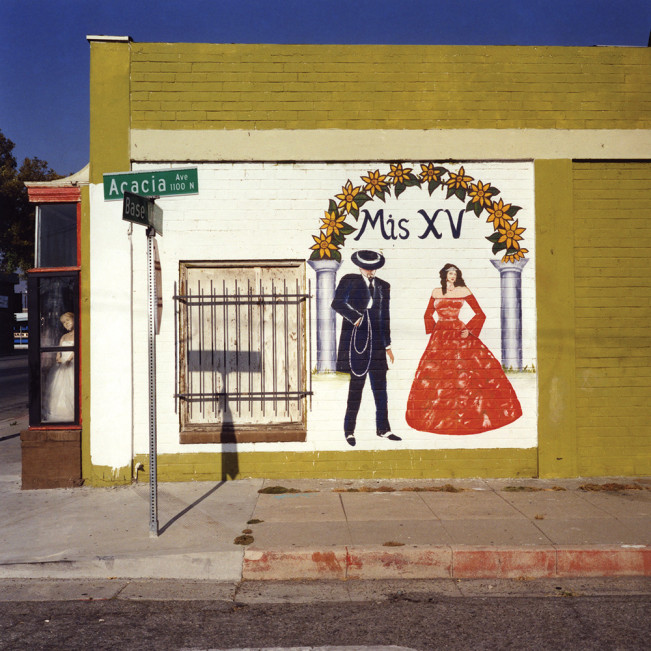 The Hula Dancer with More Than One Biography
For Larry

Let’s gather to see his bronze lamp dance;
she wiggles her grass skirt under a shade.
She was never a throwaway, though unnoticed,
waiting for a buyer under her burnt-out moon.

“In the end, how alike are we to her?” he asks.
“We don’t outlive our clothing; someone else
will point to the tarnished jewelry of our wives
or peer through glass at cuff links that were ours.”

I know a man who collects pipes, tar-throated
and plugged up beyond repair, and lays them
at the feet of a Hawaiian dancer who gleams,
her ever-reaching arms, wanting you to surrender,
like the Brown Virgin, to her constancy, her beauty. 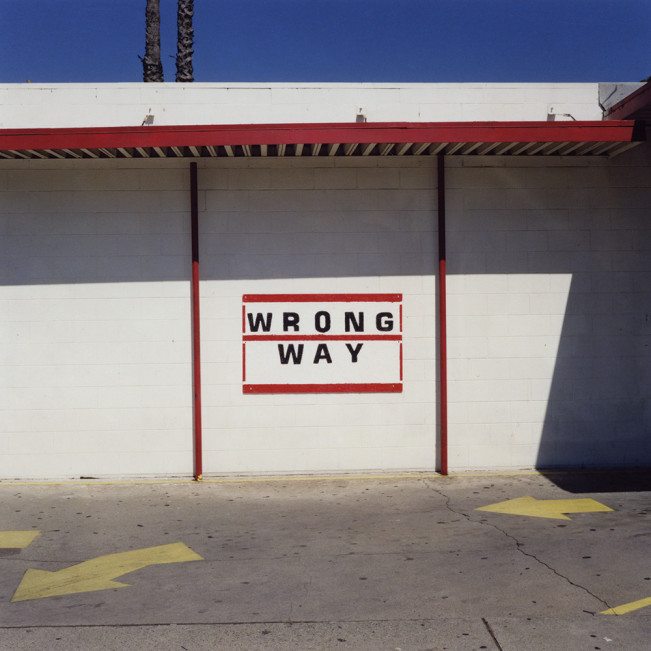 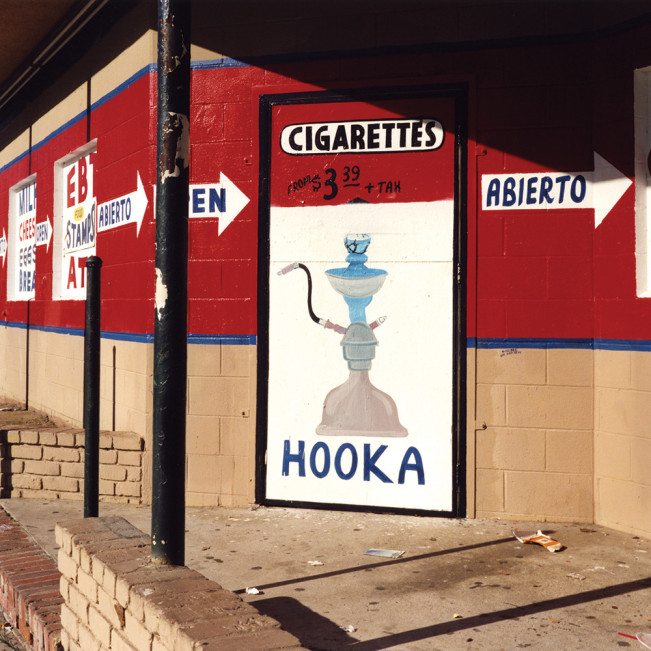 You Touch Red, Red Touches You

In his Spanish balcony his wrists get thinner,
the stems of a rosemary. He wonders, “Is
the toll higher when returning
from the crossing?”

On his shelf, a book observes the light rising
with the specks of a whisper and listens.
His turquoise ring, gaudy as a church
made from beehives, is suspended, trembling.

The blood of his spit stains deeper down into
a pillow’s heart. From his carpet fibers the dust
of his footsteps goes airborne; with choppy breaths
he takes himself in, pauses, and begins again,
a king snake vanishing in and appearing out
of gopher holes. 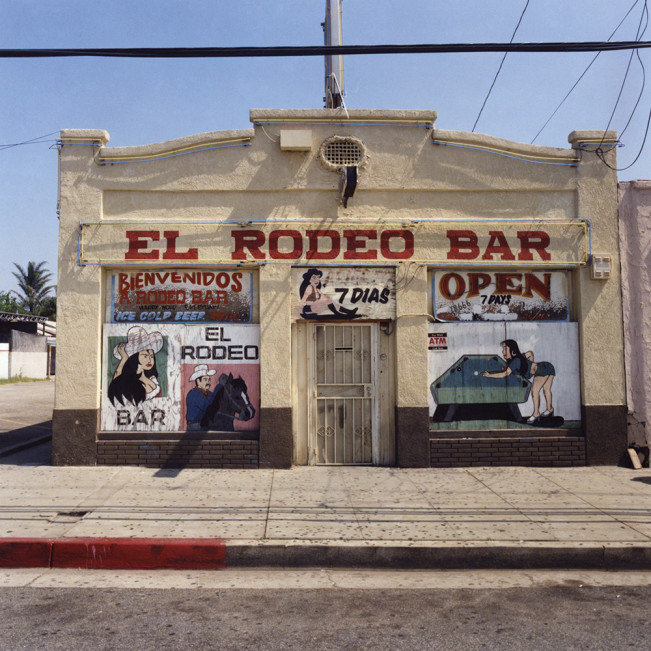 The Sweet and Bitter Monuments of Clutter

For you, we had a service. In a monastery no less.
Why didn’t I stop your mourners?
I lacked the resolve of a jeweler’s glass eye—
you had earned a service at Valley Thrift,
your favorite junk store in San Bernardino.

In a casket of trunks held by silver duct-tape,
I should’ve wheeled you past the racks of the faded
and wrinkled clothing, leaving us wondering
when we spotted our favorite outfit hanging there
whether we should be buried with our beloved objects.

Growing up in the absence of a mother’s sanity,
and hearing her daily sermons, you preferred
the fragments of a religion, the rebirth
of the discarded, so among the incomplete
bedroom set and the sagging cushions of a sofa,
I should’ve left you, saying you had had an untidy life,
rattled by the aftershocks of a divorce and held up
by the steady legs of a merry-go-round table
you bothered to restore one rainy weekend. 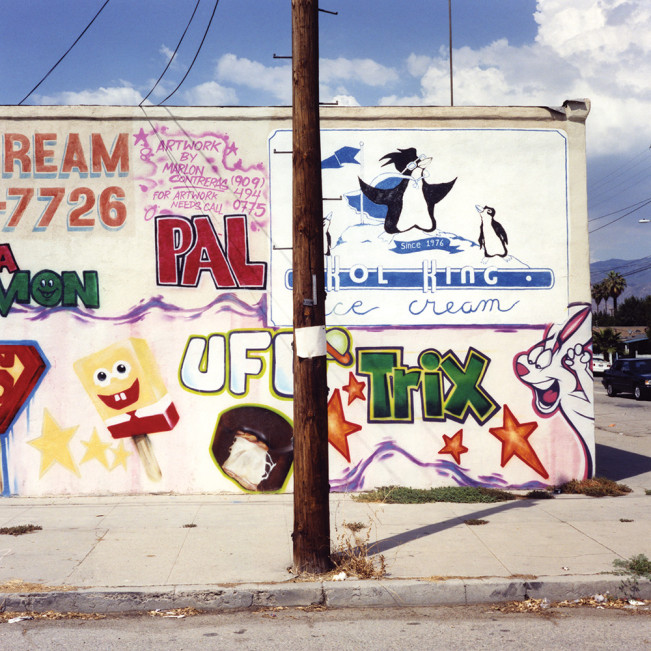 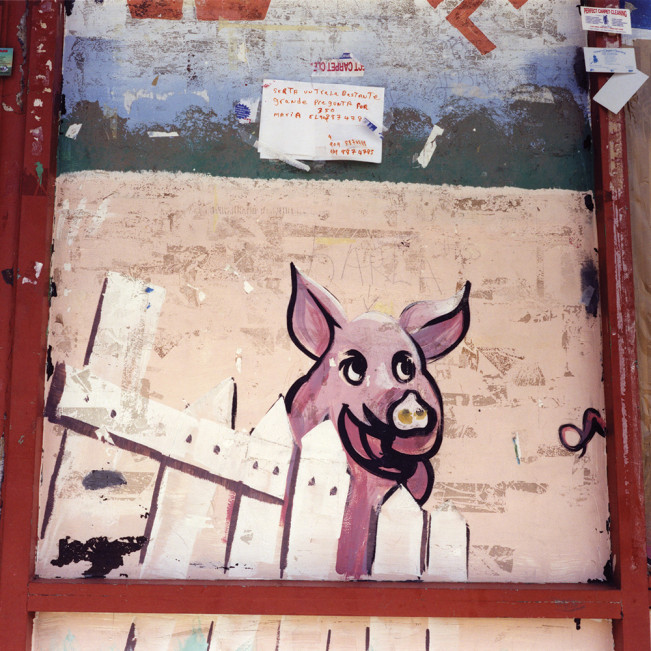 While the Brown-headed Cowbirds Migrate

The Santa Ana River flashed
in the lines of your palm. You drank.
Composed as a river’s tongue,
you walked in hip-high grasses
while the dragonflies hovered near
your right shoulder blade,
an unsettled buzzing.

While the verdolagas rooted down,
populating the cracks of our parking lots,
you saw the faceless bubble gum spots
in front of the wide doors of our police station
harden under the weight of our city.

You lingered with the San Berdoo whores,
the shoulder leaners of cinderblock walls,
the beauty queens of our Party Doll Lounge,
generous as any Midwest farmer
with his bounty.

Their grotesquely large
hands eased your pitted face,
your troubles. Like the old masters,
you forged your own cross,
letting its body hiss, a rage
dissolving in water, holding it
long enough until it burned,
drying the sweat of your palm.

You left poems, thick-coated,
varnished, flaking yellow,
still breathing and expanding,
the knots of a pine
ceiling, brown eyes, not
so common to us now. 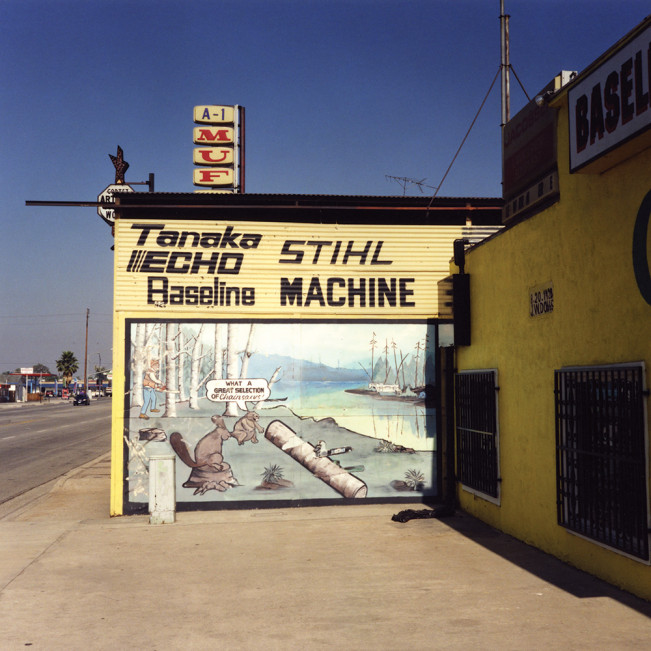 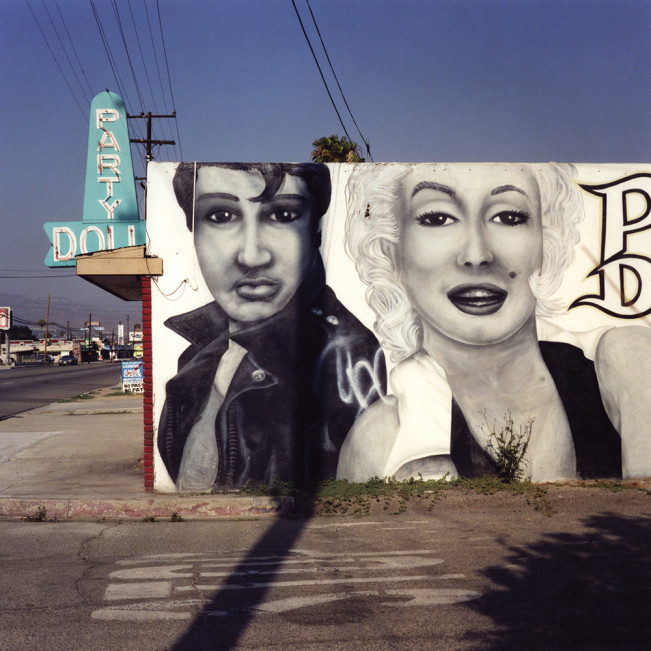 Crown after Crown
For Ernest

Goatheads bask in their thorns
and roar on spoked wheels,
sun-burnt, falling to the roadside
and spreading their seeds.

We, too, cling to our poor
soil-rooted dreams,
the return of our lands. St. Augustine
will not smother us again.
We have our crown of thistles.

We are a prong-stubborn people,
dirty cheeked, and in spring
the lemon-yellow flowers
of our goatheads bloom. 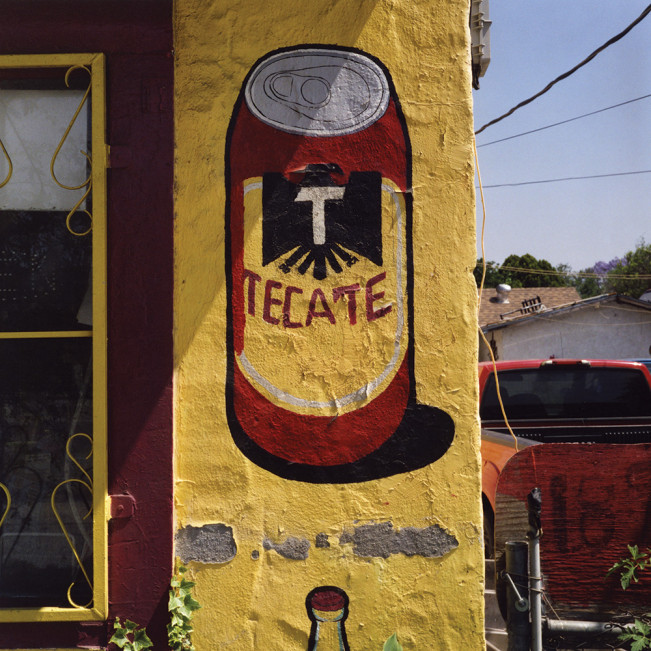 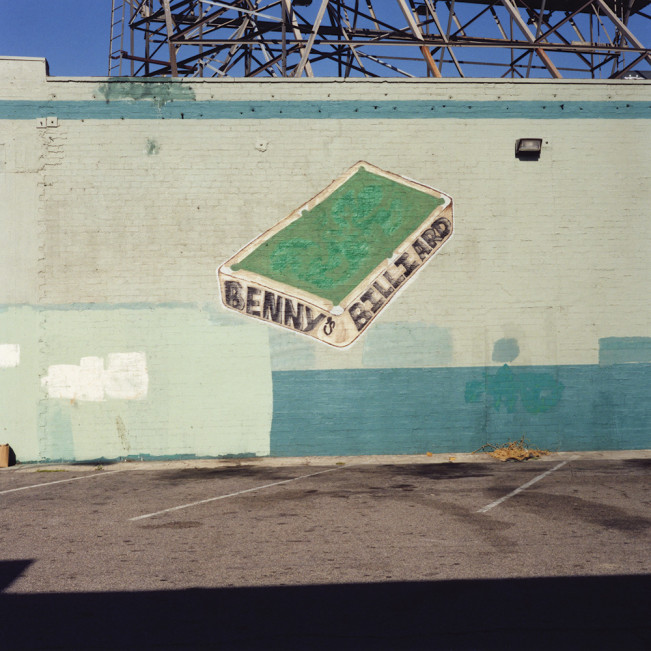 What Crowds Out That Smell?

Her ashtray, foul drunk for days, bellies up;
the coins of her purse conspire to escape again,
wishing for their wobbly roll-dance never to end
or lose its velocity; outside the phone wires
she made into clotheslines still spread rumors,
sagging even more when fat birds sway.
Her porch is a shrine for black ants, thirsty
for the moist potting soil and its dirty rivers.

When Ofelia is not busying herself by watering,
she notices how a grave narrows her doorway.
Soon her kids will be home.
A kitchen clock
tugs at Ofelia’s earlobe like her mother;
the stove’s burner turns into a glaring eye. 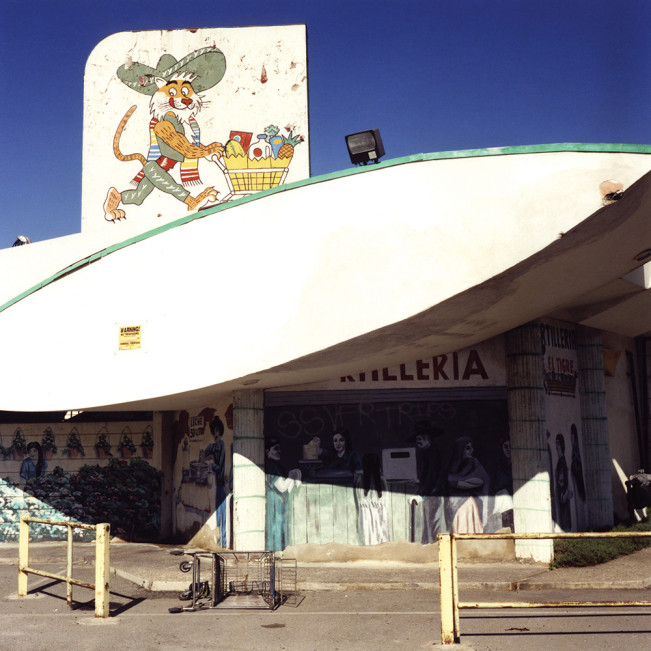 Her mother’s head scarf is
a church’s roof, still creaking.
She pretends to recite one
more prayer, bowing in flames.

She visits Ofelia all too often,
her knitted shawl, clasping
for Ofelia to be sewn in.

Fried verdolagas. A crowded table
is worth more than any spoon
scraping her mother’s dinged-up olla,
the altar of just enough. 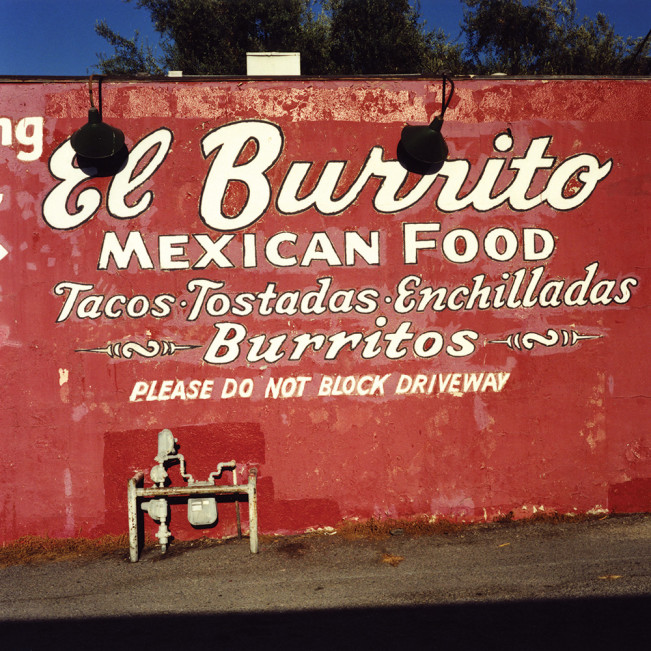 The Evidence Is Everywhere

The Santa Anas, childlike and profound,
blanket me; I see the dust stirring the valley
and clouding downtown San Bernardino;
I feel the sting of your loss.

The black oak leaves, brittle, tumbling,
crack under my feet. Is your hand
touching the dryness of my lips?

I tug at the skin on my wrist, trying
to peel off the seam, my stubbornness.

On Sunday, I wear my only
decent dress, gypsy-green.
I hear heels scurry around me.
Our priest is a hinged tongue,
his verse tucking us in.

Why can’t I focus on anyone’s face?

The winds fly from a canyon’s belly
into a peasant blouse.

A stampede of leaves and twigs rushes by
a patch of grass, scraping across a sidewalk
and dragging their nails, fierce and defiant
as a local poet’s words.

From the sides of mountains, waterfalls
of dust form, and during my pilgrimage,
the fate of lip-stained Styrofoam cups
will not unnerve me. Not worried
about compasses, I’ll go by fences guarding
abandoned lots, through desperate patches of grass,
yellowing, past one-legged billboards of paper
and glue. Resting under the shade of bus stops,
I’ll recite old tales to ward off the haunted
and the debris of family floods piling up.

When the voices on an updraft emphatically
circle like red-tailed hawks, I’ll recall
the tail of a comet urging you to wrap
yourself in its flames and dissolve.
Entranced by a burning equal to yours,
I’ll walk eighty miles, traveling the routes
of my childhood candy wrappers.

In the moisture
of a dirt road I travelled,
you are the rain that visited
the night before.

Does your tongue sense
the heat of bodies flying
in the Santa Anas?

Again, I am lost tracing
your face, a dry playa,
the eyes of clay, a brown
maze of upward glances.

Are you a creek bridge,
a fallen cedar, lodged
between sunbaked boulders
inviting me to cross?

You are the one
taking away my fear
of being wheeled down
a hallway without doors.

With twigs in my hair, I was found
somewhere near the national forest.
Bystanders pulled back their sniffing dogs
while I stood, barefoot and tired.

When I predicted earthquakes in China,
Peru and Cucamonga, California,
I baffled my psychiatric ward.

After a nurse removed my handout
of The Seasons: Winter, wildlife appeared
on the hospital grounds. A mule deer’s
antlers surfaced in the parking lot,
weaving among the staff’s cars.
A coyote leaped into the patients’ garden
and howled under a security light
as if to say: “I am here. Where are you?”
A roadrunner scooted across a lot,
losing one of its long tail feathers.
All this had the staff checking again
if their office windows were latched.

In my notebook, I drew a coy face
with blurry dots for eyes that peer out
of a hollow trunk, struck by lighting,
charred by fire, with smoke still rising
under your vaulted sky.

Outside my window,
the sky is suddenly
draped by a hum,
a hummingbird’s hunger.
Her wings wrinkle the sky.
Unlike
a chickadee too busy
and full of seed chatter,
the hummingbird
puffs up the air,
feeding like a storm,
a redness, a sideway rocket
past the world’s ear.

That spark reminds me of you.

Thin-rooted, lingering too
long, absorbed in window
reveries, I’ll be released. Here,
the soil is moist, sponge-like,
storing. Worms surface,
digesting their way up.
I, too, am ready
for the driving winds
of another season.

NEXT | From Above: Aerial Photographs from the Center for Creative Photography >
< Joni Sternbach: Promise Land | PREV