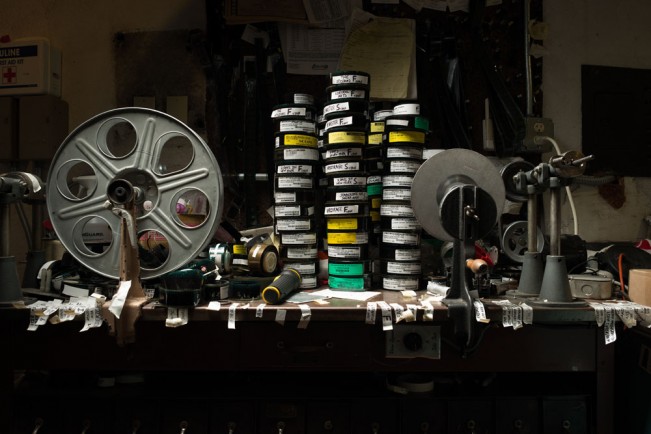 New York photographer Joseph O. Holmes has been a long time observer and chronicler of people and the spaces they inhabit. He is about to open a new series, The Booth: The Last Days of Film Projection,  presented by Museum of the Moving Image. The exhibition runs from October 5, 2013, through February 2, 2014, in the Museum lobby and will be celebrated at an opening event on Friday, October 4, at 6:30 p.m. with a special screening of the 1924 Buster Keaton film Sherlock, Jr., in which the silent comic plays a projectionist who conjures himself into a movie, presented with live piano accompaniment. Joseph will also debut “Projection: Eighty-five Years of the Projection Booth in Movies,” a twelve-minute supercut of clips from 45 movies that take place in projection booths, from Sherlock, Jr. to Inglourious Basterds.

In late 2011 he began to capture the film projection booth, featuring projectionists in their domains at movie theaters in and around New York City. The exhibition will feature more than 30 of his photographs, shining a light on what is quickly becoming a lost art form; they reveal the intricate beauty of the projectors and related ephemera such as canisters, reels, and the medium—celluloid itself—scattered across the often cramped booths. Usually anonymous and unseen, the skilled technicians who operate these increasingly rare machines are present in many of the images; their personalities evident in the handwritten notes, personal photographs, and posters that cover any available wall space.

Ever since I first starting going to the movies, I’ve been intrigued by the tiny windowed room above the audience. I imagined a projectionist threading film into a complicated maze of wheels and sprockets, or splicing trailers under the dim light of an editing table, or maybe even staring back at me from the shadowy recesses. 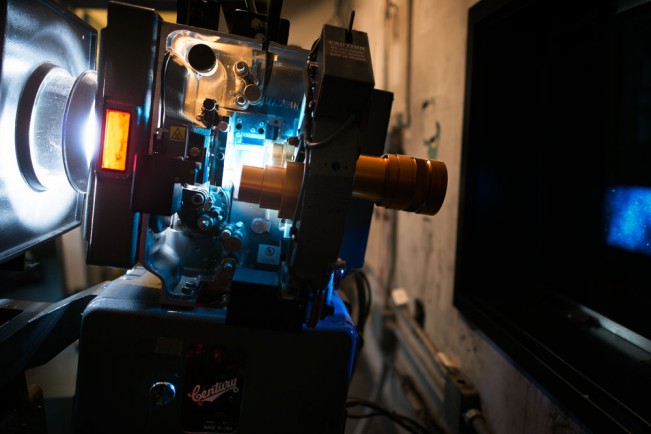 I knew that someday I’d set aside the time to explore and shoot projection booths. But in 2011 the mission became urgent when I discovered that theaters were under pressure to replace film projection with digital. The quaint booths familiar from films like Sherlock Junior and Cinema Paradiso were being replaced with a laptop connected to a box with a lens. 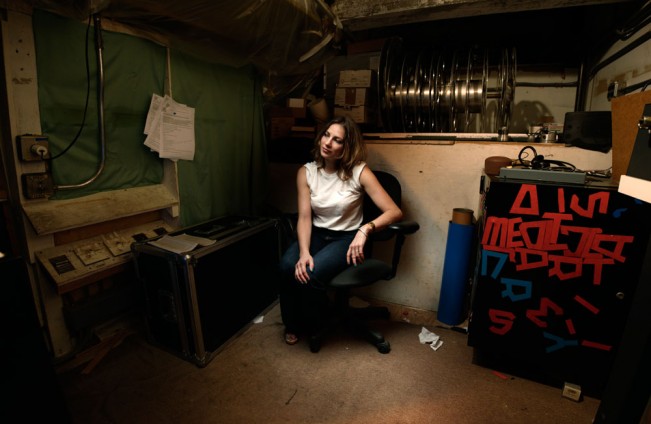 And so for the past couple of years I’ve carried my camera into those rooms, capturing the strange beauty of the machines and tools and faces of the last remaining film projection booths. 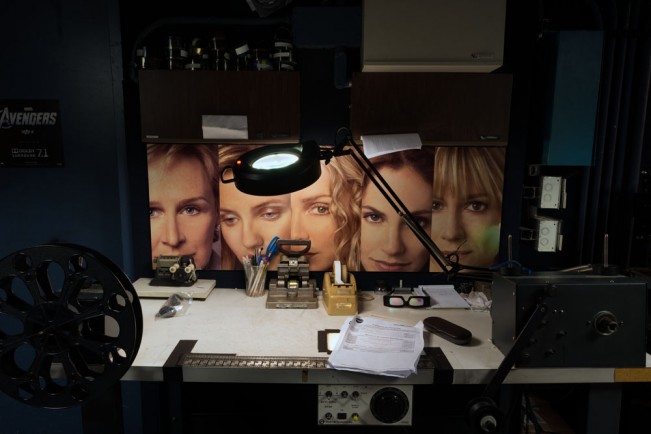 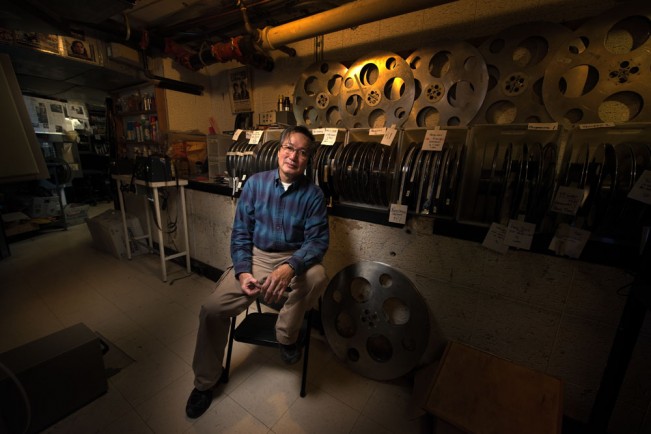 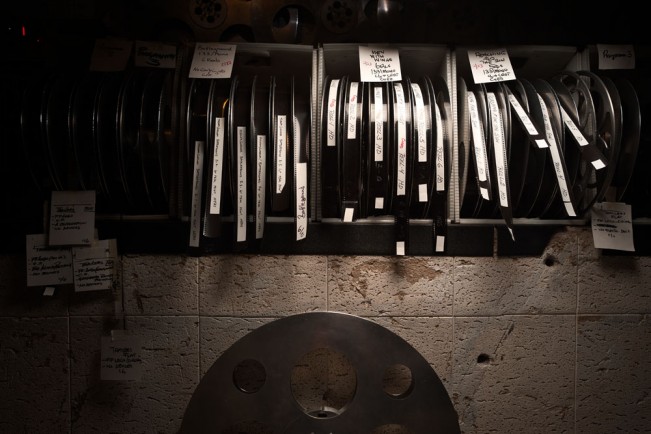 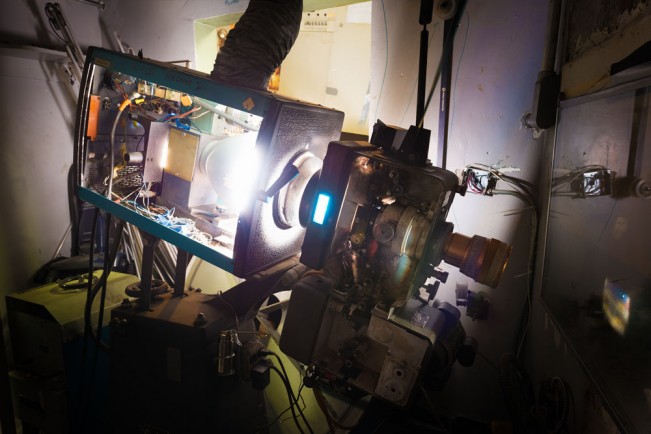 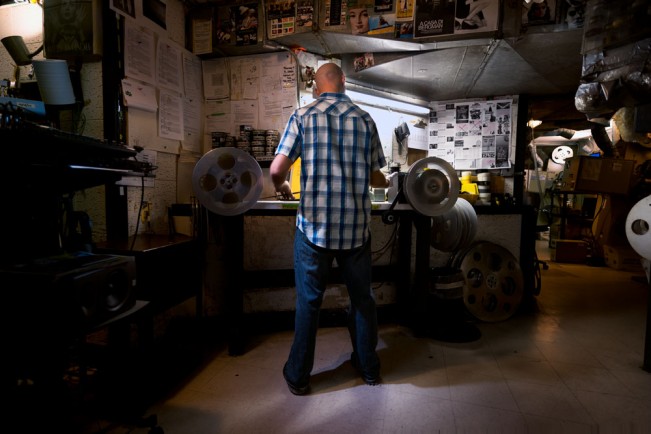 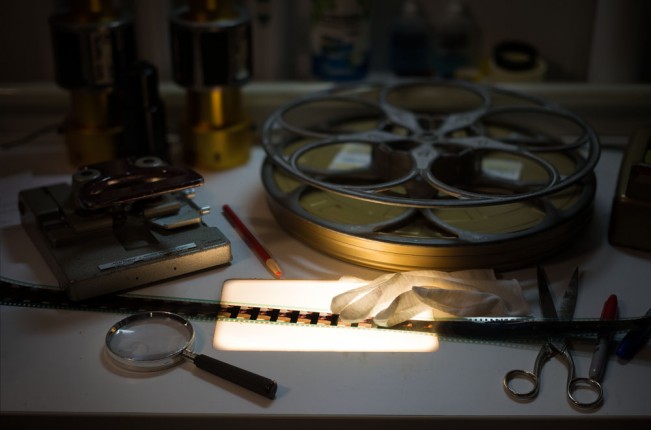 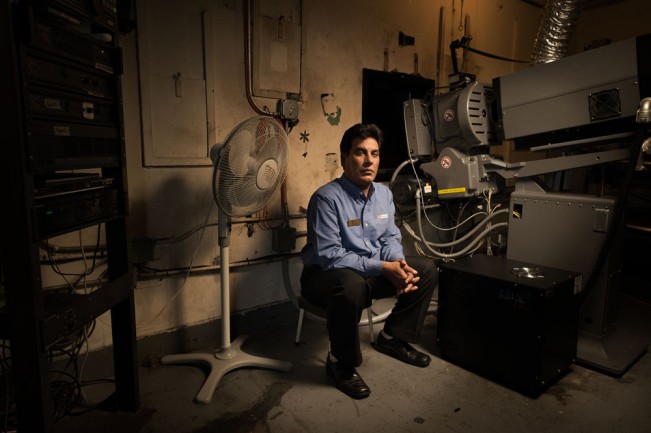 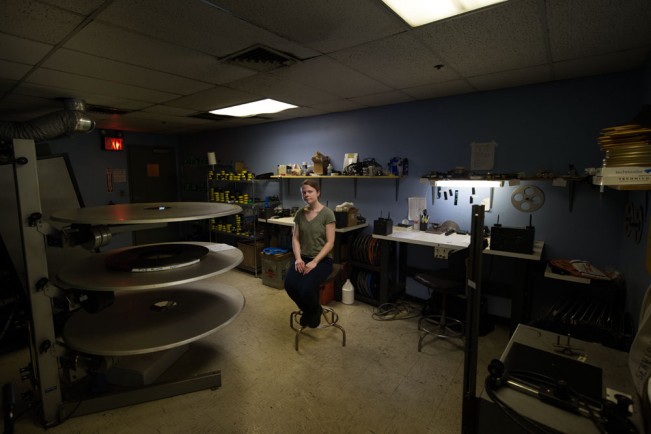 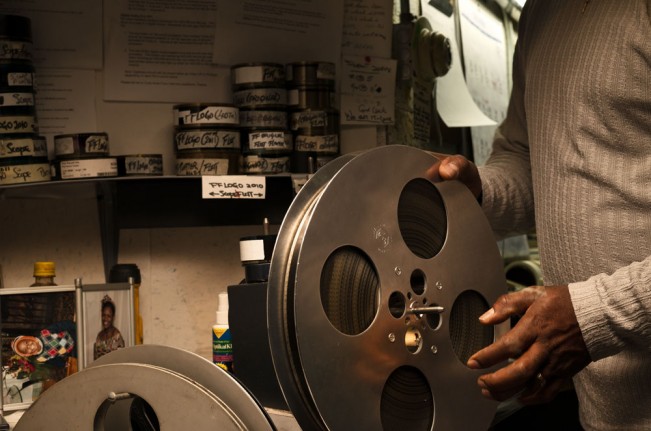 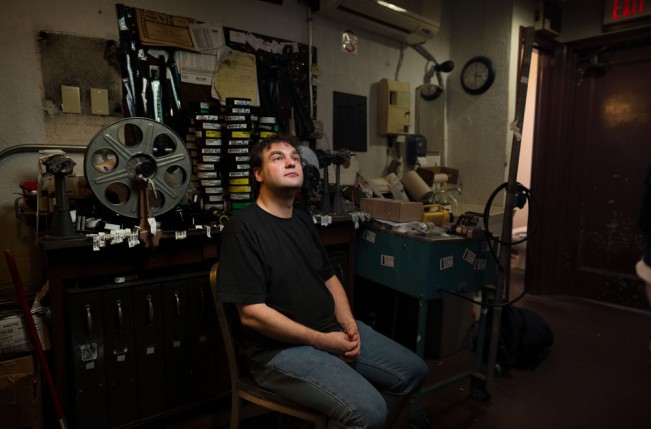 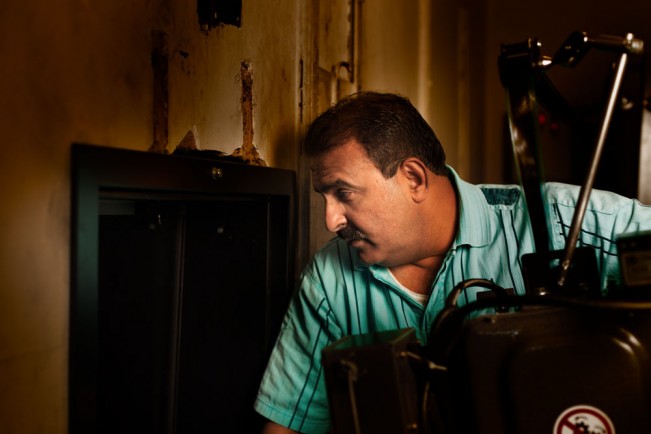 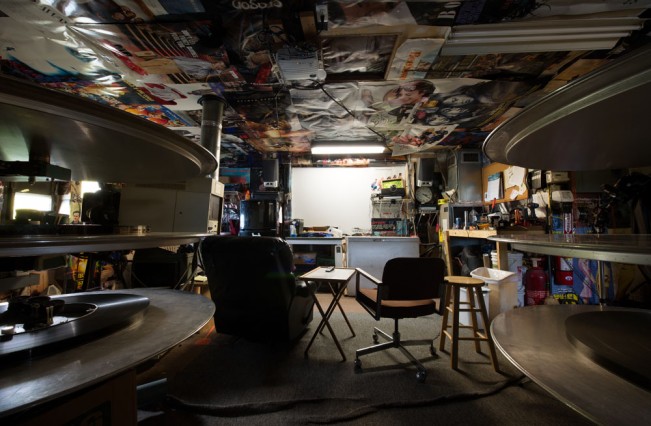