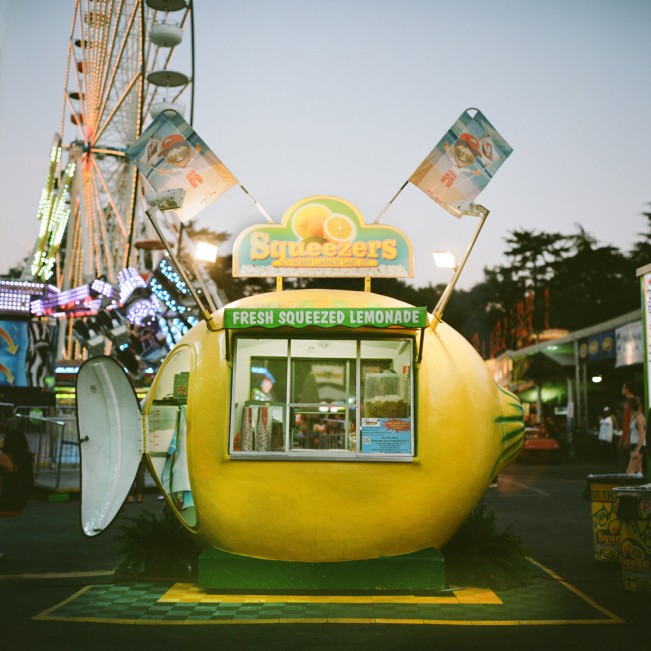 2013 has been a bit of a wild ride, with the good out weighing the bad, some aspirations met and lots and lots of miles traveled. This is a bit of a year end rambling post, so apologies from the start.

To begin, I want to celebrate the revisioning of Lenscratch. For years, I have wanted to take Lenscratch to another level, richer in content and resources; I wanted to switch platforms and make the site a destination for learning and research.

I am thankful to an incredible group of committed photographers who stepped up to the plate, giving six months (and hours and hours) of unpaid labor to make it happen. Thank you to Managing Editor Pauline Gola for getting the ball rolling, for seeing beyond what I could envision and setting in motion Lenscratch 2.0. Thank you to Technical Director Jonas Yip, who put his own website aside to build Lenscratch and for his patience and talent in making the transition so seamless while juggling family, clients and his photography. Thank you to Art Director Clay Lipsky who made and makes Lenscratch way more interesting to look at all while working full time and creating his own photography. I am so lucky to have this visual guru at my side.  Thank you to Resource Editor Mindi LaRose for her unwavering efforts in creating a site rich with opportunities and resources. And finally a big thank you to Sarah Stankey and Grant Gill, who contribute to Lenscratch from Wisconsin, creating our monthly Exhibitions and writing posts through out the year, bringing their unique and spot-on sensibilities to the site. One of the highlights of the year was spending time with Grant and Sarah at the Filter Photo Festival. I am truly grateful to these wonderful friends and photographers.

Thank you to all of our guests editors, with more to come in 2014, and to the movers and shakers in the photo world who so kindly allowed me to celebrate them through the Mixtape series.

I would be remiss not to thank the Lenscratch readers for their contributions and their readership. If you like the site, share it with your peers.  If you like a post, reach out to the photographer and let them know. 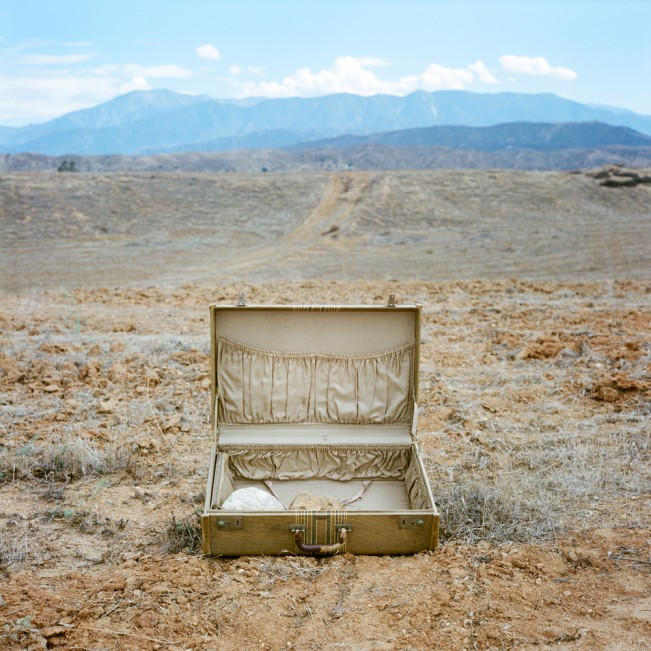 Travel seemed to be a theme in 2013: New York for a birthday, Santa Fe to teach a workshop, Portland for Photolucida, Atlanta to open a show at the Arnika Dawkins Gallery, three weeks in Italy with the family, Vermont, Chicago for Filter Photo Festival, Montana, Utah to give a lecture, Paris for Paris Photo and the Lensculture/FotoFest Reviews, New York, and Washington DC. I’ve learned a lot from meeting with photographers around the country and it’s really enriched my world. 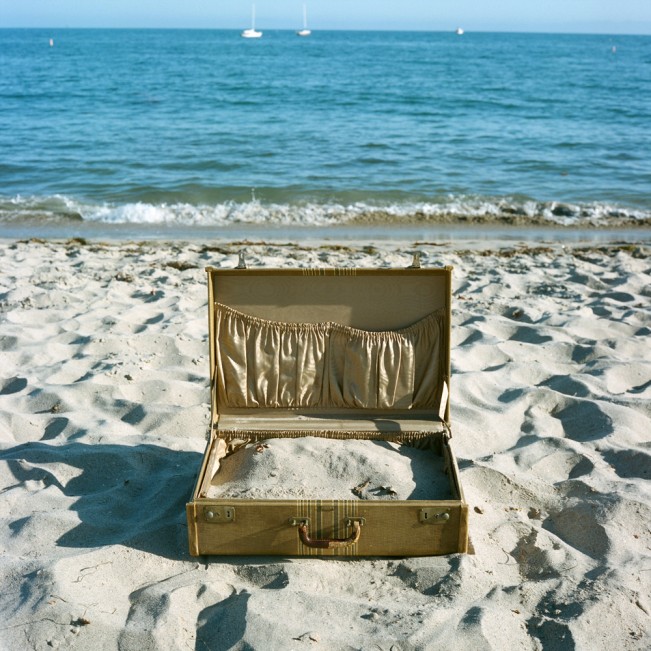 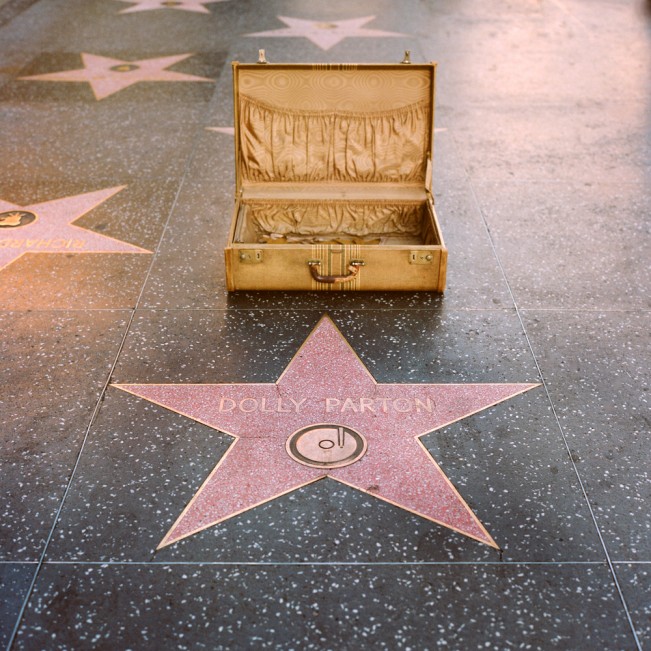 Of course, the end of the year is a time for reflection, for looking backward and forward at the same time as we tend to lay things to rest and set goals for the next 365 days. I’ve never really been a very good goal setter, more just someone who tries to keep moving forward. But my goal for 2014 is to simply make photographs–good ones, bad ones, funny ones, poignant ones–staying in a creative mindset. 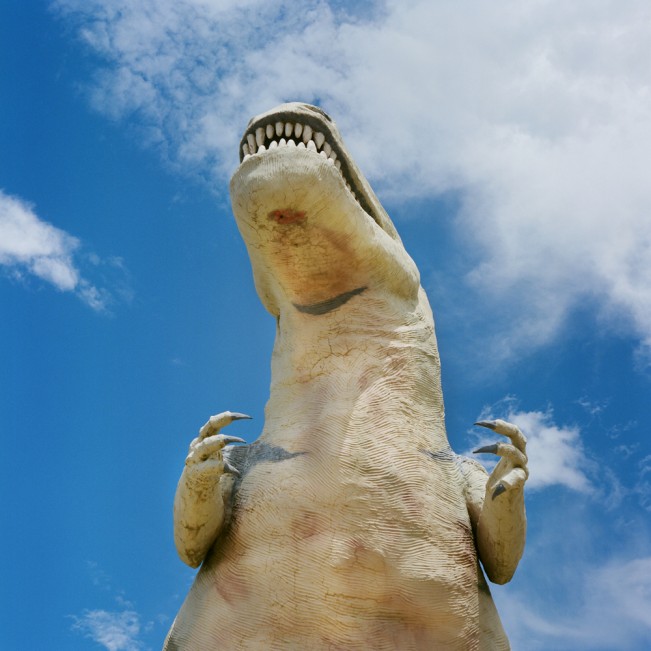 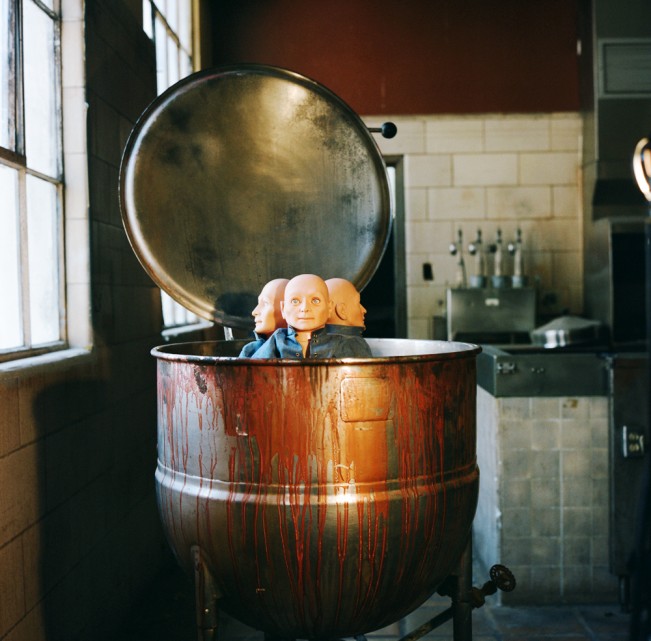 In Hot Water, from The Lonesome Doll 2013 ©Aline Smithson 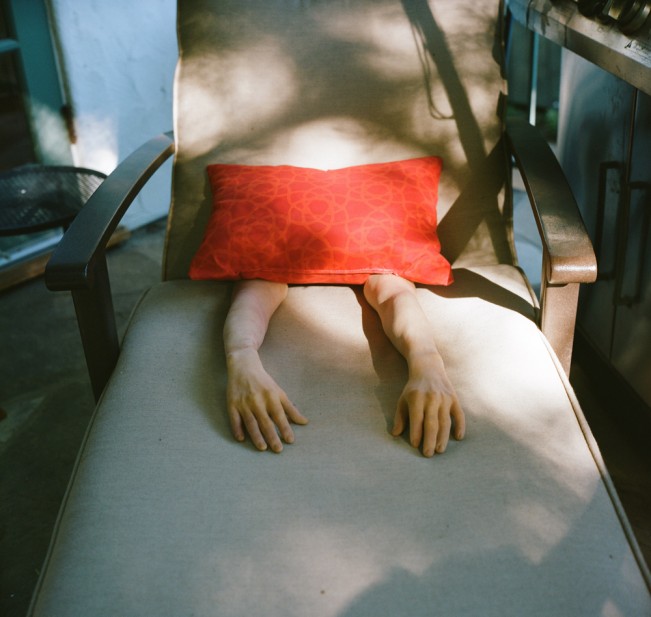 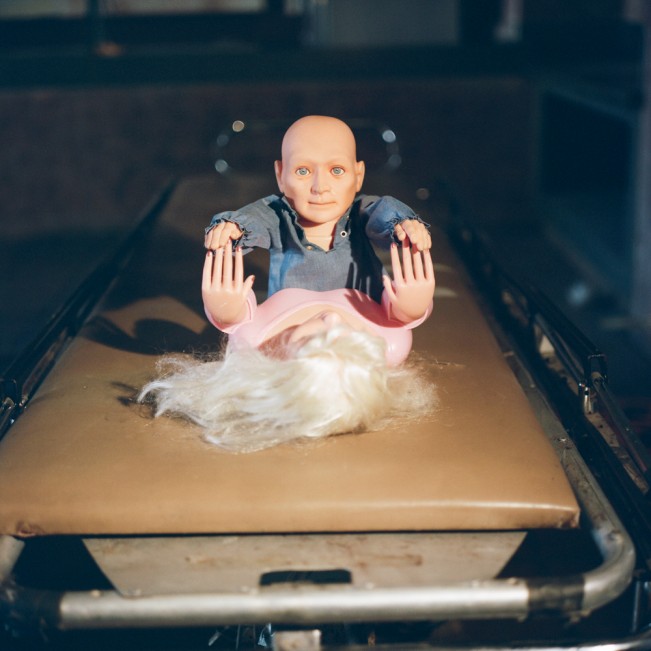 Love in the Afternoon, from The Lonesome Doll ©Aline Smithson

2013 was a year that made room for more than just taking photos and I discovered that I truly am not happy unless I’m thinking about what I have shot, what I’m going to shoot next, what I can conjure up to create, and what is important in my world to express visually.  All that surrounds the process of making photographs is time away from making photographs. Submitting to exhibitions and magazines, writing about photography, attending festivals and portfolio reviews take away from that process.  I am going to work on choosing those distractions carefully.  Not to diminish any of the incredible platforms that photographers have to showcase their work–I am so grateful to have them, but I am beginning to think that it’s all happening too fast and photographers are churning out work at a record pace and then launching projects before they have had time to marinate, just to meet deadlines.  My advice? Slow down and make work and then let it percolate.  Go back, reshoot, reconsider. Work only gets better with time and perspective.

I look at so much work when editing Lenscratch, that it is hard not to feel “less than.” There are so many terrific photographers making work these days and it seems like every subject has been mined, every vista photographed. But it’s important to still pick up the camera even though you may not have a place or project for the work.  The Six Shooters collective has validated that thought and allowed me to use images that would otherwise have been considered strays. I have several new series underway, but not ready to release them yet.  Somehow, I will know when they are ready for the world.

I love making portraits.  I never considered myself as a portrait photographer and then one day, I realized that a significant amount of my work is portraiture.  So I’m sharing some favorites from this year. 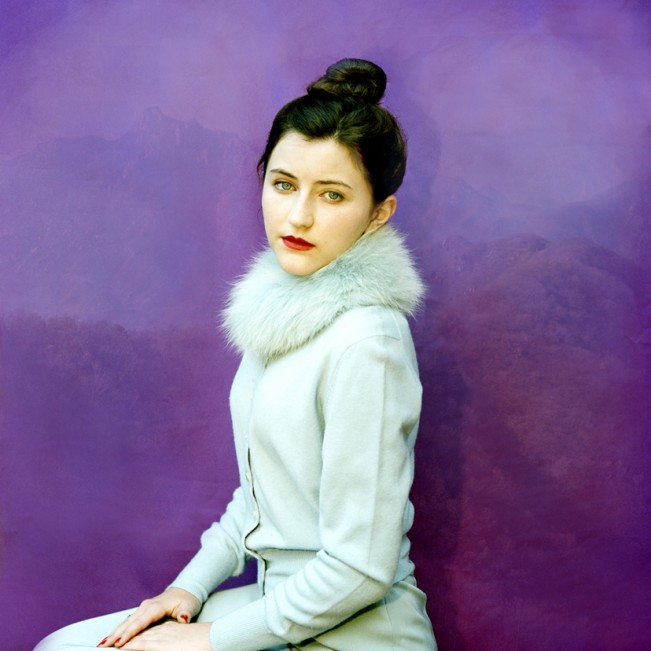 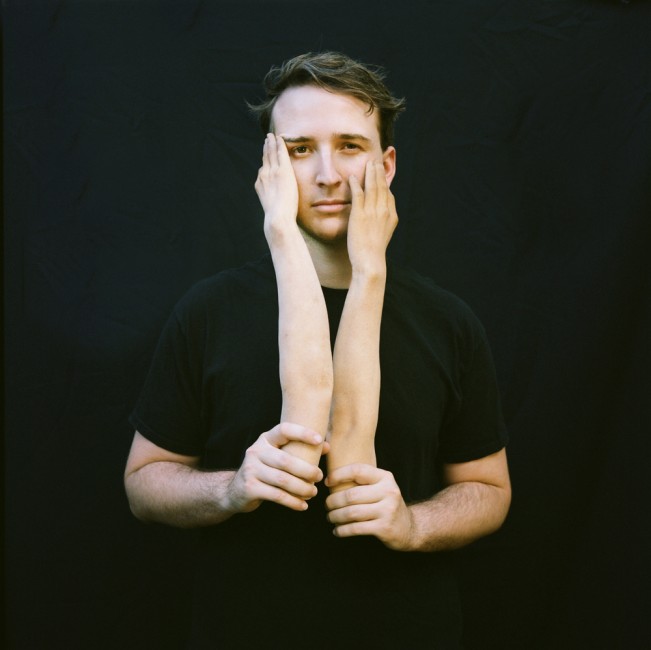 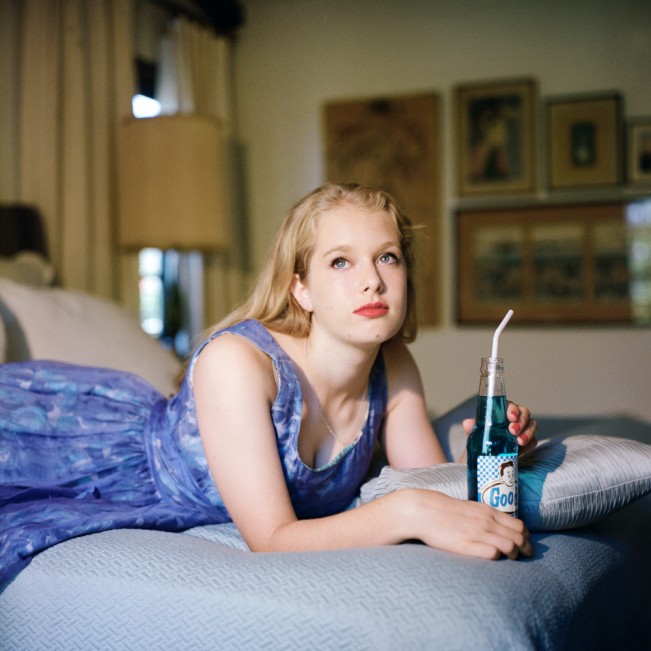 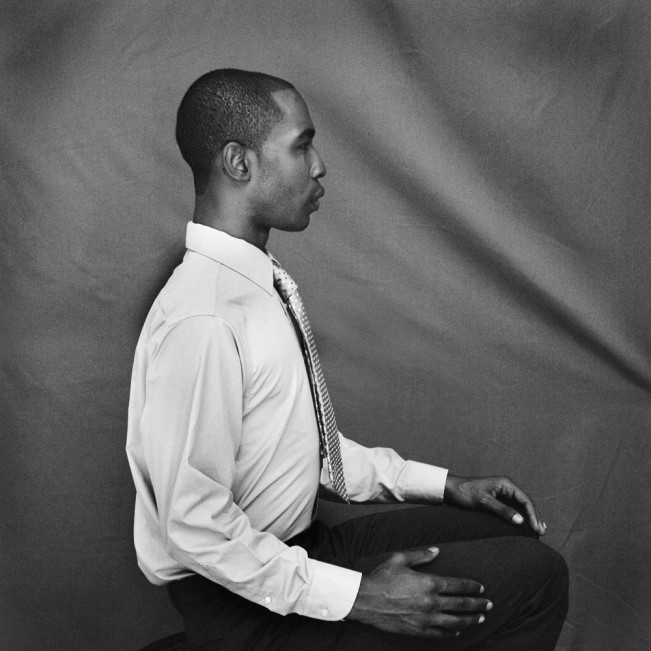 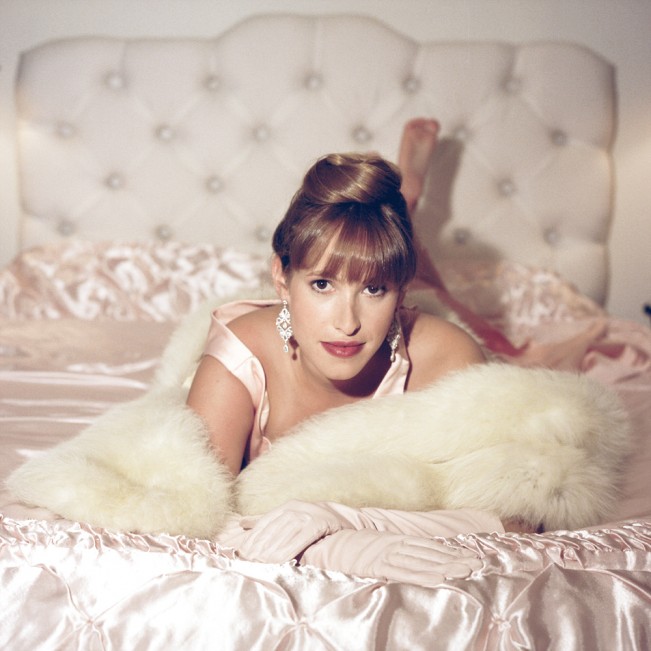 Maggie in Pink, from Hollywood at Home 2013 ©Aline Smithson 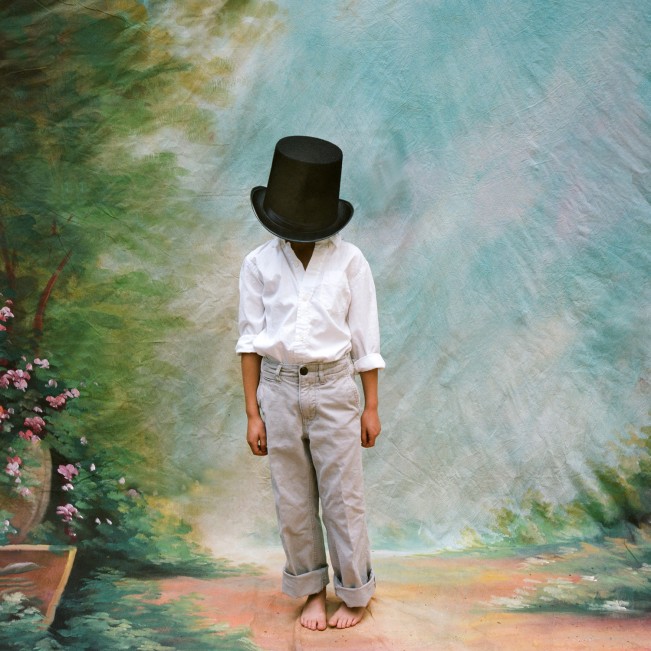 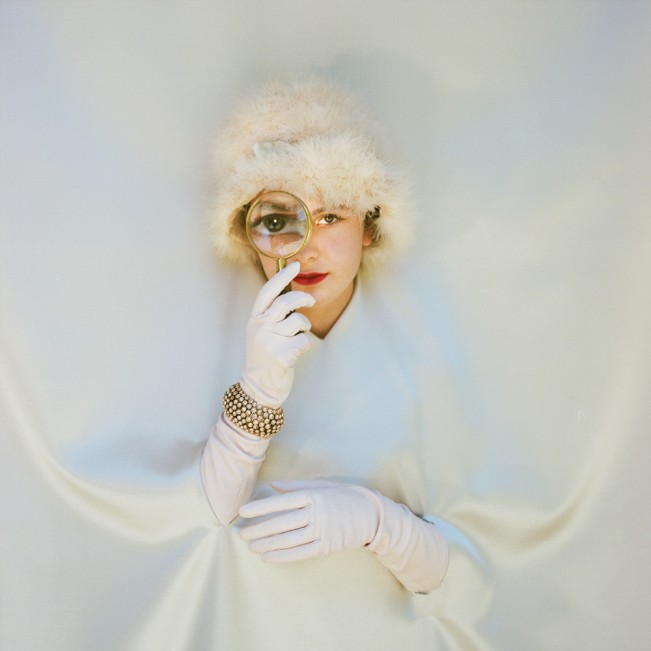 The Seer in Pink 2013 ©Aline Smithson 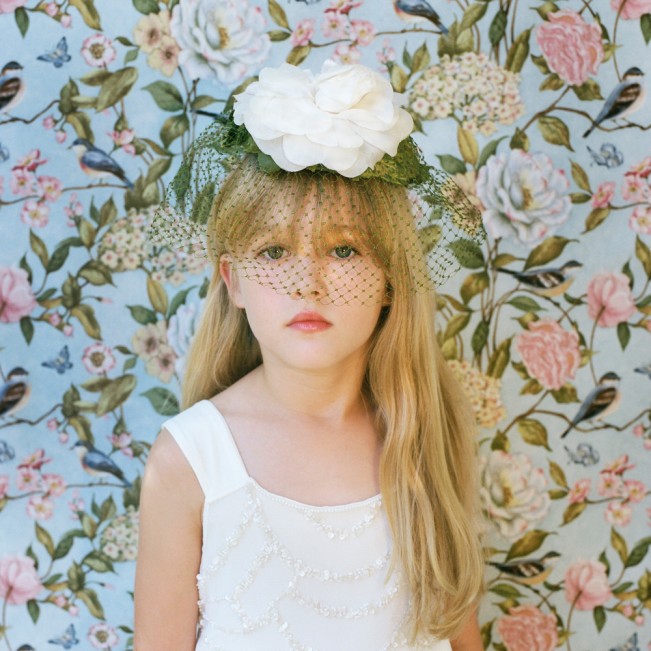 And a few tidbits from here and there… 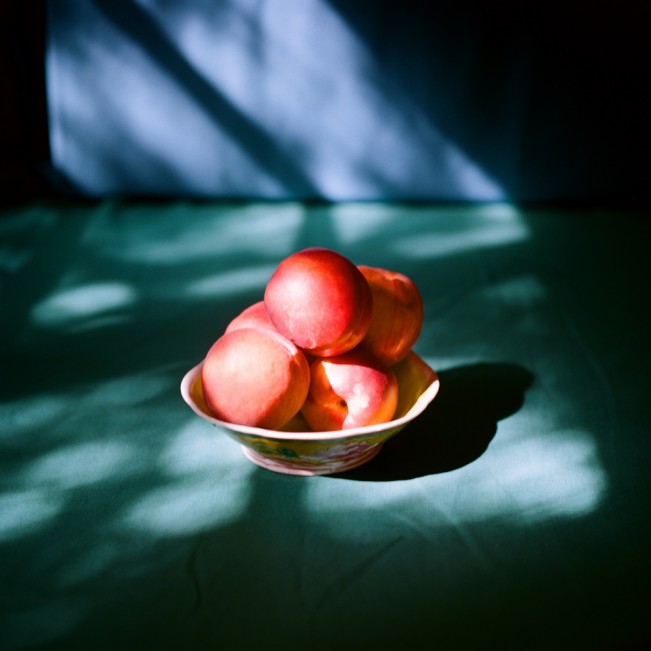 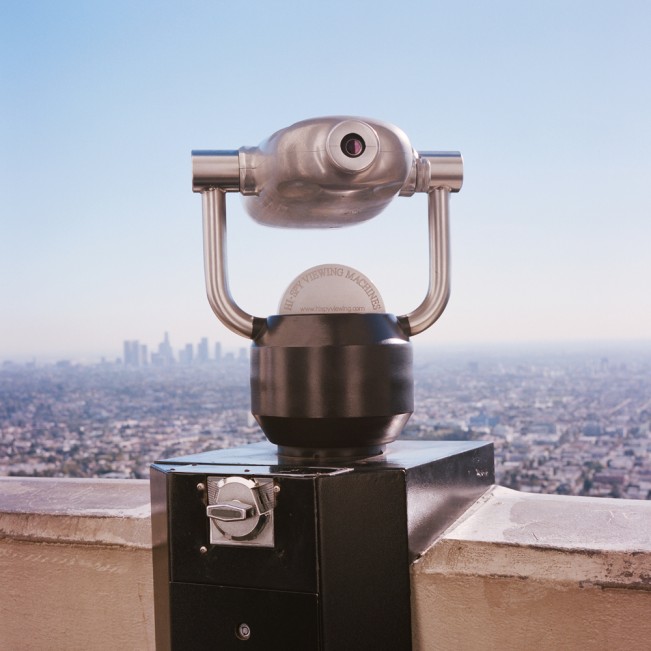 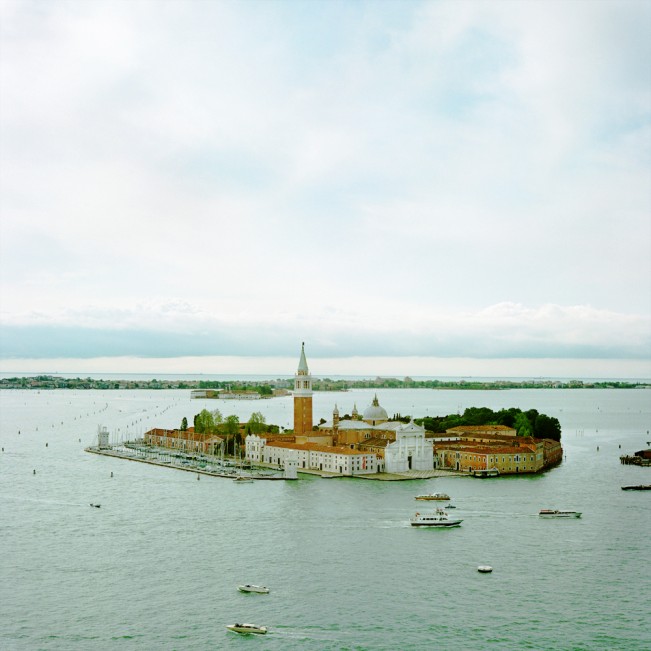 I’ve been recovering from pneumonia during the holidays and this weekend I was lying on the couch watching the movie, The Desendants, for possibly the 3rd time.  Towards the end of the movie there is a scene where the father (George Clooney) and his two daughters take his wife’s ashes out into the ocean to spread them amongst the blue waters.  As George Clooney stares down into the vessel filled with grey ash, it took me back to my own mother’s passing. We too were on a boat and as I watched her physical self combine with the waters off the California coast, it was an experience that was peaceful and at the same time unnerving. 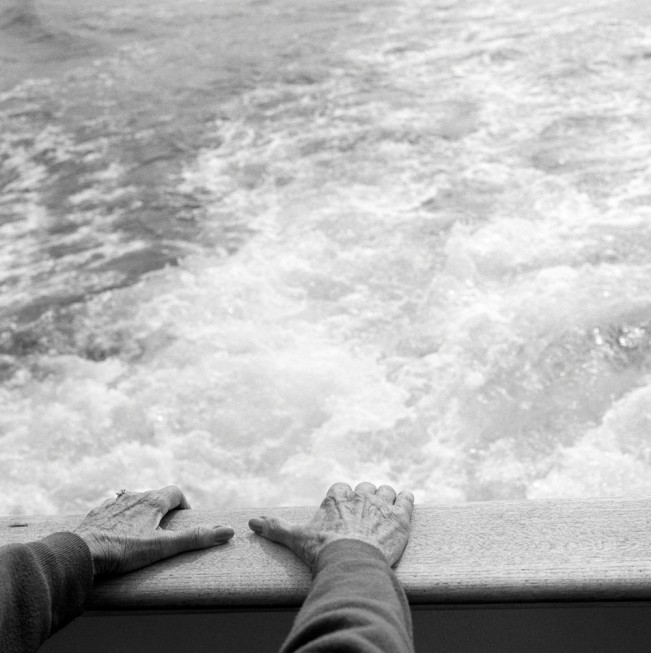 That same night, while still on the couch, I watched The Big Lebowski. It includes a scene where John Goodman tries to shake a coffee can full of ashes off a cliff into the ocean, only to discover that they have all blown back on The Dude.  I had to laugh as it was a lesson that the poignancy and the humor in this life are intertwined.  They exist side by side, the pathos and the laughter.  So, tell your stories.  Share your humanity.  Expose yourself. Life is too short for the snarky comment, for the quick dismissiveness that comes from not understanding something. Do some writing.  Go to an art museum.  Ask someone to tell you their life story.  Celebrate each other.  Get going.  The year will be over before you know it. 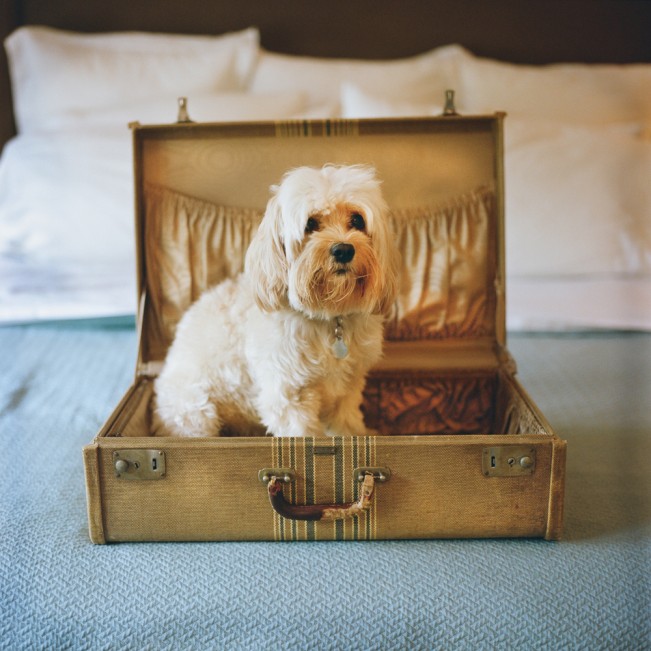