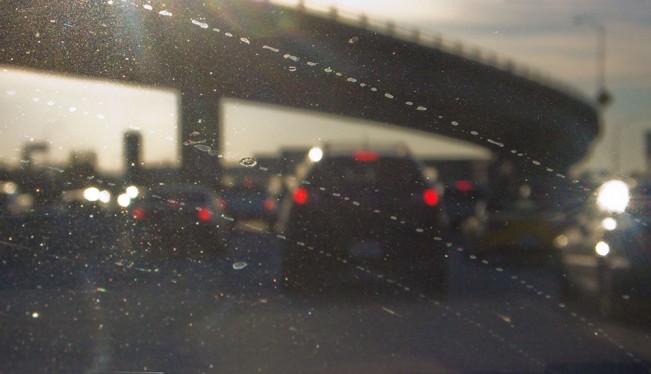 Sara Jane Boyers’ new project, GRIDLOCK, reflects life behind the wheel in one our largest cities, Los Angeles. There is a good possibility that we might be sitting in traffic when we attend her opening at the Leica Gallery in Los Angeles on March 8th running through April 13th (opening March 8, 5-7pm).  But it we will use her philosophy of looking at bumper to bumper traffic with visual potential. Her continuing project is a series of photographs shot from her car window while stuck in traffic. Sara comments: “GRIDLOCK is about being a Californian. About being in a car. About traffic. I am photographing from my driver’s window, first with my viewfinder-less Leica D-Lux3, and now the D-Lux5. Stopped. Crawling. Trapped. Riding on the clutch as I stay in 1st should the flow move on. Hoping to catch that elusive abstraction even while those behind me glower and gently nudge my car along.”  The exhibition also includes the work of Domenico Foschi and Sol Hill.

Sara Jane is California fine art photographer who, after successful careers in the music and publishing industries, has returned to a serious focus on her photography. She has exhibited at the Craig Krull Gallery and her has been included in museums, galleries and photo festivals including a GETTY PST exhibition at the Vincent Price Art Museum; Western Australia’s FOTOFREO Biennial; DESIGN/REACTION at the Pasadena Museum of California of Art; as well as two MOPLA exhibitions, the second organized and co-curated by Boyers; and SUMMER MIX, also co-curated by Boyers for LACMA’s Wallis Annenberg Photography Department. She is the recipient of two 2011 and four 2012 IPA Honorable Mentions for her work.

This is a project I cannot say that I looked for. Rather, it is about being immobilized, involuntarily confined and not in control; stuck in the all too commonplace bane of modern metropolitan life: traffic that seems to have no beginning, no end, and is incomprehensible as to its life-cycle.

The unsought and unseen has always fascinated me and that is what I face in this world within our freeways and by-ways, not only in Los Angeles but especially here. Stopped in this place of presumed mobility, taking photographs transported me from confinement to freedom, at least in creative vision if not movement. 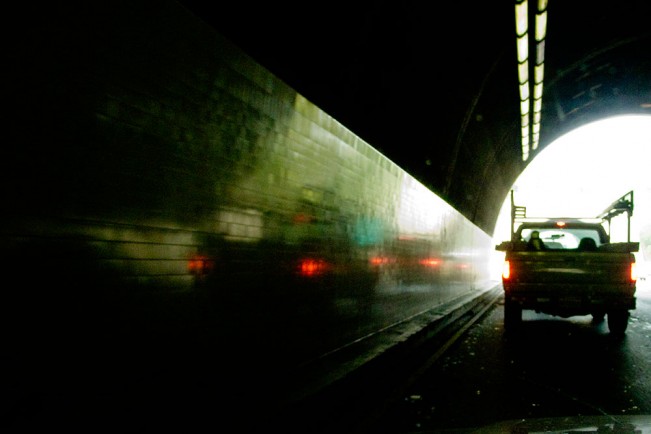 Thus GRIDLOCK is a series about random views, transporting disquieting space into purposeful moments. It is about risk and chance in this quixotic search to transform and capture light and story at a moment defined. It is about being in the wrong time and at the wrong place, that turns right via my camera. 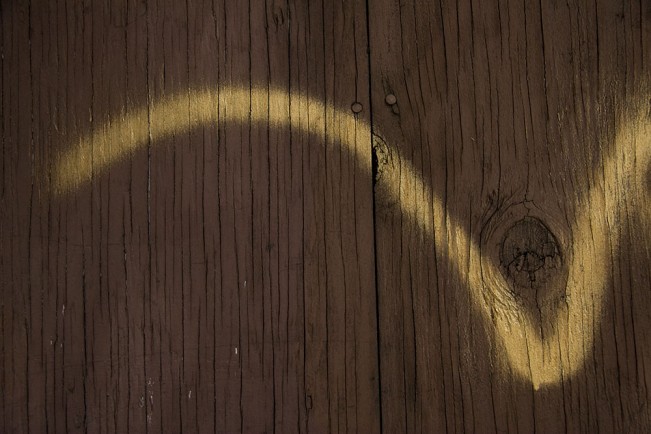 Los Angeles epitomizes an exacerbated form of what is going on in the rest of America where our cars clog roads and divert our plans to get somewhere, anywhere; inhibiting us from roaming freely around our cities with their many cultural and social offerings, forcing workers to leave their families far too early and return too late each day, and often contributing to a geographical segregation few of us desire. Traffic reinforces our sense of isolation, separates us from where we wish to go, from those with whom we want to be and from life we might encounter. The promise aventof new metros and wider lanes that will alter the corridors of our lives takes time and money government no longer has and all the while new cars and populations continue to arrive. 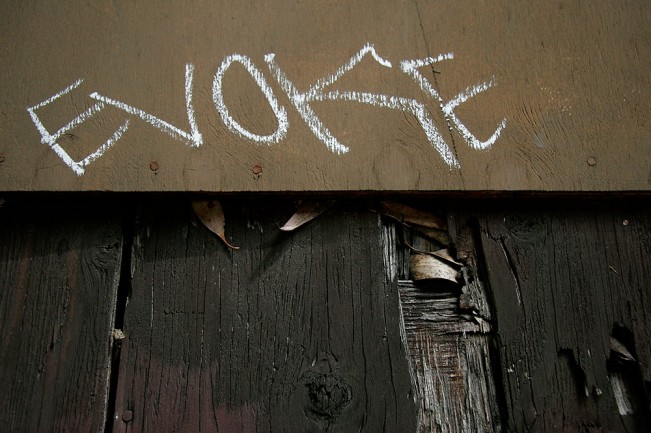 As for me, I creep through traffic with a sense of purpose. Until recently when I was forced to abandon a standard transmission, I would, brake, stop, shoot; then shift, brake stop and shoot, again and again. I used my little Leica D-lux with its LED screen to capture what was around me: a concrete world of function over form, surreal and abstract with plants that persistently push through the barriers and with little human intervention other than someone’s tag or detritus thrown or cast from vehicles; a world designed to be invisible as we whizz by. 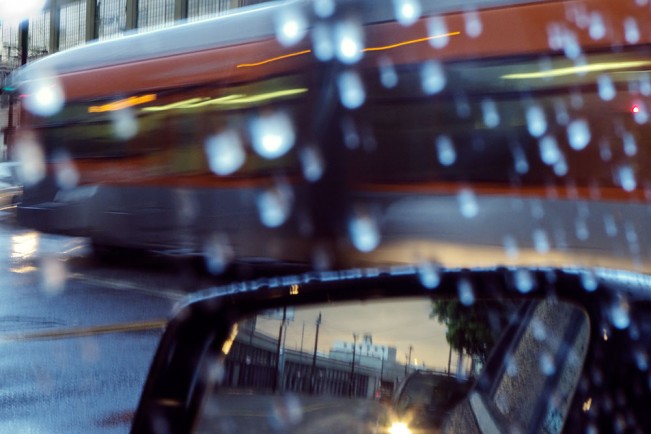 Do I want GRIDLOCK to go away? Yes of course, for while enjoying the city as my canvas, think what other projects and places I could only explore; if only I could get there 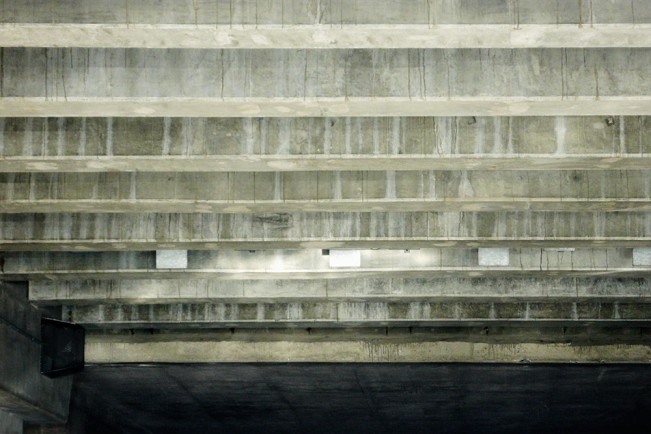 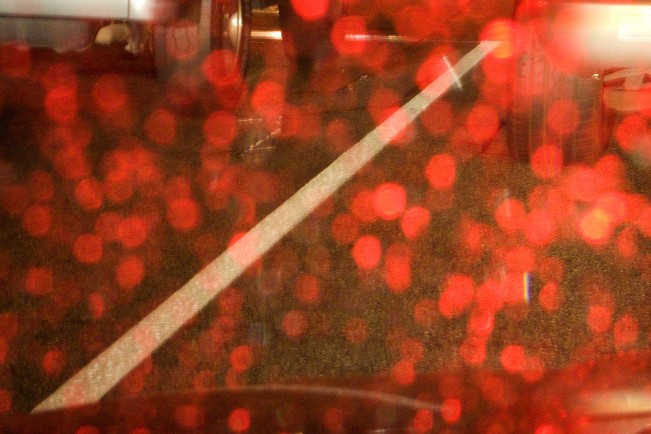 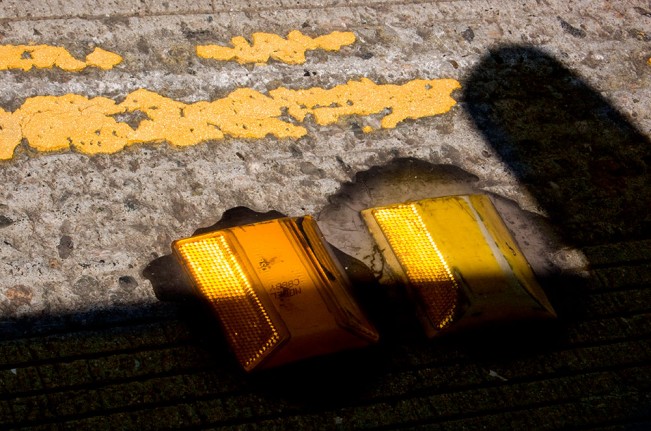 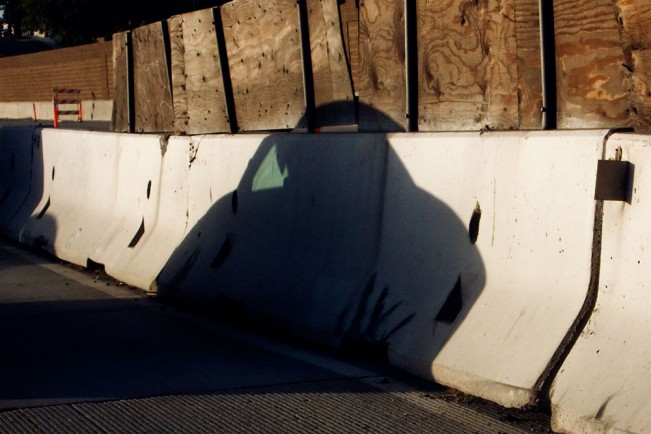 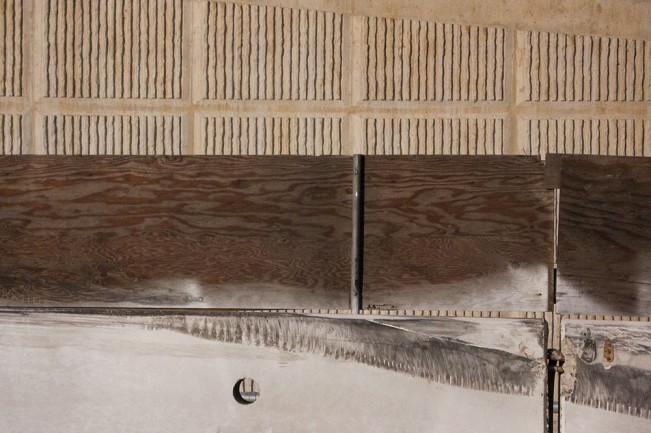 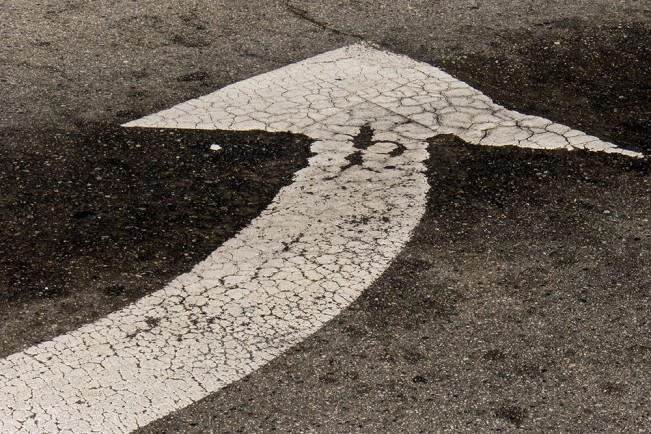 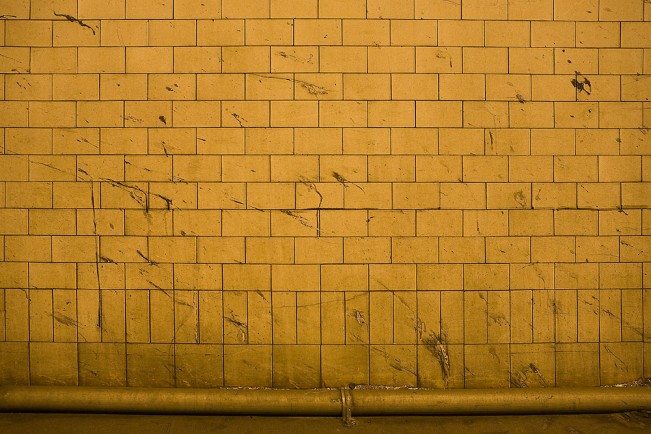 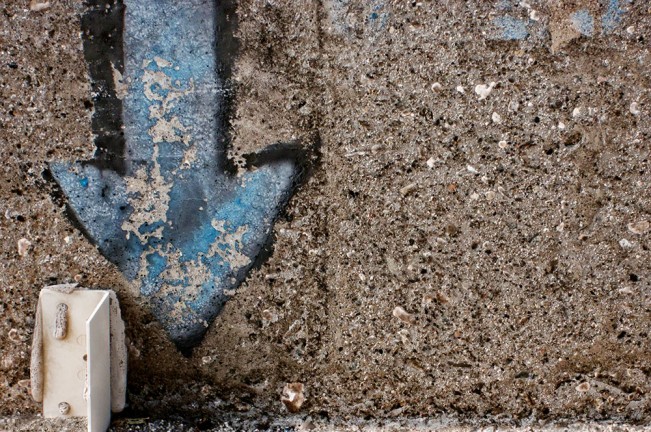 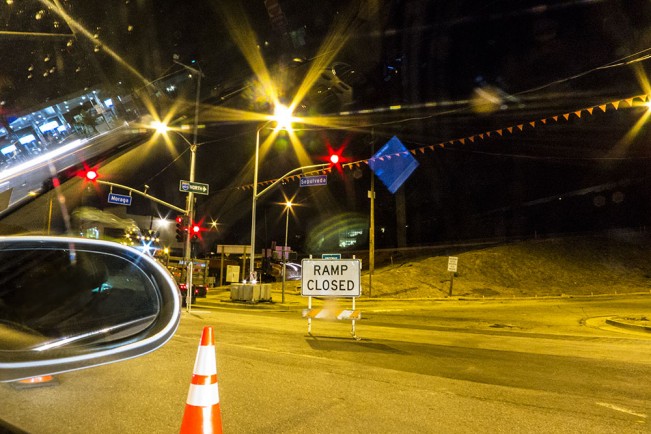 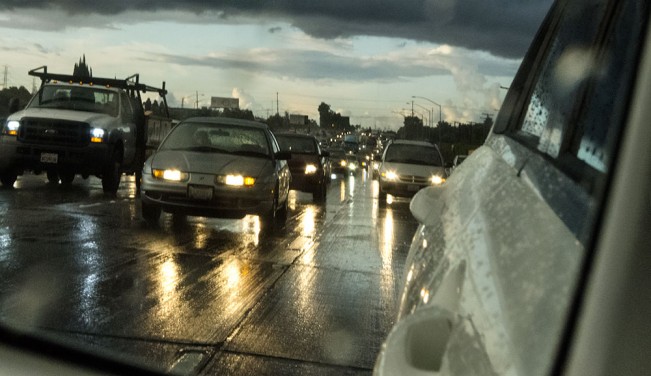